2018 Nissan Qashqai gets a facelift

If Japanese cars are best known for anything, it would be for their strengths in the safety department. Joining the existing Note, Pulsar and X-Trail models, the refreshed five-seater Qashqai will be equipped with Nissan’s Intelligent Mobility Technologies.

This includes features such as the Intelligent Emergency Braking, Driver Attention Alert, Blind Spot and Lane Departure Warning. IEB is an autonomous braking feature that debuted on the Nissan Pulsar.

Under the bonnet, it’s business as usual with the 1.2-litre turbo and 2.0-litre naturally-aspirated engines mated to CVTs - they should provide identical performance to the current models. The entry-level 1.2-litre turbo, which Nissan says is its best-selling model in Singapore, has 115hp, 0-100km/h of 12.9secs, vmax of 173km/h, efficiency figures of 5.6l/100km and 129g/km CO2.

After its last major makeover in 2014, where the Qashqai proved to be a huge improvement in all areas, Nissan is adding more than safety features too, and a tweaked look to the five-seater.

Owners of existing Qashqais may find the design to be somewhat familiar, though obviously Nissan has implemented a few changes along the way. The car has a more focused front end, with sharper styling all round, and the ‘V-motion’ grille Nissan has decided to adopt from its existing models - it’s the chrome flourish surrounding the Nissan badge and is now wider than before.

For the driver’s benefit, the steering wheel (which looks to have a totally new, flat-bottomed design) will come multi-functional with premium satin-chrome inserts. Functions will include a four-way built-in controller that takes charge of the combimeter display. According to Nissan, the new system allows more time for ‘eyes on the road’ and less distraction.

But it isn’t just the driver that gets better treatment here – passengers will see (and feel) a more spacious cabin with a new layout and higher-quality materials all round.

While the projected price of the Qashqai is likely to be less, the new Toyota Harrier and Mazda CX-5 also pack a very impressive feature set, which includes similar active safety features. And since many are hungry for a decent family car these days, the Qashqai could very well be a solution.

Here's a JDM rundown of some quirky-odd Japanese hatches 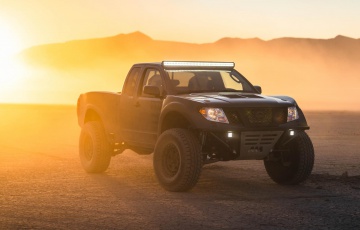