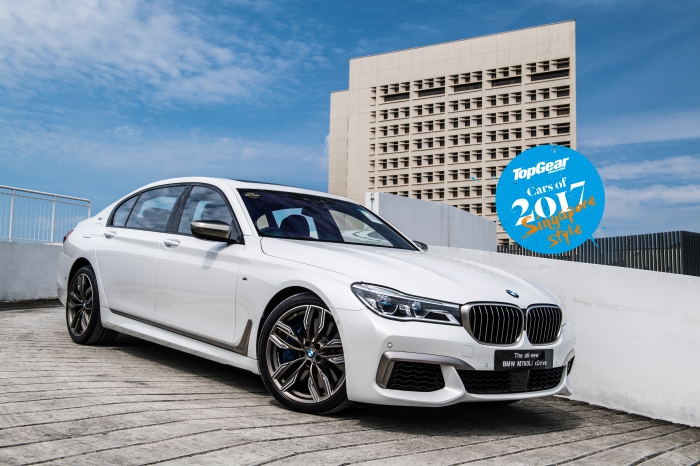 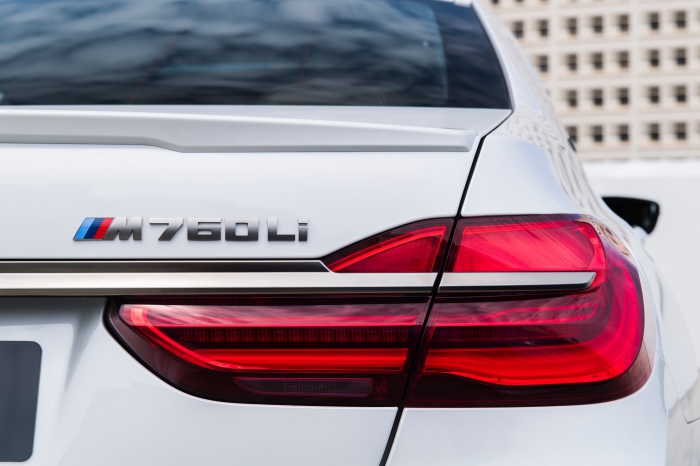 Singapore - With everyone clamouring for a M car, BMW’s diffusion M Performance Automobiles range (or MPA for short) gets the short end of the stick. Blame the BMW naming committee if you must, for being honest enough with its buying public by well, calling a spade a spade.

Look at Mercedes-AMG for instance; be it 45, 43, 53, 63 or 65, they’re all considered AMG, not AMG Sport or AMG-lite, just AMG. The line between Audi’s S and RS models is even more nebulous, with dynamic differences that aren’t as tangible as the price difference between the two. 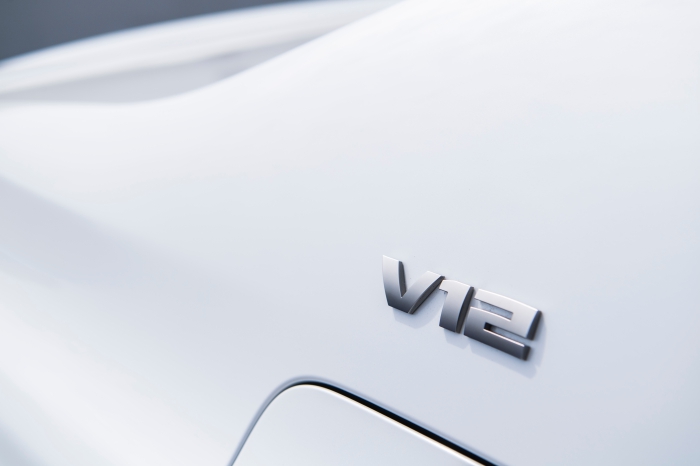 BMW isn’t one to take this lying down, and fires back with the range-topping M760Li xDrive, a twin-turbo 6.6-litre V12 sporty lux-limo. In one fell swoop, the brand has catapulted a MPA model to the top of the BMW heap, yet also trumps the V8 powered rivals like the Mercedes-AMG S 63, Porsche Panamera Turbo and the M760Li’s distant cousin, the Alpina B7, with its V12 powerplant. As far as BMW is concerned, M cars are track-ready and track-honed, with edgy dual-clutch gearboxes and angsty, angry soundtracks to go with the engine’s stupendous performance and uncompromising chassis. 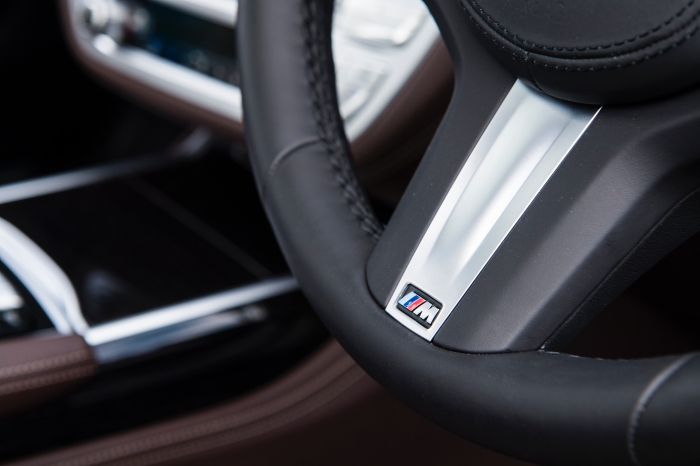 On the other hand, the MPA models are ‘M-lite’, and tuned for fast-road use in real-world conditions (as opposed to perfectly controlled track environments), but they’ll also soak up the daily drudgery of work-home commutes, as well as let the driver indulge in moments of madness when the red mist descends. There has always been a V12 in the 7 Series line-up ever since the second generation E32, but it is only in this sixth generation G12 that the entire car has been tuned by M to deliver dynamic performance as a MPA model.

Given that BMW takes its M models very seriously, it couldn’t justify the creation of a full-fledged M7, because that would go against the raison d'être of a limousine to begin with, and so it was decided that the 7 would become a MPA model.

We sampled the S 63 in AMG’s variable 4matic+ drivetrain and it was brilliant – unfortunately, right-hand drive cars for Singapore will be rear-drive only, just like for the B7.

Happily, the M760Li retains the xDrive all-wheel drivetrain and adds active rear steering to boot, and we were able to get it into all sorts of naughty positions around The Thermal Club’s race-track during the launch drive in Palm Springs. While no one bats an eyelid at the prospect of fast limos from AMG and Porsche, everyone who saw the M760Li in our list has asked, “Who wants a sporty 7 Series, wouldn’t you buy a Bentley instead?” Well, not everybody appreciates the image of conspicuous consumption the Flying Spur exudes, especially if you plan on making regular trips across the border. 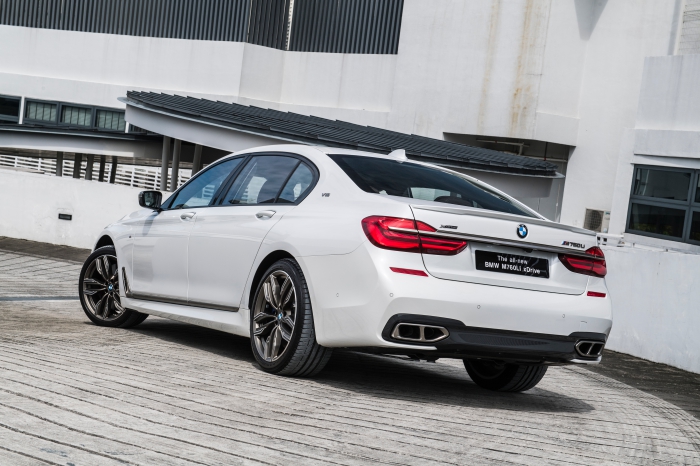 The M760Li is super-stealthy, yet devastatingly fast on both the open roads, as well as the twisty bits, with a playful balance to the car that belies its proportions. The performance-tuned 7 also heralds the current era of owners who have no qualms self-driving themselves, as opposed to relying on a chauffeur 24/7. There are discreet concessions to vanity in its aesthetics, such as ‘V12’ emblems on the C-pillars, even smaller ‘M’ logos on the front flanks and Cerium Grey highlights on the kidney grilles and assorted garnish around the car... 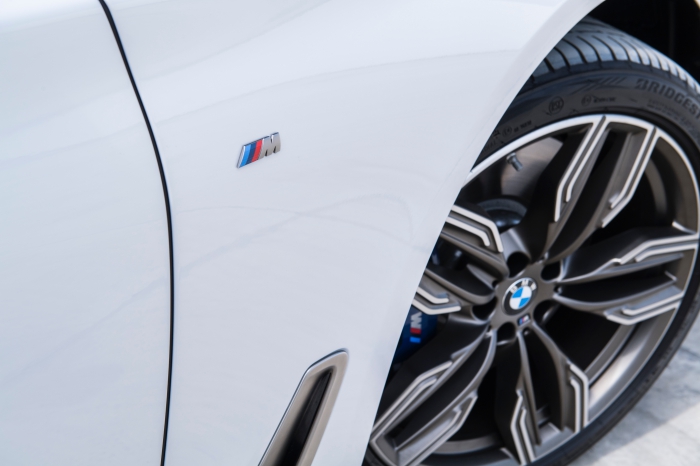 ...as well as the gorgeous 20-inch ‘760M’ light alloy rims. The cabin is all 7 Series, properly plushly-posh and is fully customisable, so the sky (and bank balance) is the limit. The V12’s sanguine power delivery and perfectly insulated cabin mean the M760Li puts on speed with deceptive rapidity. You don’t realise how fast the car is going until you spot the speedometer, and that’s normally prompted by the kaleidoscopic blur at which the scenery is passing you by.

This is  one of the large limos we’ve had the pleasure of punting around a circuit, and that was probably the exact moment we realised the M760Li had to make it to our 2017 Cars of the Year list. Like so many other modern sportscars, the active rear steering transforms even behemoths like the 7 into a dainty dancer that will flit from corner to corner – the combination of big torque and rear-steer lets it float like a butterfly through the twisties, yet sting like a bee on the straights. 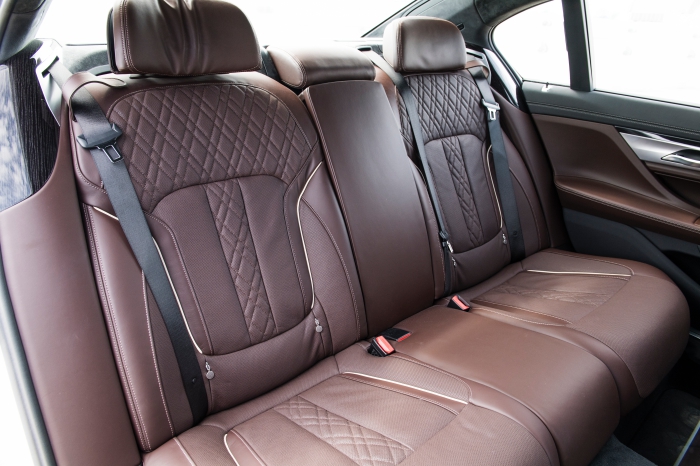 With such performance also comes great restraint: the M760Li will waft with the best of them, but when you’re pressing on, the V12’s power delivery is never abrupt; there’s just a relentless surge of pure propulsive force as you’re catapulted towards the horizon.

With 800Nm available from under 1600rpm, it makes brisk and immediate progress from a standstill as well, and slower moving traffic will only have the echo of its strident soundtrack for company as it demolishes the 100km/h sprint from stationary in 3.7secs. Prospective owners of the M760Li don’t need to follow trends or the chatter of their contemporaries. BMW’s range-topping sports-limo is a powerful personality and veritable force of nature that operates in a rarefied segment best appreciated by the discerning, and it never likes to take “No” for an answer... 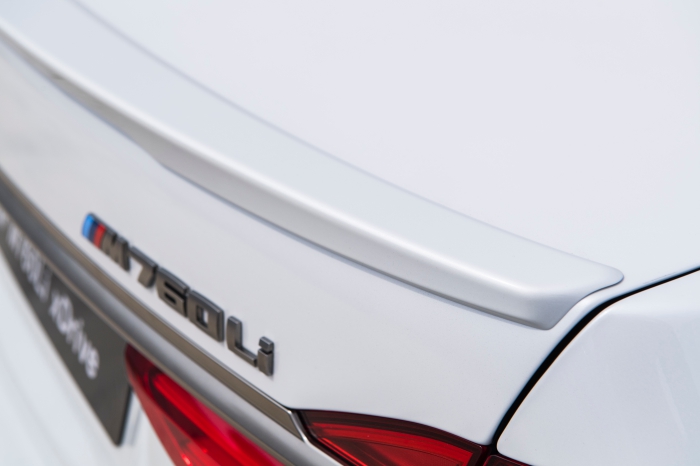 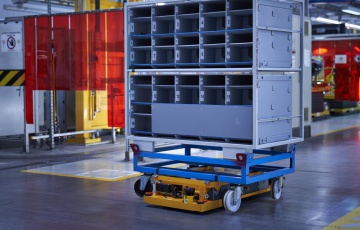 Anyone else getting a ‘Cyberdyne Systems’ sort of vibe? Just us? 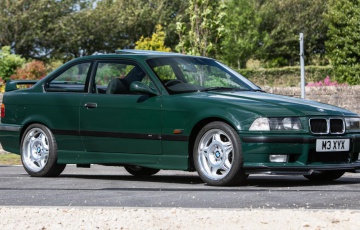 11 of the BMW M3's coolest ever details

Celebrating the BMW M3's coolest bits... in this non-definitive list