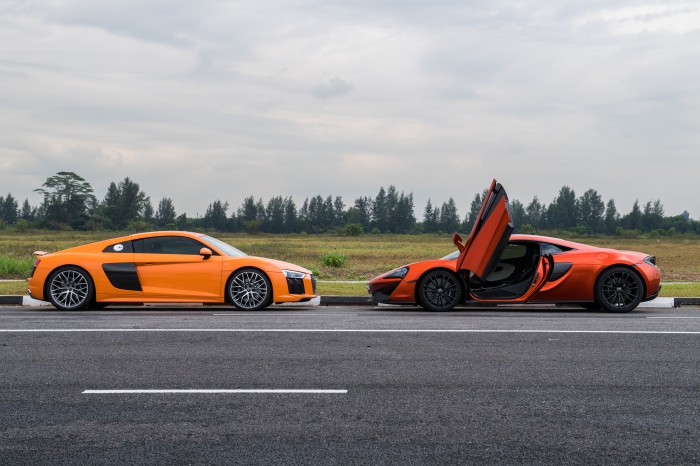 SINGAPORE - Having both the McLaren 570S and Audi R8 genuflect in front of me along with their keys in my sweaty palms is very much like having the keys to the Roman Empire, sans bloody politics.

As with any ascension to the throne, having fun with the title is what most kings are inclined to do with their reigns and I intend to do the same, albeit for a lot shorter period, sadly. 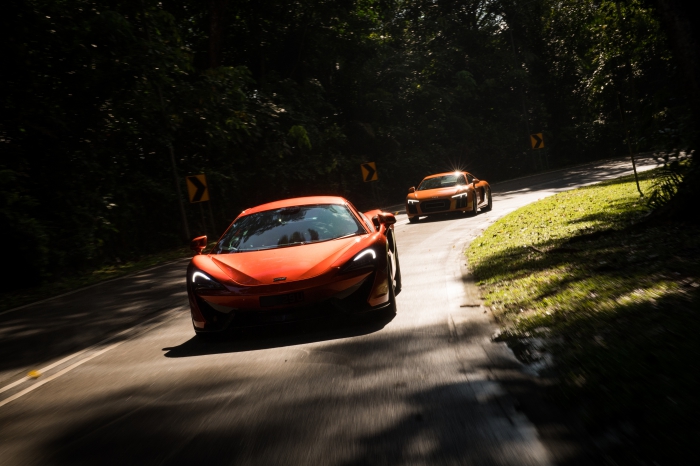 It used to be that million-dollar sportscars were naturally-aspirated, because there’s nothing more obnoxious than a large, snorting nat-asp engine at the heart of an equally flamboyant exotic, and this is no bad thing thank you very much since this is the nature of the beast.

Due to today’s engine downsizing – for the sake of emissions – as well as advances to turbo technology to improve engine response, nat-asp engines are going the way of the dodo – the 488 for instance has joined the CaliT and GTC4Lusso T and become force-fed.

Happily enough, R8s and Huracans remain defiantly nat-asp, even if McLaren embraced turbos from the very get-go with the MP4-12C. For the sake of our dear readers, we’ve pulled out the R8 and the 570S to properly examine the two brands’ engine variations on the sportscar theme. 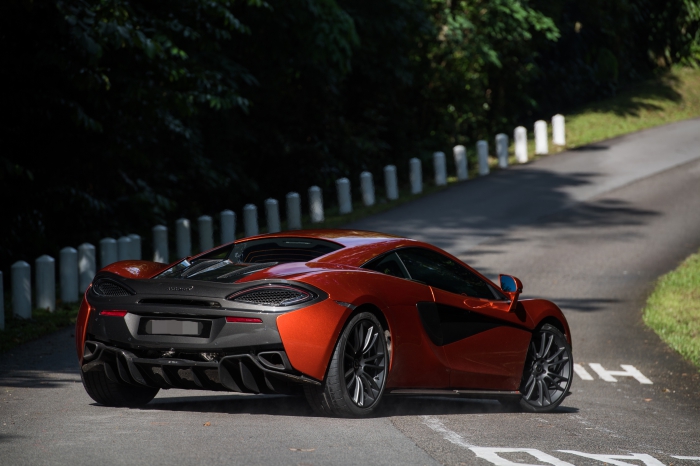 It’s hard to imagine that McLaren Automotive has been operating for just over five years. Road-car production was something it hadn’t indulged in since the legendary F1, a limited production supercar that gave 80s/90s kids many nights of wet dreams. In 2011, the McLaren MP4-12C, which was shortened to 12C, was the company’s first serial production car.

Although it boasted incredible performance figures, the 12C was found wanting in the looks department. Five years on, we see the brand’s extensive portfolio, now divided into three groups: the Ultimate Series with the 903hp P1 Hypercar; the Super Series with the 650S and the loco 675LT. Most recently, it introduced the Sports Series, with this baby brother, the 570S. 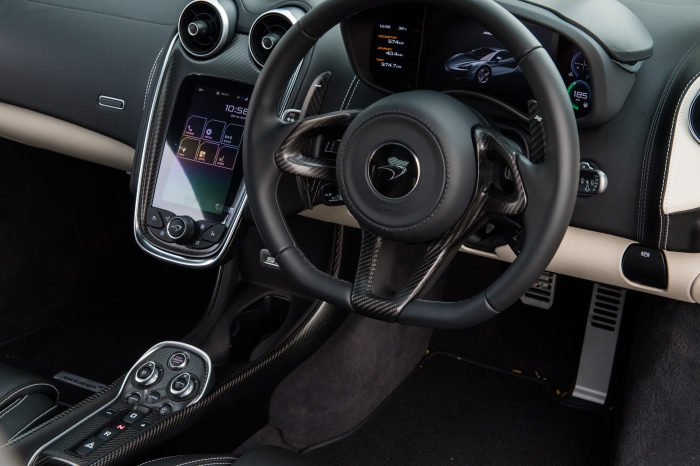 Gone are the carbonfibre body panels from the Ultimate and Super Series; instead McLaren has worked its magic on aluminium panels, which covers almost the entire car’s body. By using a method called ‘Superform’, where hot aluminium is blown into complex shapes into a mould, the 570S sports curves that puts the world’s supermodels to shame. 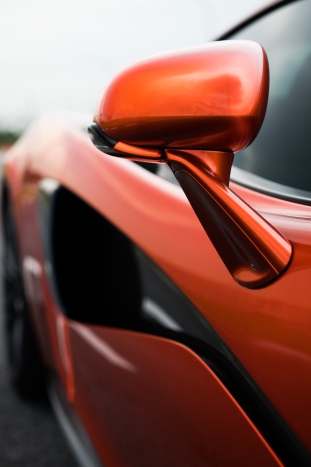 The 570S’ curvaceous body wows with its P1-inspired body and a ‘tendon’ feature on the doors’ sides, which gives it a graceful yet functional design so air can be channelled into the intakes. Furthermore, the highest point of the front wheel arches allows the driver to place the car properly and will save you a pretty penny in rim repairs.

Like all McLarens, form follows function, and the aluminium panels weigh almost the same as their carbon composite counterparts. Last but not least, do I need to bring up the gorgeous dihedral doors? Those are proper “doors of a billionaire”, to quote the TV series, Silicon Valley. 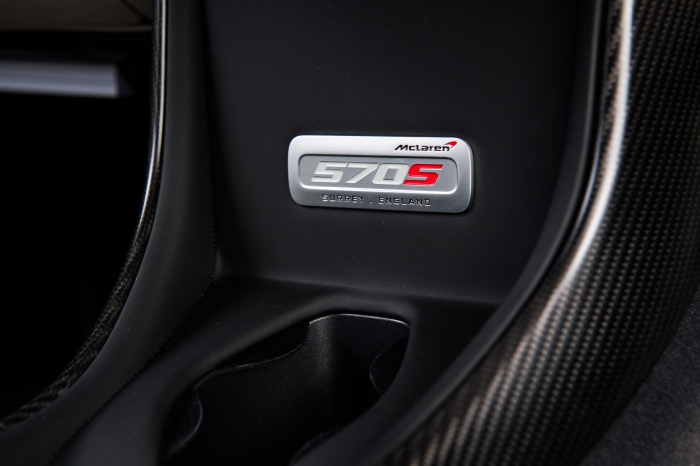 The Sports Series is built upon a second-gen carbonfibre tub, the Carbon Monocell II. Its downward sloping sill is 80mm lower at the front, which gives passengers a better time during ingress/egress (your lady friends and larger pals will thank you for it).

At 75kg, it’s lighter than an aluminium chassis and stiffer too. During a visit to the Woking facility, I learnt that McLaren only uses one car for the crash test, whereas other brands could have used multiple cars. (Ed: we know how strong this is because a few pals in McLarens have walked away from bad crashes) 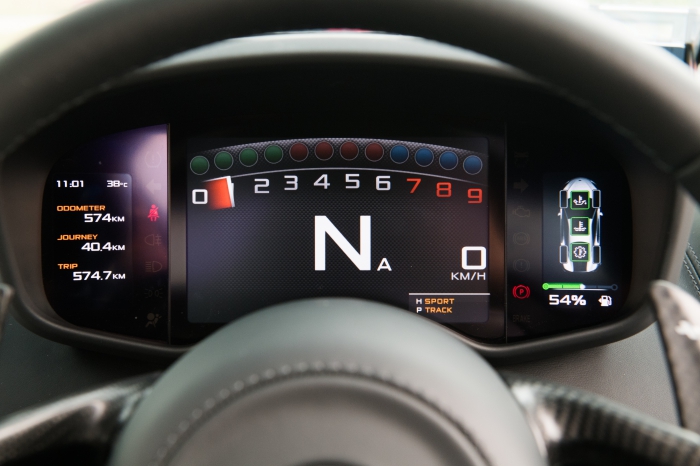 Engage the start/stop button and the engine comes to life with a bassy growl, with the sound swell filling the entire cabin before settling into a light drone. Accelerate away as you switch the ‘Active Panel’ to Track and the car’s crisp exhaust note rouses into a raucous roar.

McLaren has come a long way with the exhaust tuning by giving the Sports Series a fuller sound. It’s a far cry from a nat-asp engine but nonetheless a marked improvement for one that’s turbo’d. 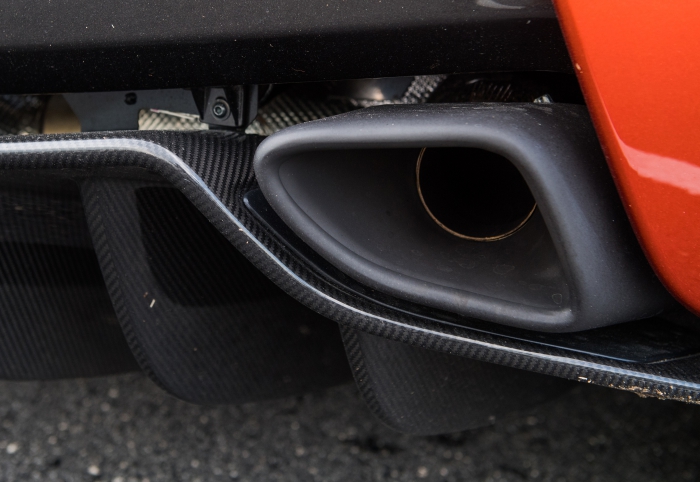 Flat out, I hit license-losing speeds with ease; the relentless surge from the V8 shows no signs of fatigue as the needle homes in on the redline with righteous ferocity, almost like a nat-asp save for that elastic band of turbo torque in the mid-range.

Even with an aero neutral design that relies mostly on mechanical grip, the car never feels like a loud-mouthed overachiever; instead, it goes about its job with ease and confidence. 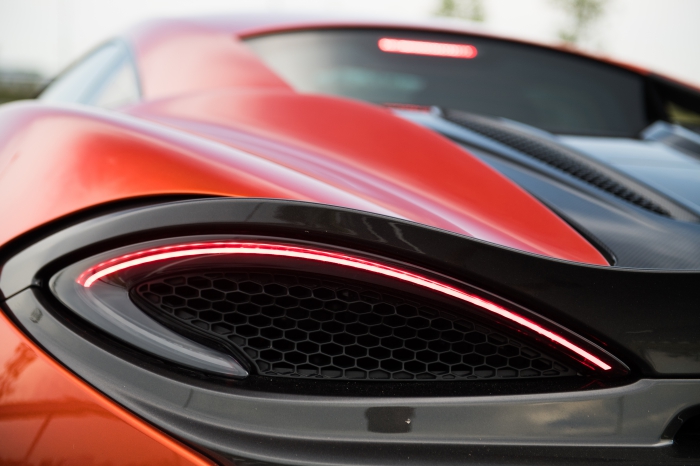 Even at track speeds, the carbon ceramic brakes work with stable, heart-stopping effectiveness, without any nervous movements at the rear as the weight transfers.

Also, with an electro-hydraulic steering rack over a full-electric one, every nuance of the tarmac can be keenly felt, while the brake-steer system provides sharp turn-ins as it applies braking force to the inner rear wheel.

McLaren engineers clearly placed driving enjoyment above all else and it has paid dividends. The Sports Series rewards drivers by creating a sense of synergy between man and machine, as each throttle and steering input started feeling like an extension of my body. 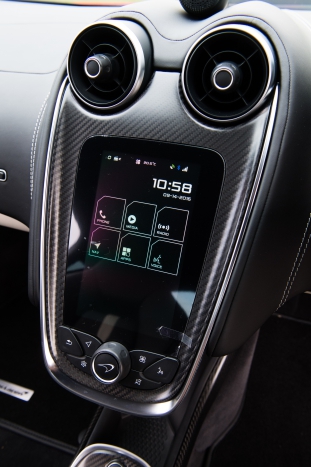 On the inside, the 570S sports a minimalist layout as befits a serious driving instrument, with a steering wheel devoid of buttons and a centre console panel to control the car’s systems. On daily commutes, it’s surprisingly easy to drive and the gears upshift quickly at lower rpms in ‘Normal’ for smooth urban progress.

The pliant ride does a decent job of smoothing out uneven surfaces – after all, it’s no limo by any stretch of the imagination. McLaren’s intention with the 570S was for it to be an everyday sportscar, and I think they’ve done a decent job. 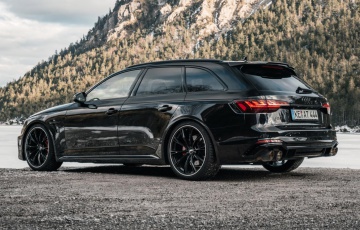