Boldly going where no Lexus has gone before [PTG] 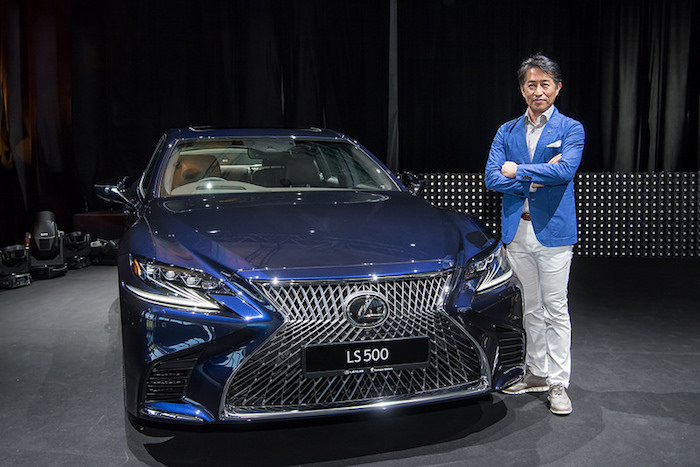 Staid; conservative; boring; ah pek – these are all terms you might have heard people use when describing a Lexus of the past. But moving forward, a fuddy-duddy image is exactly what Lexus doesn't want its cars to have, which is why so much effort has gone into the styling of its two flagships, the LC Coupe and this, the LS sedan.

The man responsible for Lexus' new face of luxury is Koichi Suga, and Top Gear Singapore recently had a chance to chat with him to find out more about the LS' design:

TopGear Singapore (TGS): Have you had any feedback from older customers that the design is too aggressive?

Koichi Suga (KS): A lot of Lexus owners are older customers, but I feel even though it’s an elder person, their heart is still very young, and they really desire to have something different, something new, to always want to be young, so i hope they are satisfied with the new design.

TGS: Do you think there is a danger that the front grille might be considered too aggressive?

KS: The first time everyone is surprised – oh, too aggressive! But people easily get used to things, so maybe the shock is this car being completely new or completely changed from before. 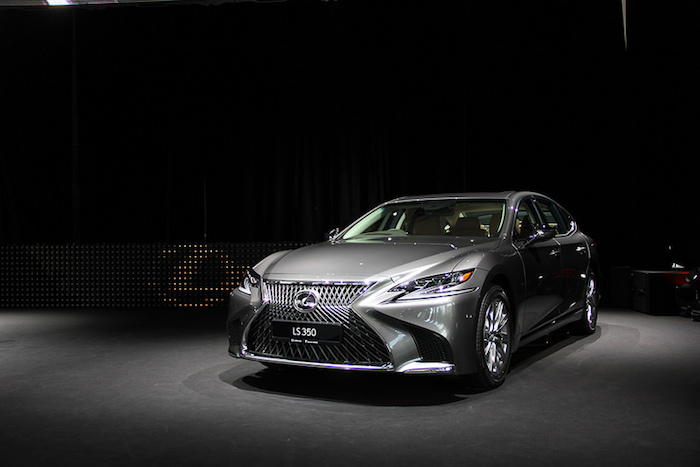 TGS: How closely did the design for the new LS have to follow the earlier gens?

KS: The proportions are completely different, and the image is much sportier. Surface treatment is very sophisticated and the way the side connects with the rear is similar with the first generation LS. It's not exactly the same, but we spent a lot of time to refine it to make it nicer, which is a very similar approach with the first gen LS. Similar approach but the result is different, much more sculptural.

TGS: Do you have to keep future Lexus models in mind when designing this? Since this is the flagship and may set the design language for the rest of the range in future

KS: We focused on the shape of the body’s side to catch more of the tyre (referring to the flaring of the wheelarches). This is a very slight movement but is very much unique for a large sedan, and was inspired by the LC. The LC has a very beautiful body, and this component was carried over from the existing Lexus lineup.

TGS: But will there be any design elements from this that will go down to future Lexus models?

KS: At Lexus our design strategy is not to copy from big car to small car, instead we focus more on the cars’ character individually. We share the spindle grille, but even that has different proportions and different angles, so we don’t have any specific elements that must go into the ES or GS et cetera. But the basic philosophy is to enhance and express more the waves and the continuity of flowing lines from the bonnet to the cabin; the big picture is shared, but not the small details.

TGS: So for future Lexus sedans, will they share this longer, sportier, lower silhouette?

KS: Yes, because for a while Lexus proportions weren’t as good as other competitors, but since the LC we have a new platform, so therefore we spent a lot of time to get nice basic proportions. The surface treatment is much simpler compared to the Lexus lineup of a couple years ago, so we are gradually focusing more on this tendency. It’s going to be more simple execution, but the basic proportions will make much more of a strong statement. 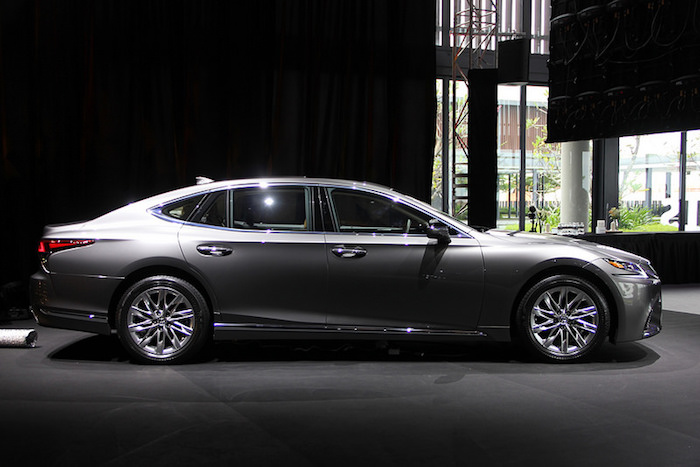 TGS: So the traditional three-box shape is no more?

KS: Well not quite; in a sense it’s still a three-box, but a much more unified three-box.

TGS: Ok last question, what would you say to an older Lexus customer if he comes up to you and tells you the styling is too aggressive and show-off?

KS: I would just say “I’m sorry” (laughs)! We need to focus more on the younger generation, people who will be buying these cars in the future. But that’s part of the job, there will always be someone unhappy or who has a complaint!

Jonathan is an avid racer and drifter (when he can afford it) and strongly believes any car can be a race-car if you have a sufficient lack of self-preservation... which helps explain why he nearly flipped a Chinese van while autocrossing it.