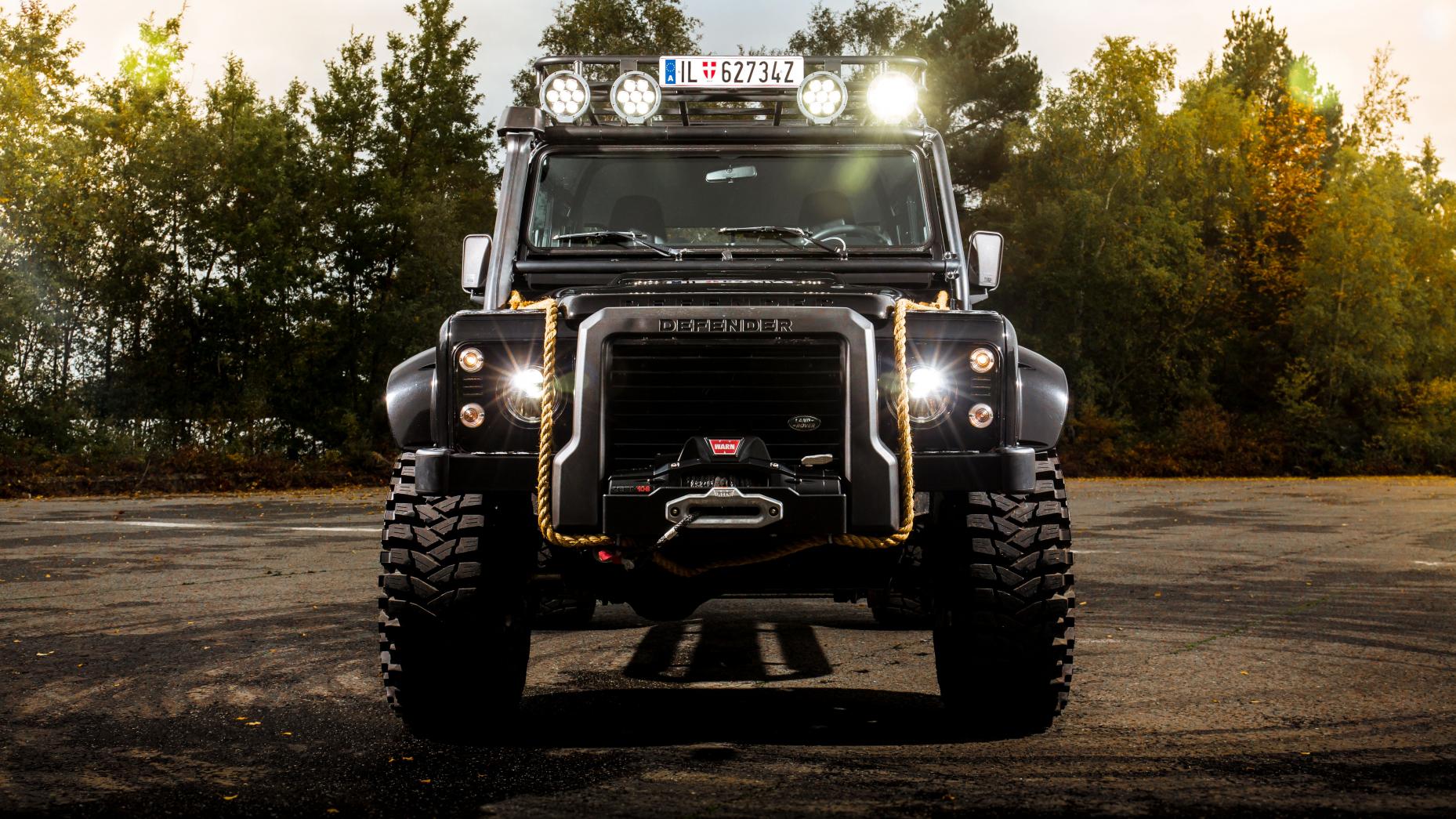 First, I've got to actually reach the driver's seat, which is somewhere around chest-height. Immediately it becomes glaringly obvious I'd not make a particularly potent henchman.

By this point 007 would've long disappeared over the horizon in his Aston Martin, no doubt making a glib 'step too far' quip about ride height to his beautiful female passenger. Can Bond villains carry stepladders?

And then there's the monster I've just about scaled. The Land Rover Defender SVX. Yep, the faithful, endearing ol' Defender has grown horns and gone evil in its old age.

To create the aura of a Defender-gone-rogue that's been modified by some massive organisation's devilish skunkworks, Spectre's creators got Land Rover to, well, do exactly that. They handed 10 Defender Double-Cab Pick-Ups over to Special Vehicle Operations, which has the roofless Jaguar Project 7 and batty Rangie SVR on its CV.

Bond geeks will remember that 007 and Moneypenny already drove a standard Defender in the opening chase sequence of Skyfall, so Spectre's Defender (Defectre?) needed to up the ante.

Squinting down at the ground having clumsily clambered into the Recaro driving seat, I reckon they might have overcooked it.

Let's start with those tyres. They are 37-inch Baja-jobs fixed to mega-travel springs and dampers. So massive, in fact, that SVO fitted a separate Bilstein steering shock-absorber so the wheels' higher loads didn't wrench the steering rack out of its mountings.

Boxy extensions blister the wheelarches to make the whole caboodle fit. The life-size Tamiya rubber also creates quite a lot of friction so, to combat that, an uprated turbo's been grafted onto the venerable 2.2-litre diesel engine.

Forget Daniel Craig, this Defender is the car version of Sylvester Stallone: ancient, yet somehow overflowing with brawn.

It is a bloody enormous truck, unless you're from Texas, in which case I imagine this looks like a wieldy city car. Regardless, once I've scrambled aboard, discovered the bucket seats mean this is the first Defender I've driven with something approaching a logical driving position, the next thing that strikes you is that ' amazingly ' it's not bad to pootle about it. In fact, I think it's the best Defender I've ever driven.

Here's the nub. Defenders, God love 'em, are absolute rubbish to pilot on the road. Of course they are. Sorry ' I like them too ' but it's a relic, an antique workhorse. It's the B-52 Stratofortress of the roads.

And yes, even in the movie car, the same endless steering lock that takes days to unfurl is present, as are the rattly windows and Brunelian steampunk gearbox.

But, because this one's got the suspension dexterity of a WRC car and tyre sidewalls like a king-size mattress, it's got something approaching a pillowy ride. And their sheer purchase on the road means there's some self-centering effect to the steering, so it's actually easier to tack through a series of bends than in a standard Defender. Really.

It doesn't like to stop, though. Fortunately, it has the aerodynamics of the Empire State Building, which sort of does that job for you. And if you do come a cropper, there's the mother of all winches hooked up to the front.

Yes, there are mods upon mods. Beyond a winch heavy-duty enough to tow the Queen Mary 2 out of port, SVO pinched the lights off Wembley Stadium and affixed them haphazardly to the front of the Defender SVX. This is not a car you'd want to flash someone out of a junction with, because it'd probably incinerate your unsuspecting fellow motorist and be deemed a warning shot by intelligent life on distant planets.

Whether it's E.T. or 007 that gets a bit fighty, you'd stand a good chance of surviving a decent scrap in here. Of course, the sheer size of the SVX bathes you in that warm glow of high-ground invincibility, but it's a tough as old boots too.

Behind the front seats there's a compressed gas canister, which at first glance looks like it might be full of Torretto-spec NOs, but is in fact a mobile tyre-inflator. Should you need to let some pressure out of the boots to chase Bond over say, sand dunes or ski pistes, there's no popping to Halfords for an air top-up on the other side. And it'll laugh in the face of punctures. Handy.

Same goes for the integrated roll-cage and roof-rack. Just the thing for those outdoorsy camping weekends, or executing a dastardly plot to destroy the world via a secret crime syndicate.

I'm not allowed to go gallivanting into the scenery in this Defender. SVO only built ten, and several (though the Land Rover chaps won't let on exactly how many) are now in various states of disrepair having been on the business end of an Alpine action scene in Spectre. So this one's probably worth quite a lot of money, and they'd rather I didn't scratch its paint.

Nevertheless, as the SVX and I bumble through a particularly deep puddle, its paddlesteamer tyres scoop up a river of mucky rainwater and fling it in a graceful arc through the open driver's window. Whoops. Luckily, the 900bhp petrol-electric Jaguar C-X75 is idling nearby.

Now that's the sort of car one could make a quick getaway in, just as soon as I've abseiled out of the murky Defender. My cue to exit stage left, I think. 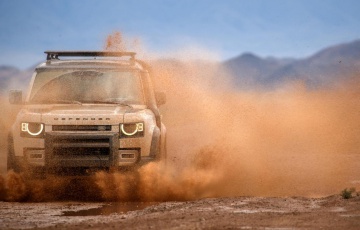 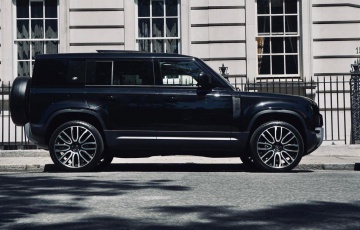 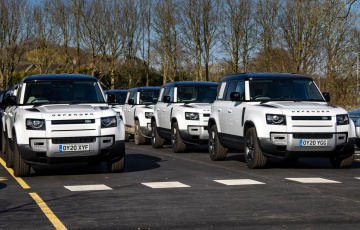 Plus: Ford is making ventilators and Lamborghini is making masks