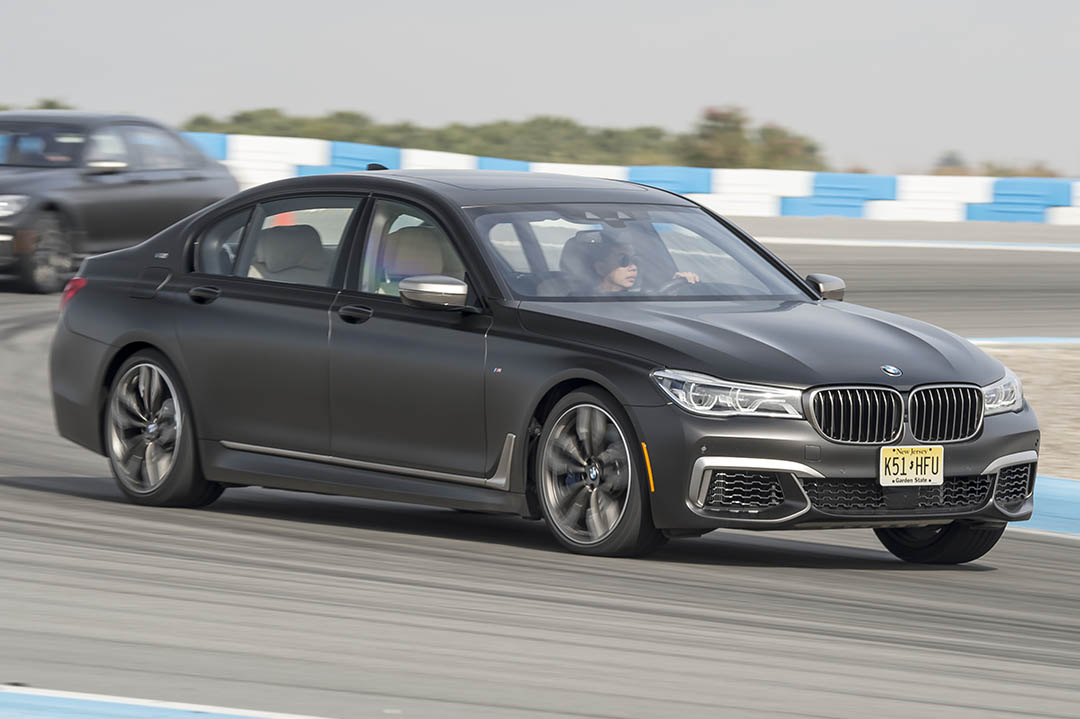 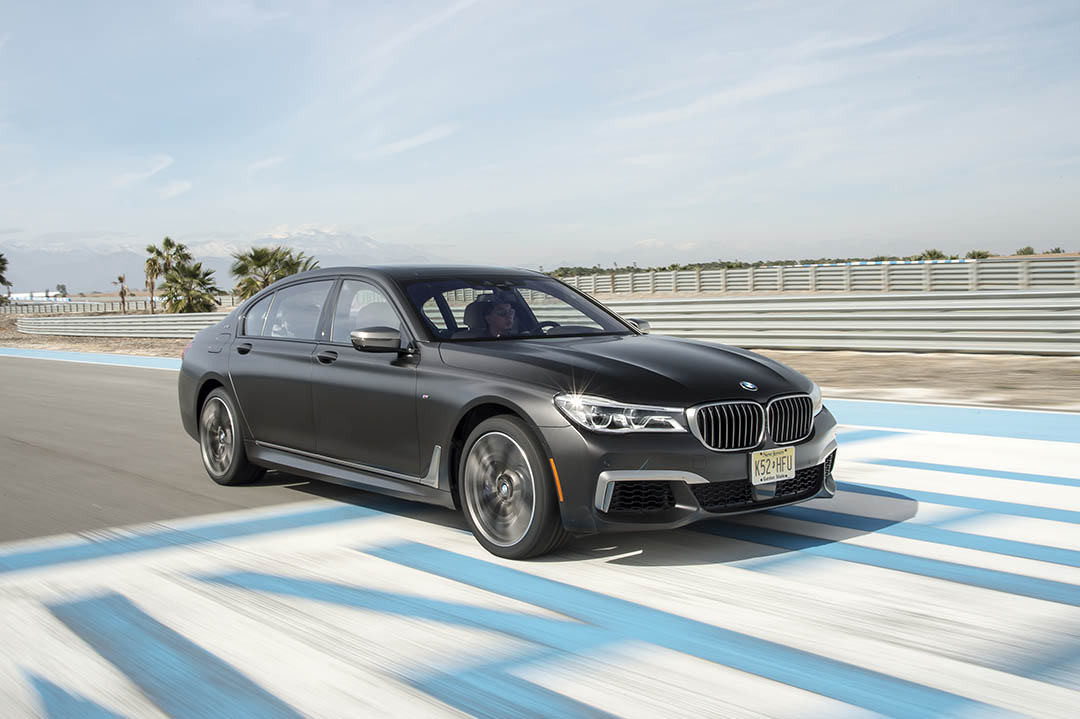 The Thermal Club, Palm Springs, USA - Unlike the Mercedes-AMG and Audi Sport offerings (the S 63/ S 65 and S8 respectively), BMW has never jumped on the sporty luxo-limousine bandwagon with its 7 Series.

There have been V12-engined 7s before, but up till the launch of this M760Li xDrive, if you were on the hunt for a sporty ‘7’, you’d have to look towards the Alpina B7.

However, BMW is clearly keen to muscle-in on that game; with some tweaks and tucks from the M Performance division, BMW’s latest V12-powered flagship 7 Series looks set to rock both highways and winding roads, and if you’d believe, the occasional track outing as well. 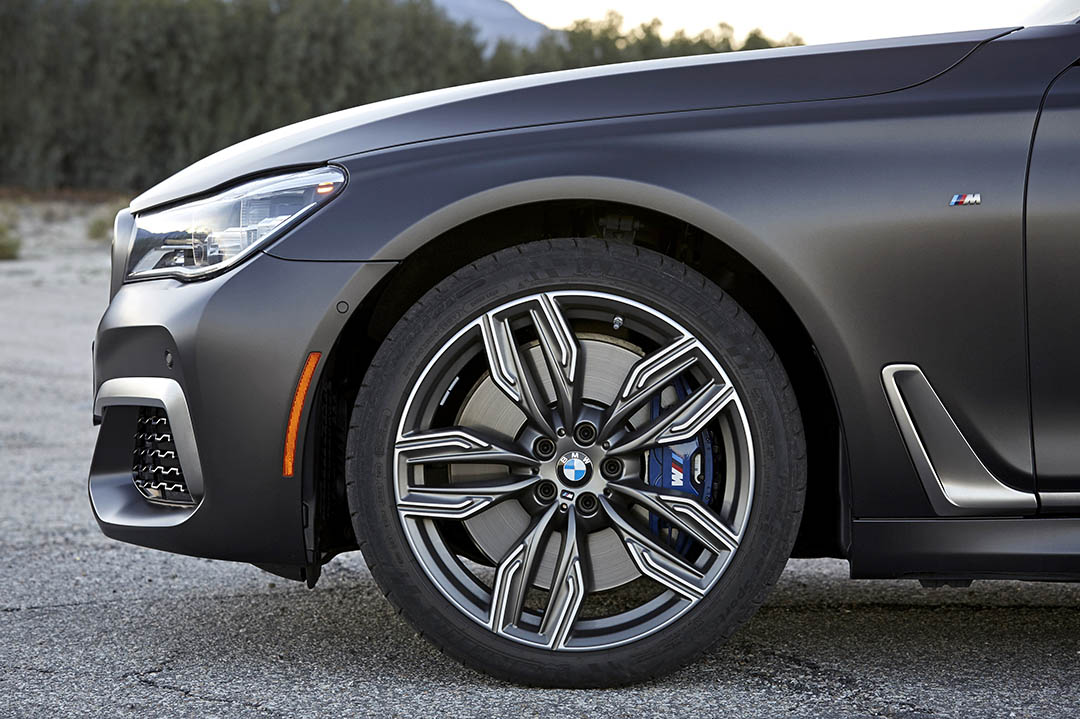 So what’s taken BMW so long to create a performance 7 Series? Bear in mind, the brand has to be particularly careful with the flagship ‘7’ as it can’t just wind up the boost and replace plush pliancy with a rock-hard ride.

According to a spokesperson at the launch, the M Performance Automobiles (or MPA) arm, which creates these ‘sports-plus’ (or ‘M-lite’, if you prefer) cars that slot between standard range-topping cars and full-fat M models, only officially started its product offensive ‘properly’ in 2012, but that was already at the tail-end of the last generation ‘F’ 7 Series.

And because the intention wasn’t to transform any iteration of the ‘7’ into a full-fledged and uncompromising M model, MPA only began to work its dark magic on this current sixth generation ‘G-series’ 7, although this also meant the M760Li boasts all the weight-saving benefits of the 7’s ‘Carbon Core’ lightweight construction.

The first 'official' MPA models only started appearing from 2012, but long-time fans of BMW’s evocative M ‘skunkworks’ division will recall the ‘first’ MPA model actually came from the 1980s – the E12 M535i from the early 80s and then the E28 M535i from the mid-80s onwards (the E28 would also see the first M5).

With the E12, the M535i was hand-finished at the BMW Motorsports facility, but by the time of the E28, only the M5 enjoyed this personal touch from ‘M’, as the M535i was wholly produced on the standard model’s assembly line, much like today’s MPA models.

In a way, BMW is honest enough to its fans to create the less hard-edged MPA arm, yet retain the hardcore track-munching M range, so there’s no compromise to either (especially the thoroughbred ‘M’ models) and there can be something sporty to suit the different palates. BMW is probably the only brand in its segment that credibly creates such distinct personalities to differentiate M from MPA, especially when they’re driven in anger (as opposed to say, merely comparing paper stats).

In contrast, the line between today’s Audi S and RS models is a much finer one that seems to be mostly determined by price and positioning than huge tangible driving differences.

At the other end of the spectrum, Mercedes-AMG doesn’t even have a diffusion ‘AMG-lite’ range and is content to tell the world every model bearing the ‘AMG’ moniker is a full-fat model, be it a 45, the newly launched 43s, or the 63s, so make of that what you will. 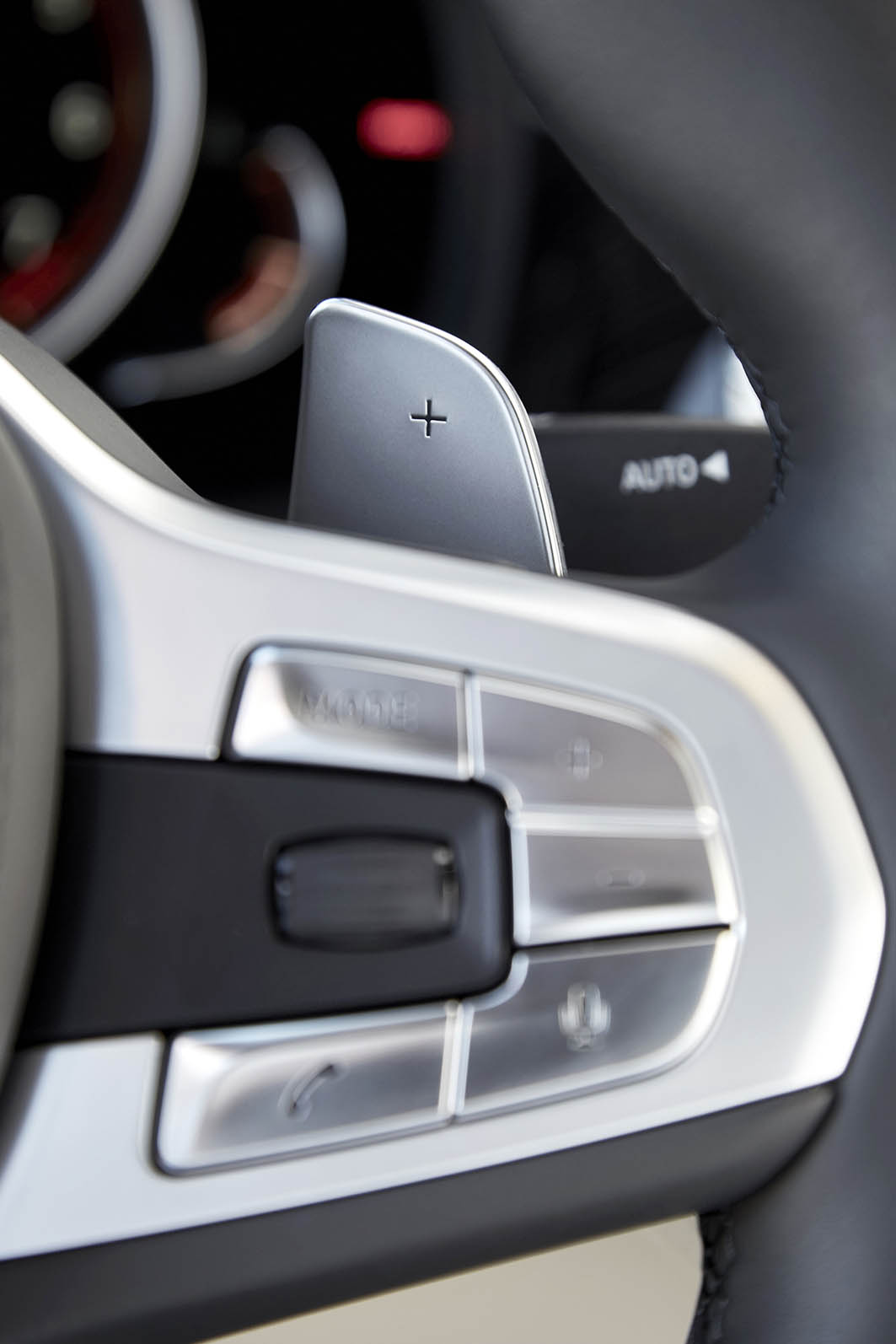 So unfortunately, despite the proliferation of MPA models, which spans M140i and M240i to the X5/X6 M50d tri-turbodiesels, and now the M760Li, some naysayers continue to regard the diffusion line with some suspicion and treat the cars as second-class citizens.

To clear the air, MPAs aren’t M models, nor have they ever pretended to be, and if you’ve ever driven one, as opposed to just running your mouth off, it quickly becomes clear the MPA models occupy a sweet spot just North of the standard range-topping variants.

It’s not just about the potential for personalisation (and there is plenty), because these MPA models have been dynamically tuned to offer fast-road performance without sacrificing daily-drive reliability and comfort.

So yes, while you could bring a MPA for the occasional track-day jaunt (as we enjoyed at The Thermal Club in Palm Springs), these cars thrive better in real-world driving conditions over both highways and winding roads. The M760Li xDrive’s trendy ‘frozen’ colour is Sith Lord ominous especially with the M aerodynamic package, even though at first it seems at odds with the 7’s Jedi ‘Zen’ gravitas. To some extent, this incongruity mirrors the limo’s deceptively dynamic performance, as it’s capable of a decidedly wicked turn of speed.

More importantly, the test-car’s colour worked well to show-off the Cerium Grey highlights on the exterior and contrasting wing mirrors, which are unique to the model.

The 20-inch double-spoke ‘760M’ light-alloy wheels are shod in Michelin Pilot Super Sport tyres to help the car grip hard and put down its prodigious performance, but the stopping power is equally stupendous – no small feat given its 2.2-tonnes kerbweight – thanks to the humongous front/rear brake rotor diameters. 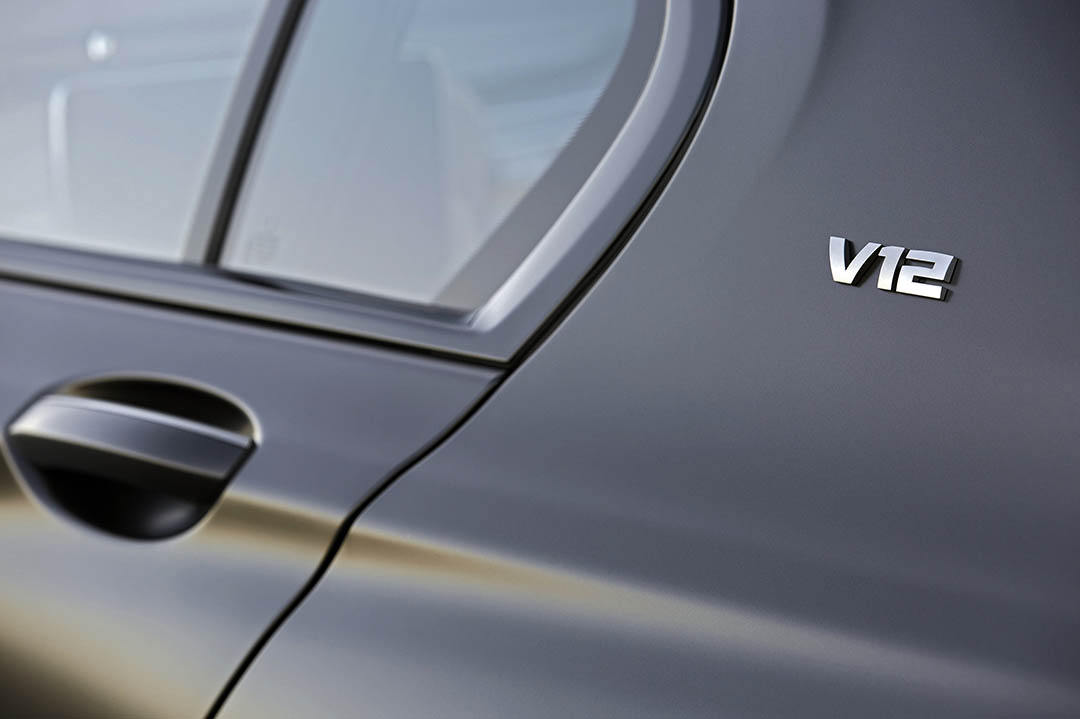 Elsewhere you get the smattering of ‘M’ and ‘V12’ badging, but these visual bits never feel OTT, and despite its potential, the car is the very soul of discretion; besides there’s always that big 6.6-litre stick that is content to sit in the shadows, like a double-bladed saberstaff waiting to be unleashed.

It’s timely for such a MPA flagship to come along, especially since it also happens to sit at the top of the BMW hierarchy; if you think hard about it, how can any V12 shared with Rolls-Royce ever be considered second-class, MPA or not? 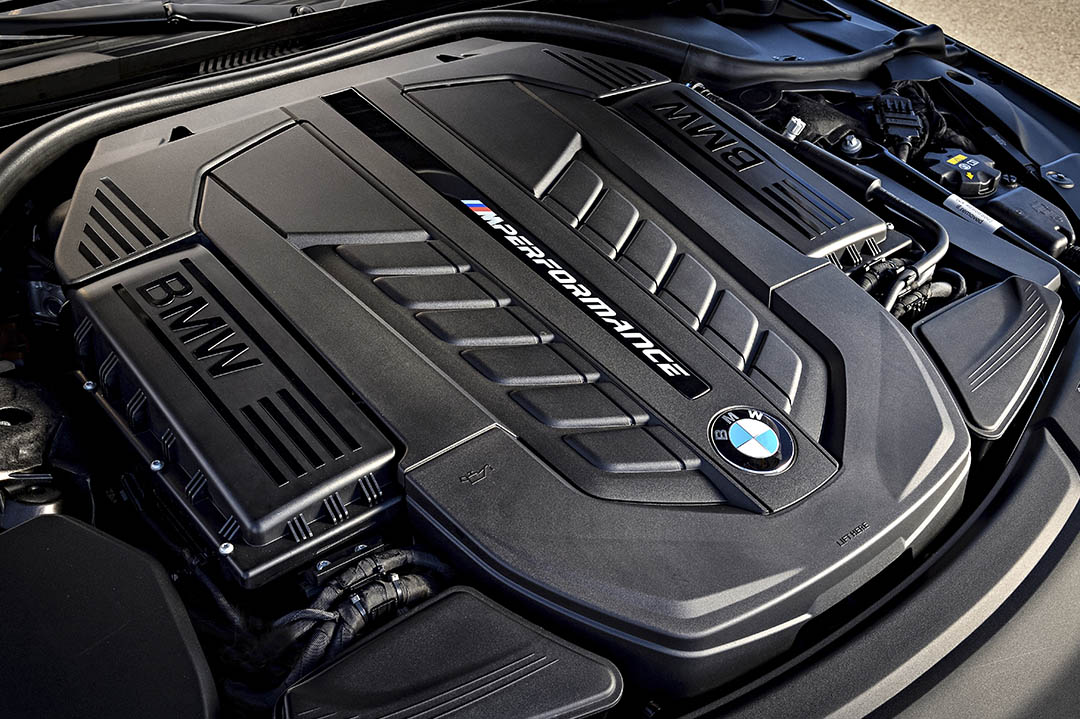 Thanks to the relative ease of eking out extra power from turbocharged engines, performance figures have skyrocketed so much so that the rear wheels (a traditional format for M/MPA and AMG) are slowly becoming overwhelmed with all that torque/horsepower.

Of course, all-wheel drivetrains have long been Audi’s forte, with the brand having stuck to quattro for its S/RS performance variants since the original Quattro Turbo Coupe and the RS2, but it’s relatively new ground for the AMG and M/MPA brigades.

Now, we’re all for enjoying the shenanigans afforded by rear-wheel drivetrains as much as the next hoonigan, but when you’re talking six, seven or eight hundred Newton-Metres of torque, you don’t want every wet weather drive to be fraught with the risk of being flung into the hedgerow.

As such, differential trickery has resulted in variable all-wheel drive cars that are able to perform in full rear-drive, or full all-drive modes, depending on the road conditions (the new E 63 S is one such beast).

Moreover, to deliver an agile handling experience in spite of its 3210mm wheelbase, the M760Li xDrive features Integral Active Steering as standard, BMW’s version of active rear steer, which adjusts the steering angle of the rear wheels according to the driving situation (either in the same direction as the front, or opposing the front wheels) – the nett result is it feels like you’re at the helm of a much more nimble car than a luxo-limo, especially in slower-speed, tighter corners. 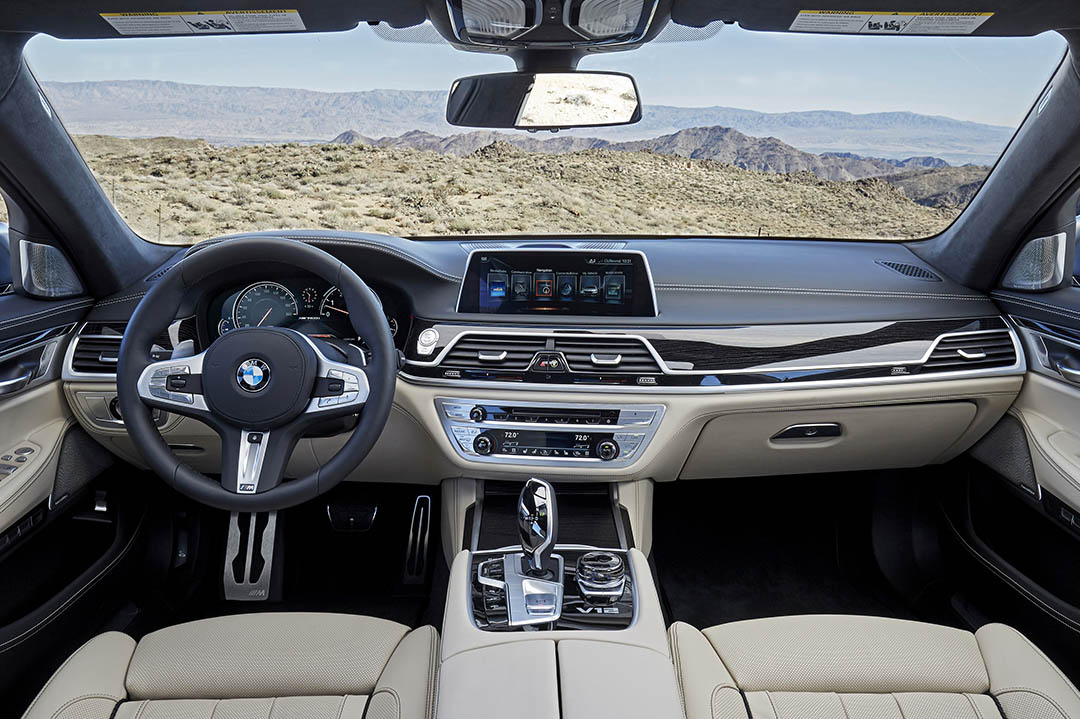 Long-gone are the days when such cars are expected to be chauffeur-driven, because not only has the concept of luxury moved on, we also can’t imagine many folks who would let their hired help have this much fun.

With the exception of the very pricey S 65 AMG and the Bentley Flying Spur (which we didn’t find to be as engaging to drive because it was more plush than petrolhead), the M760Li is the only other V12 in this segment, which is a very good thing because of where the industry is headed.

Pretty soon, the only cars with V12s will be the exotics and even then maybe not, which is a crying shame, since we like how playfully incongruous and nudge-nudge-wink-wink of an insider’s secret it is to have this sort of an engine in such a sombre suited car, as opposed to something conspicuously extravagant like a Bentley.

A V12 isn’t so much about making raw power; it’s all about the power delivery and that full-bodied emotional soul-stirring soundtrack that only comes with such an engine.

Leave the posturing and posing to the V8s and lesser whatnots, because a V12 under the bonnet immediately elevates one to a rarefied status such that you’re not unduly bothered by the fuss and bother of who makes how much power where and when.

Like the Wraith and Dawn that share this same engine, the M760Li’s 800Nm is available from just 1550rpm (albeit 50rpm above its Rolls-Royce counterparts) – thanks to the various lag-reducing measures – and its brute relentless surge is tempered by a creamy delivery all the way to the 6.6-litre’s redline. Although there are the familiar steering wheel paddle shifters, the 8spd Steptronic is tuned by M Performance to suit the characteristics of the V12 and quickly adapts to one’s driving style. We found that even around the track, the gear choice was always spot-on for both the up- and down-shifts, and there was never a need to faff about with the shifters.

With such cars, you’re not looking for spiky performance that results in a constant flickering of the traction control when the boost kicks-in. Instead it’s about a refined plushness that will let you waft readily, yet just as quickly kick your head in for looking at it the wrong way. 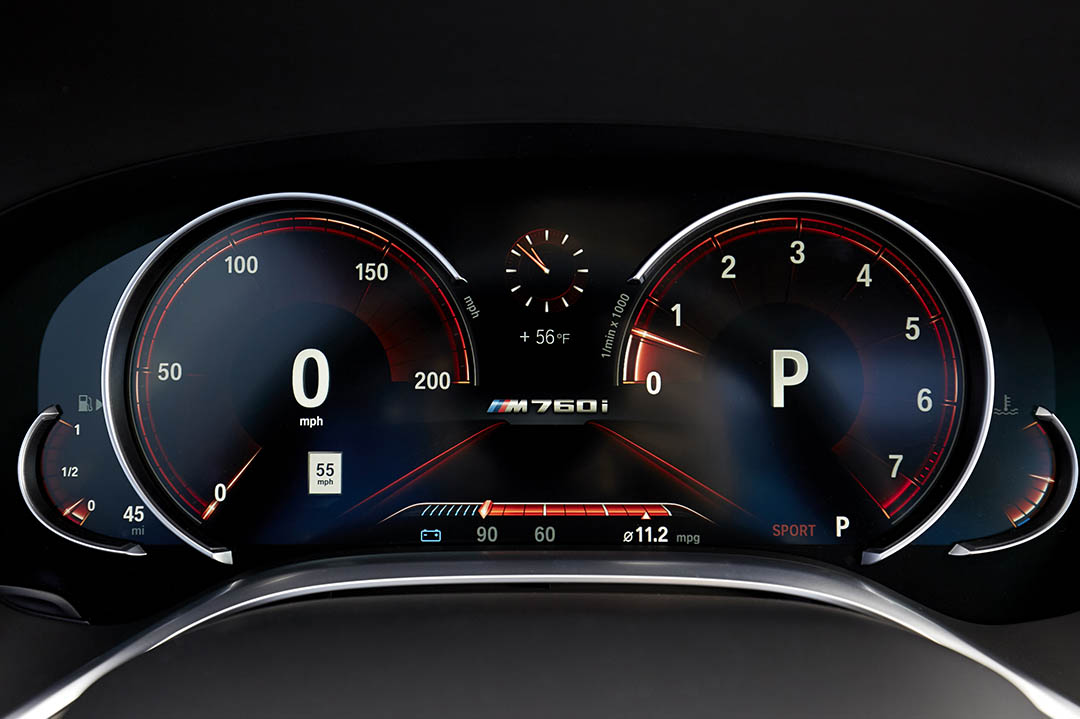 Due to its sanguine power delivery, the 7 puts on speed with deceptive pace: put your foot down (or engage Launch Control from a standstill) and you’ll hit 100km/h in 3.7secs.

True to M and M Performance forms, the M760Li isn’t just about the straight-line oomph either, because the permanent all-wheel drivetrain is tuned to deliver a rear-bias for sporty driving traits.

Coupled to BMW’s Executive Drive Pro active suspension control system, the body and ride control are beyond reproach, with a sublime blend of comfort and sporty involvement in terms of steering and seat-of-pants feel.

Most impressive is the Active Roll Stabilisation, which admirably resists the body-roll of such a heavy car that it’ll carve a path through the canyon road – even with quick direction changes and tightening corners – instead of wallowing its way through. The M760Li’s properly plushly-posh cabin means you’ll take to the rear as eagerly as the driver’s seat and the cosseting nature of the interior means the rear occupants could doze off while the driver is busy stringing together the canyon corners like chain lightning – and such a series of squiggly corners we enjoyed too, which was just a short hop, skip and jump from our hotel in Rancho Mirage.

The niche in which the M760Li xDrive operates is a rarefied one, because it appeals to those who won’t settle for anything less than the best for whatever they’re buying – in this case a 7 Series.

This eliminates the folks who are content to have the smallest engine possible in a big car, as well as those who might stretch for the status and recognition of a Flying Spur W12.

However, the big surprise with the M760Li is how much fun it is to drive, as well as to be driven around in, which leads us to the realisation that, if ever there was a car that was one with the Force, this could be it... 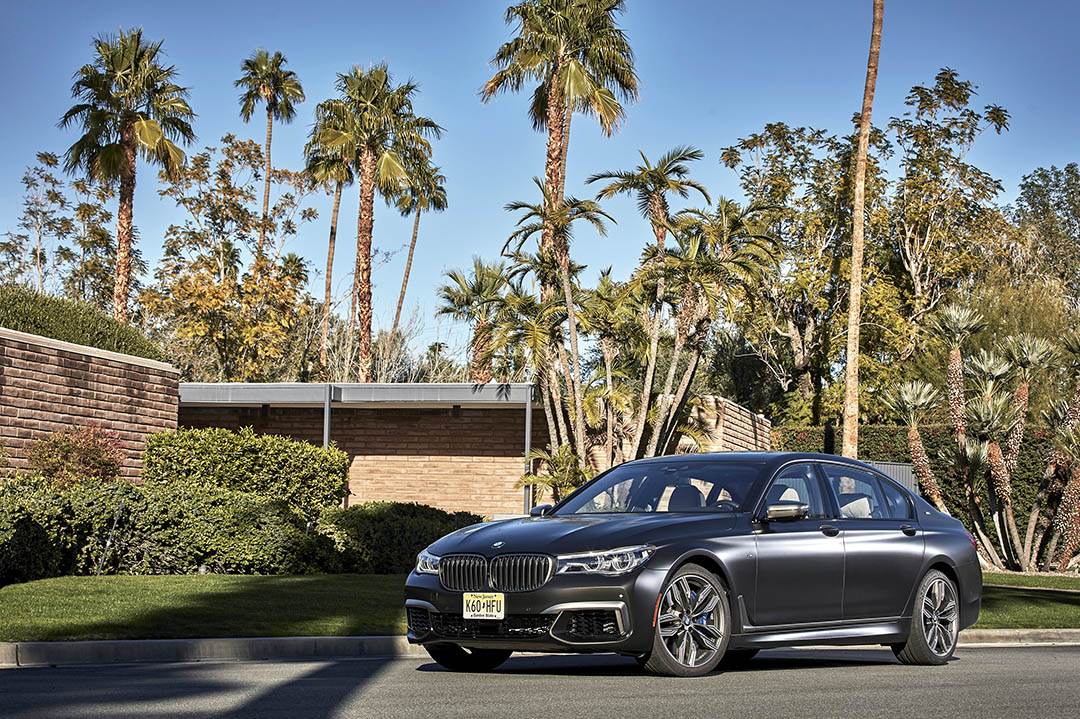 This feature was first published in TopGear Singapore #60 (Mar'17) Cool and peculiar concepts from BMW

In light of BMW's recent achievements, we take a look back at some of its unique concepts. 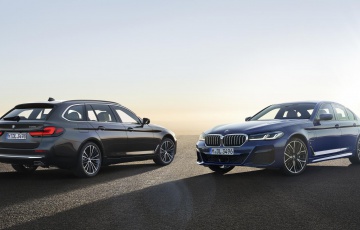 New grilles and tech have been added across the 5 and 6 Series range. Oh, and there's a new X2 PHEV too