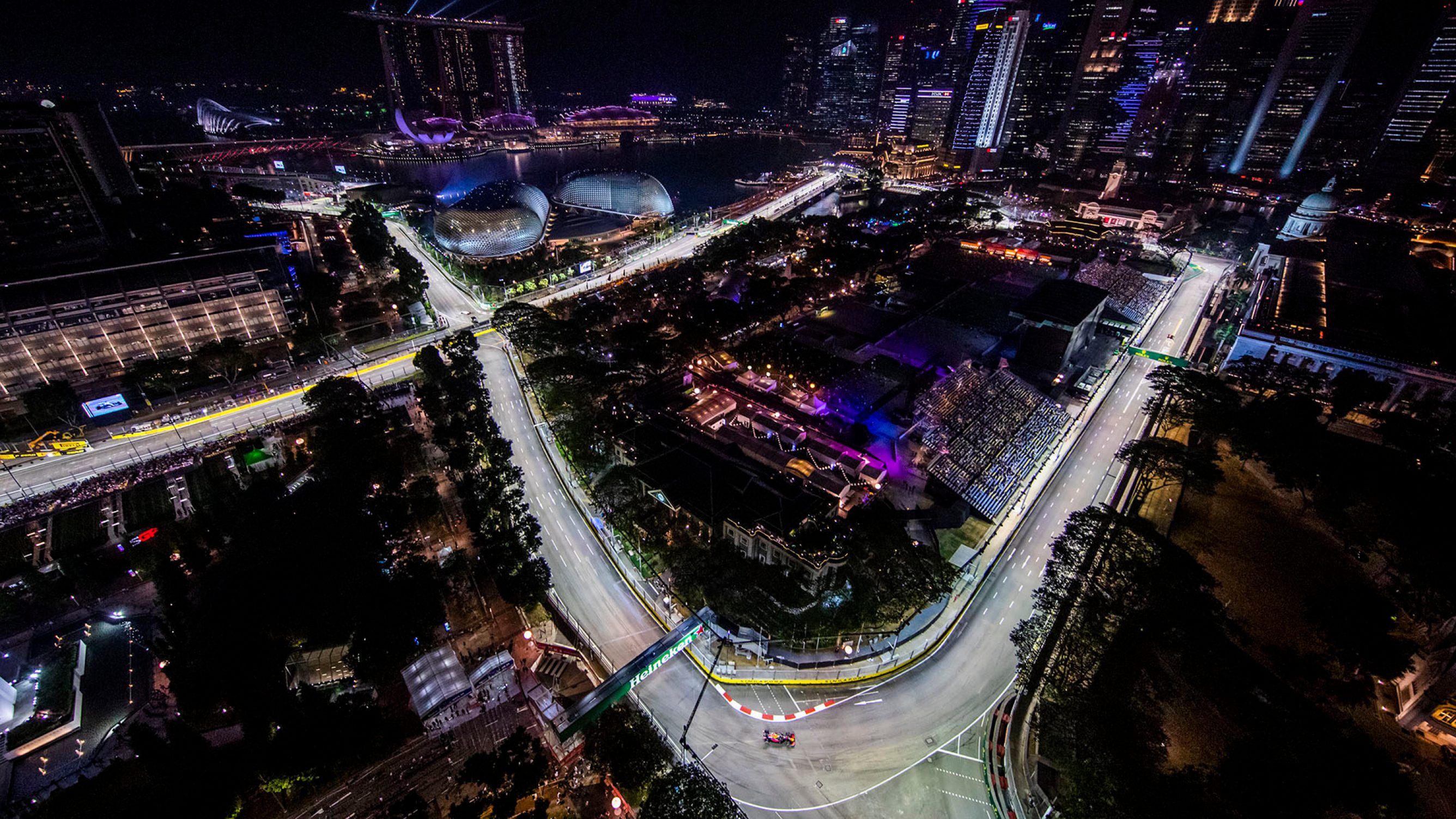 It’s been a crazy six months since the title fight for the Formula One world championship began in March. After a four-week summer break, the cars and drivers have returned to the grid in full force, ready to take on the rest of the 2022 season.

More importantly, the sport is making a return to Singapore, after a two-year hiatus owing to the COVID-19 pandemic. The Singapore Grand Prix will be held from the 30th of September to the 2nd of October. That’s just four weekends away, so you best mark your calendars now.

But before the festivities at the Marina Bay Street Circuit begin, let’s take a look at some of this season’s defining moments before the race comes to Singapore. As of this past weekend’s race in Spa, Max Verstappen of the Red Bull Racing team currently leads the world championship fight with 284 points. Next in line, from Red Bull as well, is Sergio Perez with 191 points, closely followed by Ferrari’s Charles Leclerc with 186 points. Following that, we have Carlos Sainz Jr (Ferrari) and George Russell (Mercedes-AMG) with 171 and 170 points respectively.

Lewis Hamilton, who lost the championship last year by a narrow margin, is 6th in the running with 146 points. With that in mind, the remaining 8 races for the 2022 season look to be just as, if not more interesting than the title fight between Lewis and Max last season. Wonder if Nico Rosberg has any sly quips about Lewis’ performance this season… 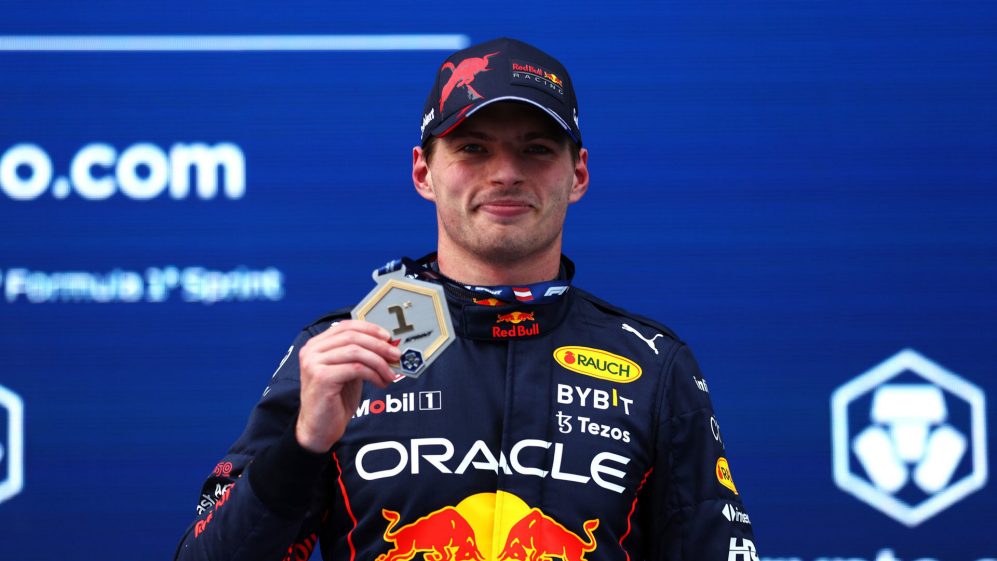 Max Max or Super Max (call him whatever you want) has racked up some serious wins this season. After a highly contested (and televised) fight with Lewis Hamilton of the Mercedes-AMG Petronas F1 Team, Max went on to clinch his first championship title in the 2021 season after a lengthy battle with Lewis who currently holds 7 championship titles.

This year, however, the Dutchman has won 9 of the 14 races he’s participated in. For reference, Max took home 10 victories over the course of 22 races last season. He now has 93 point lead over teammate Red Bull Racing teammate Sergio Perez, and a staggering 98-point lead over Ferrari’s Charles Leclerc. The gap between Max and former championship contender Lewis? 138 points. Yikes. 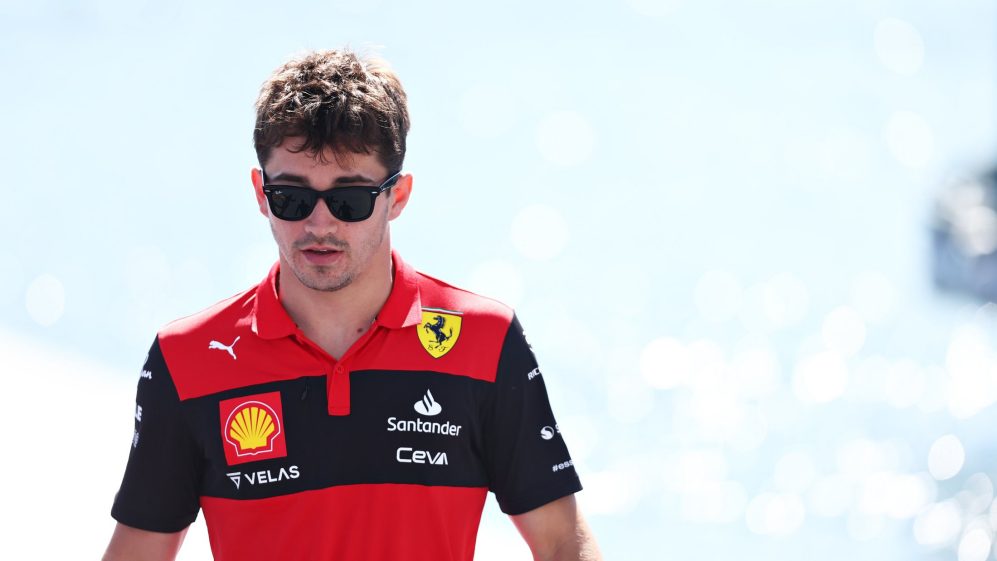 It’s no secret that the Tifosi are up in arms over some of the judgement calls made by Ferrari in recent months. The incident during the Monaco GP was perhaps one of the worst. Charles Leclerc, who was initially leading the race was told to pit for intermediate tyres, where he lost his lead to Sergio Perez. At that point, Sergio had yet to pit, so Ferrari still had a shot at clawing the lead back from Red Bull. However, the Monegasque driver was mistakenly called into the pit lane again, right after teammate Carlos Sainz who was switching out his wet tyres for slicks. 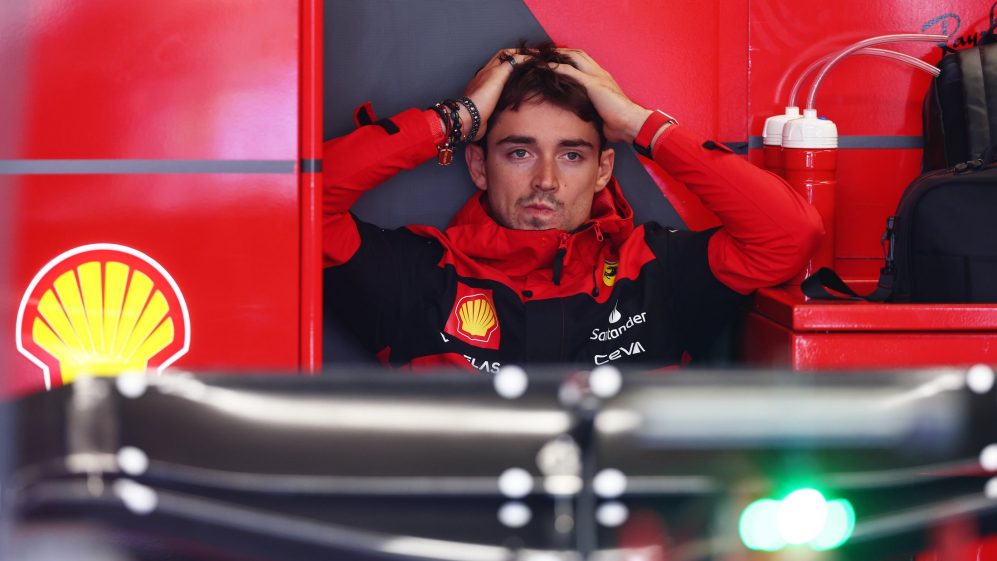 In a desperate bid to keep Charles in the running, his race engineer frantically yelled at Charles to “Stay Out!! Stay Out!! Stay Out!!”. Alas, it was too late for the Monaco native as he pulled in behind Carlos and lost his podium position to Max Verstappen. His subsequent string of profanities was no doubt shared with Ferrari fans worldwide. But ultimately it was a horrendous call that cost Charles a potential win in his home race, just a week after losing his lead after the Spanish GP. Shame, really. Often, a timely call from your race strategist could mean the difference between winning and losing a race. Timely, being the operative word here. Clearly, that wasn’t the case for Carlos Sainz during the French GP when he was told to bring the car into the pits at the most untimely… time.

Imagine being in the midst of a heated battle with the Red Bull of Sergio Perez when your team tells you to box the car. Carlos’ curt reply to the team may have lacked vulgarities, but Ferrari fans on the Twitterverse sure had other choice adjectives about the team’s decision. Perhaps one of the most horrific crashes of the season, Zhou Guanyu’s Alfa Romeo C42 was flipped on its head after getting pinched between Pierre Gasly and George Russell at Silverstone during the 10th round of the 2022 F1 season. The Alfa then skidded a considerable distance before being flung over the tire barrier and into the catch fencing at the end of turn 1, causing the race to be suspended for the better part of an hour.

Thankfully, the Chinese driver was unharmed, taking to Twitter to thank his fans and crediting the halo with saving his life. The titanium halo, which was once heavily criticised by drivers and team principals, is credited with saving Romain Grosjean’s life in his even more horrific crash during the 2020 Bahrain GP. Now though, it’s a mainstay in Formula 1, Formula 2 and Formula E. And drivers have nothing but praise for it. 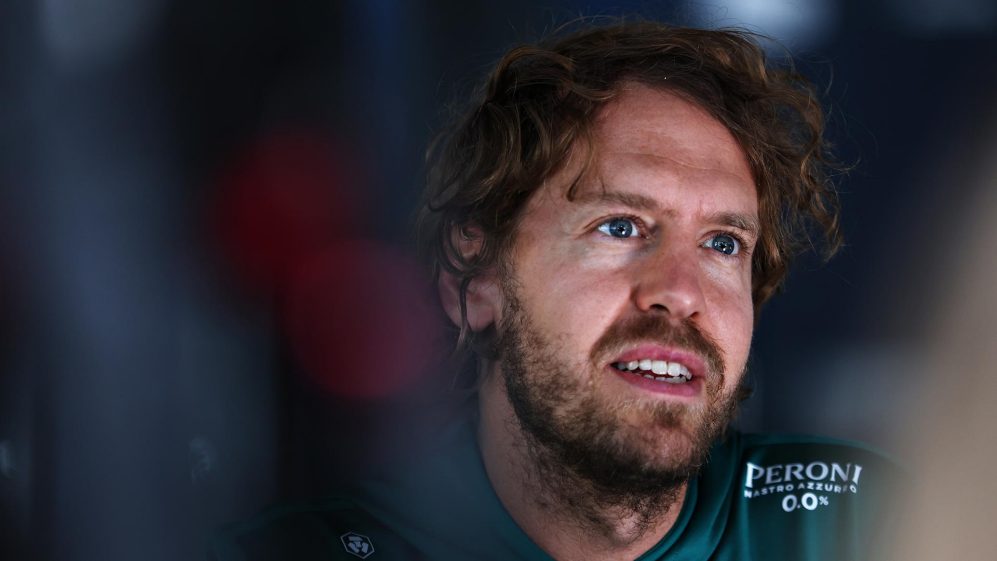 Before we heard the news about Vettel’s shocking announcement, the German driver created an Instagram account. Shortly thereafter, he posted two videos explaining his motivations behind leaving the sport. One in English, and another in his native German.

“It is very clear to me that, being a father, I want to spend more time with my family. But today is not about saying goodbye,” Says the four-time world champion, “Rather, it is about saying thank you - to everyone - not least to the fans, without whose passionate support Formula One could not exist.”

To that we say; Thank you very much Sebastian, and best of luck in your future endeavours. You will be missed.

However, with Vettel’s departure from the sport, that leaves Aston Martin with an empty seat. And that position was quickly filled by… Yes, by two-time world champion Fernando Alonso. The Spaniard, who rejoined Renau- I mean Alpine for his third stint with the French racing team in 2021, is set to relinquish his role at Alpine for a “multi-year” contract with Aston Martin. Now that leaves an empty seat at Alpine… …A seat, that according to Alpine was meant for 21-year-old Australian driver, Oscar Piastri. An FIA Formula 2 champion and a reserve driver for the Alpine Formula One team. Or so we thought.

Mere hours after Alpine’s announcement that the Melbournian would be taking Alonso’s vacant seat, Oscar took to Twitter to denounce the claim. The Aussie went on to mention that he has yet to sign a contract with Alpine for the 2023 season.

There are rumours floating about that a certain Woking-based team has its eyes on the 21-year-old driver, but said team already has two drivers on their roster. 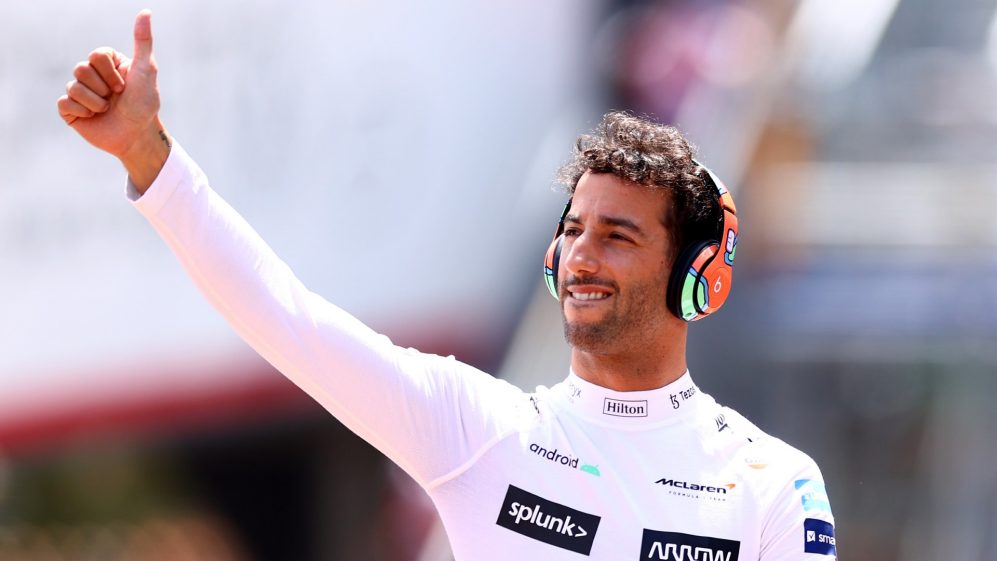 No doubt, he’s had a rough couple of years. No championship titles, only one win since he joined McLaren in 2021 and no podium finishes this year. Clearly, Daniel Ricciardo has seen better days. And perhaps the biggest blow in his unlucky streak is his premature departure from McLaren.

Despite signing a three-year contract with McLaren that was due to end in 2023, the Aussie driver and the Woking outfit have mutually agreed to part ways at the end of the 2022 season.

So that leaves an open door for Oscar Piastri to take the vacant seat in McLaren, and Daniel Ricciardo with no confirmed placement for the 2023 season as of now. That has to be the end of the craziness right? 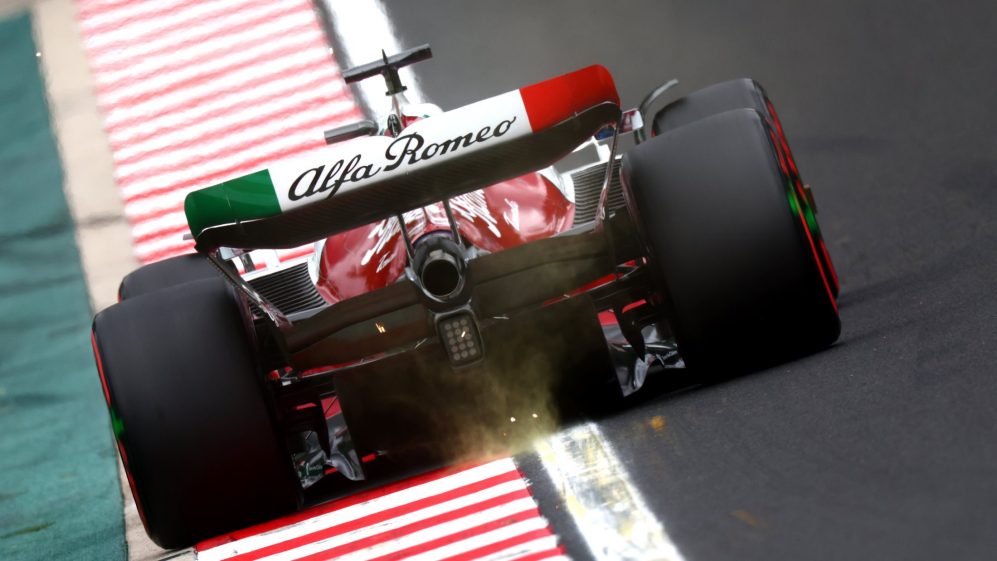 In yet ANOTHER shocking announcement, Alfa Romeo will be leaving F1 at the end of the 2023 season, putting an end to the relationship with Sauber. The Alfa Romeo F1 team now sits 6th in the constructor's championship, with 51 points shared between drivers Valtteri Bottas and Zhou Guanyu. What happens after 2023 is anyone’s guess. This brings us to our next point. *Only as a power unit supplier. For now. But with news of the Alfa Romeo F1 Team ORLEN pulling out of the race series at the end of 2023, one can only wonder if Audi will join the sport as a full-on constructor by 2024. Of course, Audi has stated that the new power unit regulations for 2026 were key contributing factors in the brand’s participation in the sport. But with two vacant spots on the grid, one can only wonder if Audi will jump into the sport ahead of time.

More importantly though, what would happen to Valtteri Bottas and Zhou Guanyu? 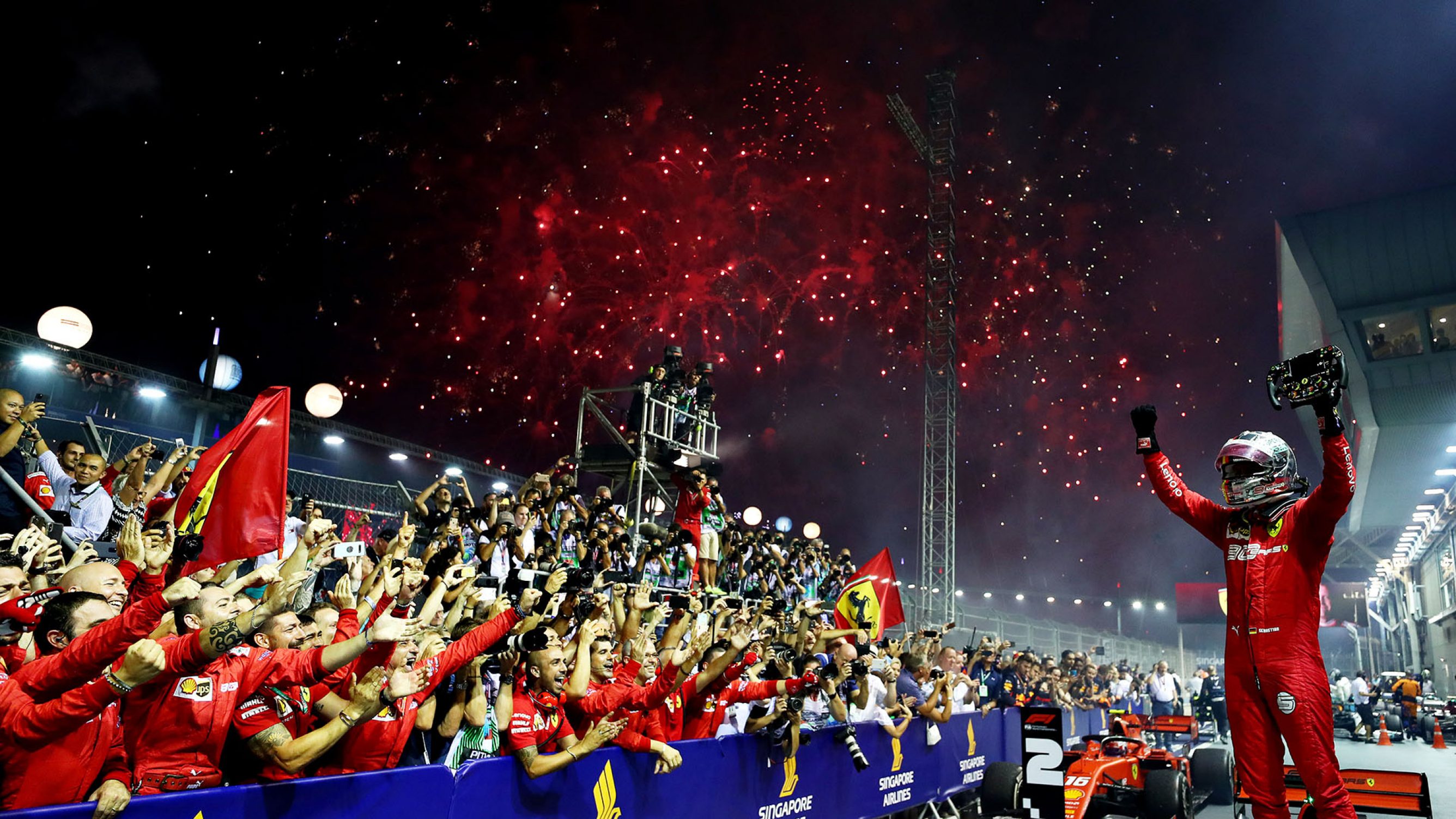 So that's Vettel retiring, Alonso joining Aston Martin, Daniel Ricciardo leaving Mclaren, Alfa Romeo leaving Formula 1, and Audi announcing their entry into the sport. All happening within the span of a month. The producers of Netflix's Formula 1: Drive to Survive ought to be absolutely raving by now.

We'll be in for a show when the teams descend upon Singapore for the 17th round of the 2022 Formula One season. Of course, there'll be a whole slew of performances from numerous artists like Westlife, Green Day, the Black Eyed Peas and a few others. Us though, we're in it for the actual racing. Excited yet? 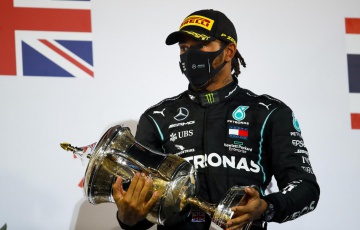 Seven-time Formula 1 champ in self-isolation, will miss the next race TWO races on the revised calendar will be held in the UK. But you probably can't attend 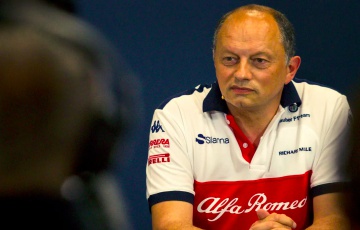 Typical isn’t it? You wait ages and then several new F1 team bosses arrive at once