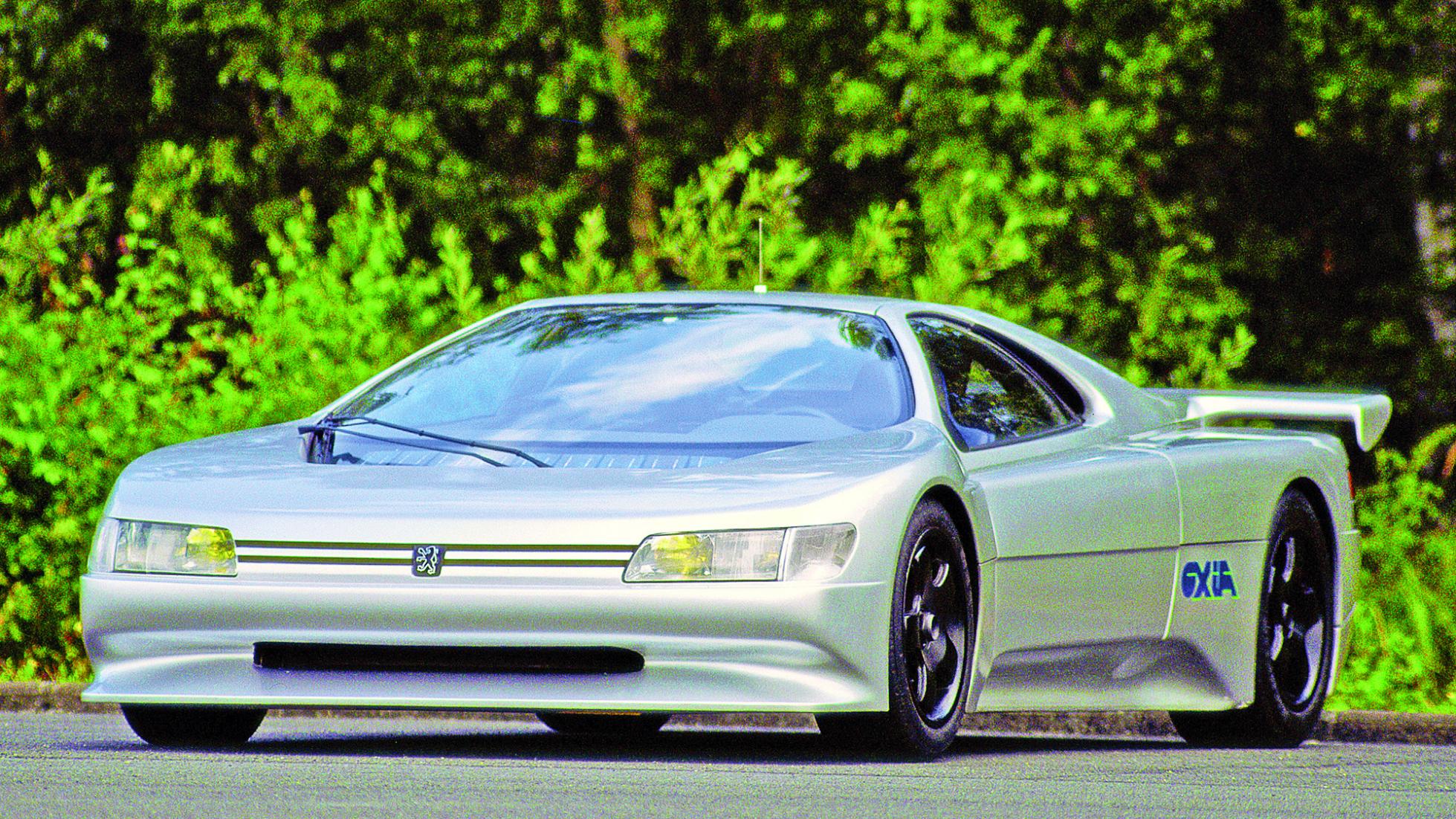 What is this beautiful vision of sleek sportiness?

Let us go back to the late Eighties – the future was so close you could almost touch it. Marty McFly had already been there and back in a DeLorean. Knight Rider was poncing around in a car that did all of his thinking for him.

And for the 1988 Paris motor show, Peugeot’s skunkworks engineers made this, the Oxia. Named after a region of Mars, presumably one they hoped to visit soon, it was a laboratory of future car technology. 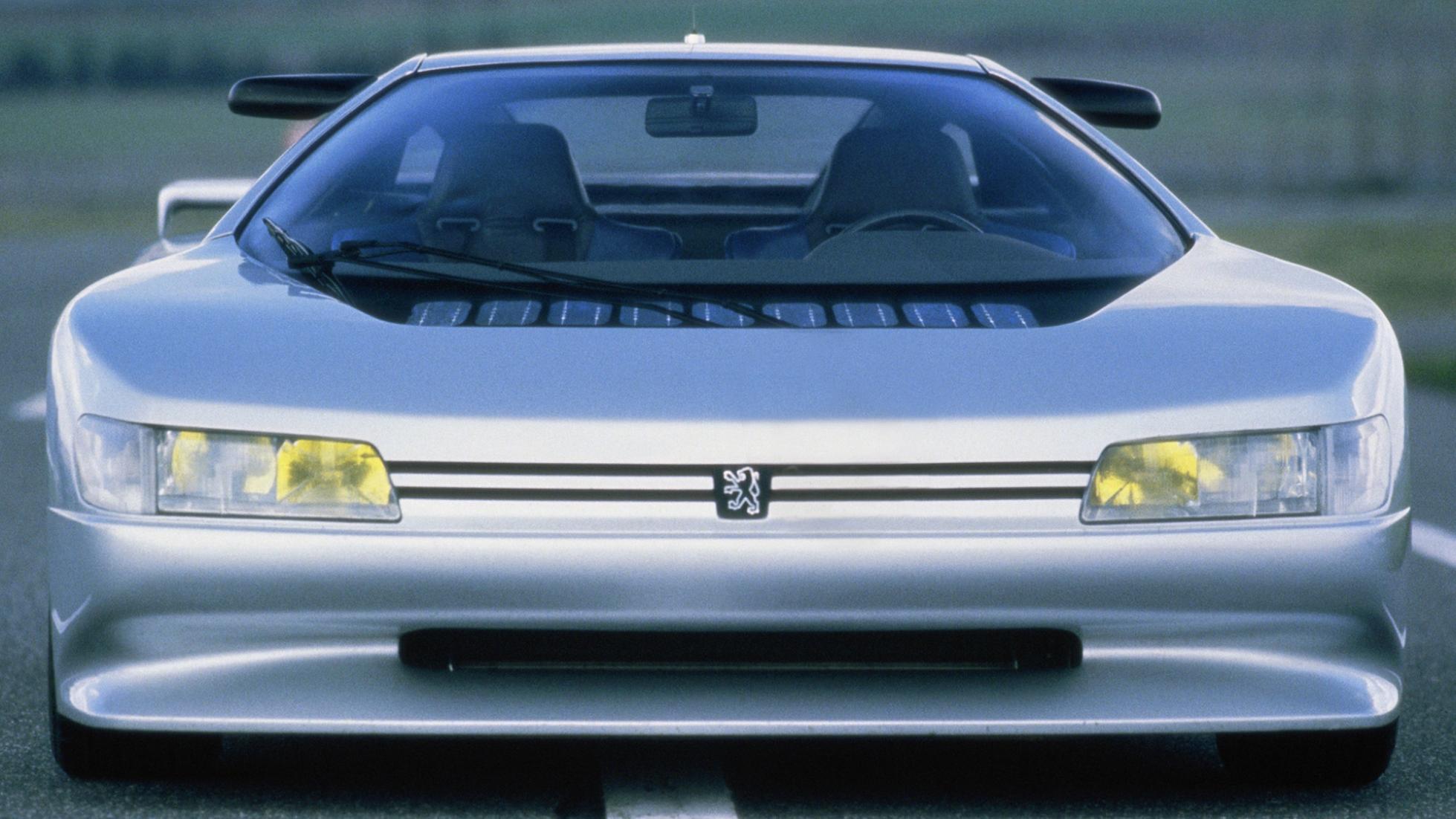 The idea of a Peugeot supercar might seem odd now, but, at the time, the plan was to create a rival for the Ferrari F40, Porsche 959 and Bugatti EB110.

Sadly, the future wasn’t so bright as everyone thought it might be, and the Eighties financial crisis led to the Oxia’s death.

Without playboy bankers getting generous with their chequebooks, who else would crash your French supercar into a lamp post? 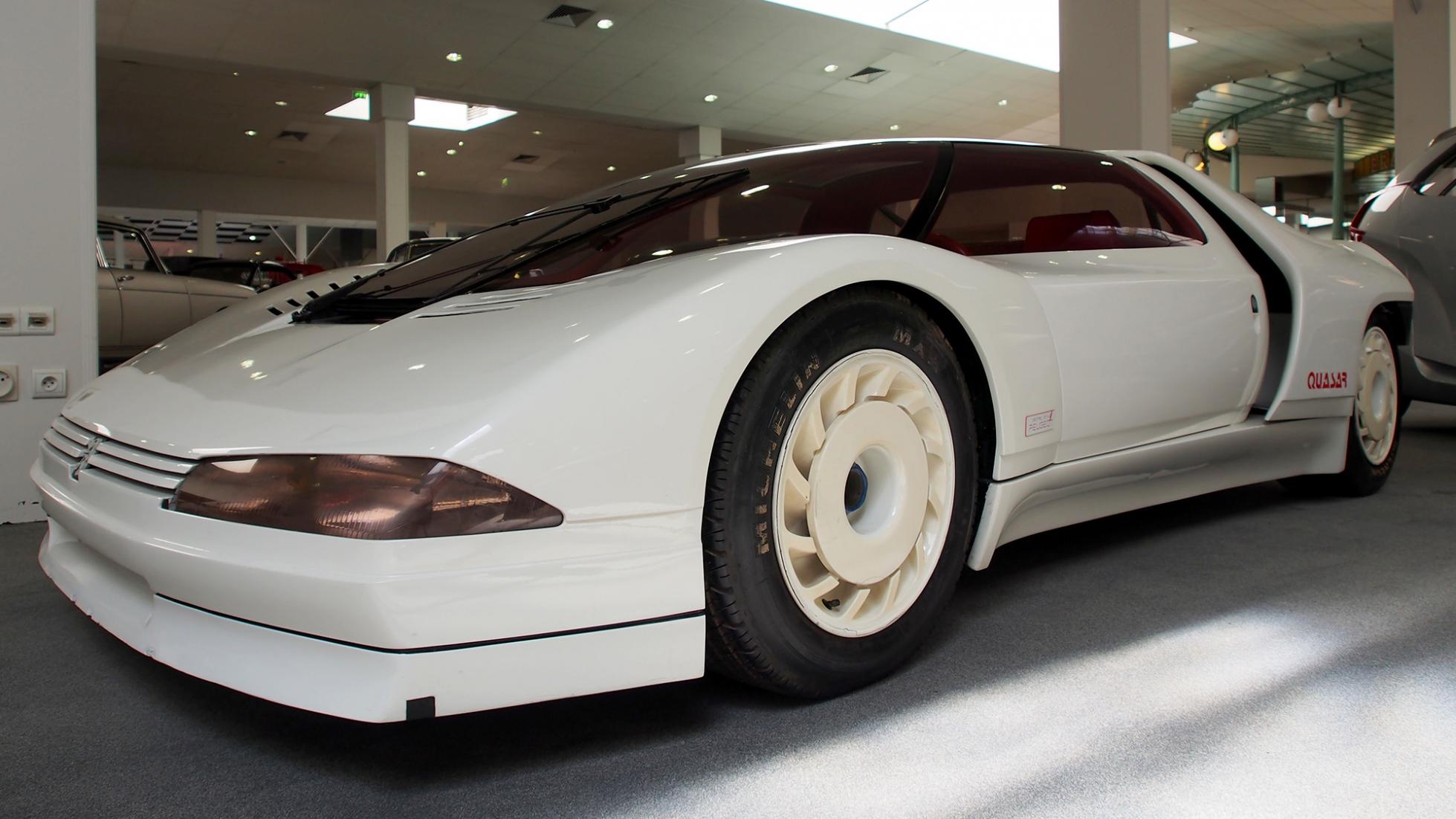 Wait, does it look a bit familiar?

Aside from the strangely grafted Peugeot family face along the front of the grille, you might recognise the look of the Oxia from Peugeot’s previous 1984 concept, the Quasar. Where the Quasar was intended as a focused Group B-style weapon, the Oxia took its inspiration from Peugeot’s efforts on the Group C sportscar scene. The Oxia had some fascinating glimpses toward the future – perhaps not the instrument dials, they look like they’ve been crowbarred straight out of a 405 sedan. 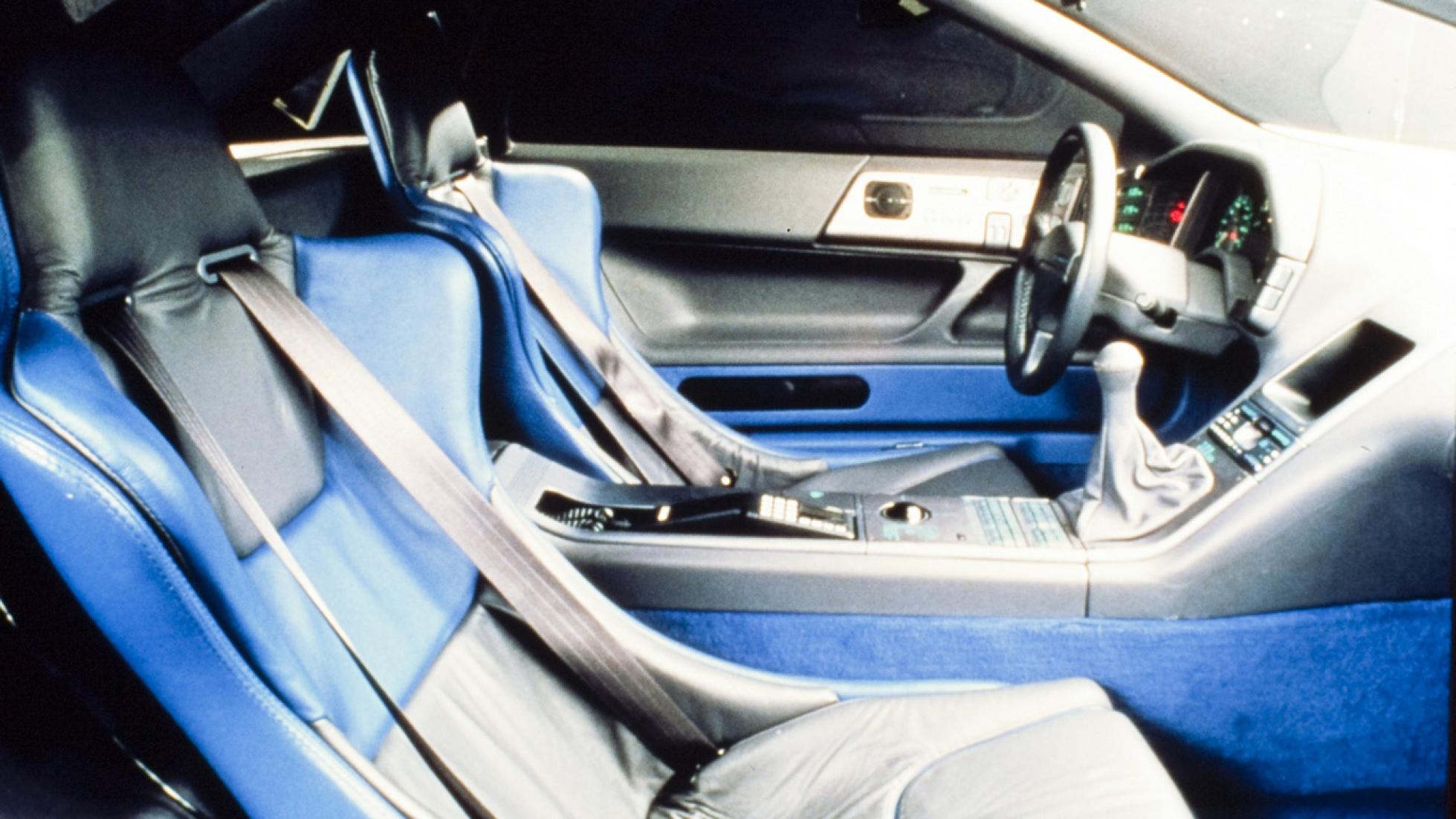 Does it have something to do with Peugeot’s racing programme?

Peugeot was making a concerted stab at winning the Le Mans 24 Hours back in the late Eighties, and although this wasn’t a homologation project, the similarities between the Oxia and Peugeot’s P87 Group C racer are uncanny.

Both had a mid-mounted 2.8-litre twin-turbo V6. Both had an aluminium chassis. Both did more than 320km/h. The Oxia concept might not have contributed to the company’s efforts, but it certainly drew down from the expertise gained at La Sarthe. 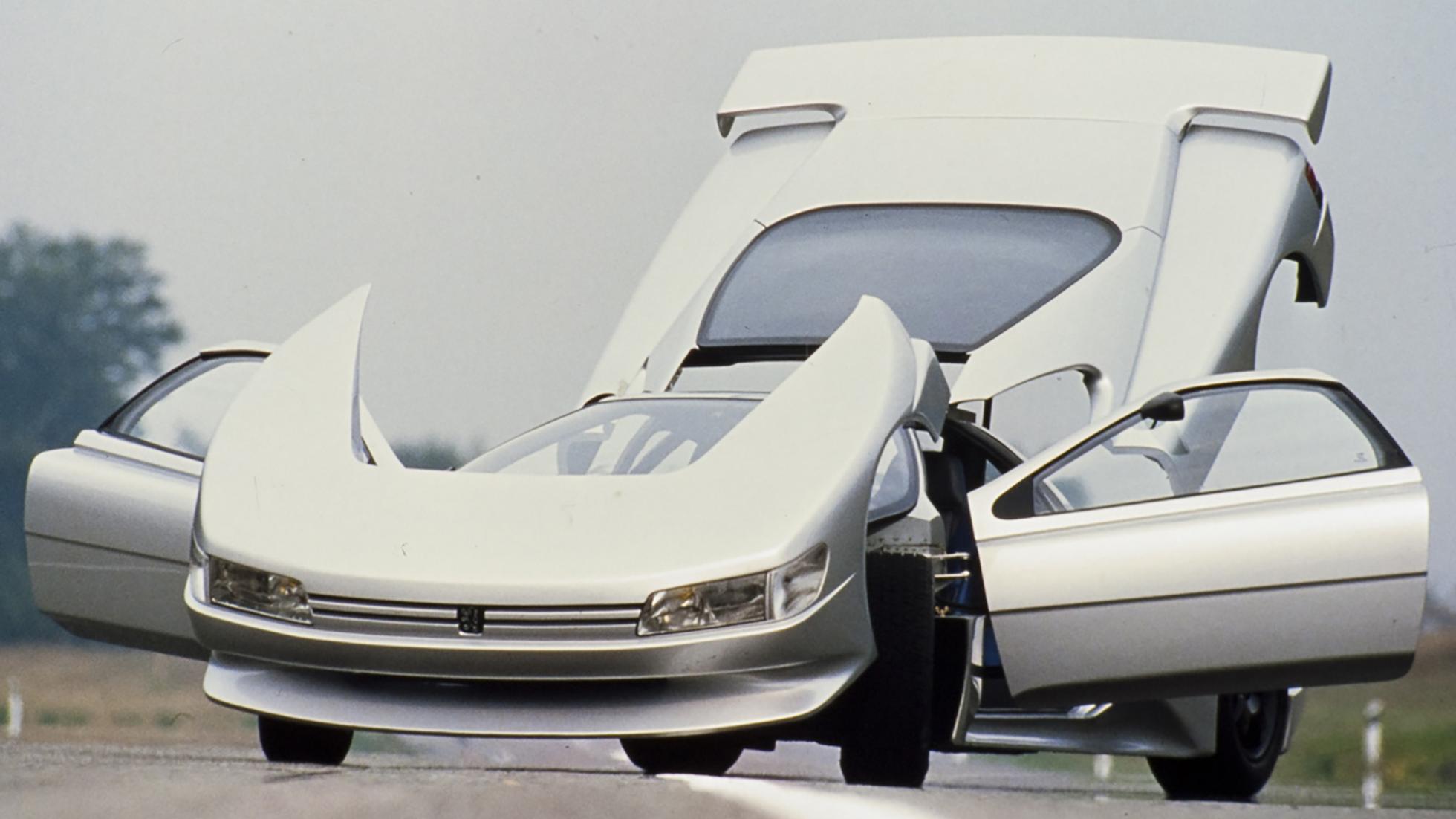 It cost Peugeot around 8 million francs to build. With that kind of cash invested, not only does the Oxia run, it goes like stink.

While the company’s Le Mans car had 850+hp, the Oxia was producing a more modest 680hp.

It had 4WD, four-wheel steering, electronically controlled differentials front and rear, and it was wrapped in a carbonfibre and Kevlar skin.

Remember, this was when music was played on strips of magnetic tape and before Madonna was wearing her torpedo cones. 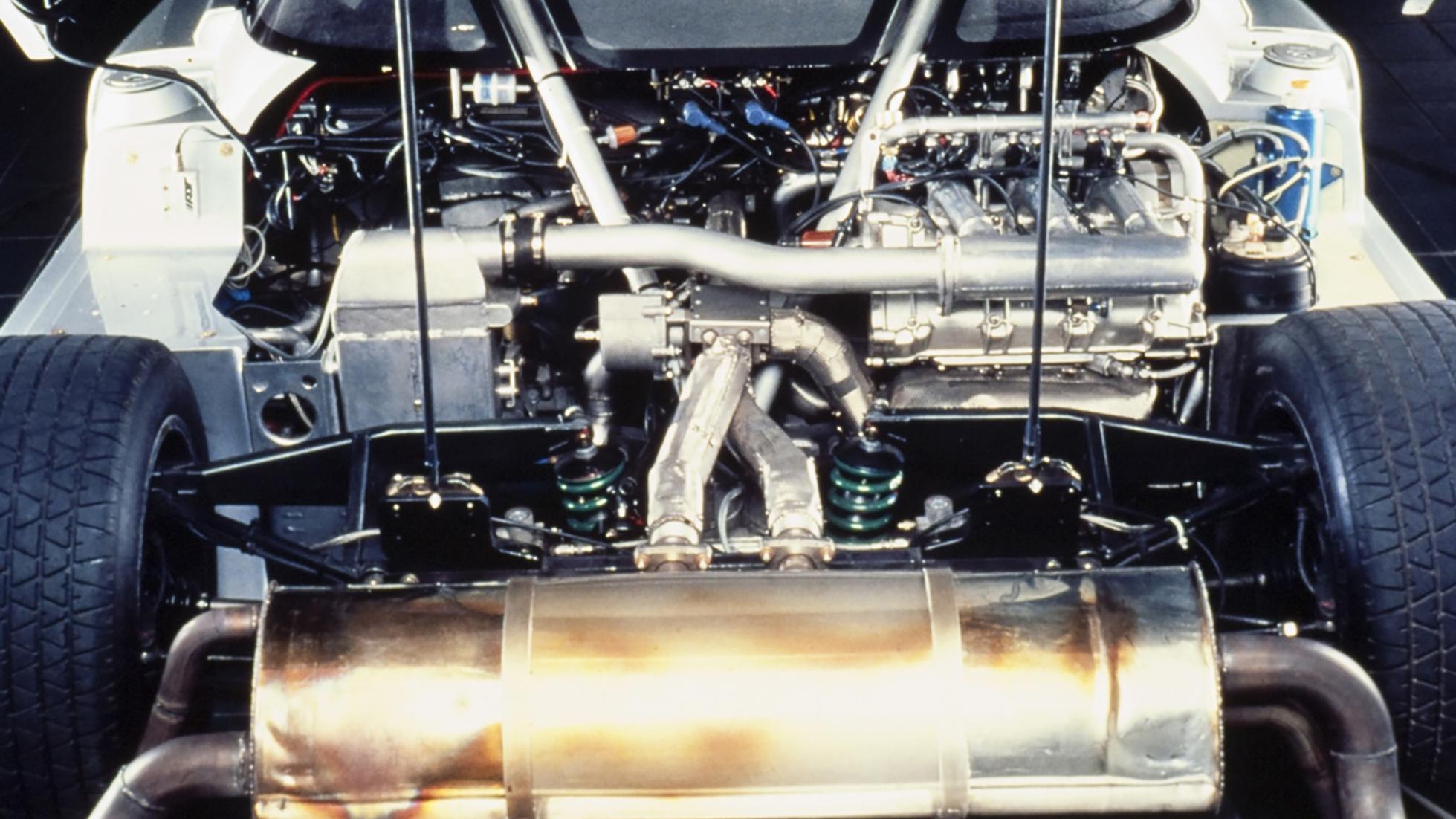 Tell me some numbers…

Well, it had a sub-5secs 0-95 time, which is less impressive these days but was going some back in the days of New Kids on the Block.

More impressive is the top speed, which was unofficially recorded at 350km/h during media demonstration runs with a professional test driver at the wheel. 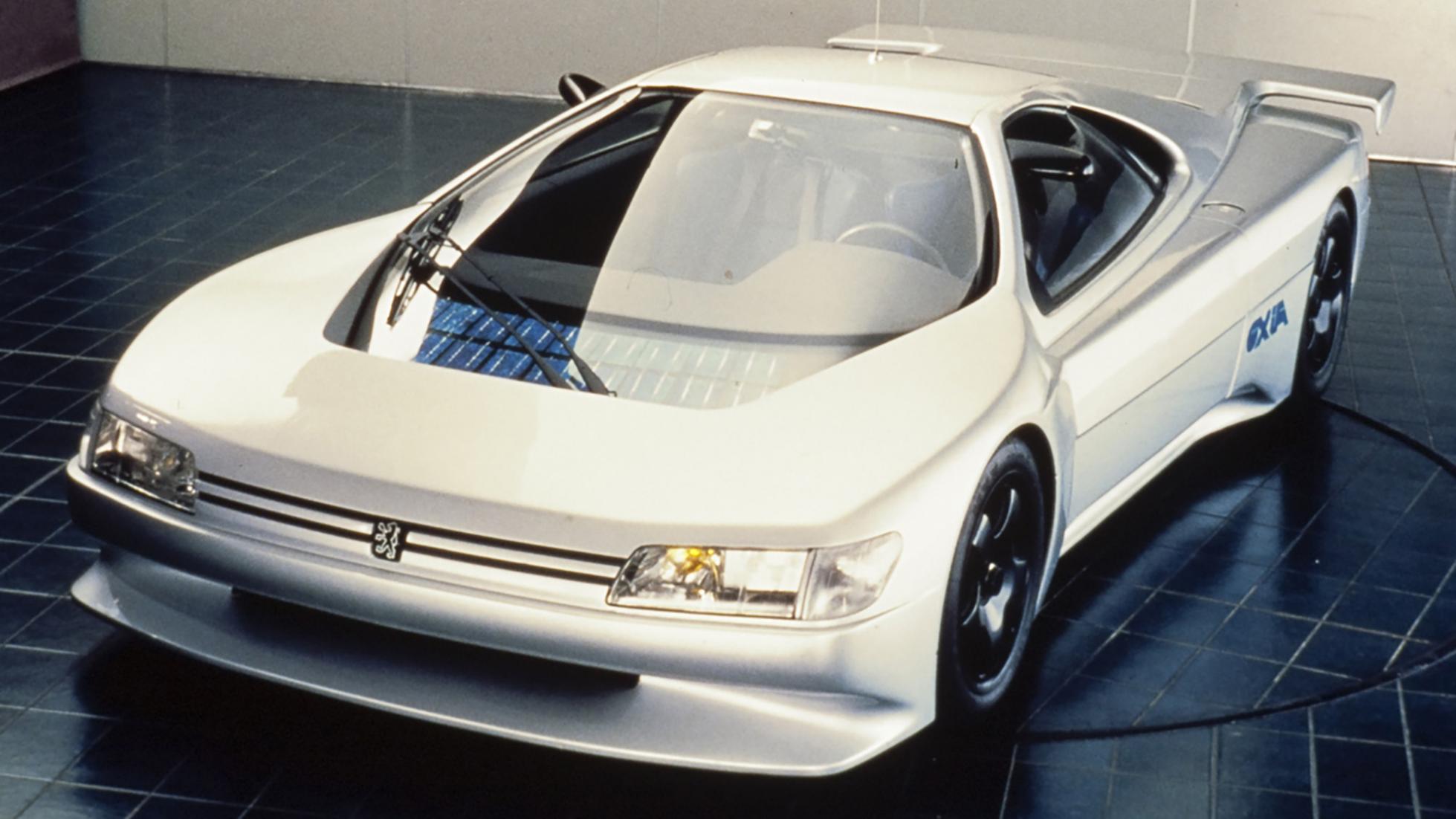 Spoiler alert, if you’re still in the Eighties and catching up – Peugeot never did get round to challenging the likes of Porsche and Ferrari. Instead, it has had to watch its back as premium brands such as Mercedes and BMW have encroached on its territory.

It did however manage two wins at Le Mans in 1992 and 1993, followed by another victory in 2009 to break up Audi’s party. The closest we’ve got to anything as exciting as the Oxia on the road has been the RCZ coupe. New Citroen C4 is a rarity: a new car that isn't trying to be in any way sporty