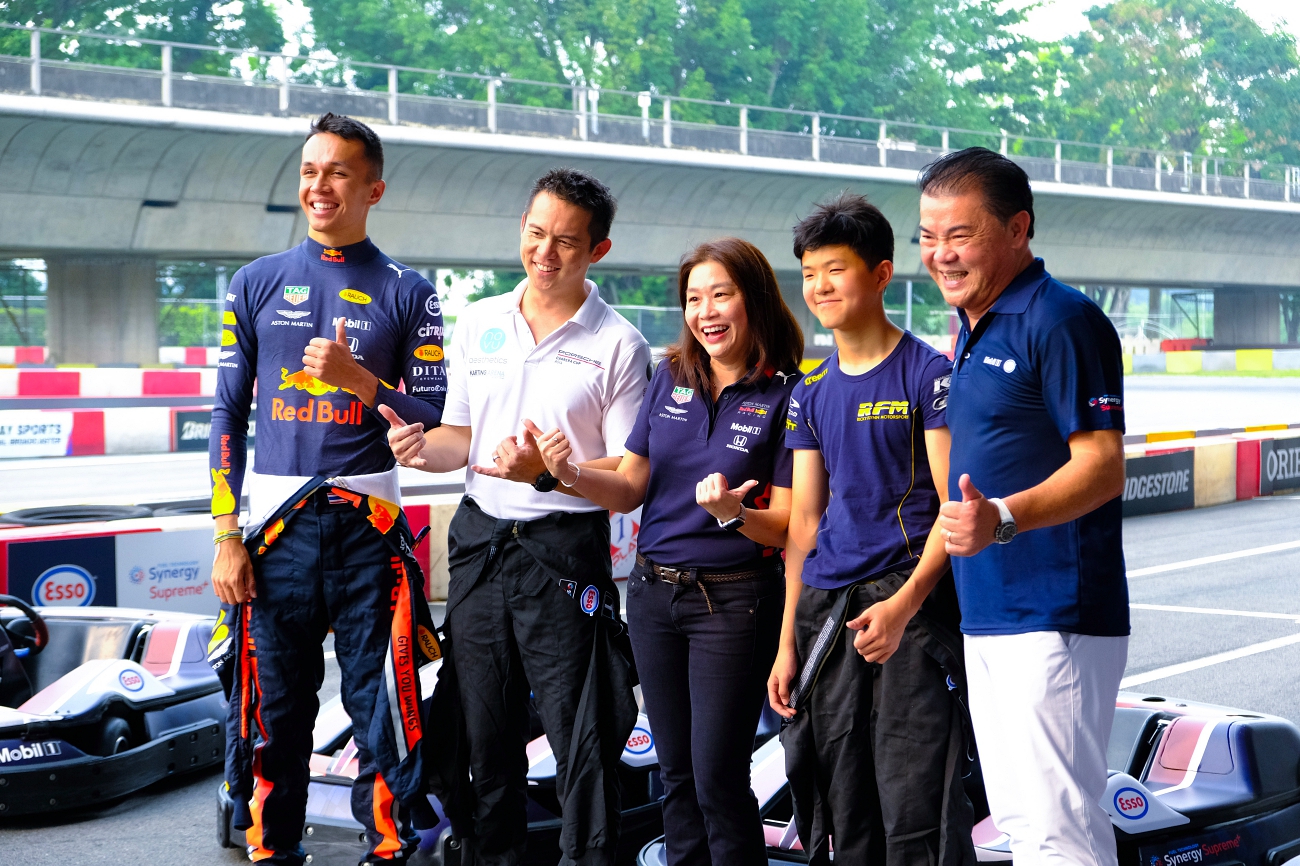 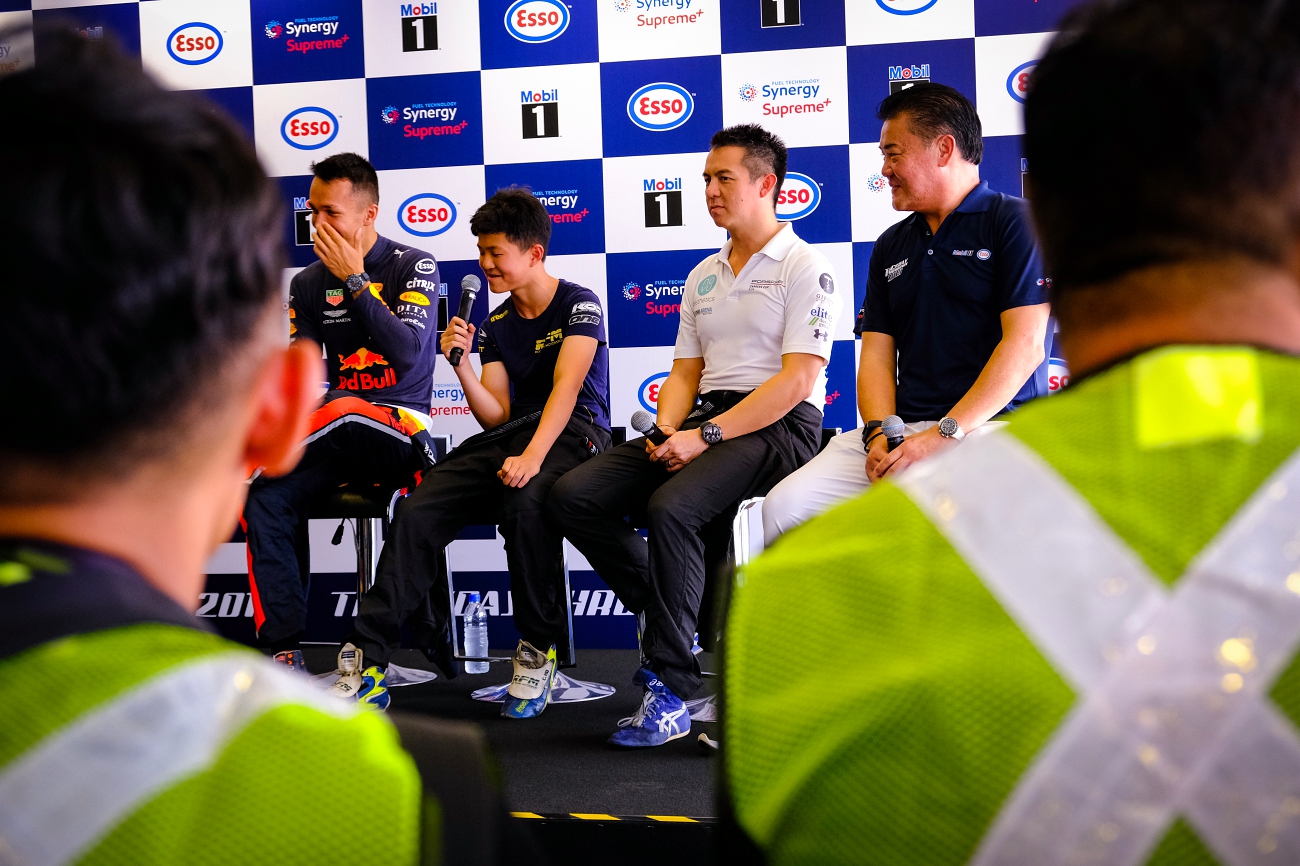 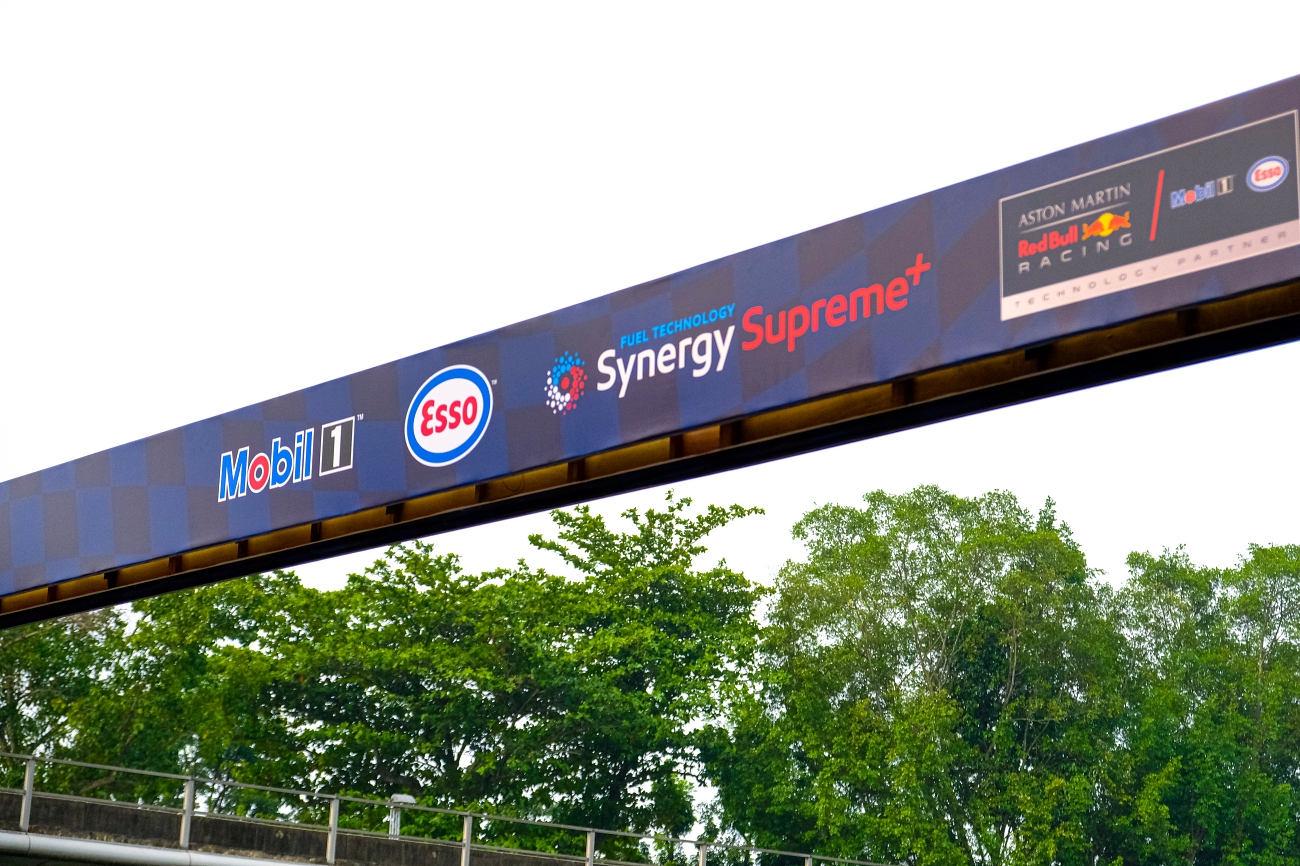 The joy on Ringo Chong’s face was palpable as the 53-year-old recounted a race victory over Nigel Albon, father of Aston Martin Red Bull Racing’s Alexander Albon, in the 1990s. It wasn’t hubris that prompted the anecdote, but rather the delight of seeing an old friend’s offspring fit so well into his father’s shoes.

Merely two weeks after his career best in a Formula 1 race, Alexander Albon was scheduled to take on a trio of Singaporean drivers at the Esso Singapore Trackday Throwdown. This was the second time in two years that ExxonMobil’s partnership with Aston Martin Red Bull Racing has yielded an opportunity for Singapore’s racing community to exchange insights with a Formula 1 driver.

In the pit lanes, an injured Ringo was part of the days’ festivities as he cheered on the trio together with international media and members of the local racing community.

On track, 13-year-old Christian Ho and 35-year-old Yuey Tan, clocked a fastest lap of 55.51 and 56.19 seconds respectively, narrowly missing out on Albon’s time of 55.35 seconds. These timings were set in karts powered by Esso Synergy Supreme+, a fuel developed in the very same labs as the Esso race fuels.

Through the event, ExxonMobil showcased their track to road journey, where learnings from the Technology Partnership with Aston Martin Red Bull Racing were applied to the development of superior, technologically advanced SynergyTM fuel products available to consumers around the world.

By testing the fuels rigorously at the pinnacle of motorsport. Engineers can enhance engine efficiency and performance on and off the track to create a winning formula trusted by over eight million drivers globally.

The proprietary Synergy Supreme+ blend; developed in the same labs as the Synergy Race Fuels, comprises double the additives and has the ability to reduce engine deposits by 50 per cent.

Additionally, the Esso Synergy Supreme+ is packed with demulsifiers and corrosion inhibitors. The former helps prevent water from being accumulated in the fuel tank by allowing it to be separated and subsequently removed, while the latter assists in preventing the build-up of rust within the fuel distribution system and on key engine parts, giving drivers better fuel economy and a smoother drive.