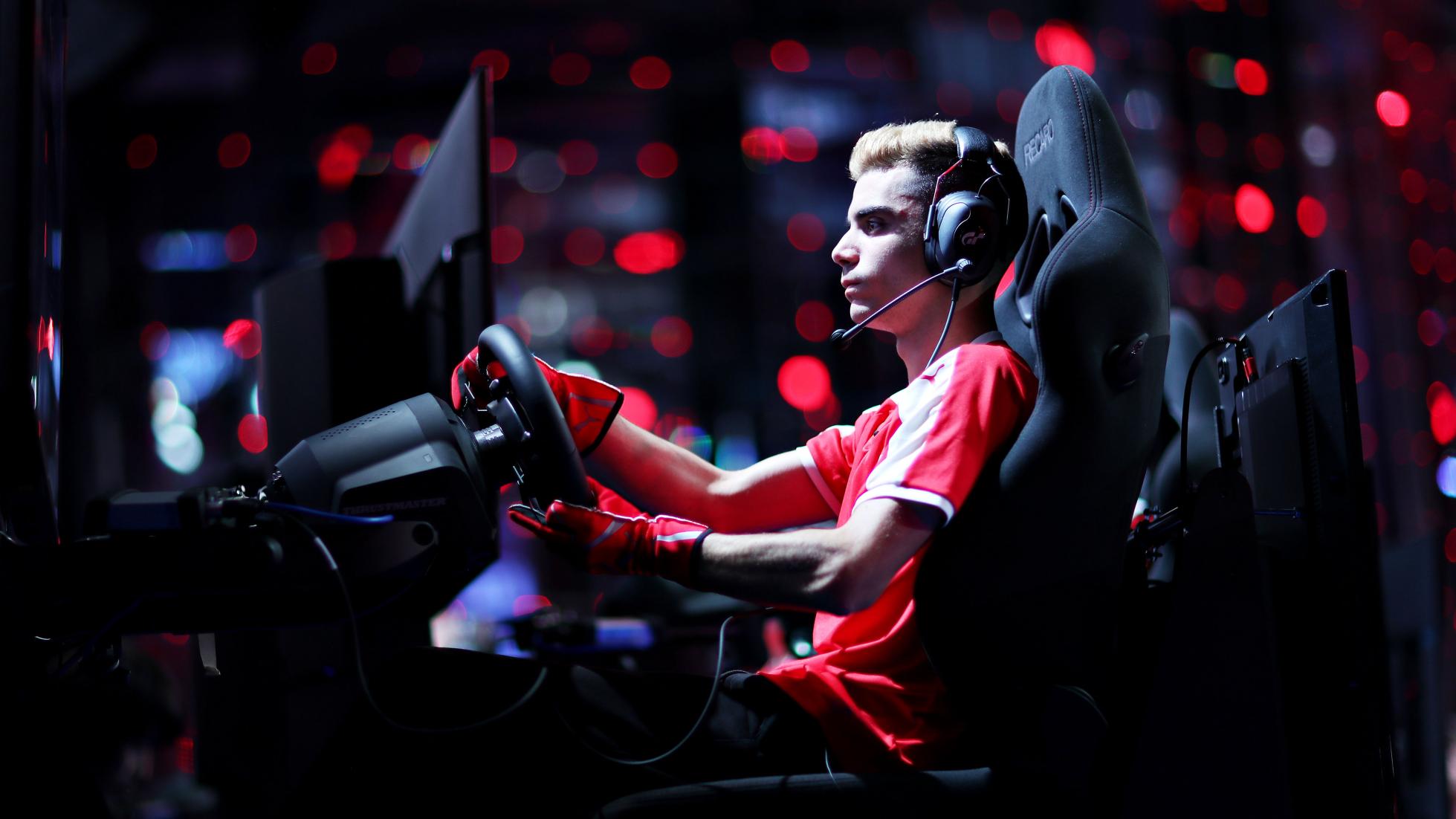 Unless you’re suffering from gradually gathering cataracts, you might have noticed that all the motorsport on television and YouTube recently has been taking place in videogames rather than on real circuits. The clue is in how many of the drivers seem to be in loungewear.

Where motorsport has been unable to provide, simracing has stepped in. Formula One has been hosting ‘Virtual Grands Prix’ that feature real-life F1 pilots, Formula 2 hopefuls and, weirdly, Real Madrid goalkeeper Thibaut Courtois.

Of course the difference between this and real motorsport is you don’t need to sell several of your organs on the black market to afford to do it – esports is almost entirely a meritocracy, with the fastest drivers invariably rising to the top.

So maybe seeing all this lockdown competition has given you a powerful urge to dive into simracing esports for yourself? Here’s a guide for every budget and level of commitment… Unlike a real life motorsport career, the best place to start simracing is probably Formula One. The official games might not be the most hardcore sims out there, but they are painstakingly authentic and stuffed with circuits to master.

Get good enough and the official F1 esports qualifiers are integrated directly into the game, meaning you could end up signed as an official Ferrari F1 driver without ever leaving your sofa. Makes you wonder why Carlos Sainz Jr went to all that effort… 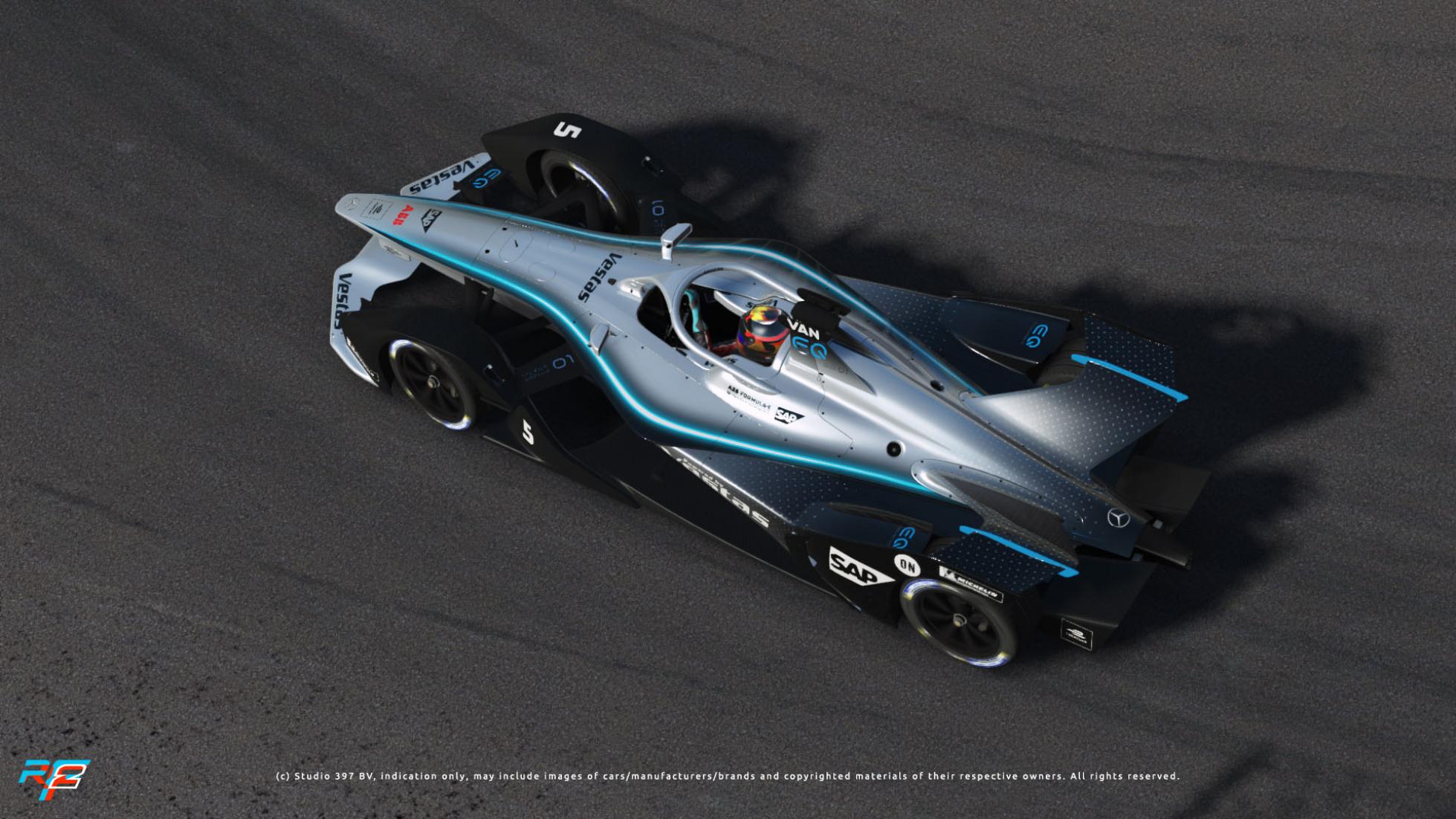 Boasting the most technologically advanced tyre model outside of an F1 team’s basement, rFactor 2 serves as a platform for multiple esports competitions.

It’s also got an ever increasing catalogue of optional official content that can be plugged in to suit your tastes, including Formula E, a laser-scanned Le Mans circuit and a host of recent GT cars.

Then there’s the thousands of less official offerings made by passionate ‘modders’ that mean no two races need ever be the same. Loosen your belt for an all-you-can-eat simracing buffet. 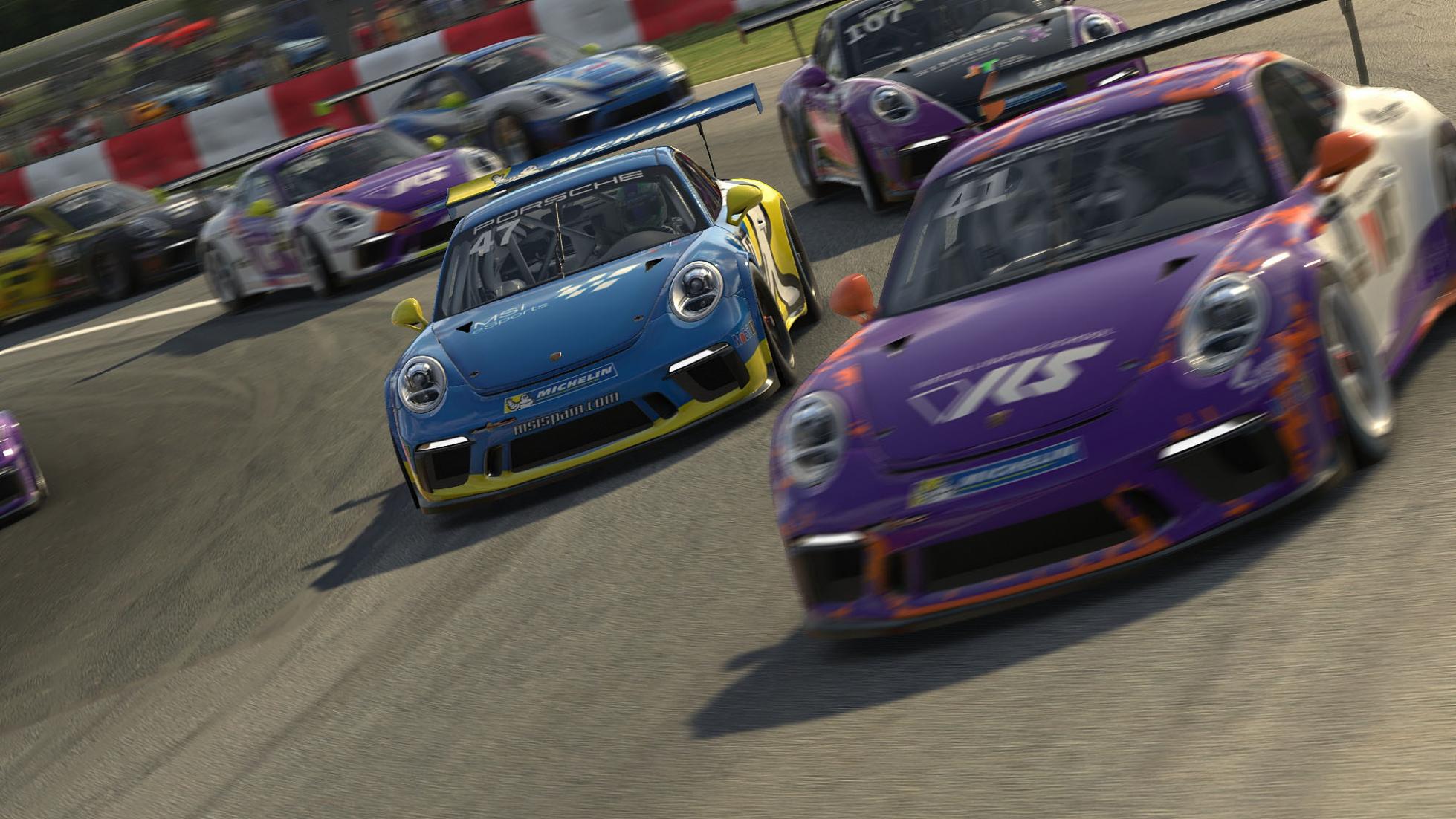 The priciest option on this list, iRacing requires you not just to buy the cars and circuits you want to race on, but also stump up a subscription to access them. If you’re committed, though, it’s absolutely worth it.

iRacing’s genius is in its rigidly enforced competition structure that promotes clean racing, full grids and competition that’s matched to your talent, or lack thereof. Plus there’s always a chance you’ll find yourself lining up on the grid next to Max Verstappen or Lando Norris on a sort of virtual busman’s holiday. 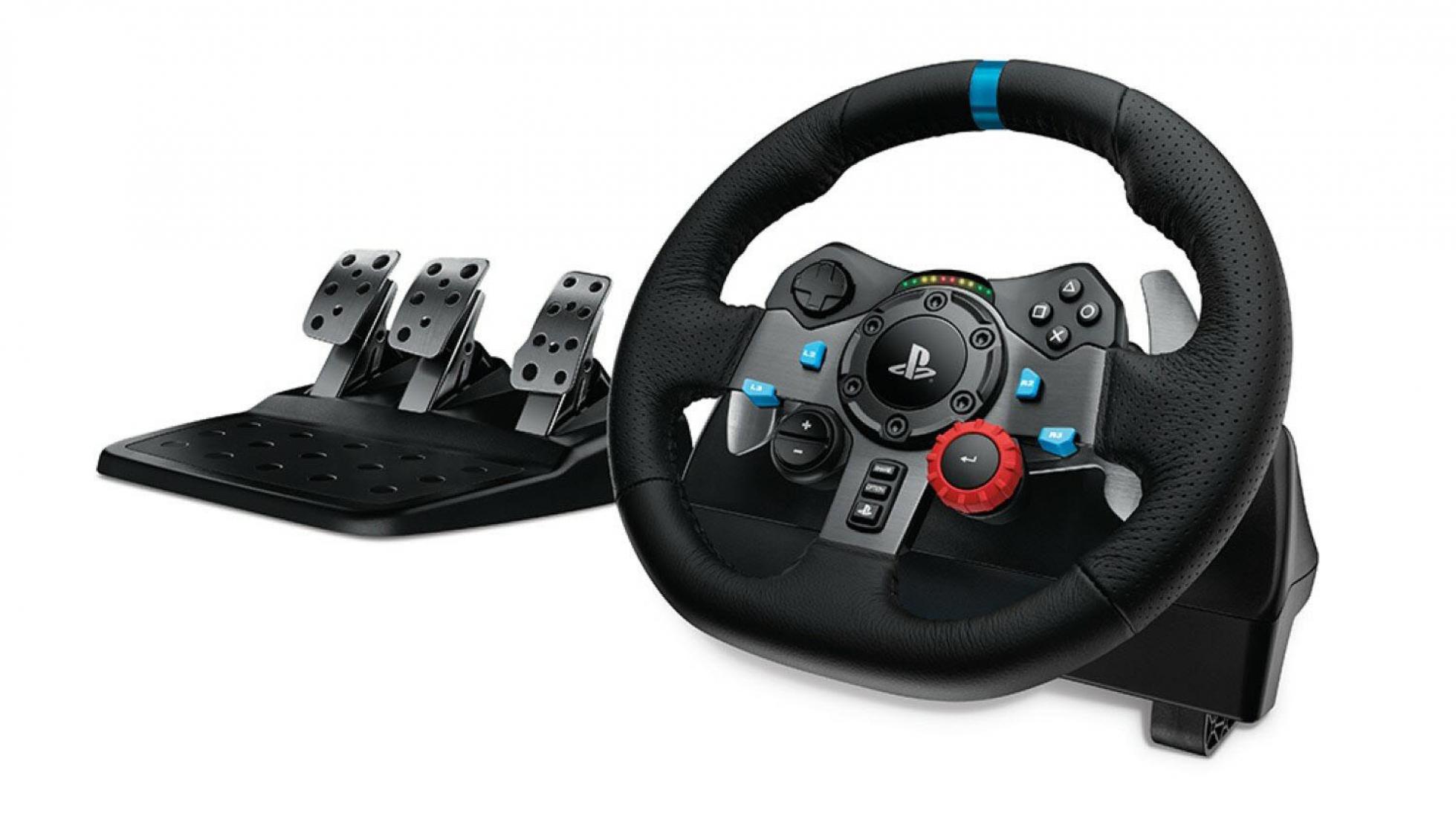 Speak to almost any top level sim racer and the kit they cut their teeth on will have been from Logitech. Some of them might even still be using it.

Looking much the same as it did fifteen years ago, the Logitech G29 and G920 are the PlayStation and Xbox compatible variants of a wheel that offers detailed force feedback, sturdy pedals and a gated H-pattern shifter for a (relatively) modest outlay.

More expensive setups might offer increased immersion and earn you more points in the sausage measuring contest, but you can be plenty quick with this too. 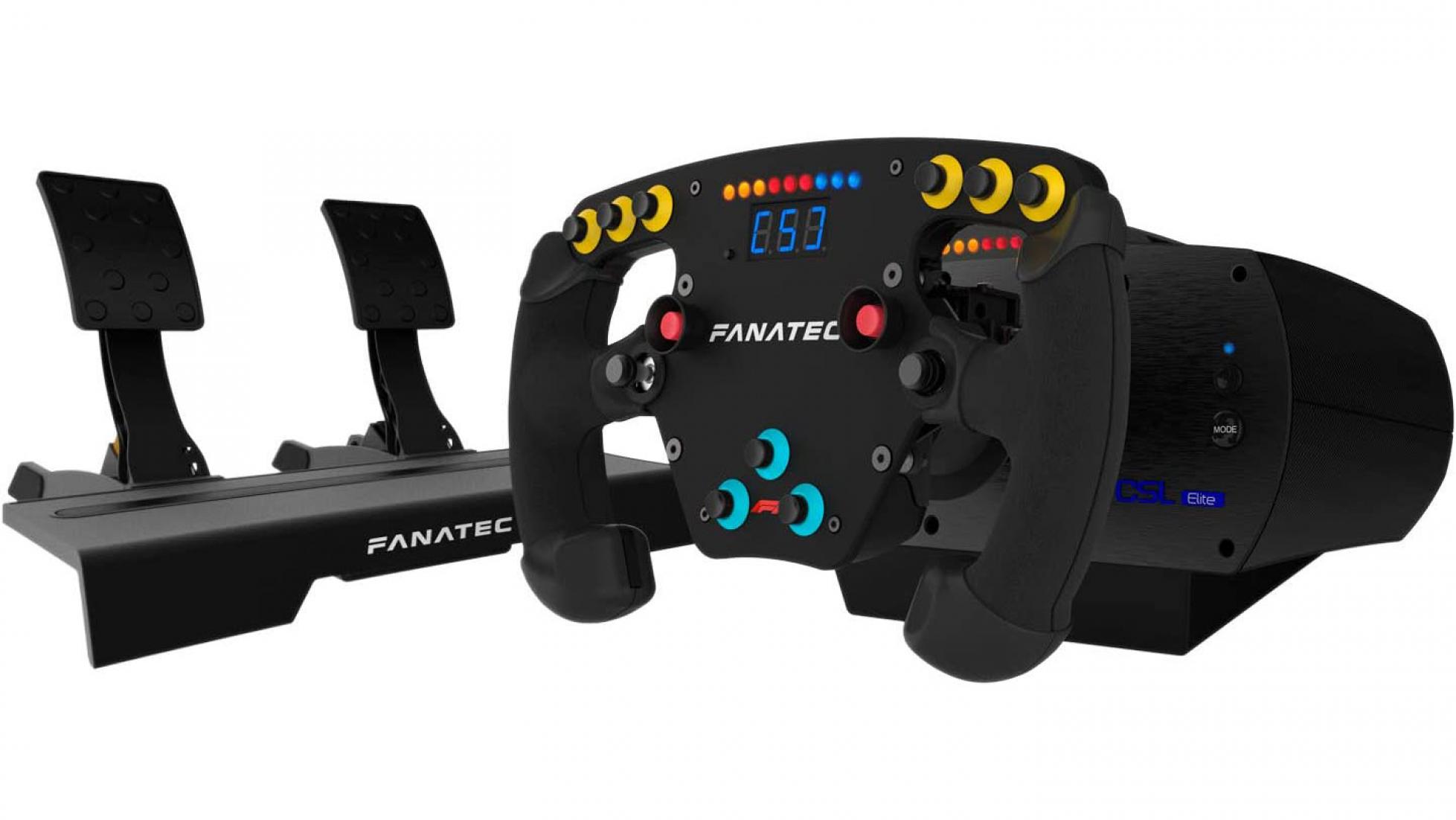 If you’re ready for something a little more sturdy, the Fanatec CSL Elite F1 set is the exact same kit used by the 20 Formula One esports racers when they compete.

It bundles the silky smooth belt-driven CSL Elite wheelbase, a pair of pedals and a Formula-style wheel-rim so you can play out all those ‘get in there Lewis’ fantasies.

Plus the base features Fanatec’s motorsport-grade quick release system, meaning if you want to get into a fiscally hazardous rim collecting habit afterwards, it’s your financial funeral. 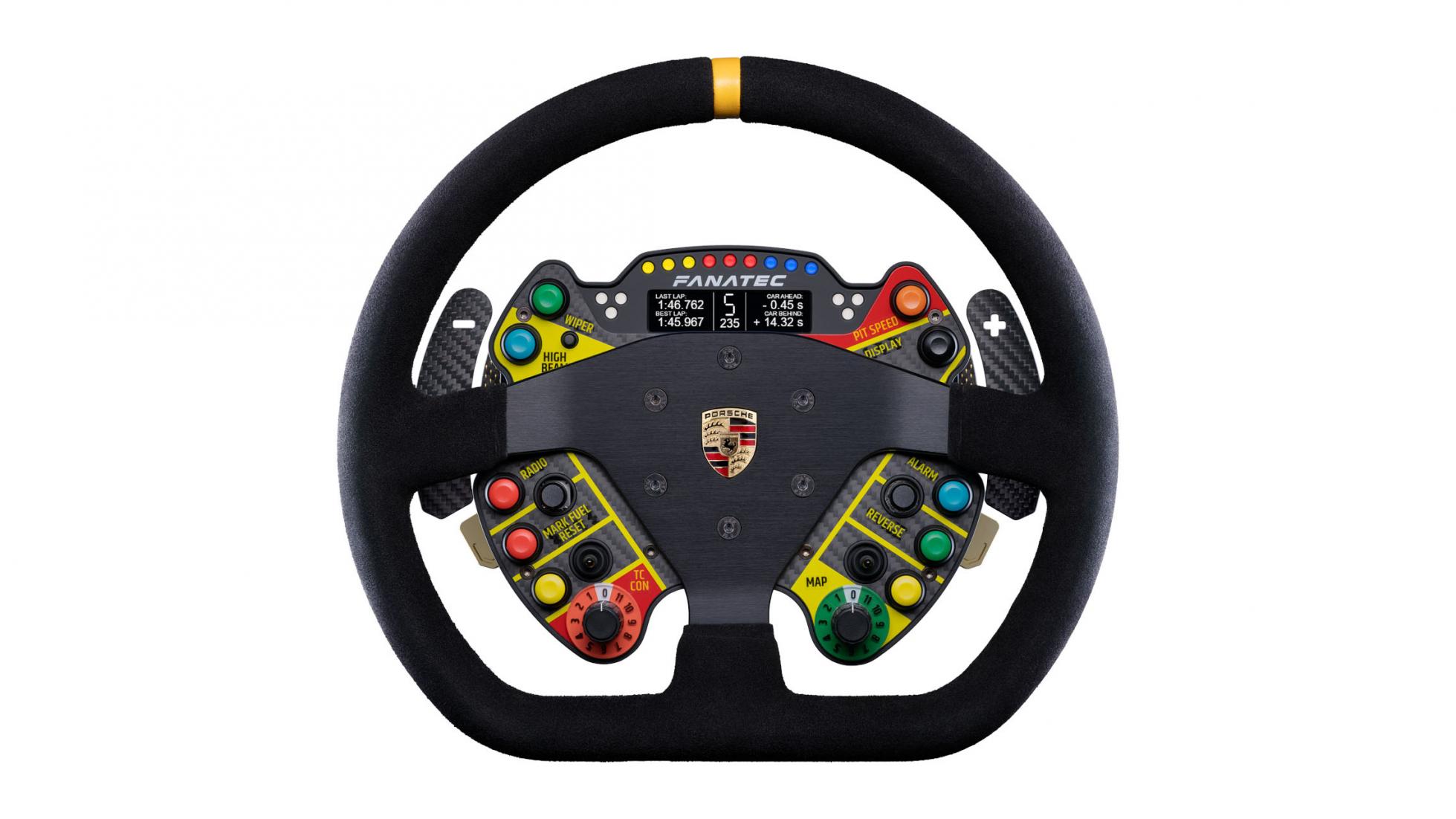 When it comes to consumer kit, this is the heap of stuff you want making a sizeable crack in your doorstep. Fanatec’s DD1 is the first direct drive wheel that’s compatible not just with PC, but with Xbox and PS4 as well.

Direct drive means more responsive force feedback, buckets of torque and no feeling of slack in the system. The hefty new replica Porsche 911 GT3 R wheel rim that can be snapped to it, with a motorsport-grade quick release no less, could have been ripped straight out of a race car. Alright, it might look like a lawn chair, but the Playseat Challenge offers remarkable stability and comfort in a package that can be conveniently folded away and hidden behind the sofa when you want to watch Netflix.

It’ll handle most force feedback wheels, though maybe steer clear of torquey direct drive units, otherwise you might end up with the wheel remaining stationary while you and the chair spin wildly around it. A step up from the entry level end of the PlaySeat range, the GTtrack offers an exceptionally sturdy frame which can handle direct drive wheels without any flexing and allows you to fit a load cell brake without putting your foot through the pedal plate.

It can’t be folded up like some of the lightweight gear, but a set of castors underneath means you can at least wheel it out of the way. Or ride it down the stairs, if you’ve got some sort of deathwish. 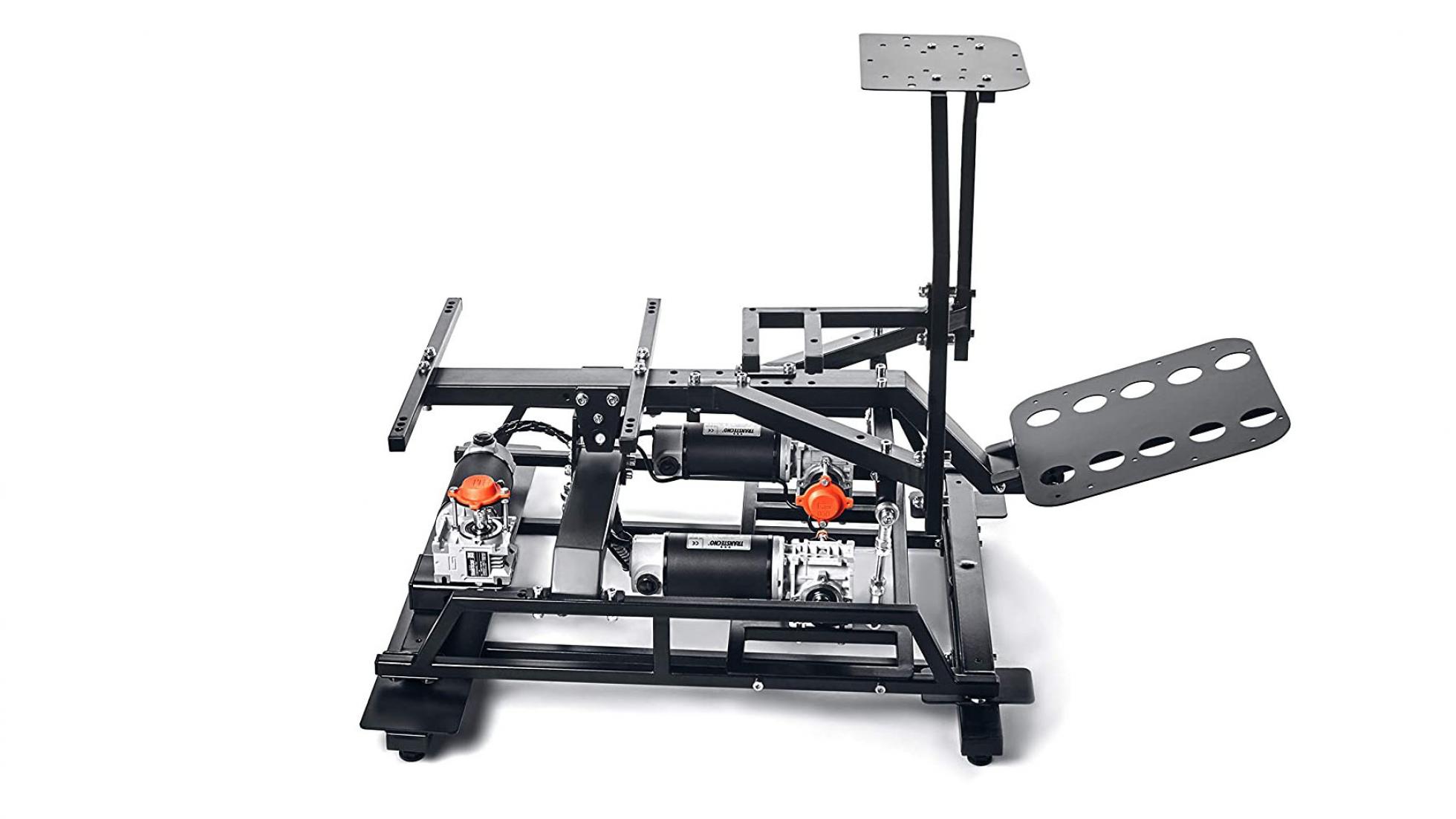 Anyone who’s driven a car at speed will know that the main thing lacking in simracing is the sensation of the car moving underneath your bottom.

If you can find space for the DOF Reality H3 in your home you can go some way to clawing back that advantage, with this motion rig designed specifically to work with modern PC racing simulations.

You’ll need to buy and fit your own bucket seat, but believe it or not, it's relatively 'affordable' for a technology that until recently cost more than most actual racing cars. 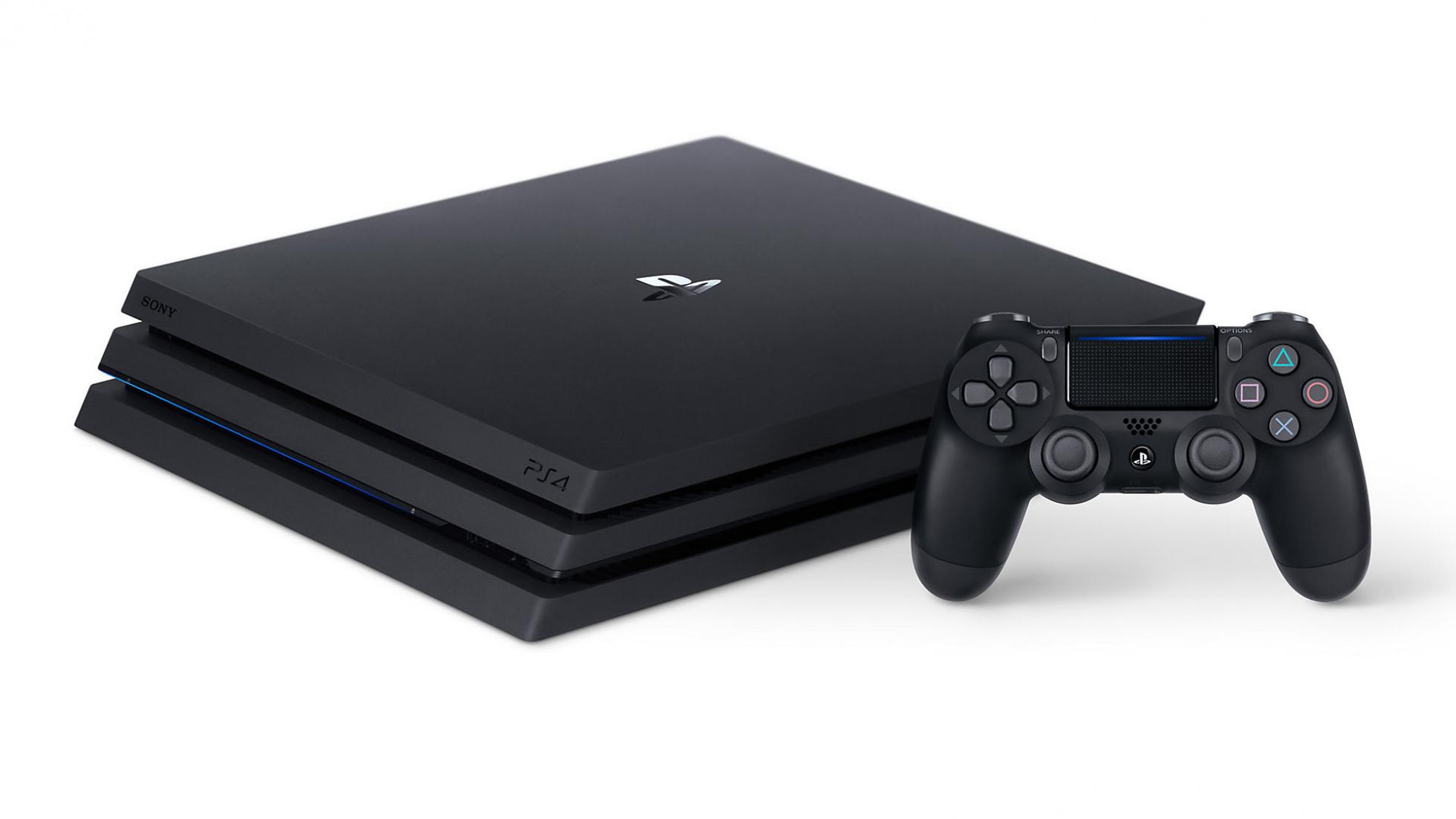 If you’re aiming to esport on a budget, you could do a lot worse than a PS4 Pro, which boasts Gran Turismo Sport, the official F1 games and, from this summer, Assetto Corsa Competizione as well. Given that most racing sims still have relatively modest performance requirements, you can likely get away with a decent mid-range PC and still achieve pleasing visual quality at silky smooth framerates.

Omen by HP’s PCs offer strong components and small overheads, meaning even for a reasonably sensible outlay you get more grunt than a pig farm. Looking like something that was ripped straight out of Optimus Prime’s chest cavity, the Asus ROG Strix GA35 is potent enough to handle even the most demanding games.

That means the visually lavish Assetto Corsa Competizione running with such convincing levels of detail you might find that you start accidentally introducing yourself as a GT3 driver at parties. If affordable immersion is the goal, you’d be surprised how much a decent pair of gloves will help place you in the racing headspace.

More importantly, if you’re banging in a three hour stint in an iRacing enduro, they also mean you won’t end up with hands that are just a single, giant callous.

And the best part? They’re affordable because they don’t need to be fireproof. Well not unless the wiring in your house is extremely bad. With Ronseal-esque honesty about its function, the Buttkicker is designed to give you a hoof to the rear end.

Essentially a bass shaker, it fixes to your sim rig (or desk chair) and translates all the low-end audio into vibrations, meaning engine thrum, kerb rumble and panel bashing can all be felt through your posterior.

Certainly better than mounting your steering wheel to the washing machine. Virtual Reality functions beautifully with racing games and the majority of PC simulations support it.

The Valve Index VR system is the top dog in terms of visual quality, meaning you can pick out the apex from a distance and have the spatial awareness to perfectly place the car.

Unfortunately you are still going to look like a berk with it strapped to your head – they haven’t solved that one yet. Yes, there’s going to be a virtual Le Mans 24hrs