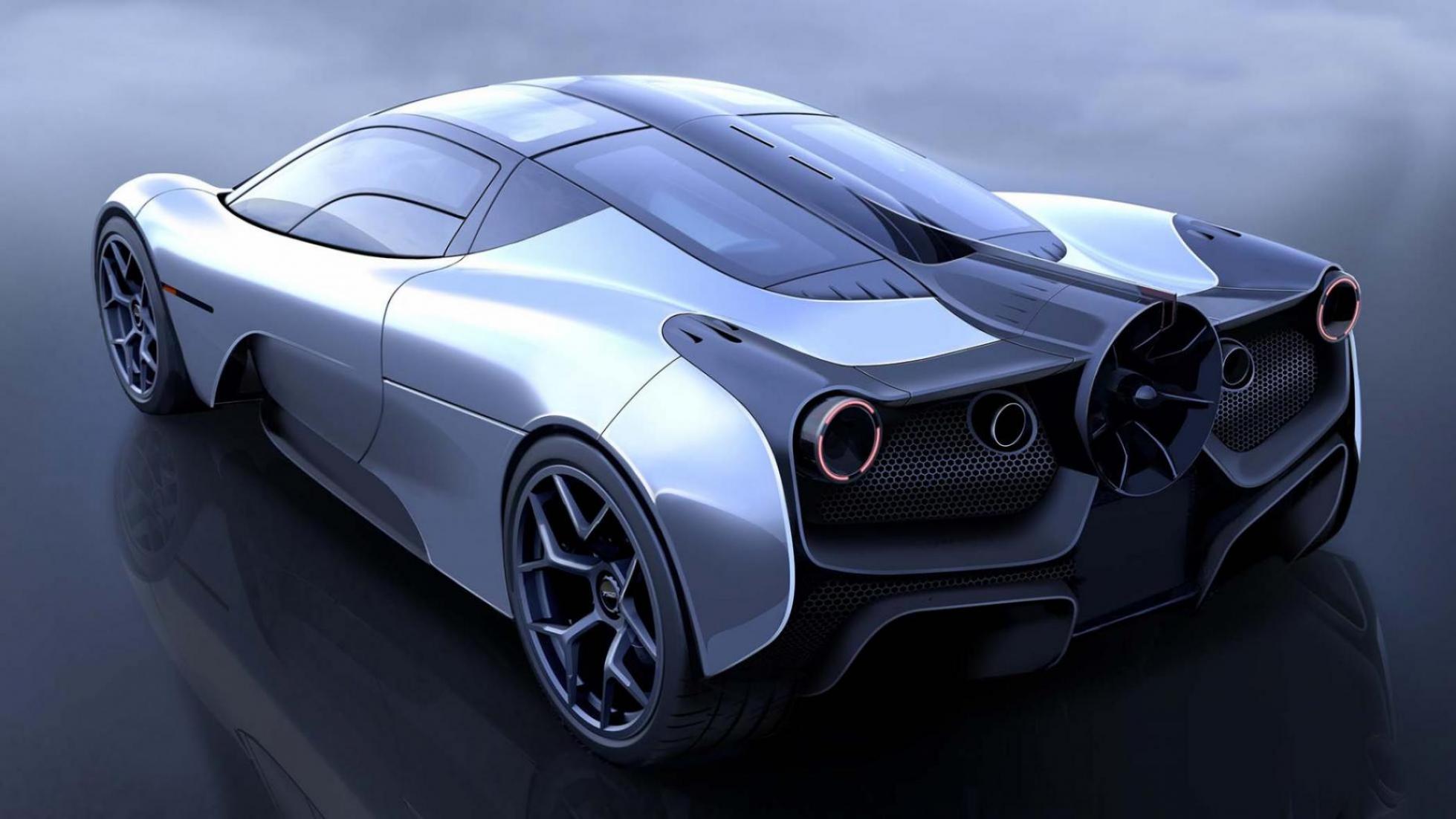 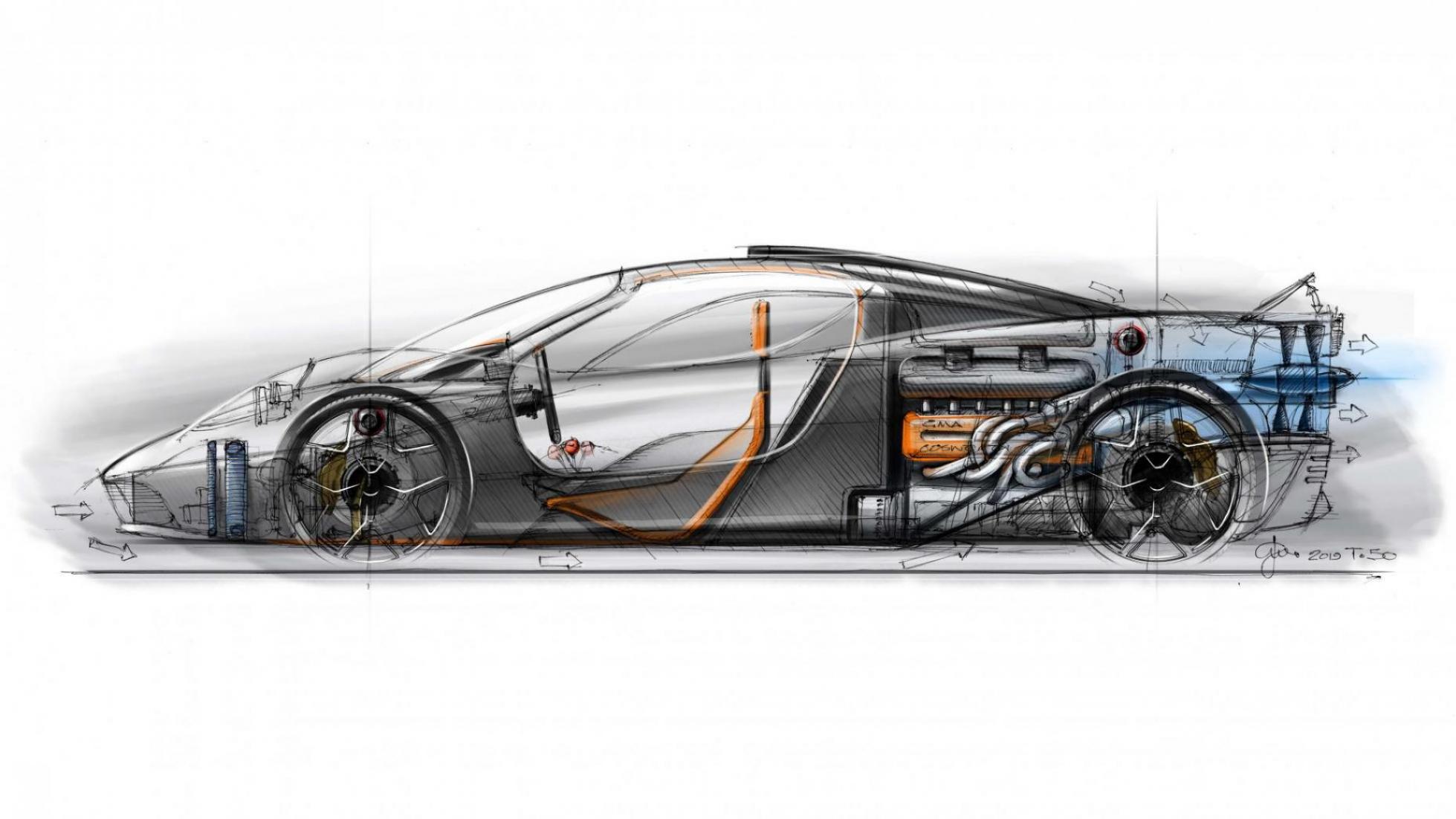 Nope, Gordon Murray hasn’t fully revealed the T.50, his long-awaited successor to the McLaren F1… yet. We’re going to have to hang on for another few months before we get a look at the design and a proper poke around one (and another 18 months before it goes into production), but to keep the excitement bubbling he’s released details on the witchcraft that allows a three-seater, V12 supercar to weigh just 980kg – less than your average supermini.

We’ve already picked Gordon’s brains on the T.50 and managed to wheedle out a surprising amount of detail, which you can read about here. Clearly mass, or lack of it, is his obsession. “Designing a lightweight sportscar does not come from specifying exotic materials alone,” says Murray. “It comes from a state of mind, from absolute focus and control, and from a deep understanding of lightweight, optimised design.”

Translated into English, that means designing every component to be as light as possible from the outset, rather than resorting to retrospective stripping out at the end. Murray refers to the T.50 as a “supercar with GT capability”, not some pared-back track-special. Its footprint is smaller than the current Porsche 911, but it “offers comfortable space for three passengers and luggage.”

This is a car that weighs a couple of suitcases more than a 930kg Lotus Elise, but is powered by a 650hp V12. To hit the same 663hp/ton power to weight ratio, Murray helpfully points out, a typical 1,450kg supercar would need another 300-ish-hp for a total of around 950hp, but with that comes extra cost, complexity and larger, heavier components to handle the extra power. 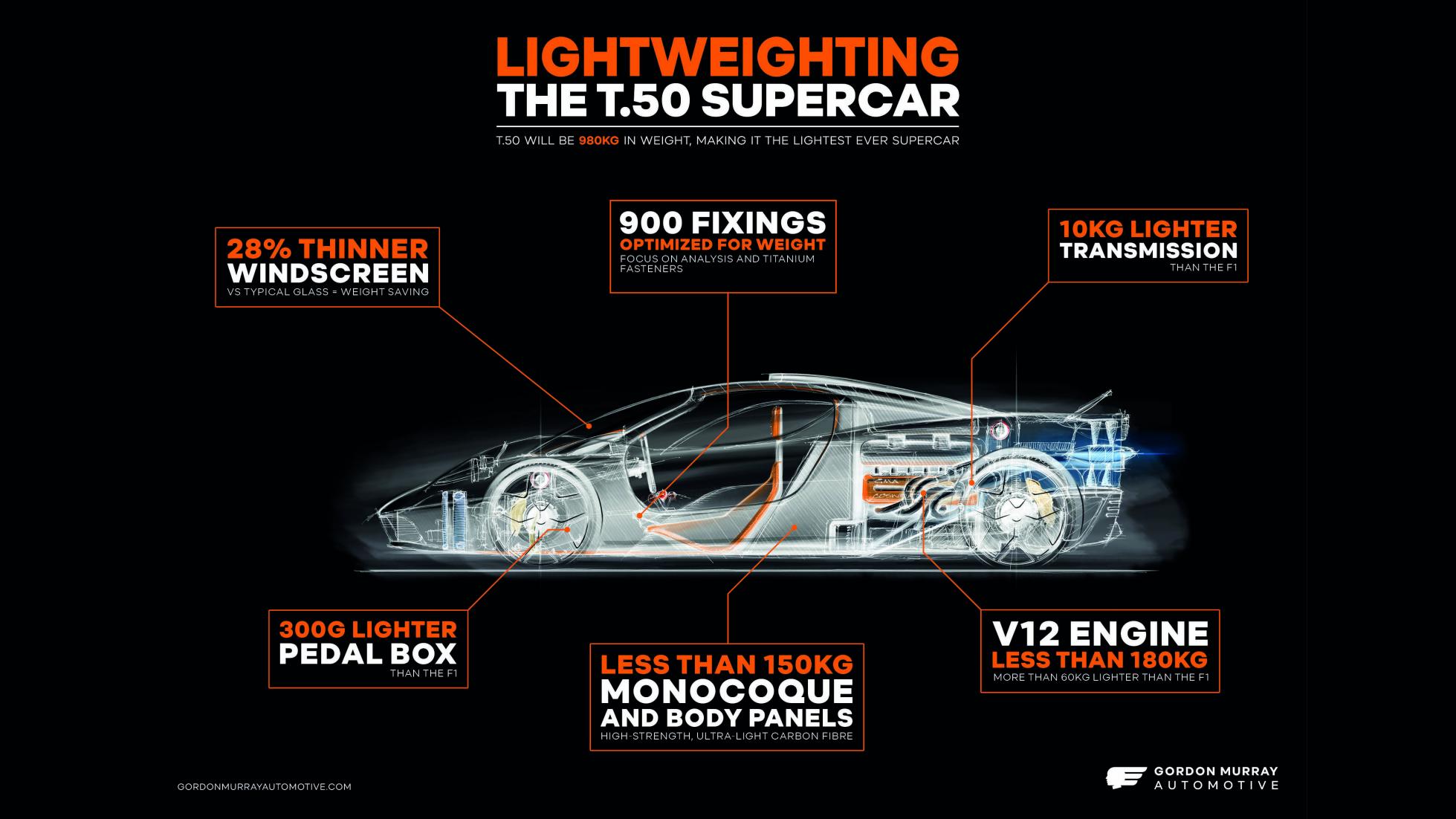 As the infographic above shows, the weight saving headlines are a carbonfibre monocoque and body panels weighing less than 150kg in total. Then there’s the three carbonfibre seats – the driver’s weighing 7kg, and the outer two 3kg a piece - a pedal box that’s 300g lighter than the F1’s, and glazing that’s 28 per cent thinner.

The Cosworth engine – a 4.0-litre naturally aspirated V12 revving to an Aston Valkyrie-beating 12,100rpm – weighs just 180kg, 60kg less than the BMW V12 in the McLaren F1, despite producing more power. The 6spd manual gearbox is 10 per cent lighter.

By far the most amusing revelation is that Gordon Murray Automotive’s senior design and engineering teams hold a weekly ‘weight watchers’ meeting. Not to compare waistlines and scoff cake in the car park afterwards, but to keep regular tabs on the weight of every component – down to the nuts, bolts and washers.

“On many cars these fixings are generic and far larger than they need to be. For the T.50, the diameter and length of each fixing (around 900 in total) was optimised by calculating the forces to which each would be exposed.” And you thought designing supercars was glamorous… 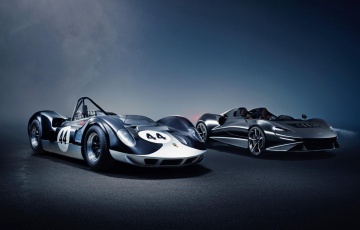