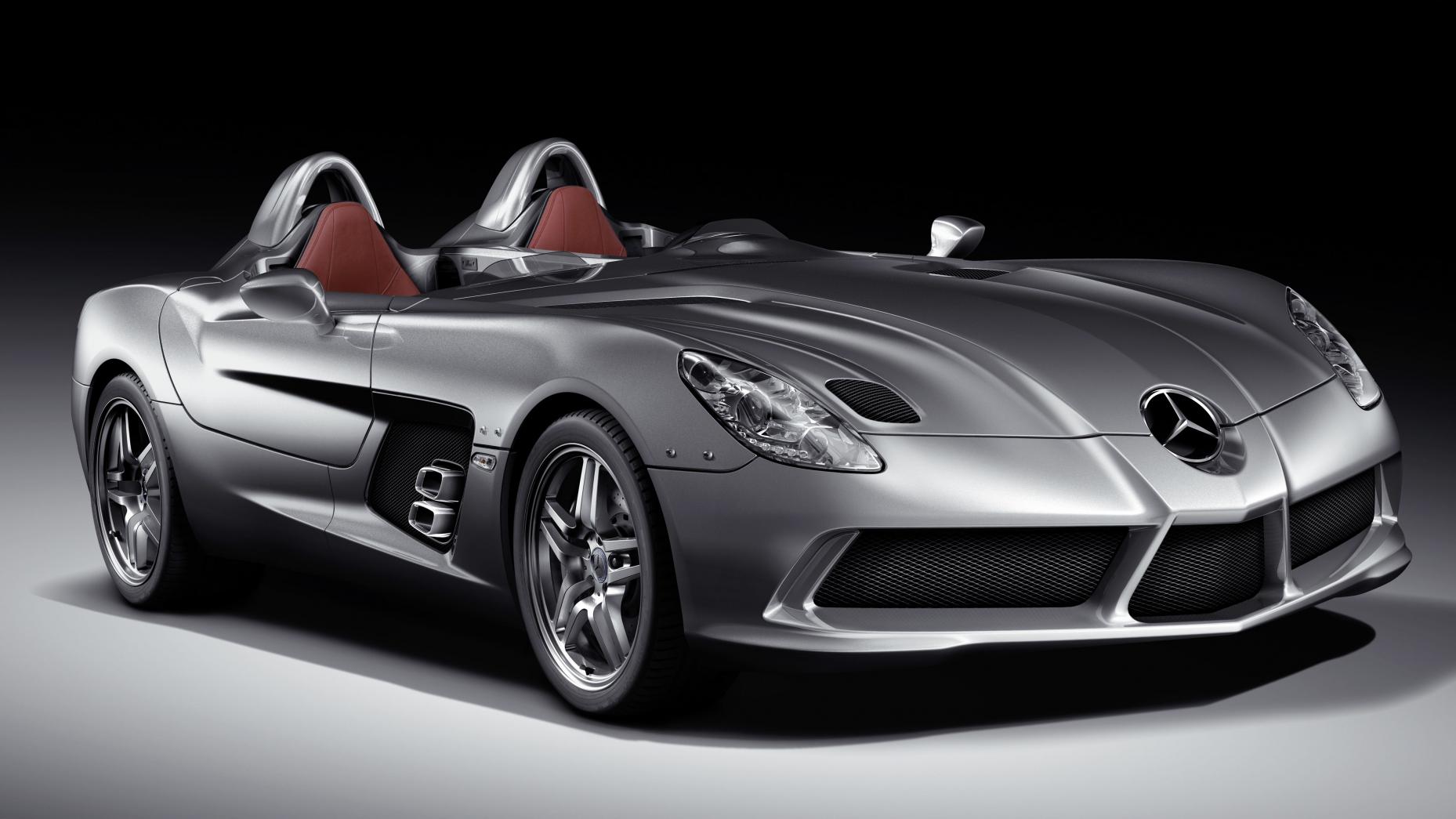 McLaren Mercedes, remember. This was a very special edition of the car McLaren and Mercedes built together – the SLR – only this time, it went back in time to pay homage to one of mankind’s finest ever victories: that of Sir Stirling Moss and Denis Jenkinson’s incredible 1955 Mille Miglia drive.

This then, is simply called the SLR Stirling Moss, and in a week of tributes to the Big Man, it is fitting to remember it. 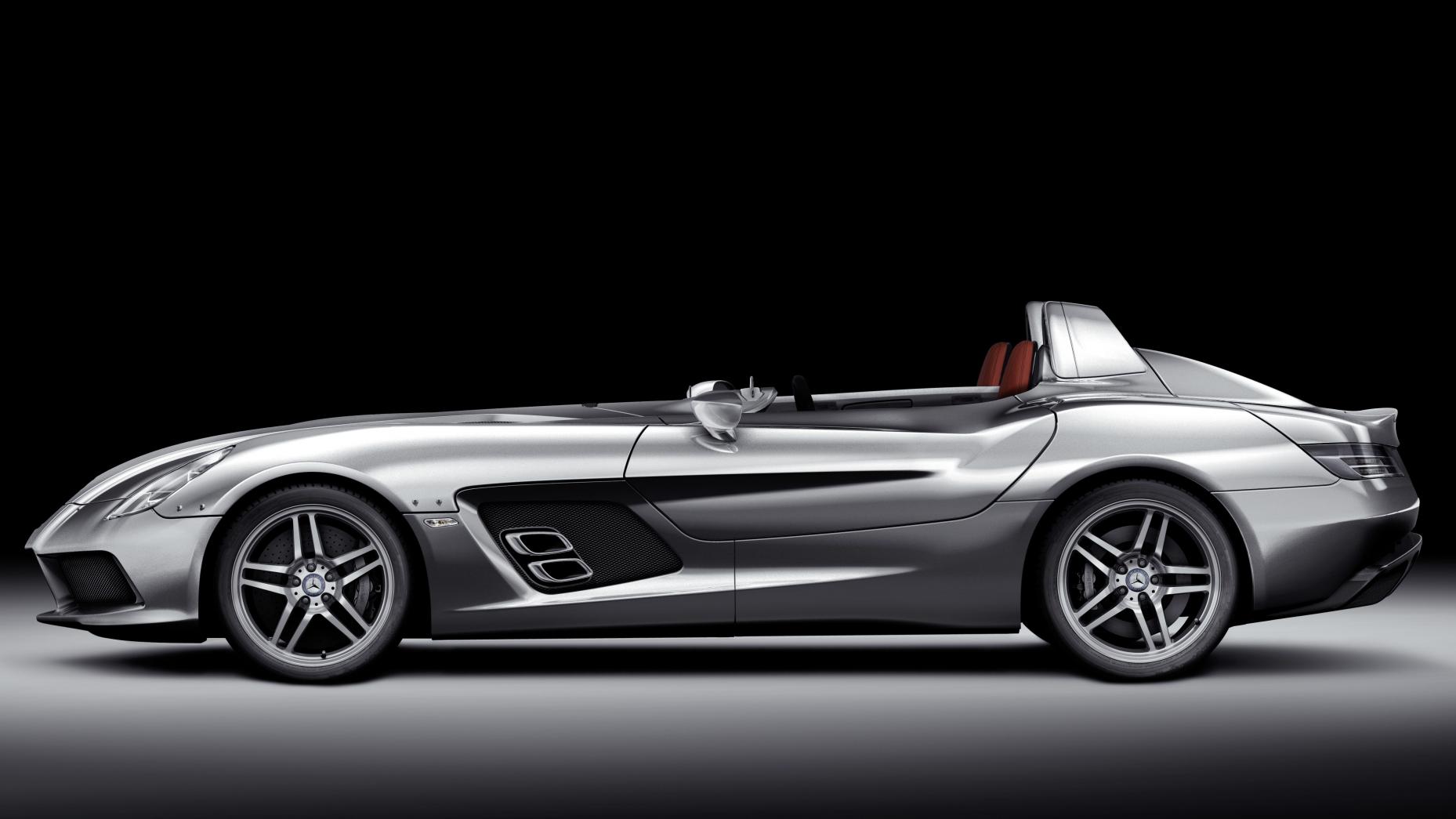 Remind me about the McMerc.

Gladly. Though by any measure it looks like a track star, Mercedes is adamant that it isn’t. Indeed, the initial literature released back at the car’s launch in 2009 noted how “the new member of the SLR family is not designed for the racetrack”.

Instead, it is built for those who have “exquisite requirements and nurture very special dreams”. We could shoehorn in something like ‘dreams of cheap facial surgery’ or ‘heavy duty hair glue requirements’, but really, we’re above that. 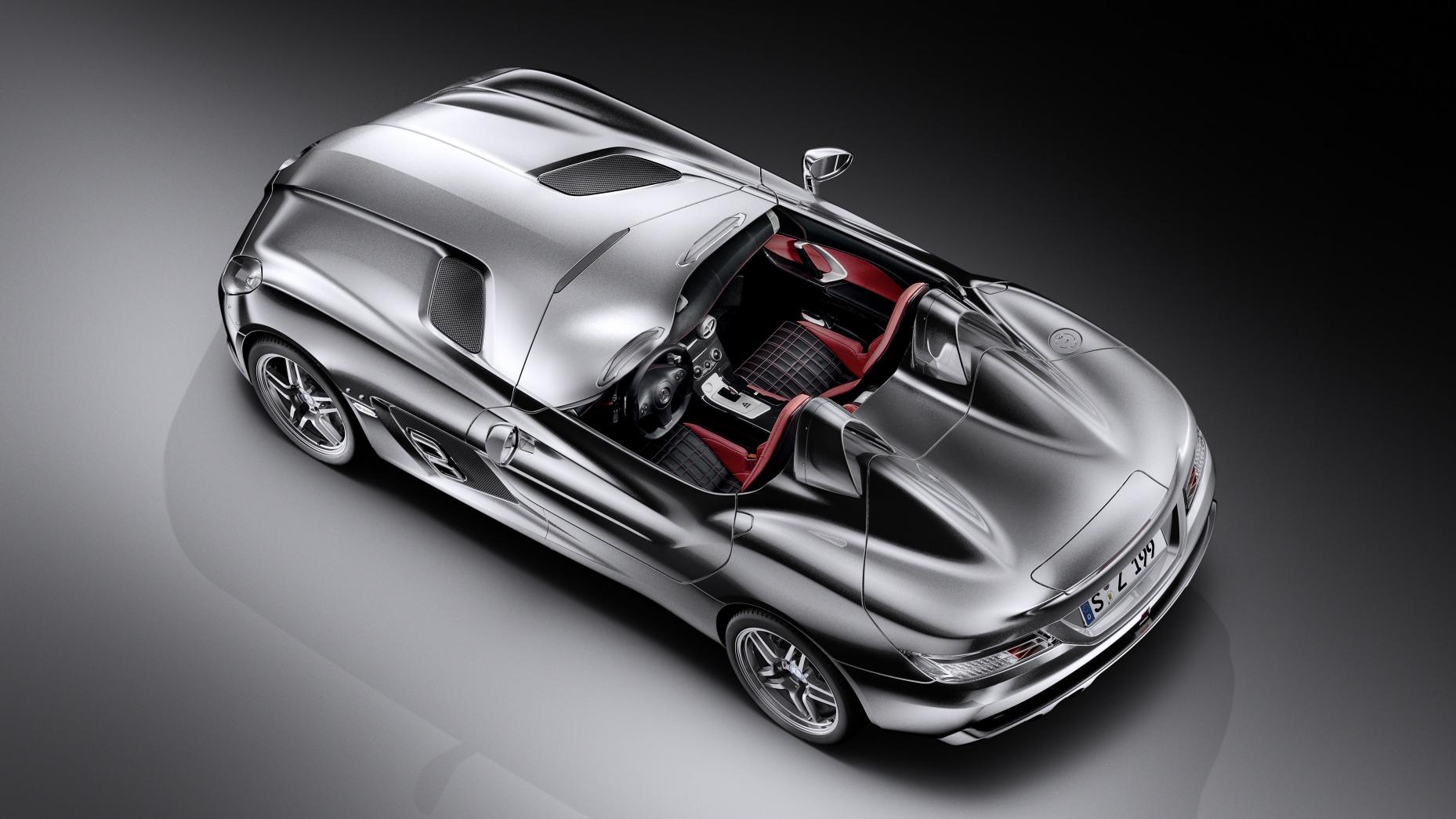 Well, just like Sir Stirling’s fine 300 SLR he drove to Mille Miglia glory back in the Fifties, there is no roof, nor are there any side windows. In place of the windscreen up front sit a pair of wind deflectors mere centimetres high to protect the driver and passenger from the car’s airflow. Just like ye olden days.

And, with a supercharged 5.4-litre AMG V8 under that ridiculously long nose yielding a ridiculously high top speed, airflow was very much in abundance. 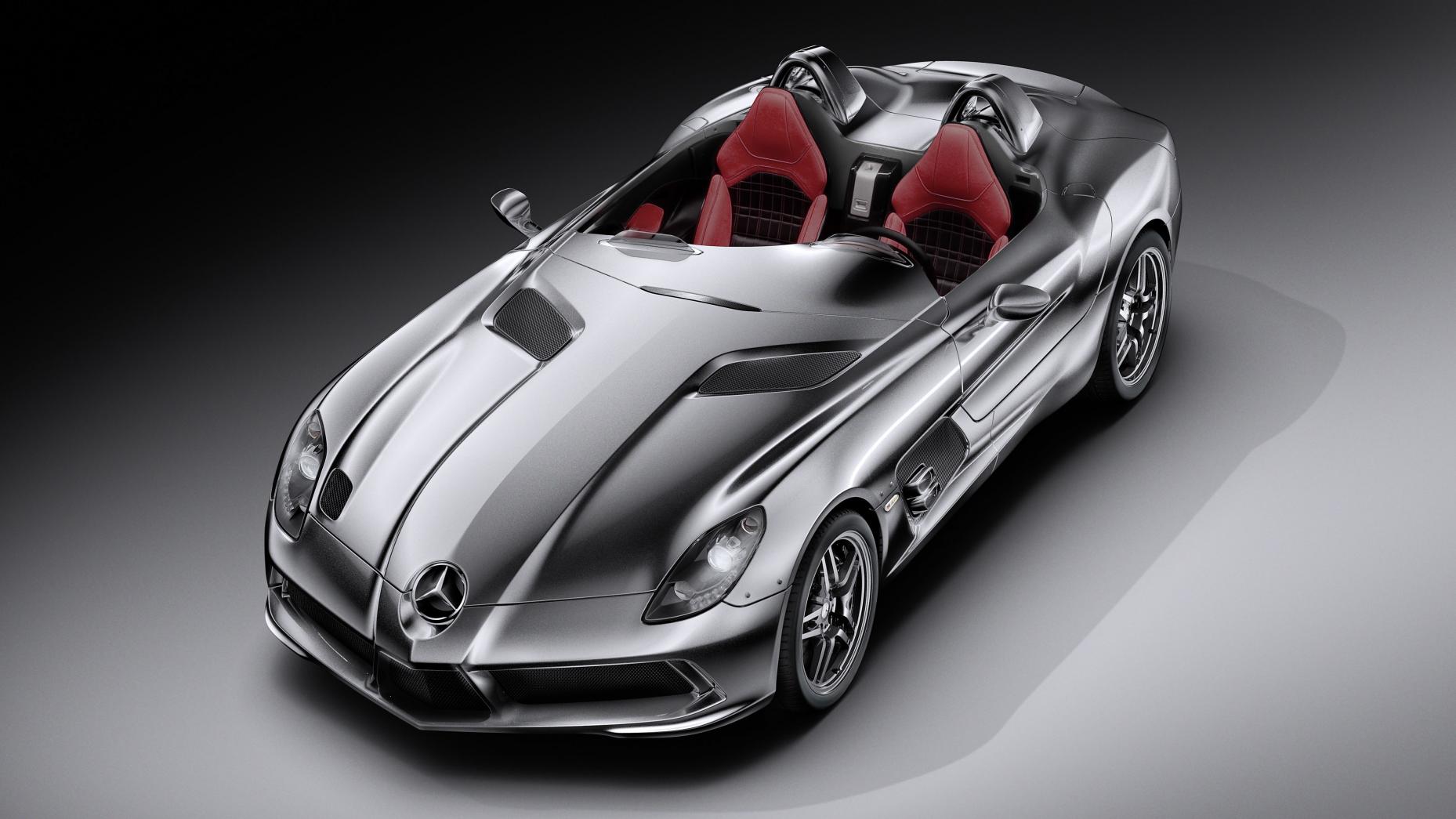 Did Sir Stirling achieve a Mille victory in 10hrs, 7m 48s? Did he average 155km/h on public roads? Do you need anything more obvious? Yeah, it is very, very fast. That supercharged V8, a cracking engine with a wonderful whine to it, pumped out 650hp, and was capable of 0-100km/h in less than 3.5s. Any way you cut it, that’s quick. 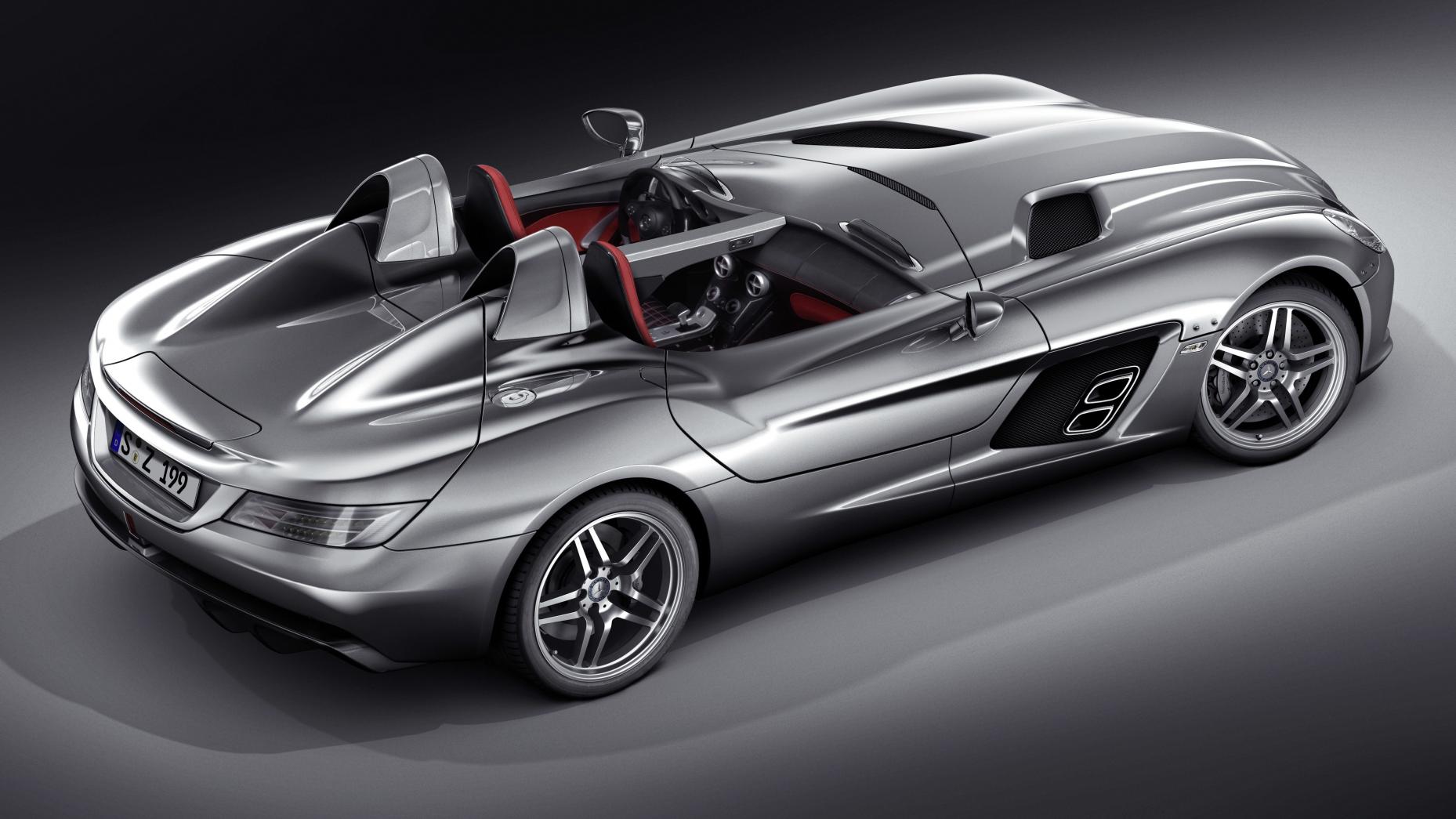 That’s nice. What else?

The entire body was made of lightweight carbonfibre – now a prerequisite in the hypercar stakes – and shaped in honour of Merc’s wonderful Fifties race cars. That ‘arrow-shaped’ nose, a muscled-up rear, scoops, vents and the application of side-exit exhausts.

There are a pair of scoops behind both driver and passenger which double up as rollover hoops, and the side skirts on the SLR Moss are high – just like it was back in the day – necessitating “folding swing-wing doors” that open forwards. We suspect the designers may have deliberately done this, not in homage to the 300 SLR, but because upwards opening doors are just cooler and better. 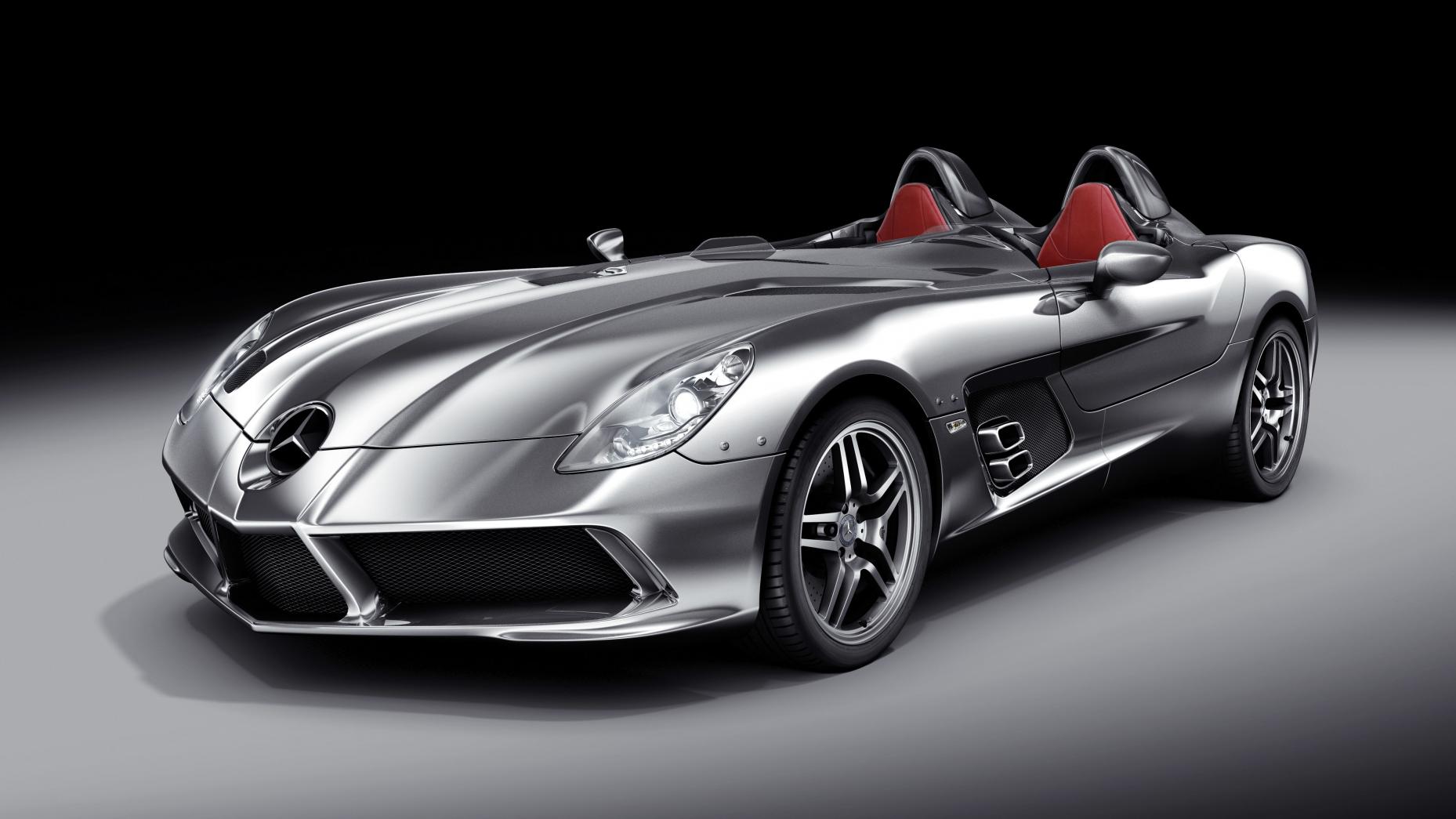 Is it good to drive?

Only 75 people will ever know, because only 75 of these exist. We… we are not in those 75. We know there was lots of aero magic applied to the SLR Moss – a closed underbody, large rear diffuser, lots of downforce, an airbrake – that Mercedes reckons allows for “extremely safe handling”. Remember though, this be no track fiend, just a high performance speed machine. 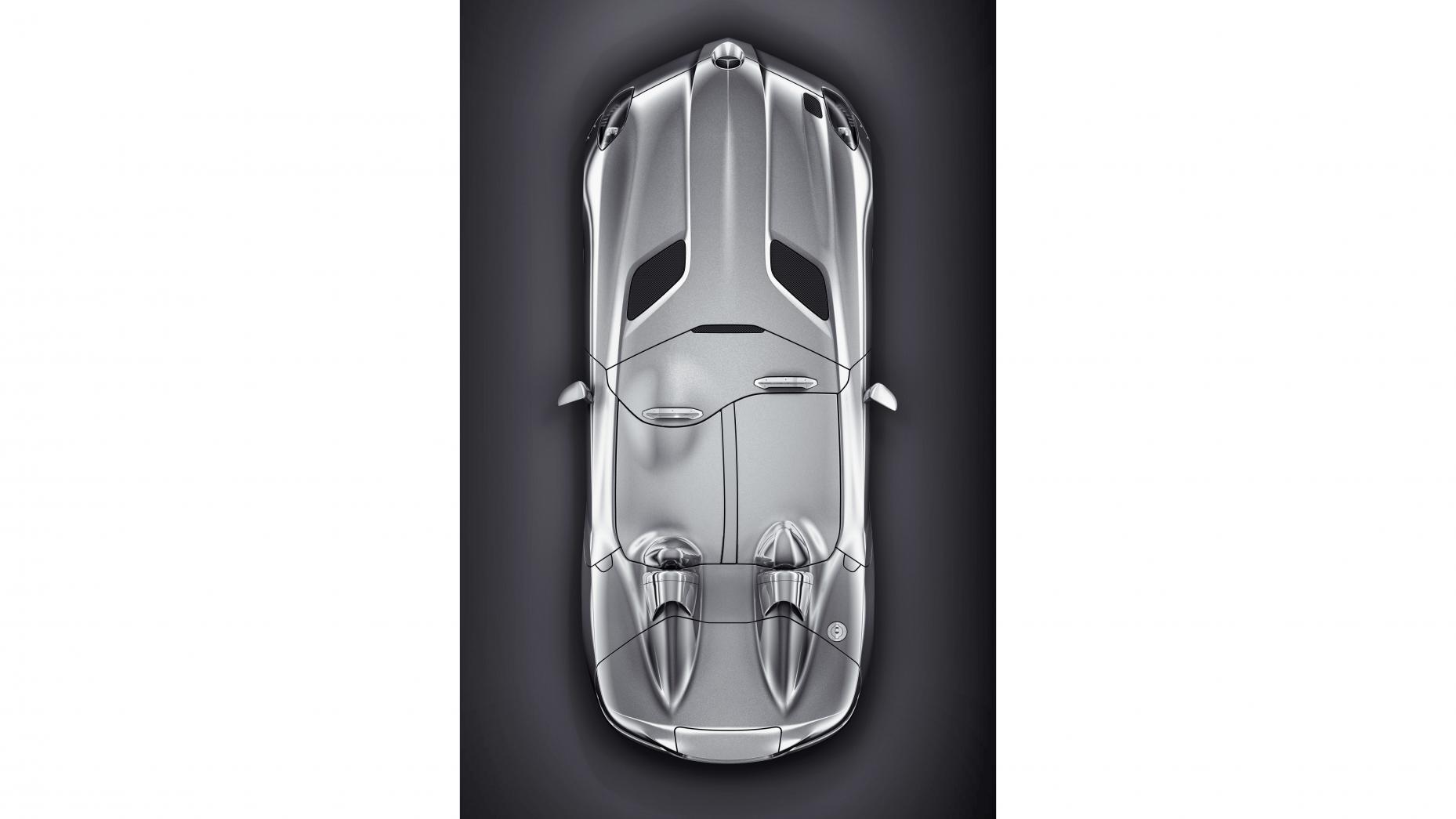 Must be luxurious, then?

Nope. It was stripped down to the barest of essentials. However, Mercedes being Mercedes, there are such fripperies as ‘steering wheel’, ‘pedals’, ‘seats’, and lots of carbonfibre, aluminium and leather. There’s an aluminium plate with Sir Stirling’s engraved signature, situated around the gearshift. Nice. 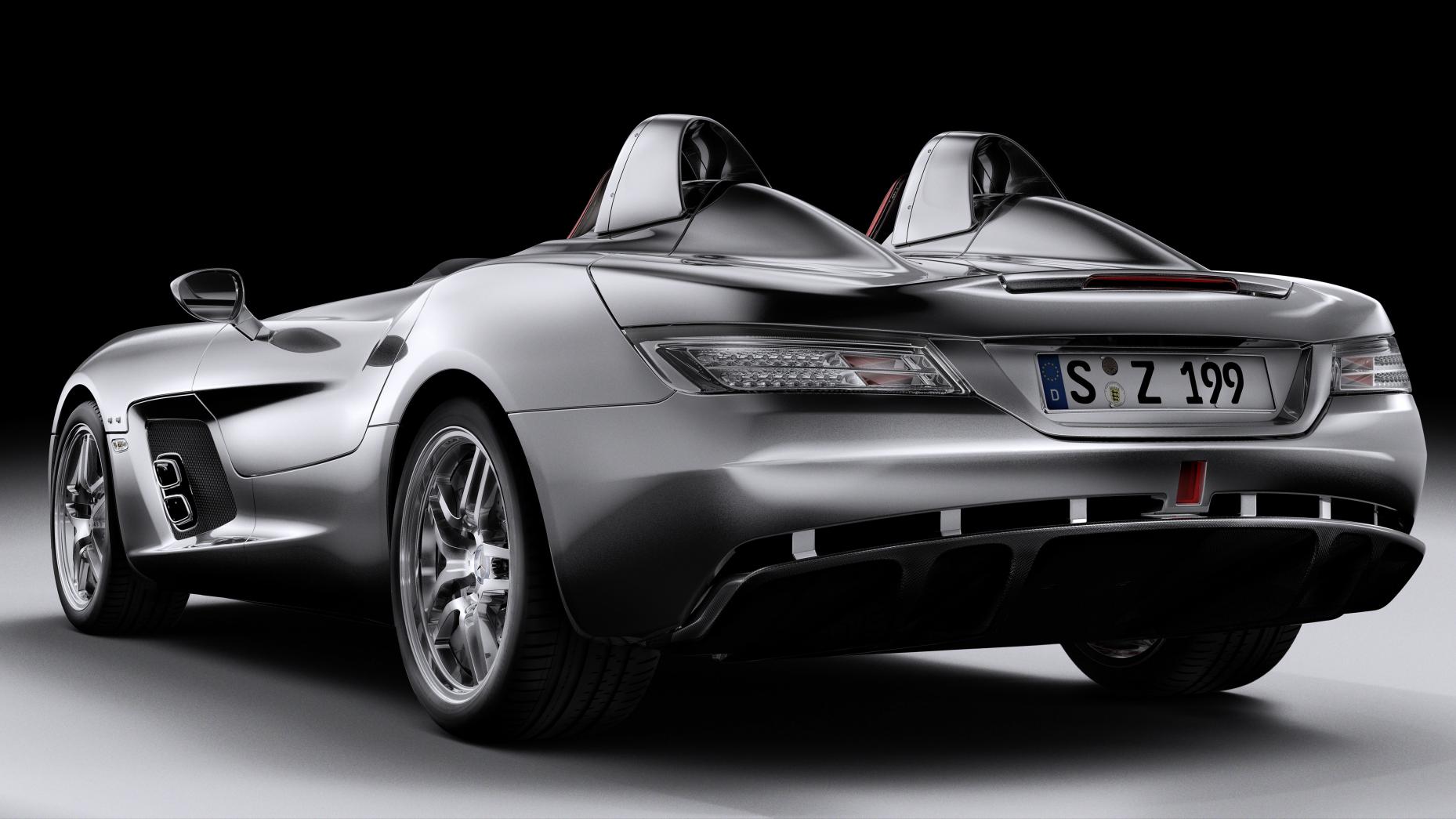 Did it mean anything other than a special edition?

Yep. This car signalled the end of the McMerc SLR. The car that followed it was a pure AMG creation – the SLS. The ‘regular’ SLRs ended in May 2009, The SLR Moss kicked off production the following month, and was only built until December 2009. At the time, it cost €750,000.

“The SLR Stirling Moss unites the character of the SLR models with the fascination of the SLR of 1955,” said Mercedes.

Indeed, the 300 SLR was “driven by the stars of the time: Juan Manuel Fangio and Karl Kling.

“And, first and foremost, by the British racing driver Stirling Moss.” 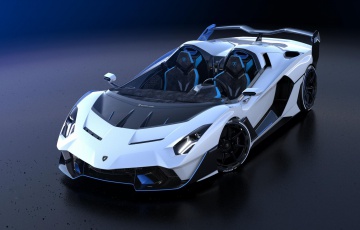 On the 50th anniversary of his untimely loss, here's why Bruce McLaren was so special