This Ford Crown Victoria has a twin-turbocharged TANK engine 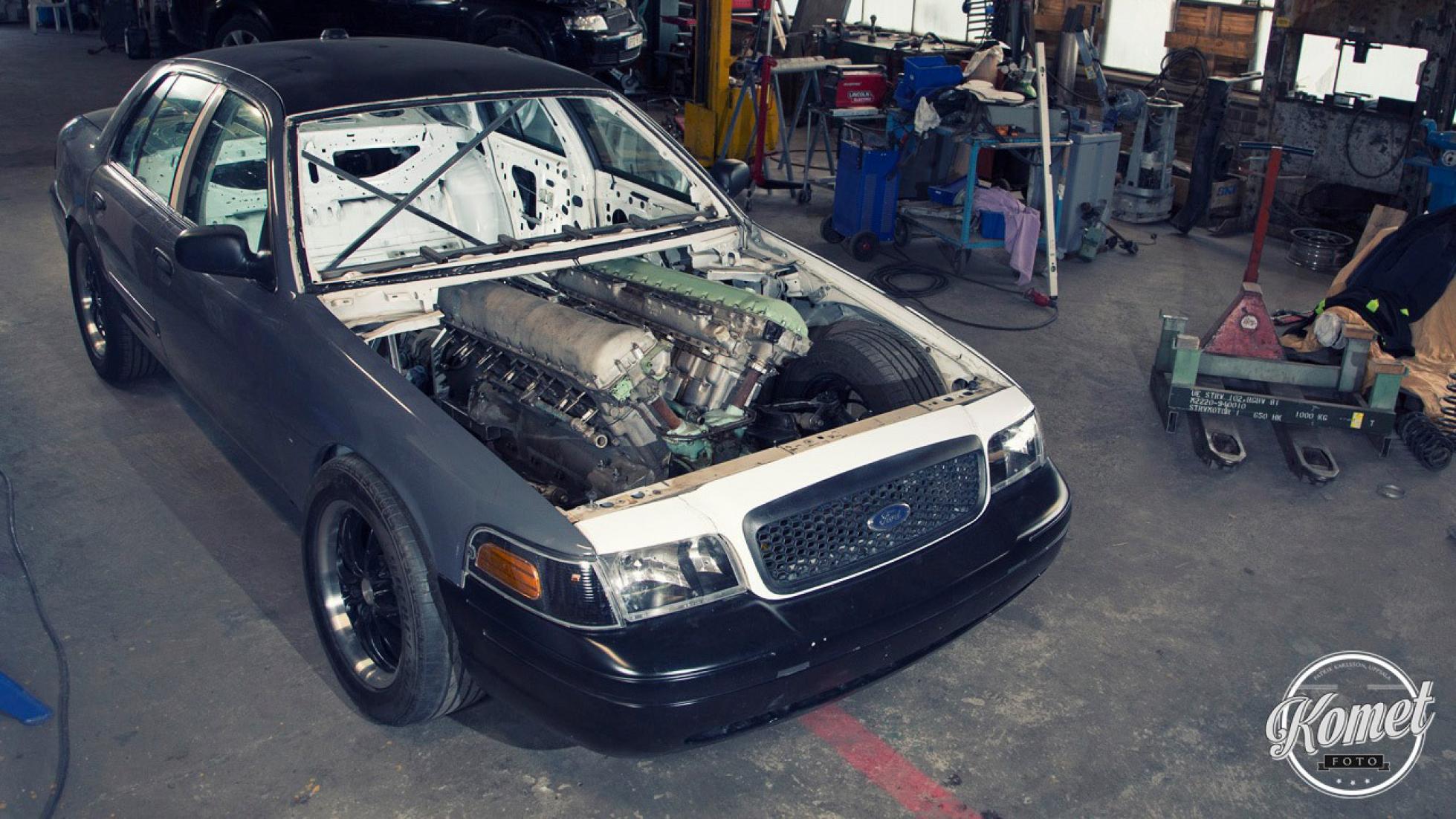 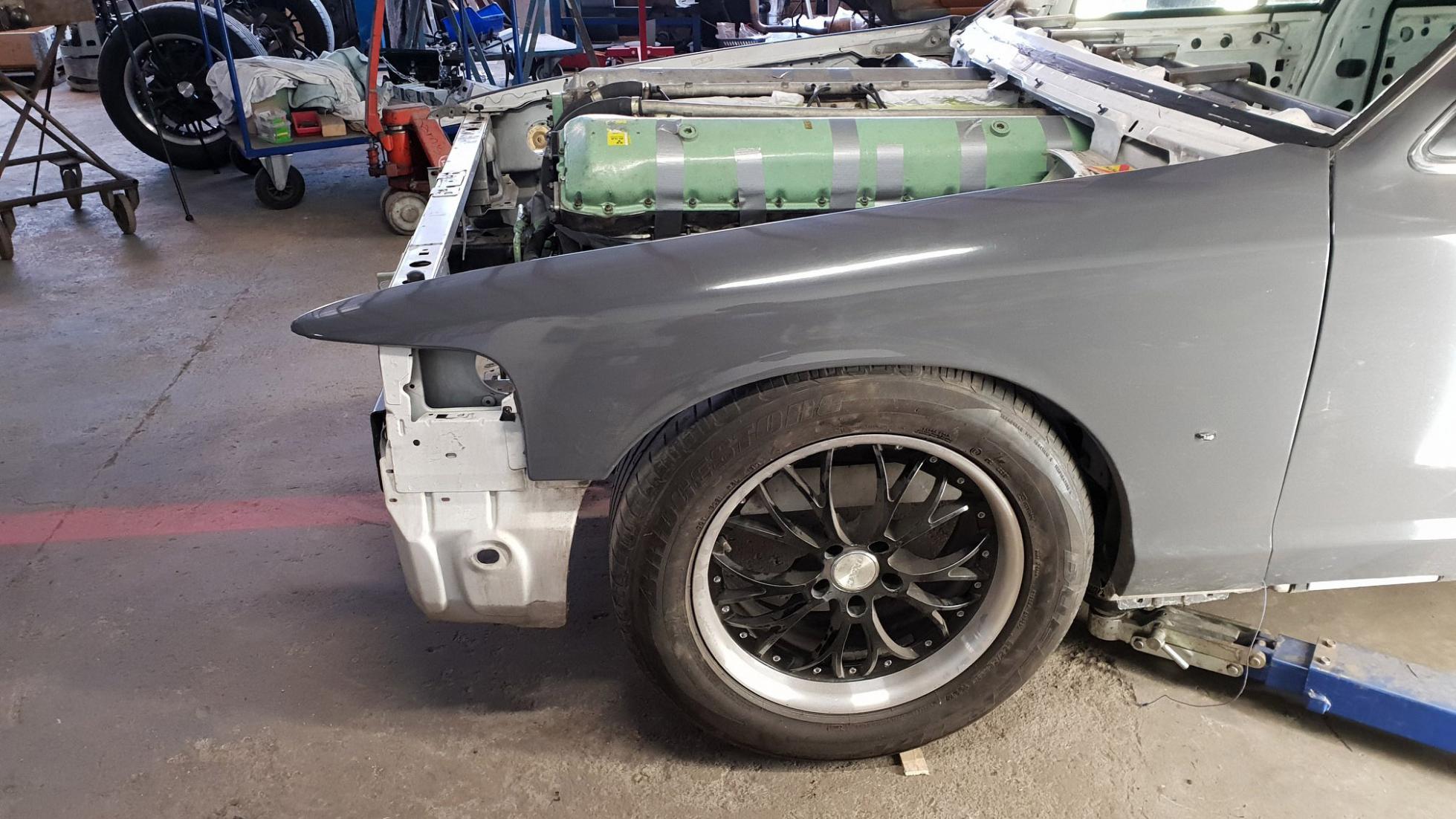 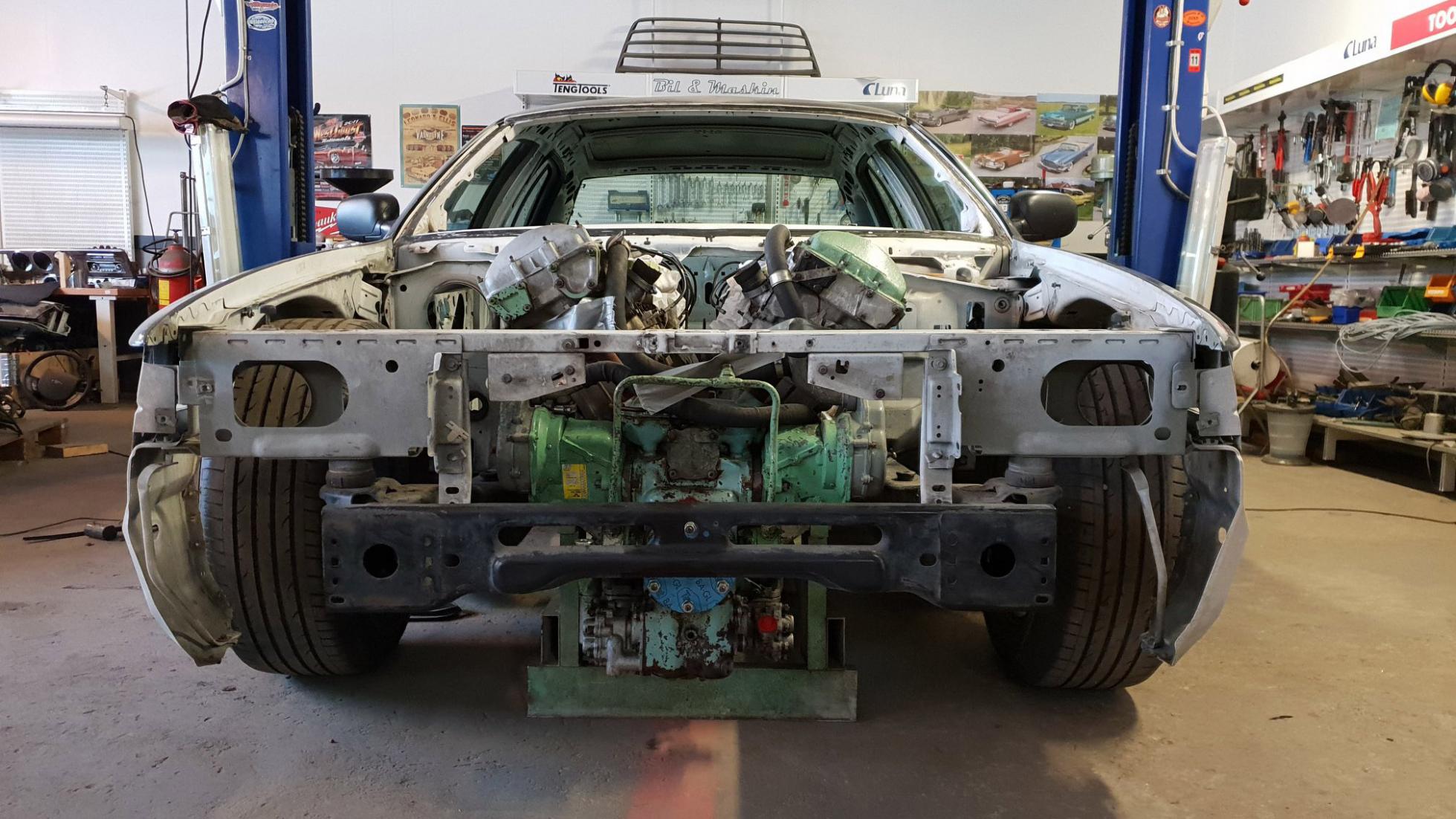 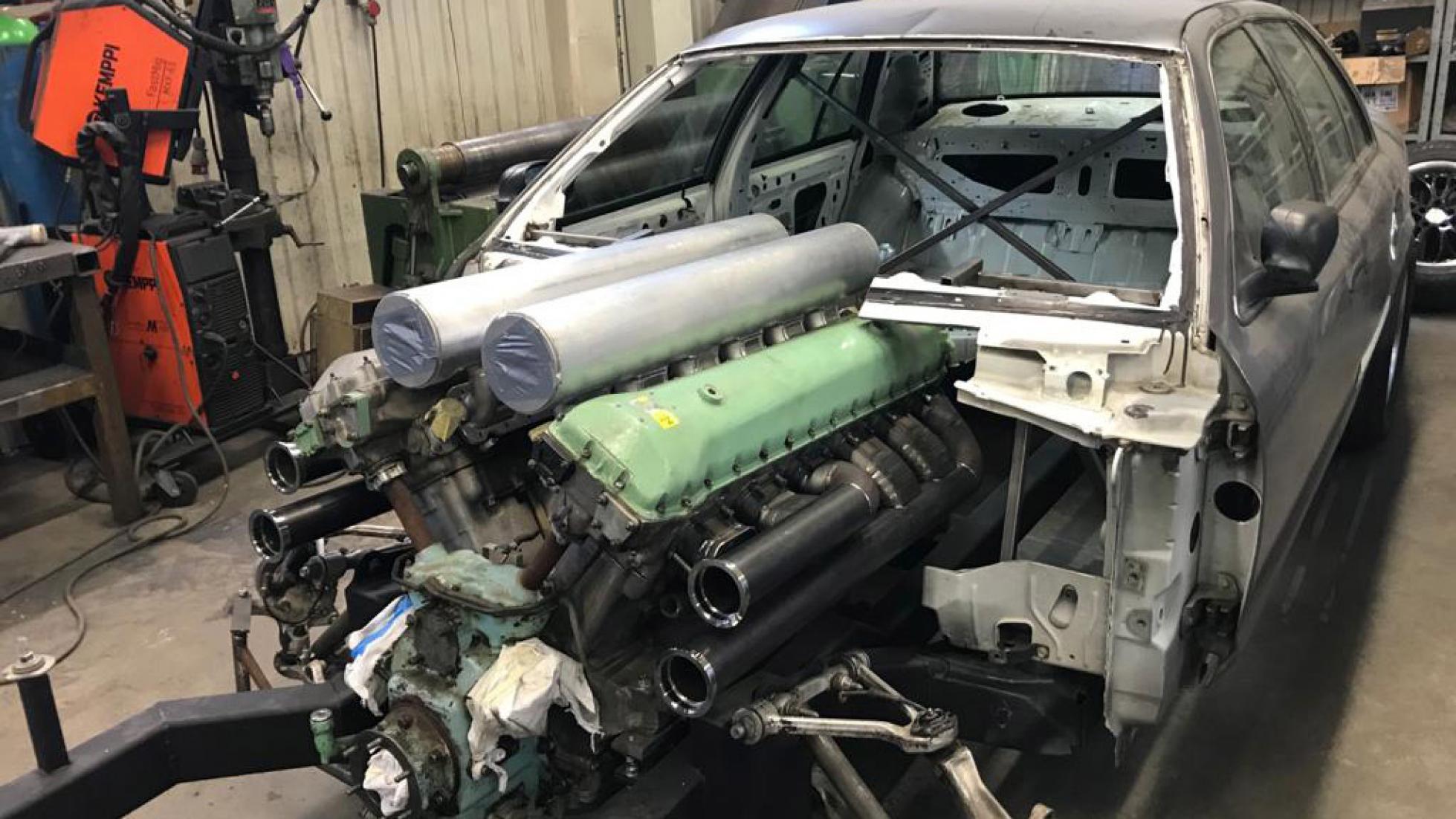 “I have always wanted to put a really, really large engine into a normal passenger car,” says Daniel Werner, Top Gear’s new favourite Swede. So that’s exactly what he’s doing. The car in question is an ex-police Ford Crown Victoria. And the engine? A 27-litre Rolls-Royce V12 from an actual tank.

Yep, a tank. The ‘Meteor’ engine was developed during World War Two and used in British tanks like the Challenger, Comet and Centurion until the mid-Sixties. And it’s not a million miles away from the ‘Merlin’ engine that powered the Spitfire, Hawker Hurricane and Lancaster bomber.

Werner had spent years looking for a colossal engine he could actually afford, but eventually came across a chap in Finland who’d bought 50 Meteor engines from the Swedish military. Luckily, he had a few going spare…

As for the car, Werner needed something big, ideally with a separate chassis. He wanted an old Rolls-Royce – how awesome would that have been? – but eventually settled on a cheaper, newer Police Interceptor-spec Ford Crown Victoria. Of course the Crown Vic and its siblings, the Lincoln Town Car and Mercury Grand Marquis, were among the last body-on-frame cars built.

The project is still a while away from completion, and you can track its progress on Werner’s “The Meteor Interceptor” Youtube, Facebook and Instagram pages. He tells us “basically everything has been a challenge”, and that he’s had to seek help from others with more knowledge of the Meteor engine and its peculiarities. 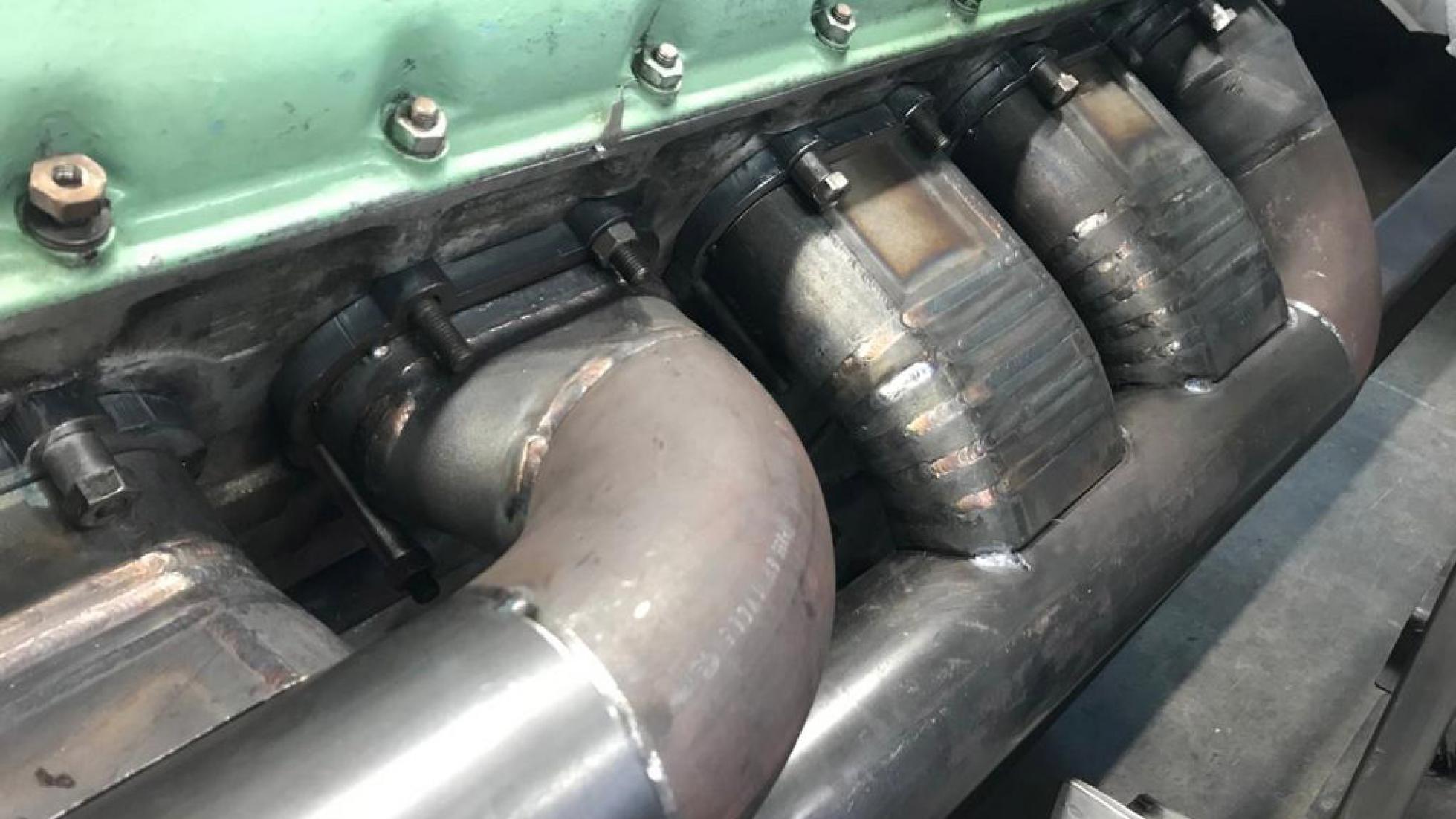 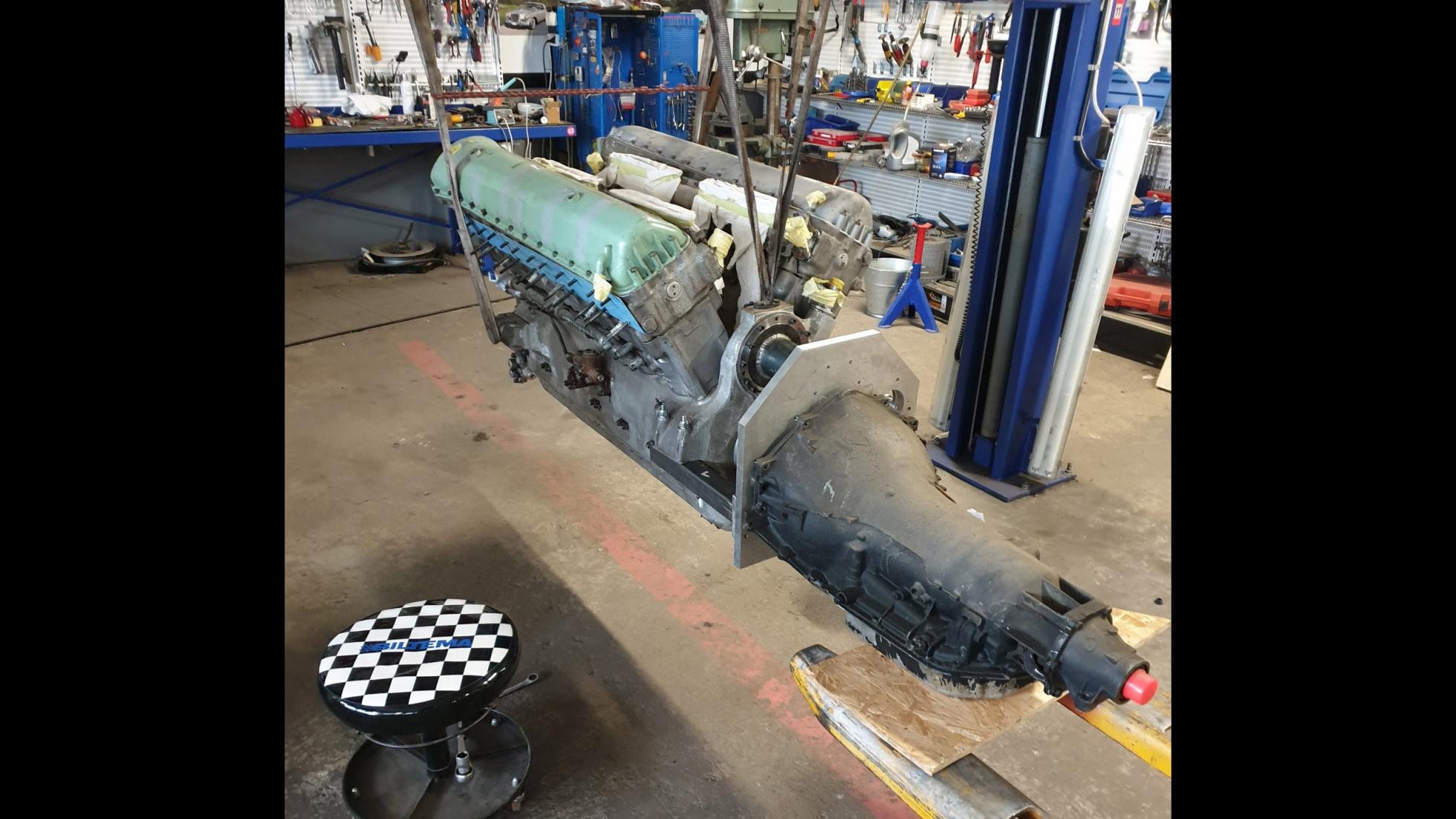 A few years back a chap called Charlie Broomfield managed to install one in a Rover SD1. He helped Werner hook the engine up to a custom military-spec Alison transmission.

Meanwhile a couple of guys from northern Sweden, who have a boat powered by TWO Meteor engines, helped Werner hook his engine up to a modern ECU and fuel injection system. Pretty much everything has to be custom made or adapted, and Werner is having to chop and strengthen the Crown Vic’s front end to take the massive weight.

Among other things, Werner has swapped the Meteor’s old-fashioned magneto ignition system for coils, fabricated custom aluminium intakes and fitted stronger rod bolts designed for tractor-pulling so it’ll rev higher. He will also equip it with two ginormous turbochargers. Because why the hell not.

Ultimately, the Meteor Interceptor should be good for 2,500hp and over 320km/h. It should also produce around 5,150Nm of torque at 3,400rpm, which is just about enough to spin the world backwards.

We can’t wait to see this thing up and running. 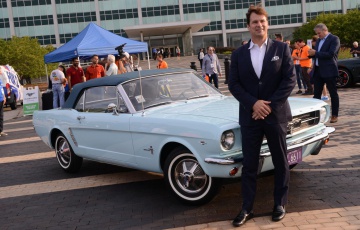 Ford has got a new boss, and he's a proper car guy

One Jim replaced with another: Jim Hackett is retiring, Jim Farley to take over 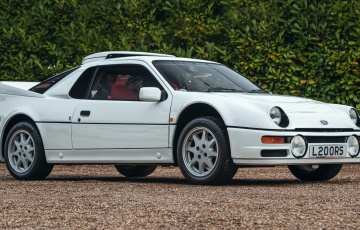 Fancy a barely run-in Group B legend for your collection?