For the Petite with an Appetite : Honda CR-V Drive [review] 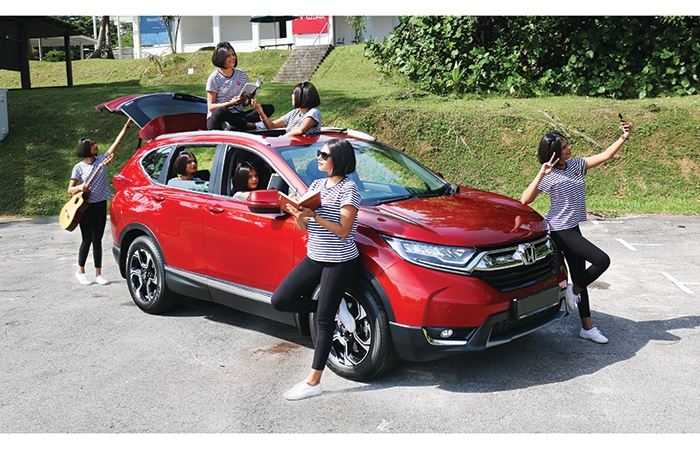 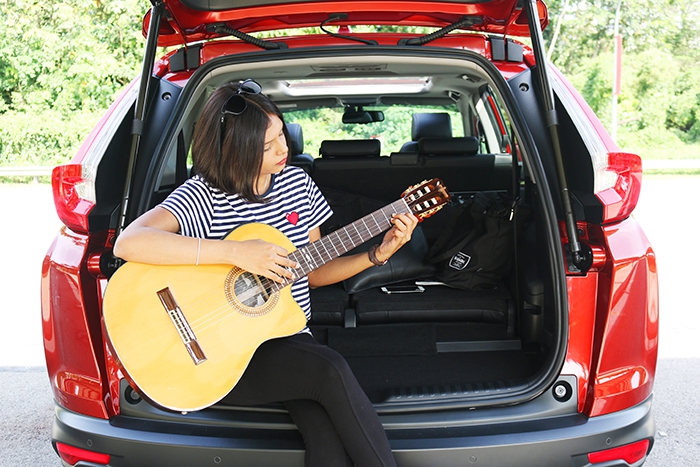 Singapore - Truth be told, I’m not one for Sport Utility Vehicles, otherwise known as SUVs – the seven-seat variant of the CR-V might be too big for our family of four... and dog.

The CR-V (which stands for “Comfortable Runabout Vehicle”) has been around for the past 20 years, and it’s seen by many as a car capable of handling the “off-road” lifestyle without actually having to be taken off-road. It’s these sort of cars that are put in the Crossover segment, or known to some as “soft-roaders”. 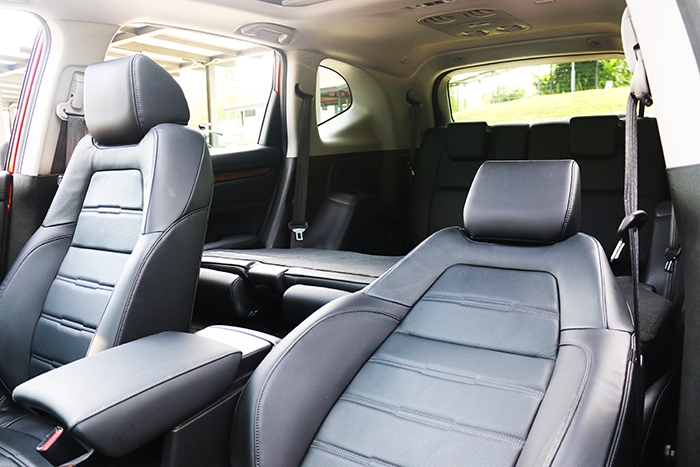 Now in its fifth generation, the CR-V has two variants: the standard five-seater entry-level model and a seven-seater version (as seen in the background) that is made available for the first time in the model’s history. 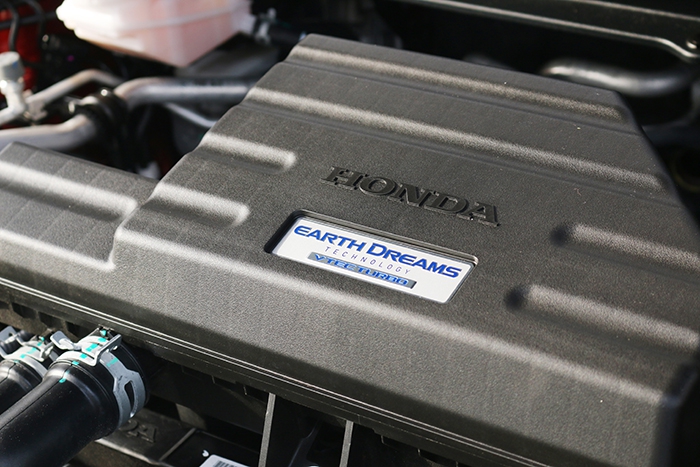 Also a first for Honda fans, both CR-V models are offered with 1.5-litre turbocharged engines. Between the two, the five-seater is our pick – it is quicker in the century sprint than the seven-seater by 0.4secs, boasts better fuel consumption and is 113kg lighter than the seven-seater.

As much as the five-seater seems a shoo-in, we think it might be worth bridging the S$16k gap between the five- and the seven-seater after spending a weekend with the latter.

It turns out, having to drive the CR-V around wasn’t a dull experience – in fact, it was anything but! Behind the helm is the best spot to experience the punchy turbocharged engine, especially if you’ve got a clear road ahead. 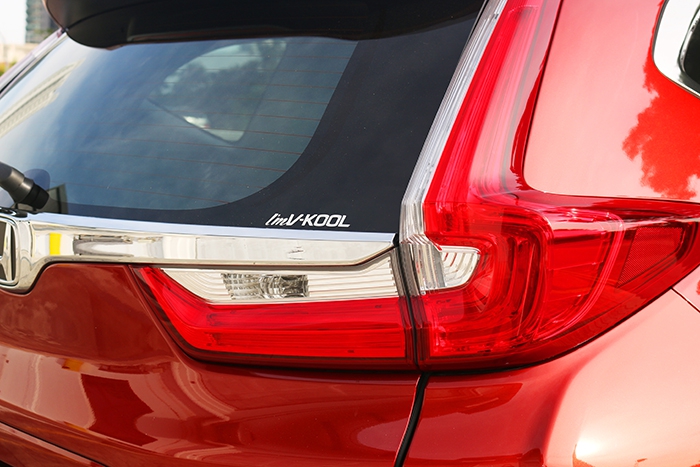 When it comes to  corners the CR-V is a particularly eager personality, plus you’ll notice the suspension is well-controlled and capable of accommodating seven well-fed adults over bumps comfortably. 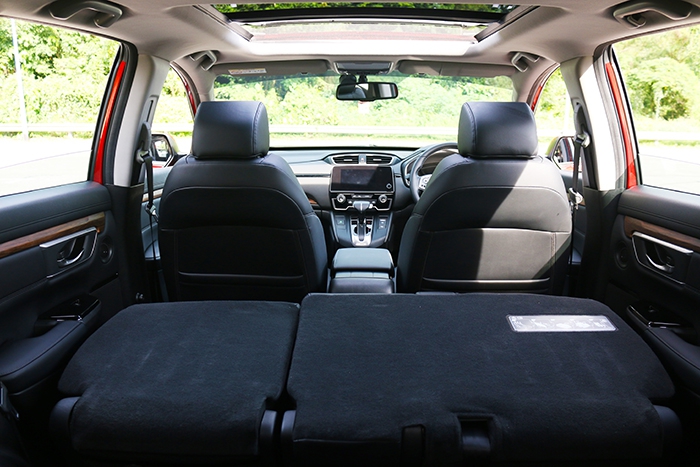 The seven-seater is targeted at bigger families, or the young family that needs the extra space with the third-row folded-flat – that’s how versatile it is, because it’s no longer about pigeonhole categories now.

With the full gin gang on board, owners of the last gen CR-V will notice that cabin space has been better optimised, with the second row passengers the big beneficiaries of the extra knee room.

Apart from benefits of better leg-room, second row passengers also enjoy a more comfortable journey with amenities in the forms of two USB charging ports and four air-con vents placed on the ceiling between second and third row seat passengers – perfect for our hot weather. We shouldn’t forget about the panoramic glass roof either, which fills the cabin with a healthy amount of natural light. 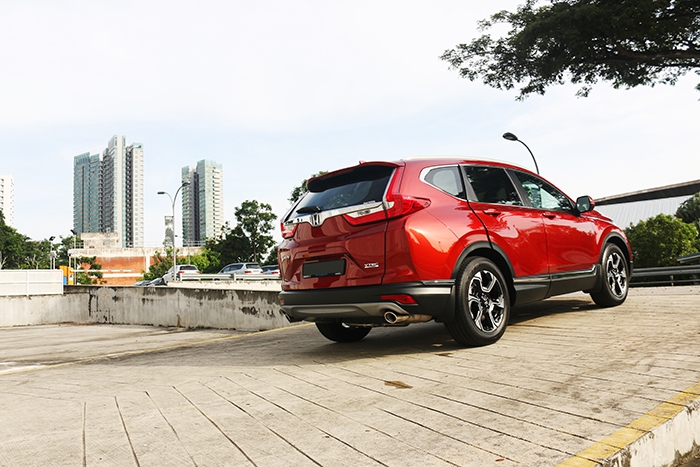 Like most 5+2s, the third-row is good for last-moment transport or for the kids or pinch-seating in an emergency.Thankfully, the middle row seats slide forward by as much as 15cm, so knee-room doesn’t have to be a big problem, provided your pals in the second-row are kind souls.

Getting in and out of the third row seating takes practice, but soon you’ll be executing it with all the aplomb of a gymnast. In true MPV form, the second-row seats can be tumbled forward completely, which helps create a flat through-load to aid in carrying bulky items like a guitar or even a road bike – the carrying capacity can be increased to a maximum of 1627-litres. 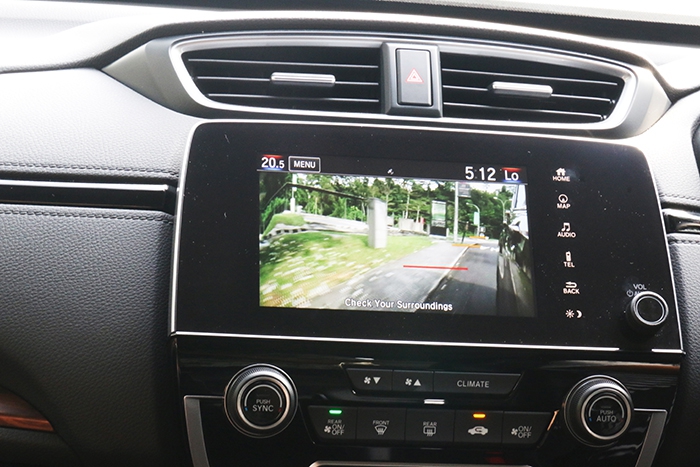 On the topic of space, Honda has incorporated storage compartments all around the cabin. Take the cockpit for instance; front seat passengers can store items as bulky as laptops, tablets and even a mid-sized tote bag in the centre compartment. Up-front, the touchscreen infotainment system has gone fully digital. All the buttons have also been arranged to fit a clean layout and the dashboard looks tidy and organised. 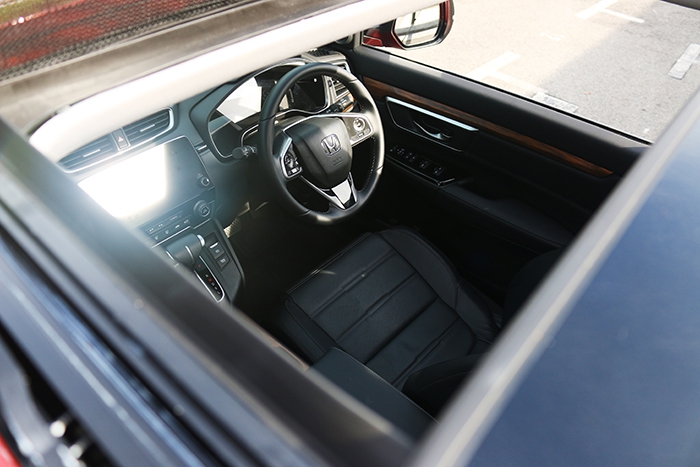 To go with these features, the seven-seater also comes with half a dozen airbags and parking sensors at both front and rear ends (as opposed to just two airbags and rear-only sensor in the five-seat variant).

Paying for the seven-seat model also gets you Honda’s “LaneWatch” camera-based blind-spot monitoring system – we found it particularly useful in helping us avoid motorcyclists that hover in the car’s blind-spot. 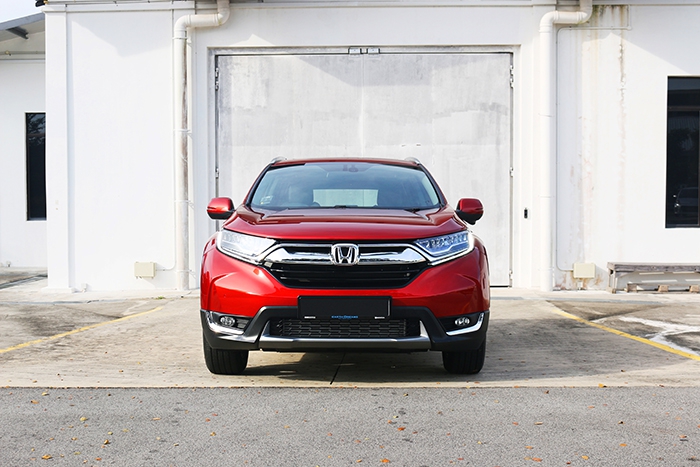 At the end of the weekend, we must confess that living with the seven-seater CR-V has been a great soft-roader experience. And this shouldn't be surprising of a Honda really... The new Honda Civic looks mega as a race car The last dance: this is the 600hp Acura Honda NSX Type S