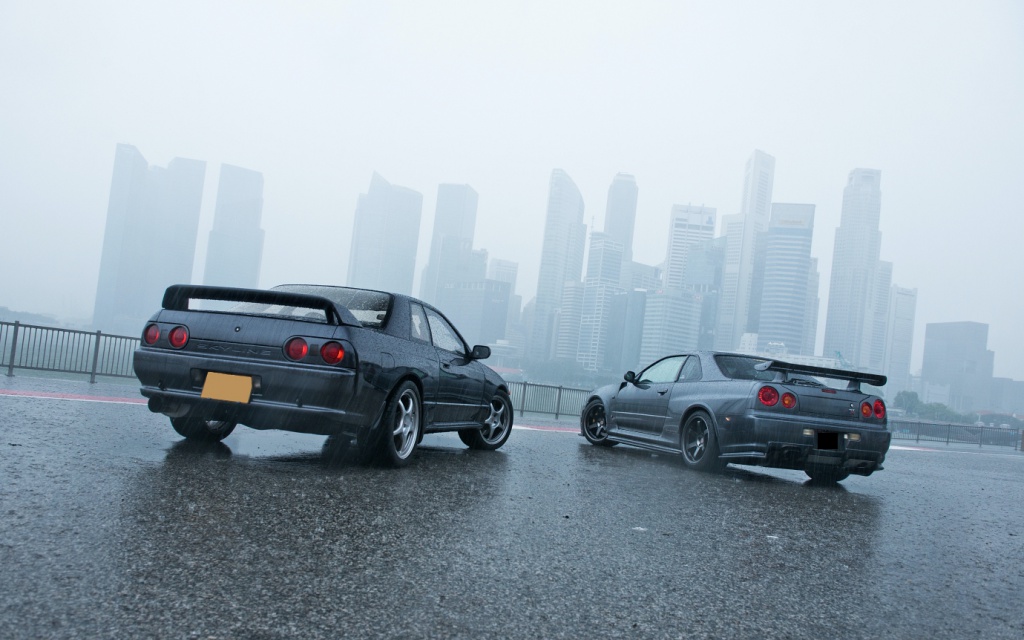 Not the R32 or the R34, as you might imagine, but the latest iteration of the R35, which is funny enough, since at last count, only two of the R32 and less than ten of the BNR34 are left on Singapore roads – versus the two-hundred over R35s.

Unfortunately, we reckon it’s the R35’s half-million price-tag that has deterred the local Nissan distributor from registering a demo unit with each model revision, but that’s not going to keep us down, since our contributor gets to thrash a MY'12 model around an European track. However, this piece focuses on just the R32 and the R34...

Never has a non-exotic fired-up the imaginations of cult car enthusiasts the world over with just three simple letters – GT-R. 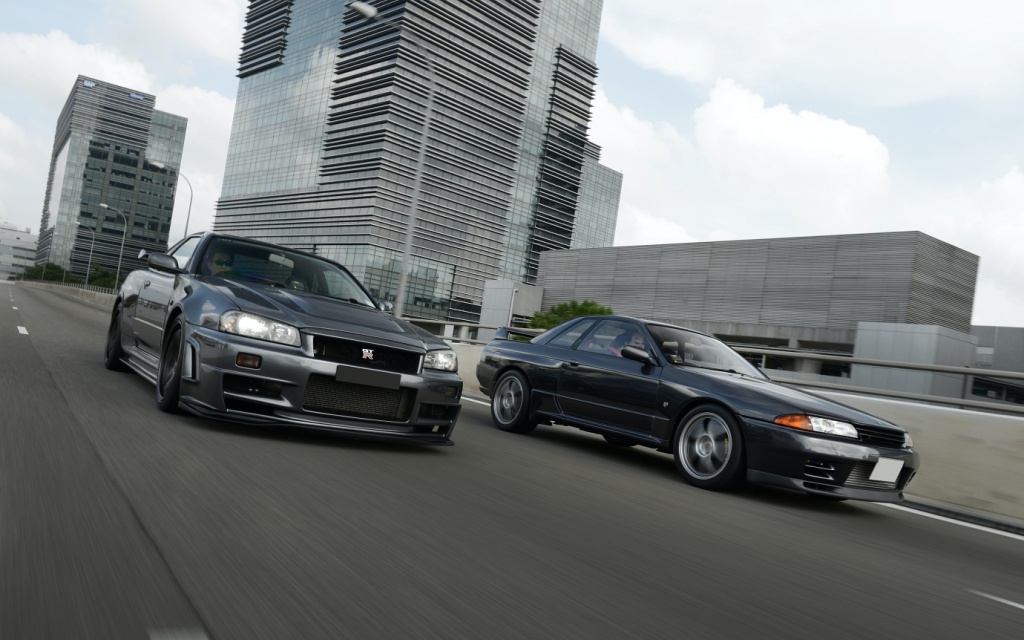 Some people asked why the R33 was left out (only one car remains in Singapore), but having driven all three, this author felt that this pair best exemplifies the evolution of the ‘modern’ GT-Rs.

Don't get us wrong, we enjoyed our drive in the balanced (and almost comfortable) R33, but we didn't feel it had the hard-edge of the R32 and R34 bookends.

The R32 is a shoo-in because it re-ignited the flames for the GT-R model in the global cult car collective and the R34 because it straddles the old and the new with its furious blend of electronics and mechanical trickery.

Furthermore, the R34 would be the last GT-R to be dubbed Skyline, just ahead of the advent of the R35. 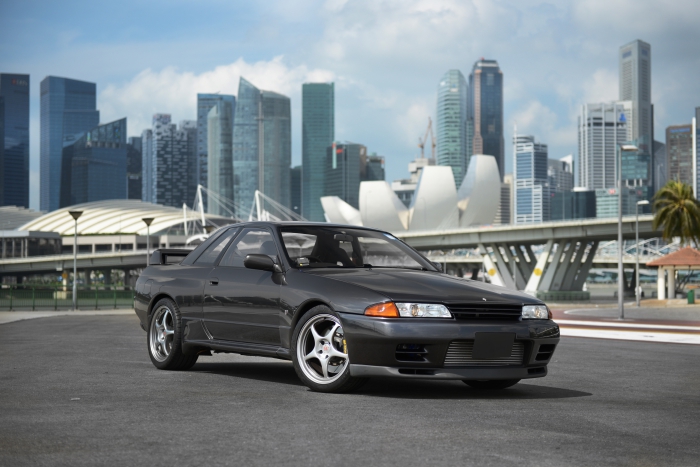 At its launch in 1989, the R32 had the distinction of being the first GT-R after more than a decade of absence.

Although the R34 is most recognisable because of its butch, muscular styling and legendary status in the PlayStation hit, Gran Turismo, it was actually the Group A racing homologation special, the R32, that reinforced the model’s status on the global map as a technological tour de force.

And we’re talkin about real racing here, not virtual – especially when it trounced all contenders at its first international outing at the Australian Touring Car Championship (the Bathurst 1000).

At this point, it was already the 8th generation Skyline but only the third ever GT-R model after its legendary progenitor, the C10 Hakosuka of the 1970s and its short-lived successor the C110. 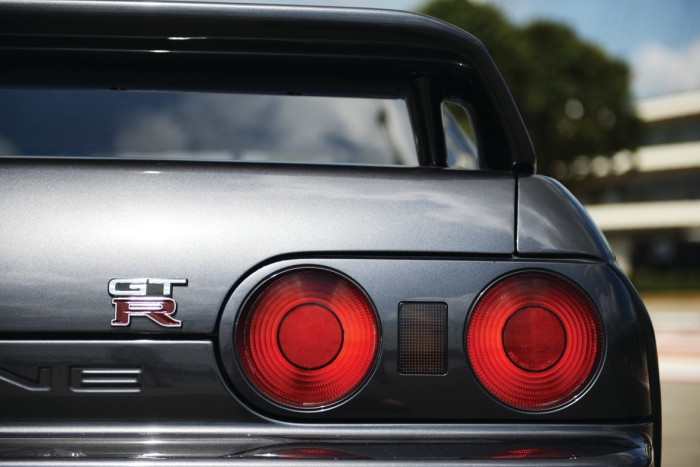 Give or take a container-load of spare parts from Tan Chong for the R32 and R34, as well as a tonne of elbow grease, this is a story that has been almost four years in the making that we’ve been following up on since the current owner took over. We know some of you pro-mod types may find the notion of a bone-stock GT-R anathema in the eyes of the god of mods, but we take a slightly contrarian view.

When cars are new-ish, it’s cool to mod them to kingdom come, but once they get to a certain vintage (that often ties to its production being discontinued, or in certain cases, how lacking in talent its successor is), the cult collectible value is in how close to ‘original’ it is. To match the R34 battleship grey, the R32 was sprayed in an ominous gunmetal grey, for a menacing demeanour not unlike the cloud-front of a frightening thunderstorm. It’s only when the R32 and R34 are together that you appreciate how much the GT-R has grown through the years, since the R32 is almost dainty in comparison.

The cues are extremely subtle even if the outrageously flared body is not, as the lean and lithe body of the car is accentuated by flamboyantly endowed front and rear fenders (aluminium!) that would rival the Escort Cosworth’s. Apart from the sand-down respray, the car has been stripped and its mechanicals gutted out and reworked from inside out – cabin included – with reinforced and uprated components forming a large part of the tally, as well as original trim bits. Performance figures from Nissan’s iconic RB26DETT inline6 see a modest tweak to just under 600bhp dyno’d, which combined with the 1.4-tonne kilogramme kerbweight, make for a truly invigorating drive.

Unlike its larger brethren, the R32 never feels big to place in traffic, or when you’re attacking the corners, since the steering lets you hit every apex with pin-point accuracy. And that’s the crux of it really… that one element that makes the R32 such a joy to drive – the occasion of it all.

Unlike modern cars, there’s nothing on the R32 to desensitise you from what’s going on with the road below the sticky tyres – it’s noisy and clunky, but never a chore to drive, much less a bore...

It’s not as creaky as you would imagine either, since the previous owner already seam-welded the chassis! 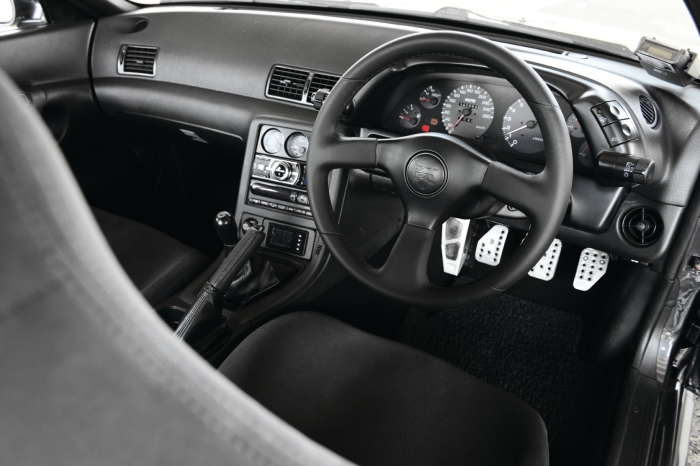 True, the steering is light, thanks to a trick electro-mechanical conversion by a local tuning workshop, but this is never short on feel when the g forces load and there’s always a lively agility to the car that the R34, or even the R35, would be hard-pressed to rival, even if the twain may be able to overcome this by sheer brute engine performance.

It’s not the R32’s outright power either, especially since 500+bhp is rather conservative as far as the venerable RB26 is concerned, but a sublime combination of engine performance and chassis working as one. In spite of its rev-needy powerband, the R32 isn’t a car you manhandle. Apologists like to speak up for fully automated shift systems and lag-free turbocharged torque so prevalent in modern ‘sports’ cars, since “these leave one to the task of driving”.

However, it is just these constantly changing variables such as power delivery, appropriate gear and entry/exit speeds that comprise the challenging ‘task of driving’, as opposed to just point-and-squirt progress.

Cars as mechanical as the R32 certainly make you appreciate the ‘slow-in-fast-out’ theory, as they require a firm hand to extract the best and to exact a righteous vengeance on all challengers. There’s an ineffable quality about such a purposeful performance relic of the 90s that eggs you on to drive it like you stole it, since there’s no pansying about with lag-free turbos here.

The turbochargers need healthy revs to spool up – far beyond the conservative factory 6000rpm in fact – so you’re always stirring the five-speed manual to keep within the boost zone.

However, once they are fully wound up, by gum, you’d almost swear there’s a hidden Scottish engineer somewhere engaging full warp drive – the only consolation is you know the full complement of AP Racing brakes will haul you to a dead stop if need be... and the emphasis is on 'stop' not 'dead'! 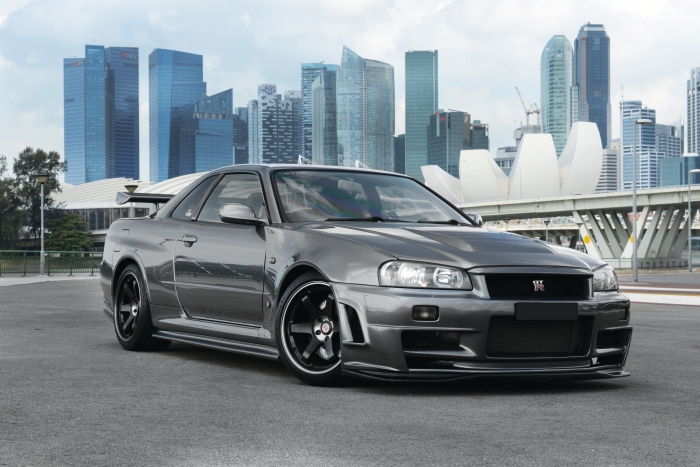 Compared to the R32, the R34 of 1999 was the one grabbing the most eyeballs as we travelled from point to point, especially with the younger generation.

During our whole time with the R32, we were only accosted twice: once in a carpark by a gent in his 40s who grew up during the original Godzilla’s heyday and another (hey that could refer to us old'uns too!)… who mistook it for a Silvia after a garrulous diatribe about the beauty of such ‘old’ cars and how they no longer “made’em like they used to”. On the other hand, the R34 evoked the most neck-snapping responses from students, office folk and even tourists when it made its rounds – both guys and girls.

The standard GT-R’s aero weren’t enough for the owner, who proceeded to retrofit dry carbon bits from the ultra-limited GT-R Z-Tune variant, including but not limited to the characteristic front fenders and bonnet; very rare and very expensive – but they have been proven to work. If anything, Nissan’s reduction in the R34’s overall proportions was to address the criticism that the R33 was too ‘big’ to be a real sportscar. Also, it was a throwback to arguably everybody’s favourite modern GT-R of all, the epic R32. However, we should qualify the body flares and bulges have been smoothly integrated into the design of the R34.

At one point in time, the owner of this pristine pair also had his grubby mitts on the R33 and a first-batch R35 (and that's all at the same time!), but has since kept the best of the lot, which is quite telling, if you ask us... 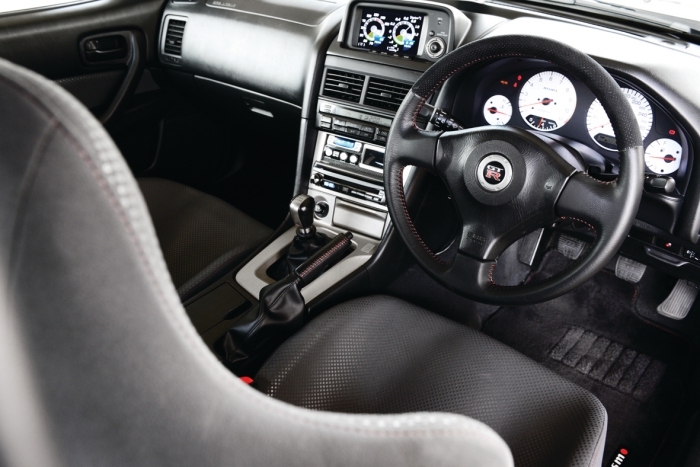 Considering it was launched just shy of 2000, the cabin isn’t as outdated as you would expect, even by today’s standards.

Otaku might like to learn that the Playstation-esque multi-function display that has found its way into the R35 made its debut in the R34 and is perched prominently on top of the centre of the latter’s dashboard. On start-up, the R34 grumbles readily to life. Back to back with the R32, it’s hard not to feel the size of the R34, although of course, this impression quickly changes when one hops into the R35.

The controls are solidly weighted, especially steering and gearshifts, but the ultra-low front lip means the slightest incline poses a trial for the driver. 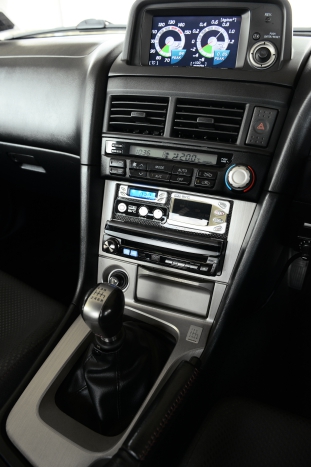 The car never lets you forget it needs to be driven hard and authoritatively, since it does not suffer indecision kindly, nor is this a car for the attention-averse, since the sheer theatrical visual presence and powerful aura of the car makes everybody sit up and look. The R34 makes just under 600bhp, but has a little more weight to contend with than the R32.

Nevertheless, find a clear stretch to give the car some stick and boy can the R34 go especially as it howls towards its redline – not the stock 6800rpm, mind you, as this factory figure is extremely conservative – as it generates more pull than Ryan Gosling out for a night on the town.

Best of all, it’s possible to feel the aero elements working to keep the R34 firmly planted when you’re on the fly. The brakes that seemed so grabby at low speeds suddenly come into their own when you’re pushing it, as they offer stupendous levels of stopping power to halt Godzilla’s rampage.

Hammer on the brakes on the approach and muscle the car into a corner and Godzilla never squirms at the challenge, as the magic of the GT-R’s ATTESA-ETS rear-biased all-wheel drive setup lets you get away with things you’d never have imagined in a conventional all-wheel driven car, with steering that is natural and progressive for a wonderfully fluid experience. Like its predecessor, you’re really made to work to bring out the best of the R34’s performance – an intricate dance with hands and feet to orchestrate the car’s natural, meaty steering, rifle-bolt gearshifts and pedal-play – but the rewards are there for the taking if one is truly committed, so every drive is something special.

Our time spent with these playful godzillas in the mist ably demonstrates there’s still a delicious visceral, almost primal thrill of driving to be enjoyed with such older automotive icons by the petrolheads who aren't necessarily in search of an ‘everyday supercar’, a term that, in our opinions, has been flogged half to death. 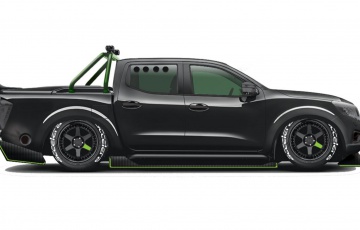 Beware: a company is building a 1,000hp GT-R-engined Navara 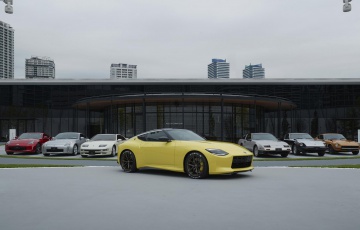 The Nissan Z Proto is a turbocharged V6 sportscar