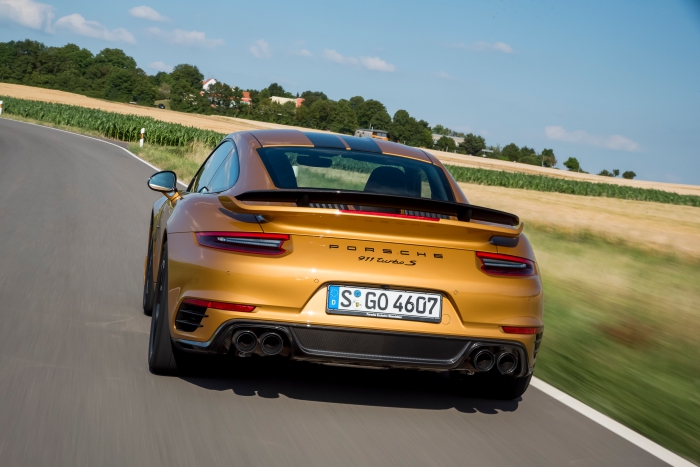 A part of the Exclusive business deals with technical and aesthetic personalisation requests that fall outside of the catalogue options, with another facet developing aerokits, powerkits and wheels that can be optioned on production models. However, the third and most eagerly watched division is in business of creating small series collectible cars.

Limited edition collectible cars – such as the 997 Speedster (2010), 997 Sport Classic (2010) and the latest golden child, the (type 991.2) 911 Turbo S Exclusive Series for instance – conceived by Porsche’s bespoke division were special precisely because fans appreciated they were buying a carefully curated product in terms of equipment, performance, aesthetics and yes, colour.

In case you're wondering, the first-ever small series complete model to be created by the Porsche Exclusive entity was the 964 Turbo S Lightweight from 1992. However, it was very clear-cut then, because you either bought such special models as-is, or you didn’t, but that didn’t stop the Sport Classic (only available in Sport Classic grey) and Speedster (Pure Blue, with White as the only other alternative) from selling out their 250 and 356 units respectively.

These days, it’s more of a buyer’s market, especially since Porsche isn’t the only marque in the segment creating ‘special editions’, so it looks like providing an acceptable number of colour choices is par for the course. 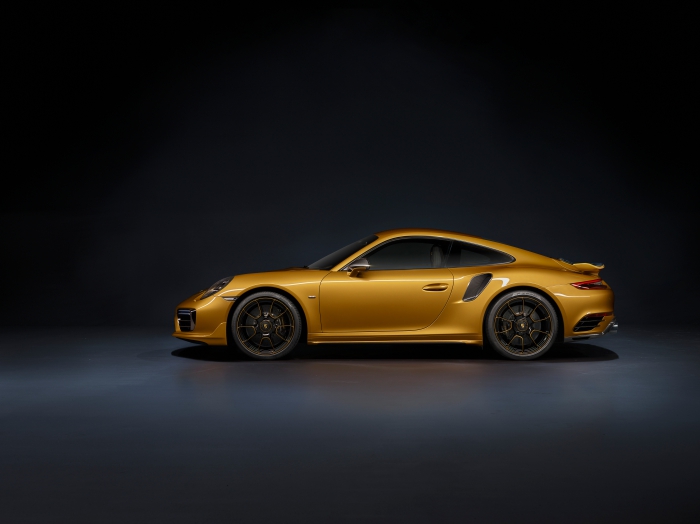 With the Turbo S Exclusive Series, all the aesthetics and intricate accents support the luscious Golden Yellow Metallic body colour, which looks a lot better in the flesh – if anything, it’s both subtle and striking at the same time. On the face of it, you might think the brand was slacking-off by slathering gold paint on the car and considering its job done, but there’s more depth to the car’s details than meets the eye.

Although the model will be available in five other colours by February 2018, it's a huge shame to consider this car in any other colour but the Gold with which the Series was conceived. Much like the artisanal craftsmanship in haute horlogerie, a great many technical man-hours have gone into developing and applying techniques to achieving superlative and seamless decorative work, mostly by hand.

What appears to be racing stripes in the mould of the Sport Classic is actually the unpainted carbonfibre of the contoured roof and bonnet that has been hand-polished to a lustrous shine. 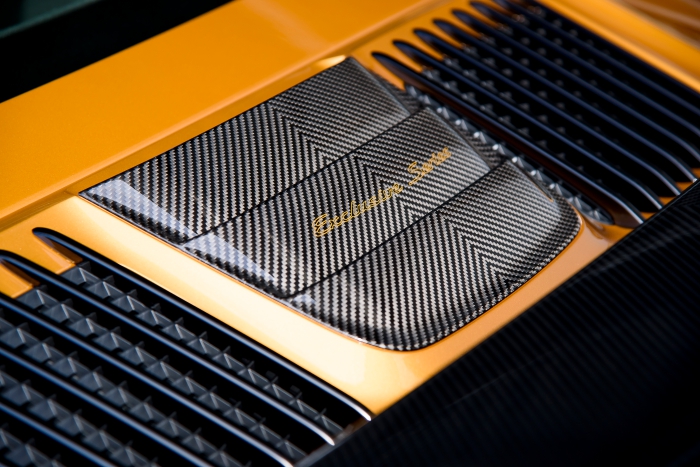 Running your finger from painted to unpainted never betrays a ‘bump’ or break in the smooth flow of movement because it’s perfectly seamless; even the ‘Exclusive Series’ script on the rear carbon ram-air scoop is applied using a transfer sheet to achieve the same seamless results. 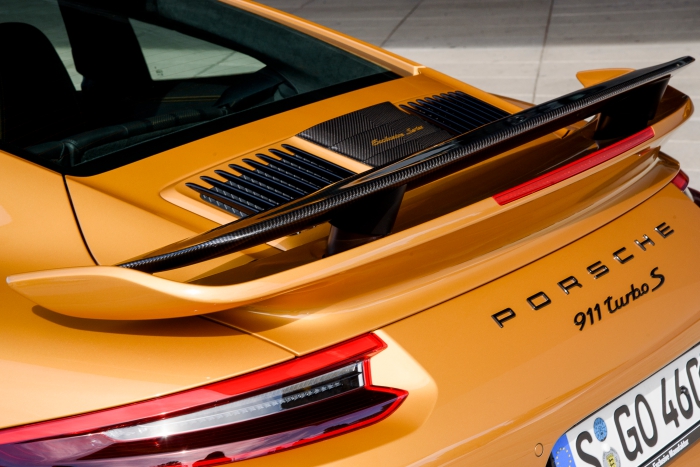 The car’s use of the exquisitely-finished carbonfibre extends to the side-skirts, Sport Design wing mirrors and extendable rear-wing. 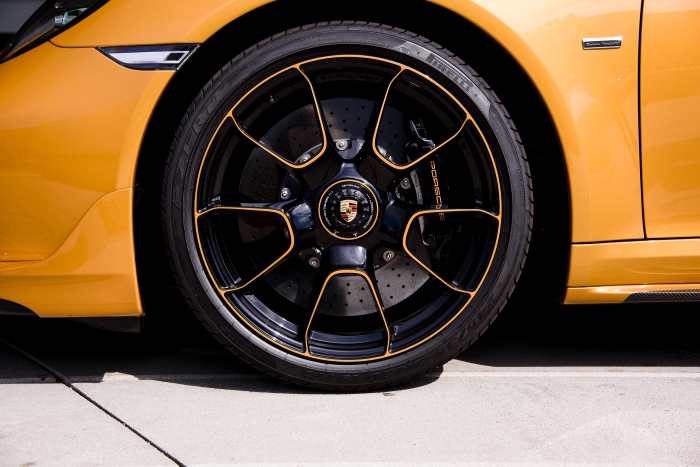 The 20-inch centre-lock rims are a new design, and feature Golden Yellow pinstripes. Again, Porsche could have simply painted the Golden Yellow on a black-base rim, but the rims are in effect, fully primed in Golden Yellow as a base before the black paint is added. The 'piping' is then etched-out with pin-point accuracy by using a laser.

Under the rims reside carbon-ceramic callipers, but instead of the familiar yellow, the ones on the Exclusive Series are painted black with ‘Porsche’ in the car’s Golden Yellow Metallic hue.

Of course, this means kerbing the rims will just reveal more golden goodness from under the black top-coat.

Although the rim design was created for this 500-unit Turbo S Exclusive Series, it will be available by end 2017 under Porsche Tequipment for retrofit to other 911 Turbo models, albeit in high-gloss black. 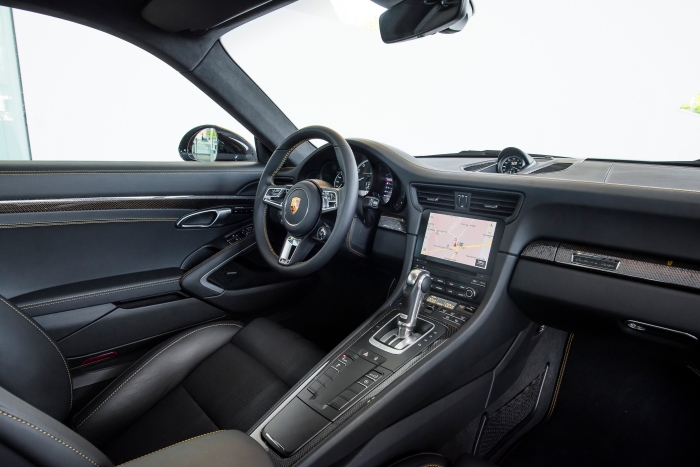 The artisanal work continues in the cabin, with liberal use of leather, Alcantara and carbonfibre. 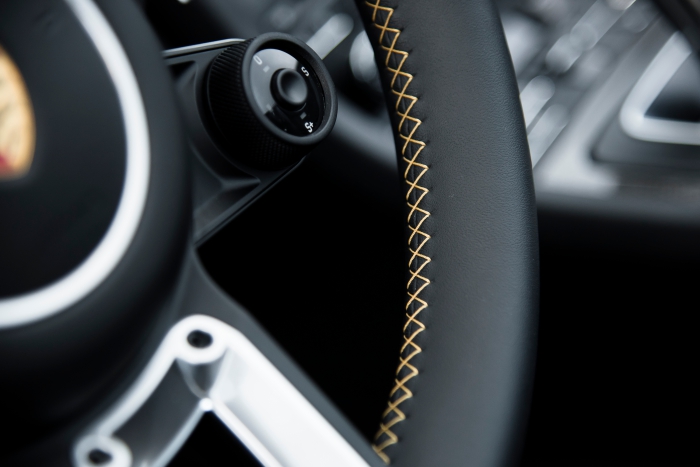 The attention to detail extends to even the ancillaries like the vehicle document holder and colour-coded key-fob. One of the more impressive bits about the cabin finery is the gold-coloured metallic thread woven into the carbon elements, which Porsche tells us is a car manufacturing first. The effect is subtle and sublime, since it would have been all-too-easy to have fallen into the all-gold theme by going garishly overboard. What's a special edition without a 'special' bump in performance? The Turbo S Exclusive features a Powerkit for the engine that we’re emphatically told will not be made available for the regular Turbo S, even as a retrofit.

This boosts horsepower from 580bhp to 607bhp, but more impressive is its permanent maximum torque of 750Nm, which is on tap from 2250-4000rpm, with the turbos always raring to go. On the move, the tsunami of torque arrives in no time and demonstrates why it is able to dispatch the 100km/h sprint from standstill in under three seconds.

Despite its breathtaking straight-line pace, this isn’t a mere GT cruiser, as the rear axle steering adds a nimble agility to the car when you're driving with vigour along a series of winding roads.

The ease at which it can be driven fast is both a blessing and a curse, the latter because some purists prefer to be more engaged and immersed in the thick of driving, as opposed to just stomping, steering and going.

However, the whole package should suit prospective Turbo buyers perfectly, because of the car's full-fat options (the most important ones are exclusive in more than just name alone), although it does mean they'll have to put up with a golden shower...