Intersect by Lexus : Are you Experienced? [PTG] 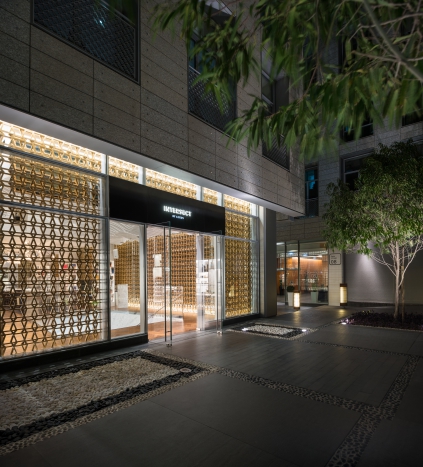 ‘Intersect by Lexus’ is a brand immersion experience unlike any other

DUBAI – Automotive brand concept boutiques tend to bombard you from all fronts with logos, flashing videos and many a times, a car or cars thrown in for good measure. However, ‘Intersect by Lexus’ adopts a less overt and more holistic immersion into the world of Lexus. If the automotive brand stores along the Champs-Élysées are street walkers who flash their wares at the whiff of a tenner for a quick transaction, ‘Intersect by Lexus’ requires slow exploration and introspection to fully appreciate the curated elements.

Arguably Japan’s most well-known luxury car marque, the Lexus portfolio encompasses everything from the CT200h city hybrid to the LFA supercar, which sees it stand toe-to-toe, and in some cases surpassing, the Teutonic triumvirate – Audi for instance, doesn’t even have anything above the R8, while the LFA is a veritable 599 GTO rival.

If there’s one thing we’ve learnt, Lexus typically does things its way: simply put, the brand’s (and by extension, the distributors’) actions revolve around the concept of ‘hospitality’, or omotenashi – be it for customers, owners or even us hacks – and it’s clear to see why the Lexus trips have been hogged by our resident ‘Mumbles’ at the office… let’s just say it’s a pleasant surprise to be taken care of from doorstep to doorstep, especially if we’re being displaced for an assignment. Lexus’ attention to detail in its cars and service is exactly what separates it from the other brands, but like its ‘Intersect by Lexus’ brand-space, the efforts are always subtle, diffident almost, without the huge rah-rah that some feel need to be shouted from the rooftops. 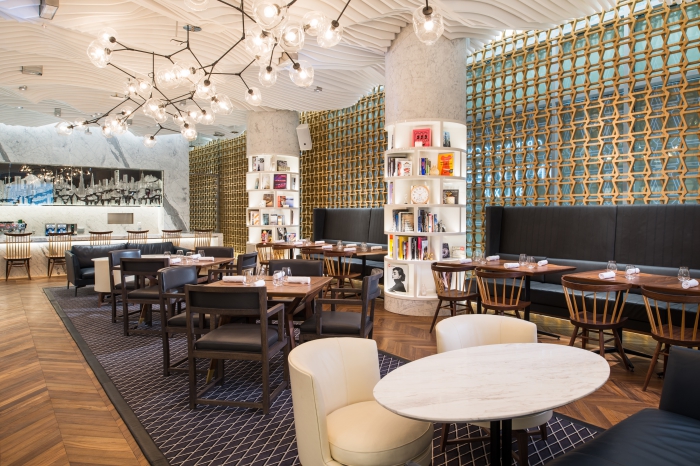 The ‘Intersect by Lexus’ salon we visited in Dubai is in the city’s International Financial District and was opened in 2015. It is the second such concept in the world, with the first opened in Tokyo’s Aoyama district in 2013, and a third planned for New York City in the Meatpacking district. 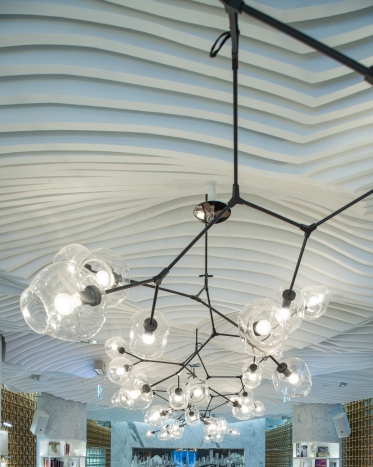 So far, Masamichi Katayama’s (founder of the Tokyo interior design firm Wonderwall) designs of the respective Intersects reflect the vibrant locales the concept stores are typically situated in. The core elements remain constant, such as the leather from the LFA used to clad the booth seats of the restaurant, the spindle-motif latticework facade and use of bamboo that is also found in Lexus cars, as well as the Lindsey Adelman bubble-like light sculptures, but a special feature of the Dubai Intersect are the evocative dune-like ripples on the ceiling to reflect the shifting sand dunes of the region. 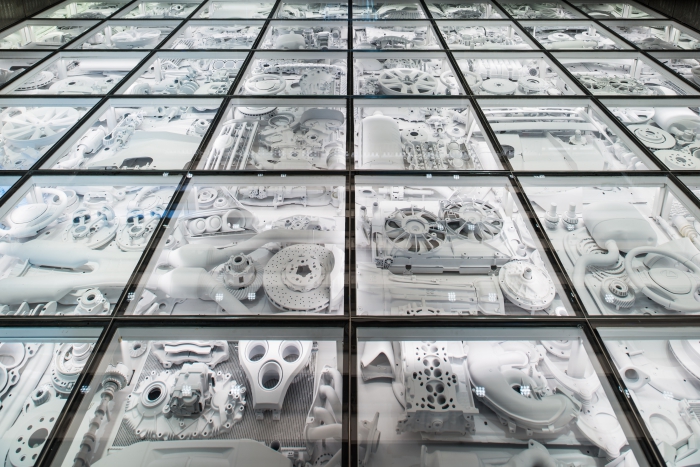 'Intersect by Lexus’ in Dubai also plays home to an event-space known as ‘The Garage’ that sits at the foot of a stairwell designed to resemble the Lexus spindle-grille, in which a car can be displayed if desired. 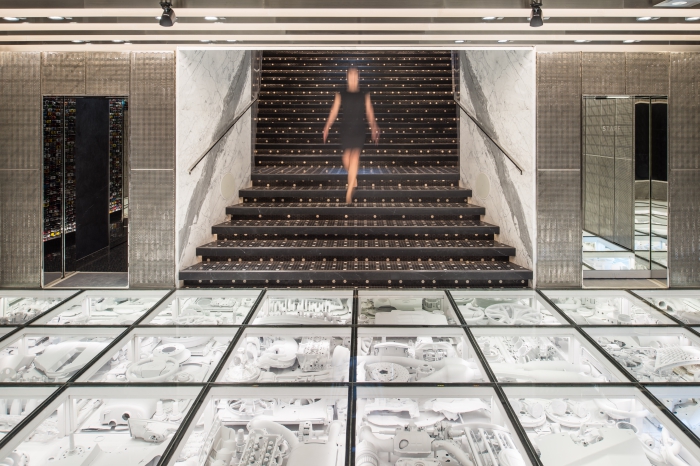 The see-through exhibition glass floor of ‘The Garage’ contains a collage of whitewashed mechanical components found in the Lexus cars – a beautiful display that will pander to any petrolhead. 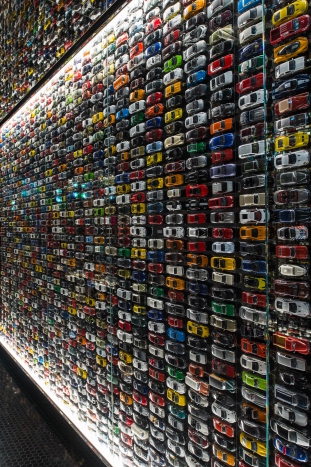 A less obvious ‘easter egg’ is the wall of miniature model-cars on the way to the restrooms through a nondescript sliding door; it’s mesmerising in detail because the wall doesn’t just feature Lexus/Toyota cars, but all marques and models. 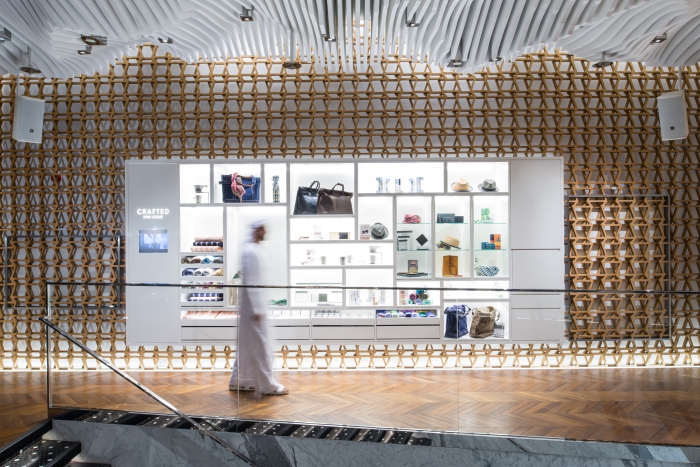 The artfully curated artisanal products under the ‘Crafted for Lexus’ label at the Intersect are for sale and a tribute of sorts to the ‘takumi’ who work on the Lexus cars. 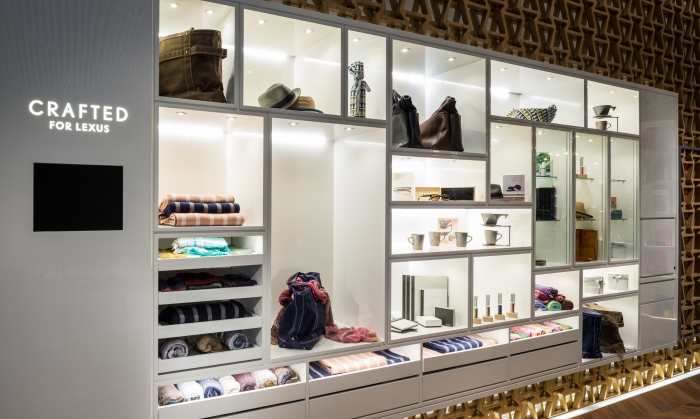 True to Lexus’ form, it’s all about experiences, inspiration and innovation, and the effect is intended to be holistic and immersive without the hard-sell typically associated with such facilities.

The reading materials span religion, philosophy, fashion, history and culture, all of which serve as inspiration to the brand in all, or some part. Ultimately, the whole experience is tastefully executed, because it would have been all too easy to fall into the ‘hipster’ trap.

At the Dubai salon, the lightly scented restaurant area is warm and cosy, so it’s possible to while away an entire afternoon luxuriating in the ambience alone, or in the company of friends. 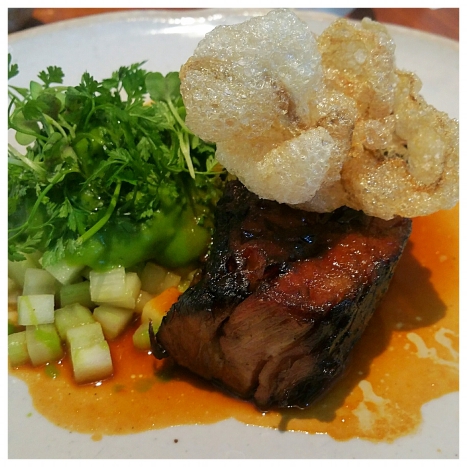 You know what people say about compact menus – it means that everything has to be executed well, and the dishes are just that: perfect – the ingredients are selected, handled and finished in the most exquisite manner that should put paid to unkindly remarks about car-brands dabbling in food. From what we’re seeing, Lexus is enjoying a renaissance in terms of products and direction, with both targeted at a younger, more dynamic demographic than before as it seeks to bring the fight to Audi, BMW and Mercedes-Benz.

The segment of the young affluent is growing and it would be a crying shame to dismiss or alienate it with conservative products, or worse, thinking. We wonder if the the fresh team at the Singapore distributor is part of this paradigm shift, because the premium automotive business has evolved beyond selling just cars, service and ‘pre-specified luxury’, but involves an entire lifestyle experience, such as one the Intersect by Lexus salons try to embody. Perhaps the most impressive aspect of ‘Intersect by Lexus’ is in its appeal to both the passionate petrolhead, as well as casual visitors who may not be interested in cars, but are instead intrigued and drawn to the salon because they feel an affinity to the inspired aesthetics, design elements and curated content – it’s from this initial experience that they can then hopefully be drawn into a lasting relationship with the Lexus brand.