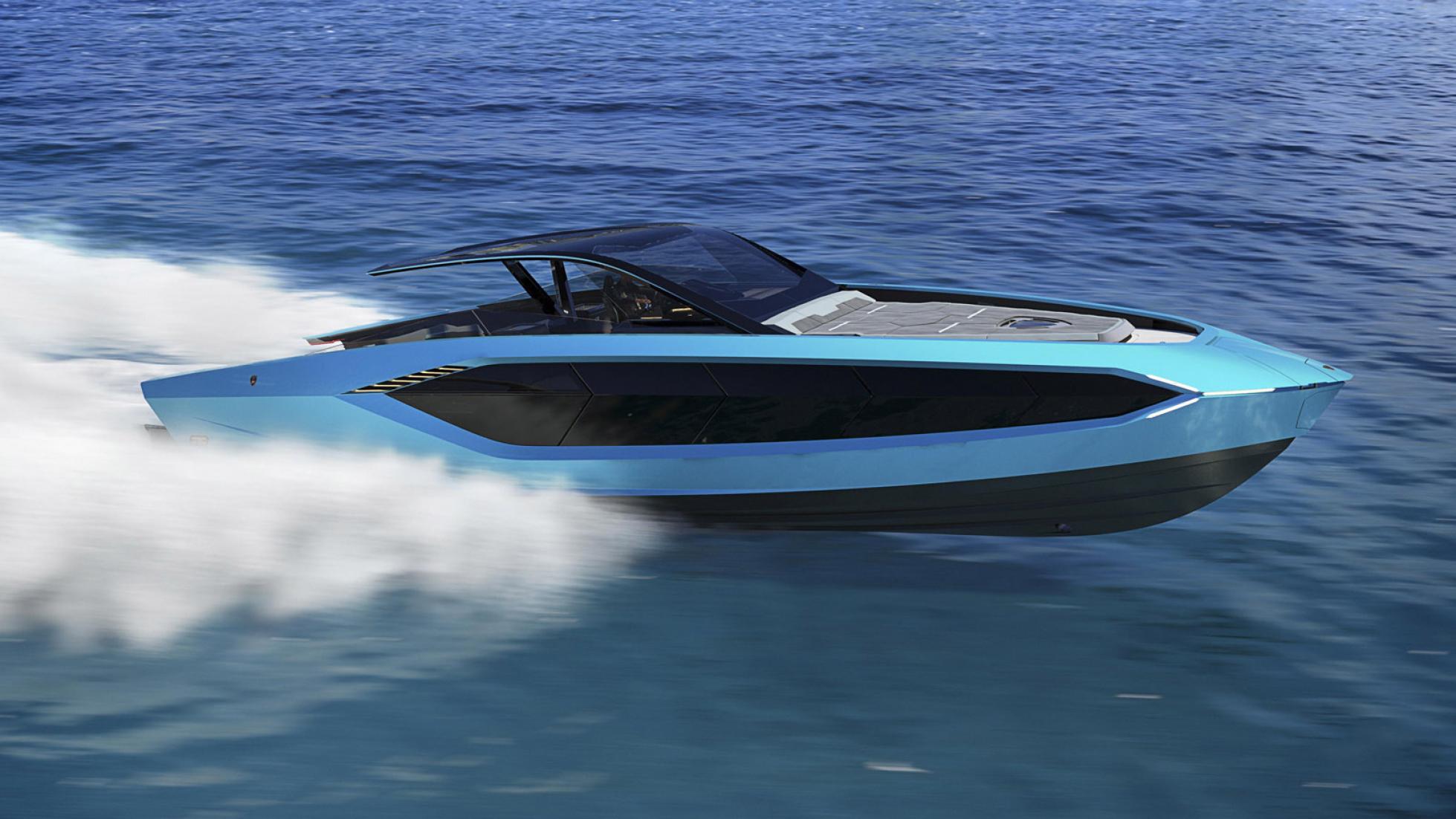 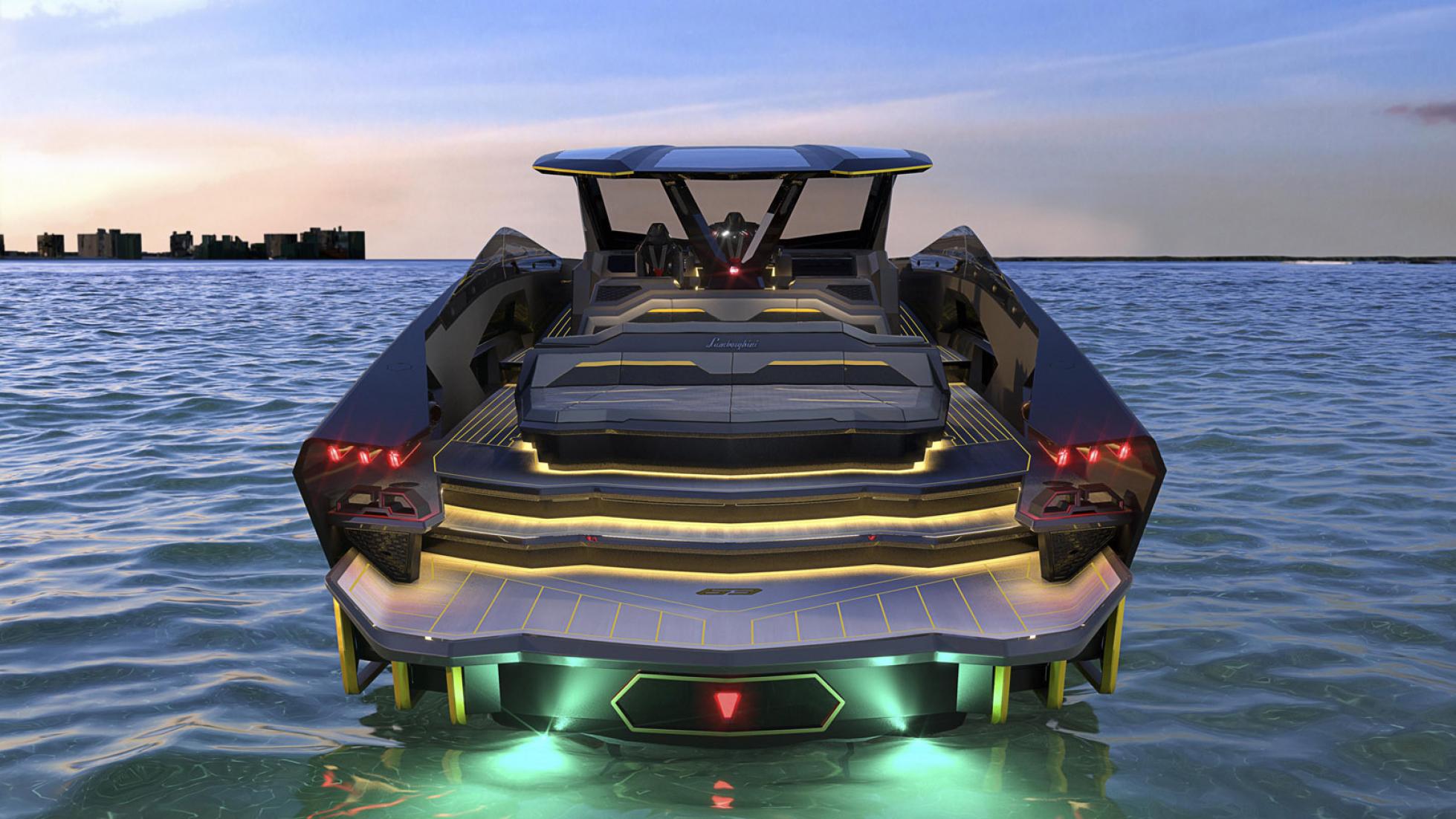 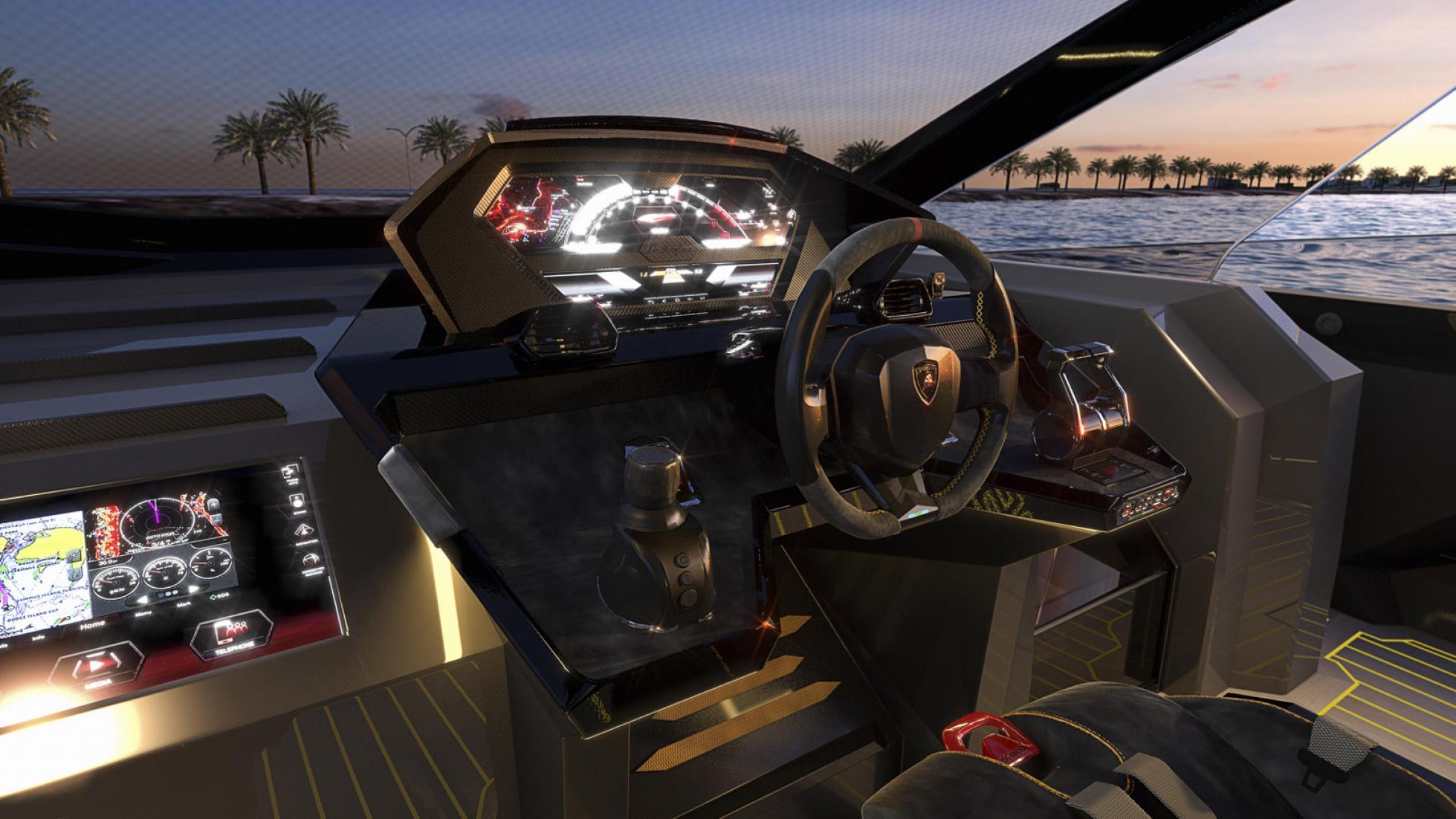 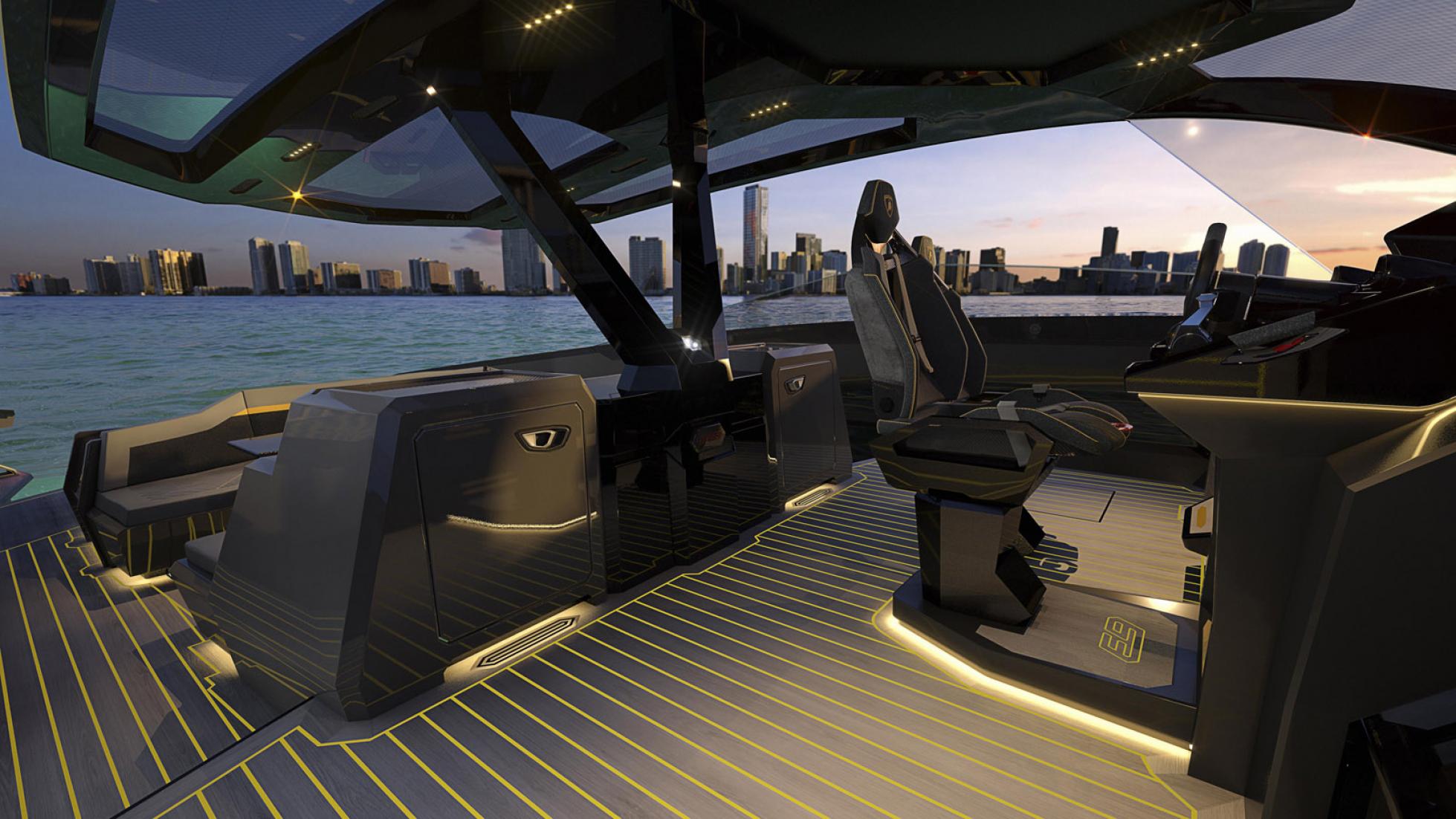 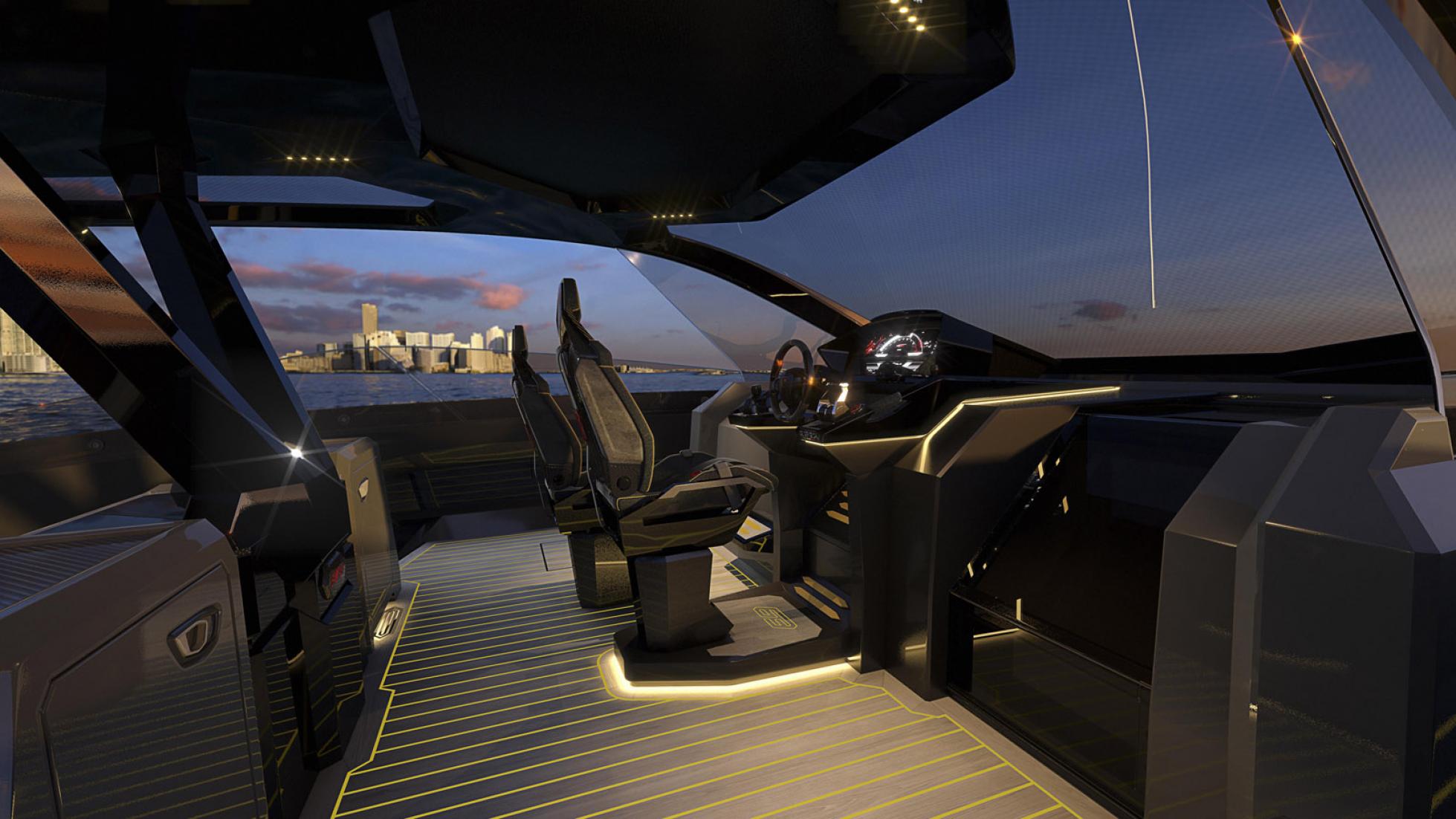 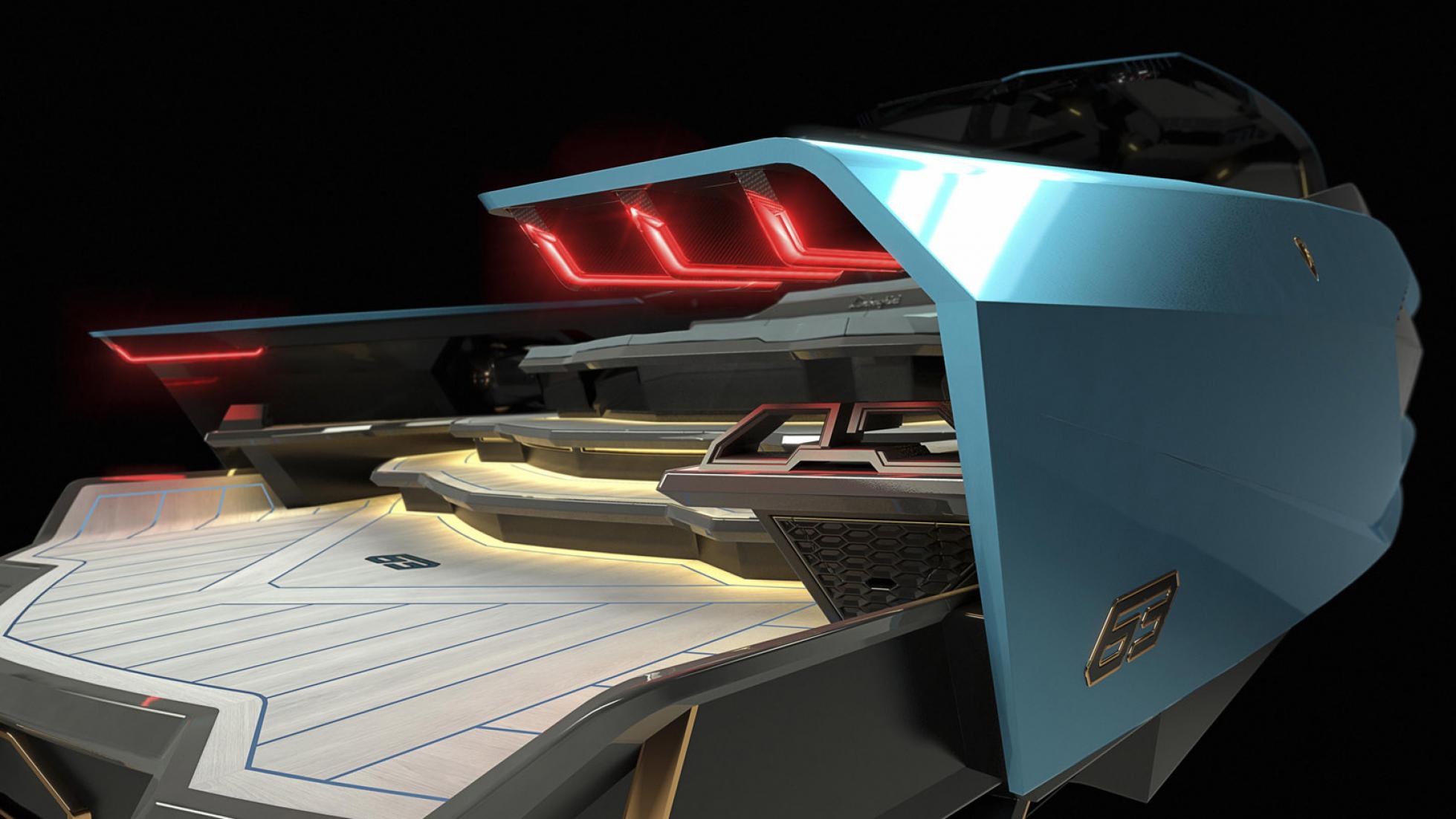 Lambo does boats now. Well kinda. Developed together with shipbuilder The Italian Sea Group, the ‘Tecnomar for Lamborghini 63’ is quite the thing.

Inspiration for the 63-footer came from the Sián FKP 37 – Lambo’s limited-edition mild-hybrid hypercar that pairs a 6.5-litre nat-asp V12 with 33hp e-motor (which draws power from a supercapacitor rather than a conventional battery). The yacht borrows precisely none of that tech. Does use a V12, though. Two of them, actually, producing around 2000hp each.

Look closely at the boat’s rear-end and you’ll see the Lambo influence – the lights, the diffuser-like fins and hexagonal trim that resembles an Aventador’s exhaust. Inside there’s a faithful knock-off of Lambo’s steering wheel and a Lambo-like driver’s seat, plus all the displays use the same kind of graphics you see in the company’s cars. Meanwhile the engine start buttons (there are two, remember) are exactly the same items you get in an Aventador, Huracán and so-on.

This isn’t an out-and-out speedboat, but it is quick. The top speed is almost 110km/h even though it weighs “only” 24 tonnes. 63 will be built – which is actually loads – for around US$3.4million a pop. The first examples will be finished next year.