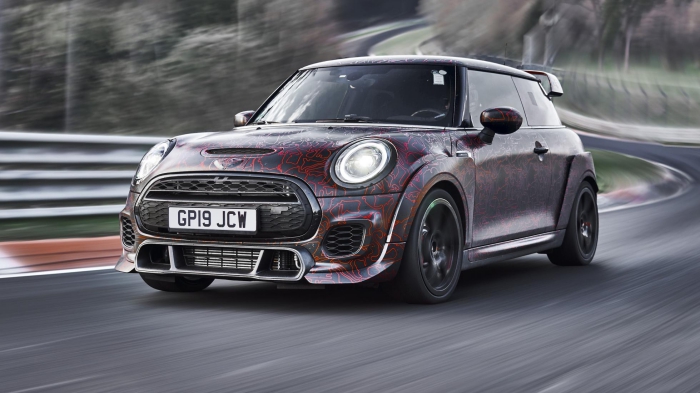 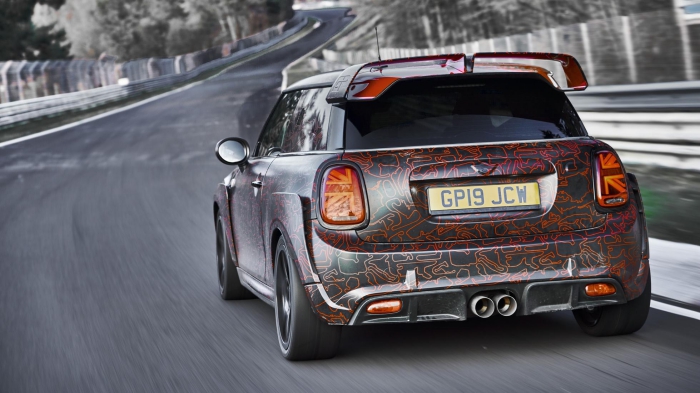 MINI has told us its new GP hot hatch – due out in 2020 – will be front-wheel drive and offered with a paddleshift gearbox only. And yes, it’ll keep the wild bodywork… 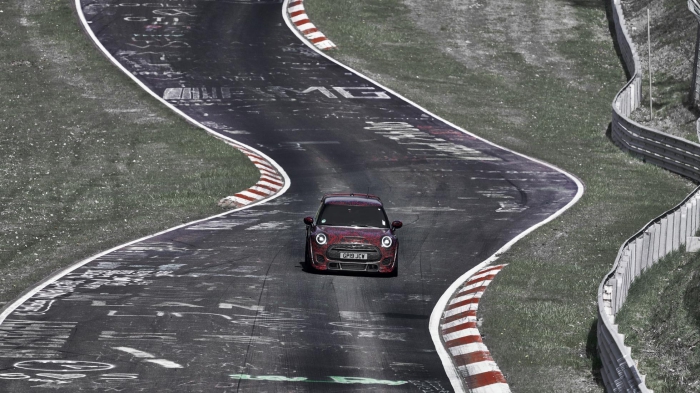 The most potent MINI being front-driven ought not to be a surprise, but given it uses the same 2.0-litre turbo engine as the latest, 306hp MINI Countryman JCW – itself sharing its powertrain with the newly four-wheel-drive BMW M135i – there had been some intrigue. 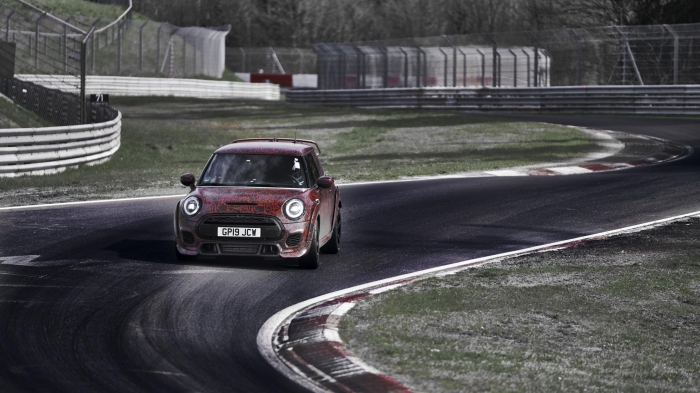 'That’s an interesting question which many people have asked,' says Jurgen Matz, who’s been working on the third-generation GP’s chassis. When we tell him our hunch is that it’s stuck to its front-driven roots, he says we’re 'warm', before confirming it by declaring the Civic Type R a key benchmark.

'Some competitors know how to make good front-wheel-drive cars,' he says. 'Some look ugly and are made in Japan but are good to drive.' 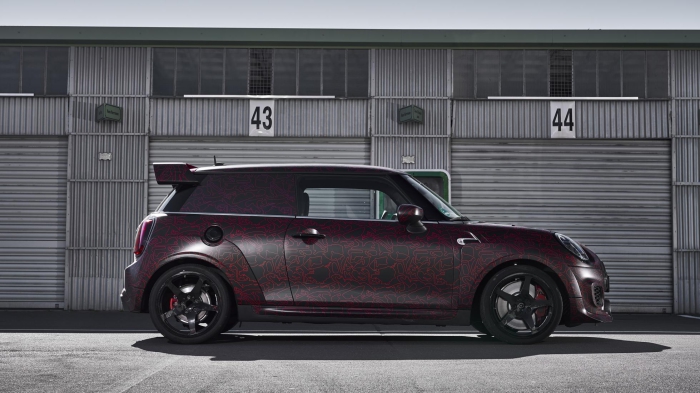 He won’t be drawn on an exact power figure, merely saying the GP will have 'more than 300hp', which even at its bare minimum is a stonking 88hp up on the highly strung second-gen MINI GP of 2013. 'It’s a smaller and lighter car than the Countryman so maybe there is not a big necessity for more power,' he says. So let’s assume that car’s 306hp doesn’t change.

It’ll be sent to the front wheels through a paddleshifting auto rather than the 6spd manual most associated with quick MINIs, a move we suggest might alienate the hardcore buyers these cars attract. 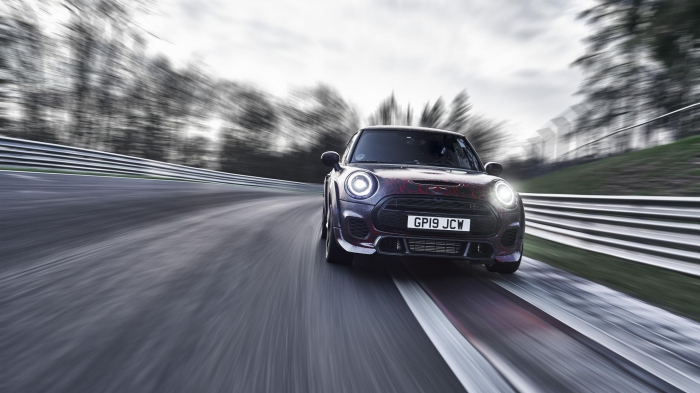 'Nowadays most of the competition have paddles, which for most of the customers is easier to drive. If you want to go really fast, you are faster with the paddles,' Matz says. 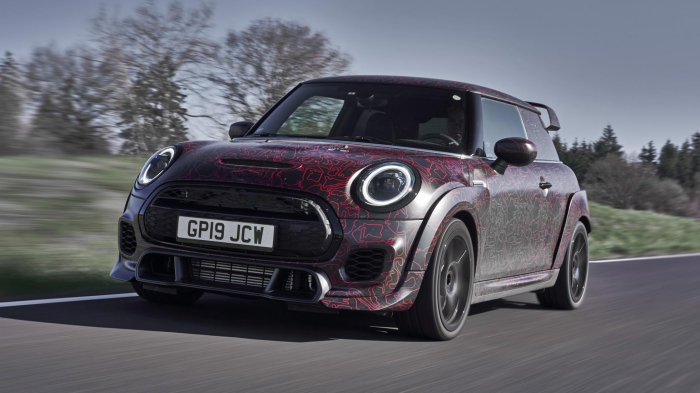 'Our research found only a small, small request for a manual which gave us a decision to make. Look at the Alpine A110: they decided the same. There are some fans who like a manual but unless it’s a large amount, you have to make a decision: what is best for most people?' Its suspension overhaul compared to the standard John Cooper Works might win the hardcore back, a move surely necessary to handle its huge jump in power.

Interestingly, it’s a passive set-up – no fiddling through chassis modes here – a move that helps save weight, traditionally a GP strong point and one no doubt slightly scuppered by the new auto'box. 'If you don’t want to save each 500g here and there, you’ll never have a lighter car,' says Matz. The wheels will be a four-spoke design familiar to GPs (shown above), slowed by brakes borrowed from BMW and wrapped in bespoke Hankook tyres. The two-seat layout and gunmetal grey colour scheme will also stay familiar, resigning the brilliantly nerdy race circuit collage camo the car currently wears to the bin. Naturally, one of those tracks is the Nordschleife, where the car has already set a7m56s lap. By the end of development, it should have taken an almighty 30secs out of the 8m23s lap of its predecessor.

We ask if some of that is down to aero benefits of the very wild new styling, but Matz assures us the car’s not producing downforce, and that being fun to drive is priority over feeling locked down. But those marvellously OTT rear arches will stay once the camouflage has been peeled away to reveal the production car. Has pushing 300hp (plus) through the front wheels been difficult? 'Not really,' says Matz. 'If the old GP had 88hp more, it could have handled it. Maybe it was a bit underpowered for its aerodynamic and tyre performance. Now we are really on top with the power. This is why we switch to wider tyres.'

But it’ll still be playful, like the old GP famously was? 'Yes. It’s a MINI. That’s something we have to produce.' Production will be limited to 3,000 cars – up on the 2,000 apiece of its forebears – with firmer details closer to its on-sale date sometime in 2020. Excited? It’s the new electric MINI! Oh but wait! Didn’t Mini just launch their first EV a short while ago? Well actually yes they did. And they have decided to spare no time in bringing us the facelifted version of the car. It's as quick as a whip! But it does feel hardcore