And lo, the Pope did get-eth a new Dacia Duster Popemobile 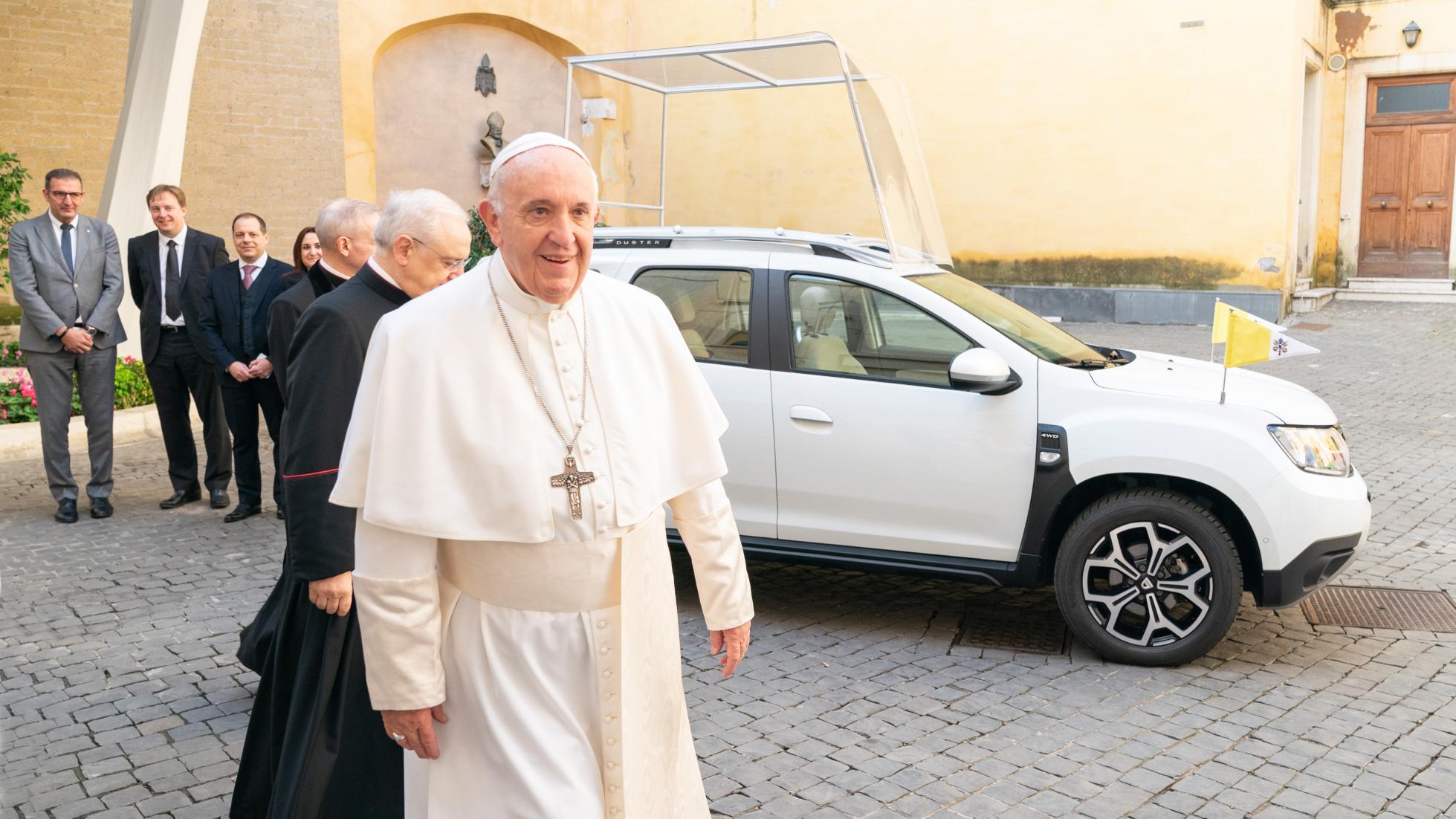 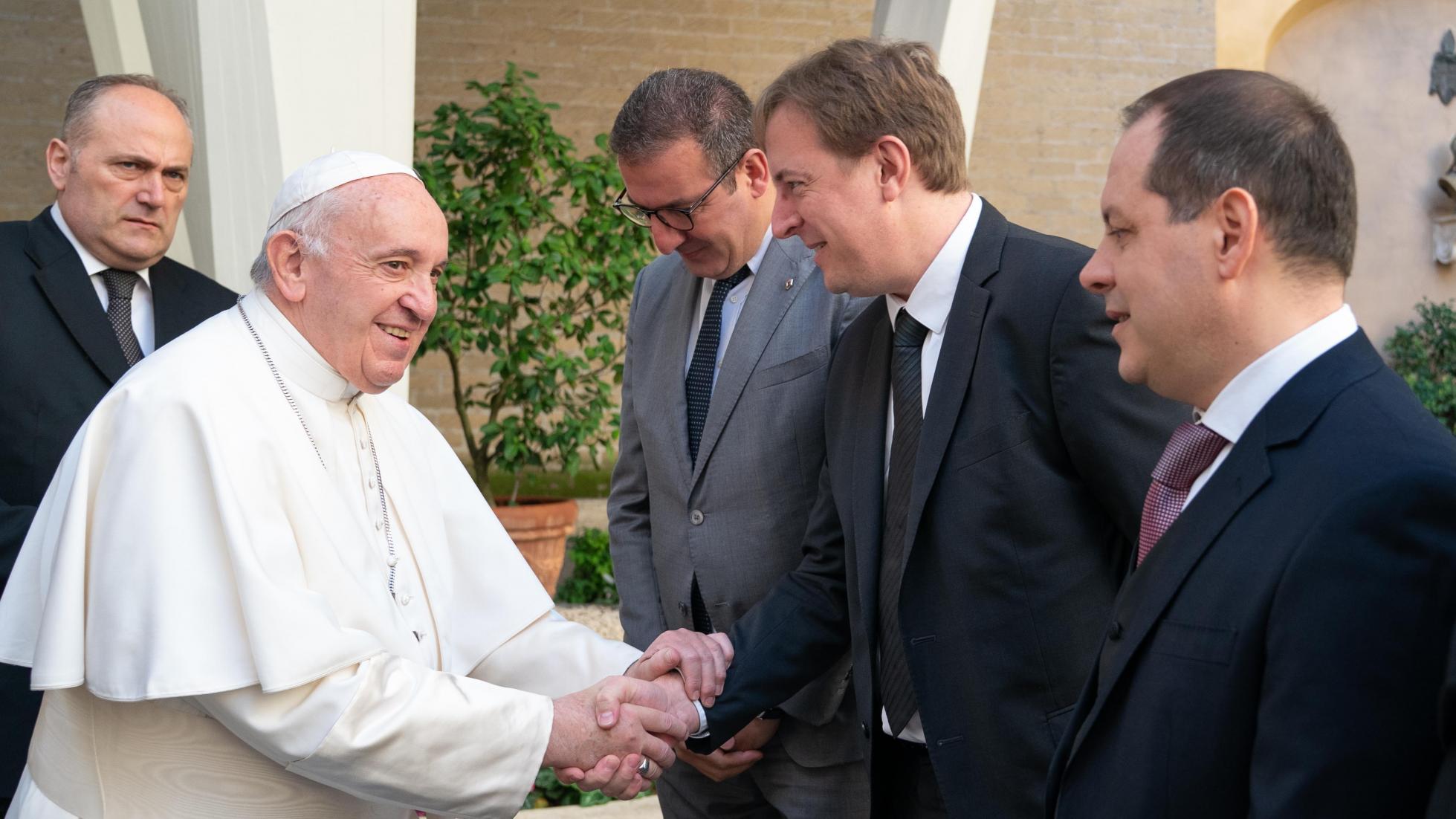 One of the perks about being the almighty’s human representativeness on Earth – besides quite a lot of fan mail and guaranteed access to the security fast-track lane when approaching those pearly gates in the clouds – are the cars. Being the Pope means you score a biblical collection of rides.

Over the years, Ferrari’s donated an Enzo – which was swiftly auctioned off for charitable causes. Earlier this year, Lamborghini bought itself some divine brownie points by gifting Pope Francis a rear-wheel drive Huracan. Because drifting V10 supercars is a gift from the Lord. Verily.

Today, TopGear.com brings you news of the new Popemobile. And well, we can’t fault his Popeliness (only He can do that), because he’s got a Top Gear hero for his company car. The Pope’s got a Dacia Duster. A very bespoke one, mind you. 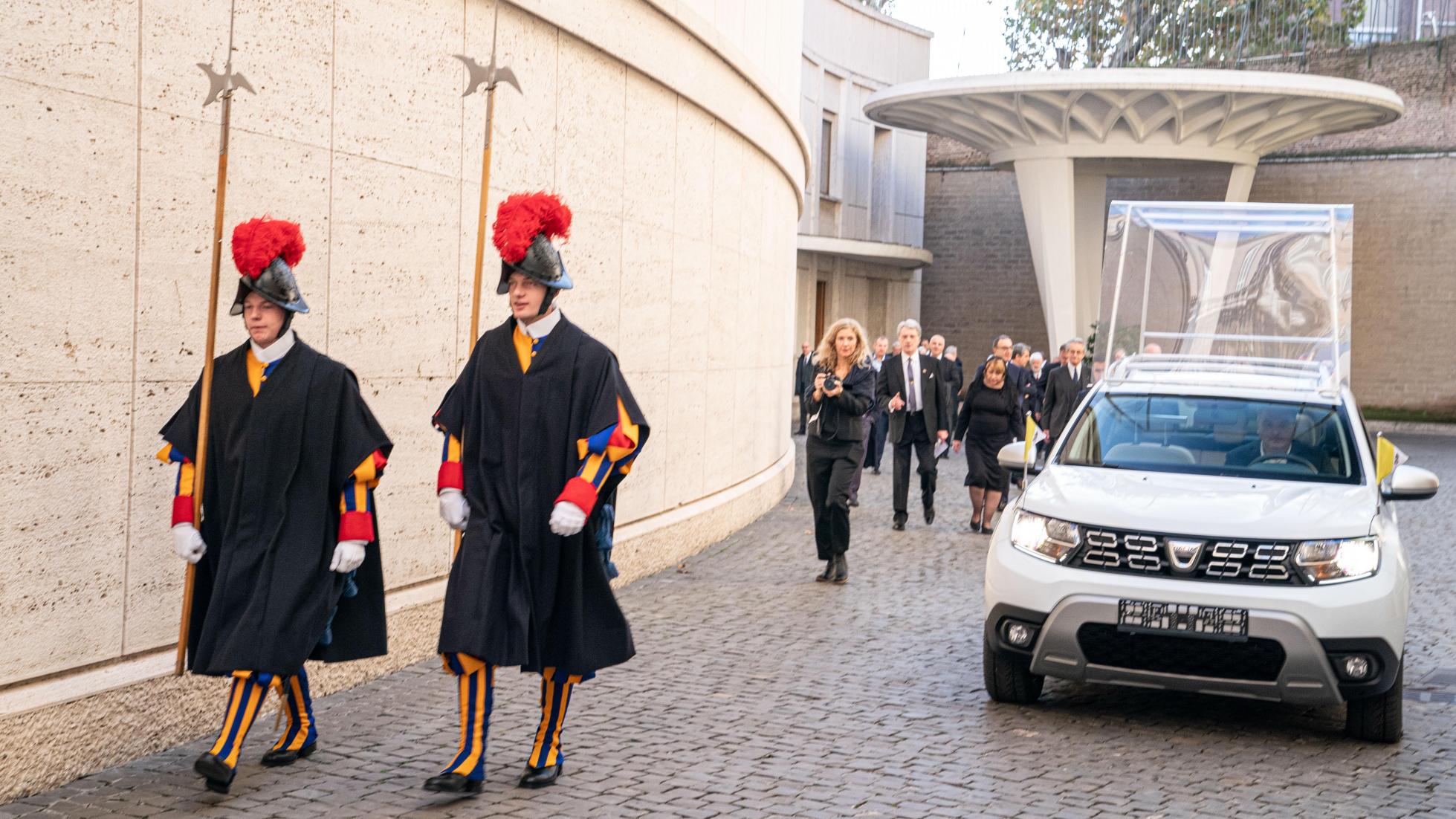 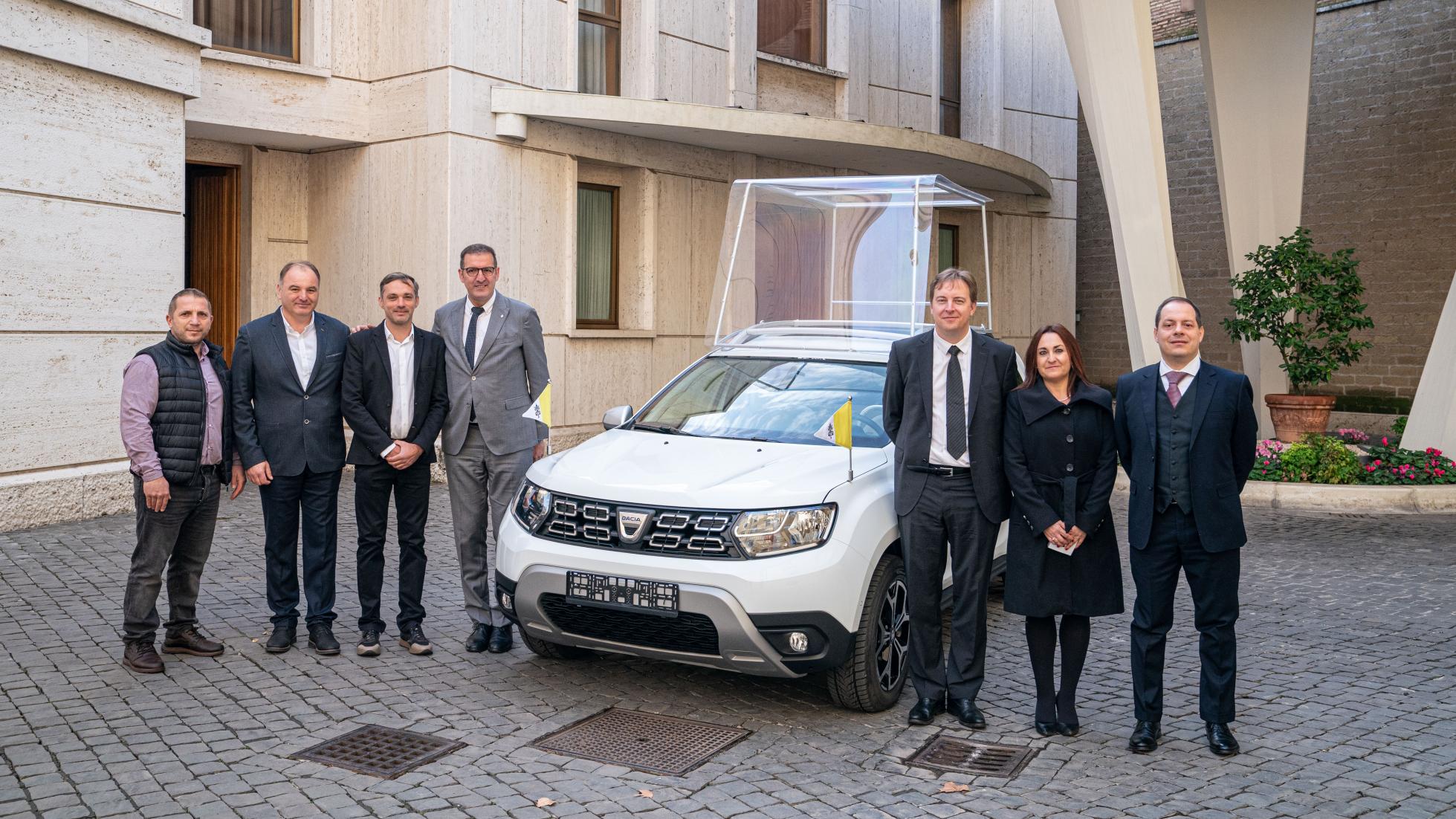 Dacia tells us that the one-off, prepped specially in its Romania homeland, “has five seats, of which one is a particularly comfortable rear bench seat”. Other pieces of Vatican options list tweaking come in the form of “a large sunroof, removable glass superstructure, ground clearance 30mm lower than normal for easier access on board, as well as internal and external support elements”.

Reports that Apple CarPlay has been swapped out for a radio tuned only to DJ Gabriel’s Hit Hymns 103.8FM remain unconfirmed.

So, now we know the answers to the age-old rhetorical questions. Is the Pope Catholic? Yes. And does the Pope enjoy honest, rugged little off-roaders with funny names from Eastern Europe? Apparently so. 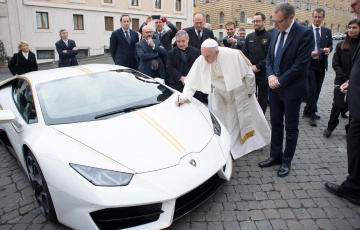 His Holiness the Pope has a new Lamborghini

Pope Francis has been given a godly V10 supercar. Amazingly, he’s not keeping it 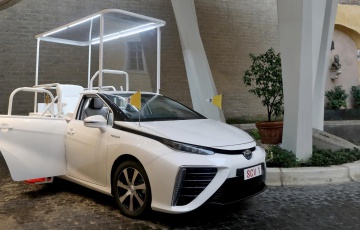