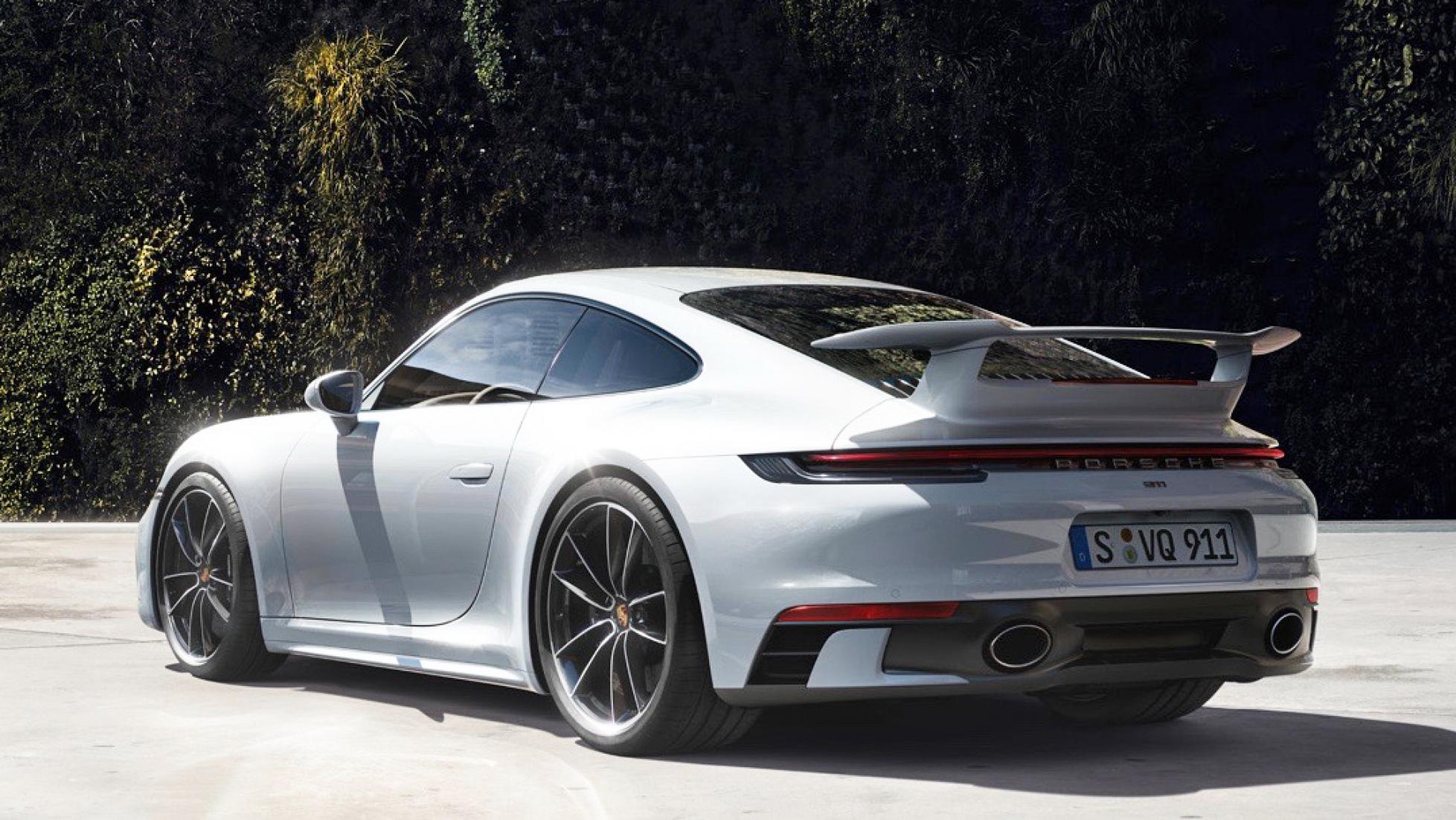 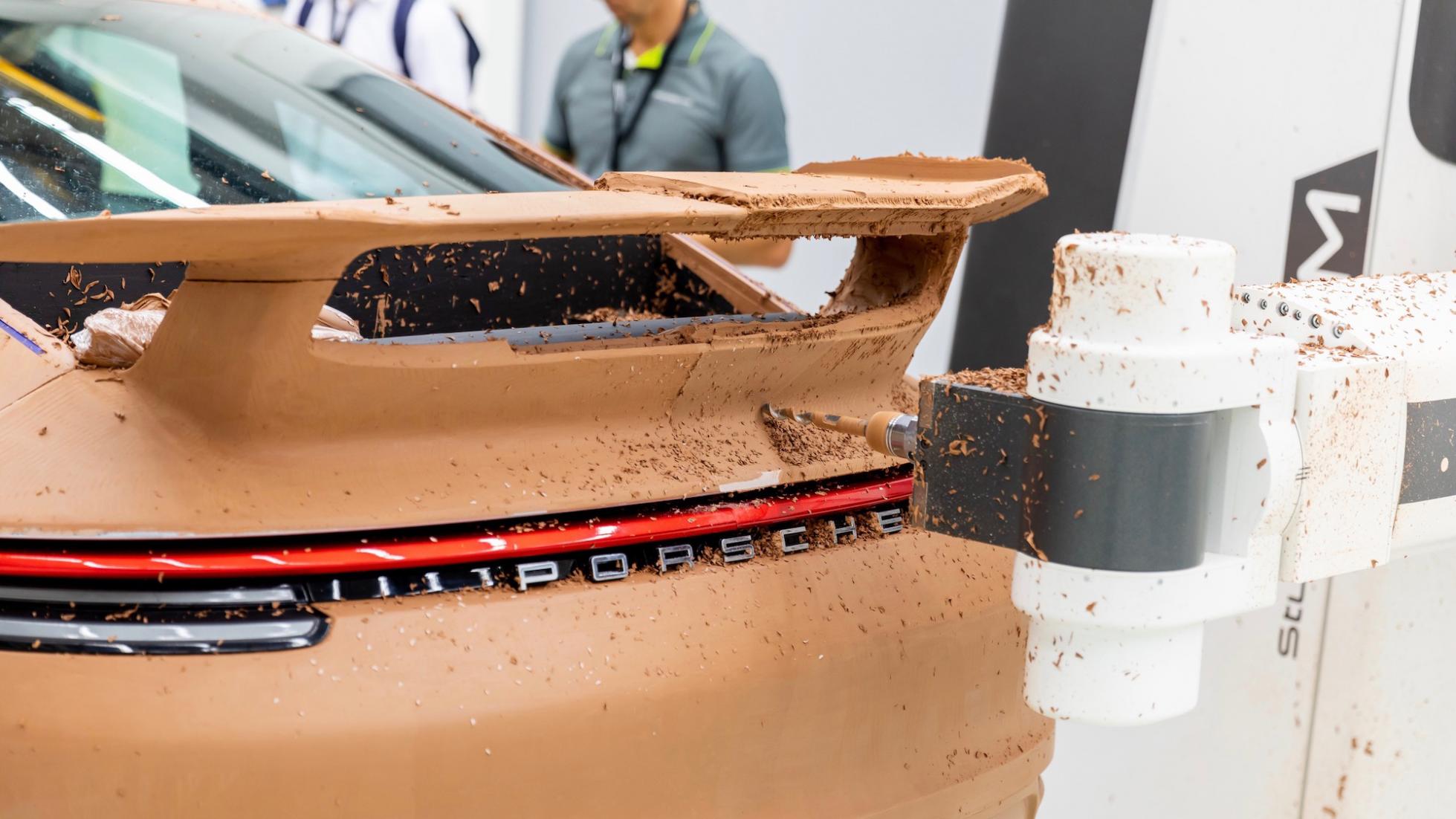 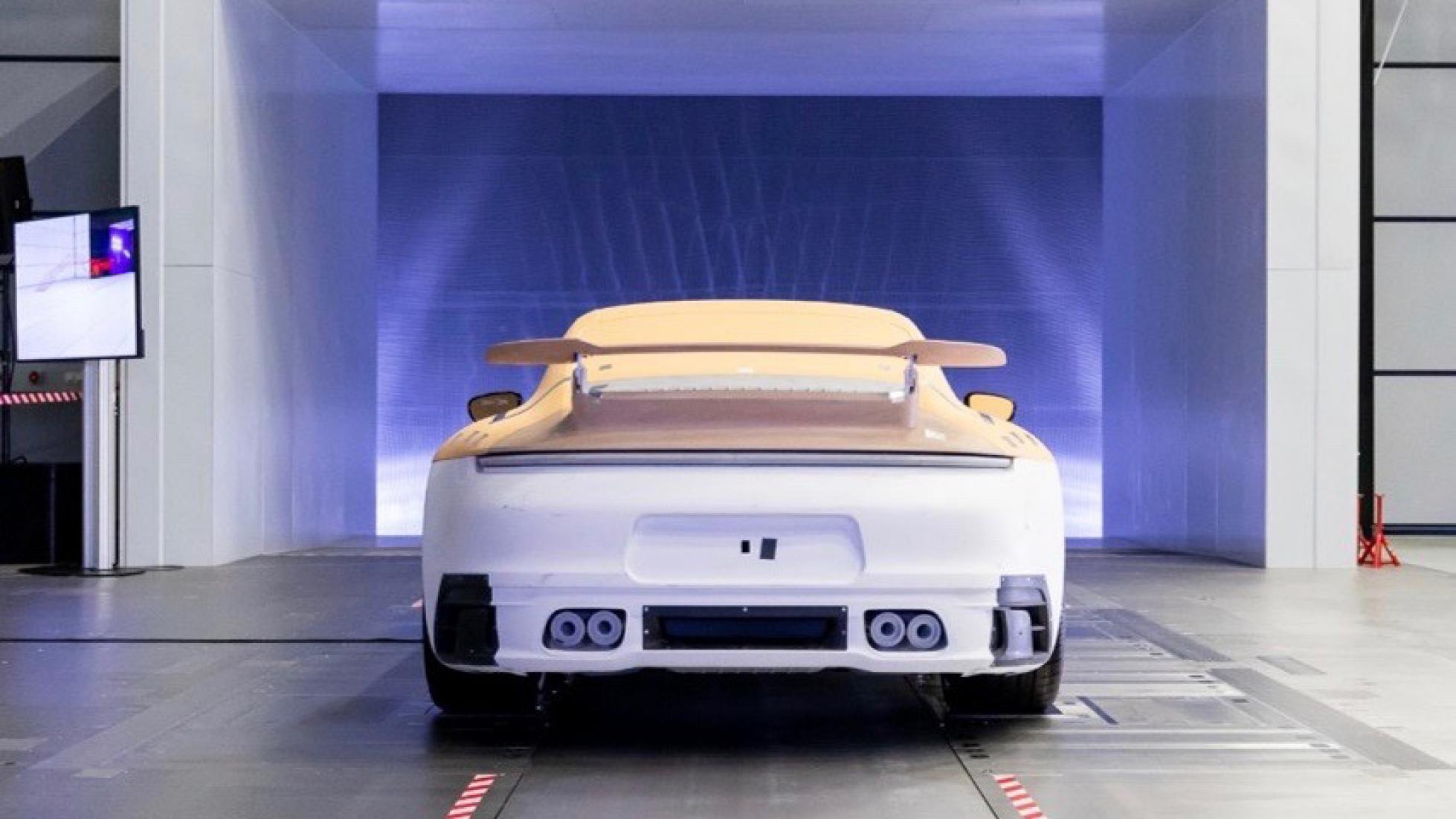 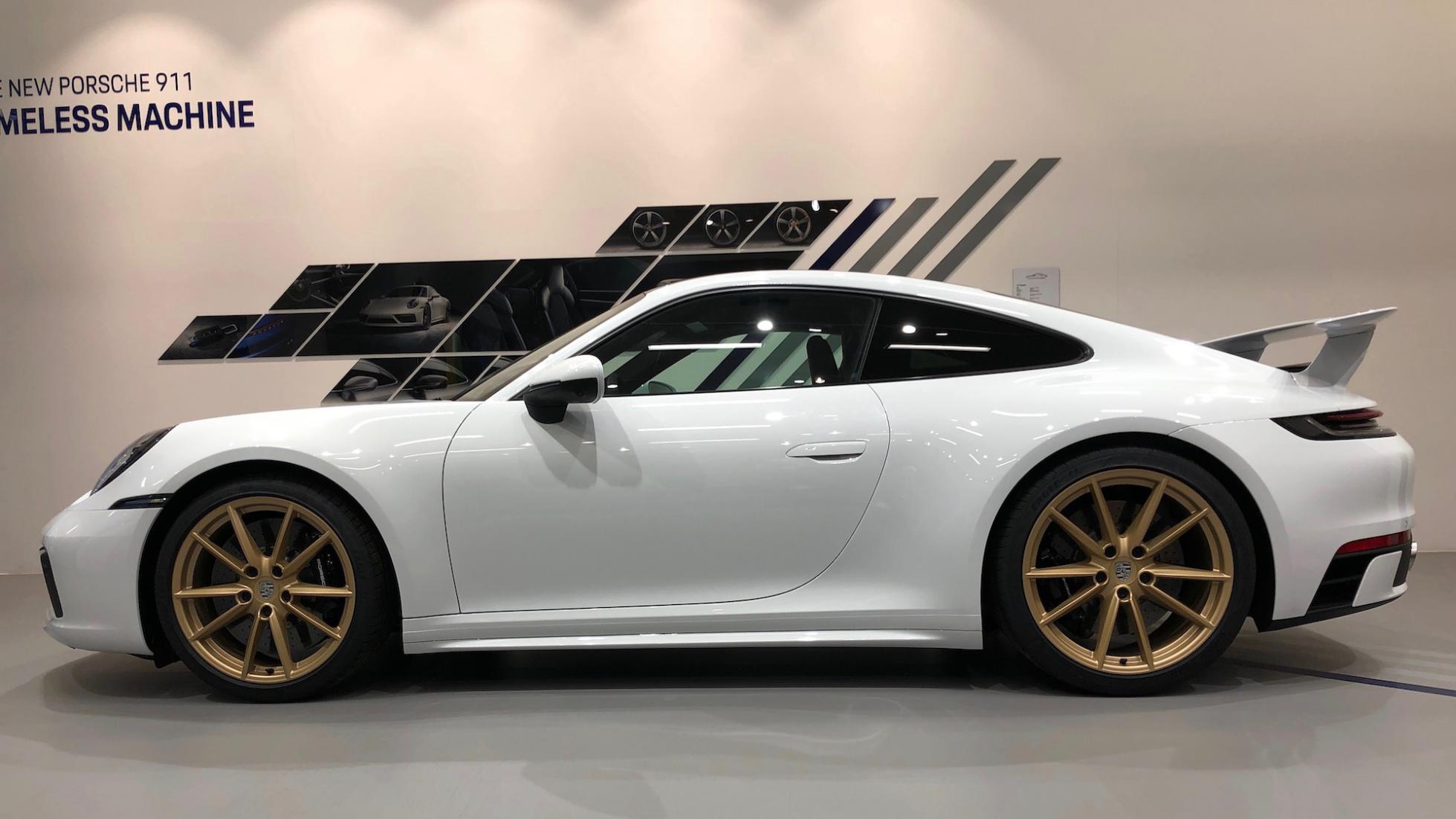 This – if you squint – is what the new Porsche 911 GT3 will probably look like. In more prosaic terms, it’s the new Aerokit optional on all coupe versions of the 992-gen 911. It’s not some Halfords-eque slinging on of a spoiler from the vast Stuttgart stock shelf, either; it’s faced a dizzying 55,000km of testing at Nardo, which is more than three times the development distance covered by the significantly more aero-y Pagani Imola.

Seems like overkill, perhaps, but then the fastidious overengineering of Porsches is what makes them so flipping good. The Aerokit combines with the Sport Design package that shifts the 992’s rear number plate into a more aesthetically pleasing place – freeing up room for more air vents – while introducing a new front lip and side skirts. This underwent a staggering 90,000km of ‘hot and cold climate’ testing.

All told, we’re beginning to wonder if Porsche’s engineers have been pulling a fast one. “Um, no, we’ve not signed the new licence plate position off yet. Can we have another three weeks skidding around on a frozen lake, please?”

Prices of the Aerokit haven’t been confirmed, but the Sport Design pack adds S$16k to a 911 Carrera or Carrera S, so we’d reckon on 22 grand covering both options. Which, on a dollar-per-development-mile basis, is pretty good value, we’d say. 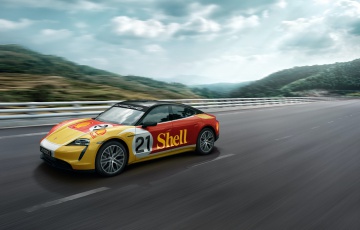 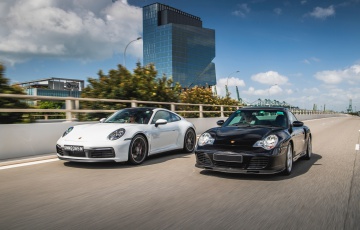 Be it big T or small t, Dr. Leroy McCully discovers that Porsche’s turbo'd flat-six is capable of such sweet music 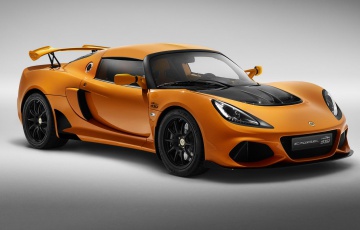 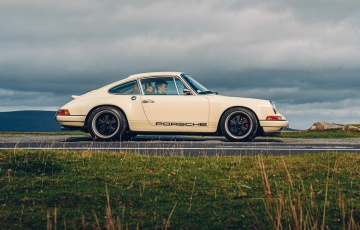