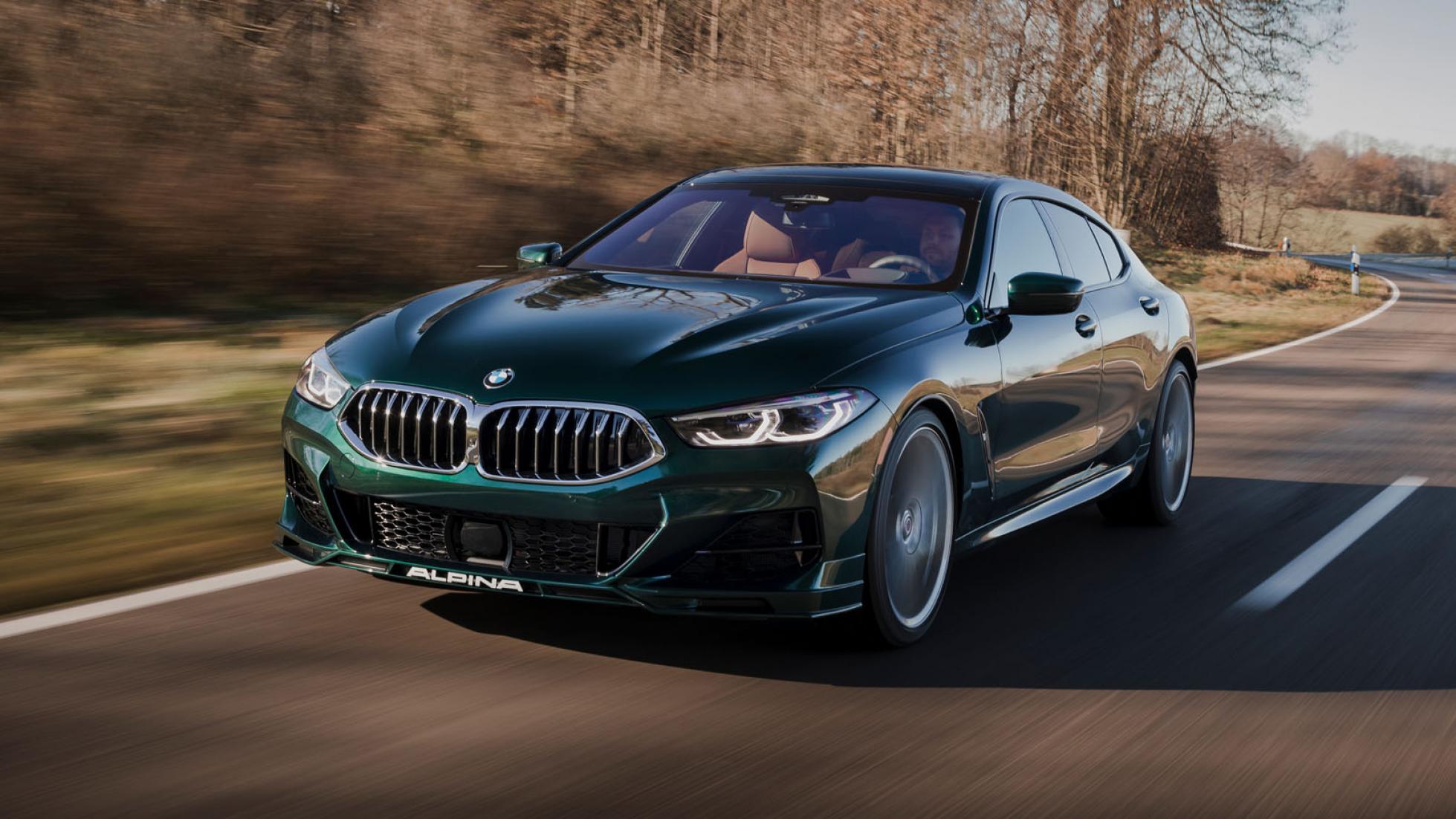 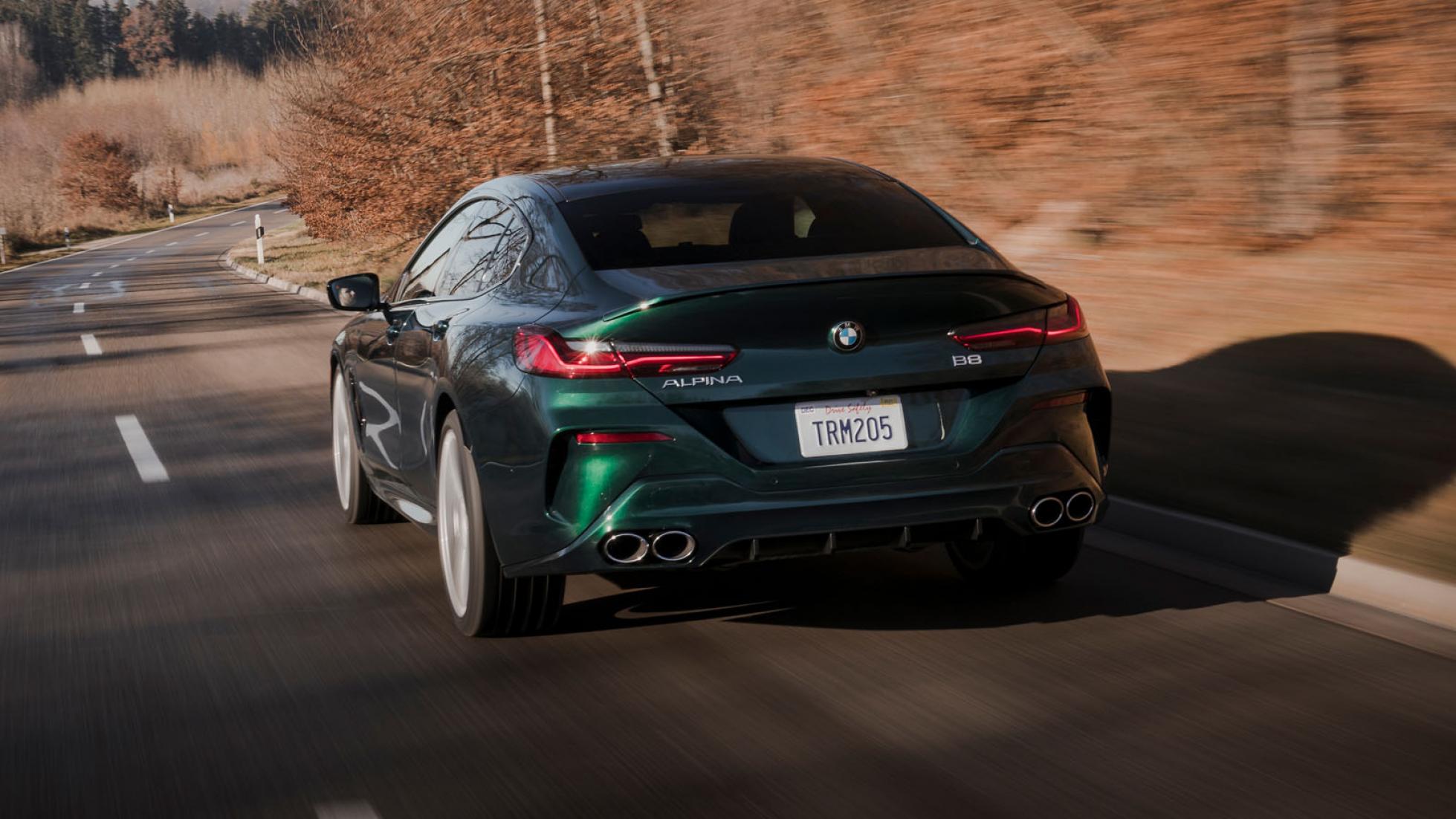 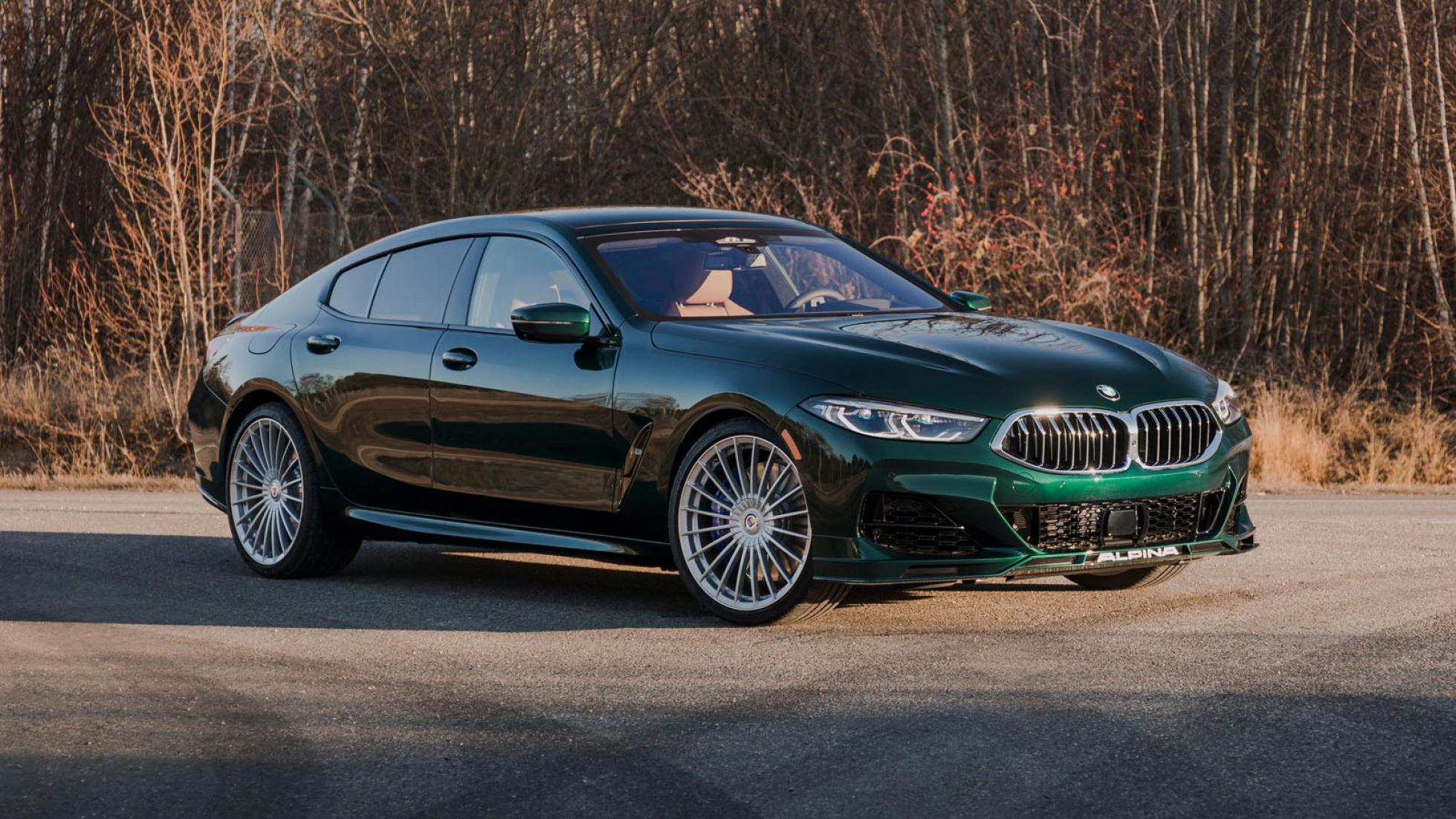 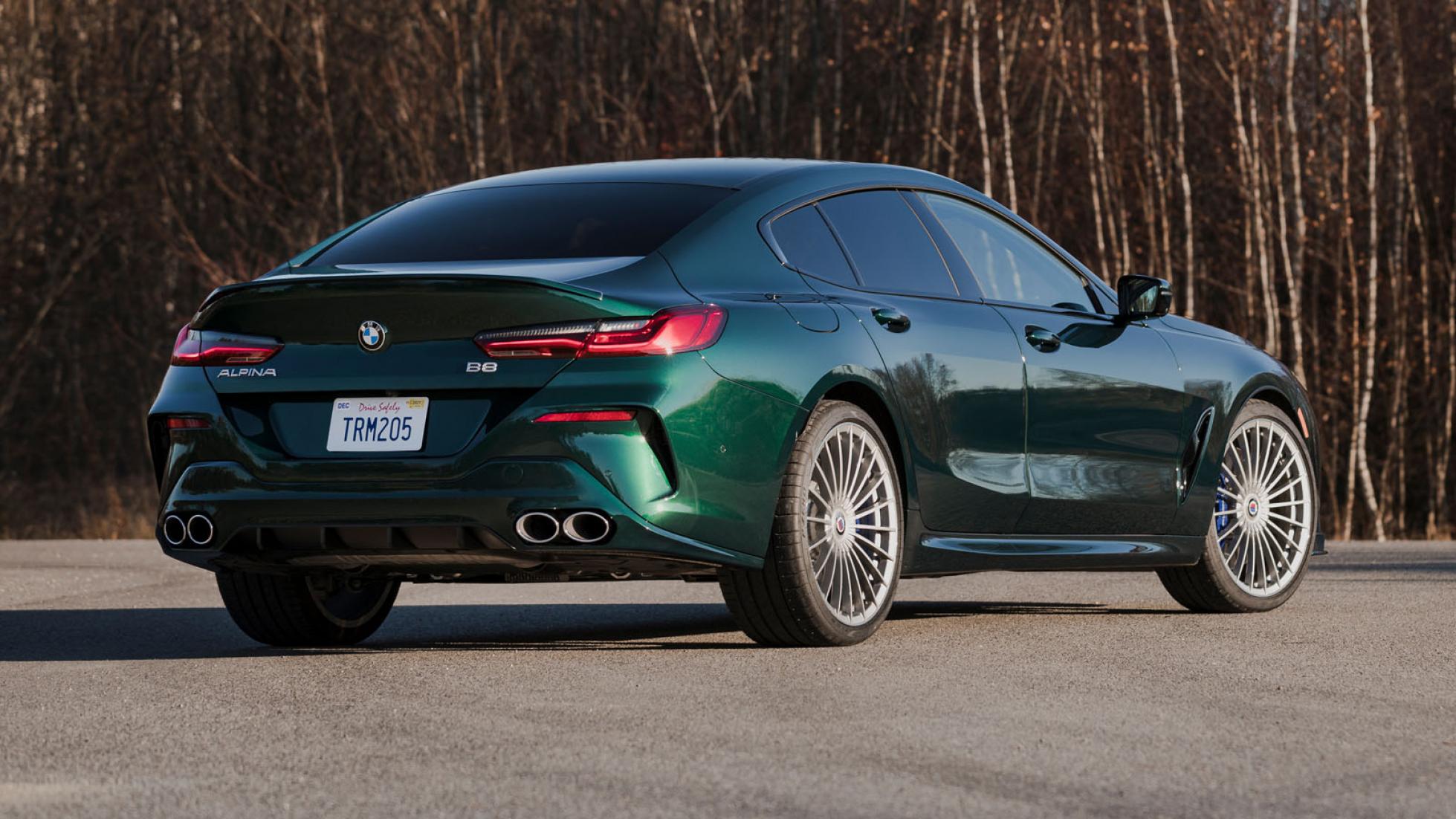 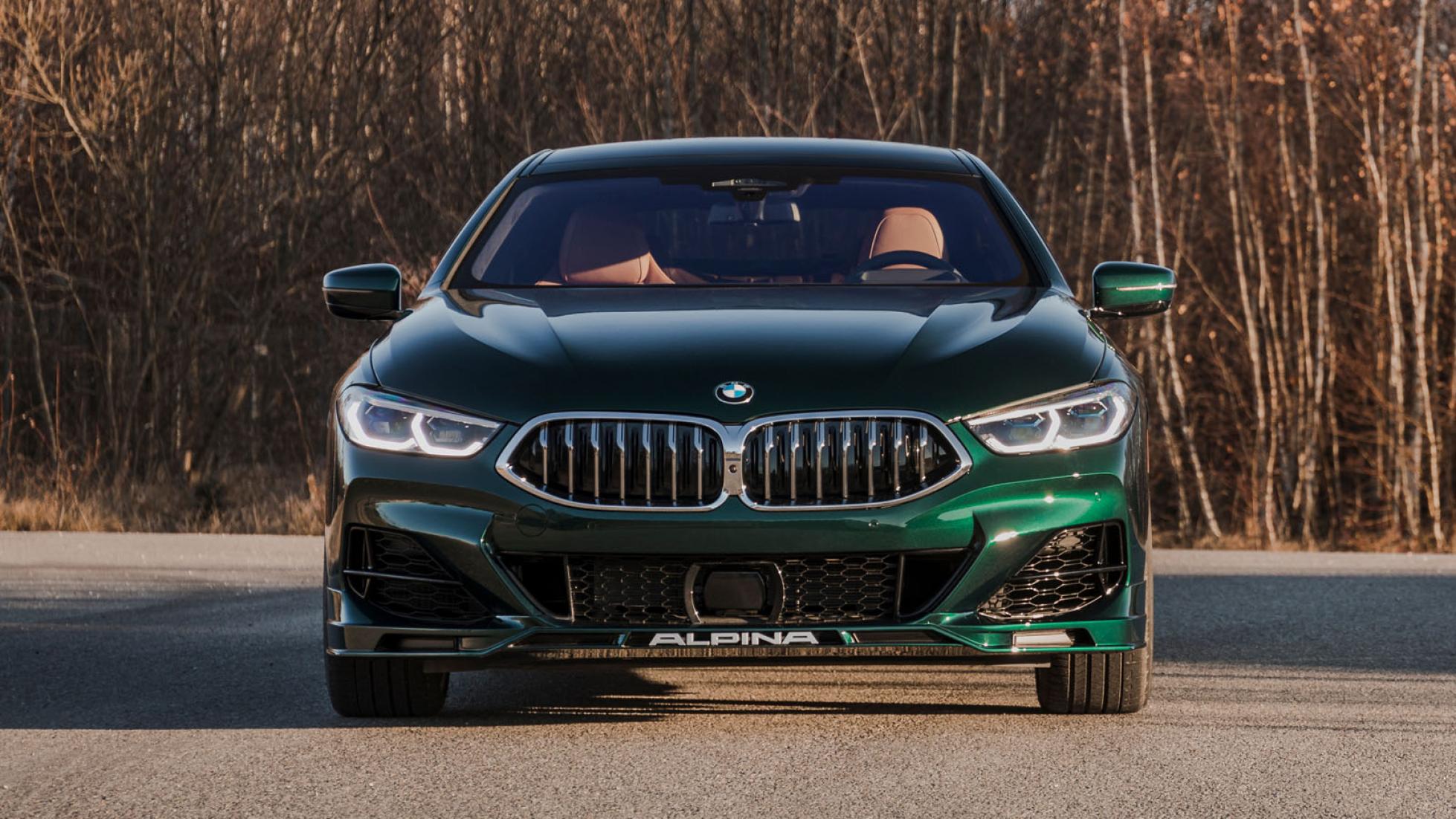 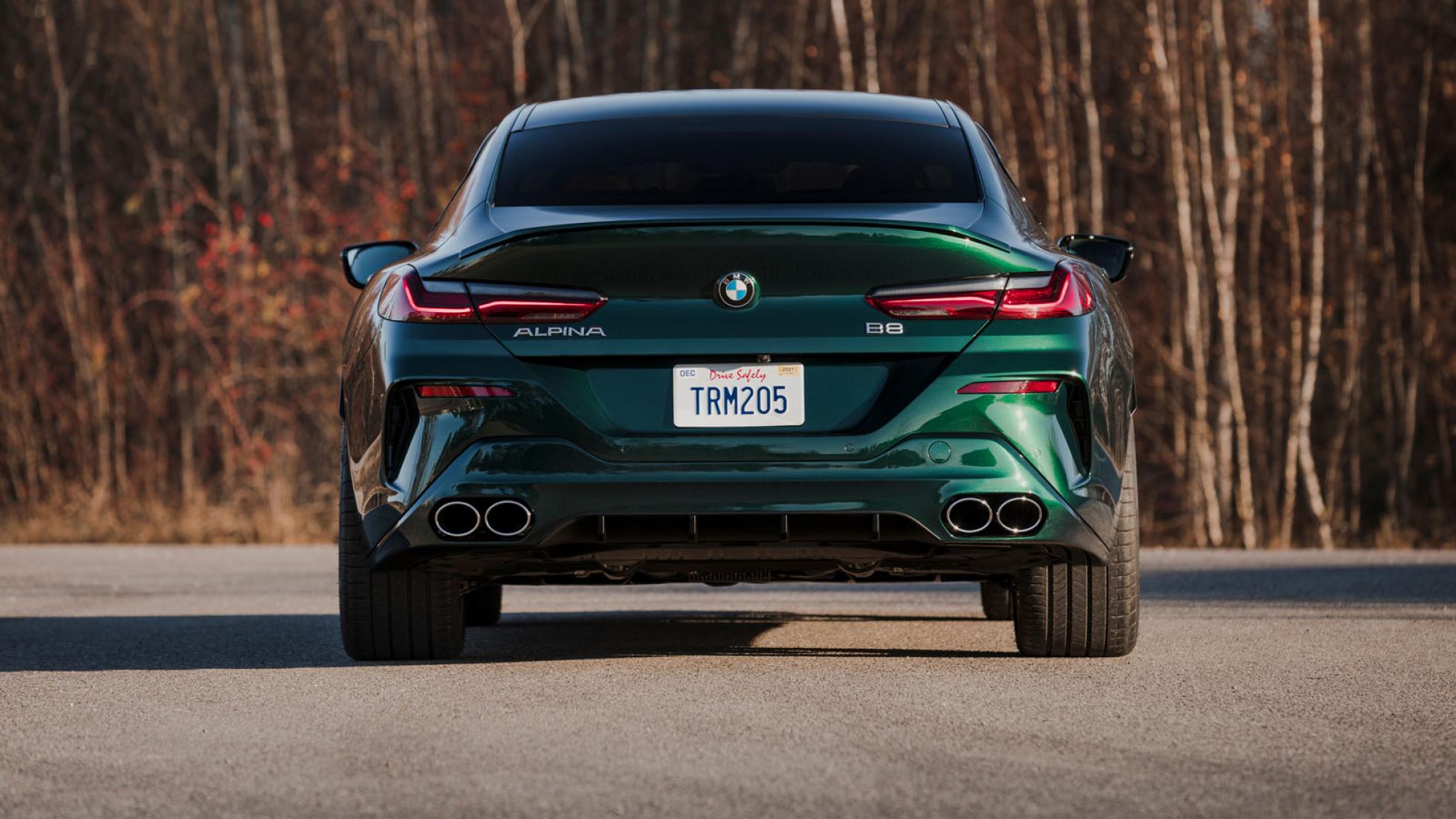 Today is officially A Very Good Day, for it begins with news of a new Alpina. More specifically the gorgeous Alpina B8 Gran Coupe – a subtler, rarer, altogether cooler and softer-edged alternative to BMW’s own M8 Gran Coupe. 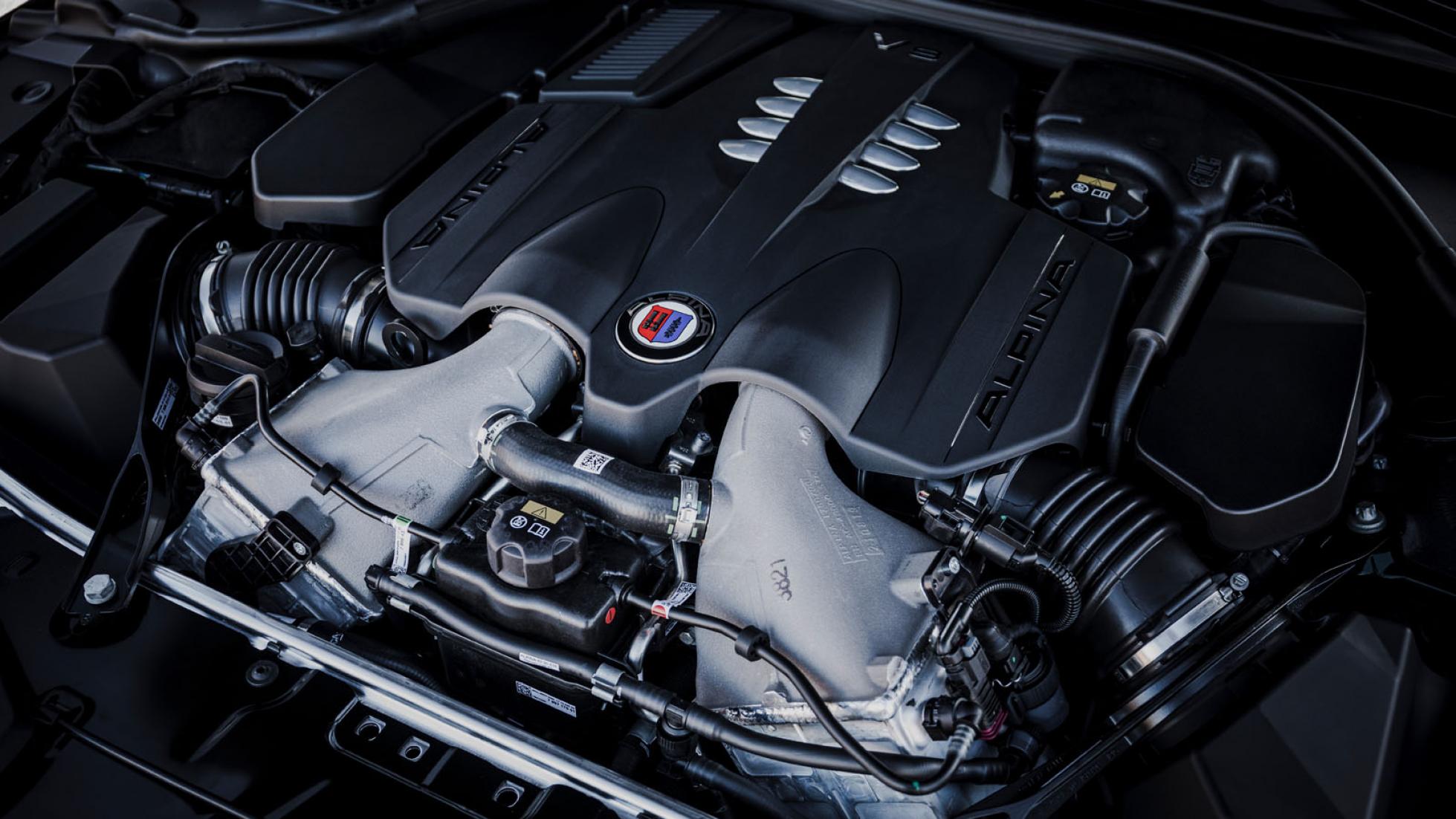 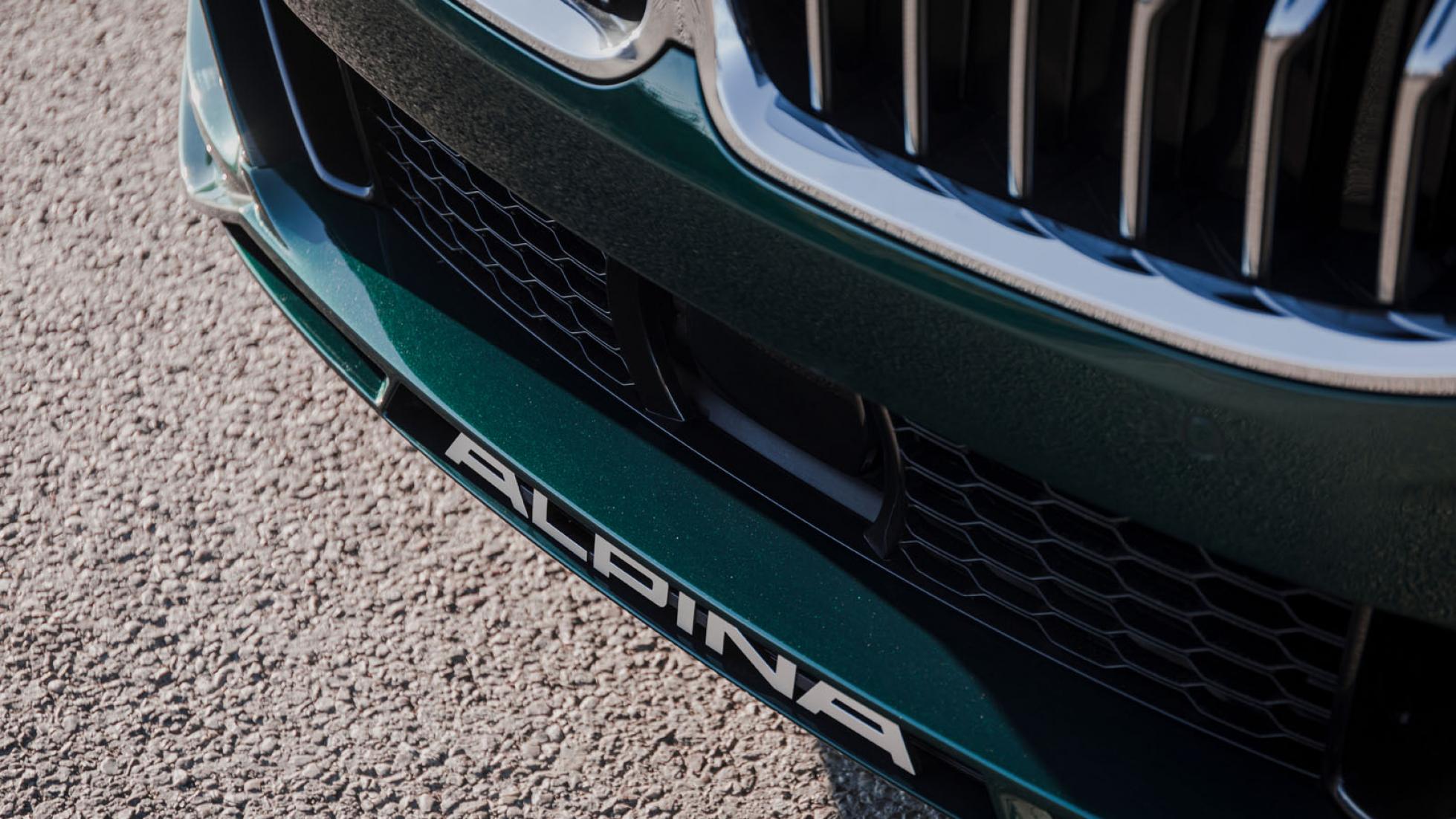 Meanwhile the suspension has been beefed-up with Eibach springs and much besides, the brakes are by Brembo, the xDrive all-wheel drive system has been augmented with a limited-slip differential and Alpina has wrapped special Pirelli tyres around its classic 20-spoke alloys (here 21-inches in diameter).

Interestingly the B8 also gets rear-wheel steering – something the M8 does without.

With the exception of big ‘ALPINA’ lettering up front, the B8 is a subtle thing.

The front bumper has bigger cut-outs for better cooling, while out back there’s a little lip spoiler and quad exhausts. Inside is per the standard car, but trimmed in special leathers and with a load of normally optional equipment thrown in gratis.

The B8 is in the same ballpark as an M8 with a few options. Which one’s your money going on? Fan of engine swaps? This is one we can really get on board with…