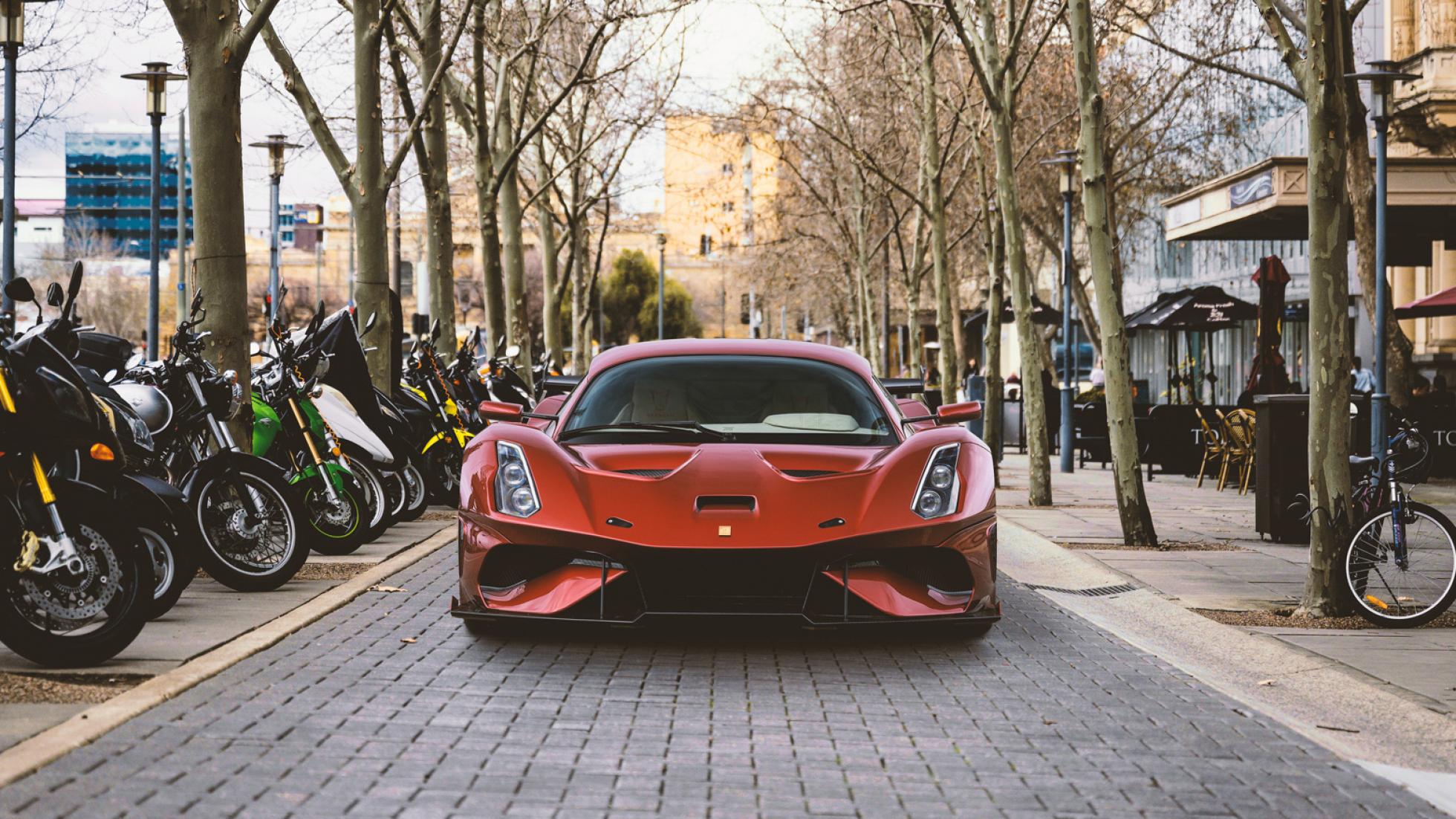 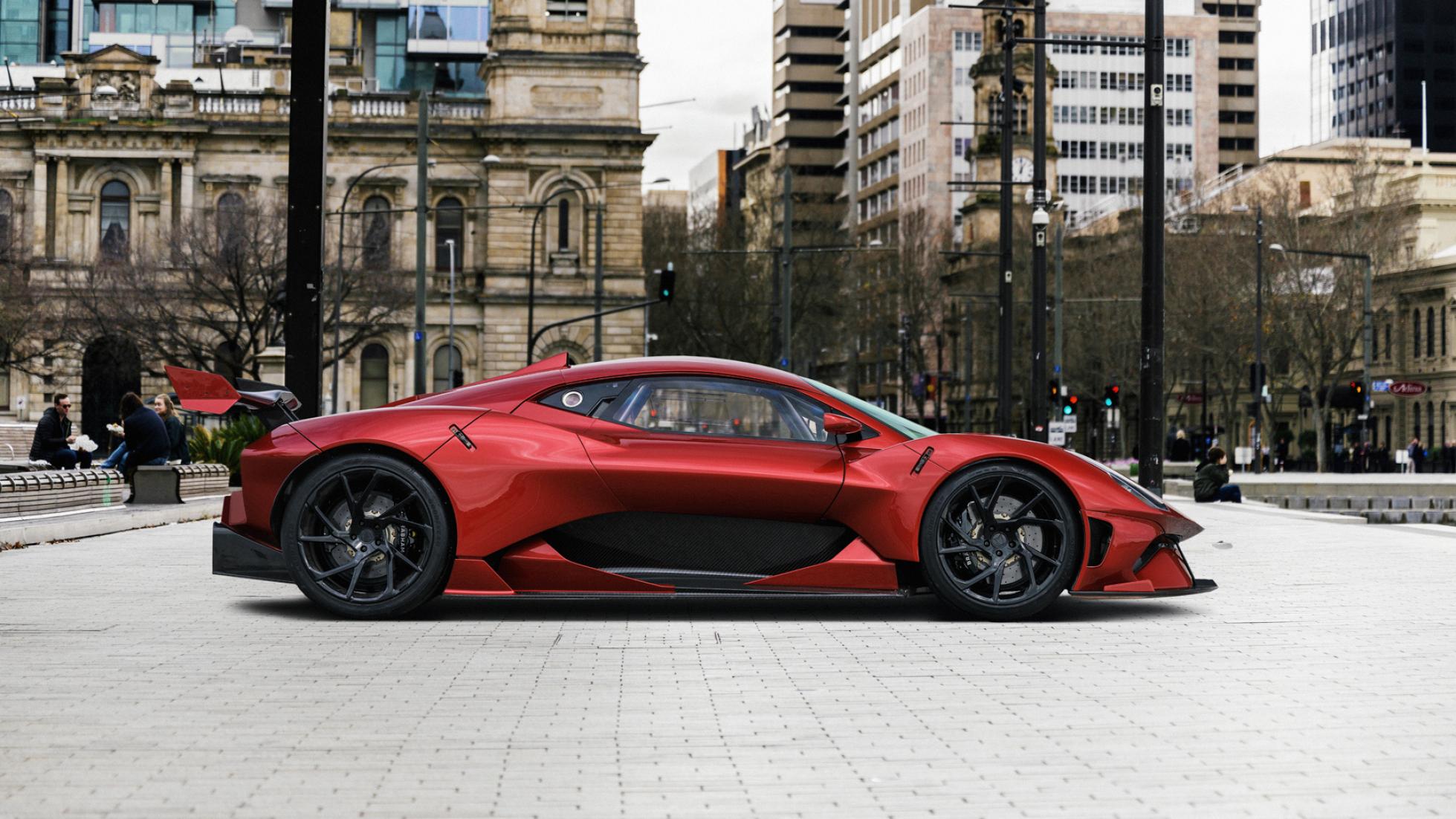 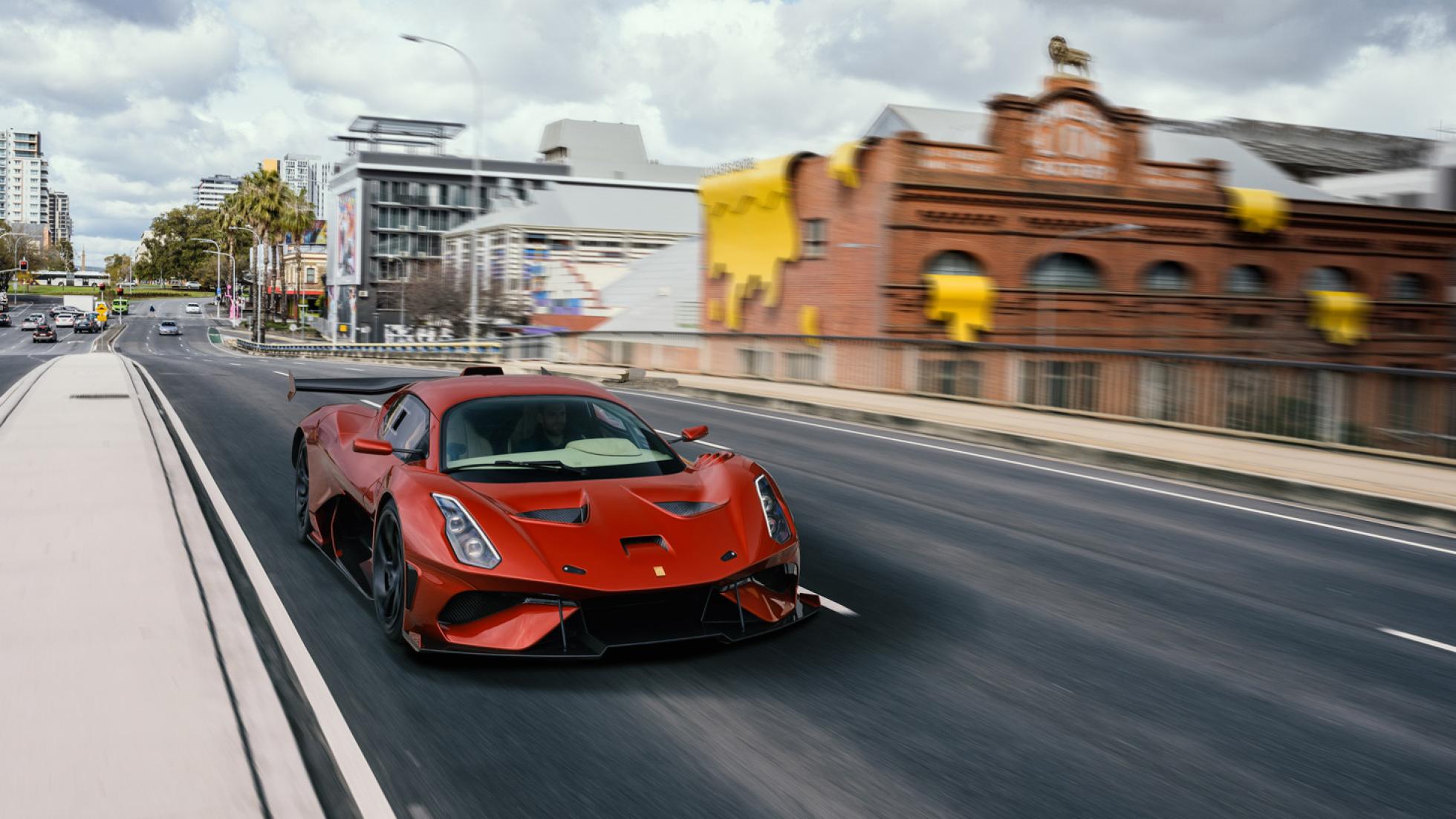 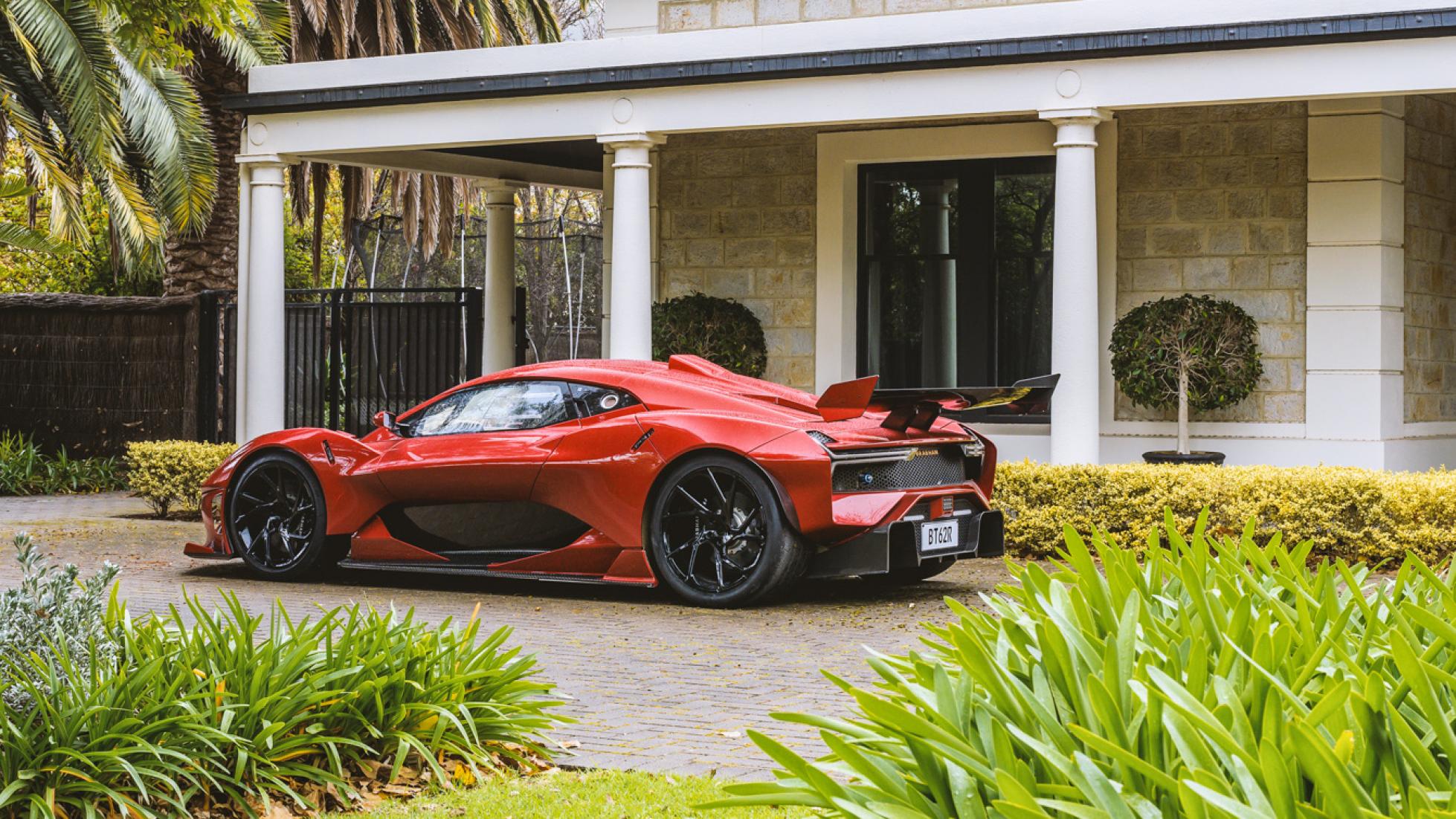 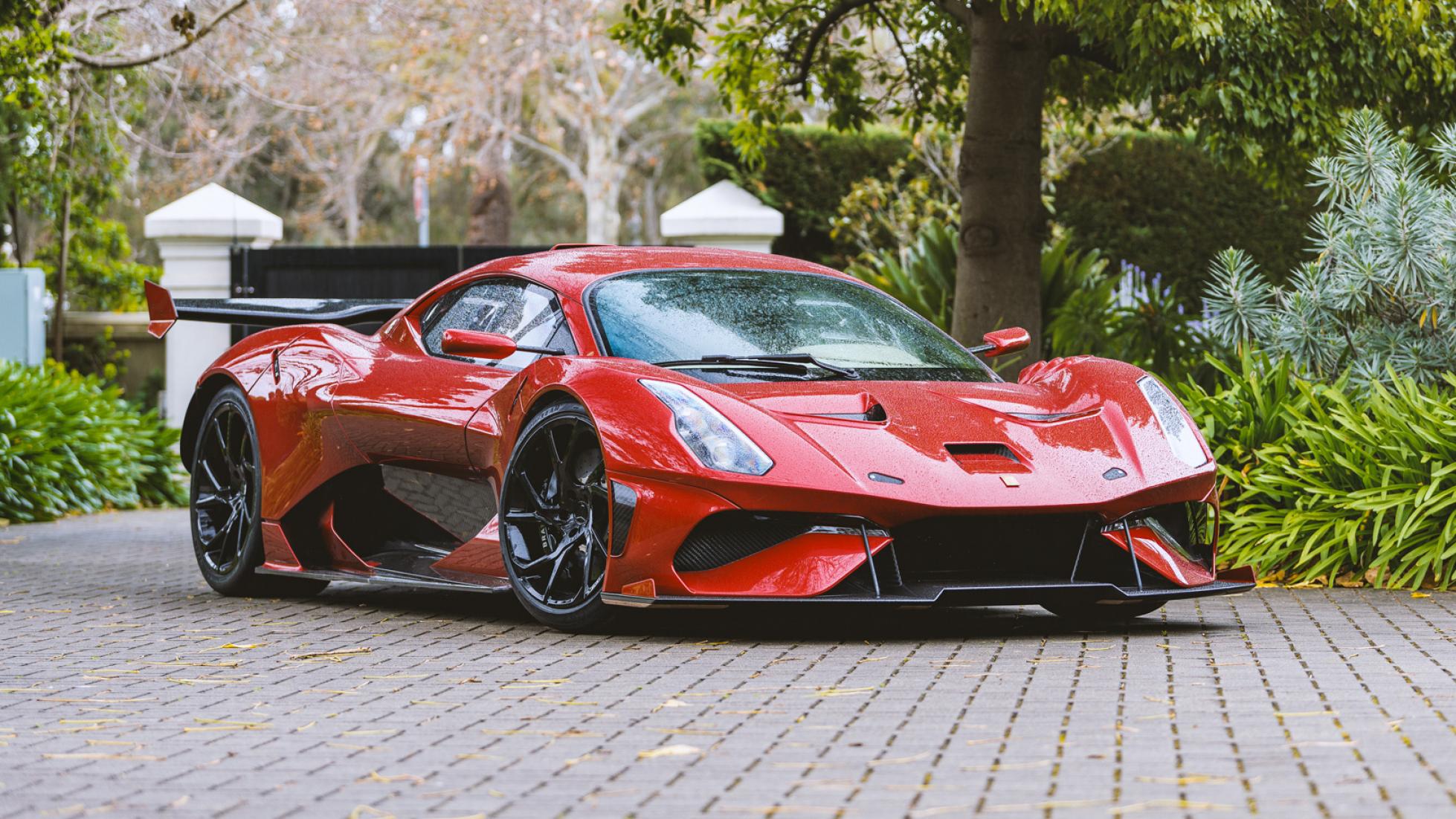 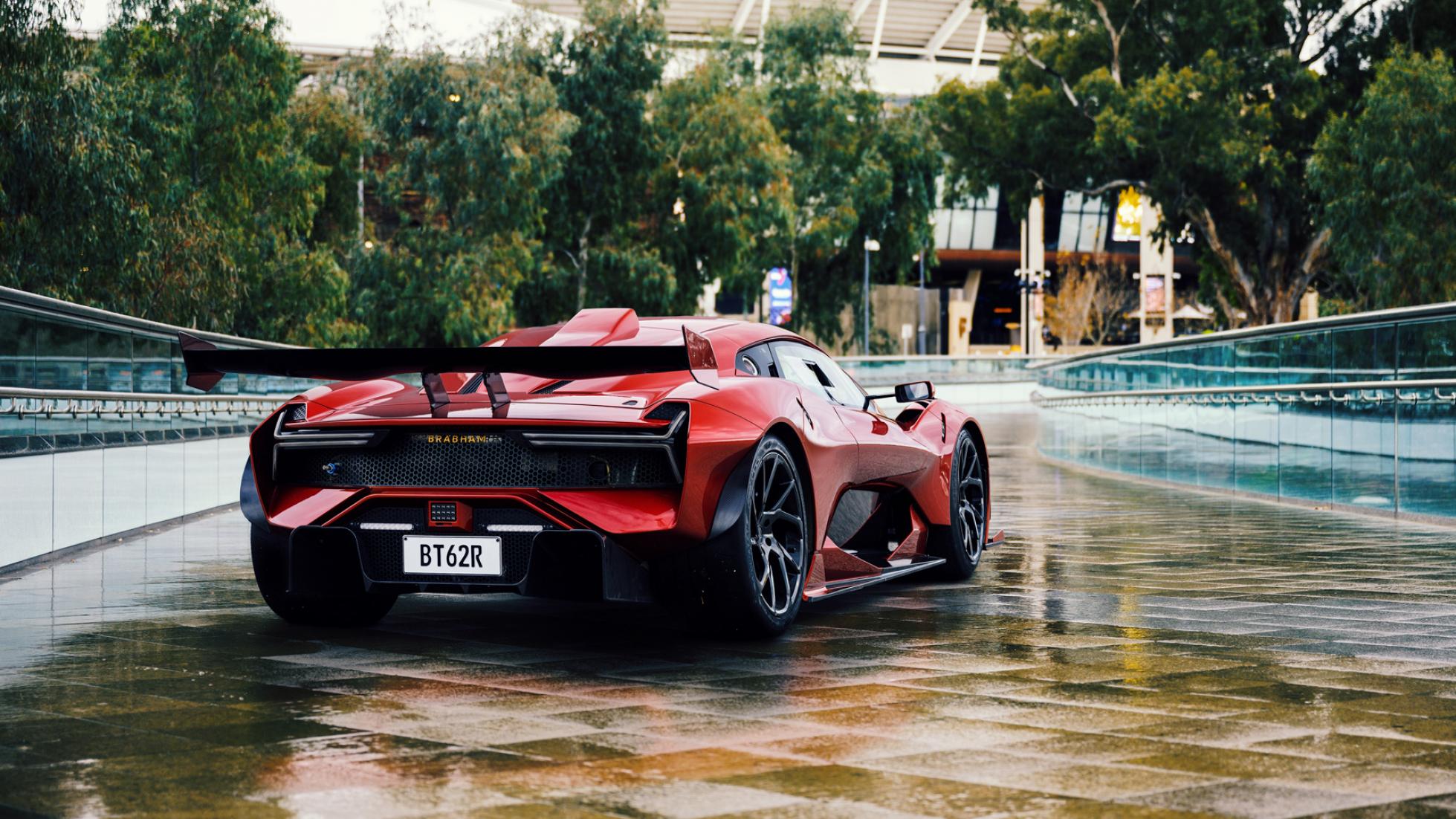 This is the Brabham BT62R, and it’s a bit of a conundrum.

Firstly, it’s Australian, which immediately means British people will assume that it’ll sleep on your couch, take up work in a pub and be on a first-name basis with Crocodile Dundee, because everyone knows everyone down there. This also means it isn’t from northern Italy, which then means it has more than a little to prove to the big fish in the hypercar lago grande. But it more than managed that one, due to the not-inconsequential fact that it’s a pure-bred race car with pace that’ll shame a GT3 car.

The second part of the conundrum is the fact that this is a road-going version of that race car. Which we really thought there was one of already. If, like us, you saw the BT62R and wondered, ‘Hey, wasn’t there a BT62 that was already road-legal?’ Yes, there was. Allow us to explain a bit.

The original plan for the BT62 was to create a track-only hypercar that would deliver the sort of experience usually reserved for actual race cars. Because (quelle surprise), it was a fully-fledged race car, designed, engineered and honed for supremely quick and violent assaults on your nearest race track and most vital organs.

And it’s hard to say that the BT62 didn’t deliver on that, sporting a 710hp V8, full FIA-spec… well, everything and 1,200kg of downforce. It also costs a cool mil, before tax (or, in the case of the rich, tax avoidance), so it’s fair to say that no part of the BT62 equation is anything less than serious.

Which is, of course, why a big chunk of BT62 buyers decided that what they really wanted from their weapons-grade slice of track-only fury was the ability to drive it to the nearest posh hotel and park out the front. Because that’s a great use of its talents.

Unlike us – and, we must say, rather cleverly – Brabham didn’t immediately pour scorn on its client base and insist that the car, designed from the outset to race, should probably be used for its intended purpose. Instead, it figured out how to make the BT62 road-legal and pocketed another £150,000 for the conversion.

But that converted BT62 was still, at its heart, a track weapon, as focused as a radio telescope and about as useful as a road-going car. And this is where the BT62R comes in.

It’s road-legal from the factory, of course, and able to be road-registered “in selected markets”, but there’s more to it than that. And looking through the list of creature comforts in the 62R really does show up just how focused the original car was.

Brabham now offers air-conditioning, comfy seats, some insulation, an exhaust that doesn’t deafen nearby wildlife and even an optional stereo. Well, what did you expect? It’s an FIA-compliant race car, you heathens. CarPlay wasn’t in the list of Brabham’s ‘must haves’. 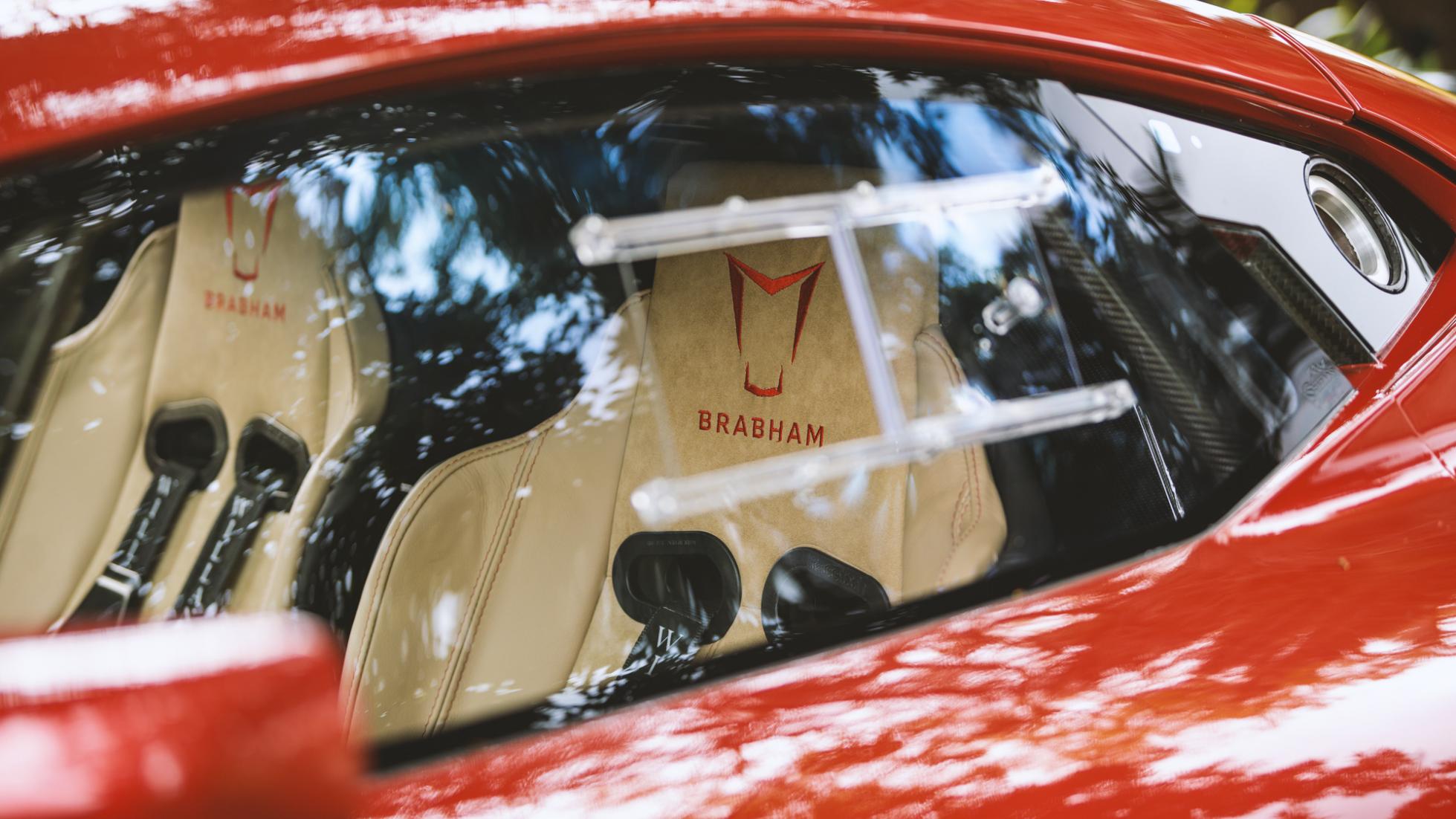 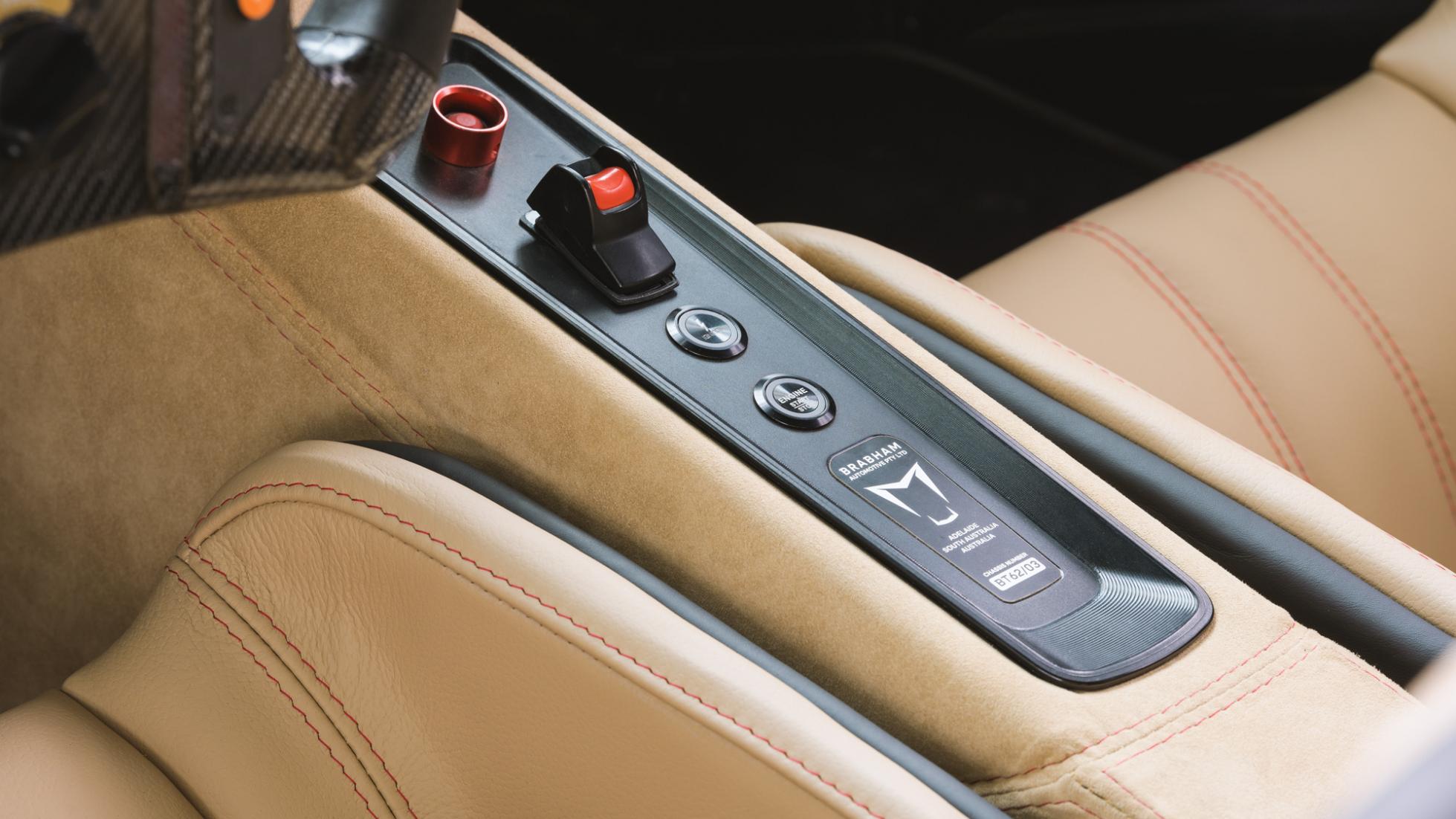 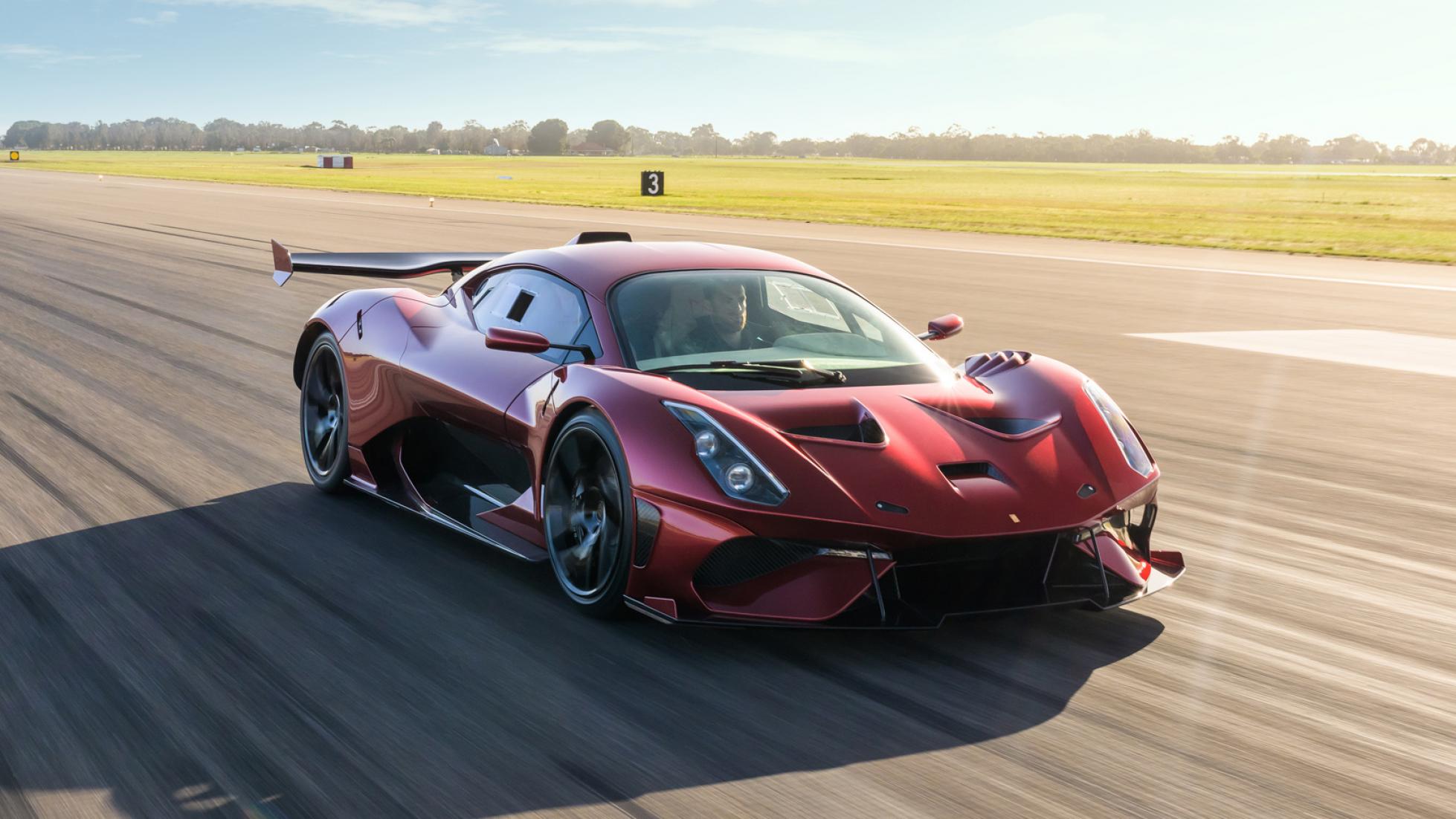 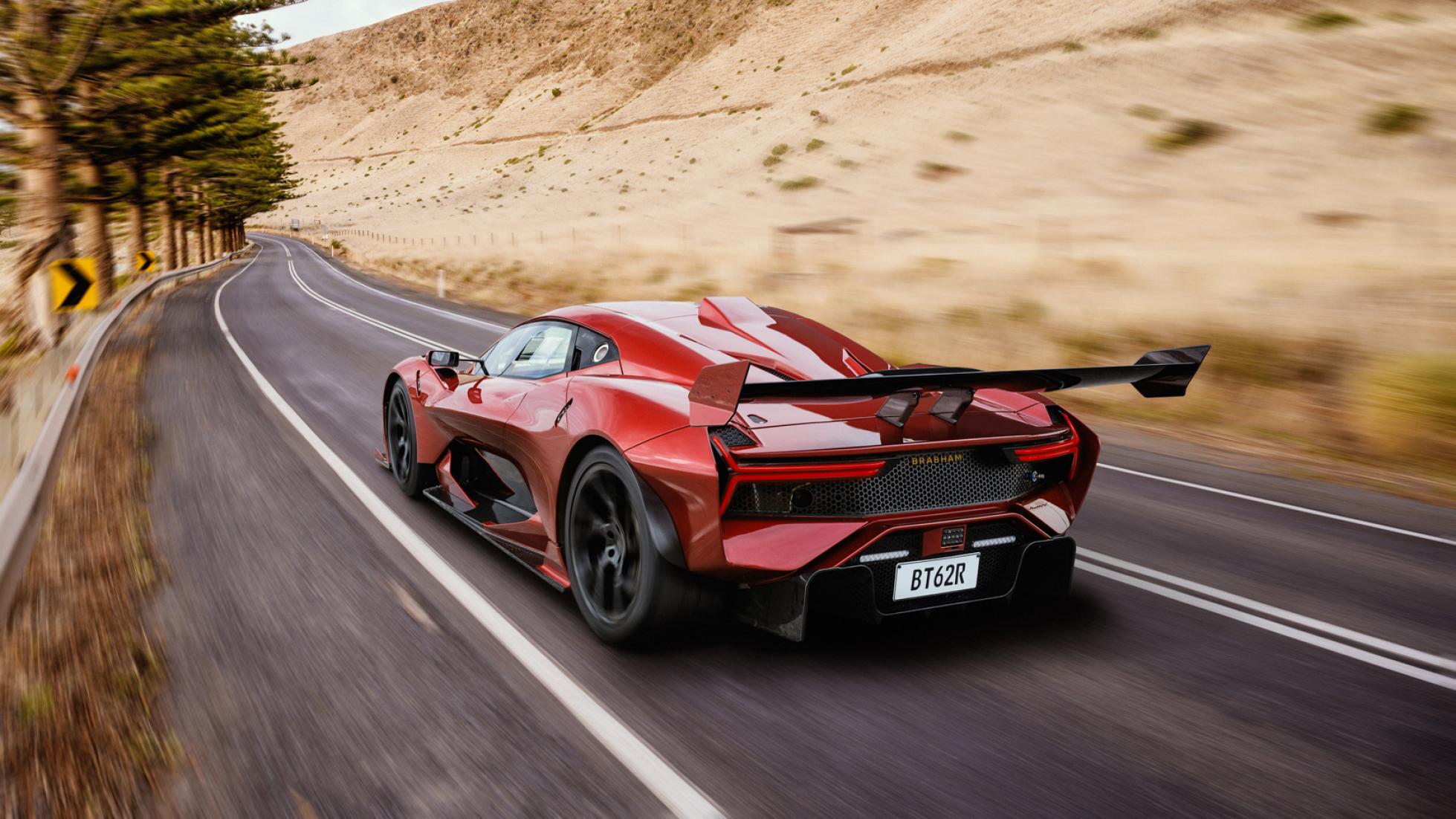 Bits that fall foul of road regulations, or just won’t agree with driving on anything that isn’t as smooth as a marble tabletop, have been swapped out. Road-legal Goodyear Eagle F1s replace slick tyres, and a new front splitter and rear diffuser “accommodate road use and maintain track aero”, according to Brabham.

The six-speed sequential gearbox has new ratios better suited to road use, and, as Brabham points out, can still deliver full-power clutchless shifts on track. Those ever-generous Australians have included a clutch pedal all the same, in case you’re one of the select group of utter nutters who want to take to the streets in a bona fide race car. Just for clarity, that includes us, even though we know it’s one of those ideas which is both truly terrible and amazing at the same time.

But the perhaps the biggest and most useful concession to actually using the BT62R on the road is the inbuilt lift kit that lowers or raises the ride height anywhere from 70 to 130mm at the touch of a button.

And let’s just say now that a certain part of our brain snapped to attention at that, and started considering the promise and possibilities of a Lambo Sterrato-esque off-road BT62. But let’s get back to reality, shall we? All £1m and 710hp of it. Yeah, good old reality.

And now that we’re back here, let’s immediately untether ourselves from reality again to discuss the Celebration Series. Limited to 35 – one for each Formula 1 victory by a Brabham – it yields a bespoke carbon interior that Brabham says is “unique to each vehicle”, because things weren’t exclusive enough already.

Whether the unique interior means a choice of carbon weaves, dial layouts or airbrushing your favourite Firefly character on the firewall is still something of a mystery to us. Also, we’re not sure how anyone could choose between Mal or Wash anyways.

Outside, there’s a choice of liveries – one from each winning Brabham F1 car – that’s exclusive to each car and, once claimed by one buyer, is off limits to the rest. Which is sure to give some owners the warm fuzzies and others the cold envies, but that’s neither here nor there for proles like us who have to settle for looking at pics and possibly a scale model when Matchbox gets around to it.

Perhaps more useful to Celebration Series owners is the Brabham Track Pack, which yields all the track-only aero from the (you guessed it) track-only cars, and presumably a spanner or two to swap the parts out.

Which then only really leaves one conundrum: which of Brabham’s F1 liveries would you spec for your road-going racer? And no, you can’t all pick Piquet’s BT52…