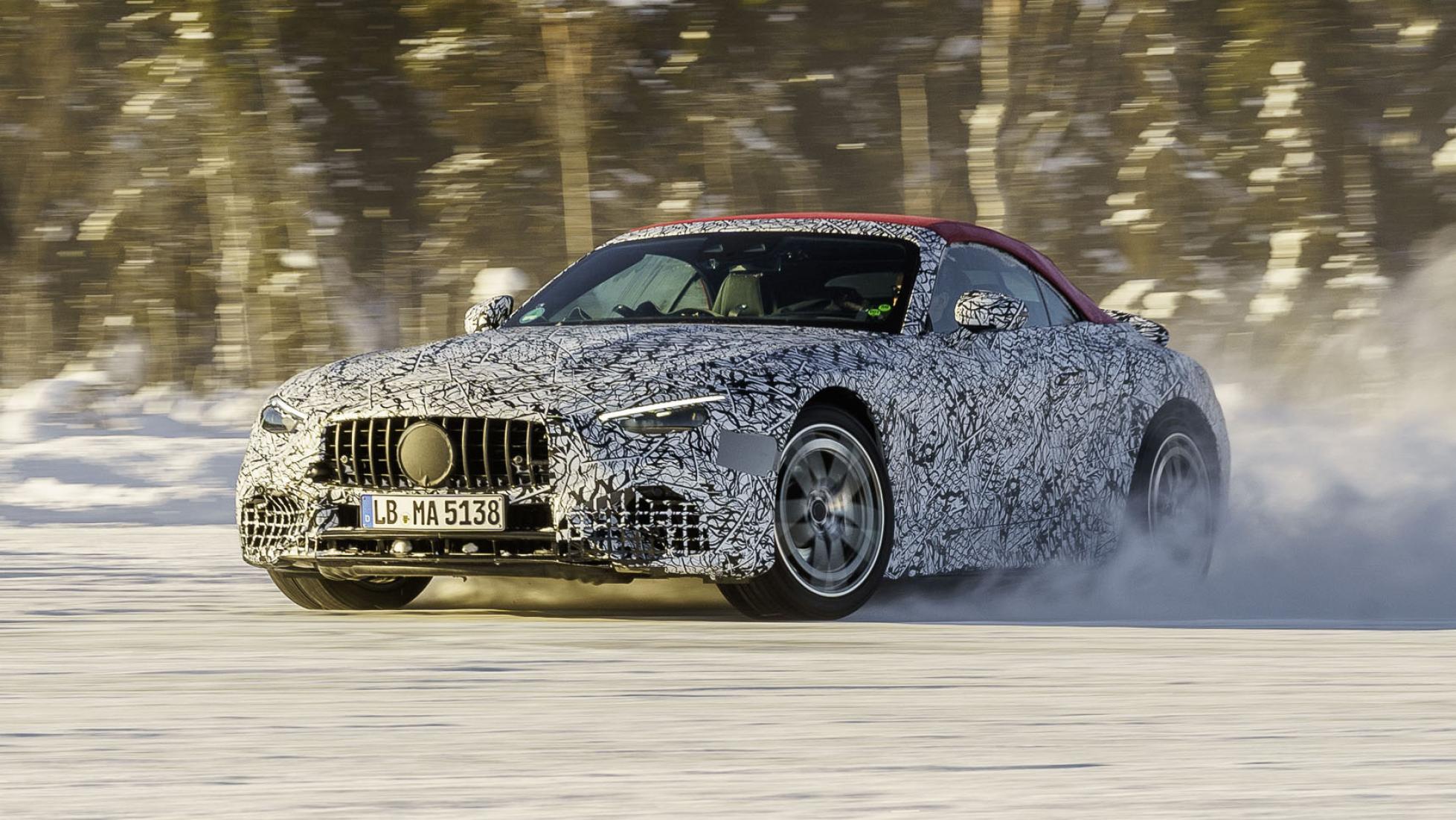 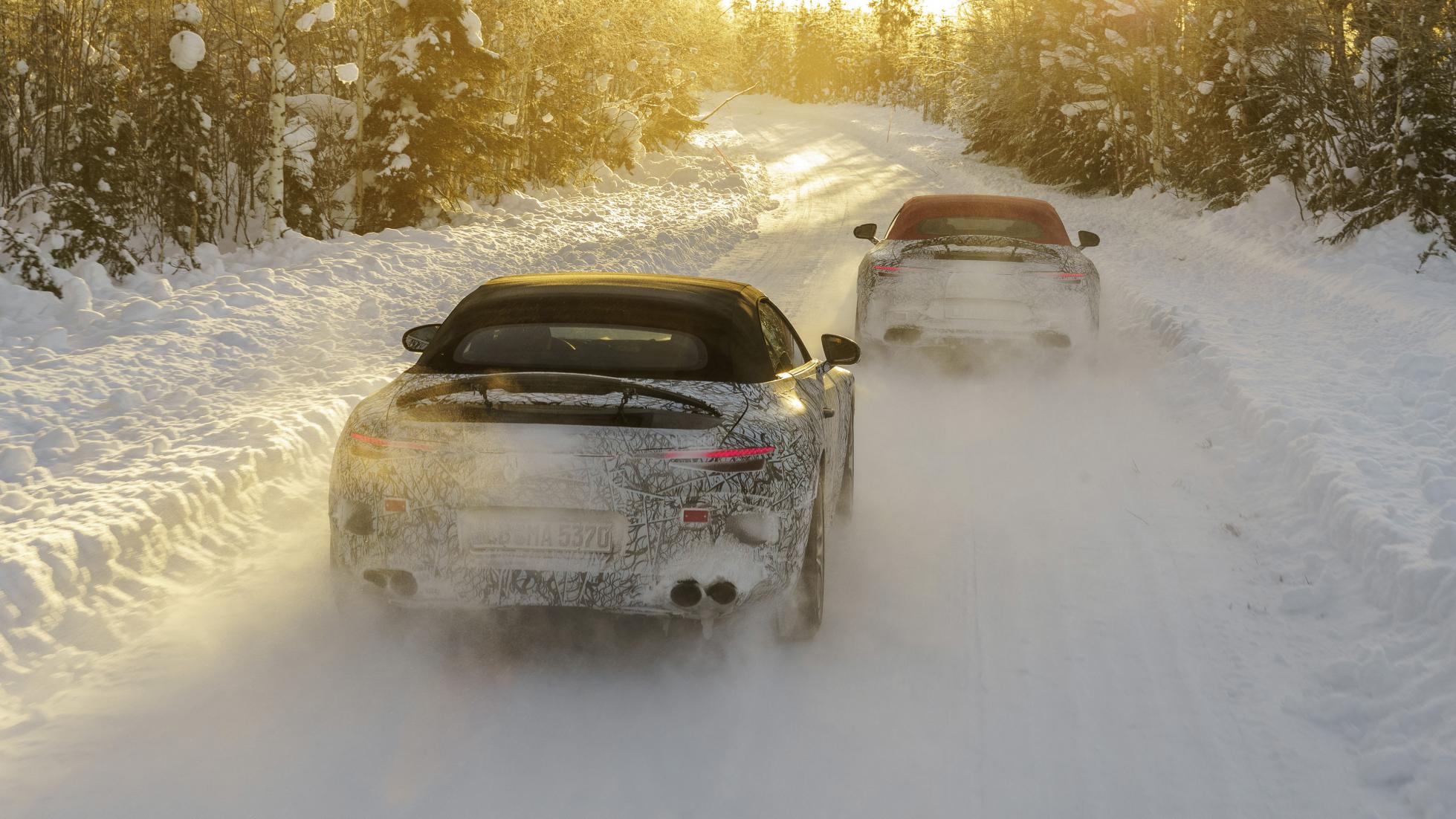 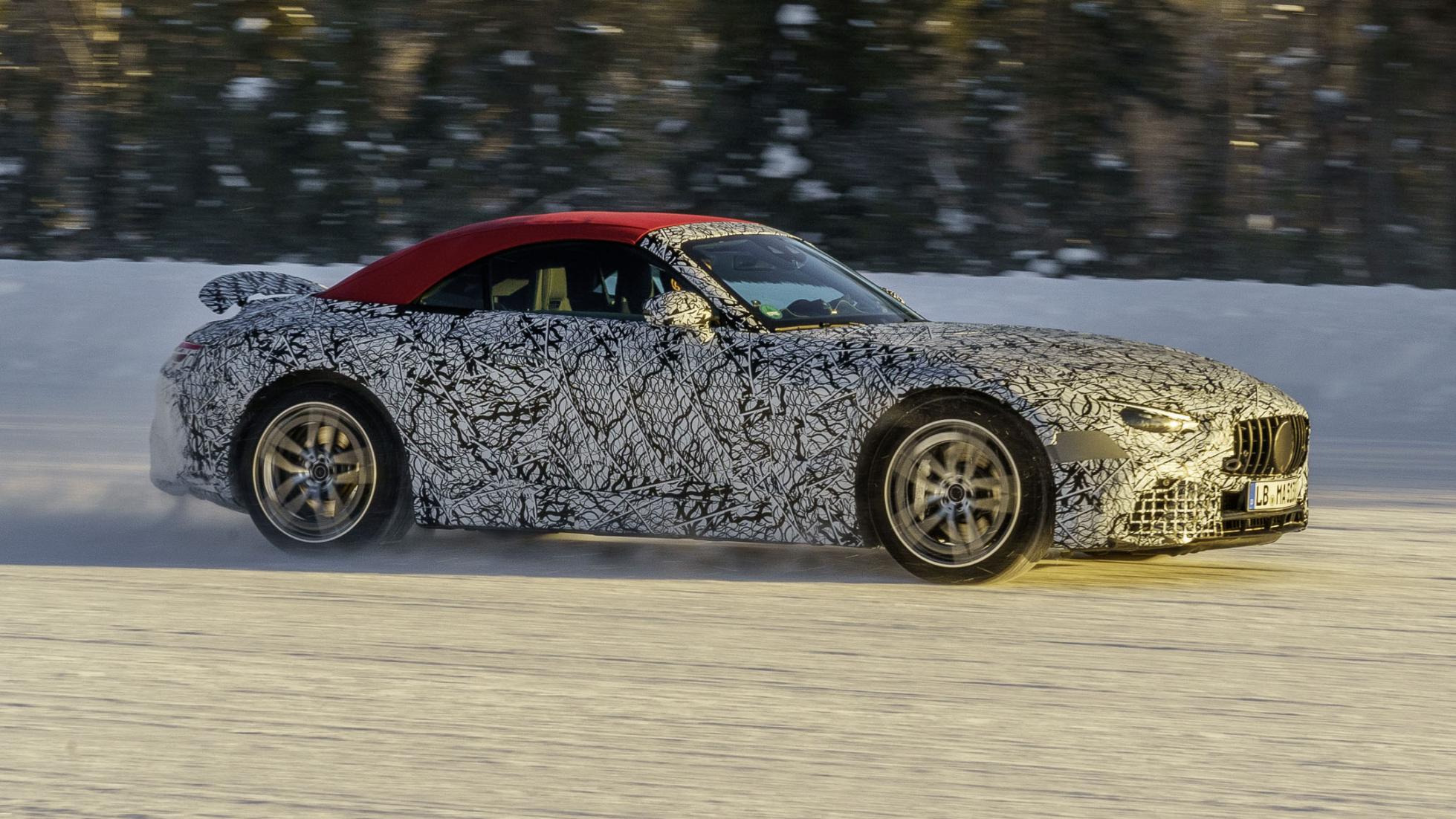 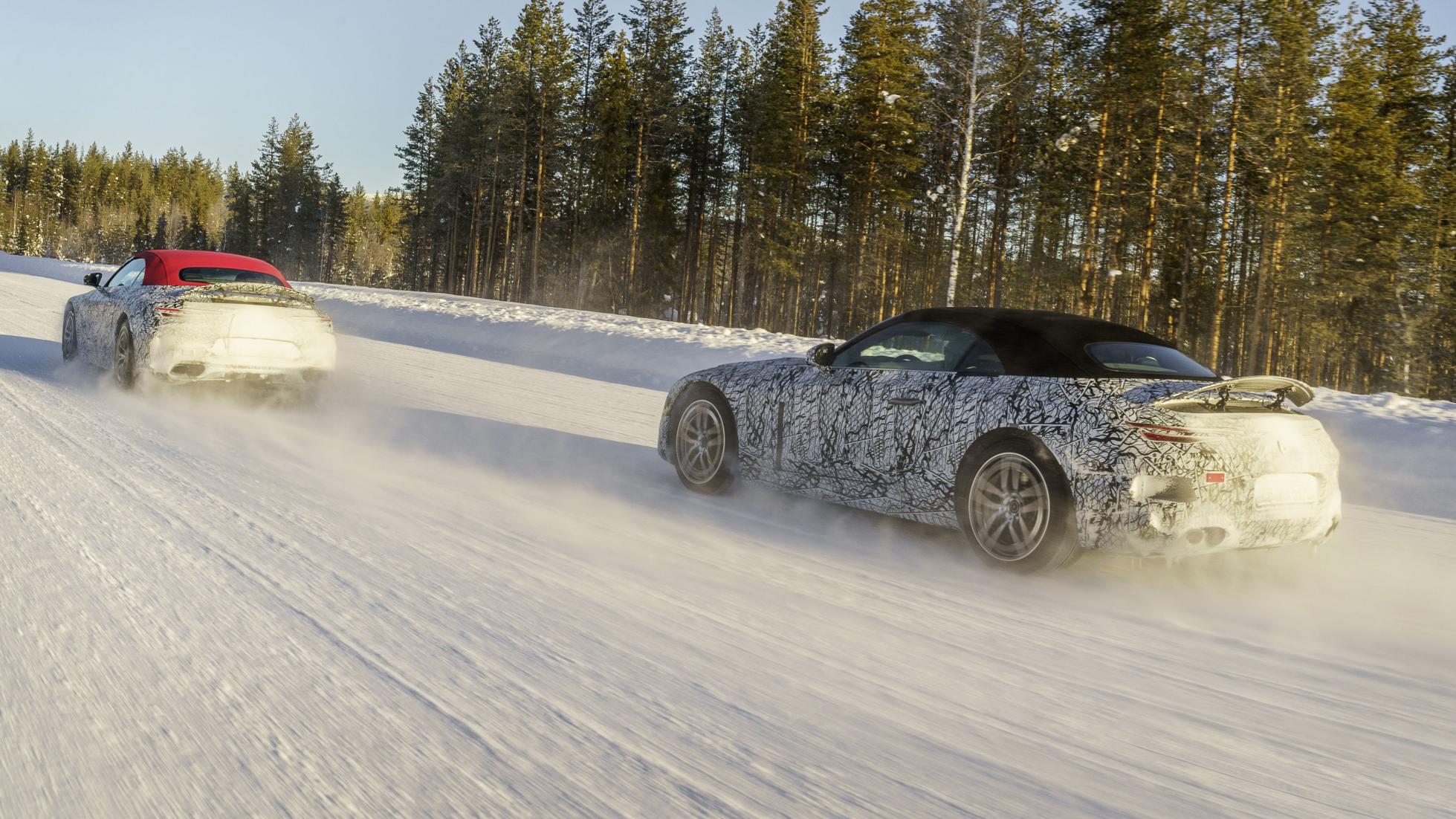 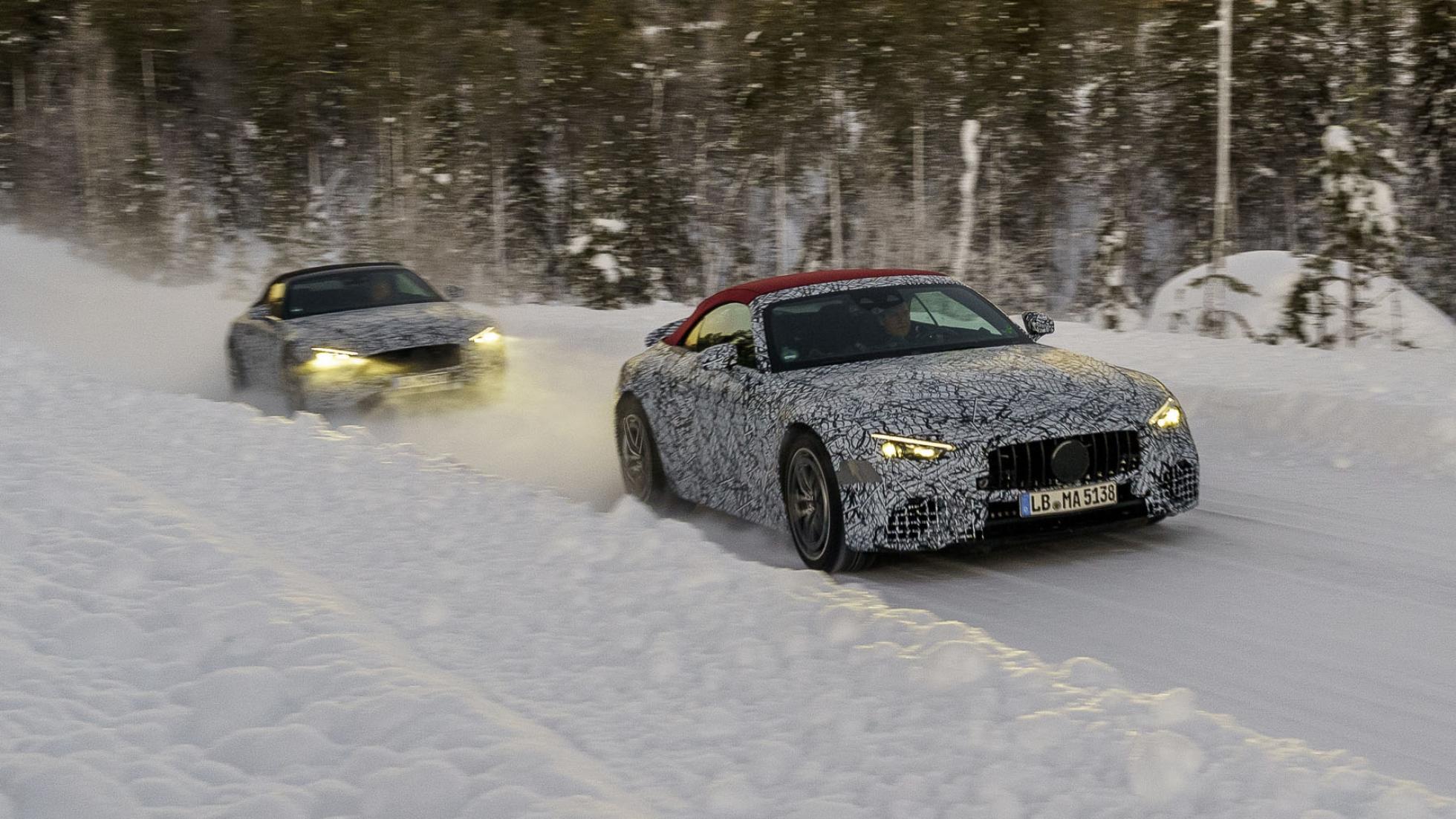 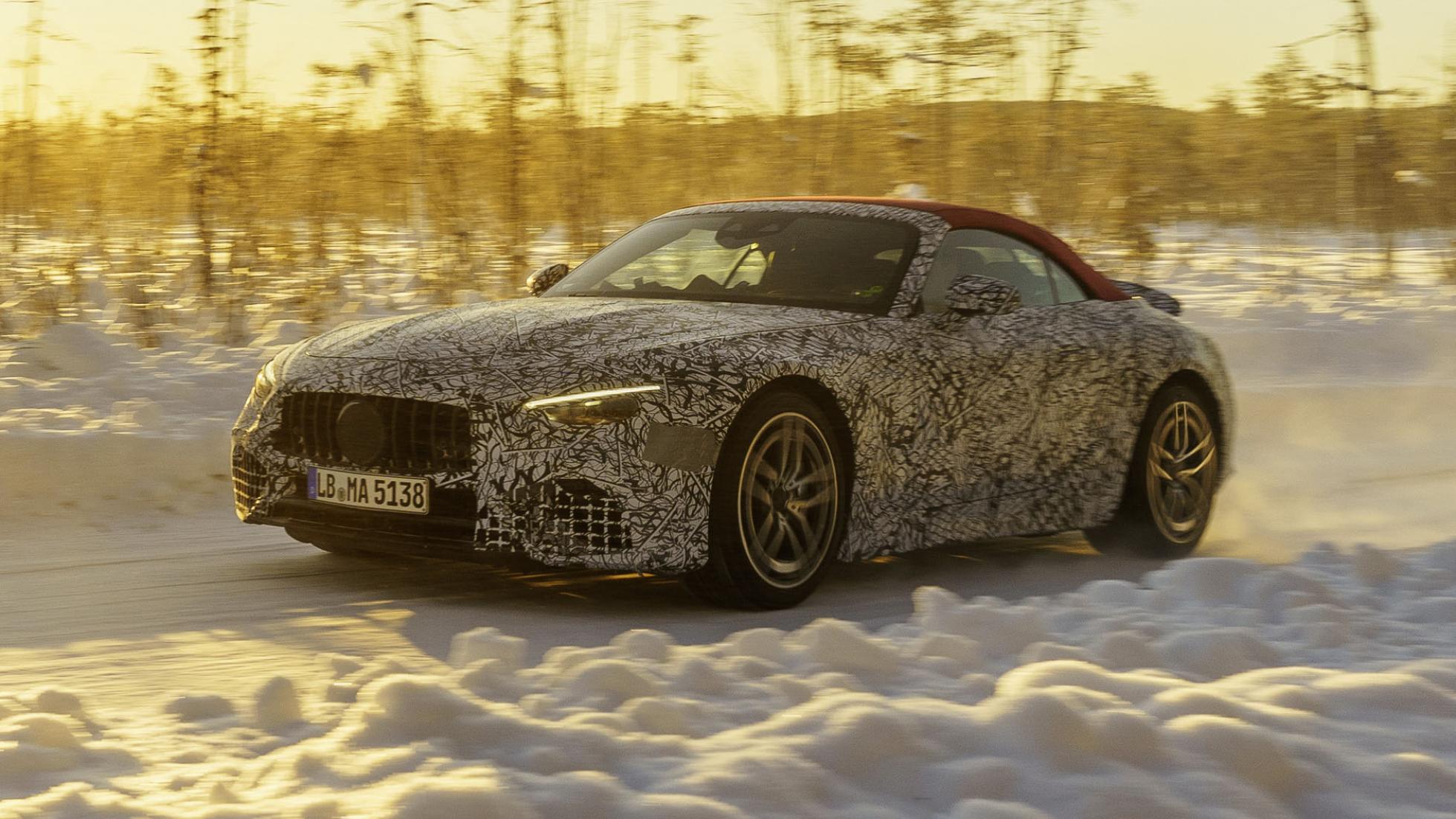 Here’s an interesting nugget to chew on. The upcoming, all-new Mercedes SL will feature four-wheel drive for the first time in its long, illustrious history. Allow us to reintroduce the Mercedes-AMG SL.

AMG – now tasked with building one of the car world’s benchmarks – is fine-tuning the ‘4MATIC+’ 4WD setup in Sweden. Because snow. While Mercedes reminds us the first SL was tested on public road trials on the autobahn back in the Fifties, this one gets its own snowy proving ground to skid about on.

It’ll be abused at the Nürburgring of course – what self-respecting motor car these days can escape that punishment? – in order to ensure “this latest interpretation of the SL draws even more than ever on its sporting roots”.

AMG hasn’t released any other technical info – other than saying the now fabric roof has been redesigned, and must therefore prove its use as A Roof On A Car – so we’ve not got much else to report.

Most likely, it’ll utilise that 4.0-litre bi-turbo AMG V8, include straight-six engine options and electrification, be quite pointy and will be packed to the brim with tech. Including, as we said, 4WD. It’ll be unveiled later this year, but another bit of exciting news we can share is that this Mercedes-AMG SL will definitely skid. Woohoo! 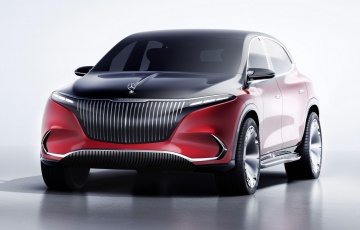 This is the Mercedes-Maybach EQS concept

First ever fully electric Maybach previewed by this chrome-toothed giant 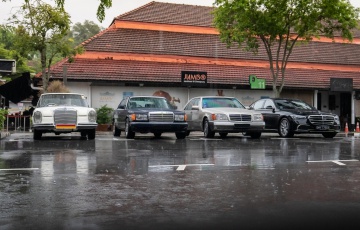 We talk to the owners of the one-owner Mercedes-Benz W126 and W140 S-Class respectively to find out more about the provenance of their cars. 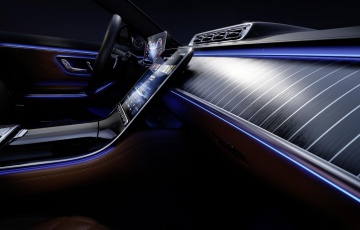 This is the new Mercedes-Benz S-Class’s interior

New S-Class is supposedly comfier than ever. Also, many screens and few buttons 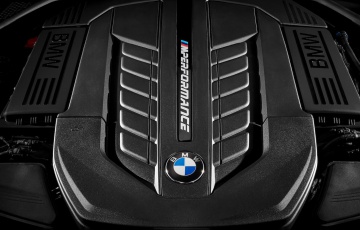