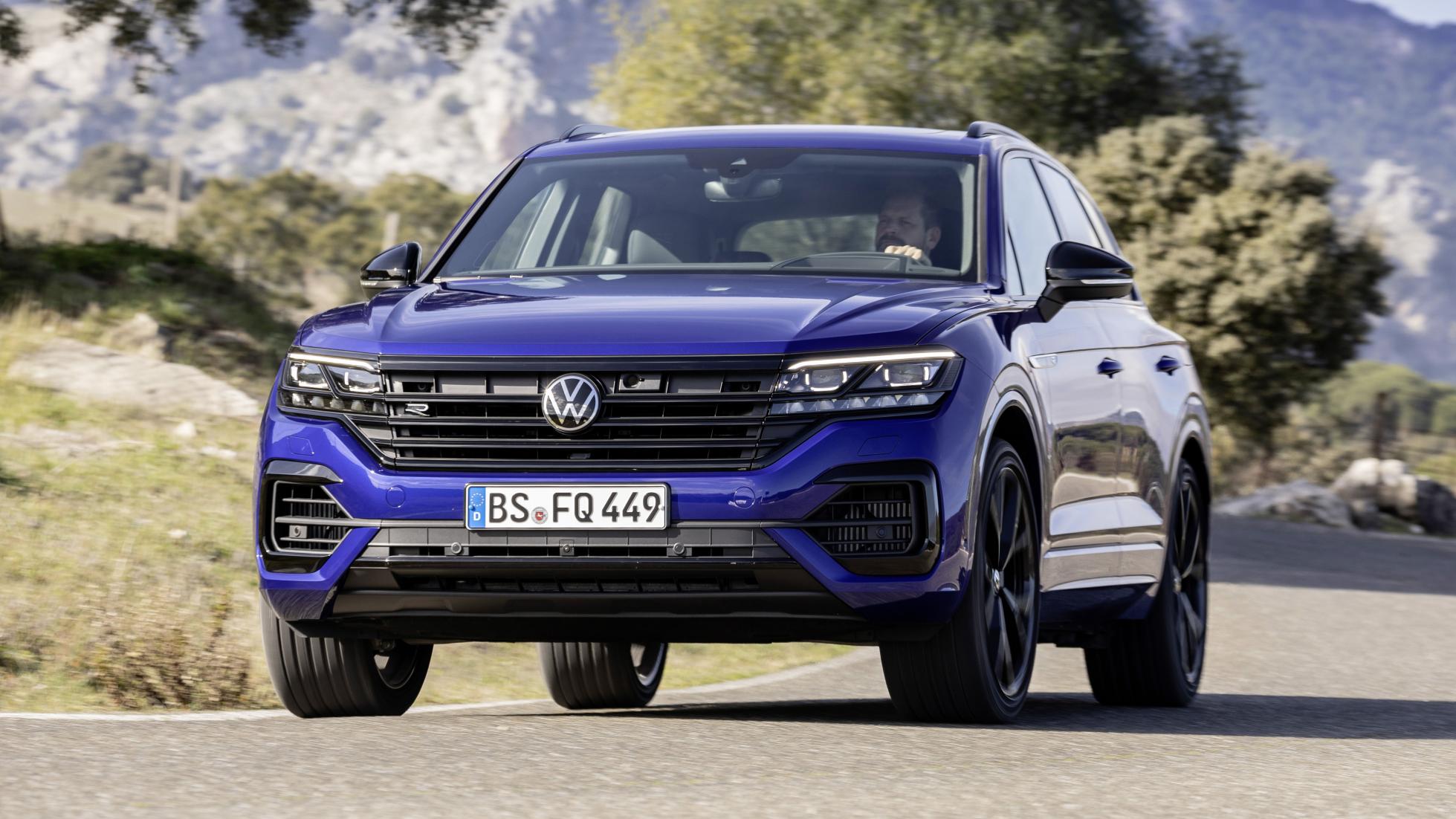 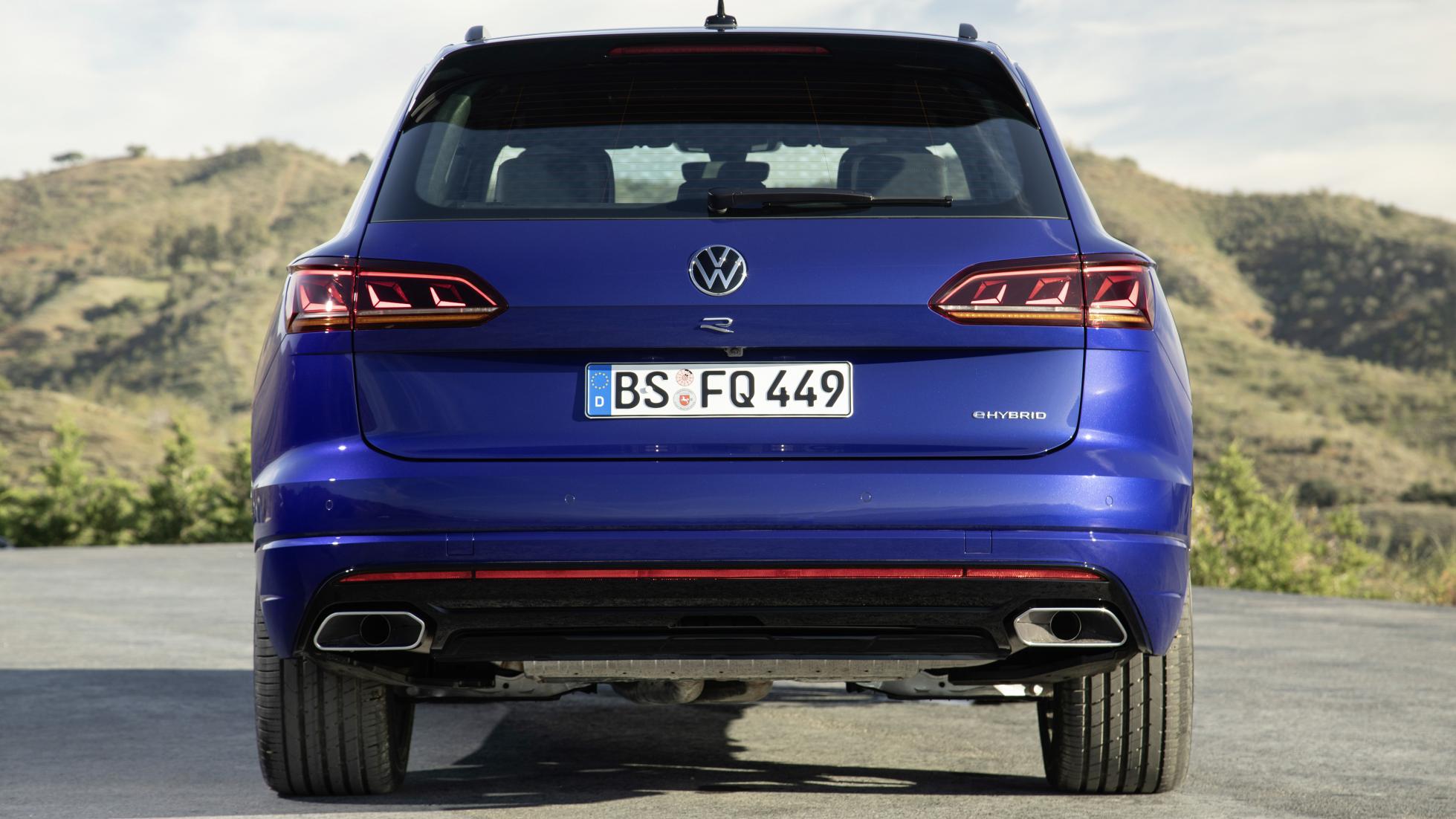 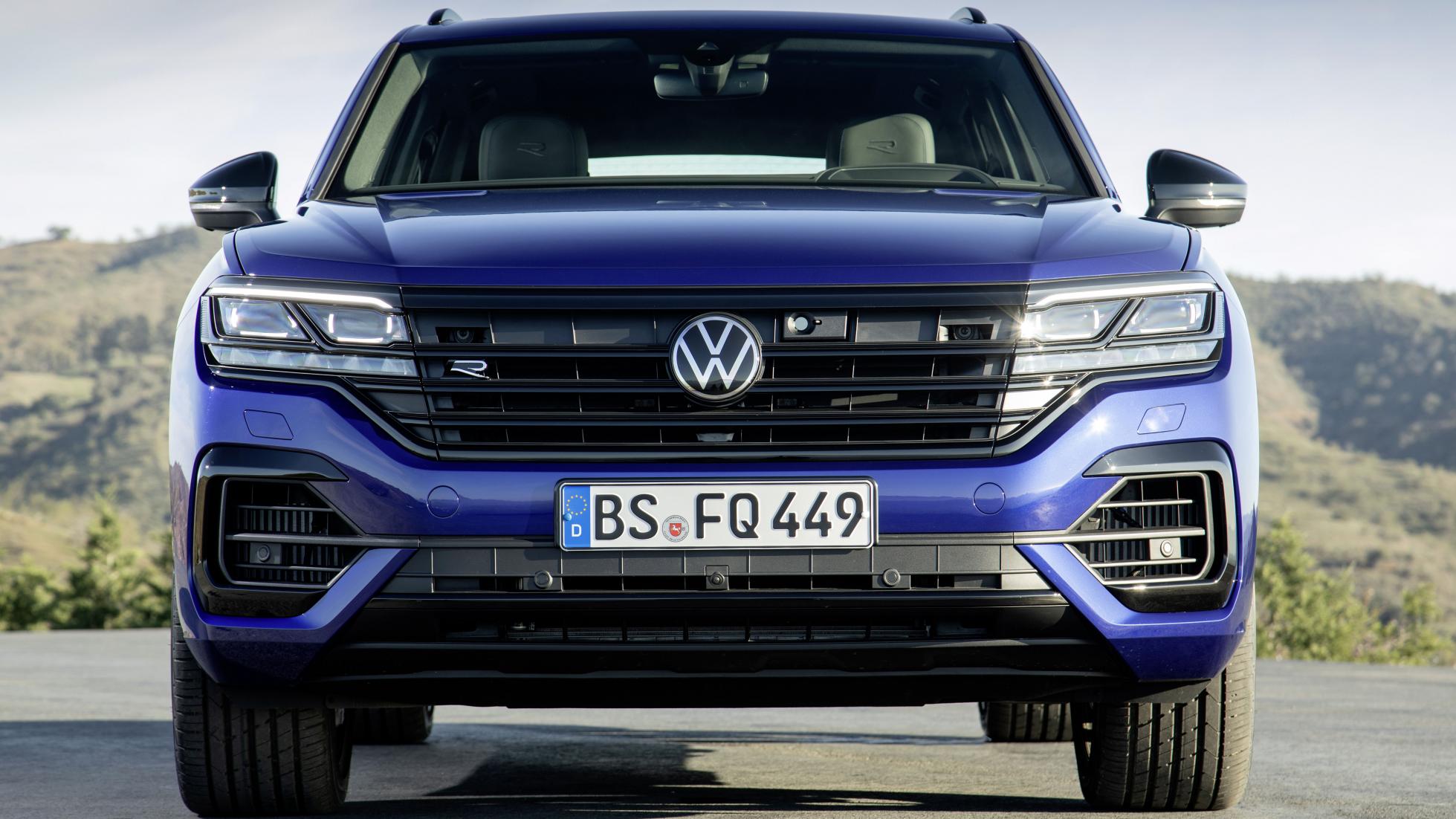 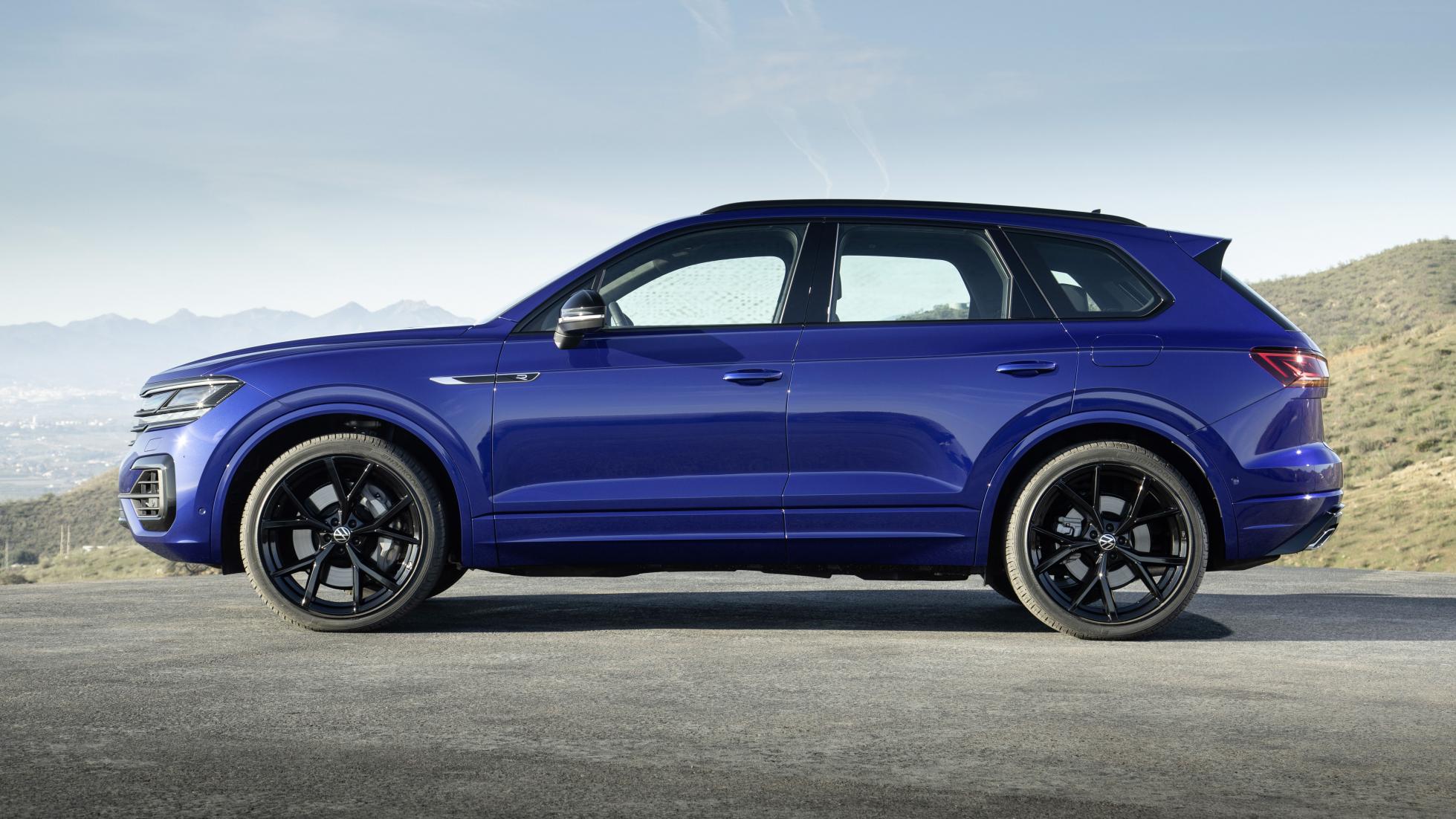 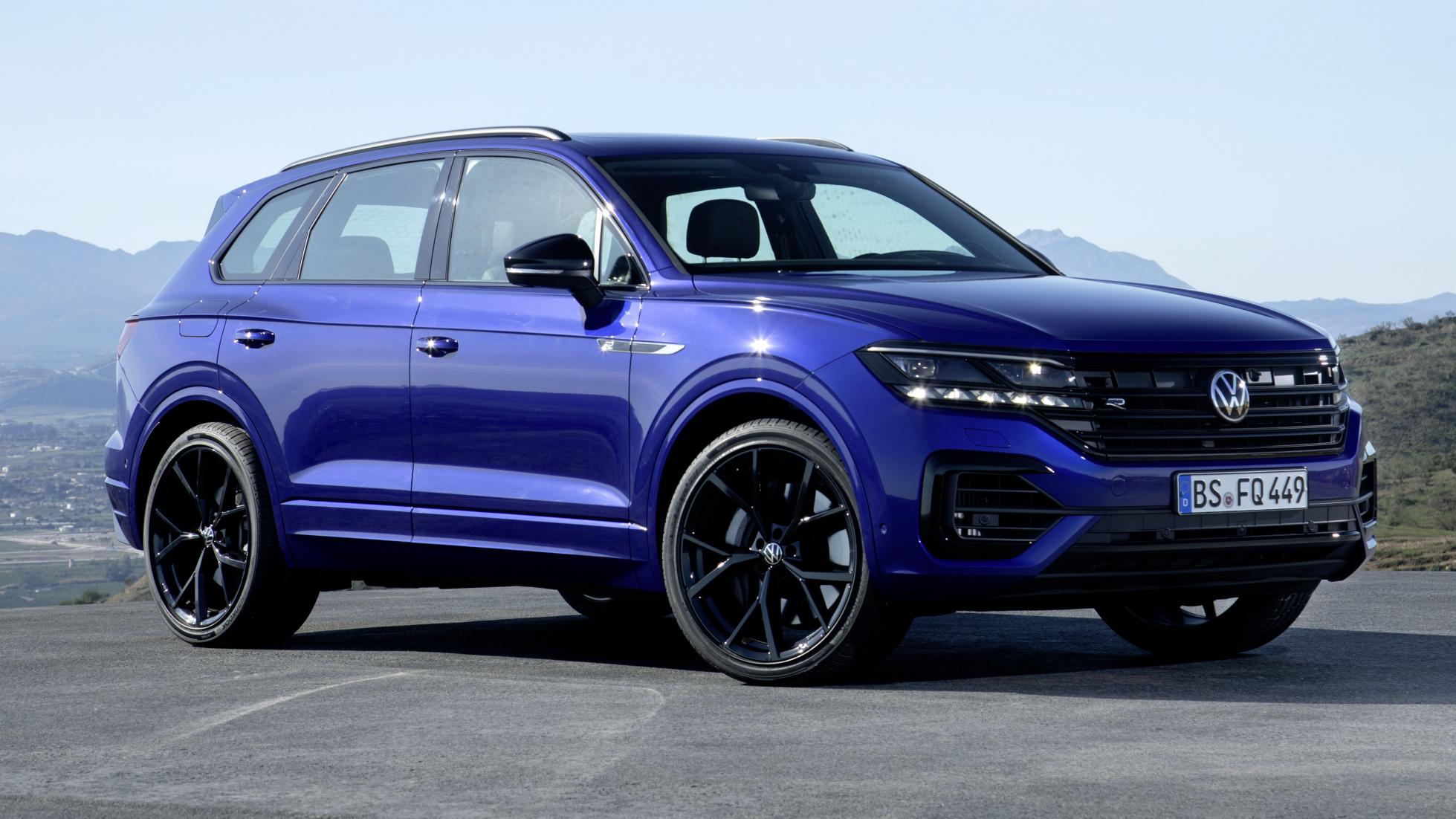 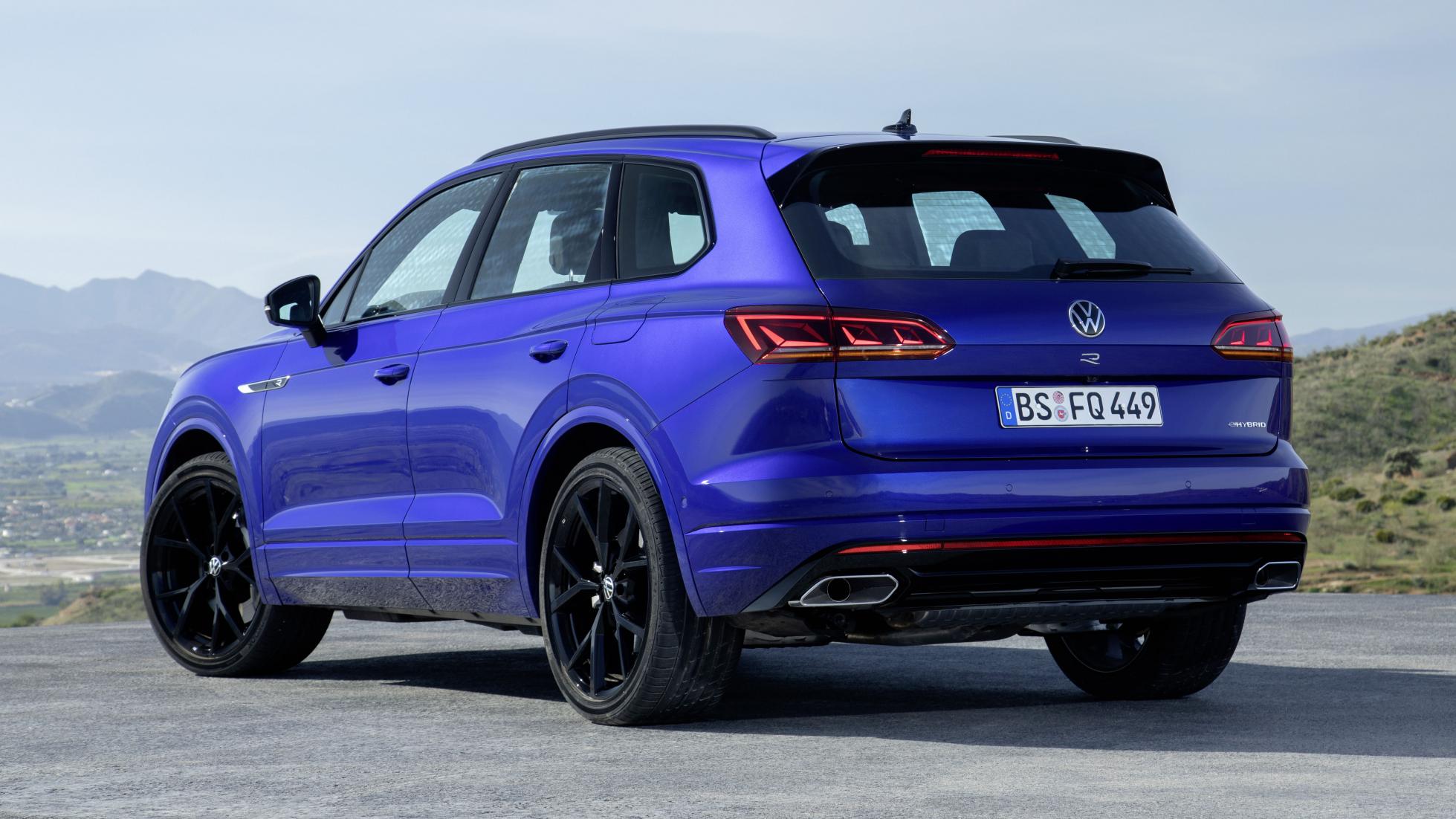 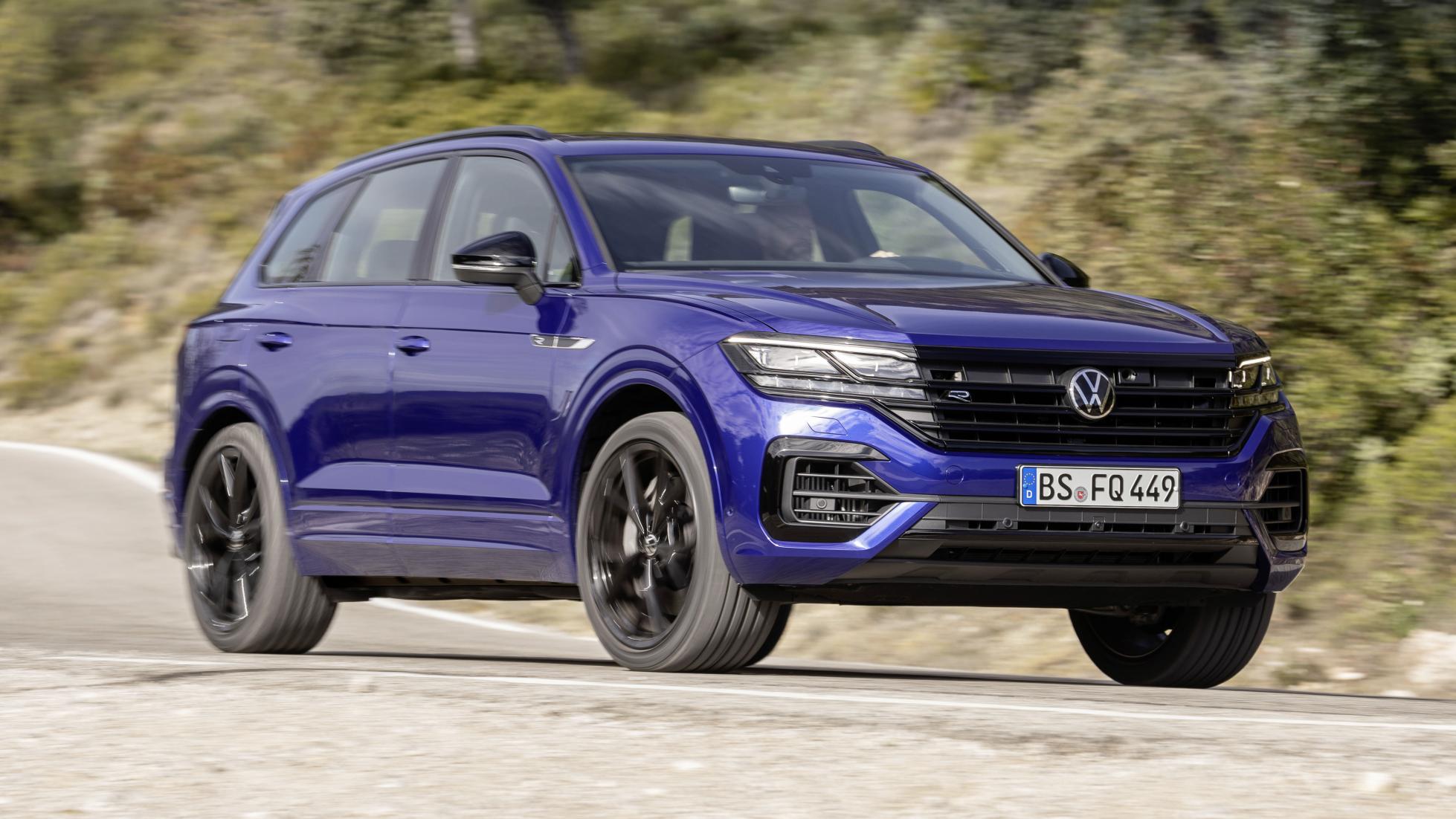 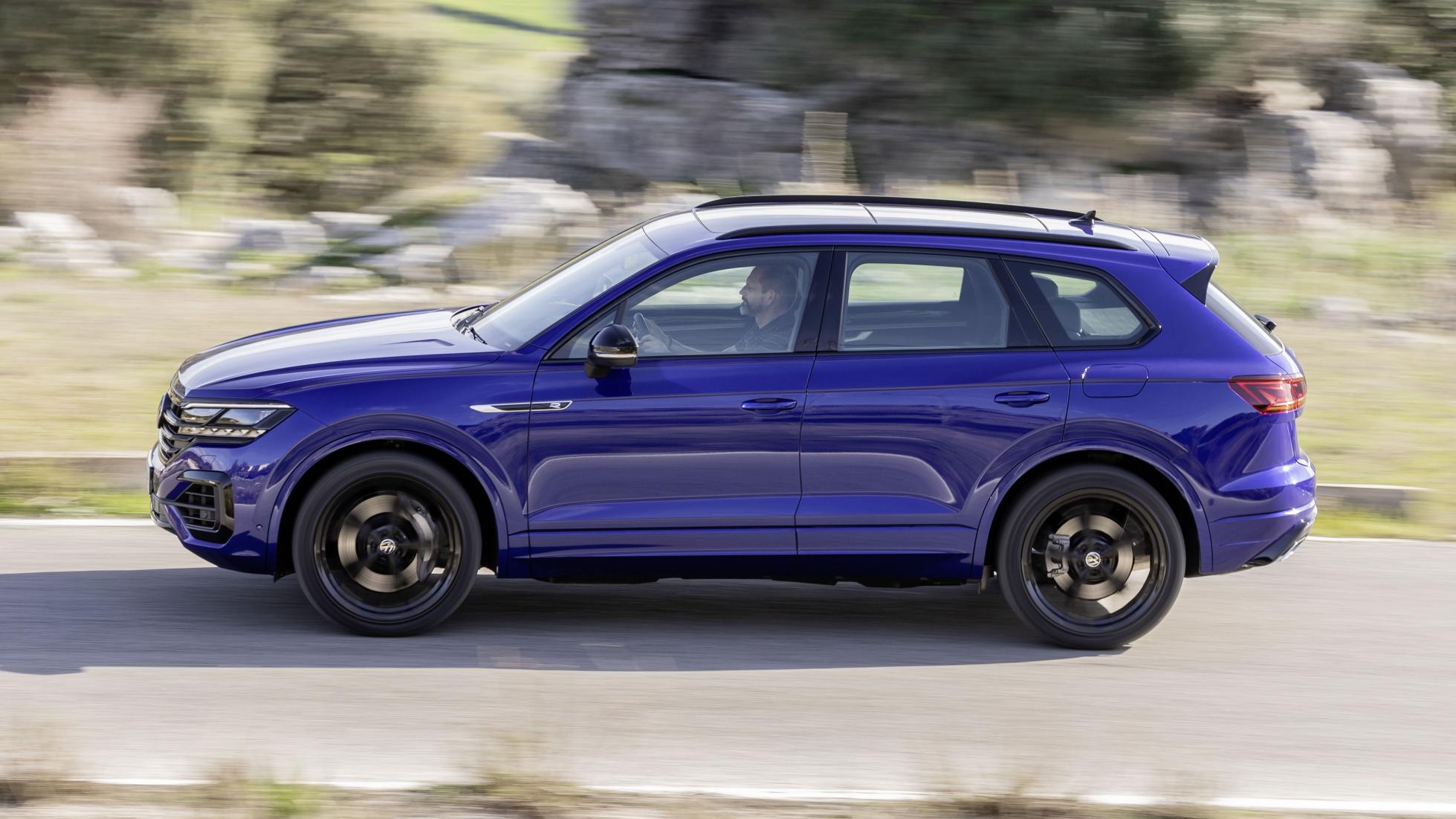 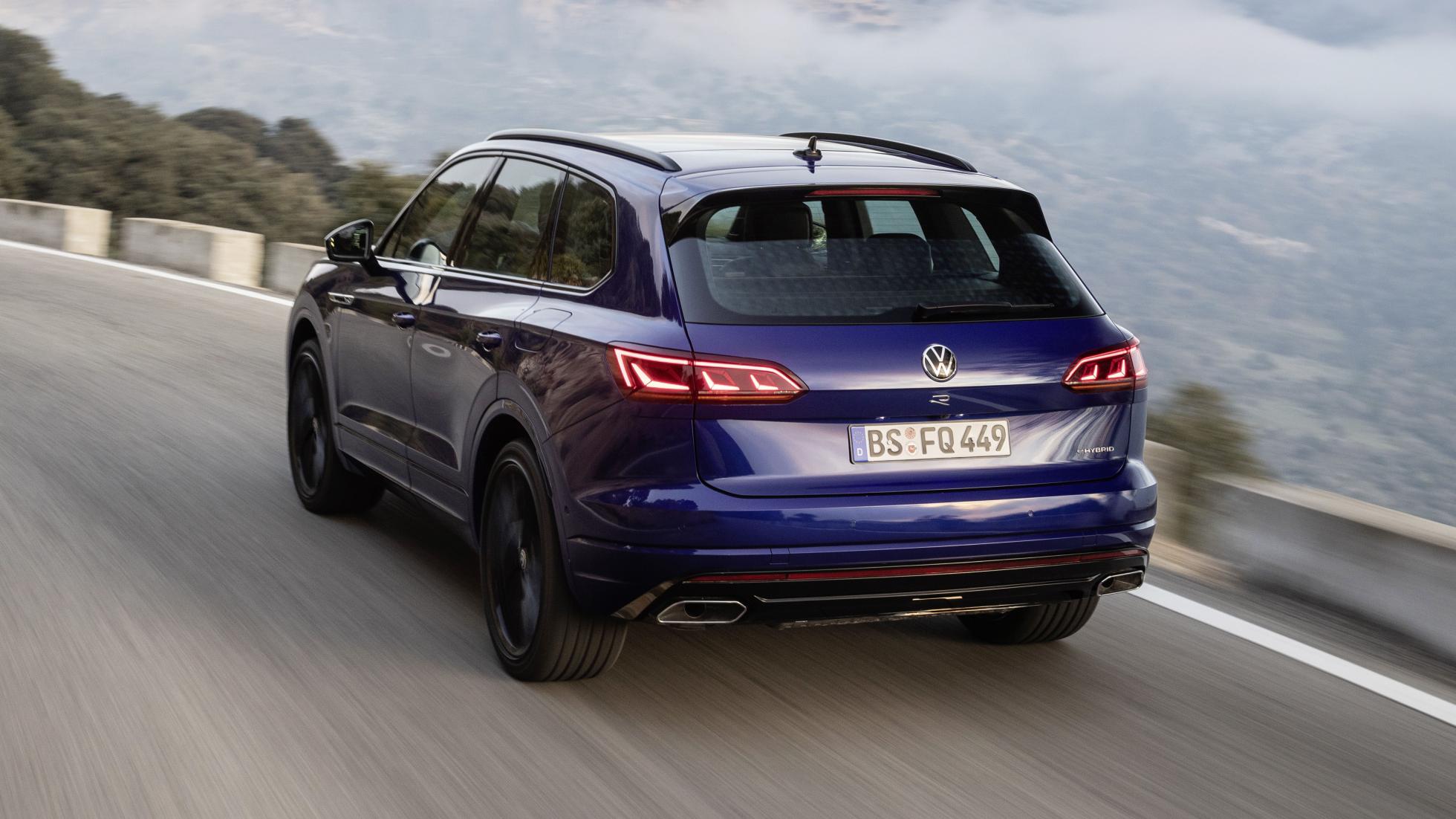 Volkswagen describes this big blue flagship SUV as a “paradigm shift”. Sadly, that doesn’t equate to “we’ve given it a massive V12 and afterburners”. Quite the opposite, as it turns out. It is the very first VW R model that’s a… a hybrid.

Yes friends, it’s 2020 and everything you think you know about fast cars is changing. This new Volkswagen Touareg R assumes the mantle of the most powerful VW you can buy; the first time a hybrid has, well, assumed such a mantle. The mantle was not available for comment, FYI.

Underneath there’s a 3.0-litre turbocharged V6 petrol engine producing 340hp, while a 14.1kWh lithium-ion battery stuffed into the boot powers an electric motor that provides an additional 130hp. VW quotes total power as 462hp, which is sufficient. Sufficiently good.

(For another fast 'Group' SUV, check out the Audi RS Q8 HERE)

There’s also 700Nm of torque on offer, permanent four-wheel-drive and a max trailer weight of 3.5 tonnes. Sadly, there’s no nod on how fast it’ll do the benchmark 0-100km/h sprint, but expect it to be somewhere in the region of ‘that’s-jolly-amusing-isn’t-it?’

VW proudly trumpets that the Touareg R always starts off in ‘E-Mode’ – assuming the battery is charged – and can use only the battery all the way up to 140km/h. Above that – or indeed if you flatten the throttle – the V6 kicks in and you get into all the whoopsies you want. At least until its 250km/h limited top speed.

There’s a display that tells you how much battery charge is left, and the ability to set the car to charge to a particular level, too. Actual driving modes include Eco, Comfort, Normal and Sport (on-road), and Offroad and Snow for, well, off road and snow. 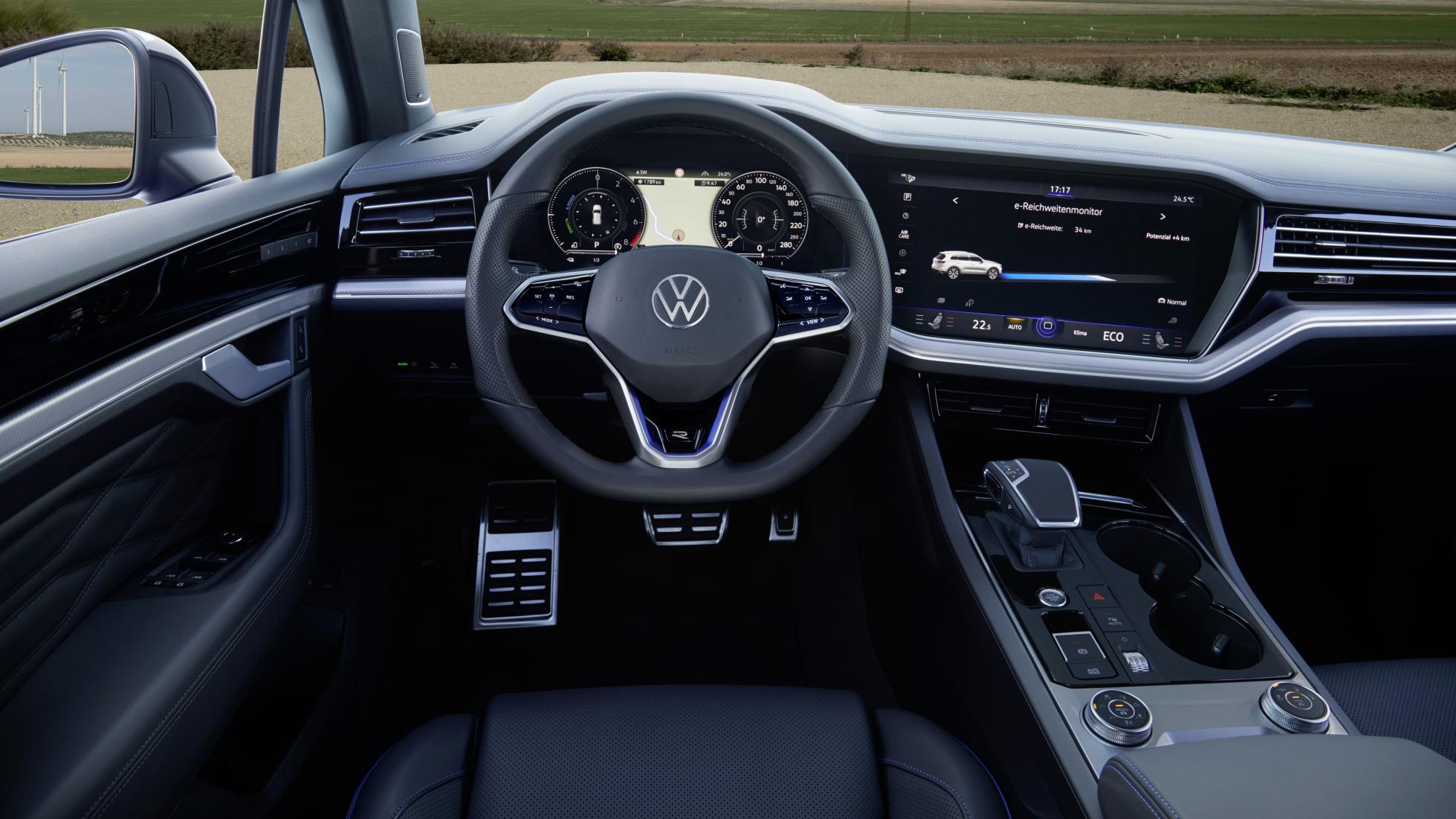 A big 12in screen sits in front of the driver, while a larger 15in touchscreen sits in the centre console. Naturally, you can adjust these displays to your heart’s content. Or just set them once and then floor it.

Remember we mentioned something about a trailer? The R comes with something called ‘Trailer Assist’, which sounds like magic. Press the ‘Park Assist’ button once astride your chosen space, and you’ll get guidance on steering angle on how to reverse your trailer correctly. That we’ve spent an entire paragraph about trailer assistance tells you much about how mature the VW Touareg R is.

Onto shoutier things. Or, perhaps not. There are exlusive R-style bumpers, air intake grilles with black louvres, black trim strips and black exterior mirror housings. All very stealth. You get 20s on the outside and leather comfort seats and a multifunction steering wheel within.

Of course, you can option plenty more exciting stuff – bigger wheels, a louder stereo, and leather tanned with olive oil, for example. No prices as yet, but it’ll be revealed at next week’s Geneva Motor Show in full.