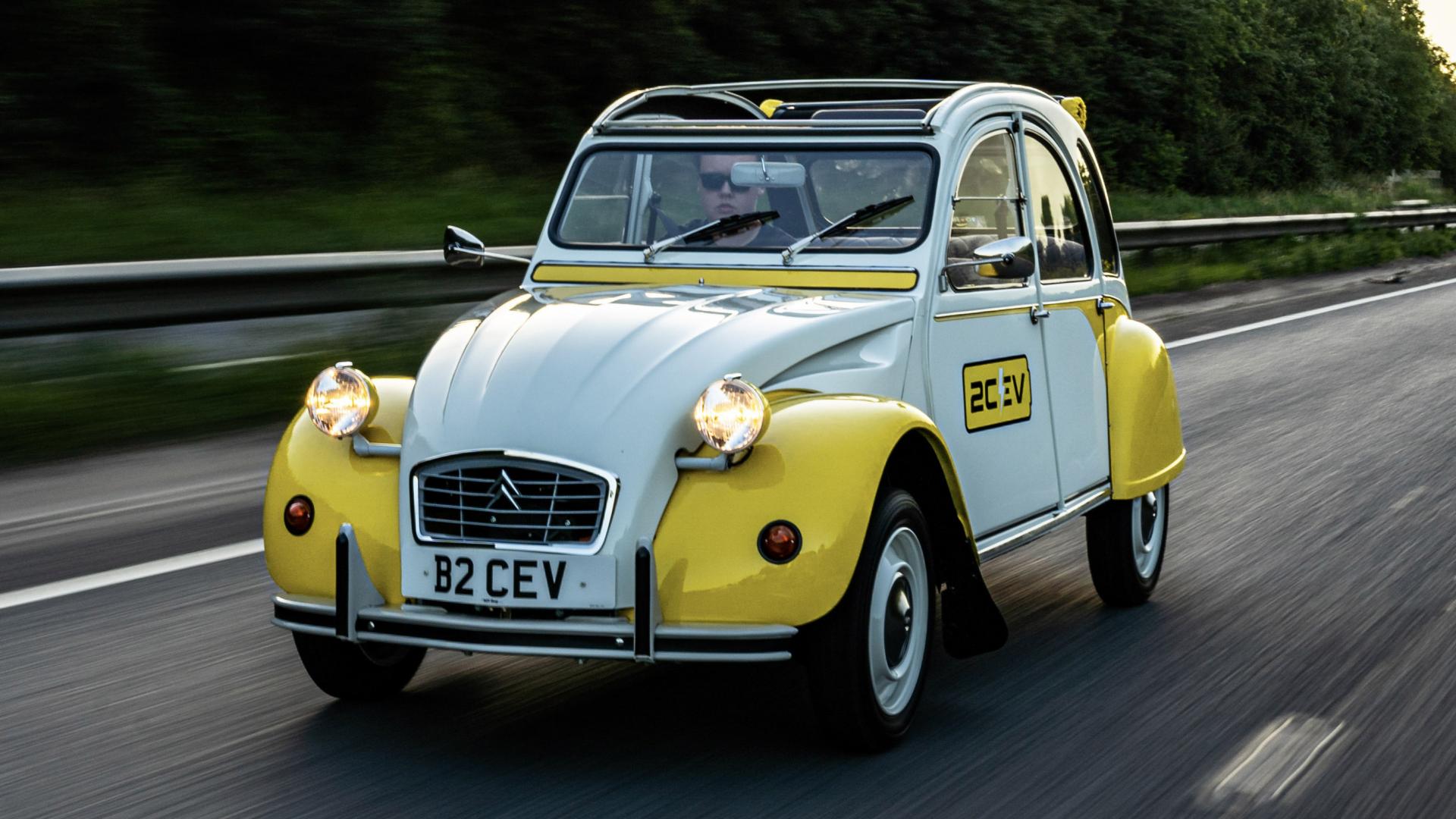 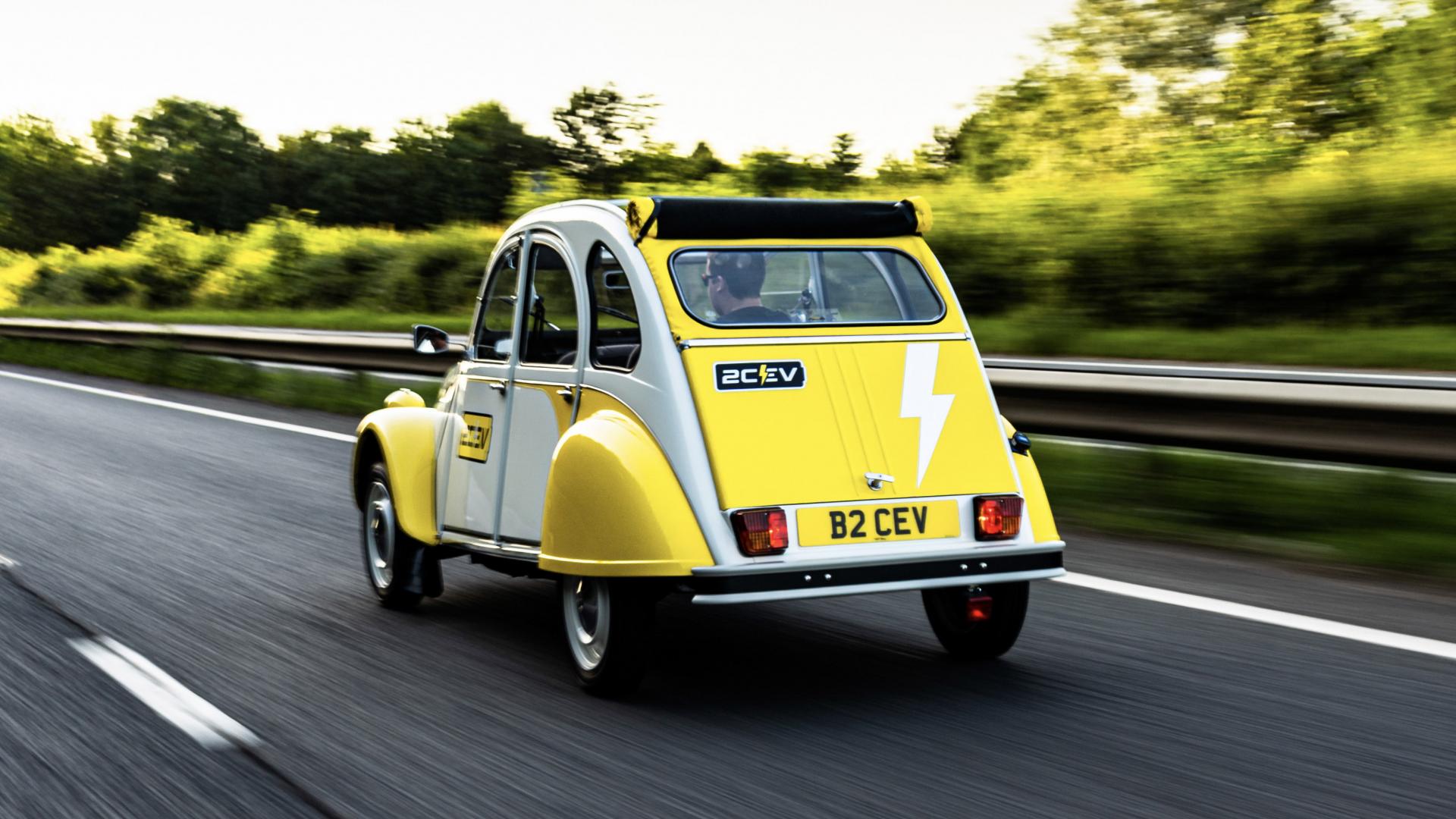 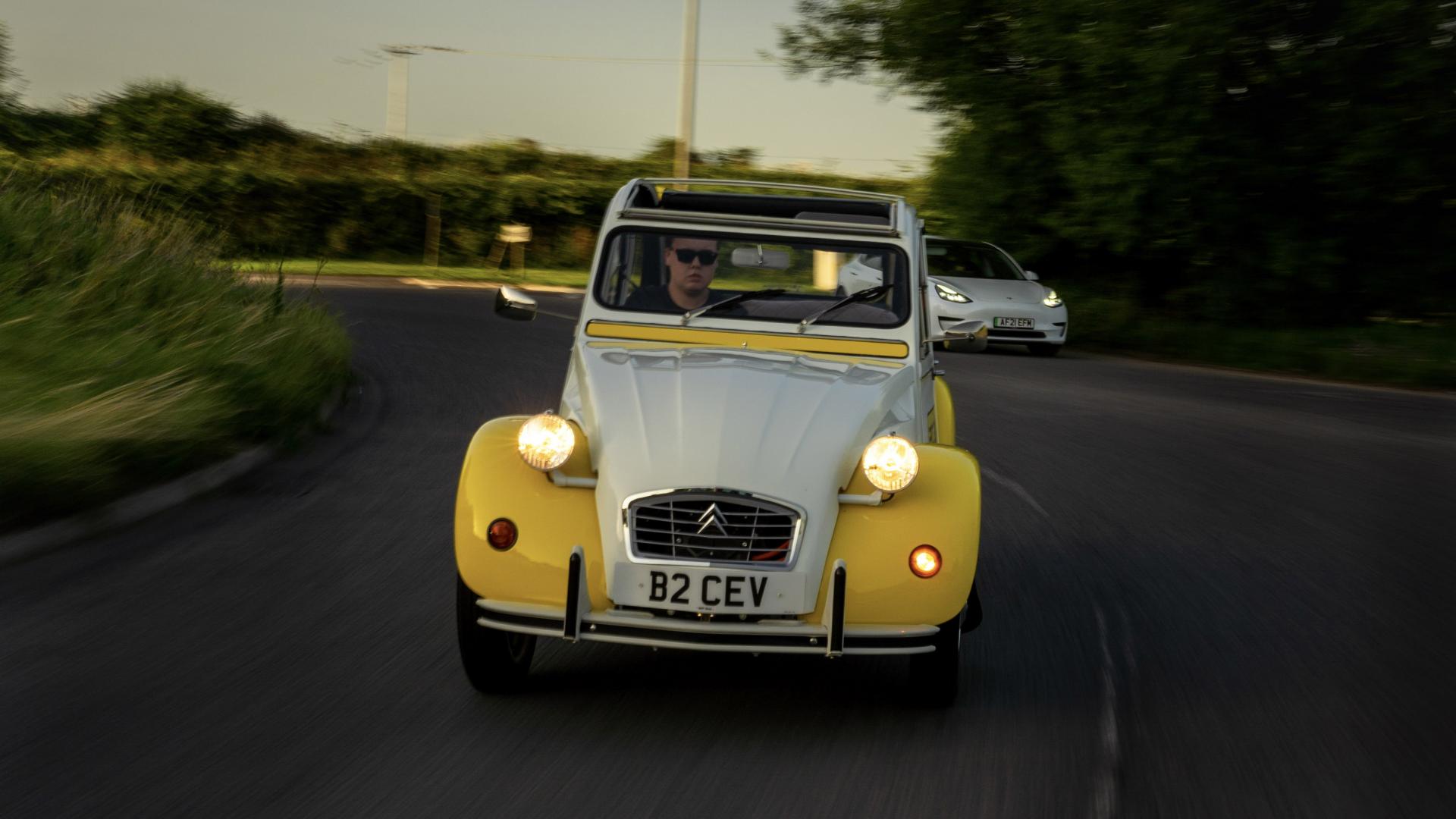 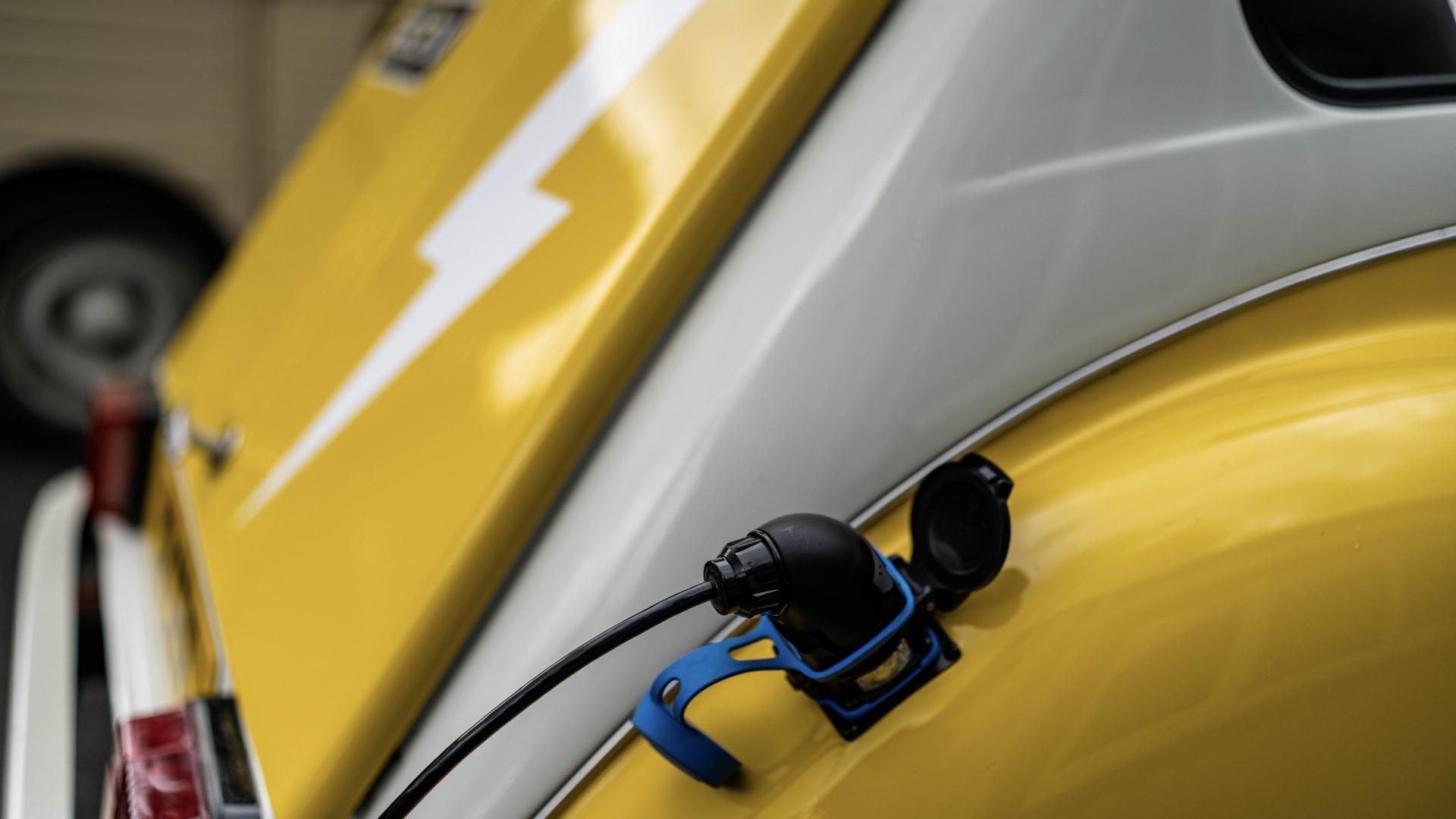 So, you want an electrified classic car, but you don’t want something with umpteen million horsepower that costs hundreds of thousands of pounds to convert.

Well, we might have found just the thing for you. Wiltshire based company The 2CV Shop is now offering – you guessed it – electric conversions for classic Citroen 2CVs.

The 2CV Shop claims it has “retained the DNA and spirit of the 2CV” with its 2cEv – and it would certainly seem that way if you’re looking at performance. Later 2CVs made a monstrous 33hp from their 602cc engines, so the 2cEv only needs a 26hp electric motor and a small 10kWh battery pack to get by. We're pretty sure this setup came out of one of those electric pencil sharpeners.

Still, it means the 2cEv only weighs 30kg more than a standard 2CV and doesn’t need uprated suspension (although you will get new ‘performance’ shock absorbers).

The battery is mounted in the boot too – so there’s better weight distribution than before – and you’ll get around 55 miles of range from a single charge. Should be plenty. 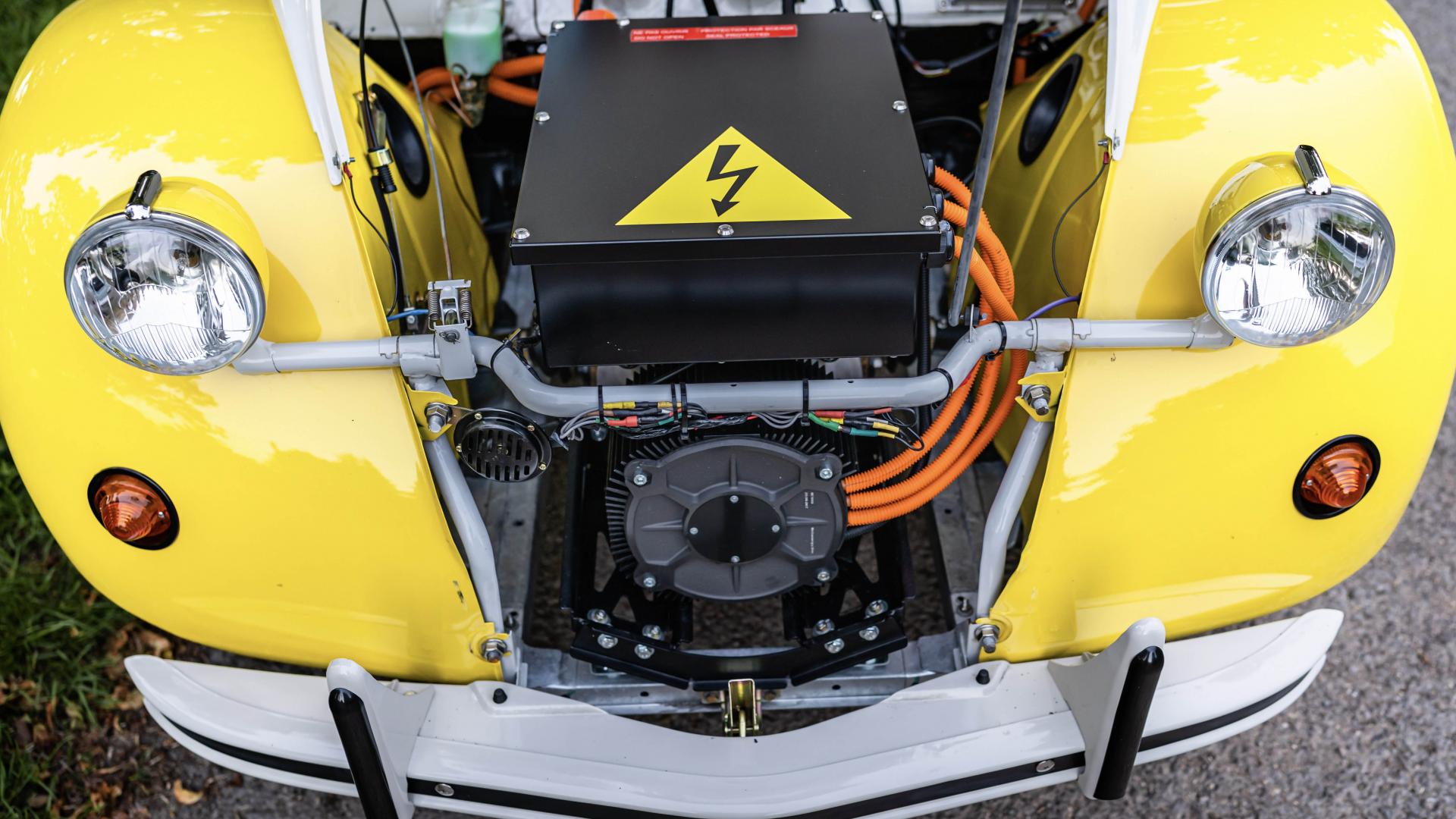 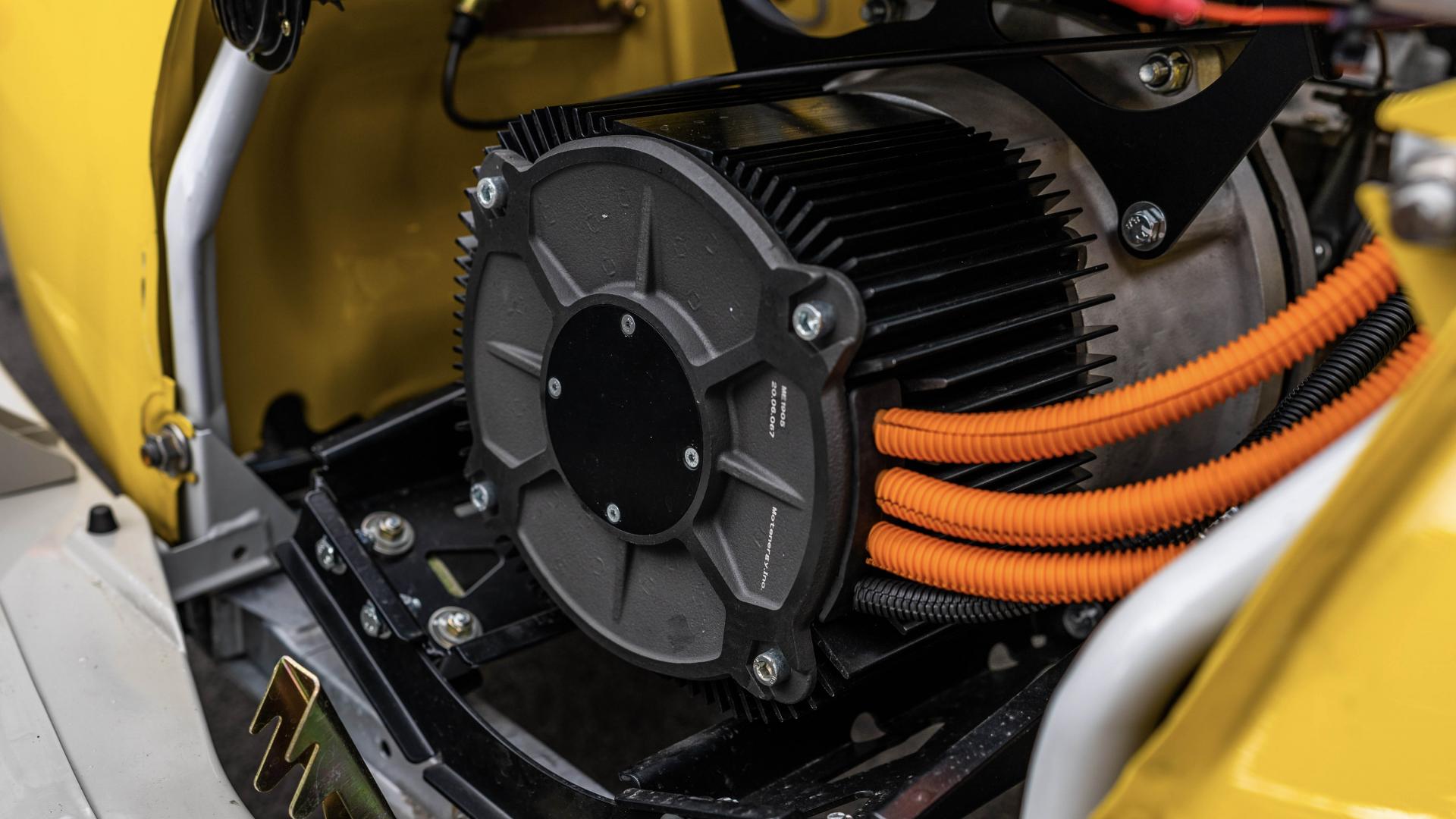 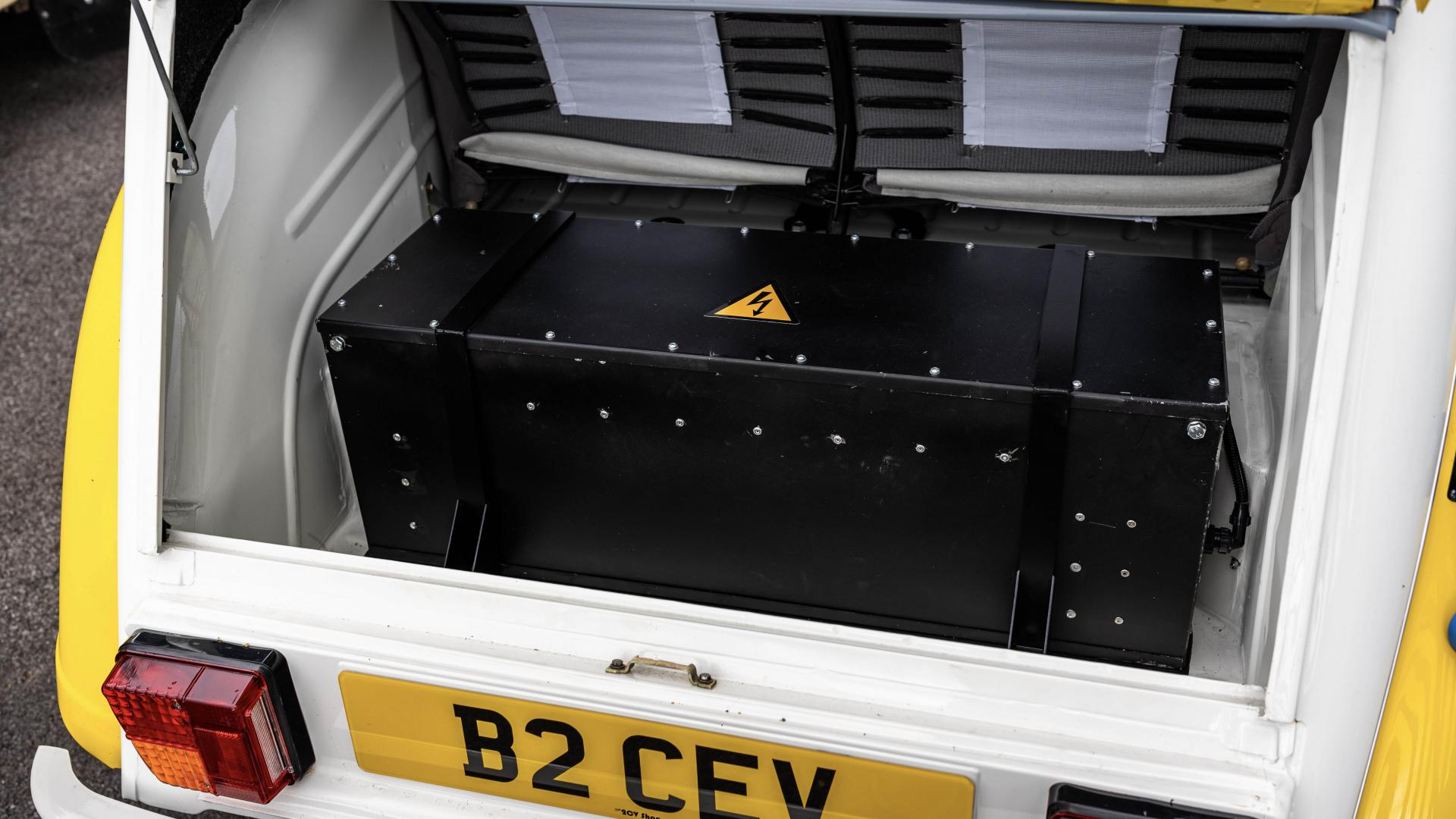 A standard 13-amp plug will give you a full battery from flat in 3.5 hours, and you can use a Type 2 adapter to access public charge points. Oh, and the original 2CV gearbox remains, although you can just stick it in third gear when you set off and not touch the clutch until you park.

The cost? Well, if you’ve got your own 2CV that you’d like to donate to the cause, the full kit and installation will set you back £16,400. If you’re looking to buy a 2cEv from scratch, prices start at £29,000 and head all the way up to £46,995 for a bespoke-built ‘brand new’ 2cEv that’s set on a new chassis with completely new body panels. Thoughts then, folks? 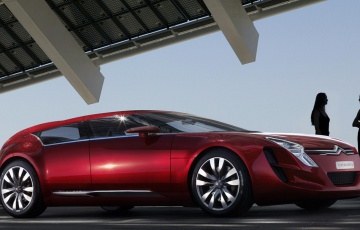 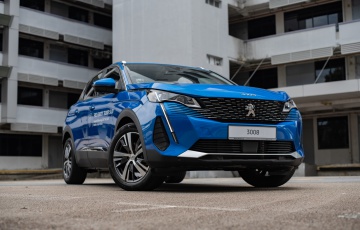