This is the new Audi Q4 Sportback e-tron concept 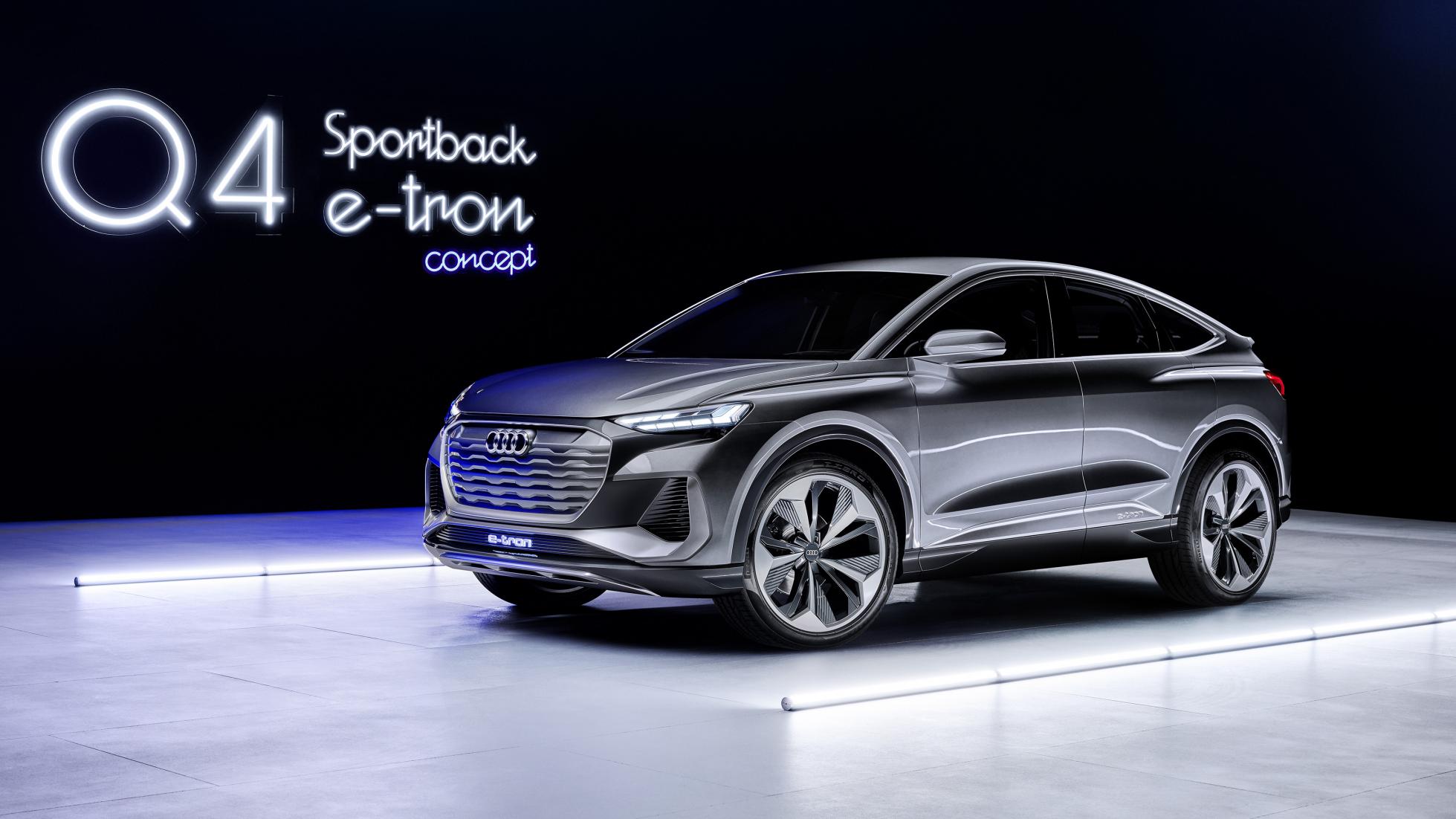 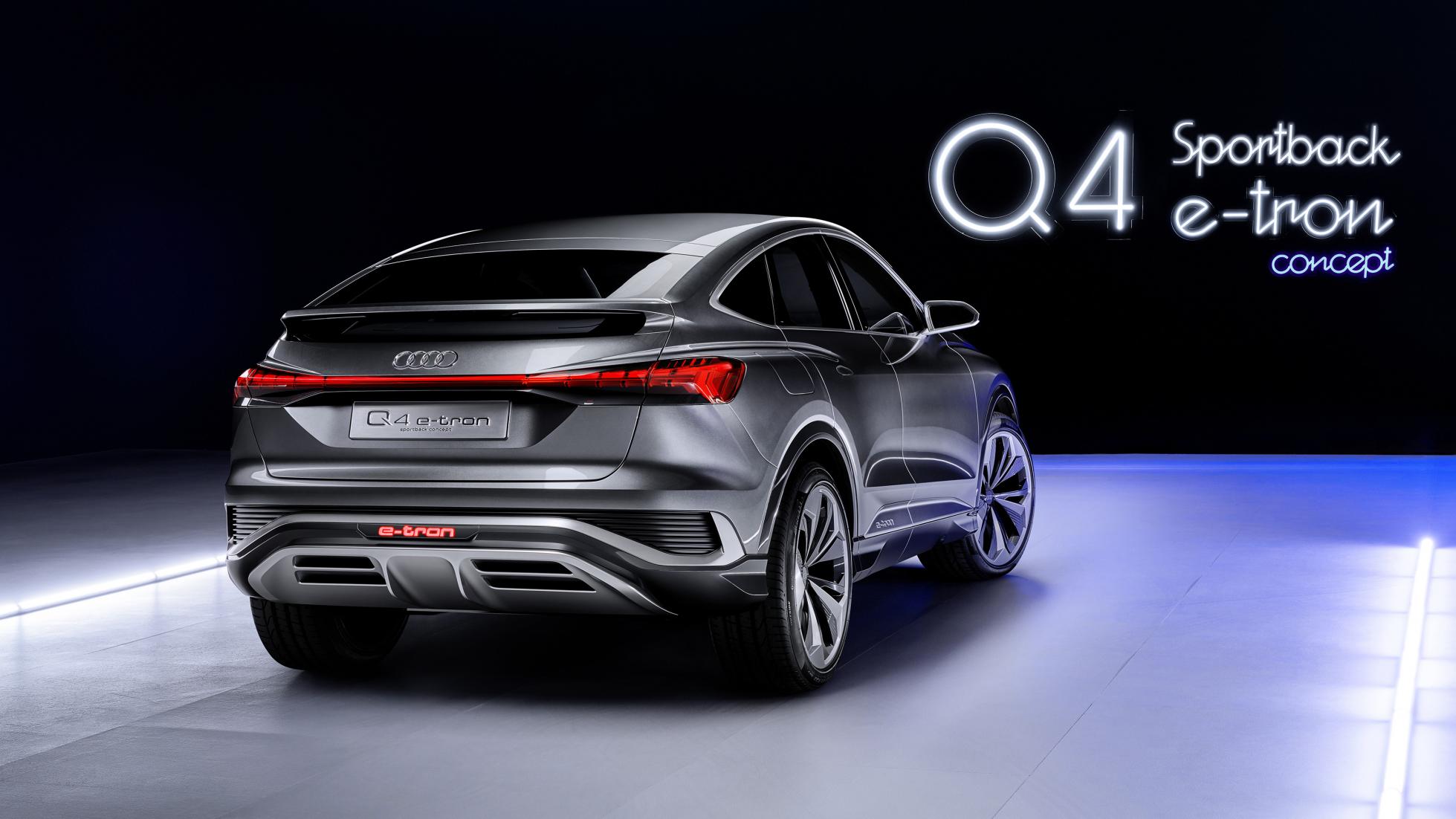 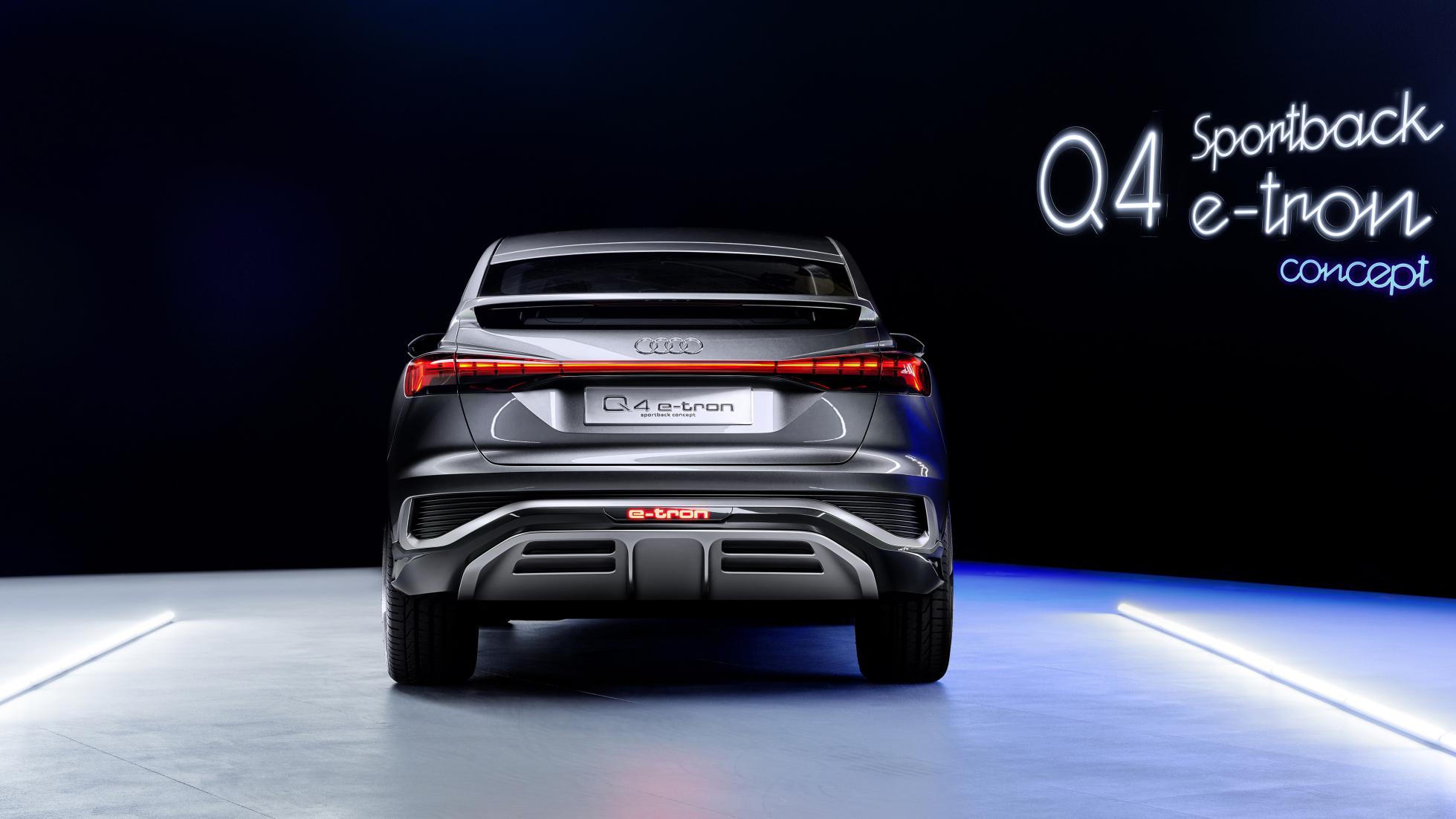 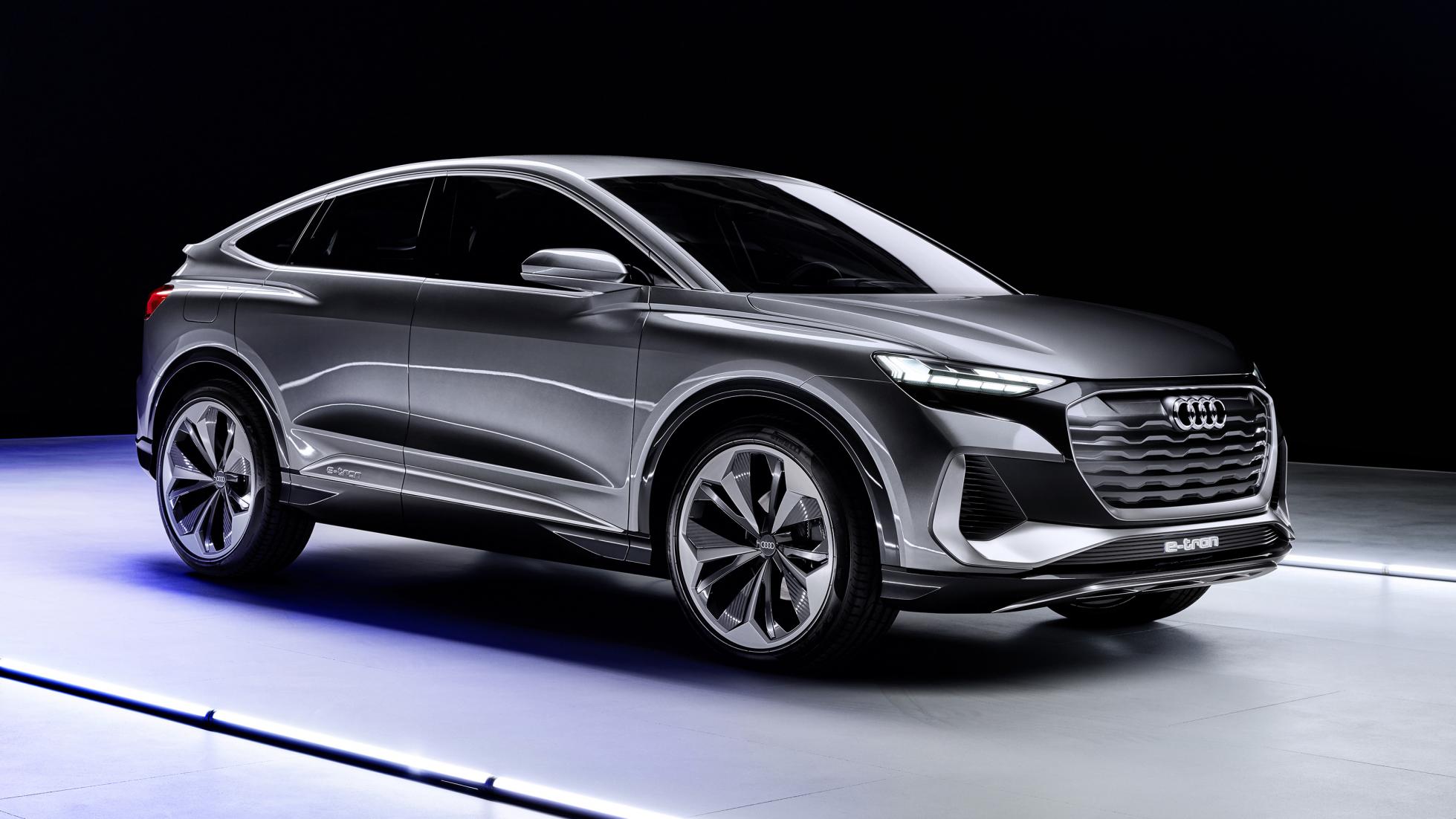 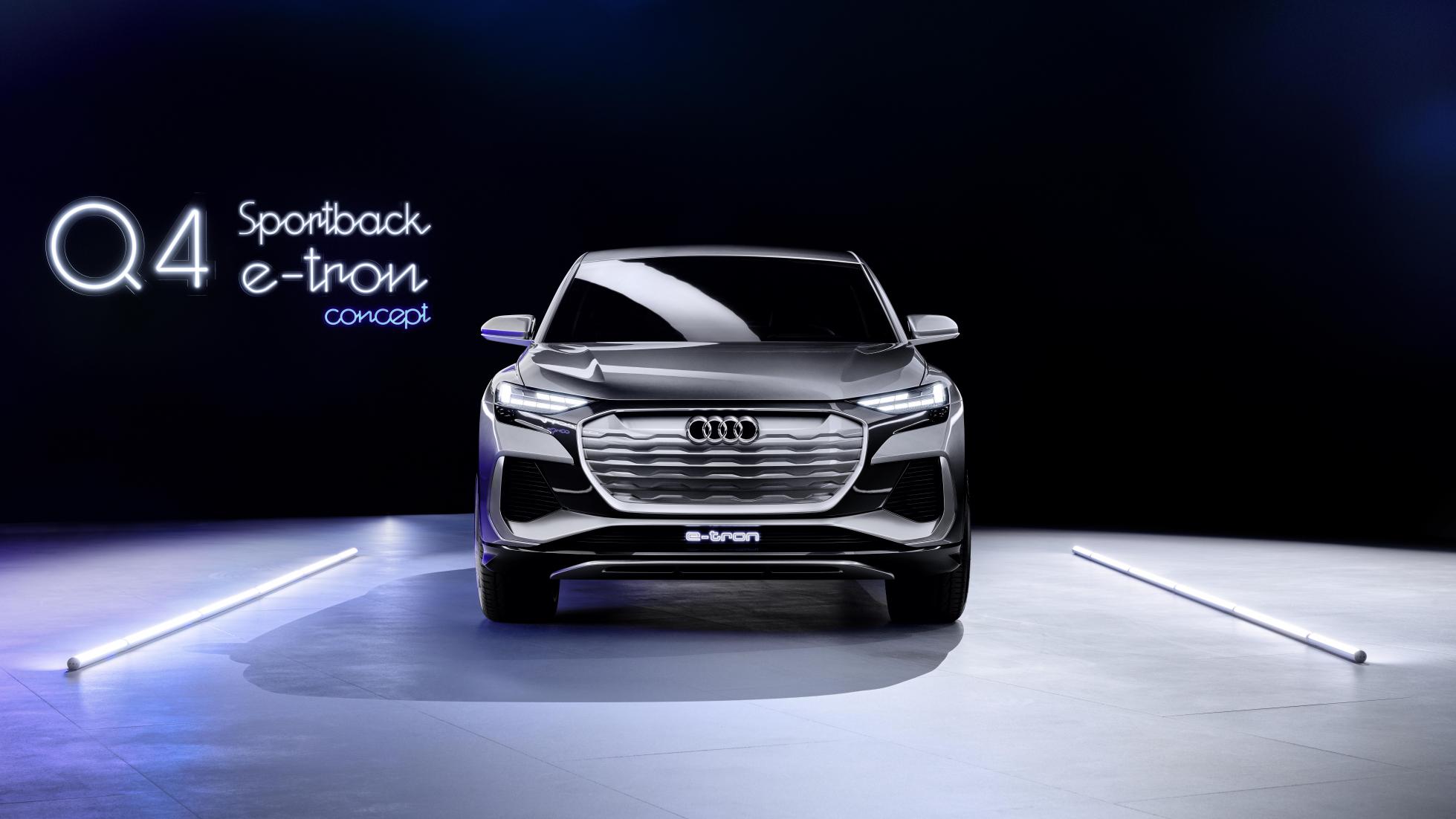 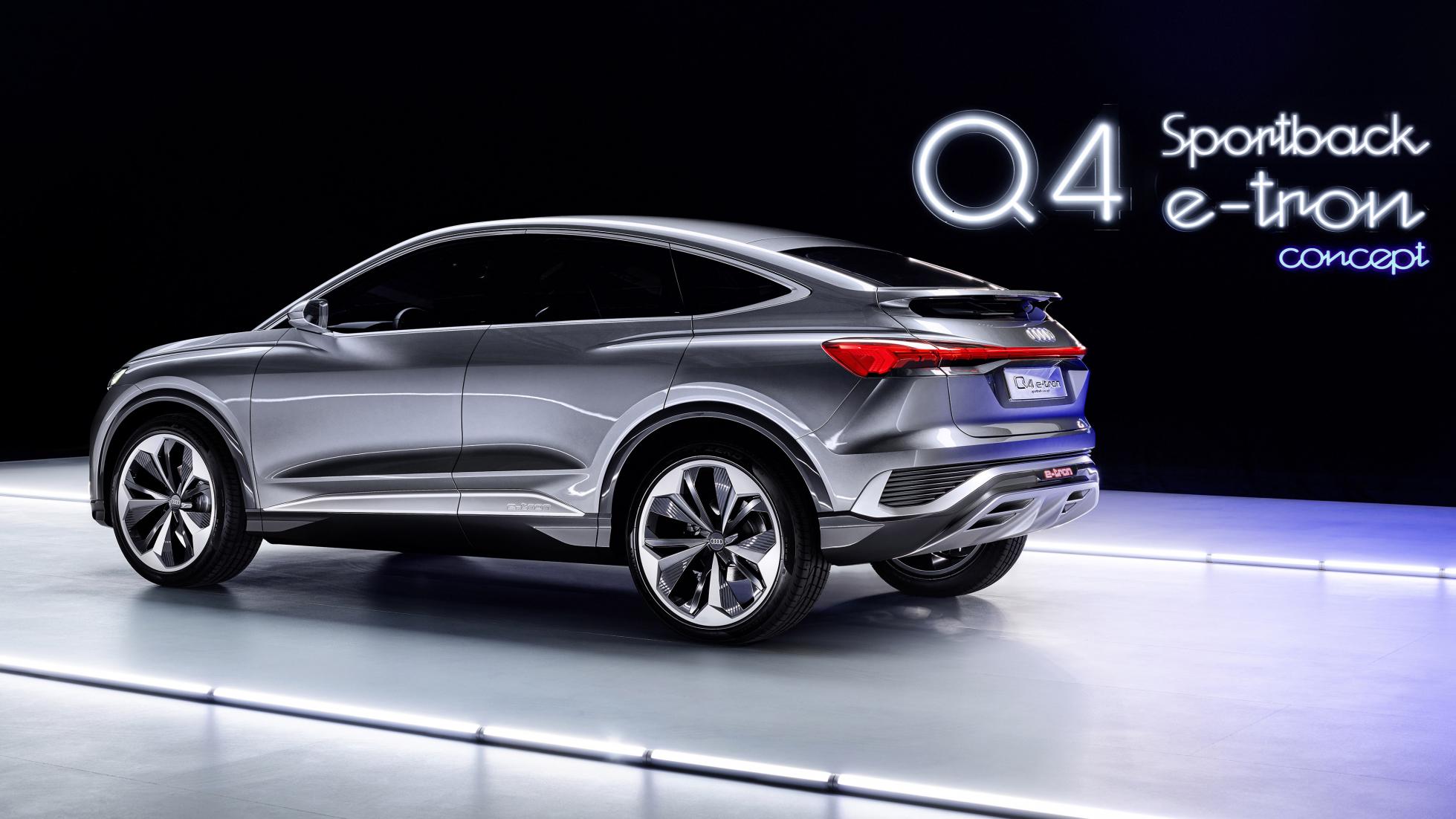 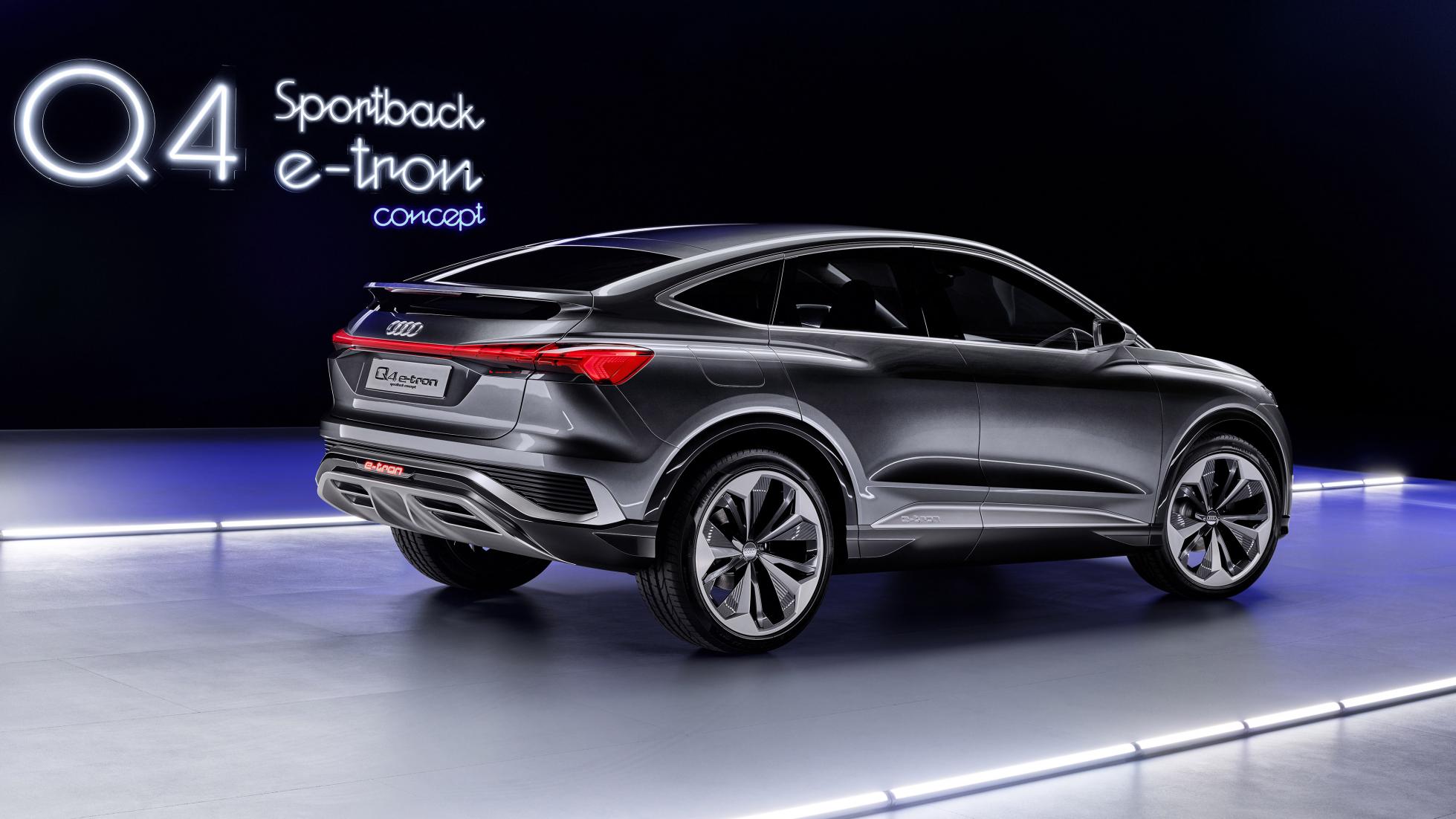 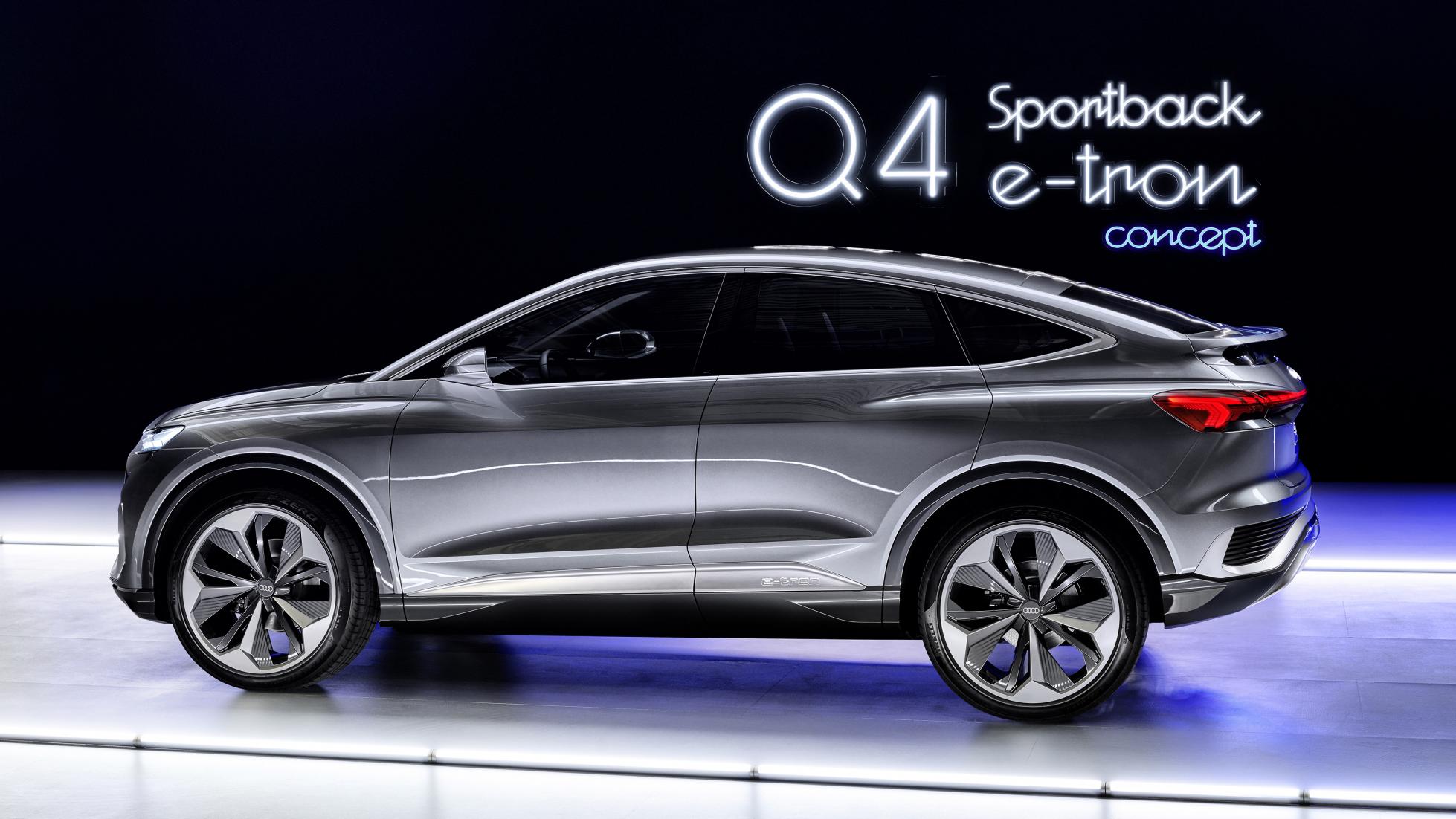 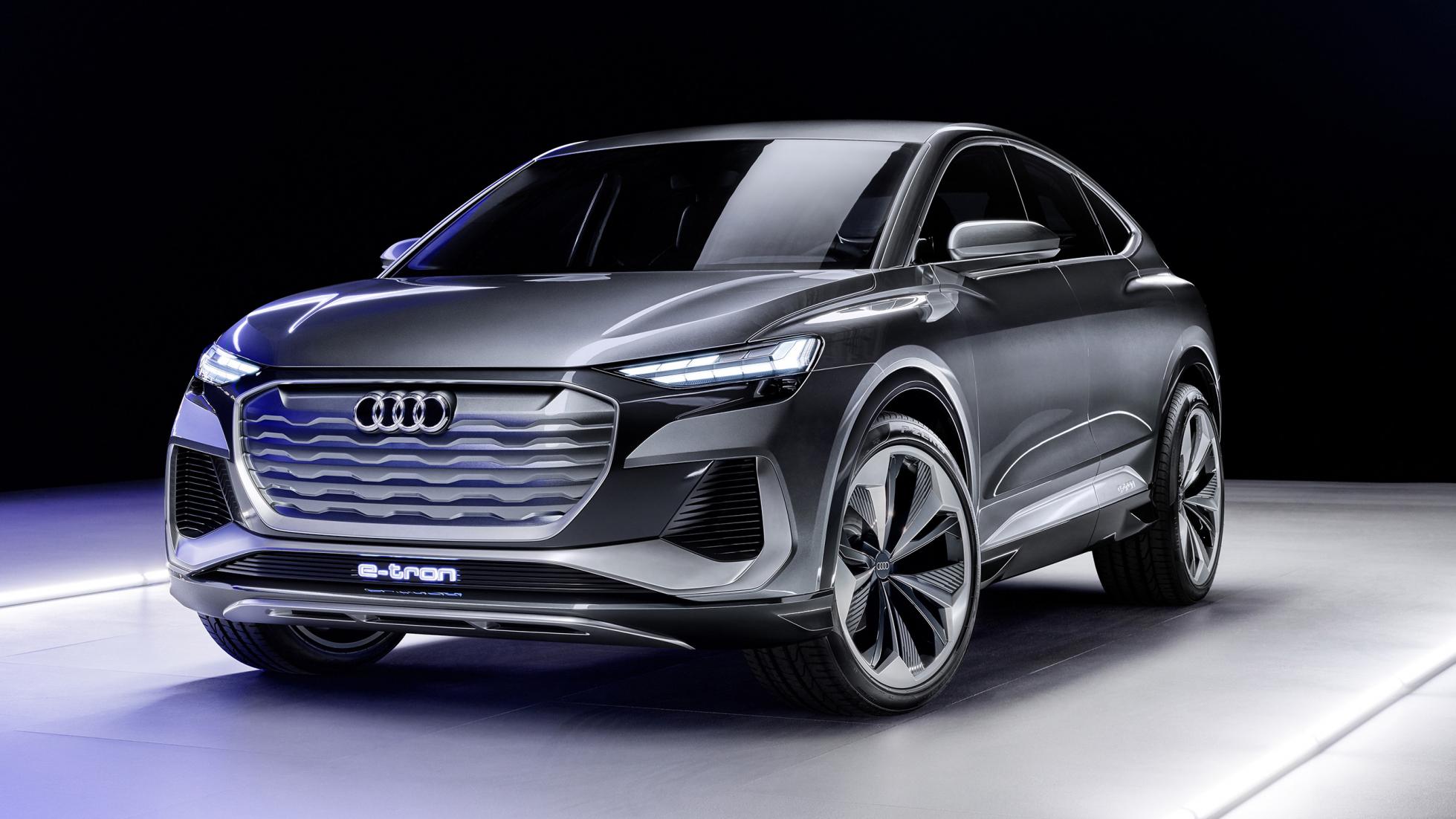 Welcome, Internet, to the snappily titled Audi Q4 Sportback e-tron concept. Have a flick through the pictures above. Audi really doesn’t want you to forget that name, does it?

It was way back in March 2019 when Audi first unveiled the standard Q4 e-tron concept (at the Geneva Motor Show – remember that?) and the trend for coupe-ifying literally everything means we’ve now got a Sportback concept before the production Q4 has even been unveiled.

Interesting looking thing, isn’t it? Audi says that this is 90 per cent similar to what the production car will look like – only the door handles (of which there are currently none), the bumpers and the wheels will change. That means the chunky wheel arches are here to stay, as is the slightly odd-looking spoiler protruding from the chopped roof. Marks out of ten?

The Sportback is ever so slightly longer and flatter than its standard crossover sibling, and its coupe form makes for a drag coefficient of 0.26 (0.01 below that of the Q4 e-tron). That also means the range is slightly greater – quattro versions manage 450km, whilst those with rear-drive only will do 500km on the WLTP cycle. 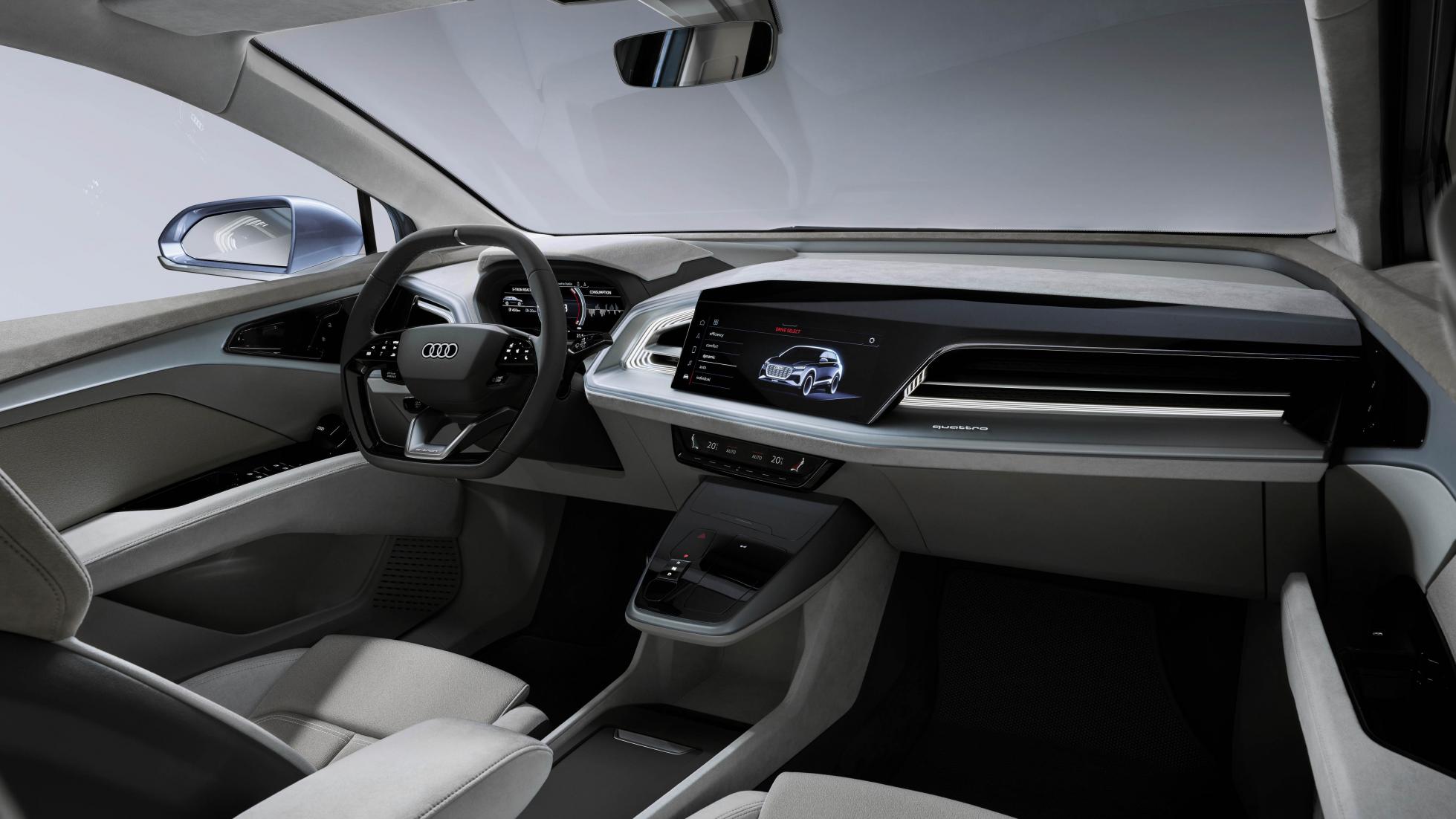 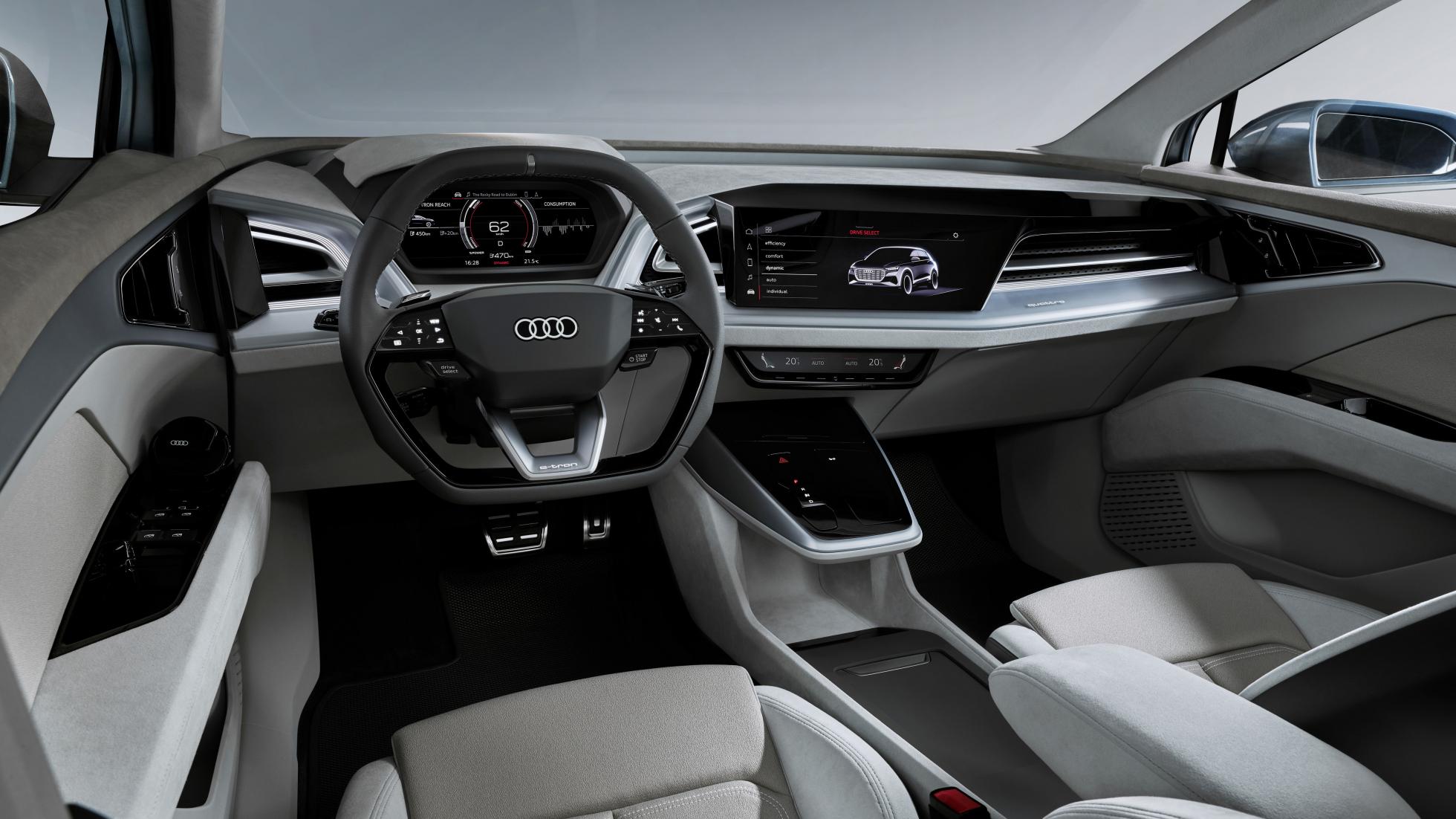 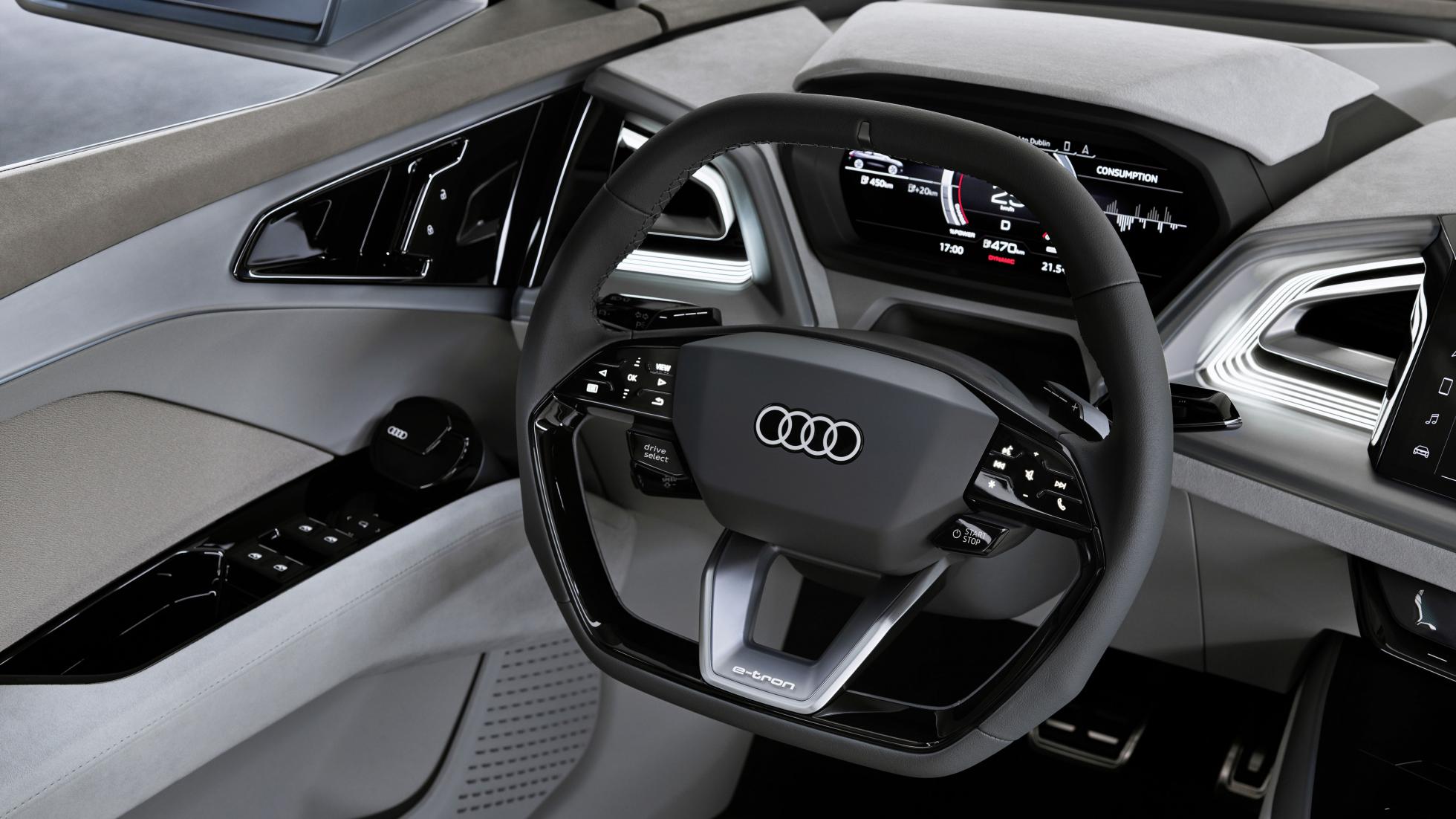 That leads us nicely onto the tech specs, although everything here is the same as before. For those that can’t remember March last year (shame on you), there’s an 82kWh battery under the floor that feeds an electric motor on each axle for a total output of 306hp. Both the quattro and RWD versions take 6.3secs to reach 100km/h from a standing start, and top speed is limited to 180km/h.

Like the other Q4, the inside of the Sportback is full of recycled materials. There’s also Audi’s virtual cockpit, a 12.3-inch main touchscreen and an augmented reality head-up display (that’s apparently the reason why the A-pillar is so far forward).

Audi says the production Sportback will come to market at the same time as the regular Q4, and that we’re looking at Summer 2021 as an on-sale date. What say you, Top Gear commenters? Audi's top-selling A3 in Singapore returns in a new iteration. Roomier, sportier, more powerful and more frugal than before. The new Audi RS3 comes in many excellent colours

Audi’s RS 3 configurator is live. What’s yours look like?