This is the new Honda Civic Type R 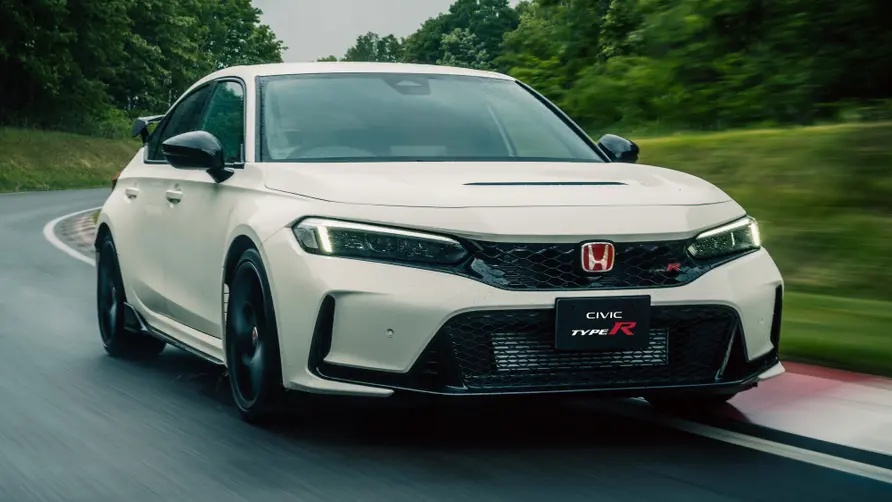 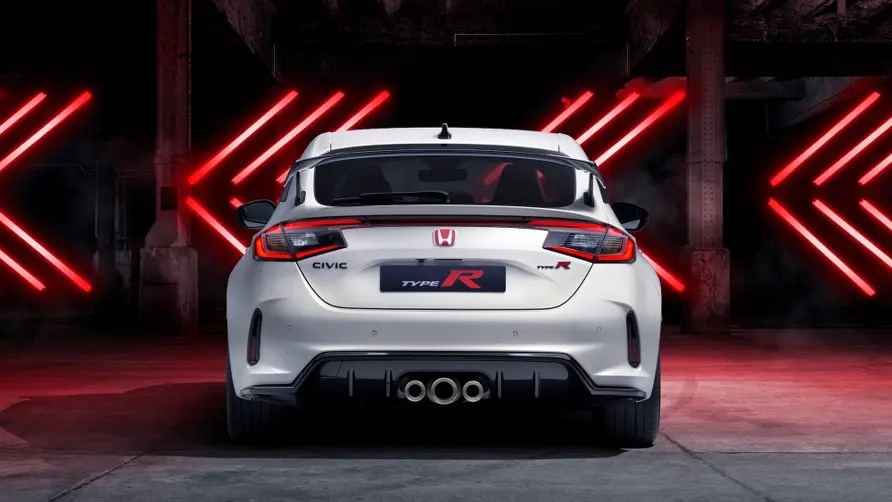 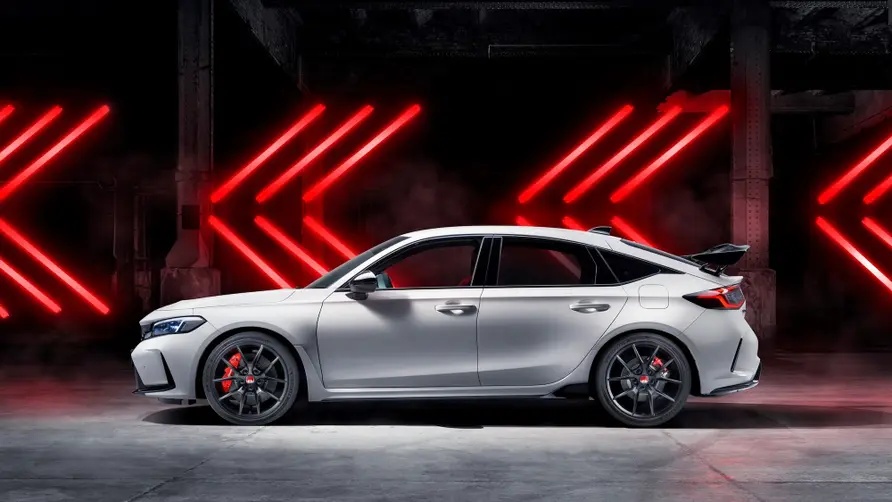 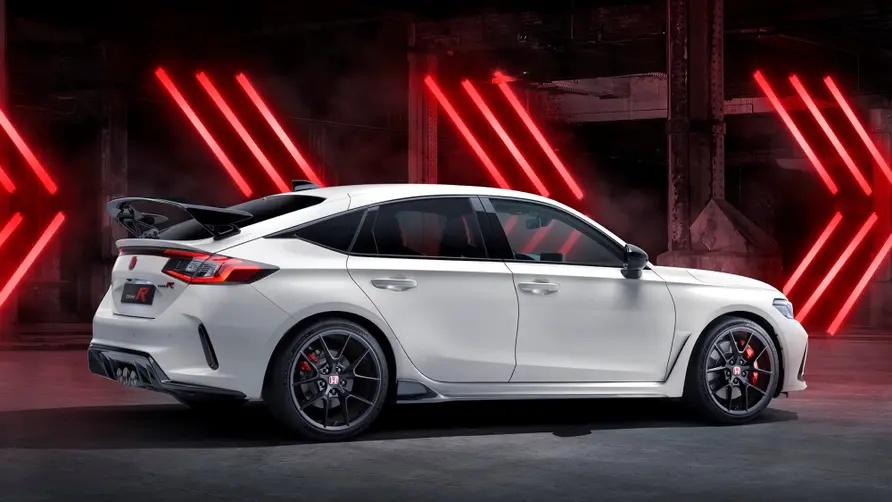 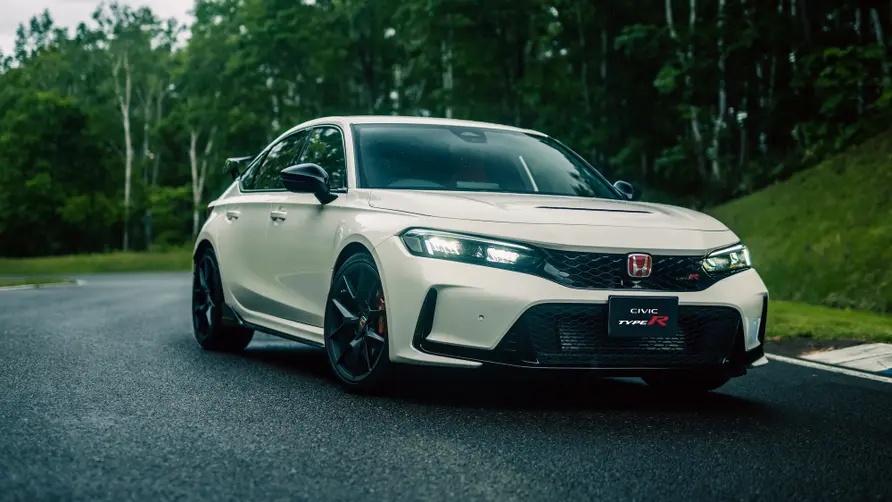 This is the new Honda Civic Type R

Honda might be the master of sweating the small stuff.

This is a company that experiments with the weight of its shifter knobs to get just the right action, and switches from a leather shift gaiter to a mesh one to save 10 grams. Unsurprisingly, when it comes to a new Civic Type R, little details get big attention.

Honda’s still curiously tight-lipped on the power, price or performance of its newest Civic Type R, but it’s taken the time to mention the die-cast aluminium spoiler mounts that cut aero drag. And only Honda would do a deep dive into seat fabrics for its new hot hatch, triumphantly returning with bright red swathes of something that offers ‘a high friction coefficient’ that ‘reduces body slippage in high-g driving situations’.

But for such a detail-oriented company, we have to say that meatier details of the new Type R are still thin on the ground – even after its official debut. So what do we actually know? Well, that the brilliant six-speed manual is not only retained, but ‘improved’, which a) seems broadly impossible and b) warms our hardened hearts to hear how much Honda still cares about the humble manual gearbox.

We also know the 2.0-litre turbo from the previous, Car of the Year-winning Type R carries over, with tweaks and revisions to the turbo and exhaust resulting in... well, the most powerful Civic Type R ever.

How much of that we can chalk up to wider Pilot Sport 4 tyres and smaller 19-inch wheels is something we’d be happy to look into personally, perhaps by fitting the same set to both old and new Type Rs and flinging them around Suzuka ourselves. Just say the word, Honda, and we’ll be on the next plane.

Just for reference, the Type R that claimed the Nordschleife record weighed about 1,400kg, had more than 310bhp, went from 0-60 in 5.8 seconds and topped out at 169mph. And while we don’t have proper specs for the new Type R, the new base-model Civic it’s based on has a 20 per cent lighter and 22 per cent stiffer bodyshell than the outgoing car, as well as sporting stronger steering mounts, a lower centre of gravity and wider track.

Notice that we said a 20 per cent lighter body, not car – engines, turbos, diffs and so on still weigh what they weigh. But there’s a definite chance to trim a few kilos, and we’re still talking about the same company that looks for ways to shave grams.

And crucially, we know the new Type R isn’t ugly. No gigantic fake air vents, no fake carbon on the side skirts, no front bumper with more folds than a wedding napkin. Just a clean, focused design that results in a purposeful-looking machine, rather than one that seems purposefully overwrought. And as it looks so right in Championship White, one really does have to wonder who’s going to plump for any other colour. Especially when they’re called ‘Rallye Red’, ‘Boost Blue’, ‘Sonic Grey’, and a curiously OnlyFans-ish ‘Crystal Black’.

But the highest praise for the redesign has to go to the interior. The little electric E proved Honda was capable of reserved, luxurious and bright-feeling cabins, and the new Type R finally – thankfully – gets an interior that’s harmonious, uncluttered and thoughtfully arranged. We don’t even hate the Type R build plate being fixed to the dashboard, which speaks volumes about how well Honda did with the rest of the cabin.

So the new Civic Type R will be a lighter, brighter, tighter exciter that looks righter when whiter and sets alight a Top Gear writer to wonder – wronger or righter – if we just caught sight of the new leading light of hot hatch fighters.

And yeah, it took us a while to come up with that sentence. Looking back over it, maybe we should leave sweating the small stuff to Honda.