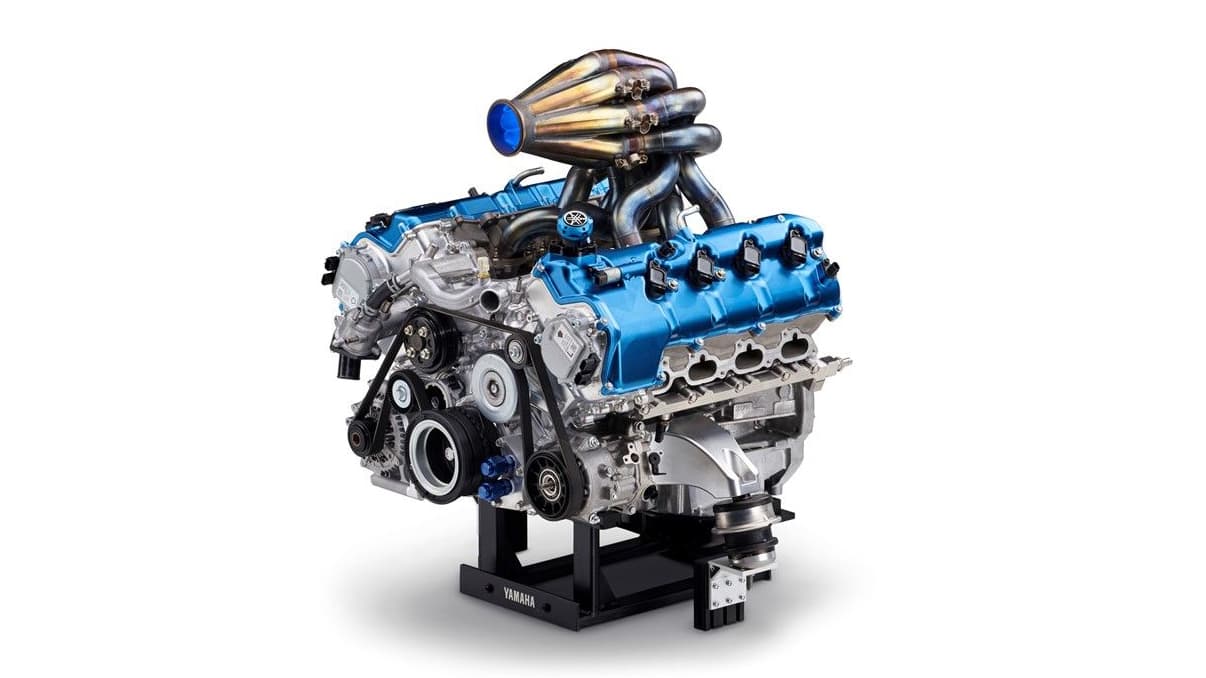 Check out that crazy eight-into-one manifold!

Interesting news from Japan. Yamaha Motor has been tasked with developing a 5.0-litre hydrogen-fuelled V8 engine by none other than Toyota. It’s a small part of a big agreement between Japan’s automotive community to explore and expand fuel options for internal combustion engines.

Yamaha and Toyota have previous, of course. The Lexus LFA supercar’s stratospheric 4.8-litre V10 was developed by the former; an engine that’ll go down as one of the very best of all time.

This new one takes its base from the V8 deployed in the Lexus RC F (pictured below) – Japan’s ageing BMW M3 rival. To this eight-cylinder unit, Yamaha made modifications to the injectors, cylinder heads, intake manifold and much more to deliver 444bhp (at 6,800rpm) and 540Nm ft of torque (at 3,600rpm); figures not too far off the petrol-powered V8.

Yamaha started working on this hydrogen V8 five years ago, we’re told. “I started to see that engines using only hydrogen for fuel actually had very fun, easy-to-use performance characteristics,” said Takeshi Yamada, who works in Yamaha’s R&D department. “Hydrogen engines have an innately friendly feel that makes them easy to use even without resorting to electronic driving aid,” he added.

Fun, and noisy, too. The hydrogen V8’s eight-into-one manifold is said to give off a ‘harmonic high-frequency exhaust note’. “I personally want to pursue not just performance but also a new allure for the internal combustion engine that the world has yet to see,” Yamada said.

“’Motor’ is in our company name and we accordingly have a strong passion for and level of commitment to the internal combustion engine,” explains Yamaha Motor boss Yoshihiro Hidaka.