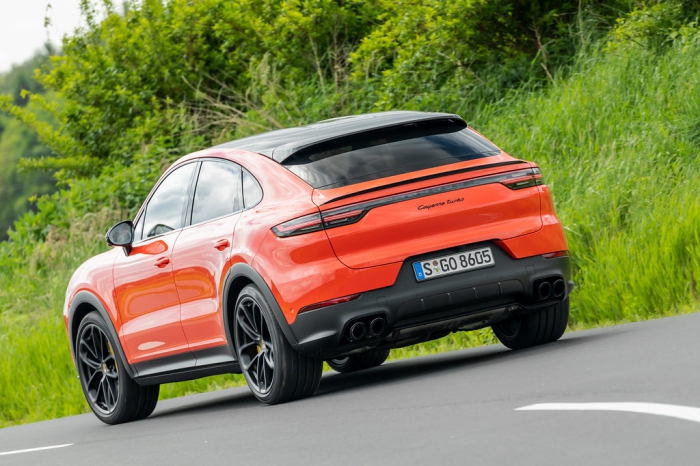 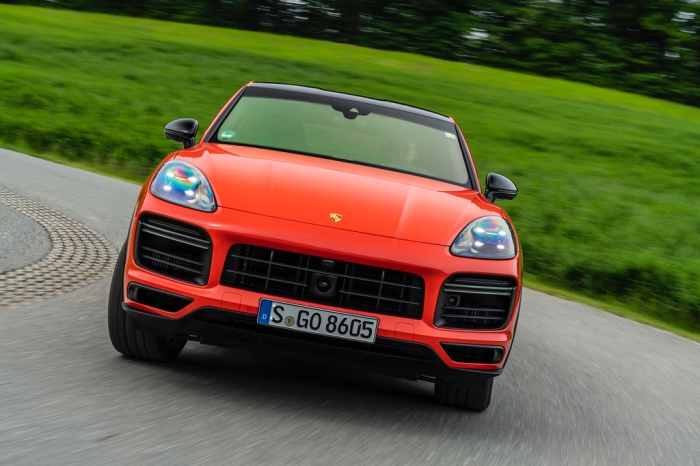 Graz, Austria - Like the Cayenne, the spicy S is a sweet spot and our pick of the lot, but the fiery Cayenne Turbo Coupe is probably the one you want to read about. In case you can’t figure it out from the pictures, Porsche has gotten in on the crossover 'coupe’ bandwagon, a genre that was arguably ignited in modern times by the BMW X6 (hmmm, although some consider the Ssangyong Actyon to pre-date the X6) in 2008.

(Click HERE to read about our time in the E3 Cayenne) 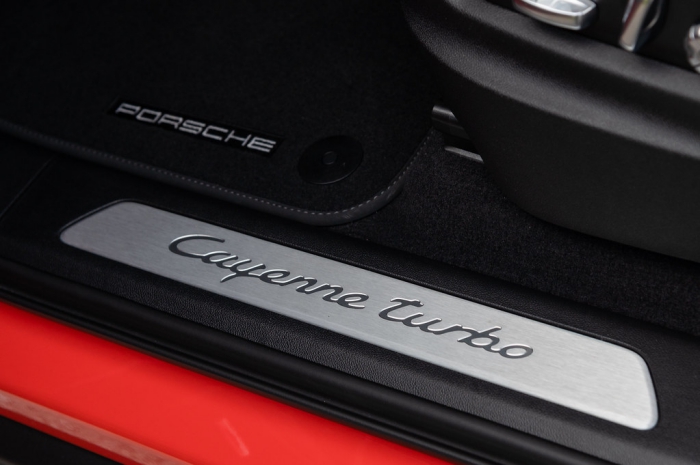 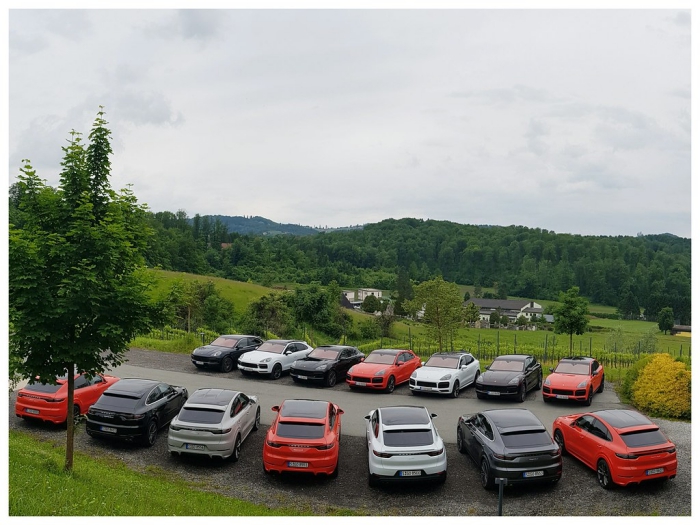 The once controversial silhouette is no longer an exception to the norm, because these days, brands from Audi (the Q8) to Mercedes-Benz (GLC Coupe and GLE Coupe) and even Lamborghini (the Urus) have rumbled in on the action with their respective interpretations of the 'crossover coupe’. It's worth adding that two cars on this list share the same platform as the Cayenne Coupe, but no prizes for guessing which two…. 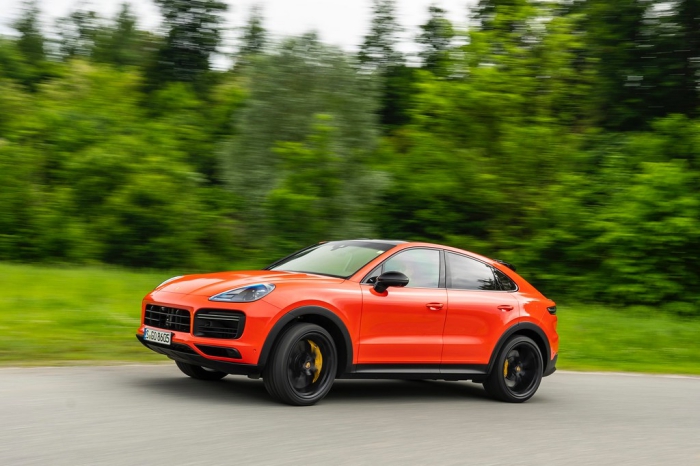 It’s hard to believe Porsche took a decade to get in on the game because of how seamless the Cayenne Coupe fits into the range. It has the familiar face that we see in all Porsches, but just look at the rear styling - like the Panamera, it’s a striking interpretation of the brand’s iconic 911 silhouette so there’s no mistaking it for anything else, and a progressive addition to the Porsche portfolio. 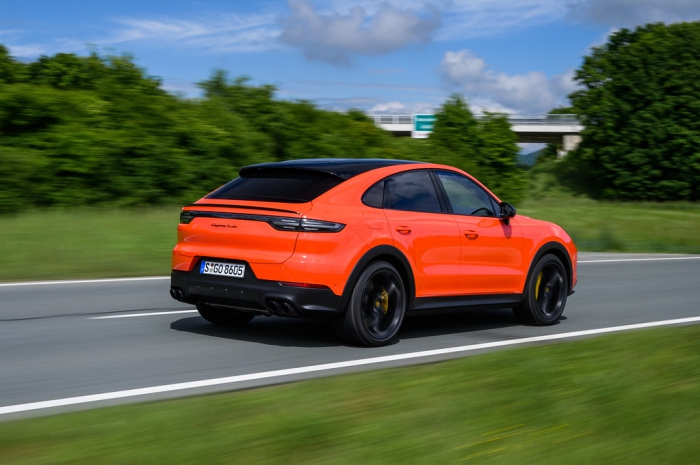 Love-it or loathe-it, at least the Cayenne Coupe has its design rooted in a vehicle that exists in Porsche’s line-up (and an illustrious one at that), so it’d be remiss to label it a bandwagon-jumper, which is more than can be said for some of the other cars in this segment. 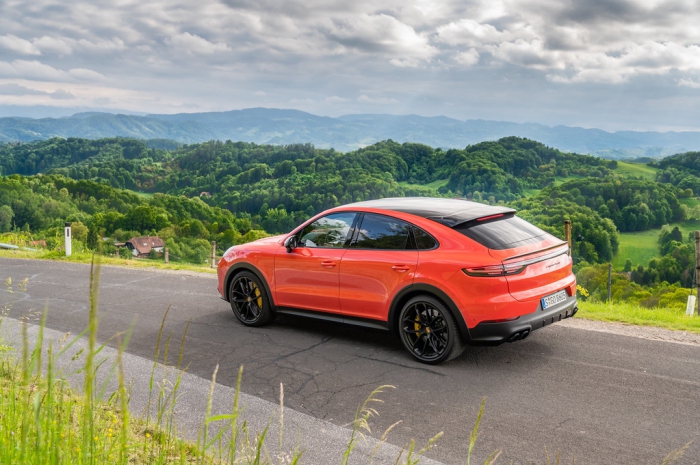 The Cayenne Coupe is a Cayenne that has undergone a crossfit-intensive makeover to put the 'sport’ in 'sport utility’ - lean, mean and bulked-up in the right places - and like the Panamera, stamps its aesthetic association with the seminal 911 a lot more succinctly, especially with its aggressively sloping roof and an impressively toned derriere. 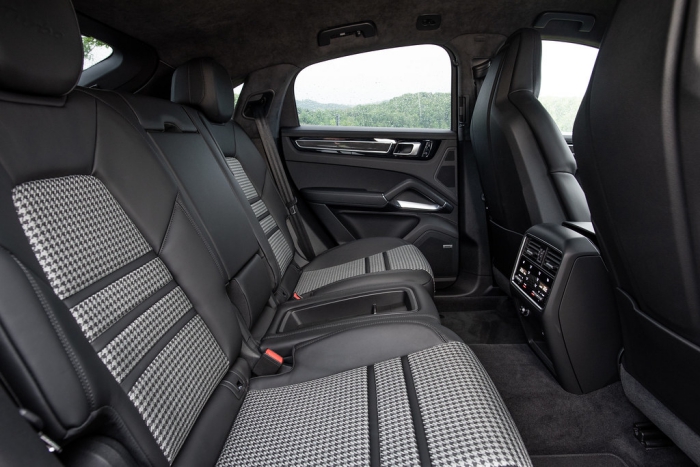 Moreover, to ensure there’s no adverse impact to rear headroom due to the dynamic rear silhouette, the rear occupants sit mounted 30mm lower than in the Cayenne, with a configuration that includes two individual seats, or the 2+1 set-up reminiscent of the Panamera Sport Turismo. To ensure its 'athletic’ status in the hierarchy is properly differentiated from the 'regular’ Cayenne, the Cayenne Coupe gets a load of kit as standard, including some that help it go faster and harder than the Cayenne. (On road-going cars, this is the highest 'rise' you'll get in P; you need to be doing >90km/h to see full-extension)

In the Cayenne Coupe, this takes the form of a trick adaptive rear spoiler that extends by 135mm at 90km/h and faster for greater downforce on the rear axle, but is seamlessly integrated into the body when not deployed. Depending on the owner’s sensibilities, there is a choice from two roof options for the Cayenne Coupe, none of which happens to be a plain steel roof. Standard fit is an expansive 2.16m² fixed glass roof, but we reckon bigger petrolheads (like us!) will opt for the contoured carbonfibre roof with its sexy exposed weave that comes with the Lightweight Sports Package, which not only lowers the Coupe’s centre of gravity for better handling, but also looks the part of a sporting machine. With the optional Lightweight Sports Package, the cabin ambience is appropriately sporty, with plenty of carbonfibre and Alcantara to put one in the mood for fast driving - we love the nostalgic houndstooth fabric seat centres that comes with the package.

Visually, it gets more aggro aero, lightweight 22-inch GT Design wheels and of course, the roof. Weight-loss is further aided by the fact that the Lightweight Sports Package cars have less sound insulation, which also makes for a more intense driving experience. (It's hard to believe Sports Exhaust doesn't get a proper physical button... but at least the air-con vents can be adjusted properly)

The Cayenne Coupe also gets the familiar 12.3-inch full HD touchscreen that we’ve already seen in the Cayenne, as well as the touch-sensitive glass panel rocker controls for the various systems, so everything’s posh enough, yet Porsche enough. True to Porsche form, the rev counter takes pride of place under the instrument binnacle, and the steering wheel features the drive control dial that first appeared in 991.2’s optioned with the Sport Chrono Package.

The dial can be turned to toggle between the different drive modes, but more importantly, features the Sport Response trigger that generates maximum overboost thrust for a 20-second duration - perfect for executing winding road overtaking manoeuvres! Unlike the 992, it’s great that the Cayene Coupe’s gear-shifts can be executed using either the paddle shifters, or the transmission shifter.

Like the Cayenne, transmission duties are served by an 8spd Tiptronic S automatic gearbox, which delivers swift and authoritative shifts when driven in anger.

Also, a conventional auto with torque converter is smoother and slips a little for when you decide to make use of the Cayenne Coupe’s towing abilities. The turbo’d four-litre puts the 'beast’ in beast of burden, as it produces 550hp and a gasp-worthy 770Nm, with the latter available from just 2000rpm so there’s a huge wallop from a little over idle.

You’ll be shocked and awed by the way the Turbo Coupe delivers its 'goods’, because it’s always a marvel when you consider how quickly a 2.2-tonne beast can stop and go, especially if you’re reining it in with the optional Porsche Carbon Ceramic Brakes. It’ll gamely dispatch the 100km/h sprint from standstill in under 4secs, or roughly the time it’ll take you to take a deep breath, and on an open, unrestricted road, the Turbo will touch 286km/h - plenty fast by any standards. True to Porsche form, the Turbo Coupe isn’t just a straight-line hero, but can be wrestled around the corners with sufficient zest as well. It’s possessed with quite a wanton streak that is happy to exhibit its prowess, complete with a rousing soundtrack from its explosive V8.

The power is delivered in controlled bursts for highly intense bouts of fast road action that makes light work of the Turbo’s 2+ tonne kerbweight, and the V8 never feels like you’re close to running out of juice. The long-awaited Porsche Taycan has been launched. Here are some details about Zuffenhausen’s first all-electric sports sedan