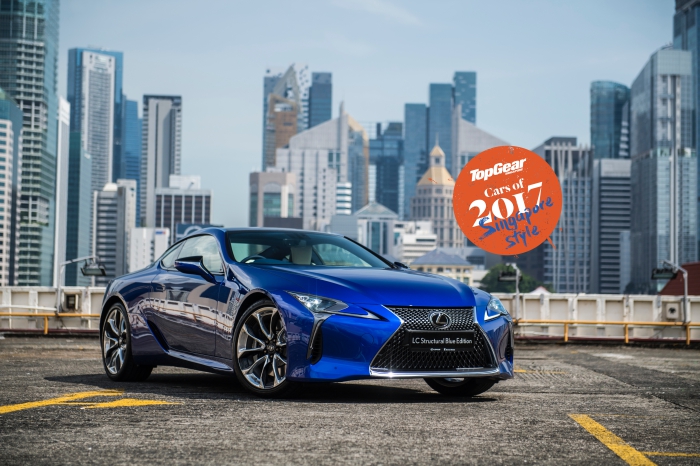 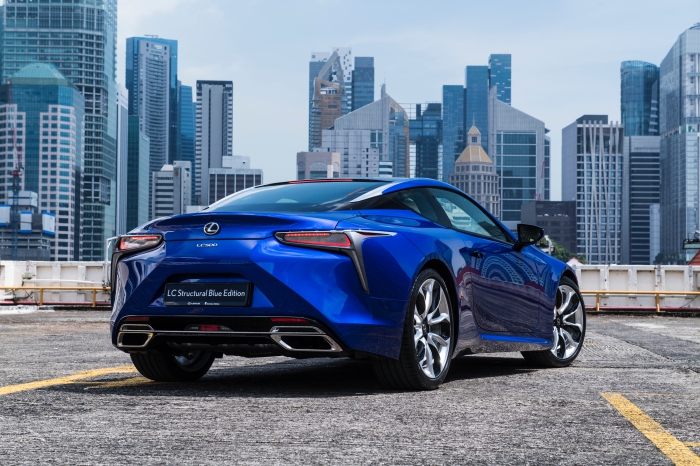 Singapore - We’re really big fans of Japanese sportscars, because for the most part, they don’t follow the same rules or template that make the efforts from the Europeans so familiar… and somewhat predictable.

Look at Lexus’s towering (and sadly discontinued) V10 kaiseki tour de force, the LFA, for instance – to us, that’s a veritable technology and performance powerhouse that stands toe-to-toe with the Ferrari and Lamborghini brigade.

That statement will invariably attract a fair share of scepticism and possibly b*tthurt, but that’s because the sad reality is not many have had the chance to drive the LFA (and/or see/hear it at full pelt) and it’s too easy to be blinded by peer opinion and badge snobbery. 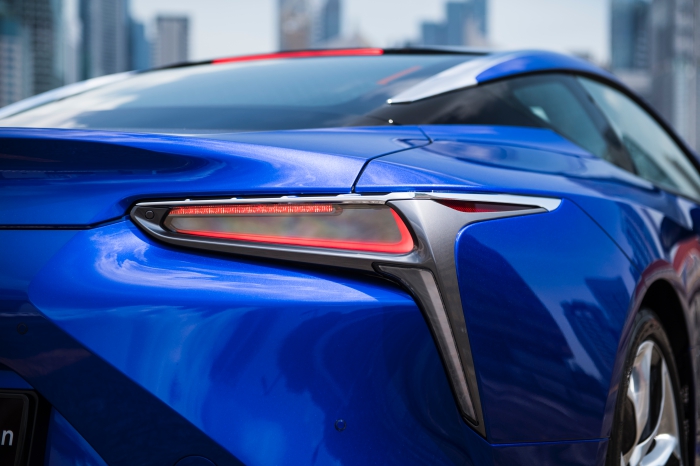 There hasn’t been a serious contender for the crown of Japanese super-sportscar since the LFA’s run of 500 cars ended in 2012, simply because there’s more to a sportscar’s pedigree than resurrecting a name.

The LFA was (and as far as we’re concerned, still is) a leftfield choice that was wildly theatrical and exotic, yet thoroughly and recognisably Lexus in personality and most importantly, proudly Japanese – in fact, we’re not embarrassed to admit we still lie awake some nights thinking about our drive in the car. 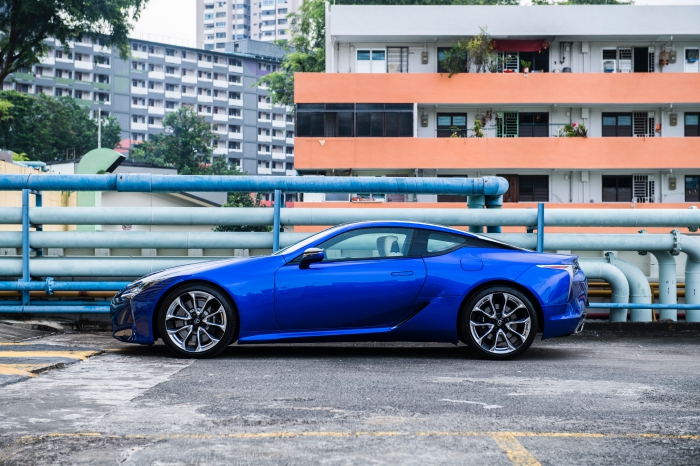 Today, the novelty of the Japanese sportscar has become ever more intriguing even as its numbers continue to dwindle through the years, as the brands from the Land of the Rising Sun focus on volume sellers instead of prolifically creating cult, fun-to-drive cars that were so common up to the early 2000s. 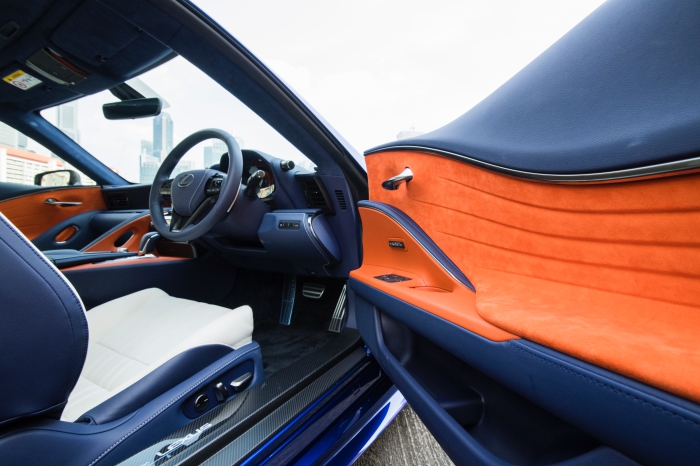 The LC 500 is no LFA successor, nor does it pretend to be, but it is Lexus’s attempt at an omakase sportscar, so only the freshest stuff goes into the creation of the brand’s vision of an all-rounded sportscar. What makes it special? 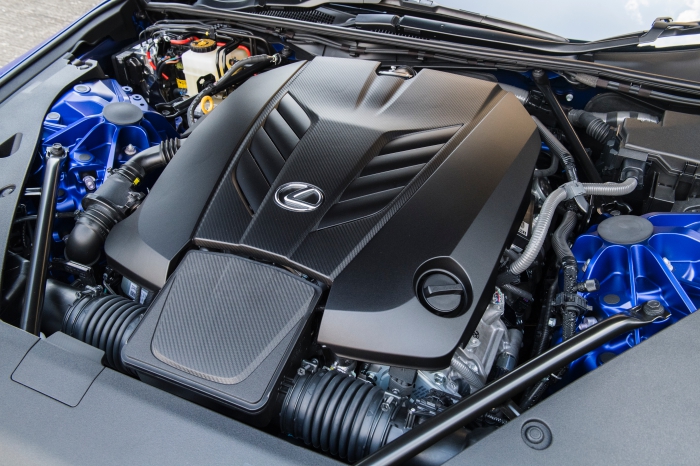 For starters, it is powered by the familiar gob-stopping nat-asp 5.0-litre V8 that sees service in the GS F and RC F models from Lexus’s performance arm. 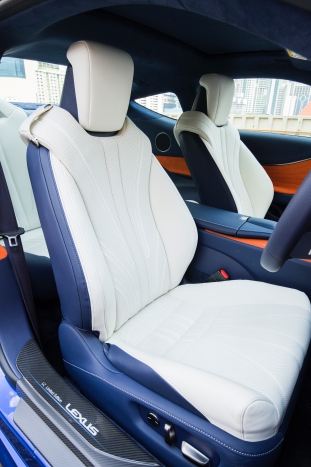 Although the LC 500 does without that magic ‘F’ in its model name, it’s no less rousing a car to drive than any of the F models, and we have to say we’ve really enjoyed our drives in the IS F and GS F. 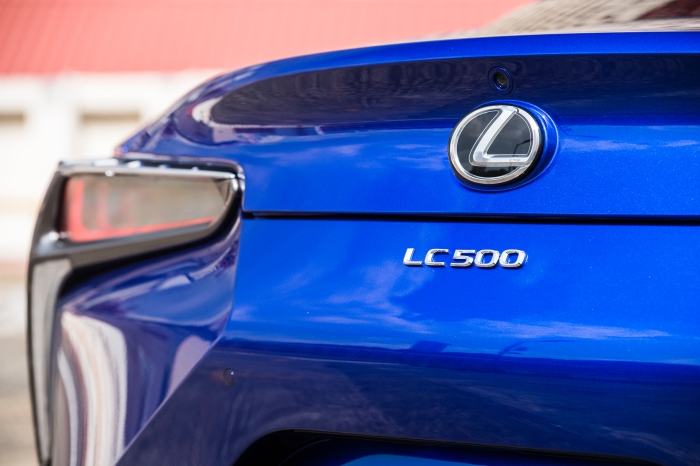 Moreover, it’s currently the only Japanese sports coupe in the segment to pose a compelling alternative to Maserati, Audi, BMW and to some extent Porsche, since it competes in the S$500+k price-point in Singapore. 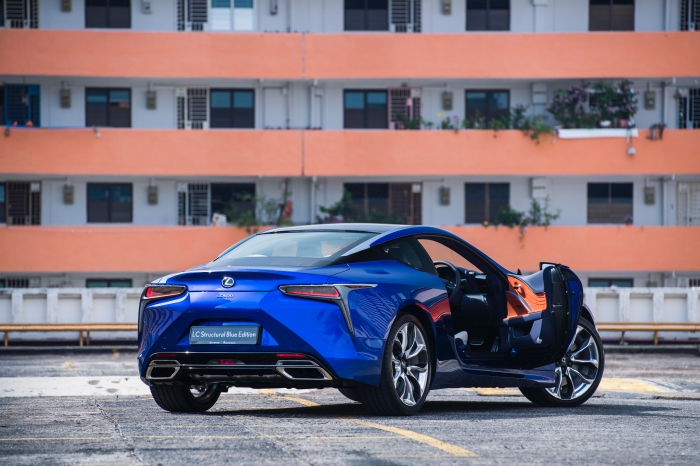 Like many of the better things in life, the LC 500 is a nuanced all-rounder that defies simple categorisation, because there’s a surprisingly snarly and sporty bent to its performance in spite of its seemingly urbane grand tourer credentials, which is more than can be said for some rivals. Lexus’s current edgy design language turns heads, but could also ostracise the older owners who better appreciated the brand’s conservative and ‘safe’ image. Then again, what did they say about breaking some eggs when you’re making a perfect omelette...

Unfortunately, it was this very ‘older’ image that alienated younger buyers and it is timely that the brand realises affluence and aspiration are not attached to a particular age. To some extent, the LC 500 is almost a thinking person’s sartorial choice of sportscar, unless you’re the sort that is hung-up over brands and badges. Despite its samurai-style aesthetics, it’s tastefully executed and not as flashy as a 911 or GranTurismo – people do look when you pass them by in the LC 500, but more in a, “What car is that?” manner, as opposed to a, “There’s another empty vessel making a lot of noise with the exhaust valves left permanently open again...” 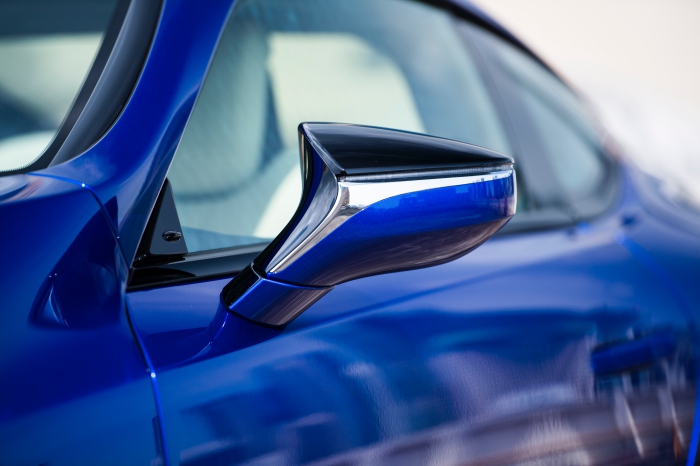 We had the good fortune of driving the LC 500 on both road and track, and it’s quite an eye-opener around the circuit, especially when you discover it’s a far sharper and snarlier instrument than the RC F – before we turned the LC 500’s wheel in anger, we initially had misgivings the LC 500 would be too much like the RC F, but it isn’t at all. 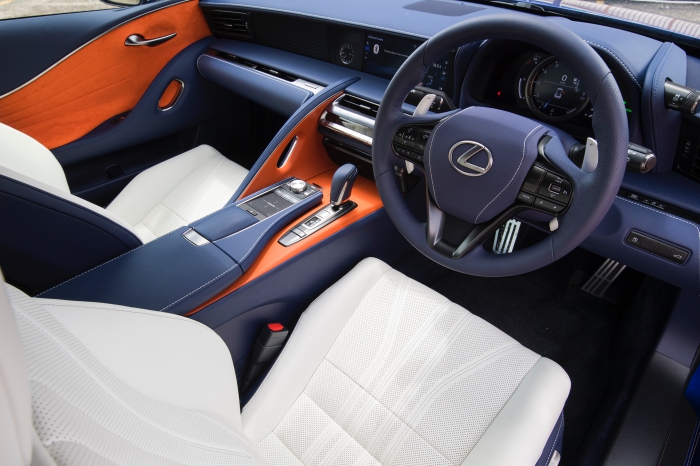 Although the cabin is plush and well-appointed, the LC 500 is always ready for a little rough-and-tumble, and the different drive modes really help create a different personality for the car. We like how the instrument dial morphs to reflect the chosen drive mode, almost in the same way a mood ring changes colour. The knob to toggle between the drive programmes is positioned on one side of the instrument cluster cowl (the control for the traction control and snow mode is on the other side), just like the LFA and the latest LS, so it is in good company. With ten-speeds to the automatic transmission, it’s a doddle to drive even in Eco mode, but the mode you really want to be in with that stonking, shouty V8 under the bonnet is Sport S+, because that’s when things take a turn for the surreal. It’s hard to imagine any Lexus short of a LFA behaving so wantonly, but the LC 500 does a great job of turning up your lust for the winding roads. If you’re in the cabin with the windows up, odds are the V8’s soundtrack is only a muted reminder to the engine under the bonnet because of how well the cabin is insulated. However, if you’re following this beauty from the outside, you’ll quickly appreciate the mental nature of the beast, because she’s got a strong set of pipes on her, and she isn’t afraid to be extremely vocal when you push the right buttons. The Structural Blue Limited Edition in the photos is a Luxury Grade variant that we chose for its colour. Our intensive drive was in the version with the Sport Package and we enjoyed that the most (it was featured in issue 69).

In case you’re wondering, the Sport Package includes the exquisite carbonfibre roof (produced using the same technique as the LFA), retractable rear spoiler, and most importantly, a limited slip differential and Lexus’s Active Rear Steering, which work with the dynamic handling package to endow the LC 500 with pin-sharp precision and control when tackling the twisties. There’s strategic use of carbonfibre elsewhere too, as the inner panels of the doors and trunk, and side sills are clad in the sexy stuff. There’s a strong sense that the LC 500 has been engineered by a passionate petrolhead, because it delivers the ‘feels’ in all the right places – you know what we mean: some cars feel so contrived you know it’s been worked over by the marketing people, as opposed to the people who actually ‘get’ such cars. The weighting of the controls, induction snarl, rousing exhaust bellow, actual driving feel and communication from steering and chassis, as well as the crisp, authoritative shifts from the magnesium gear paddles all lead us to think somebody who really cares about fast cars has ensured the LC 500’s heart is in the right place, as opposed to merely leaving things to a focus group committee. Very few cars today offer such a compelling blend of precision and panache, and it would surprise many cynics out there to learn that the LC 500 is one of them. With omakase meals, you tend to get what you pay for, but with the Lexus LC 500 flagship coupe, we can’t help but feel the owner enjoys a lot of car for the money...