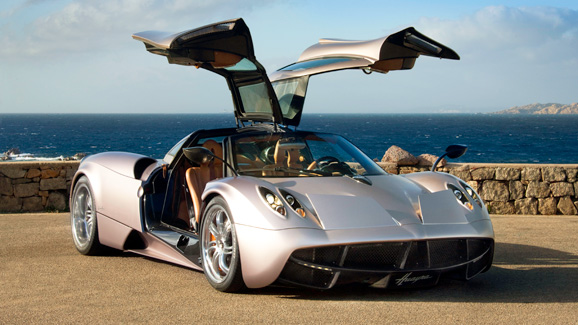 Pagani has finally revealed its much rumoured and much anticipated successor to the Zonda: Top Gear fans, meet the Pagani Huayra.

The Huayra, pronounced h-wire-a, is only the second model to emerge from Pagani, and features a twin-turbo 6.0-litre AMG V12 producing 730bhp and 811lb ft of torque.

Pagani hasn't released performance figures, but rest assured they will be lightly shattering; that 730bhp AMG V12 - made specifically for Pagani - only has to propel 1,350kg of Huayra, and the tyres are rated to 230mph.

At its heart, the Huayra's tub is constructed from Pagani's exclusive carbon-titanium, inside which sits that monster AMG engine and a bespoke seven-speed paddleshift transmission from Xtrac. The suspension is a race-type pushrod setup, with adjustable Ohlins dampers and aluminium alloy wishbones.

The tech on the Huayra reaches a veritable zenith with four individual computer-controlled flaps on the car's upper surfaces, allowing the downforce on each corner to be controlled. Yes, programmable downforce in a road-car.

It gets gullwing doors, and the central console inside is machined from a solid billet housing a multi-function screen. As you can see from the pics, the interior is a work of automotive art.

Mr Pagani also reckons the Huayra can achieve 23.5mpg on the combined cycle, which, taking into account everything you have just read, is nothing short of a marvel.

We've got the full scoop on this near EU1 million Italian exotic in the new issue of Top Gear magazine, on sale now.

Caught your breath back? 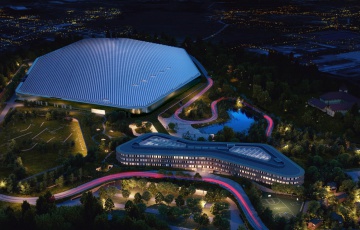 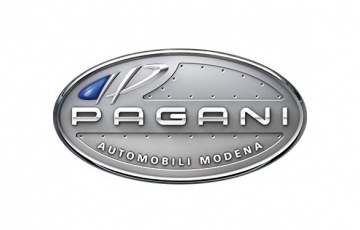 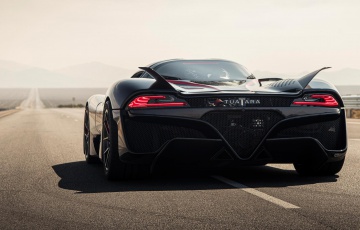