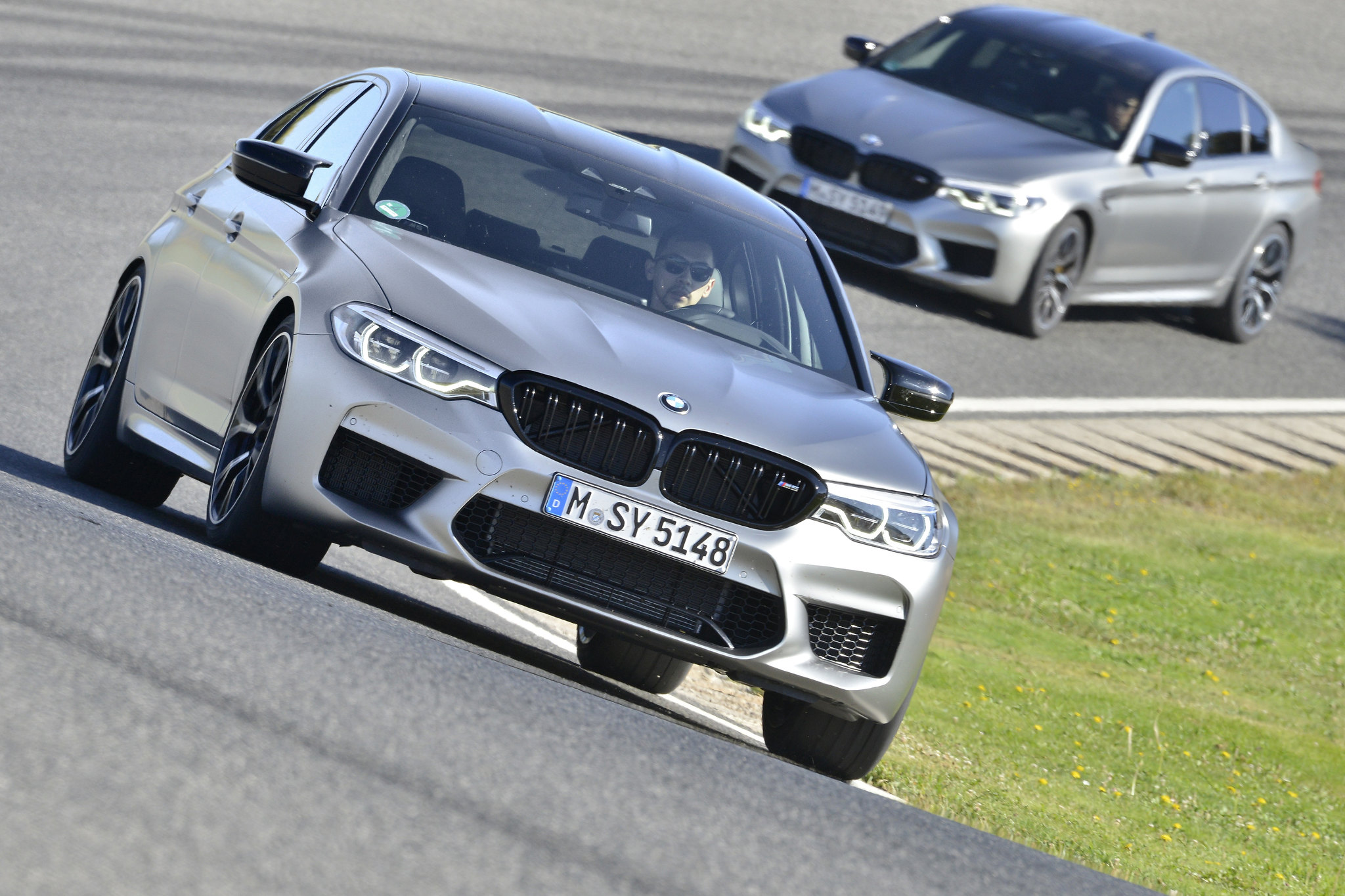 There must be plenty of things for a petrolhead to see in the closed garages of Ascari Race Resort. The legendary track isn’t just a wonderfully complete driver’s circuit, it’s also a playground for the rich and petrol-beguiled.

As our shuttle pulls into the staging area, I get a peek into one of the garages. It doesn’t hold what I saw here the last time - a BMW DTM car in Art Car colours - but a healthy stock of front bumpers for the new BMW M5 Competition. I can’t say I am entirely surprised.

The current BMW M5 has all-wheel drive. Having just debuted in Singapore, we tested it recently on local roads, concluding that it’s more drivable and nimble, with AWD adding good forward traction, it’s still a car that demands 600hp-worth of respect from normal drivers. 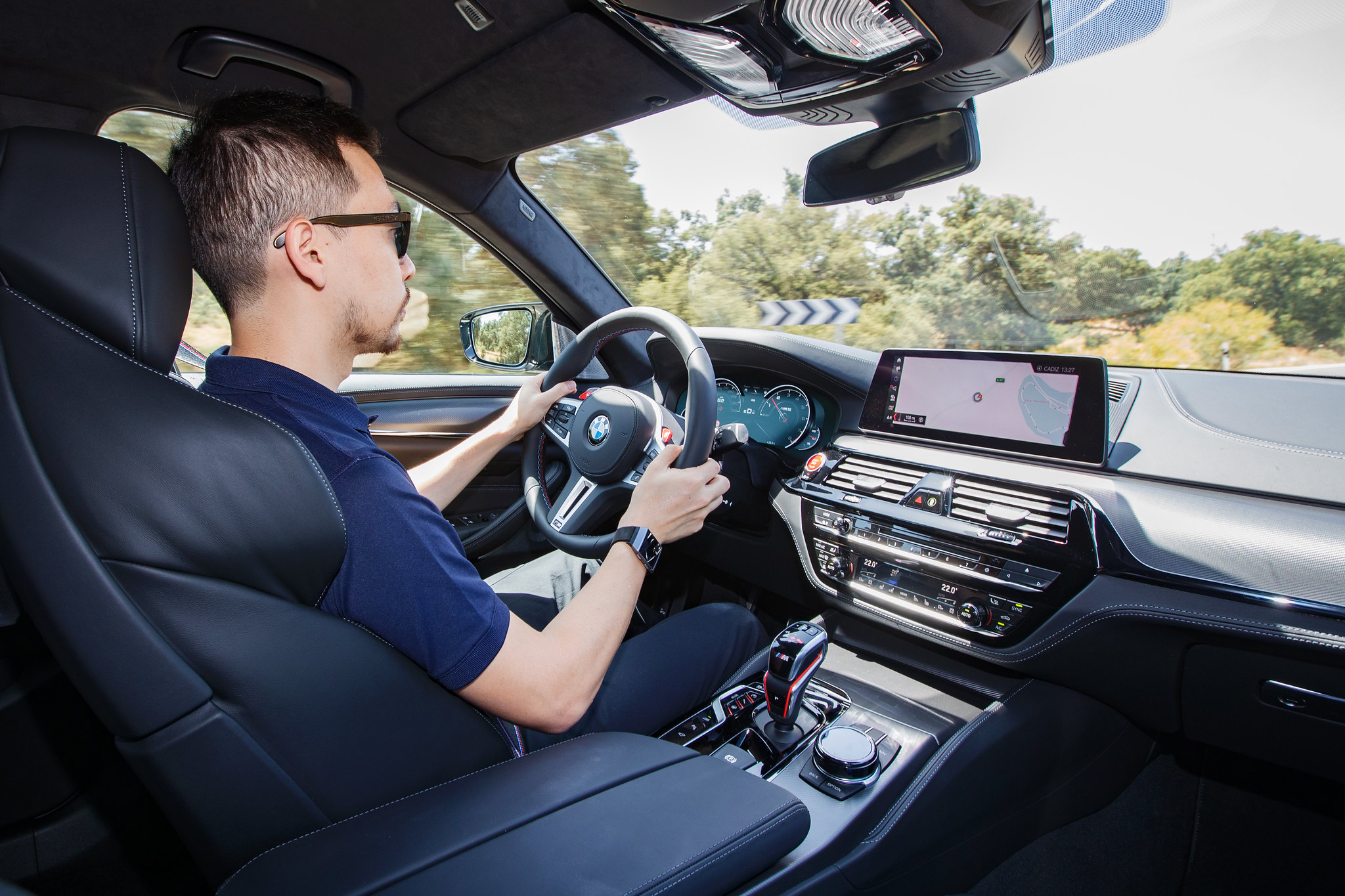 Progress is certain. But when it comes to car brands, the fanatical cries for blood from purists witnessing the changing of tradition can often rival that of football hooligans, political thugs, or religious hard-liners. Volume and frequency of the cries aside, their content is similar because of a dogged refusal to compromise.

That can be admirable under certain circumstances, but you be the one to tell a BMW M purist that there are Jaguars which are quicker in a straight line, or Kias that are more fun to drive at half the price.

When all-wheel drive appeared in the current F90 BMW M5, it was merely another signpost on the road midway to Heresy, population M, the previous turn-off being that of the most foul of sins, turbocharging. But all-wheel drive makes complete sense in the M5, and the sharpened BMW M5 Competition model simply confirms that notion. 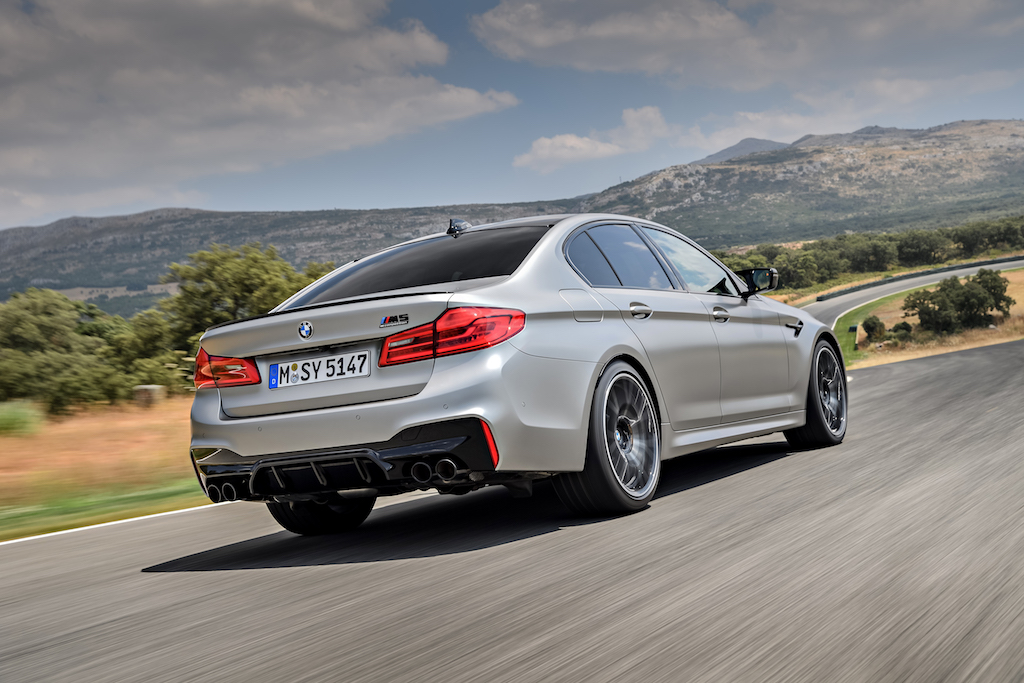 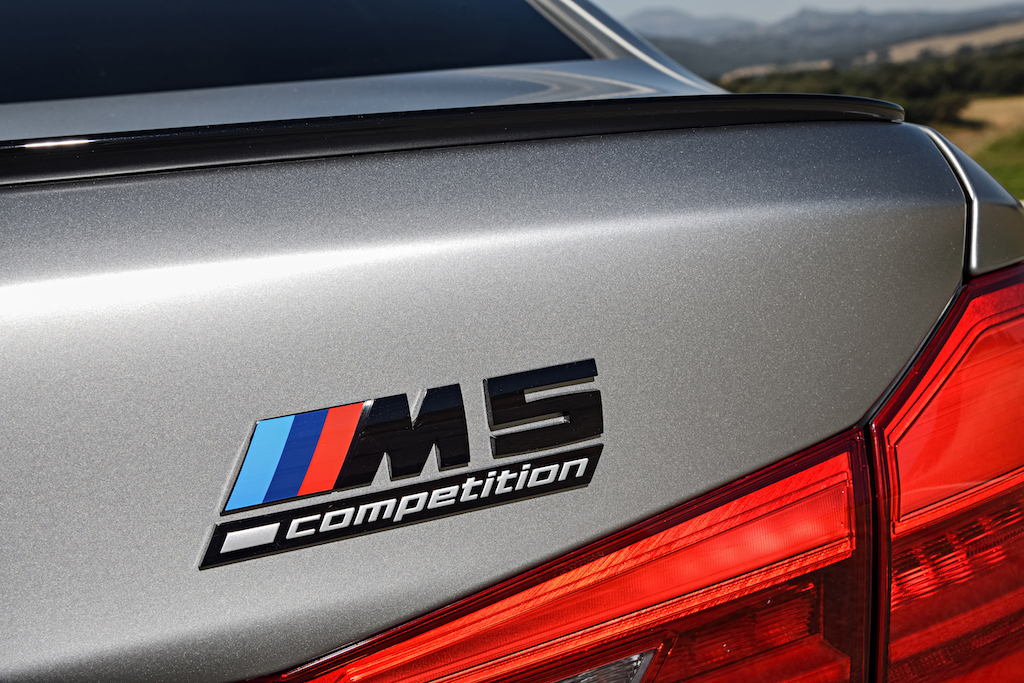 There's a raft of changes that the Competition model brings, and besides it ushering in a new way of looking for/buying a BMW M car, it’s clear to see why. Like the M2 Competition, it comprises a raft of subtle exterior touches paired with mechanical improvements that generally focus on improving the car’s handling and dynamic responsiveness.

But the M5 Competition’s 25hp power boost is hardly a new thing, especially in a car we thought had more than enough power eight years ago.

You see the previous F10 BMW M5 launched with 560hp. Back in 2011, that was a shitload of power, and even today, still nothing to sniff at. BMW M has upped the ante incrementally, 575hp with the Competition Pack, 600hp post-facelift, the same the standard F90 M5 makes, and now the new M5 Competition with 625hp, and 750Nm of torque.

It’s a vaguely ridiculous figure, especially given the F10 M5 was not just ludicrously fast and powerful, it was also tricky to drive with ESP on, even in, MDM and with DSC Off it was the realm of driving gods. 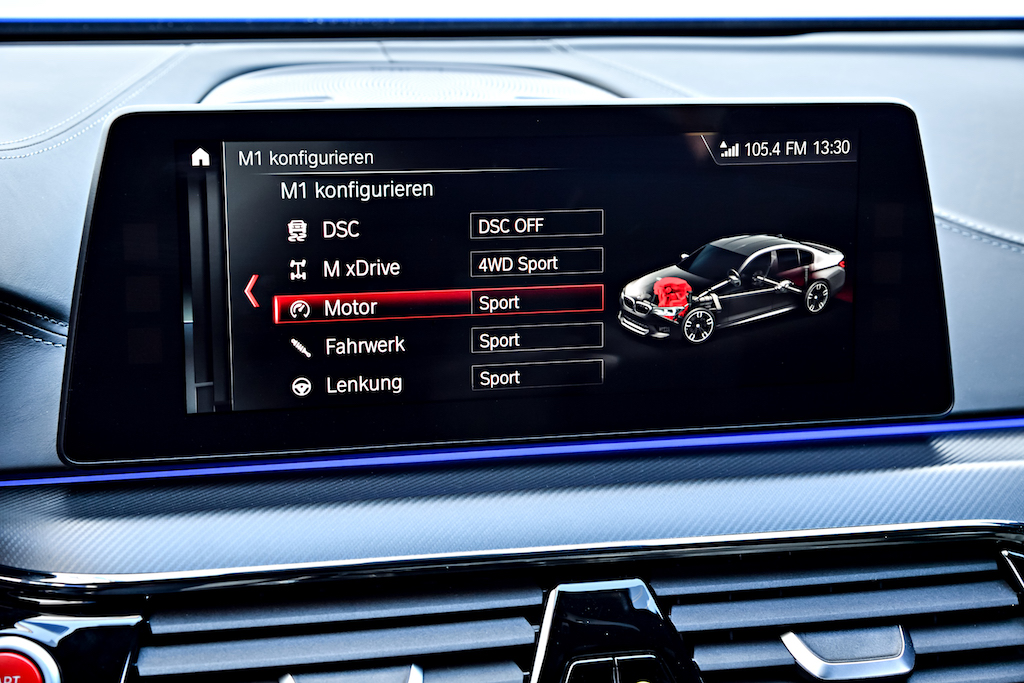 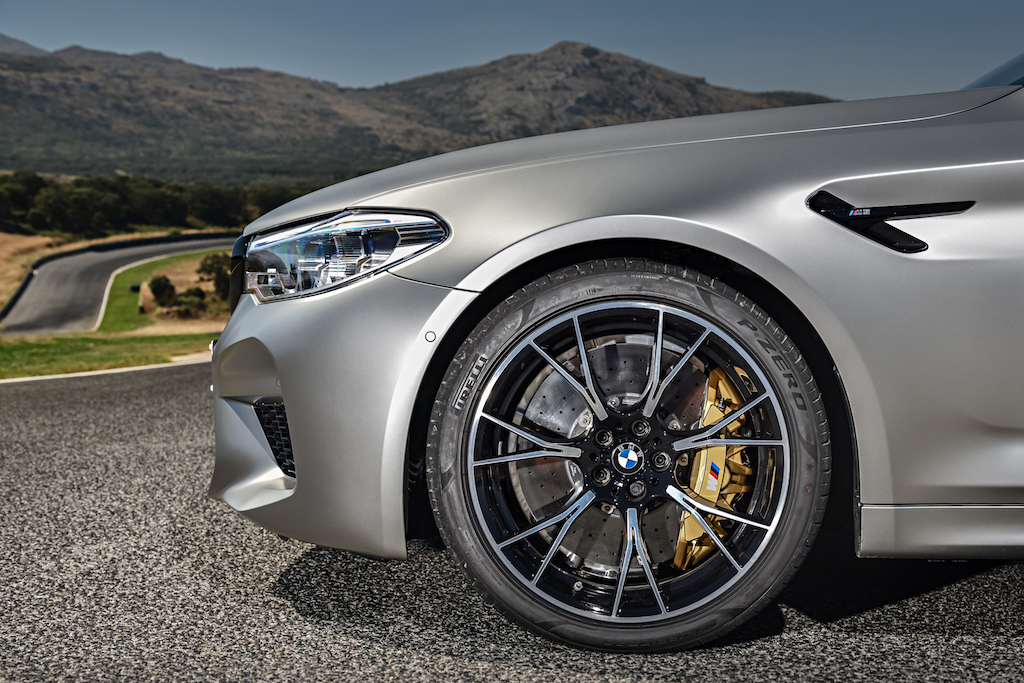 I have no qualms saying that I was more scared than thrilled by the words ‘625hp, M5, on Ascari’. It also didn’t help with the driver’s briefing happily recommending everything in Sport Plus, and DSC Off, once up to speed, so I also remembered the stock of bumpers, and wondered why BMW M was in such a hurry to destroy its press fleet.

After the rollercoaster ride that was the M2 Competition, I failed to see how the gigantically powerful M5 on Ascari could be anything but a sphincter-puckering experience in gentleness, but I was very wrong.

The M5 Competition might not be the enthusiast driver’s first choice when it comes to ripping around a circuit, but it’s far from the last. In the way that a big grand tourer is easier to drive fast on highways and wide A-roads, it’s patently obvious the M5 Comp has the stability and drivability to allow even a non-professional driver to access much of its performance on track.

Roaring through Turn 1, the M5 Comp doesn’t just feel anaesthetically glued to the road in the way modern high-grip, thick-tyred cars do, you also get a rather good idea of what’s happening, despite the refinement, the plush leather seats, the 2.0-tonne weight, and five-metre length.

I mention all that because it has much more feel and track-ability than a car with those dimensions would imply. In contrast, the BMW X6 M, which has a similar engine and xDrive, was nowhere near as easy to drive on a circuit, within a handful of laps. The warm up lap goes by and I’m not just still alive, the car in one piece, I’m thoroughly enjoying hooning the M5 Competition around Ascari and pushing it further. Rocketing it right out of the slow corners we had to pussy-foot around in the M2, it’s a very different, though no less enjoyable experience.

The first time we hit the back straight on a full hot lap, is also the first time we get anywhere near full throttle is true brutality-in-velvet-glove, the V8’s tremendous acceleration is unrelenting.

While the additional 25hp means just 0.1 seconds quicker in 0-100km/h time, it shaves 0.3 seconds off 0-200km/h. At 10.8 seconds, that’s on par with the Ferrari Portofino, and on track that translates into ‘holy shit how can a big sedan go this quick’.

180km/h might be fast for Sepang, but for Ascari’s short start-finish ‘straight’ (’it’s double-kinked) it is capital F fast, and the strong, feelsome brakes are more than up to the job, though we’d not hesitate to recommend ceramics for something this powerful and large. Despite the big power figures, xDrive really does make the M5 much more manageable even with DSC Off, we had no big pants-browning moments nor difficulty exiting slow corners, which is where the old M5 would had its TC lights blinking like mad, the driver sensing the modulation of the electronic nannies.

On the road, the M5 Competition’s increased prowess translates into a busier ride quality, that makes it a little more unsettled, but the GT qualities of the car are still in full effect. Our B-road run around Ascari was much more cautious, not just because of the dusty roads, but also the M5’s continued ability to mask how much speed and momentum it can build up at a moment’s notice.

Still, even in the mountain hairpins and ascents, it proves that BMW M’s engineers were right with AWD, and with the increased handling prowess of the M5 Competition, it shows the F90 has far eclipsed the F10. AWD and turbocharging might be heresy, but with the M5 Competition, they might be the groundwork for a renaissance of driver-pleasing BMW Ms. 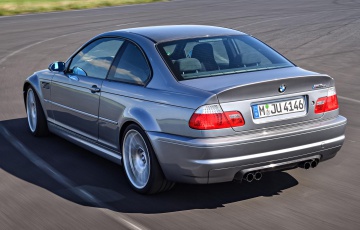 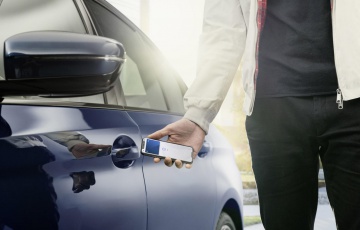 Can AC Schnitzer’s mods turn the X3M into a great car?