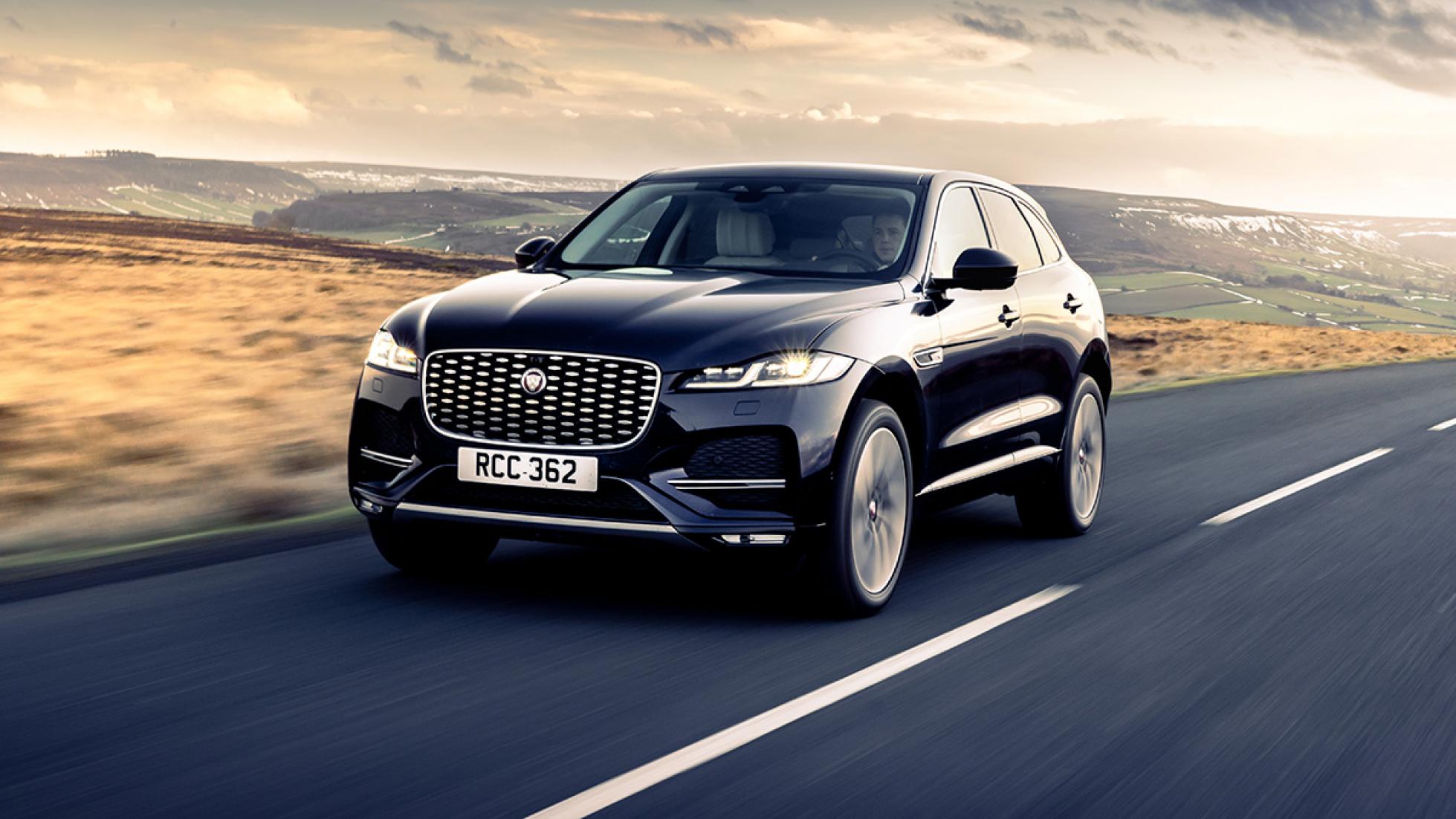 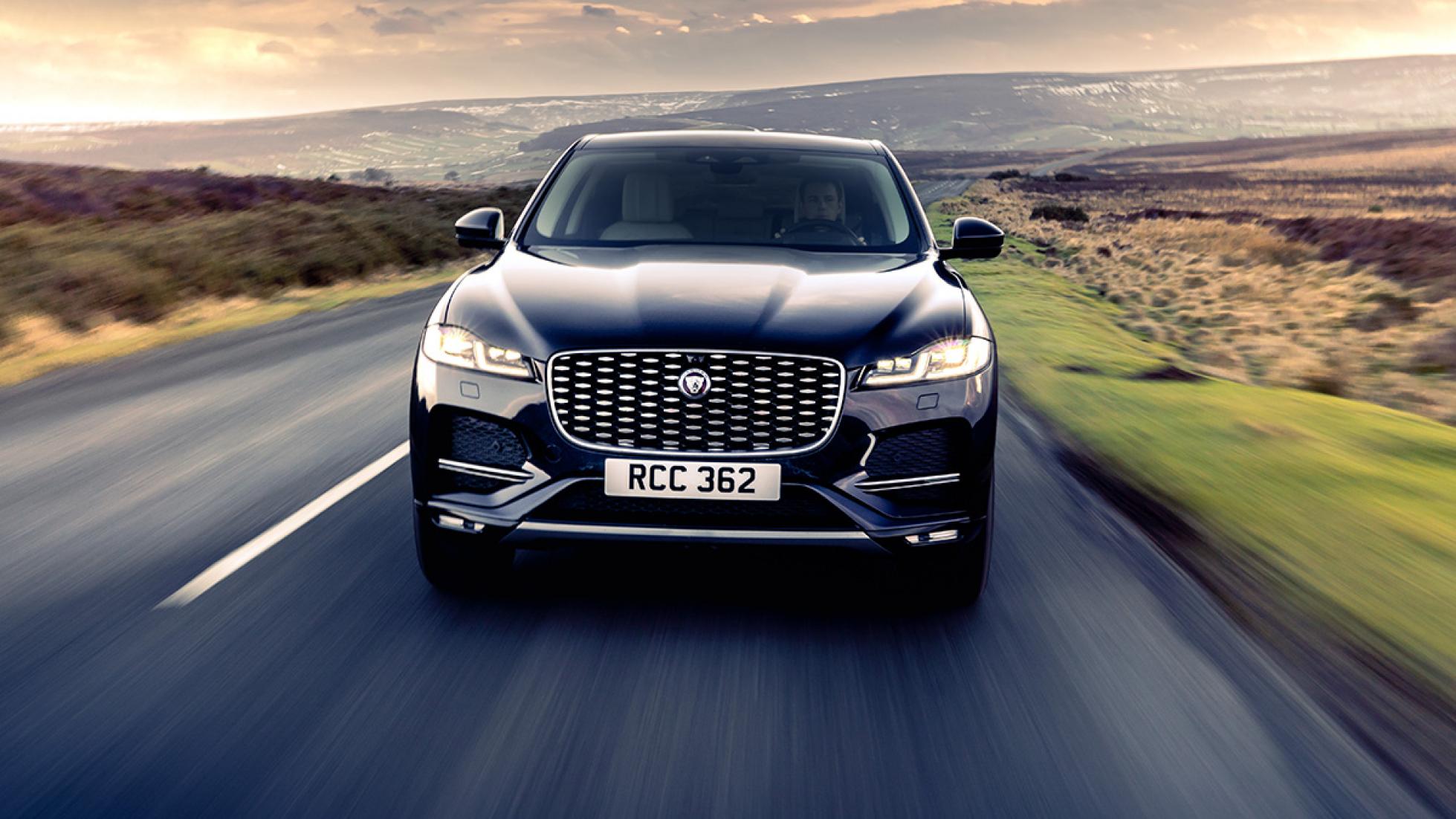 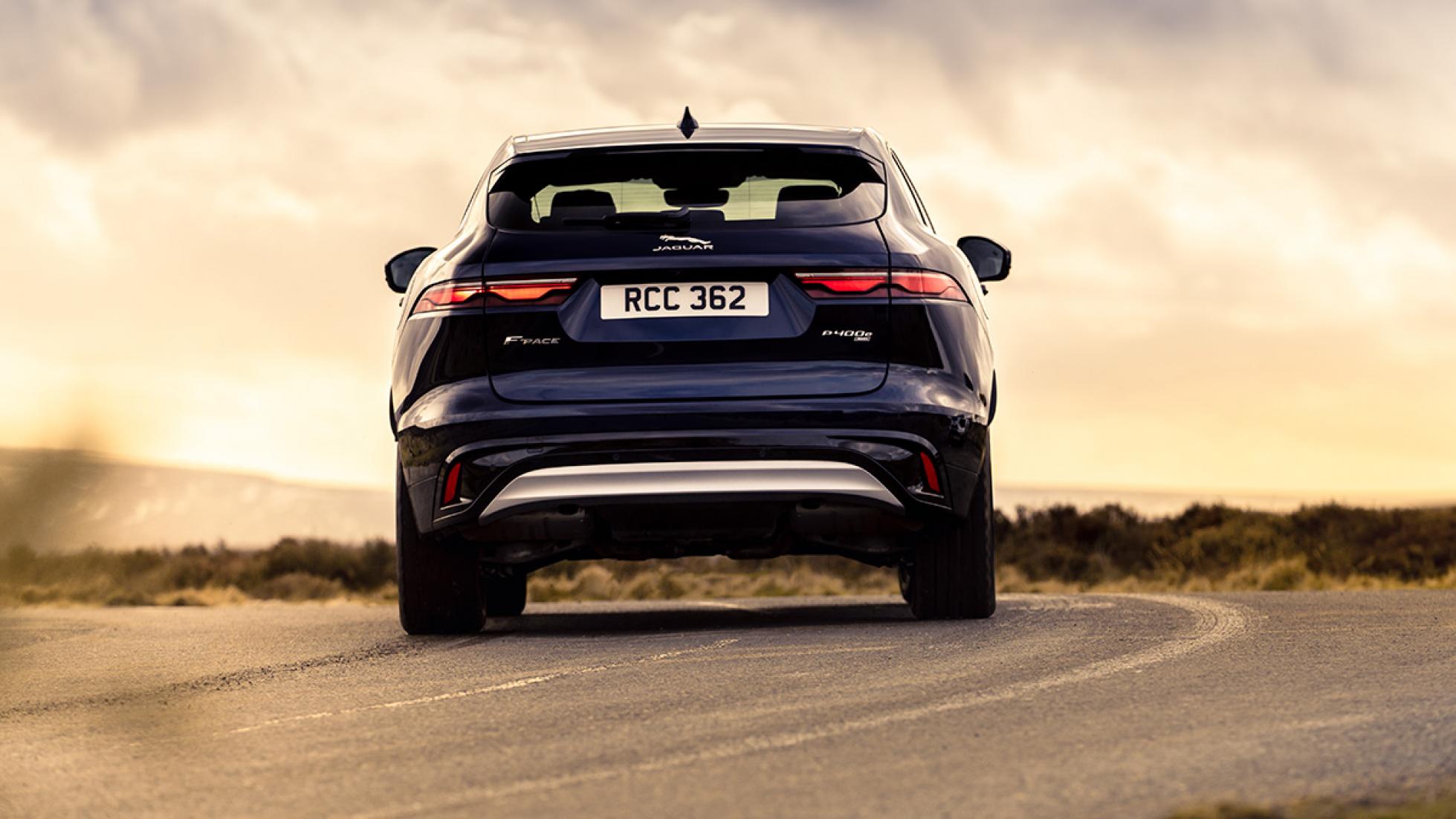 Look, just the plug-in we’ve all been waiting for.

Alright, settle down – no one’s making you wear sandals. The nice thing about something like the F-Pace giving you the plug-in hybrid option is that you can have your gigantic SUV cake and scoff it.

Amazing. Will it really do that?

So what’s the point?

It makes it that bit more efficient. It’s great around town in EV mode – you get your ‘up to’ 53km to waft around pumping out zero emissions and a 2.0-litre 4cyl petrol with an eight-speed auto, four-wheel drive and all the electronic gubbins you could want when you run out. Or want to go a bit faster.

Haven’t they just given the F-Pace a facelift?

Have they… As you climb onboard you can appreciate the effort Jaguar’s put in – the old fussy layout has been junked in favour of spiffier materials, a sleeker look and a decent infotainment system.

It all feels a bit more premium and there are nifty touches like road noise cancellation and cabin air ionisation. We’re not even sure what that last one is, but it sure sounds luxurious. The latest version of Jag’s head-up display works nicely too, with information clearly displayed.

You won’t feel short-changed as a passenger, either – there are heated reclining seats in the rear and plenty of room in the back too, and the new Pivi Pro infotainment system will connect two phones at once via Bluetooth so that either can be answered while driving. Handy for drug dealers or couples, one supposes.

Speaking of the new infotainment set-up, it does look very nice. Happily it also works well, with a streamlined structure and sensible layout. Jaguar has struck a nice balance between cramming things in the touchscreen system and leaving a few useful buttons out around the place. 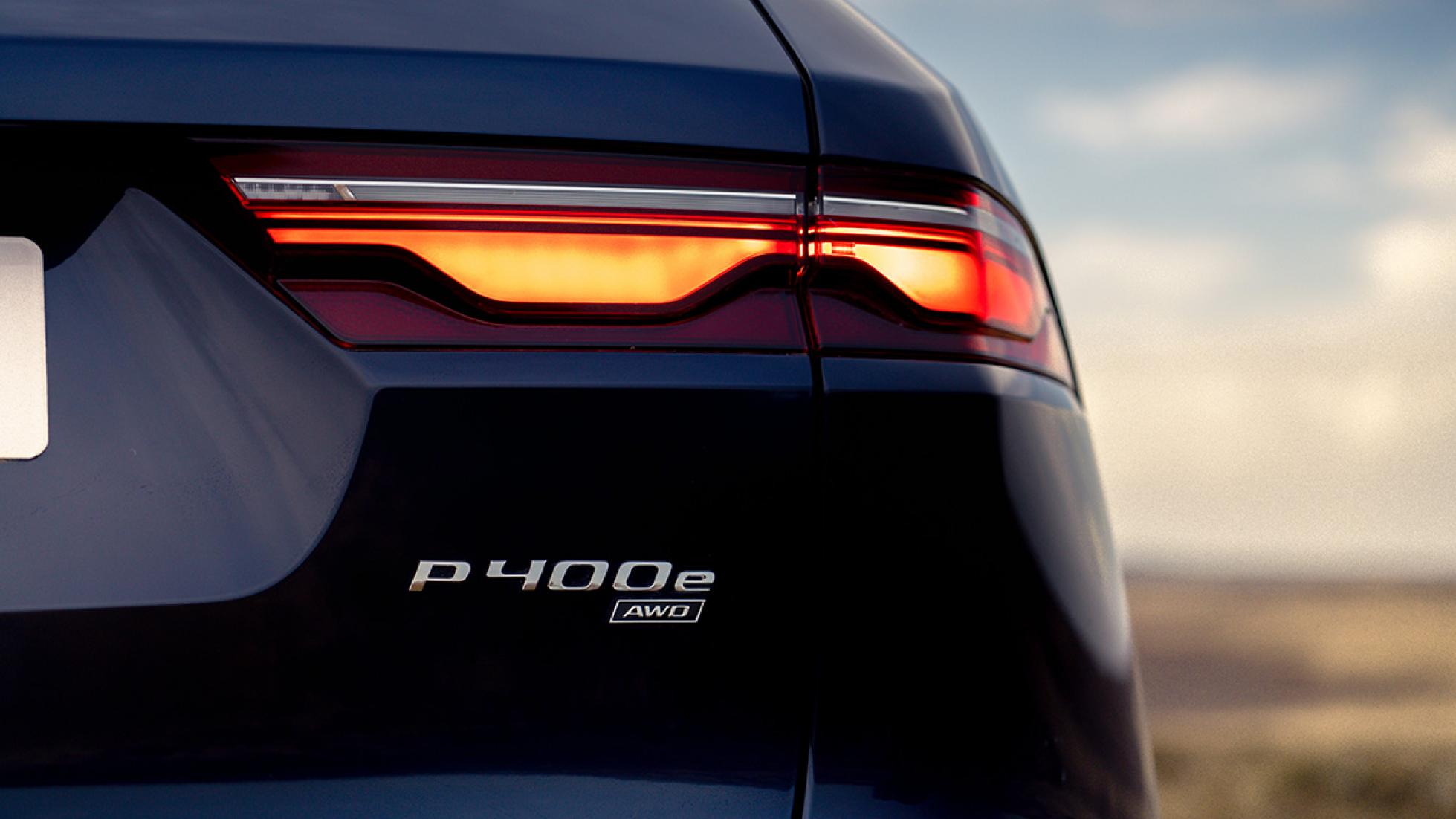 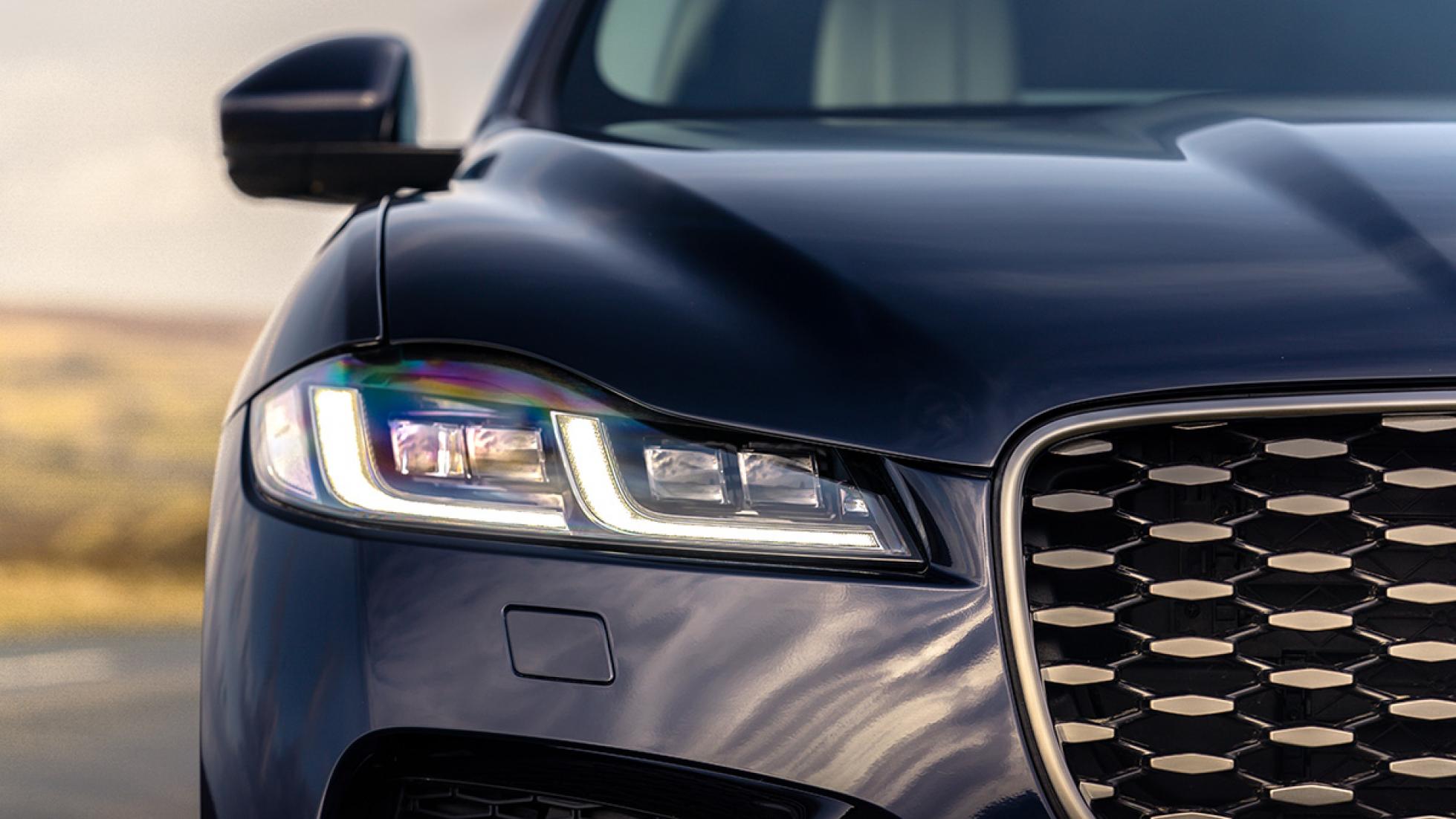 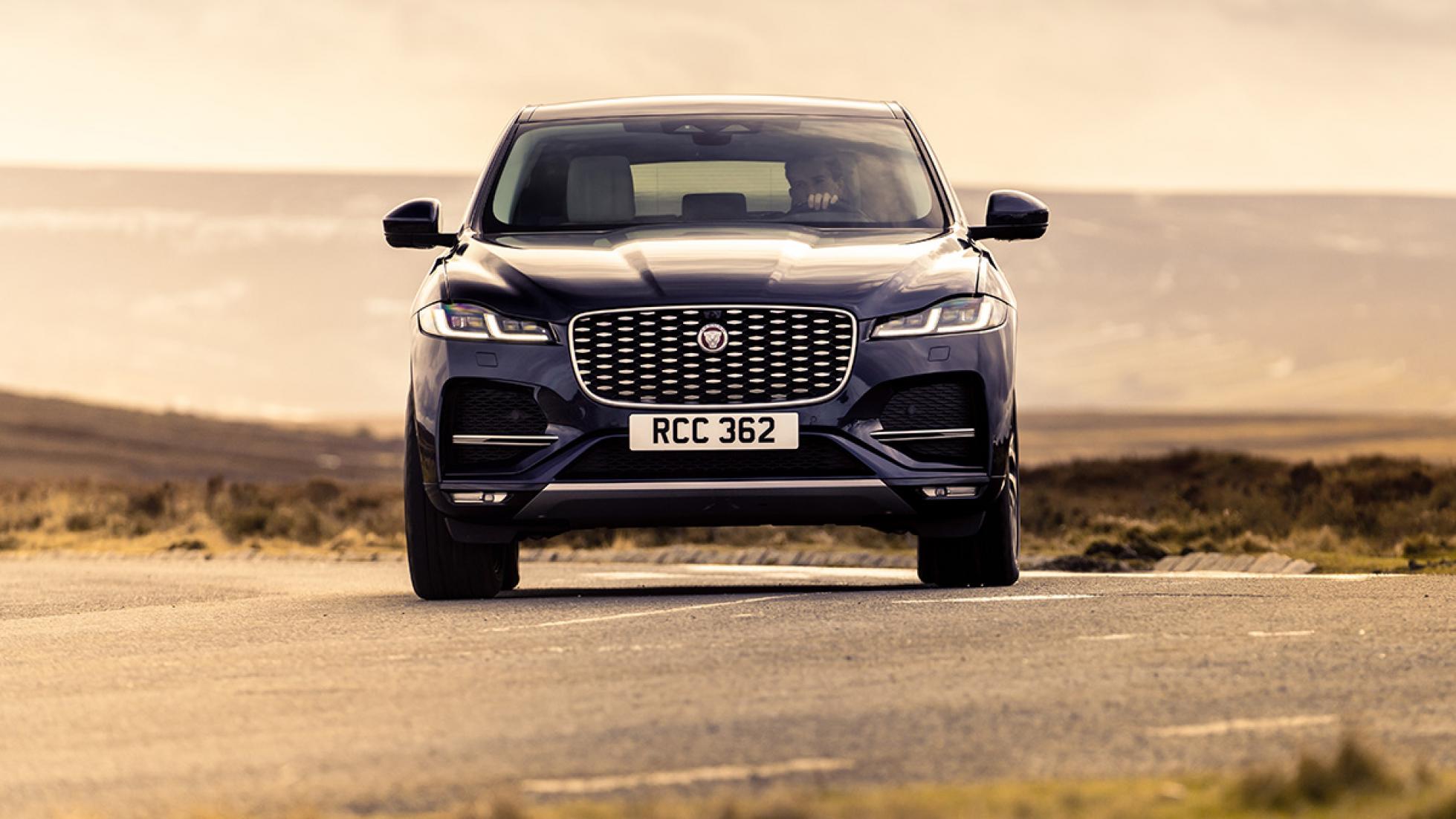 We can’t really tell you, so it must be working pretty well. The system monitors road surface noise and calculates the opposite sound wave to pump into the cabin. It keeps things nicely hushed on the move, a much better use of the speakers than flooding the interior with fake V8 noise. You don’t really hear the transition between combustion engine and electric drive, or too much roar from the road.

So how does the electric tech work?

It’s very simple as plug-in hybrid electric vehicles go – you just need to charge it and go. There’s no geeking out with regen modes or anything like that, this F-Pace is at its best in the sort of comfort-oriented tinkering about the place that premium cars do best.

There’s a 105kW electric motor mounted between the 300hp 4cyl Ingenium motor and the eight-speed ZF auto transmission. The car’s AWD set-up is a ‘real’ mechanical one then, rather than the pretend sort you get when there’s an electric motor on the rear wheels.

There’s a 17.1kWh battery underneath the boot floor (which doesn’t significantly impact on bootspace) that fills up either using the 7kW onboard charger or you’ll get 32kW out of a DC fast charger if you’re out and about.

Officially you’ll get 53km of electric-only driving out of the battery, more realistically something around 40km, or the electric motor can provide able assistance to the 4cyl petrol engine.

We didn’t drive the car long enough to get a decent feel for overall fuel consumption, but it seems like it’ll beat diesel economy if you keep the battery fairly regularly topped up.

The electric motor produces a reasonable 141bhp by itself. In any other car that wasn’t two tonnes that would be impressive – you can drive on the electric motor up to 140km/h, if you handle the accelerator carefully, like you would say a hangry toddler.

A little dash display tells you how far you can push it before the engine will intervene, or in EV mode you can put your foot to the floor and it will maintain sedate progress. 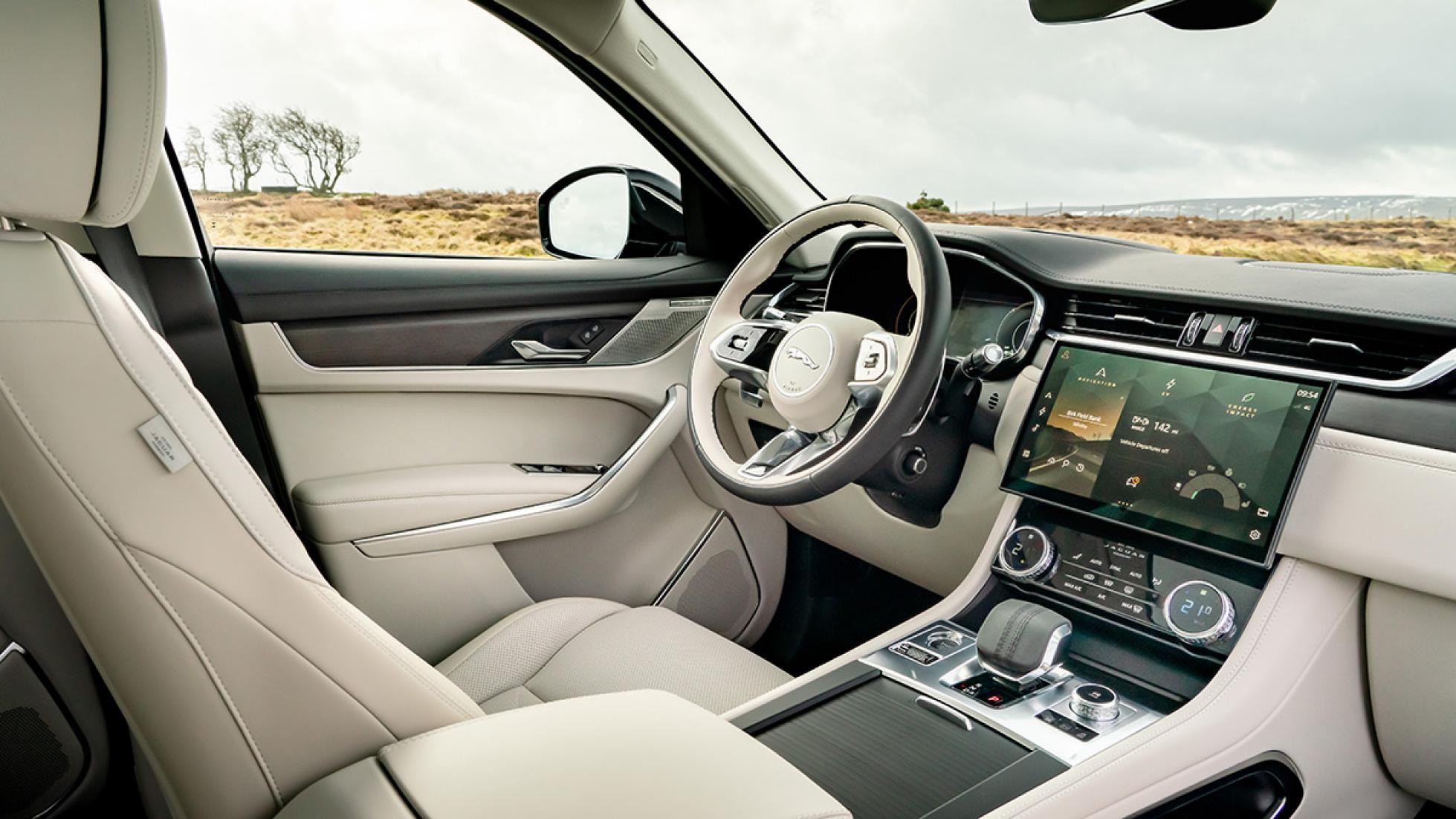 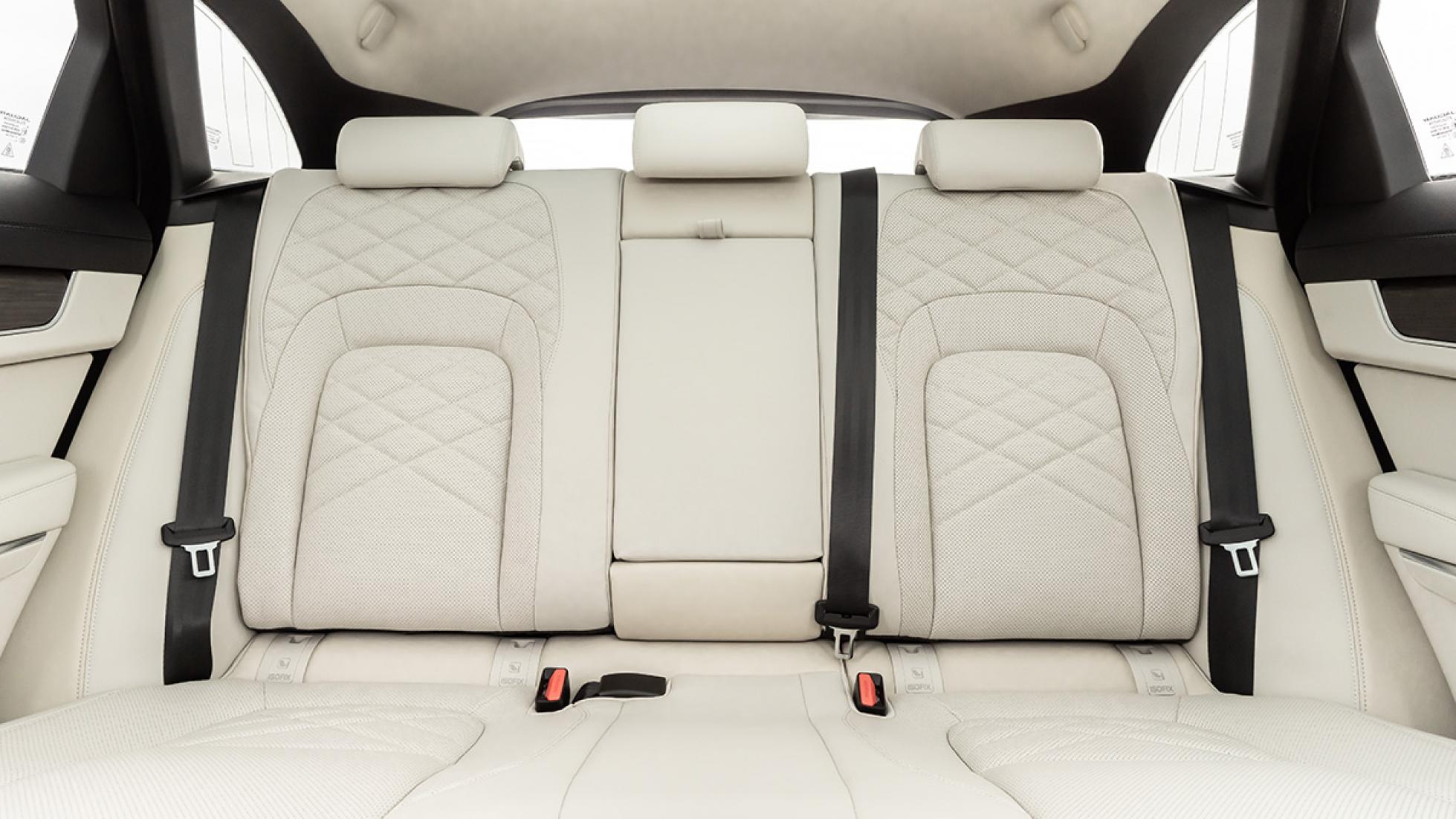 It’s a big, tall car this – so there’s wobble on the move. It leans through corners and while switching to the Dynamic driving mode filters out a lot of that, it’s at the expense of a firmer and more compromising ride. It also winds the engine up a bit, so it’s probably best used strategically for overtaking and other special occasions.

There’s a bit of lag when you give the car full beans as it decides precisely how many beans you need and where to send them. The 398bhp and 472lb ft that the F-Pace plug-in can muster with both motors combined isn’t to be sniffed at, and the 0–100km/h run can be dispatched in 5.3 seconds if you’re in a desperate rush.

The car’s Comfort setting is the best option – you aren’t going to want to hustle the F-Pace too much, especially if you’ve got passengers flailing around in the back. It’s a generous cruiser, offering comfort and refinement. There’s a reassuring heft to the steering – the car doesn’t try to disguise its weight – but that doesn’t necessarily translate to feel.

Should I buy one?

The I-Pace is the elephant in the room here, because it’s much cooler than the F-Pace and disguises its beastly SUV status well. And yet this plug-in electric F isn’t so much about saving the planet as saving on some of the running costs of an F-Pace, especially the company car ones – the benefit-in-kind tax rate for the car starts at just 11 per cent.

Electrification adds to the F-Pace’s character, though, rather than compromising it. You’ll want to plug it in and get the most out of the electric set-up, where with some cars you tolerate the experience.

If you’re in the market for a luxobarge SUV this Jaguar deserves a good look – it carefully undercuts both the Audi Q7 plug-in and the Mercedes GLE PHEV on list price, offering an alternative to the German hegemony. JLR has made a touchscreen you don’t actually touch

‘Predictive touch’ tech is supposed to be less distracting