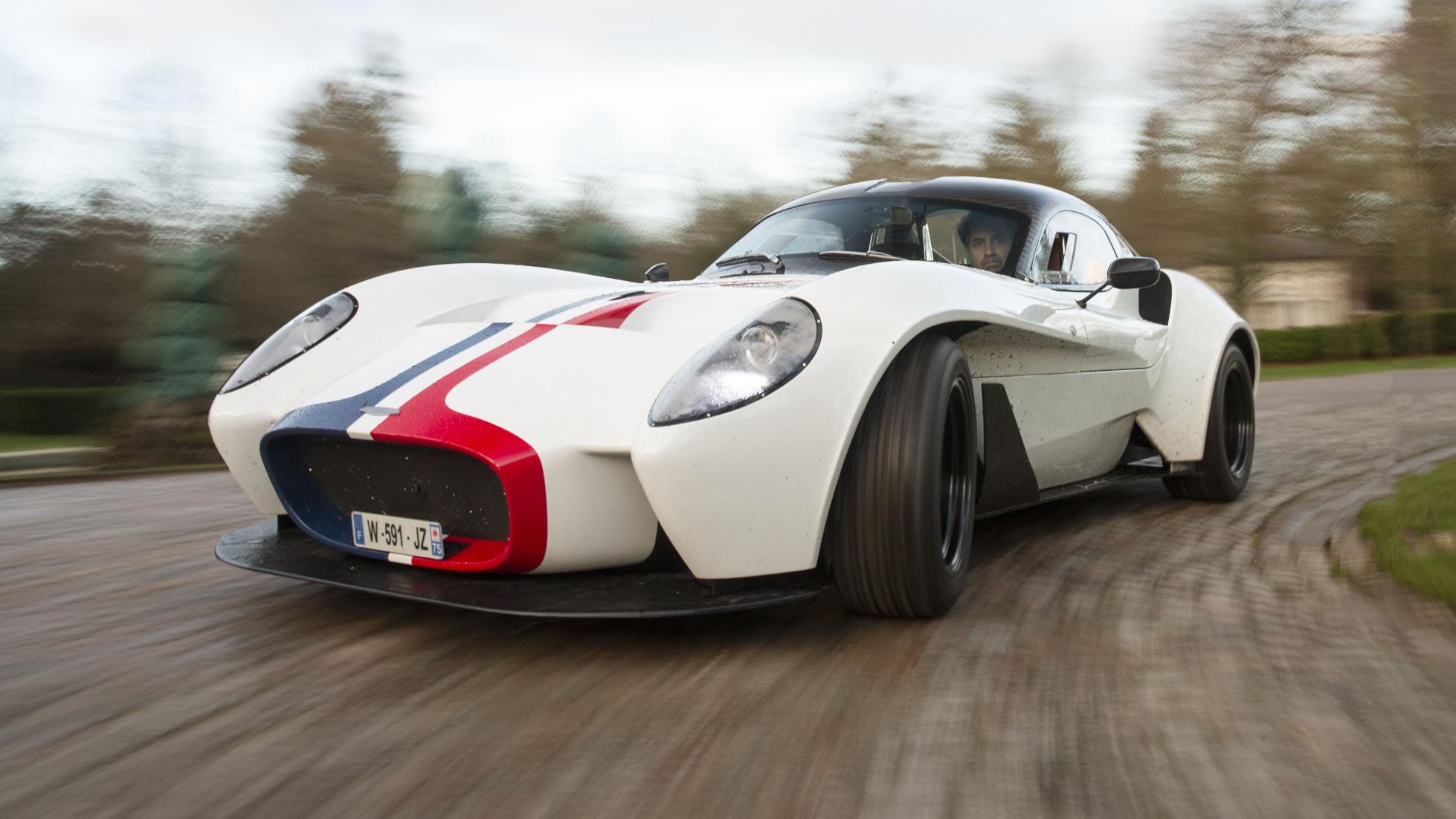 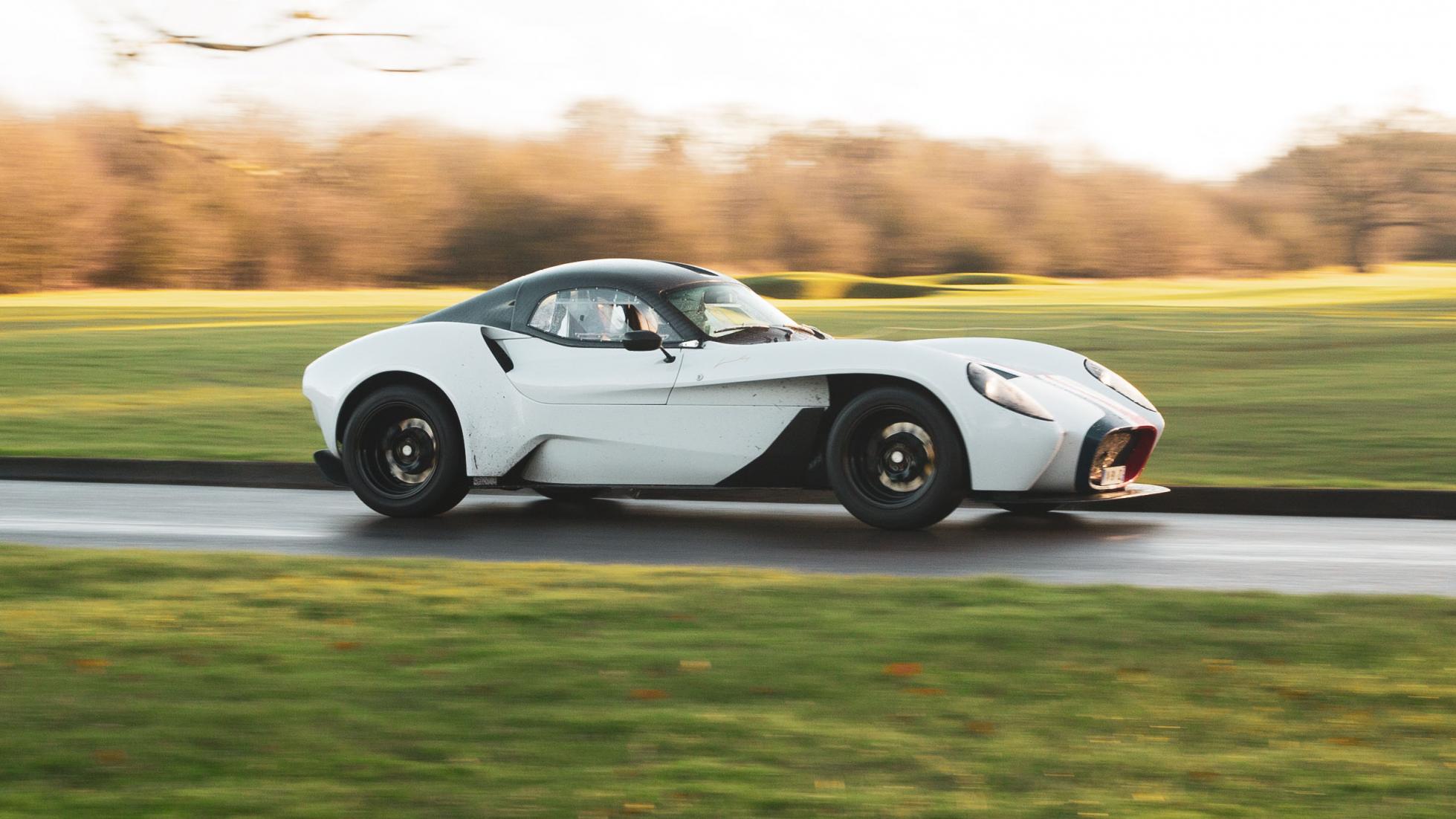 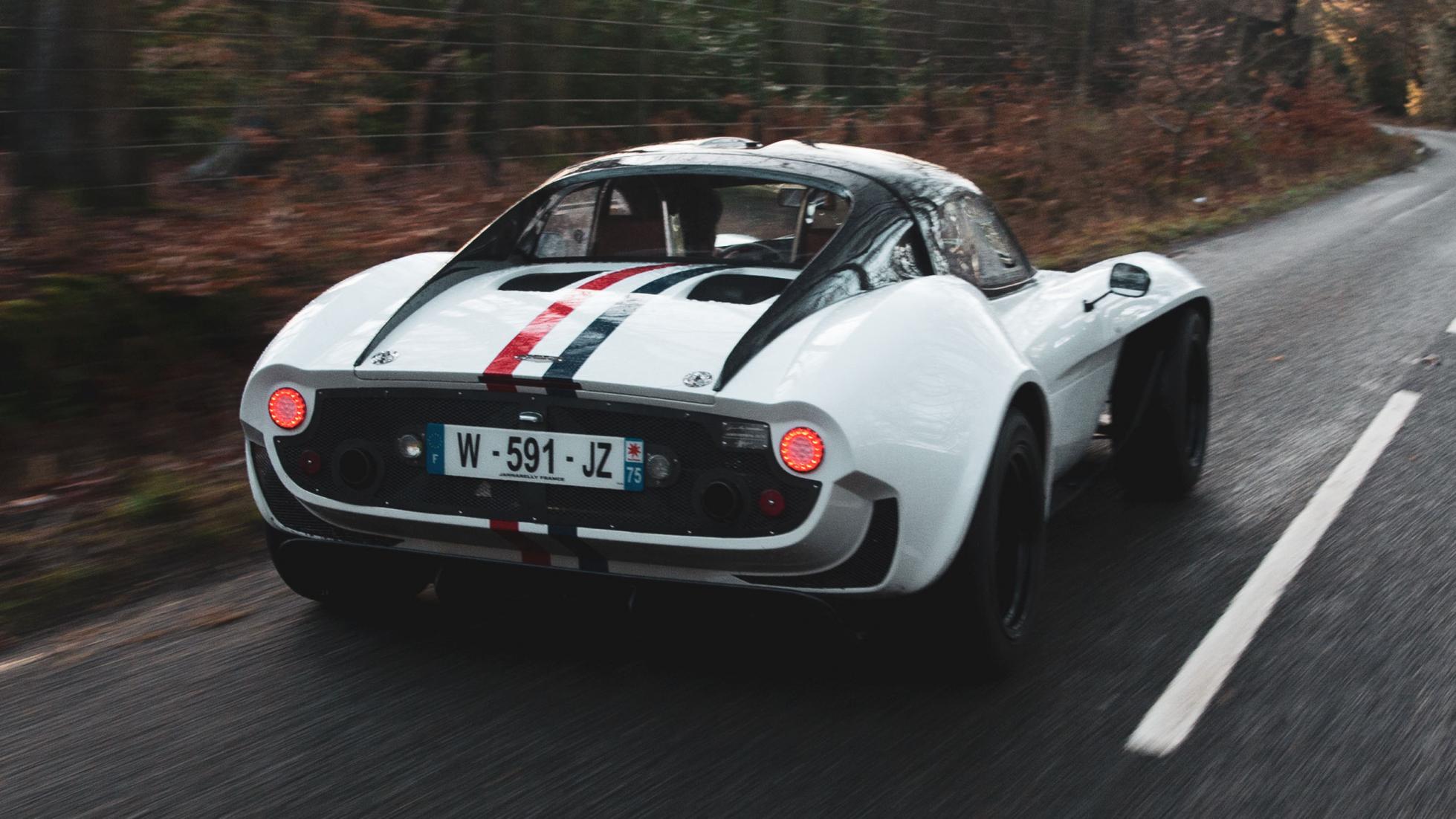 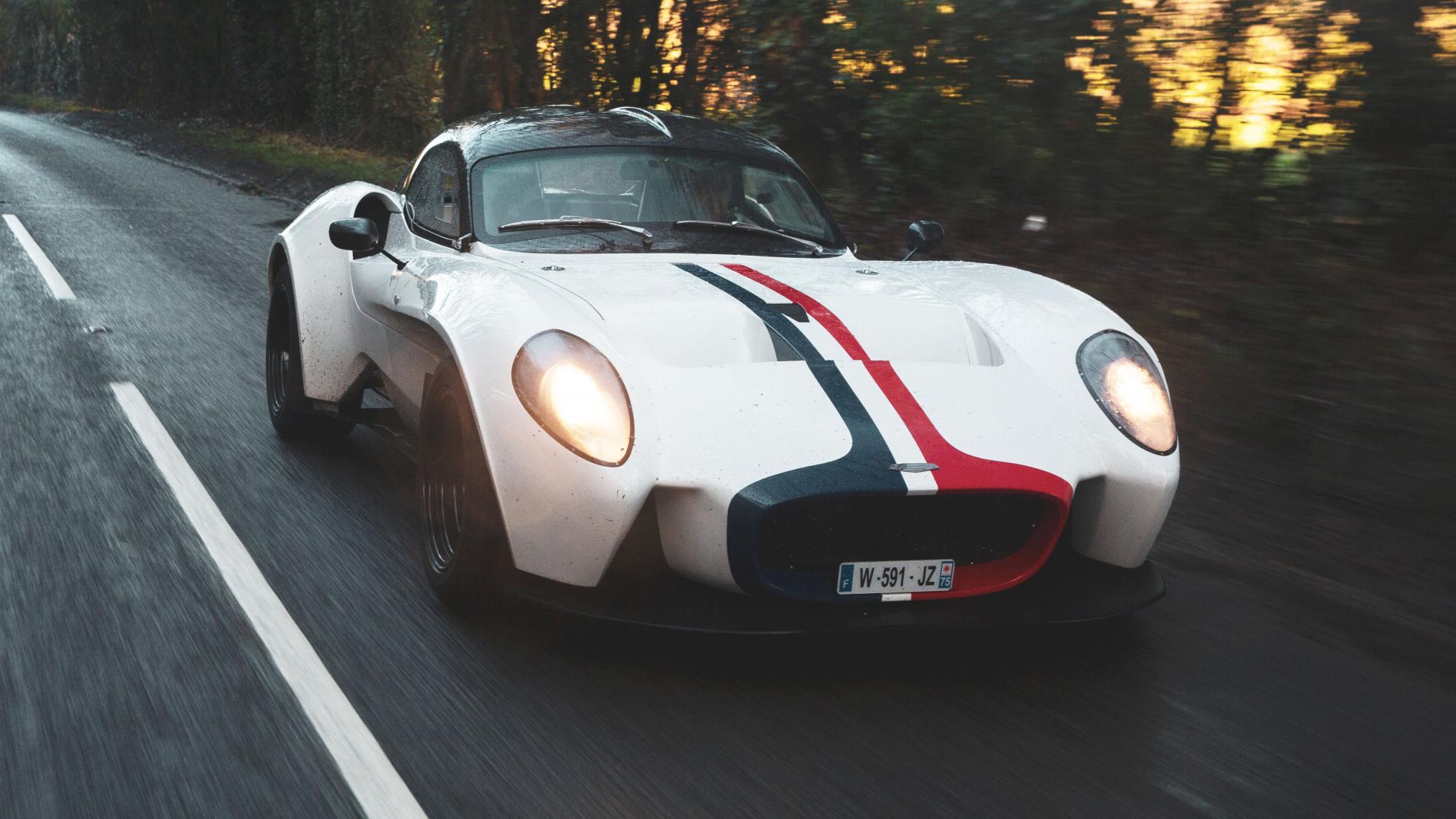 Excuse me, the what?

From France via Dubai, the Jannarelly is a Mazda MX-5-sized two-seater with definite shades of 1950s endurance racer to it. Those scooped-out pontoon front wings channel the original Ferrari 250 Testa Rossa, while the fulsome rump is drinking deep at the well of AC Cobra.

It’s an eye-catching mash-up of highly credible historic influences, although the less sentimental and longer of memory may also detect an undercurrent of 1980s kit car to the concept. Does the world need another low-volume sports car from well-intentioned dreamers?

Pretty much that what the world absolutely needs is another low-volume sportscar. The Jannarelly Design-1 is an 850kg, 325bhp antidote to an automotive planet governed by increasingly complex stability control systems, and cars that apply the brakes for you when they think you’ve failed to notice the car in front. Infuriating.

The Design-1 is about internal combustion, loud and proud, and aims to make your ear drums vibrate, your heart pound, and possibly trouble other sensitive anatomical areas if the weather’s dodgy.

Co-founder and car designer Anthony Jannarelly worked at W Motors – the world’s only Lebanese car maker, as far as we can make out, although it’s headquartered in Dubai – before embarking on his own pet project.

Alongside racing boat constructor and composites expert Frederic Juillot, he did a little due diligence and decided there was a market for his minimalist vision. Even in Dubai, where they tend to like multi-cylindered supercars, plutocratic ultra-barges and planet-sized SUVs. It’s available in coupe, roadster, or aero forms, the latter with a slimmed-down speedster-style windscreen for the full retro masochistic monty. 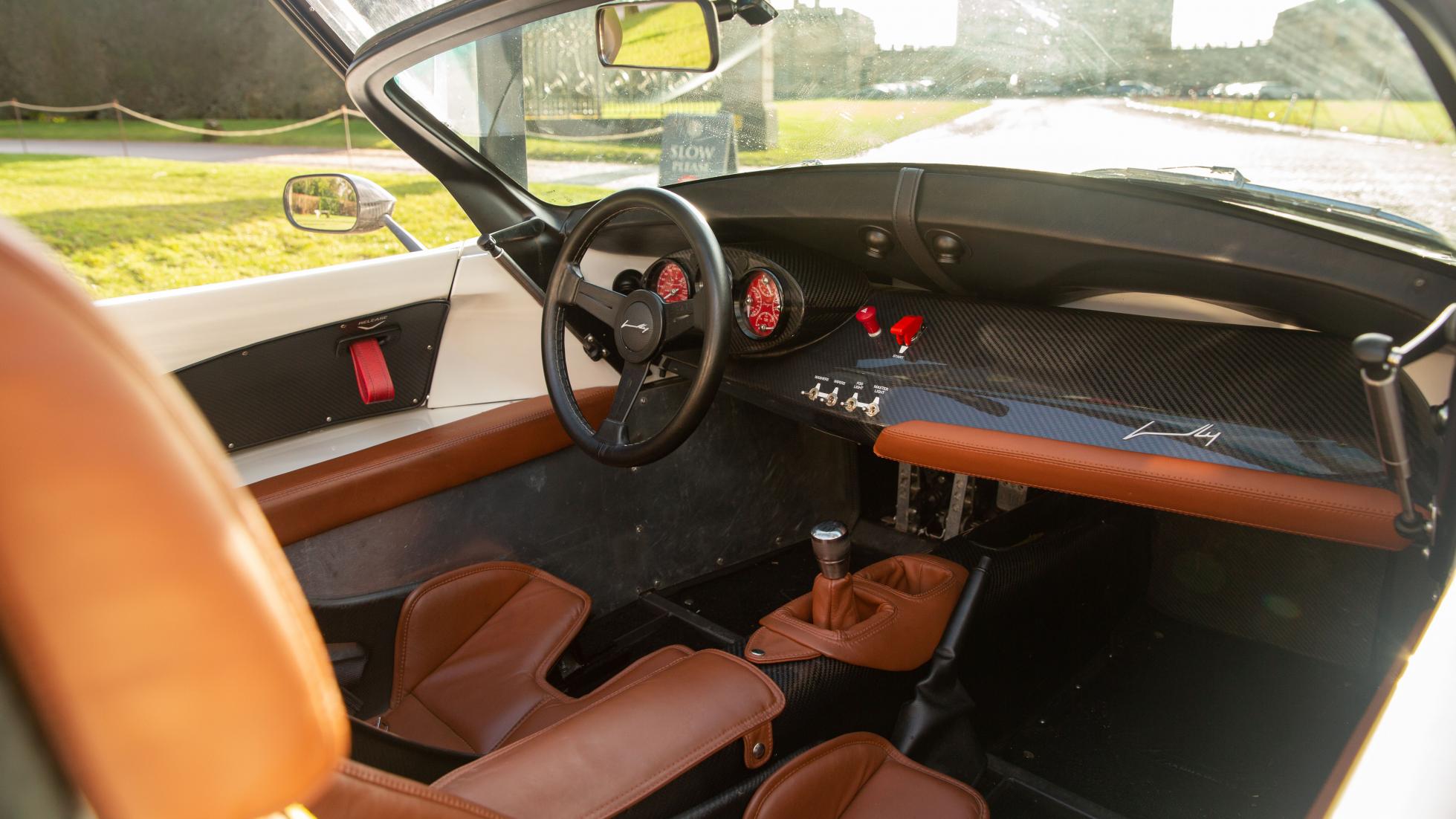 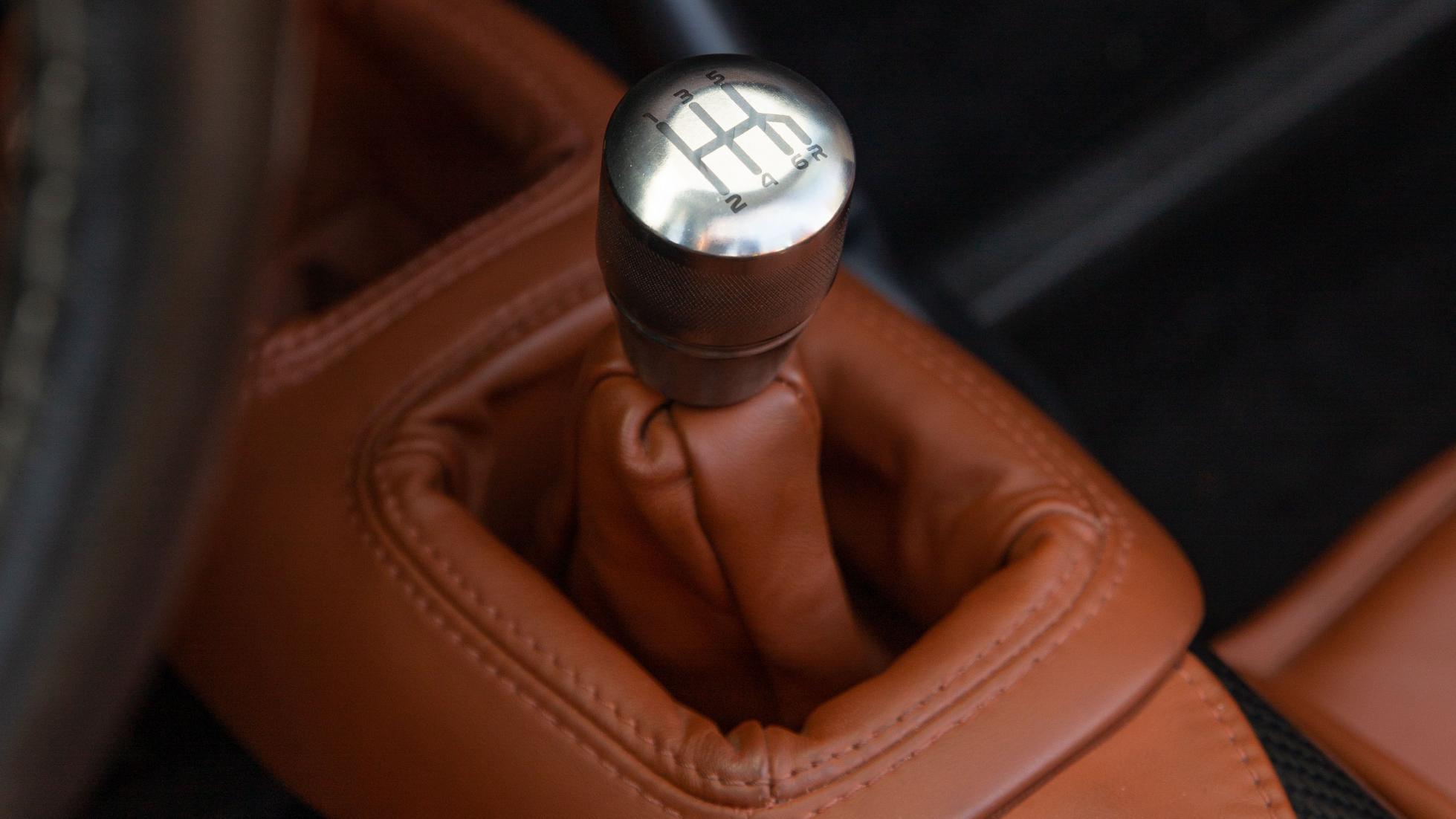 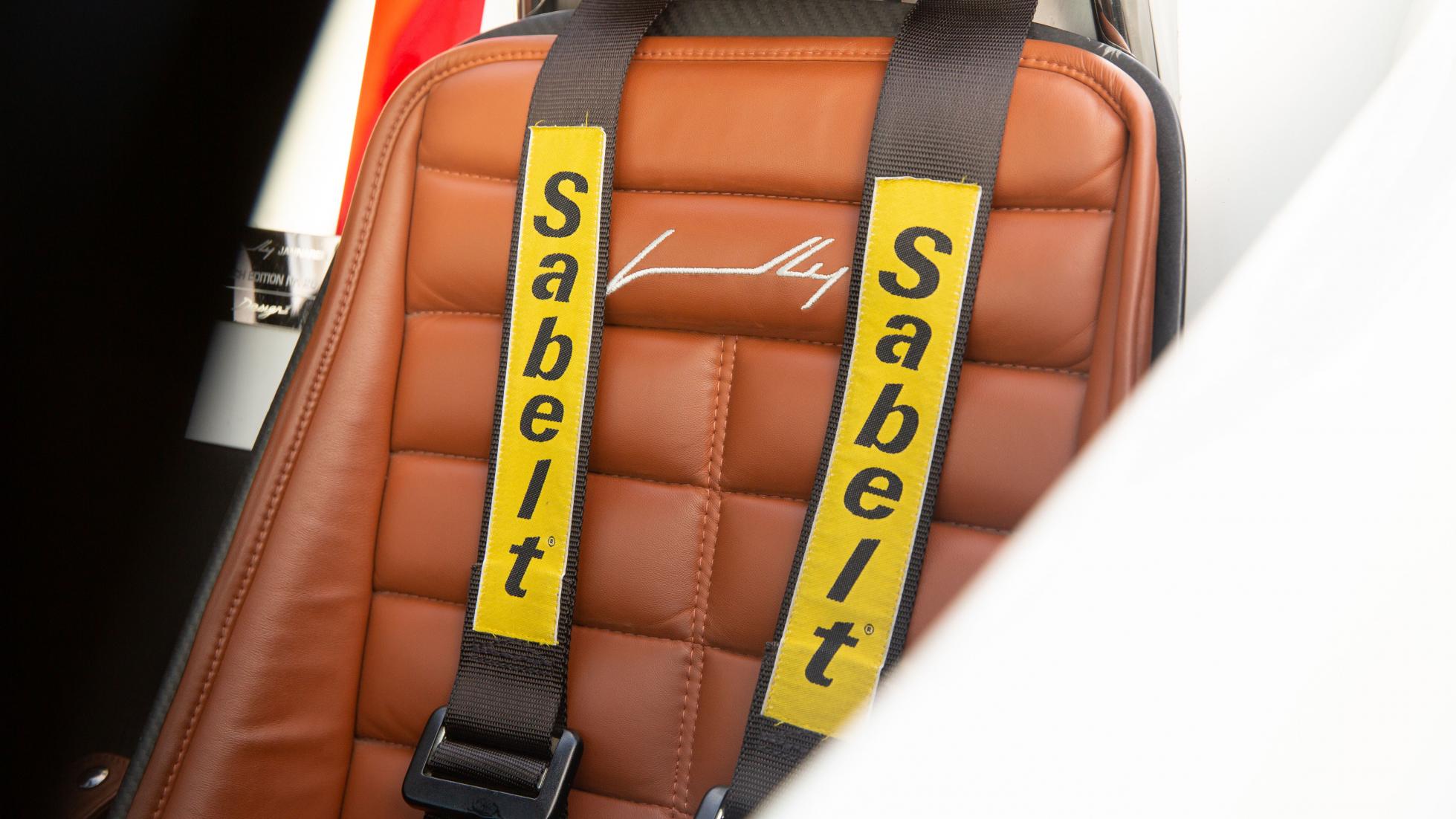 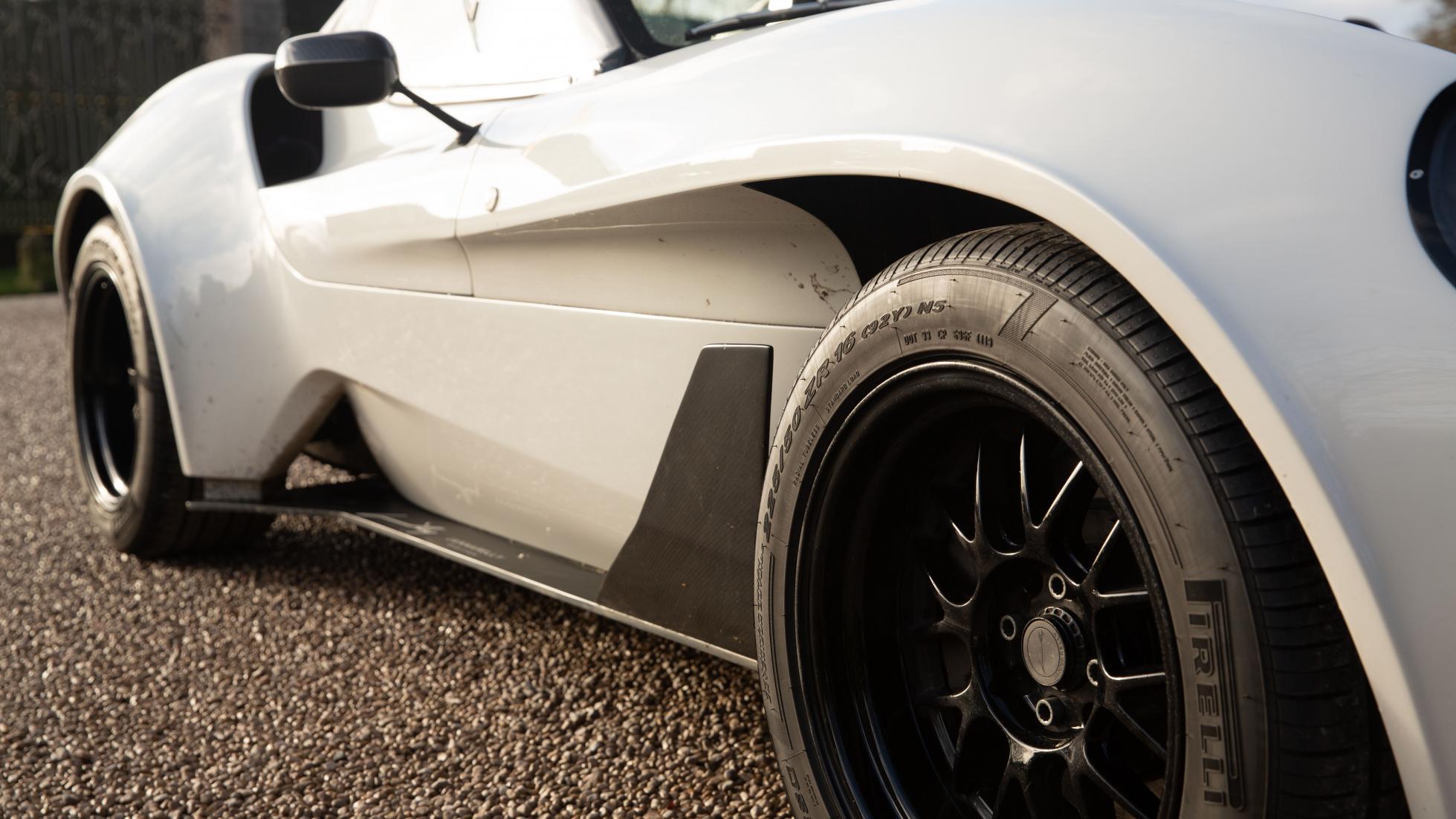 You can’t fault the philosophy. What’s it made of and what’s under the bonnet?

It’s mid-engined, so you can stick whatever you like up front. Motive power comes from Nissan’s 325bhp, 24v 3.5-litre V6, the very definition of a known quantity, as is its six-speed manual transmission (beautifully CNC machined and exposed). But traction control and a limited slip diff are both optional, and there’s no ABS.

This old-school emphasis also extends to its construction. The chassis is a tubular steel spaceframe, and owners have the option of clothing it in fibreglass or carbonfibre body panels. The suspension uses double wishbones all-round, with Nitron coil-over dampers front and rear, and CNC milled aluminium uprights to keep the weight down.

As with every other aspect of the car, the set-up is down to the person writing the cheque. The brakes use ventilated steel discs with four-piston calipers on the front and two-piston jobs on the rear, supplied by American specialist Wilwood.

Effectively, it’s a more civilised Caterham Seven. The demo car we drove had the optional roof, an interesting detachable canopy that tilts forward on struts, while ingress and egress are achieved via slender little doors. The 1960s race-car aspiration is well-served here, even if it’s a far from decorous process.

Anyone over six-foot tall will find things a squeeze once they have got in, although the adjustable pedal box takes care of that. Jannarelly will also ditch the seat and stick some seat cushions directly onto the tub, should you fancy maxxing out on the minimalism.

A chunk of carbonfibre spans the cockpit and houses a frantically simple array of switches, with ignition housed under a flick-up toggle as you’d find in a race car. There’s a simple three-gauge instrument cluster in a binnacle ahead of an even simpler three-spoke Nardi steering wheel, and a pair of eyeball air vents that sends a surprisingly powerful blast of air into your face.

Nevertheless, if you’re stepping out of a class of 2020 superminis, never mind anything more extravagant, this is a bracingly old-fashioned set-up. Although there is a USB port and decent audio system. But will you want to listen to it? 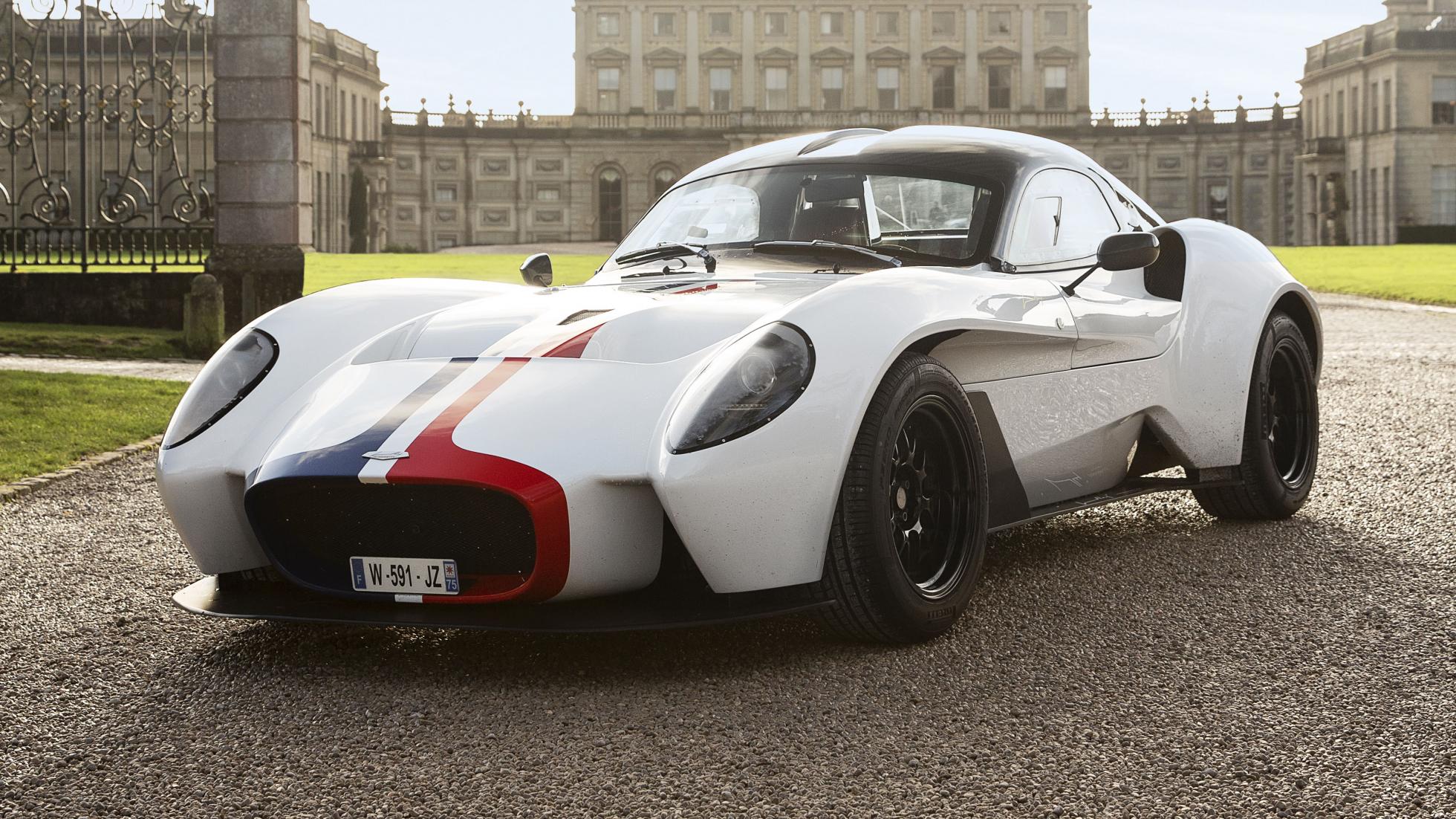 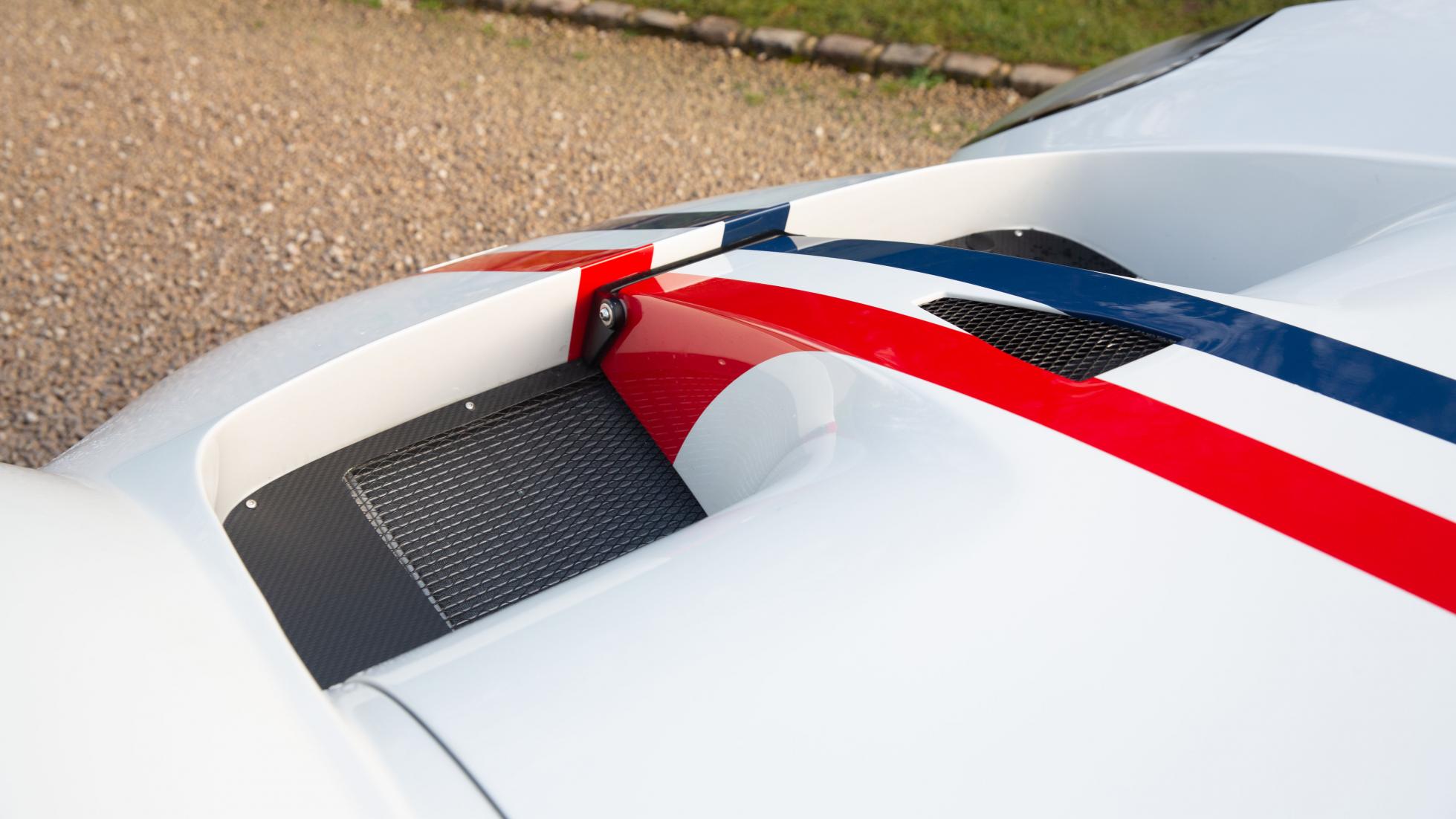 Good question. Go on, then…

The Jannarelly makes so much noise it can probably be heard in 1963. Let’s put it this way, this isn’t a car for Brian Eno’s ambient works. Or even Slipknot. Cars like this always need a little coaxing and cajoling to begin with, but there’s nothing too taxing about the Design-1 at low speeds.

Thank that tractable Nissan V6 and some positive control weights for that. With the roof clamped back in place – it uses an aviation-style lever, one of several endearing design touches – there’s even plenty of headroom. It’s a snug, evocative environment, one in which you might even be tempted to pull on a pair of driving gloves for the full Partridge. There’s even a little leather storage strap for them.

But… is there a but?

Unfortunately, yes. Although the thing takes off like the proverbial rat up a drainage device, it doesn’t ride with the suppleness you’d expect, and there are some lo-fi creaks and groans from the body structure. Admittedly, the roads on which my brief test drive is conducted are howlingly awful, the very worst kind of beaten British B-road, the sort premium German car makers send their engineers to for disbelieving prototype shakedowns.

There’s also a lot of standing water about the place, which is never nice. Generally, the Jannarelly (sorry) has more grip than I’d expected, much more than you’d find in a Caterham Seven in similar conditions. In short, we’re a long way from the sun-dappled Sunday morning Sussex idyll that a car like this craves. As it stands, you’d need to get busy with those dampers to find a more sympathetic set-up, but there’s fun to be had for sure, as per the minimalist ethos and uncomplicated 1960s idealism.

Any other issues? Can we talk money at this point?

We can, and must. There are several ways of looking at this. Jannarelly plans to make 499 Design-1s, and each will be unique. That’s what you’re buying into when you sign up, not just the prospect of a car that stands in direct opposition to 2020’s algorithm-driven, touchpad interface, Cambridge Analytica-assisted data manipulation mind-meld.

Enough. You have control. As you should, for the base Porsche 911 money this things starts at. I’ll leave you to ponder what else you could have for that sort of moolah. And to discuss the price – and value – of true freedom. 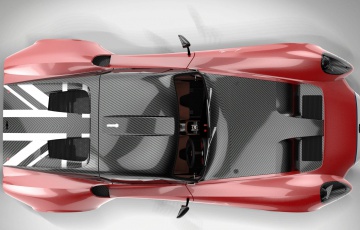 Jannarelly is about to land in the UK. Cue the special edition