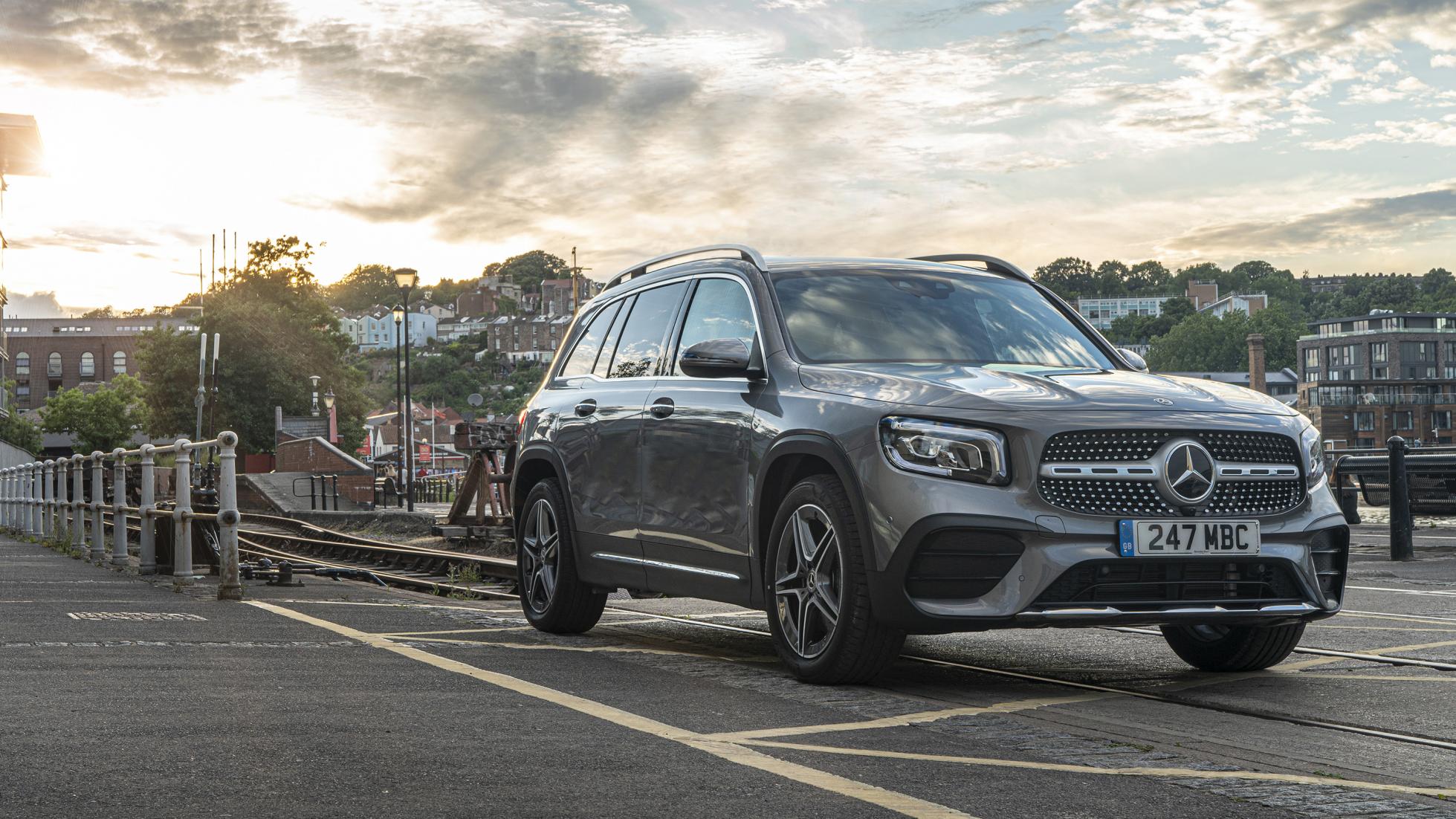 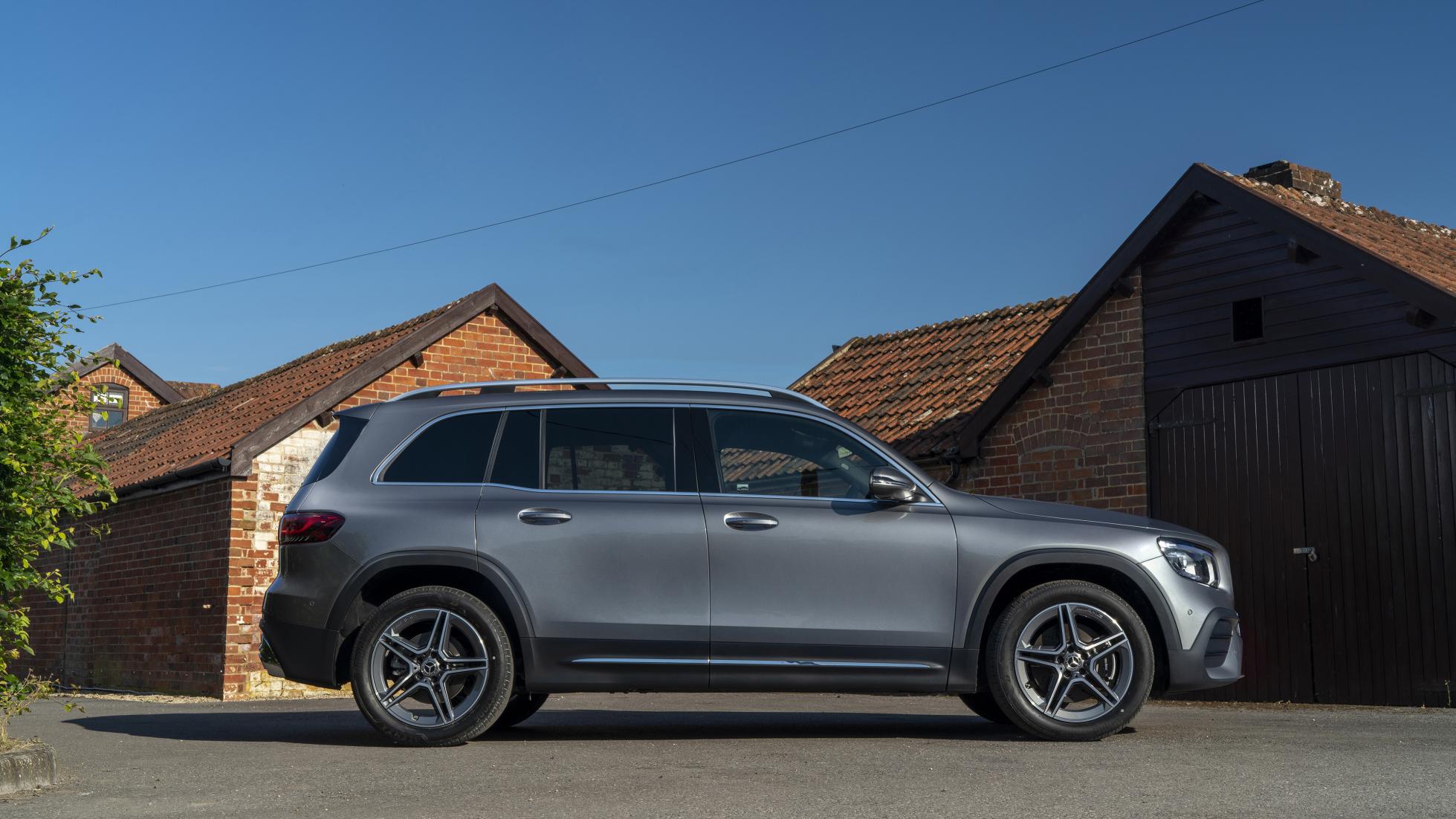 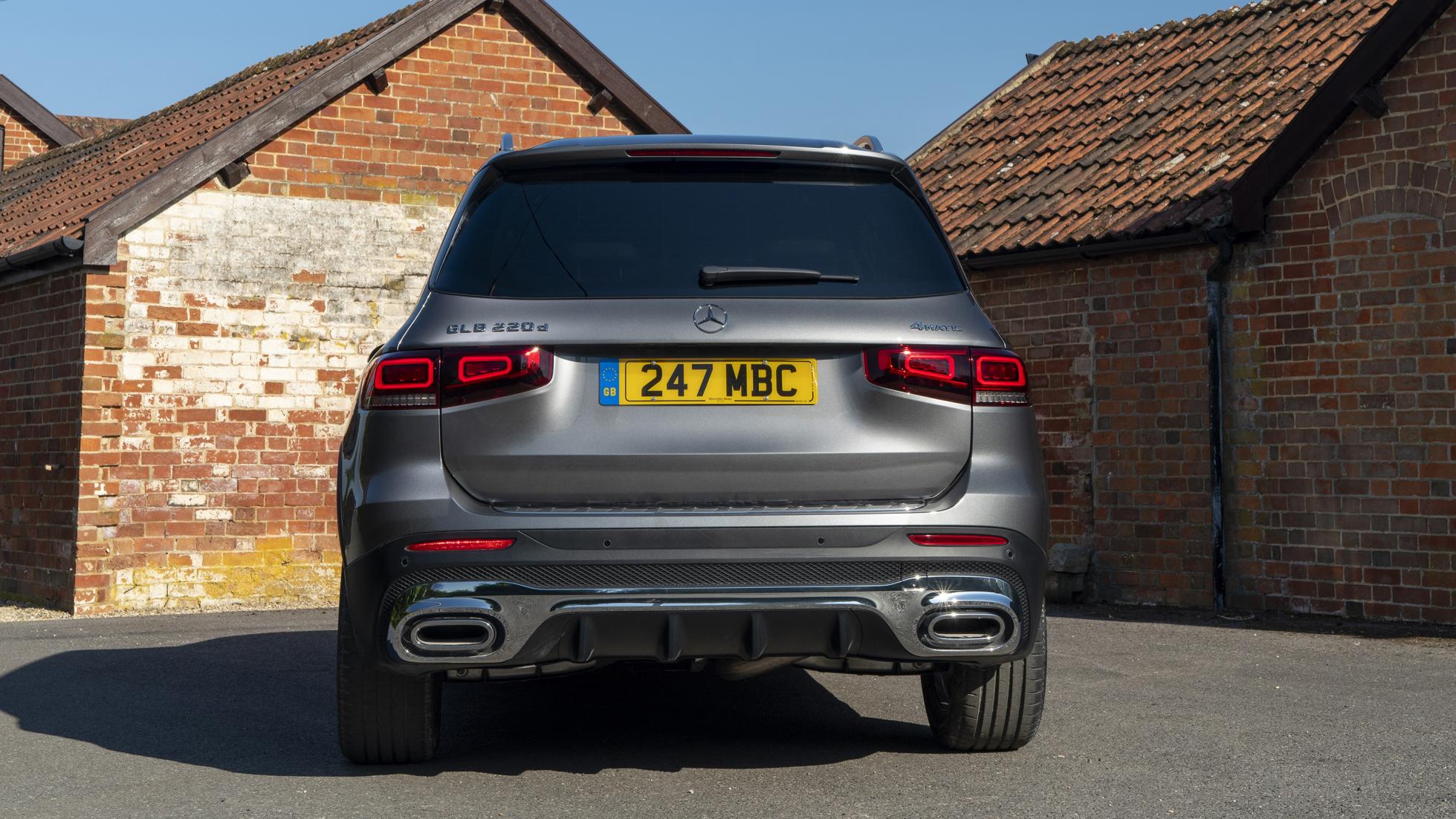 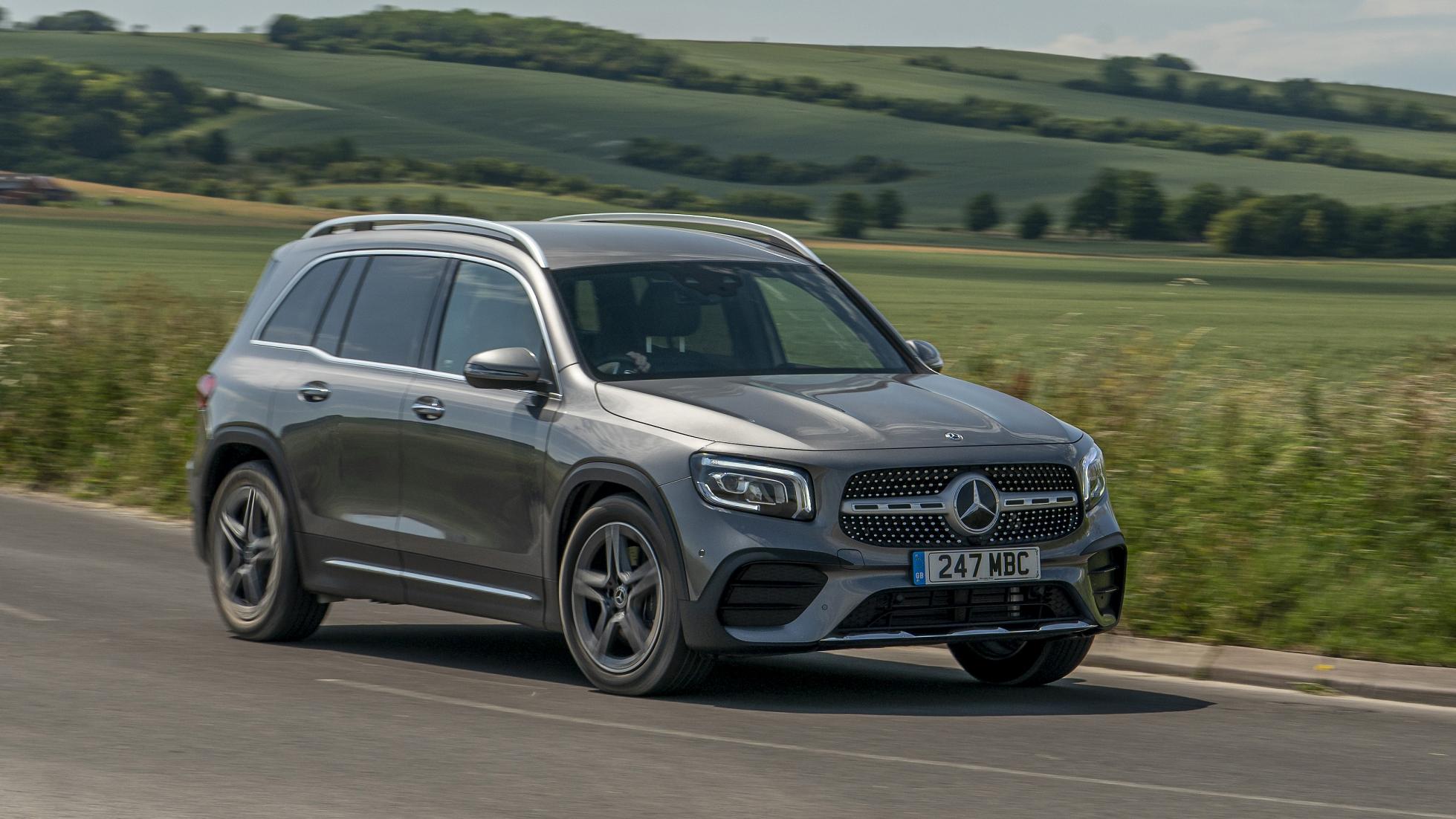 Whoops, I meant to search for ‘Mercedes GLC’ and mis-typed…

Understandable. The small end of the Mercedes range is more congested than a British pub garden this summer.

The new GLB, as keen students of the alphabet will have worked out, nestles between the GLA (basically a slightly taller A-class) and the GLC (basically a jacked-up C-class Estate) in the Benz family photo.

What’s the point? Is this just a GLA pretending to be a G-Wagen?

It’s huge inside. The middle row of seats slide forward and back so you can choose between legroom or a bigger boot. And yes, I did say ‘middle row’.

The GLA may well be grown from an A-class-sized seed, but thanks to its stretched wheelbase and overhangs, it squeezes in a pair of chairs in the boot.

So, you get a seven-seater SUV that’s smaller overall that the GLC, which only seats five. It’s also more useful than a B-class, if you’re going to be regularly putting seven bums on seats, or venturing over some rough ground.

And yet, because it’s slab-sided, it’s easy to place in multi-storey car parks. Less intimidating that some of Land Rover’s recent, over-styled efforts.

Steady on. The rear seats are tiny – a kid-only zone. And access to them is very pinched. There’ll be footprints all over the backs of the middle seats by the time the little ones have scrambled in.

On the plus side, the folding mechanisms have been designed by someone who appreciates seats are a cumbersome bother to lug about, so you just pull on a fabric toggle and they spring forth. Flip the rears not-quite-flat and you have a 510-litre boot. 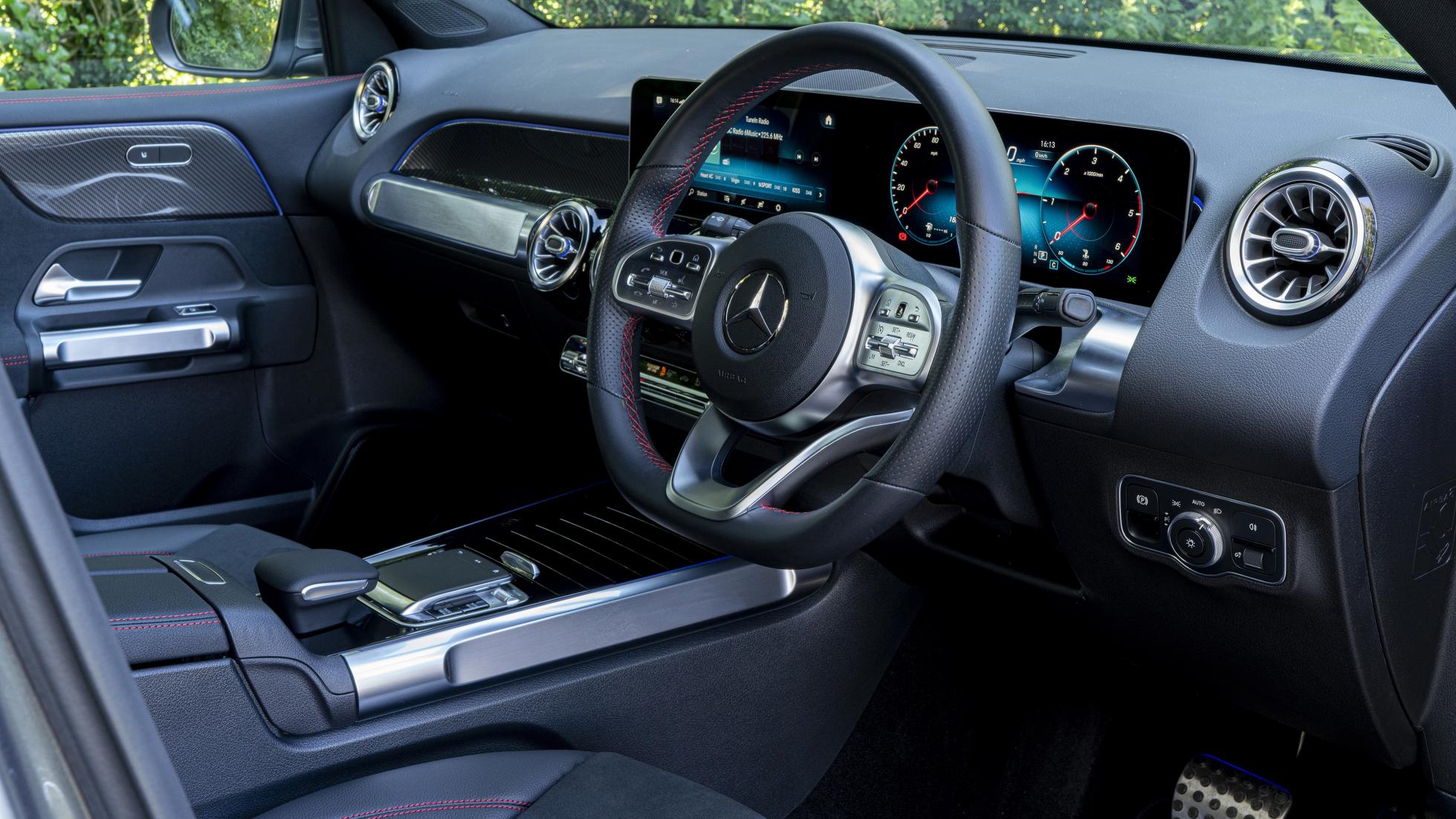 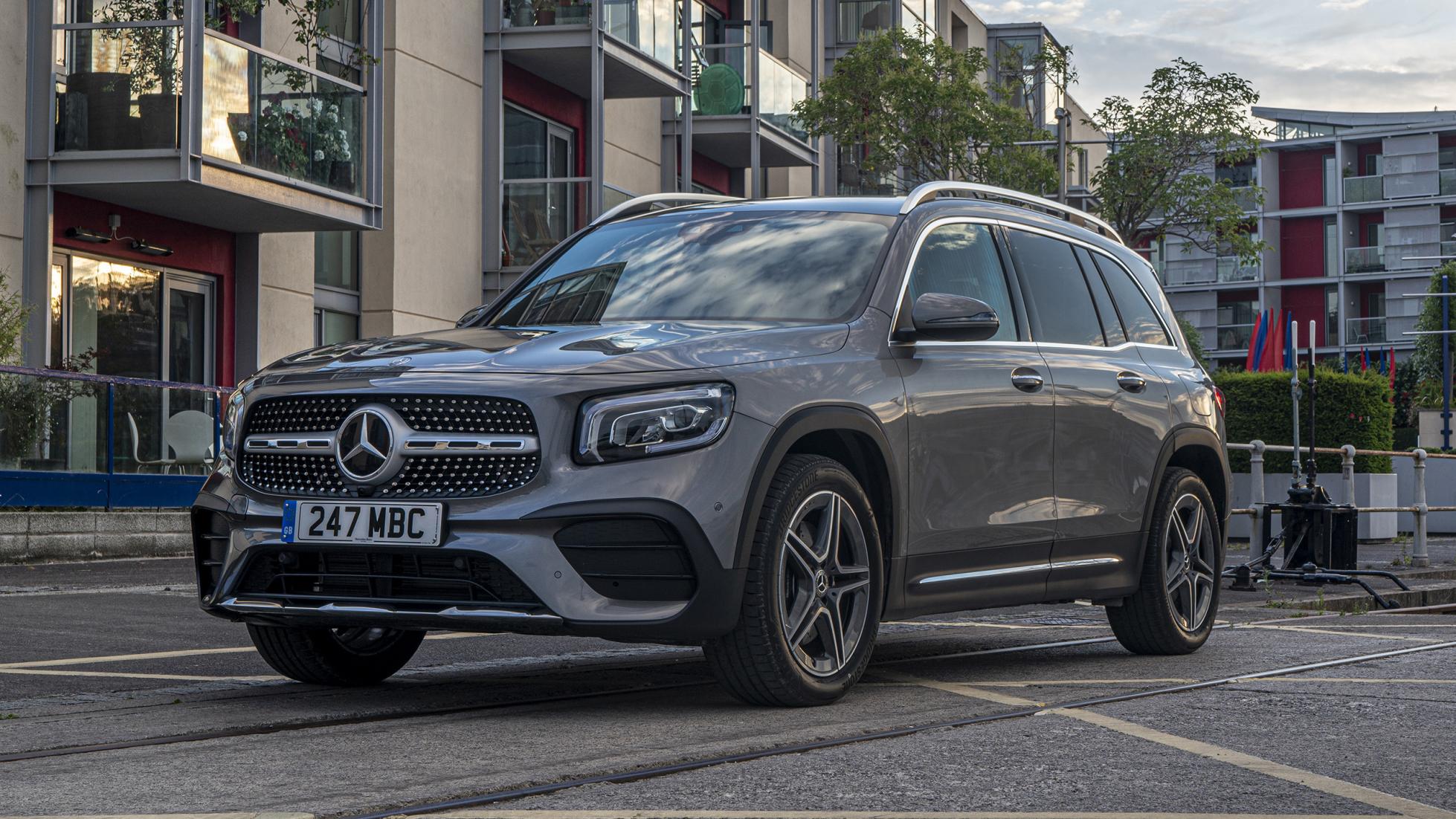 The inherited A-class cabin has too much cheap plastic low down, where Mercedes doesn’t think you’ll notice, and the fiddly MBUX interface / touchpad will make your brain have an argument with your hand, which is a bit inconvenient when you’re piloting a 1735kg 4x4.

Up top, there’s an outbreak of bizarre techno-weave trim that’s not sure if it’s carbonfibre, chainmail or wallpaper.

And the front seats are oddly small, as if they’re 7/8ths scale and have been designed for a children’s fairground ride.

Which version is this?

The choice spec: a GLC 220d 4Matic. So, it has four wheel drive, and instead of a fairly anaemic 1.3-litre petrol engine, you get a 2.0-litre 4-cylidner turbodiesel joined to an eight-speed automatic gearbox.

So, why is this the GLB to go for?

The petrol and lower-powered diesel engines Mercedes reserves for its smaller cars, like the A-class and CLA, are reedy. They lack the effortlessness of a Mer-say-deez.

By which time, the 8spd gearbox will have shifted up to keep the engine humming away in its sweet spot.

I drove it along a motorway at outside-lane speed, through some towns, and then around the countryside. It averaged 6.4l/100km.

Obviously it’s a fairly unremarkable engine to use, but if you’ve got seven seats, seven humans and assorted luggage rattling along behind you, you’ll want those hearty torque reserves.

It helps sustain you through the weird pauses the gearbox sometimes takes when it requires some thinking time, and it’s none too clattery, even when cold.

I know this isn’t sexy stuff, but it’s these details that make a rational, everyday car more likeable.

Fit for purpose. Which sounds like a backhanded compliment, but it’s not. It’s refreshing to drive a crossover-SUV that’s not trying to be a hot hatch, or in any way ‘dynamic’ or sporty at all.

It’s tall, it’s square, and it behaves in a pleasingly lofty manner. You can’t get the seat anything approaching ‘low’.

While there are surprising reserves of grip and the GLB resists understeer remarkably well, clinging on long after the family has let go of lunch, it has a comfy sort of gait. Why Mercedes is offering a 300hp AMG version is anyone’s guess.

As you travel along in the GLB, appreciating the airiness of the cabin and the impressive muffling of wind noise despite its shopping centre aerodynamics, the GLB becomes – like a Kodiaq – a rather charming companion.

It’s actually more of a tool and less of a fashion accessory than we feared. Much more likeable than a GLA, at any rate. It’s not just fit-for-purpose: it has a purpose. Bombastic GLC63 AMG aside, this is probably the best sensible 4x4 that Mercedes makes. 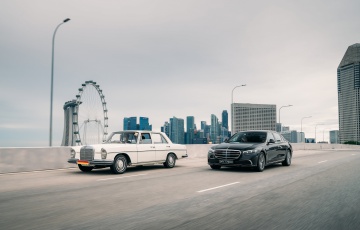 The Mercedes-Benz 'Sonderklasse' is a legendary class act that has endured for over seventy years. 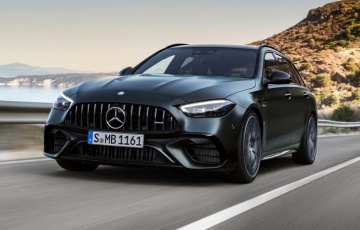 We’ve ridden shotgun in the 2.0-litre hybrid C63, and discovered it could’ve gone V8 after all 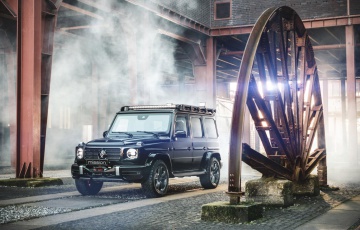 The Mercedes EQS has an astonishing interior

Merc's flagship EQS EV is due in a few weeks. In the meantime, here's its interior