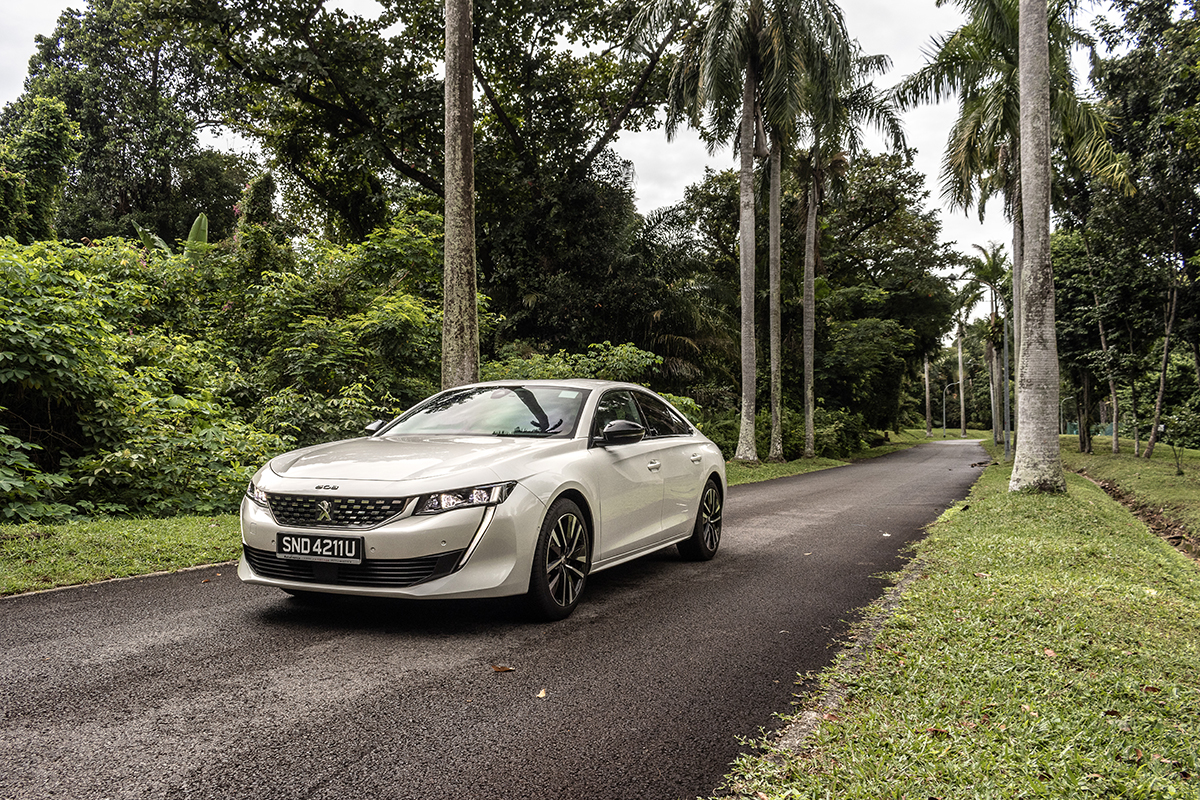 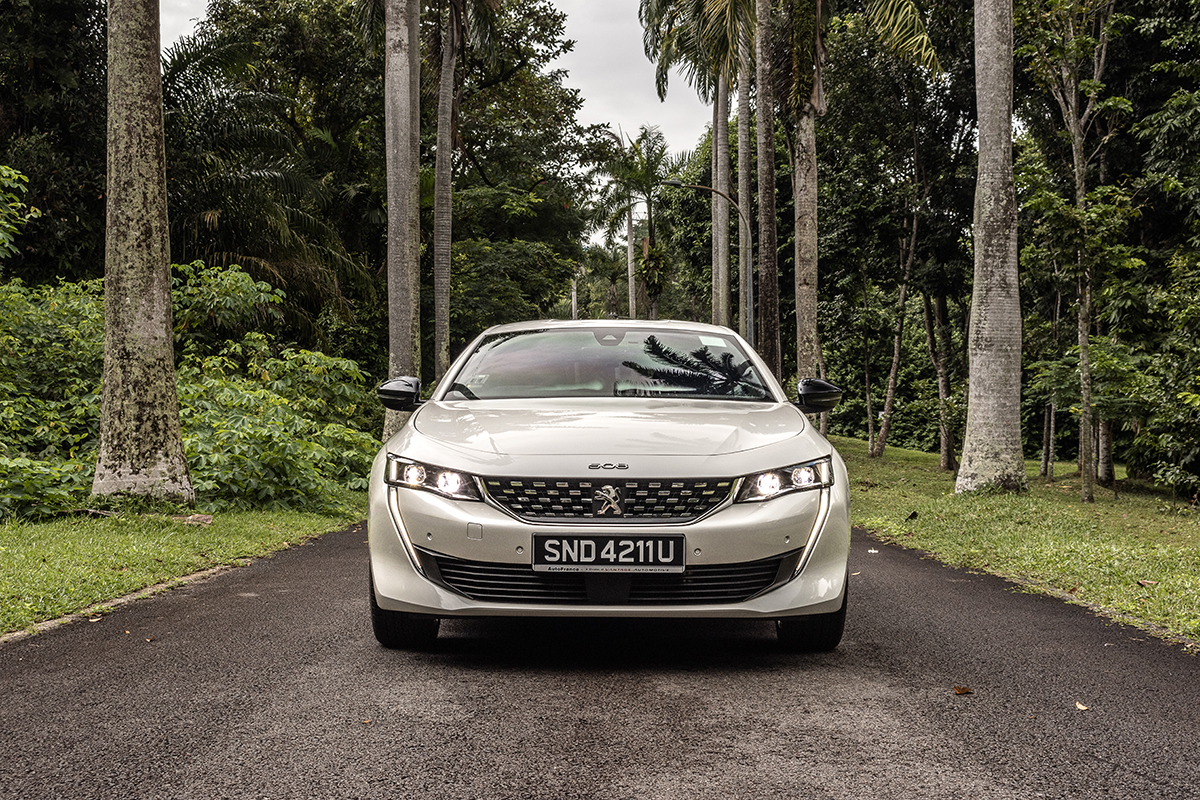 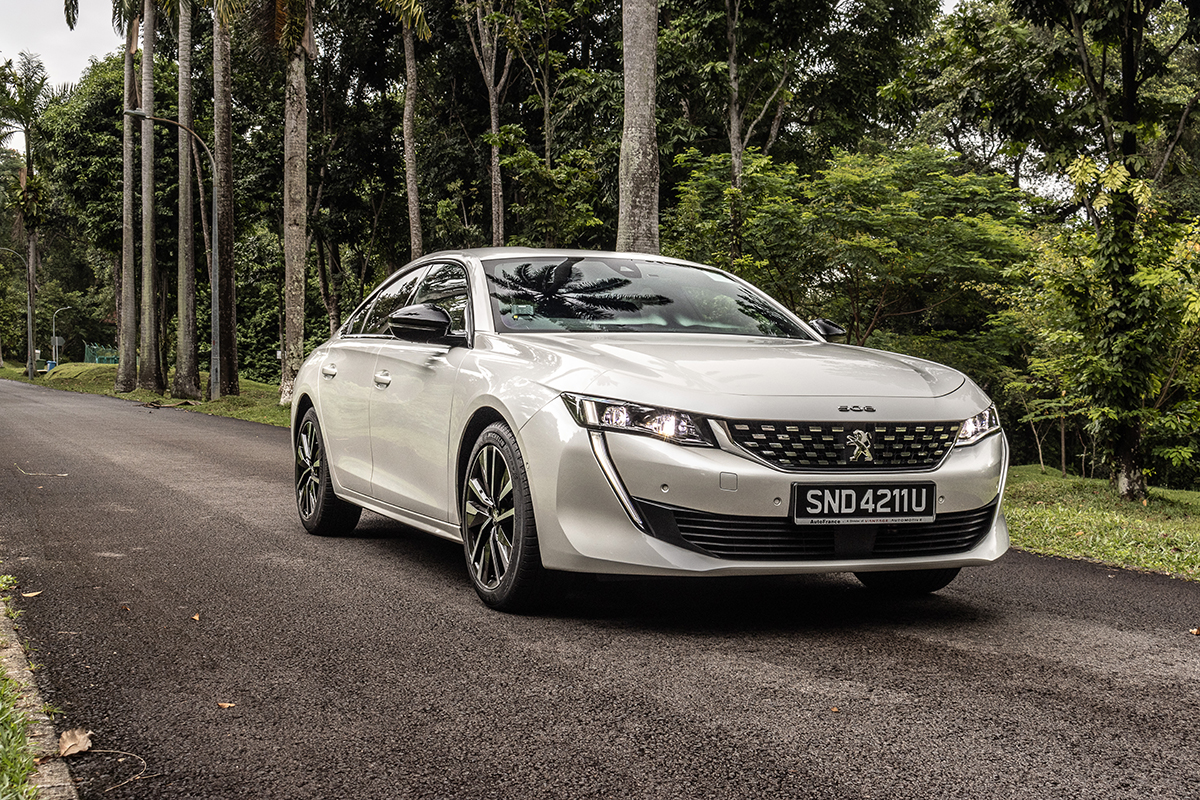 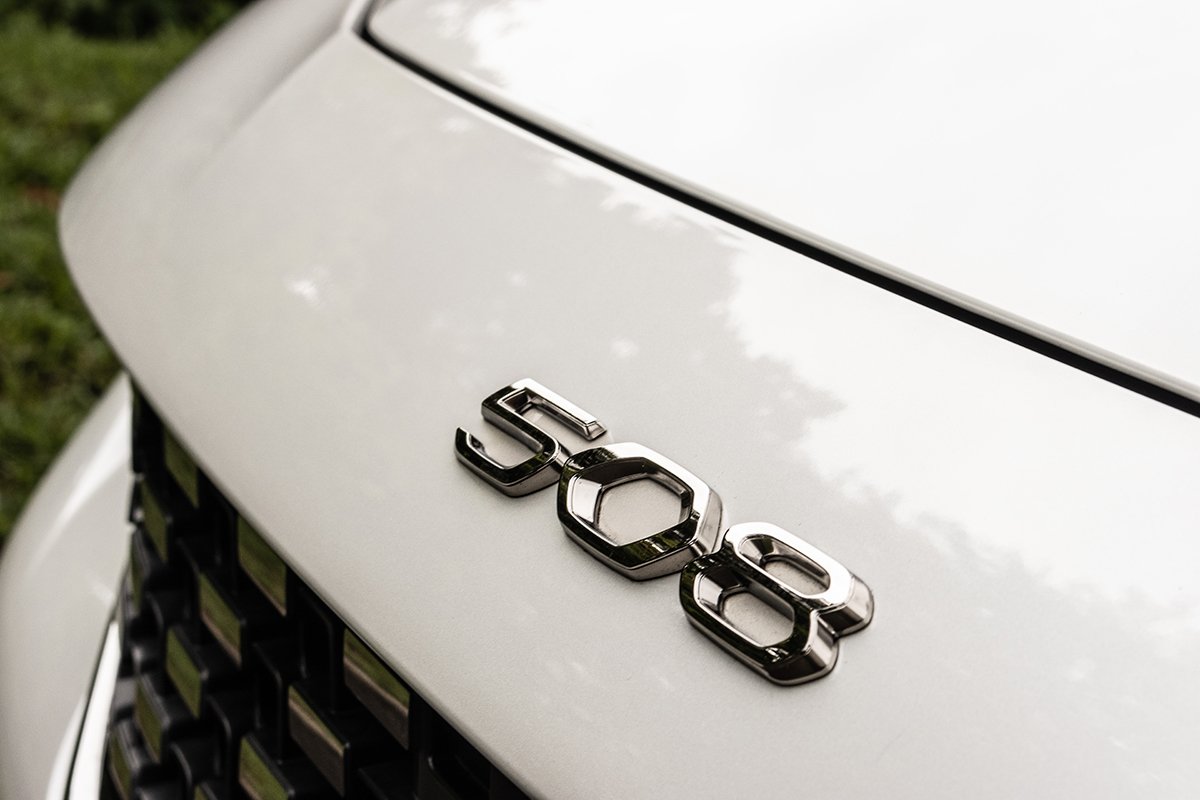 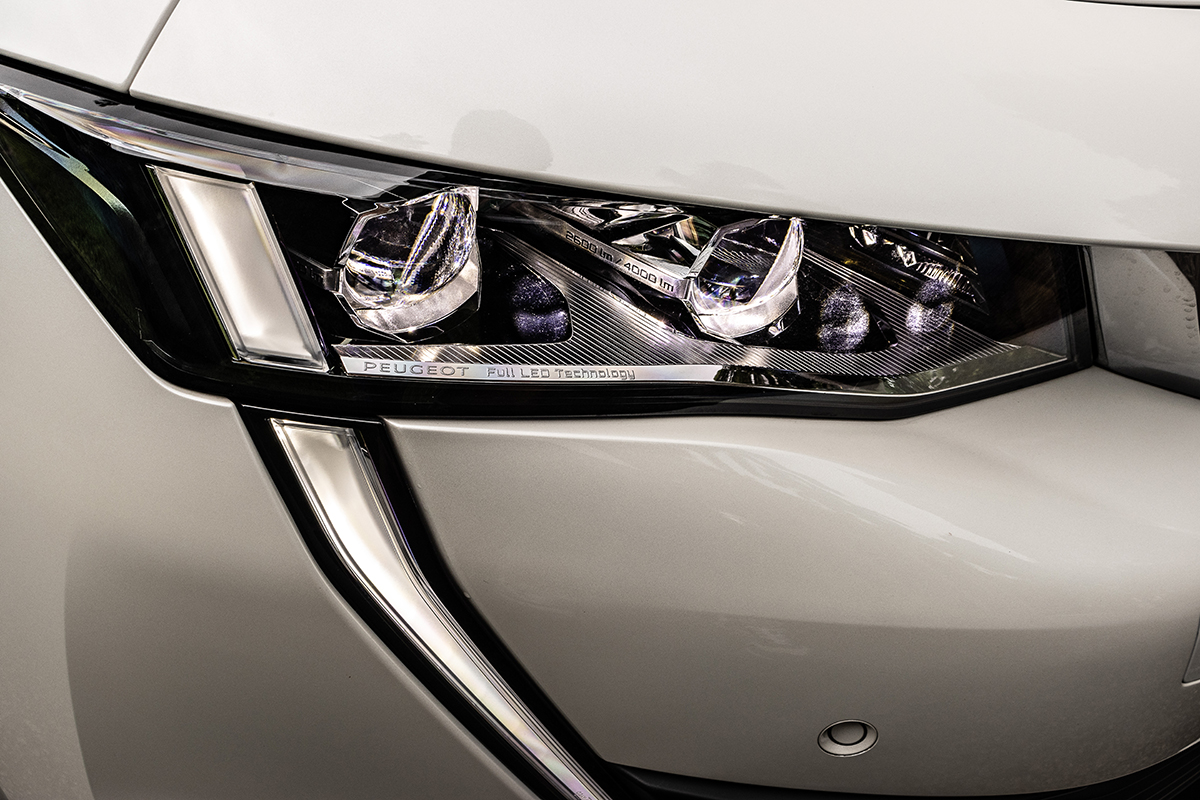 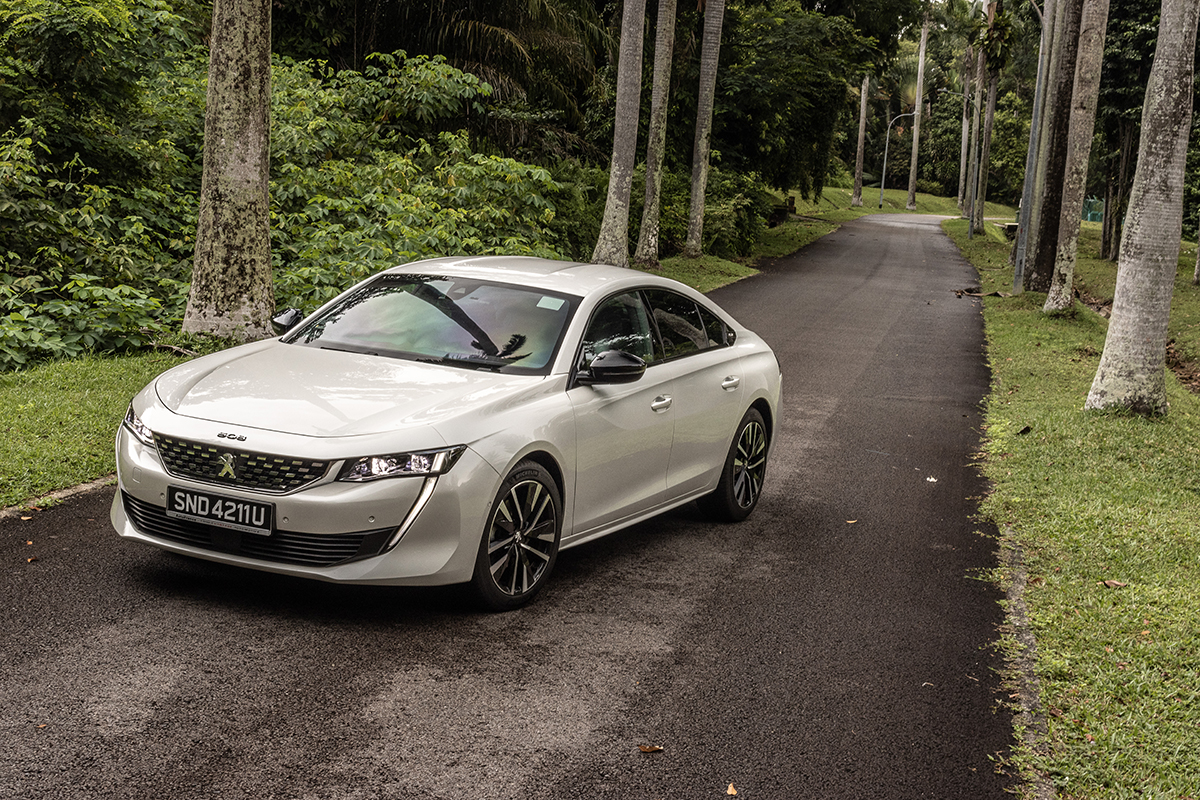 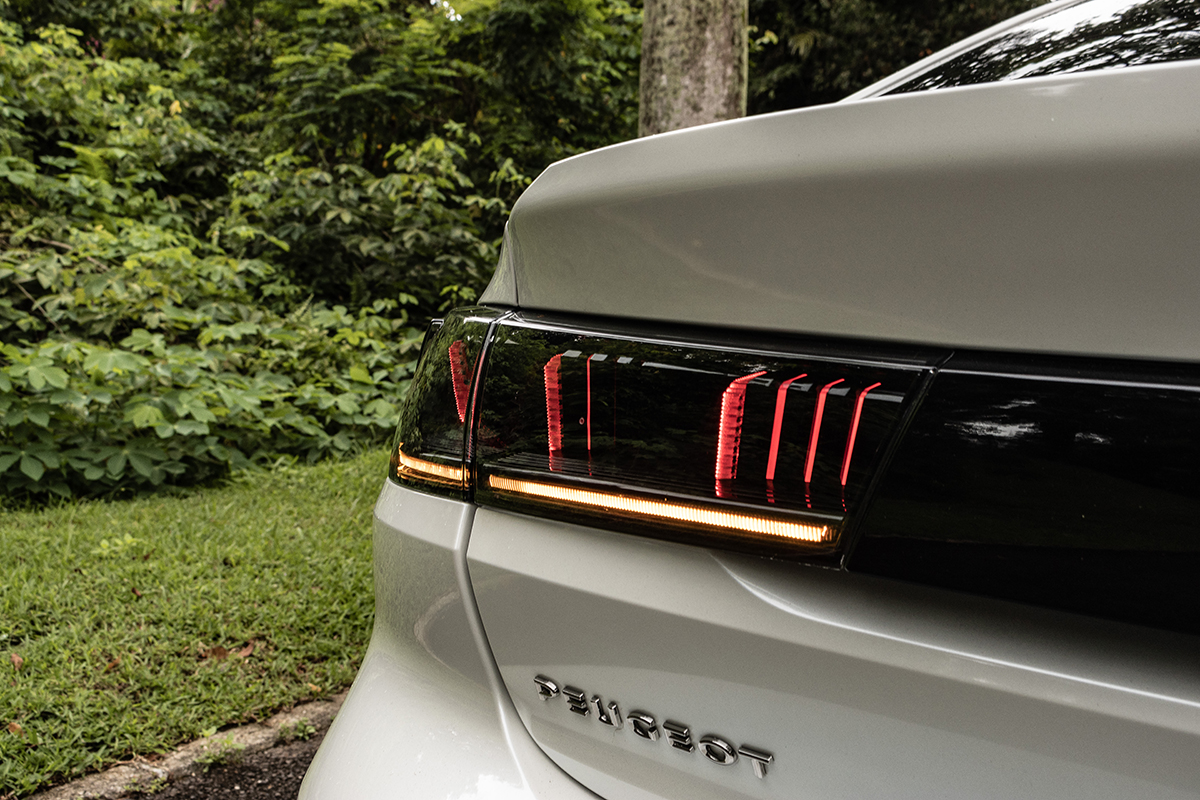 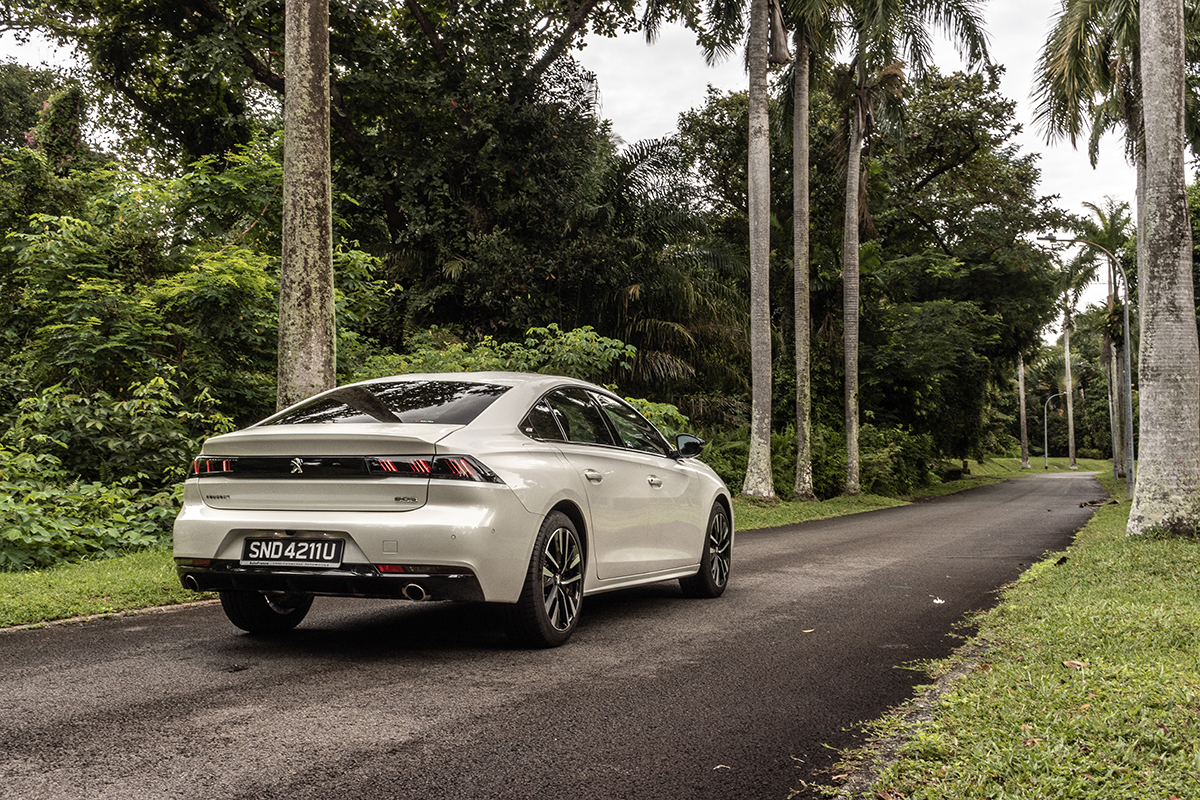 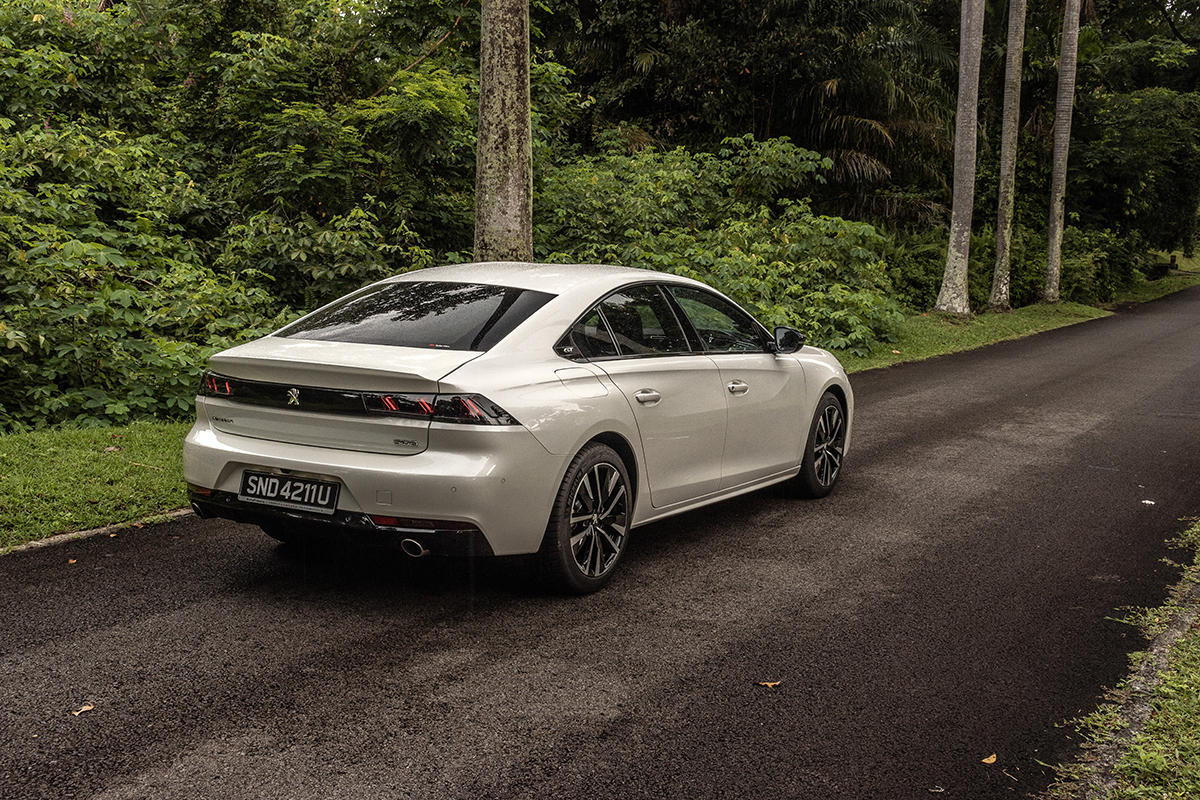 Singapore - Peugeot has been on a roll of late, attracting buyers with their eye-catching and aggressively designed cars. The Peugeot 508 is the French manufacturer’s only non-SUV offering in its entire lineup in Singapore, and this is telling of a shift in consumer preferences. With customers looking for a ride which is a little special… something that shouts adventure, for those who have a bicycle habit, or that you’re no boomer… most manufacturers have responded by offering even more SUVs in their lineup.

On this note, the new Peugeot 508 is a roarsome-ly handsome D Segment offering which goes up against cars like the Volkswagen Passat, Skoda Superb, Toyota Camry and Honda Accord; and might well be soul-stirring enough to make you decide against buying that SUV.

The 2021 Peugeot 508, is an elegant offering. A mishmash of lion-themed aggression not at all jarring to the eye, mellowed just enough with a few softened round edges. The head and tail light treatment is strikingly pretty, and the unlocking rear LED sequence would probably get most would-be customers sold. The Peugeot at the moment, is in my opinion the prettiest D Segment sedan out there. Well, actually it has become more of a 4-door coupe, since it has frameless windows, and a fastback-style rear-end. 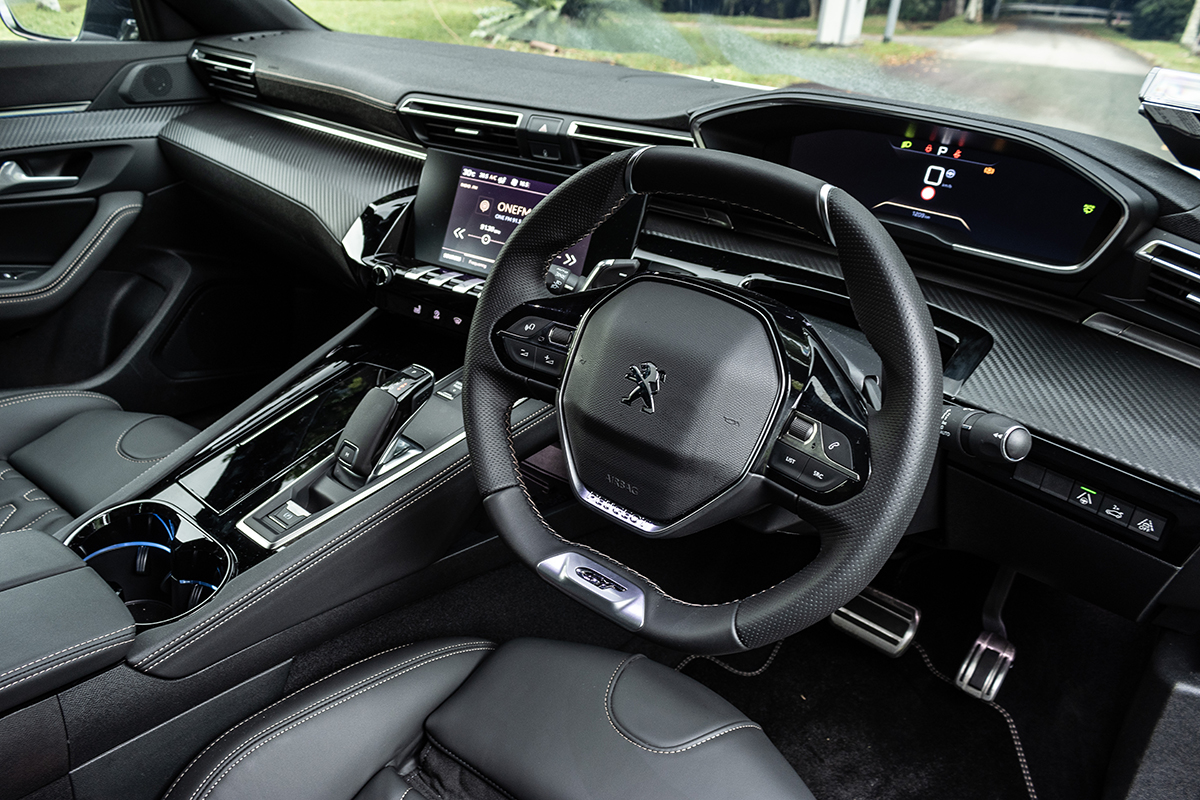 While this model is aggressively styled on the outside, it is full of flavour on the inside, sort of like a beurre composé; a celebration of piano black surfaces and carbon fibre inlays (similar to the smaller Peugeot 2008 SUV), married to supple factory-fitted leather. The seats are supportive and extremely comfortable, somewhat a signature of French automobiles, and come complete with massage function up front as standard.

The 508’s dash is designed to be driver-centric, with the 8-inch infotainment touch screen angled toward the driver. Below the infotainment screen, there are seven piano key-inspired switches for toggling the infotainment unit. In other markets, a 10-inch screen would perfectly fill the bezel in this GT-badged car. The infotainment interface, while not the quickest nor the prettiest, is user-friendly and boasts connectivity for both Apple and Android devices. There is also a wireless mobile charging pad, located below the centre console, perhaps not the best place to have one, and the accompanying USB port is placed in the optimal position if this were a left-hand drive vehicle, but hey… form first, function later…

Peugeot’s i-Cockpit is fronted by a 12.3-inch display, where you can customise how and what drive information is to be displayed. I just mentioned form first, function later, and this applies to the instrument binnacle, which is seated too low on the dash. The oddball steering wheel, once adjusted to my driving position, actually blocks almost all of the display, so if I were driving through speed-sensitive areas, I would need to peer over the steering wheel to know if I am about to get a ticket. I really cannot see a thing! The steering wheel blocks the i-Cockpit!

The 508 seats two adults in comfort in-front, and due to its sloping roofline, and rather low rear seats, two David Khoos at the rear. It also features an automated liftback-style bootlid, similar to the one on the Skoda Superb, which means easier loading and unloading. The 487 litre boot can be expanded to 1,537 litres when the rear seats are folded… great if you actually have a bicycle habit. Under the bonnet, the Peugeot 508 is powered by a turbocharged 1.6 litre inline-four, producing 181hp and 260Nm, one of two engines you will commonly see in Peugeots and its sister brands. This is paired with an 8-speed automatic, helping to take the Pug to 100km/h in 8.8 seconds. While gearshifts are smooth on the run, the transmission does feel a little stubborn at times, hopping into the next gear later than I would hope for. It also is a little jerky at crawling speeds. The engine feels pleasantly punchy even in city traffic, with just a little bit of lag before its full 250Nm kicks in at 1,650rpm.

Apart from craning my neck to check my speed on the highway, the 508 feels planted, there is minimal noise intruding into the cabin, and those seats with their massage function, are among the most comfortable we have experienced in this class. With no freeway congestion, the transmission is able to switch up to its 8th gear, and eventually, we could also realise the 508’s claimed combined 5.2l/100km.

Put the D Segment Peugeot sedan into a turn, and the car obliges, biting in, with minimal understeer. There is some play with the suspension, since it is tuned for some comfort, but they hold up well, in-part due to the front and rear anti-roll bars. The variable speed-sensitive power steering is decently accurate, though at car park speeds, I feel that it makes too many turns.