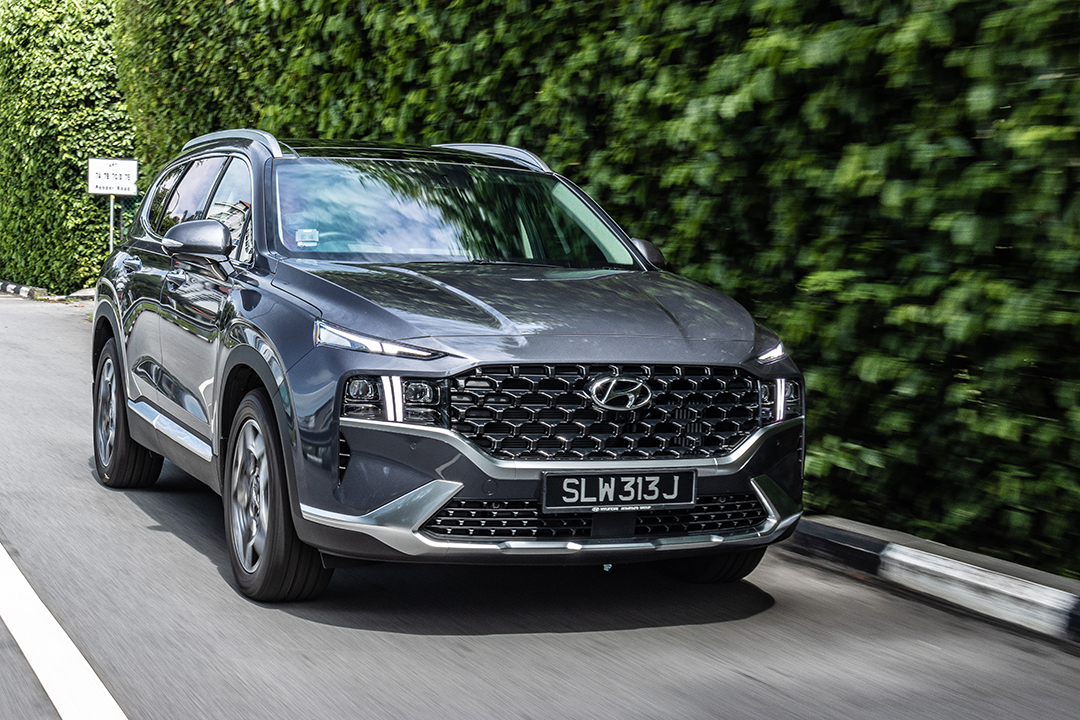 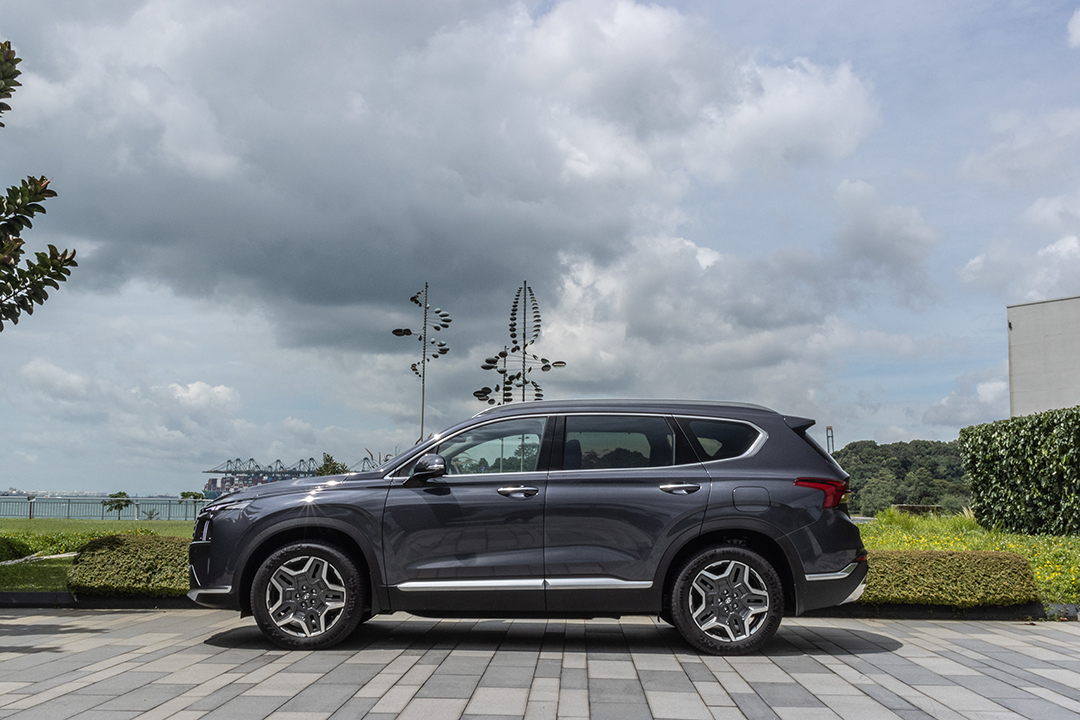 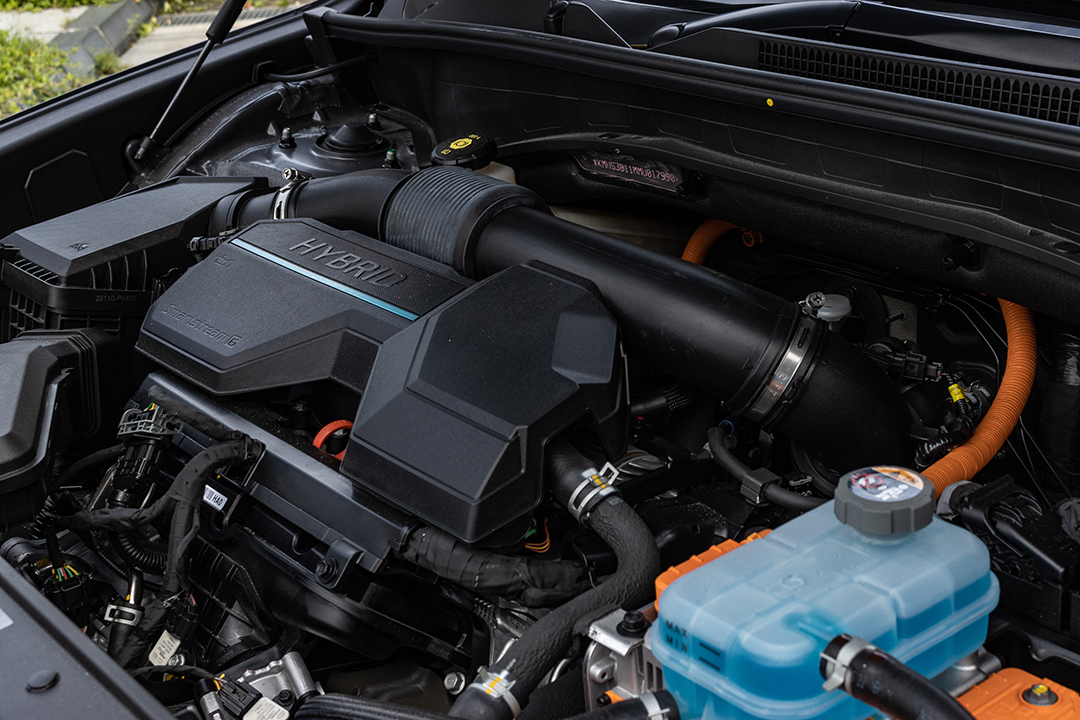 Singapore - Hyundai has just given its 5+2 seater Santa Fe SUV a proper makeover. For four generations, the Hyundai Santa Fe was the brand’s flagship SUV up until recently, when the Korean manufacturer launched the supersized Palisade. The 3.5-litre Palisade, as David Khoo opines, is typical of what might easily fulfil family workhorse duties in multi-car households.

If you aren’t keen on the idea of paying more road tax than you should-could-would, you’ll be happy to learn that the “new” Santa Fe is offered with just one (smaller) engine, a 1.6-litre turbocharged hybrid powertrain.

On its own, the 1.6-litre Smartstream G engine produces 180hp and 265Nm, the latter of which made available from just 1,500rpm. Any probability of inherent lag when moving off from a standstill is immediately cancelled by the electric motor, which delivers an additional 60hp to bring the SUV’s system power to 230hp.

Mated to a new 6spd automatic, the drivetrain addresses the biggest beef I’ve always had with the previous petrol-powered variant, namely that it was sluggish. The electric motor is a big plus, especially on days you’re travelling with a full load.

Beyond how the powertrain delivers, Hyundai has done well in ensuring that the suspension soaks up most of what our local roads have to throw at it. Moreover, for its size and considering what it is built to do, the Santa Fe manages to inspire driving confidence with its cornering abilities. 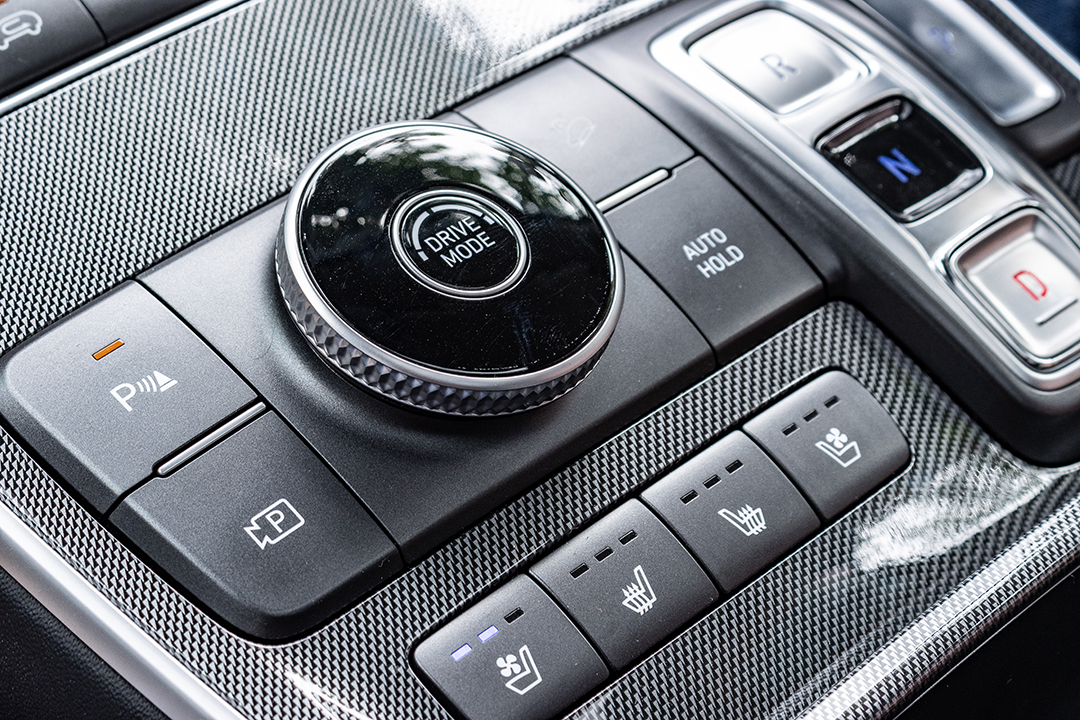 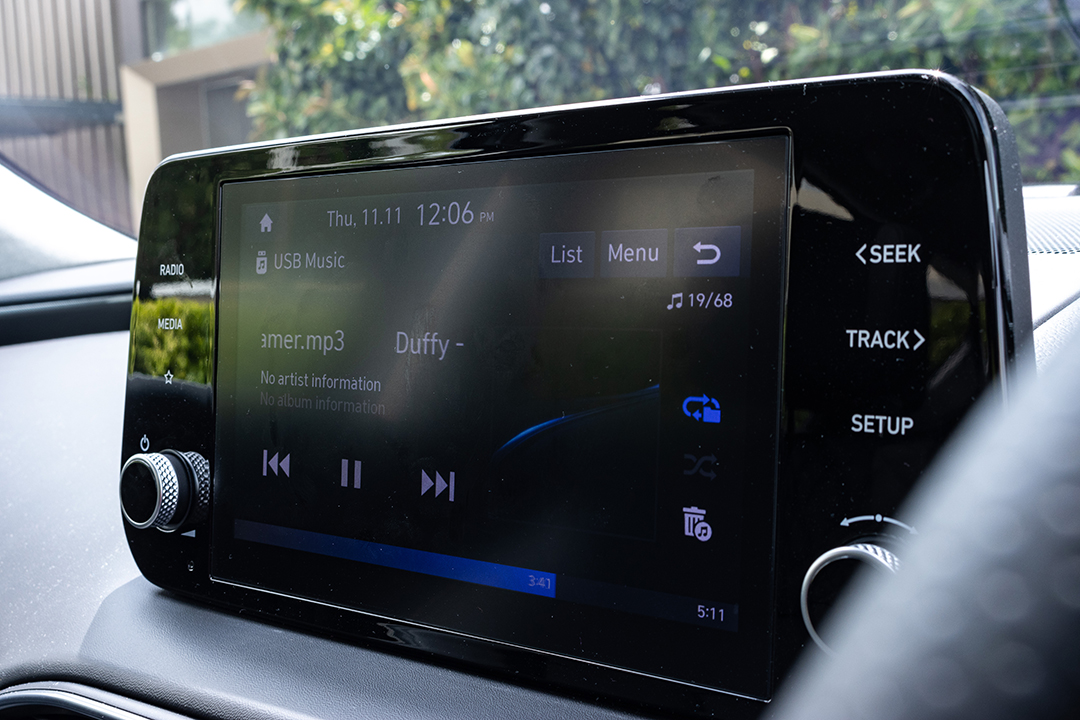 The sunroof variant (yours for an additional S$10k) also has improved lateral visibility with its Blind Spot View Monitor. The Blind Spot View Monitor projects what is captured by both its wing mirror cameras (some of the elements that make up the 360º-view display to aid you in your parking) onto the digital instrument display whenever the corresponding directional indicator is activated.

With the interior redesign, the entire centre console has been replaced with a cleaner-looking panel. Like the Palisade, the traditional gearshift lever makes way for a push-button style shift-by-wire panel and a huge rotary dial.

The rotary dial toggles between four drive modes, which seems overkill since the 2WD variants that Singapore gets do not get the additional three soft-roading drive settings.

The infotainment screen, an eight-inch display, now sits within a tidy, glossy bezel with touch-sensitive buttons. Both Apple and Android smartphones are supported, and there is also a wireless charger for your mobile device, which you simply drop your mobile phone into.

The charger, while quite an innovative design, has a little door that pushes open when you drop your phone in. This might become an issue if your kids were to push sweet wrappers or tissues through it, since it functions like an inverted trapdoor. 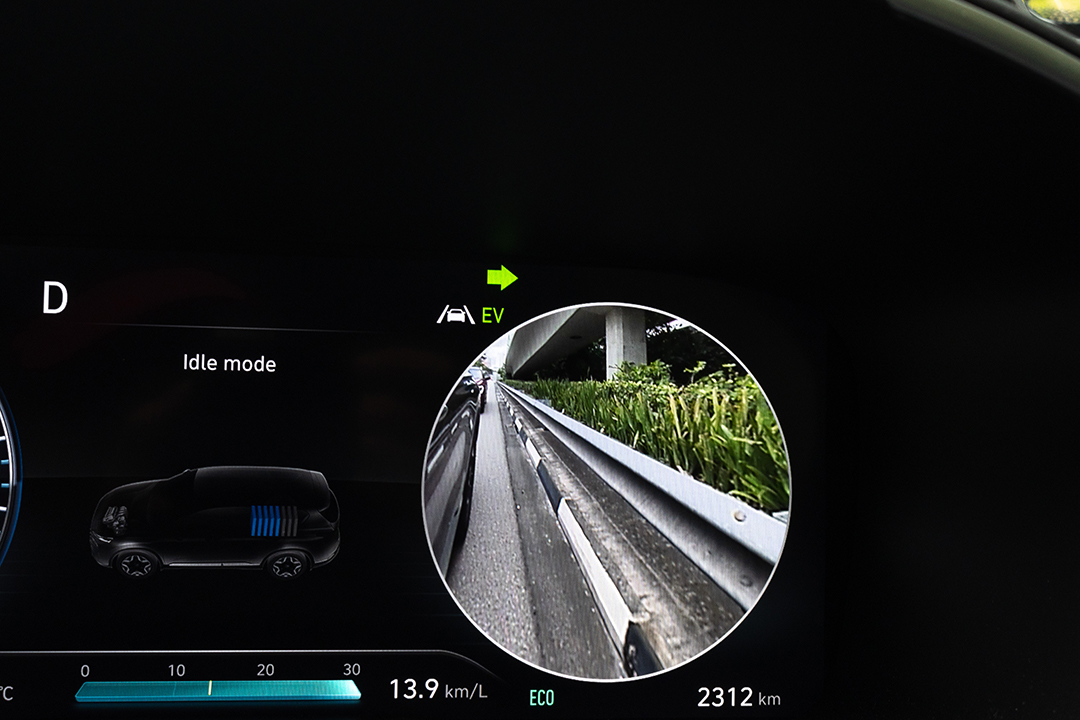 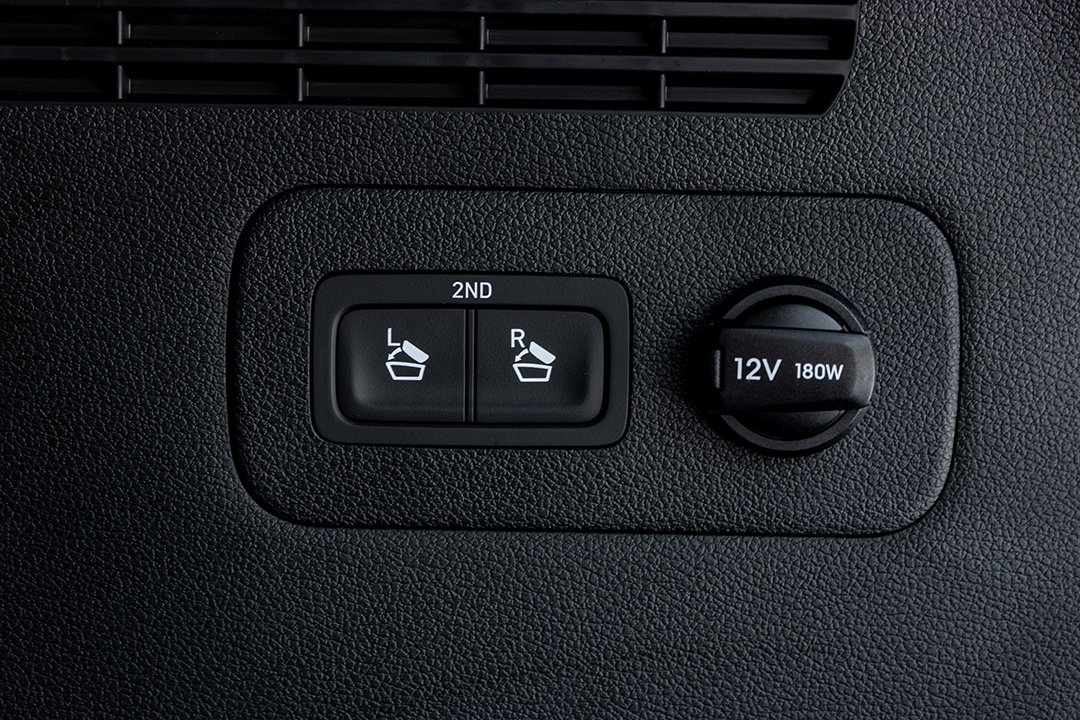 The sunroof model also comes equipped with front ventilated seats, great for cooling you off on warmer days… which are most days over here. While Hyundai tells us the Santa Fe is a seven-seater SUV, that really is quite a stretch (not literally though, because otherwise it would be a full-sized seven-seater!) and we reckon it’s more a 5+2 seater.

Taller passengers won’t be comfortable in the third-row, since the seats offer little thigh support – this is with the middle row rolled forward to accommodate adults in the third-row.

Accessing the rear is an easy process, thanks to the button on the side of the middle-row seats to drop the backrests and slide the seats forward. There are also air-conditioning vents with their very own controls for the rear passengers to keep the air circulating.

If you have a bike habit, the third-row can be folded-flat to expand cargo space from 130-litres to a whopping 782-litres. You can even fold the left and right middle-row seats easily from the boot if you require more cargo room, with a pair of release buttons that are easy enough to actuate. However, putting the same seats up again requires a fair bit more effort.

As this Santa Fe is a hybrid, the 12V battery is relocated to the lower compartment of the boot. This becomes a problem if you need to stow your cargo cover, as the battery gets in the way. 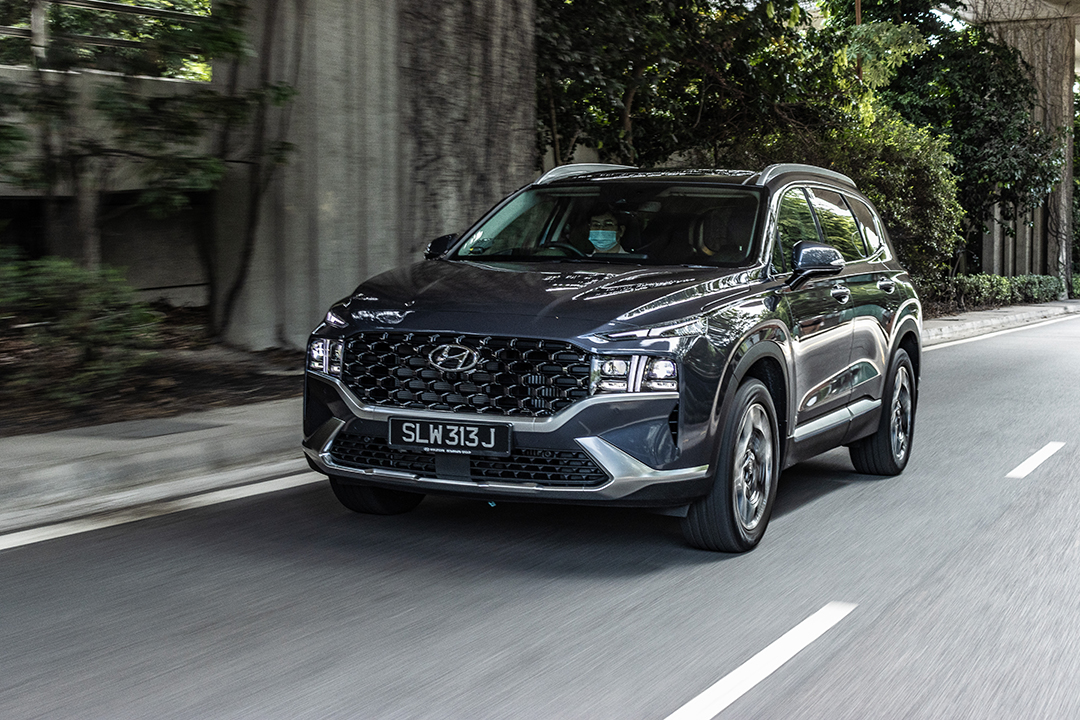 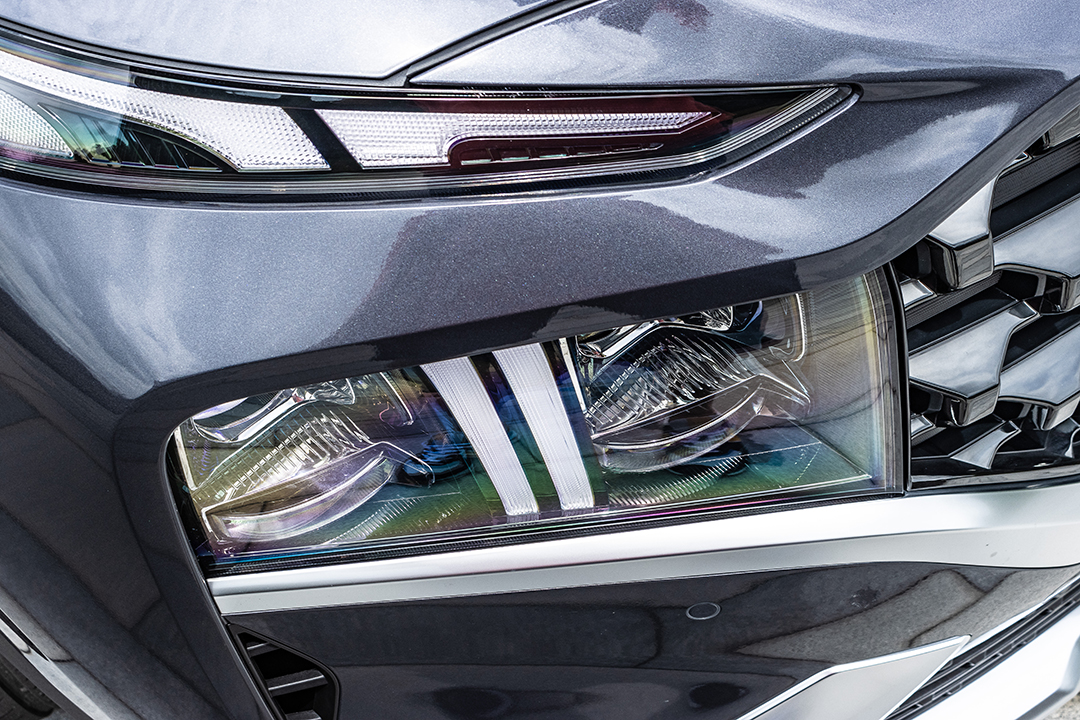 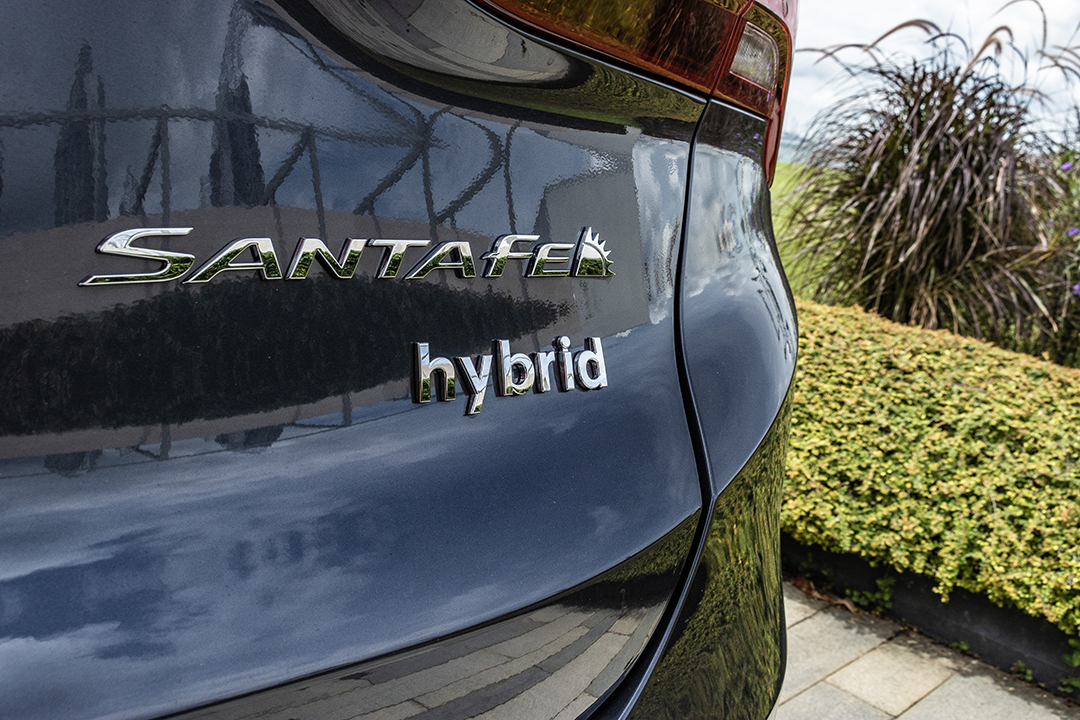 Adding to driving convenience and safety, all Santa Fe variants are equipped with clever features like Smart Cruise Control with Stop & Go, and Lane Following Assist, with the latter helping to keep you within your lane when your cruise control is activated.

With prevailing high COE prices making cars prohibitively expensive in Singapore, the Santa Fe is a feature-packed offering with a bag of party tricks that is hard to beat. The Hyundai of today has stopped making cars with the personality of whitegoods and the Santa Fe, with its white-fanged DRLs, certainly deserves a second look.