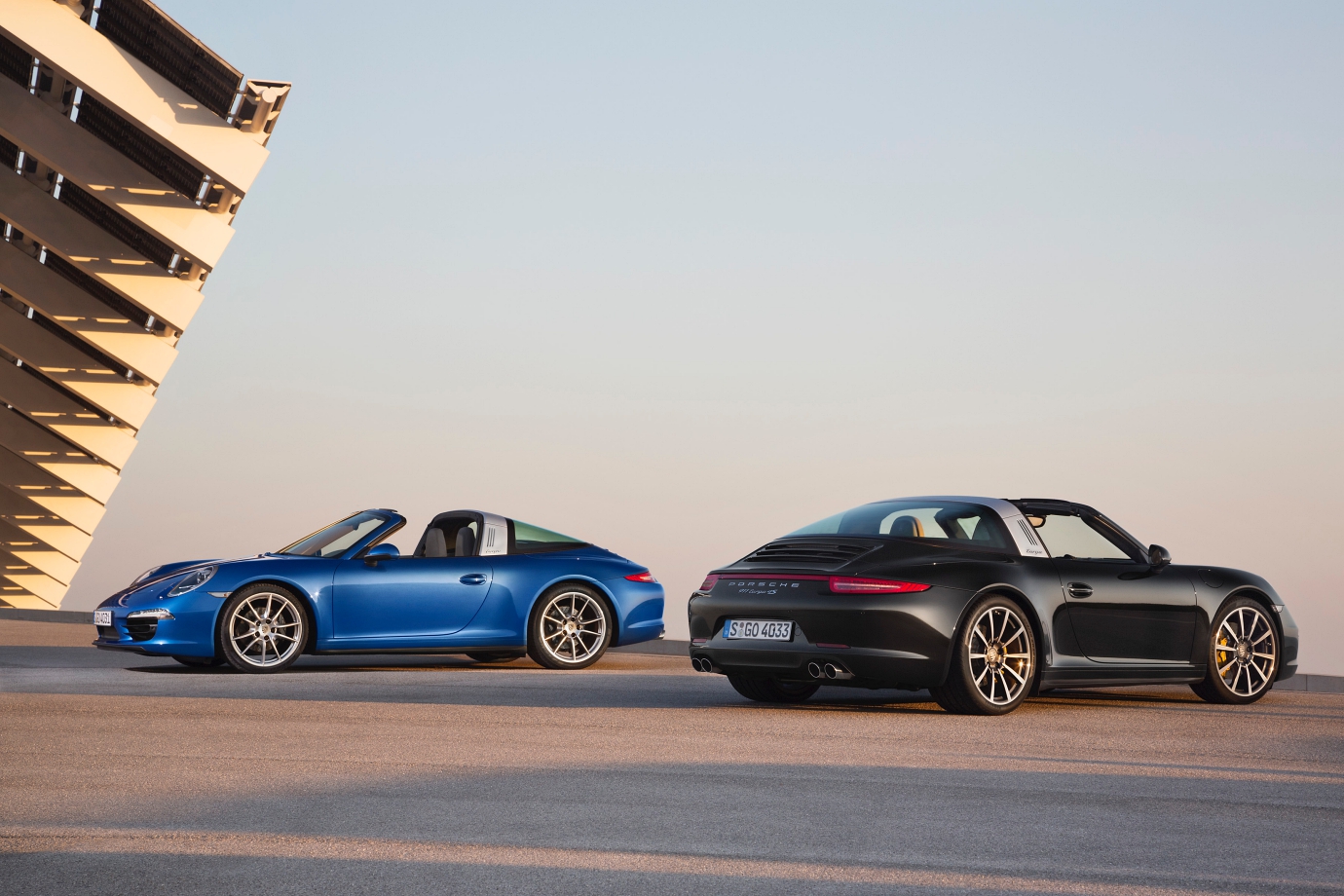 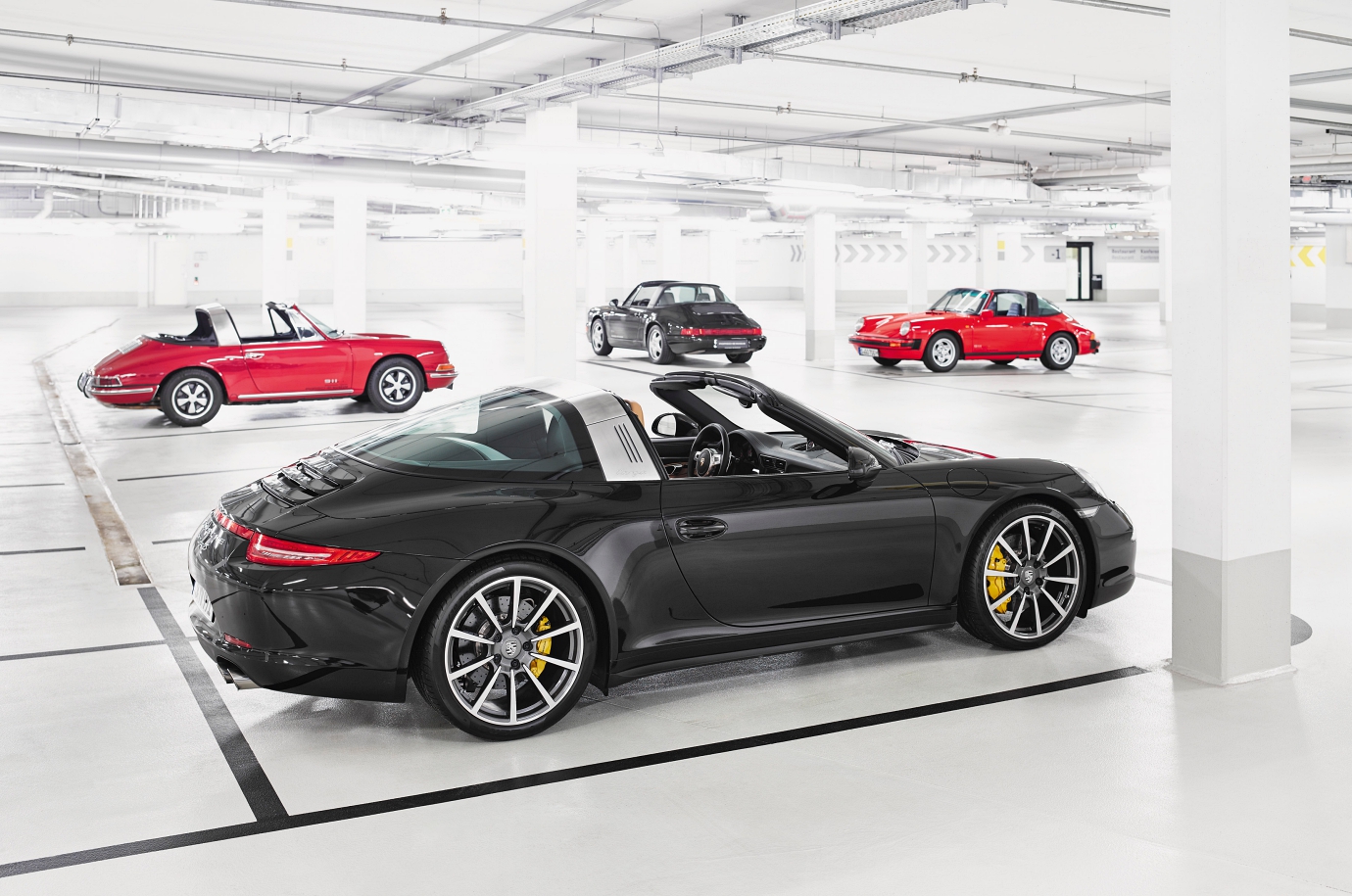 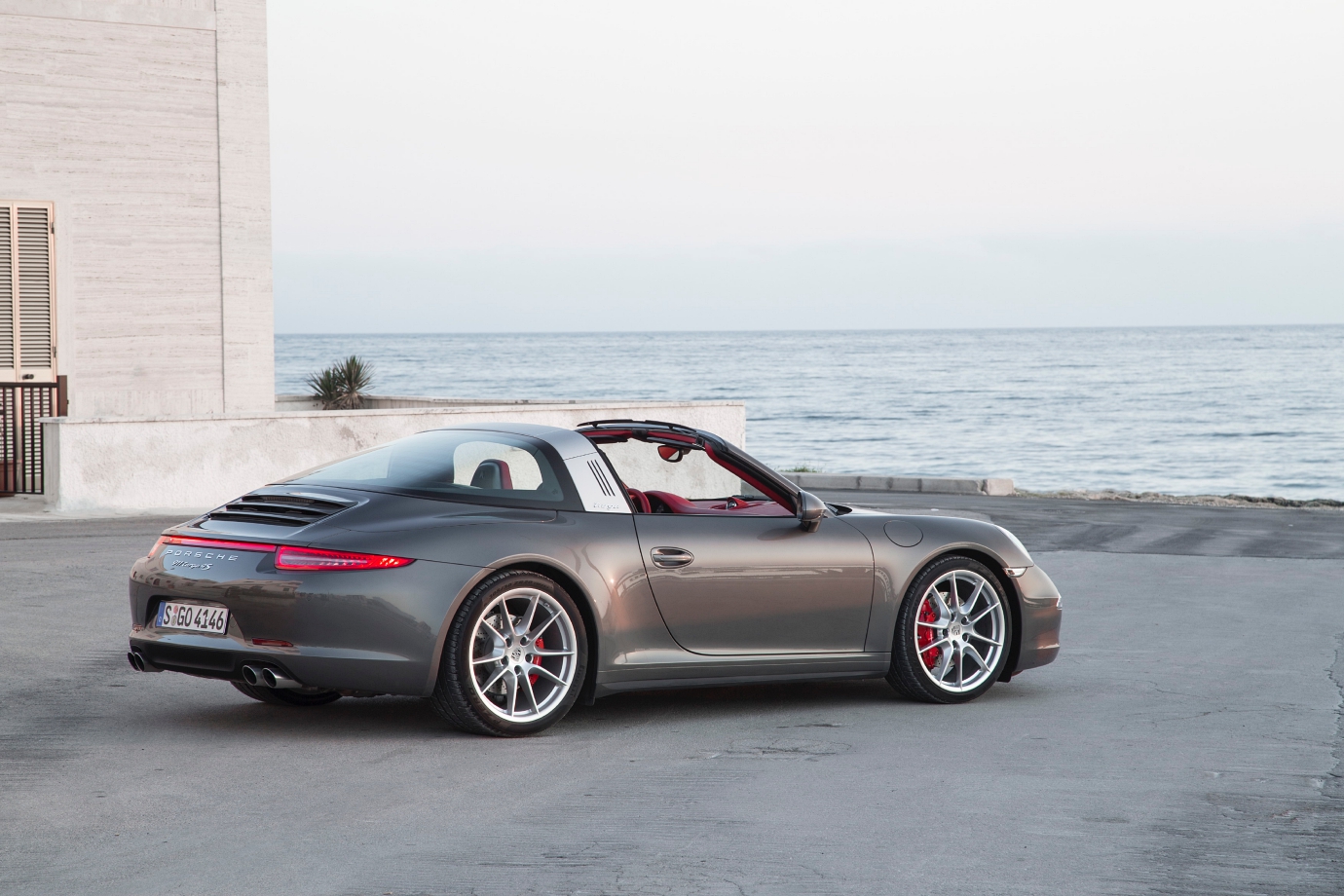 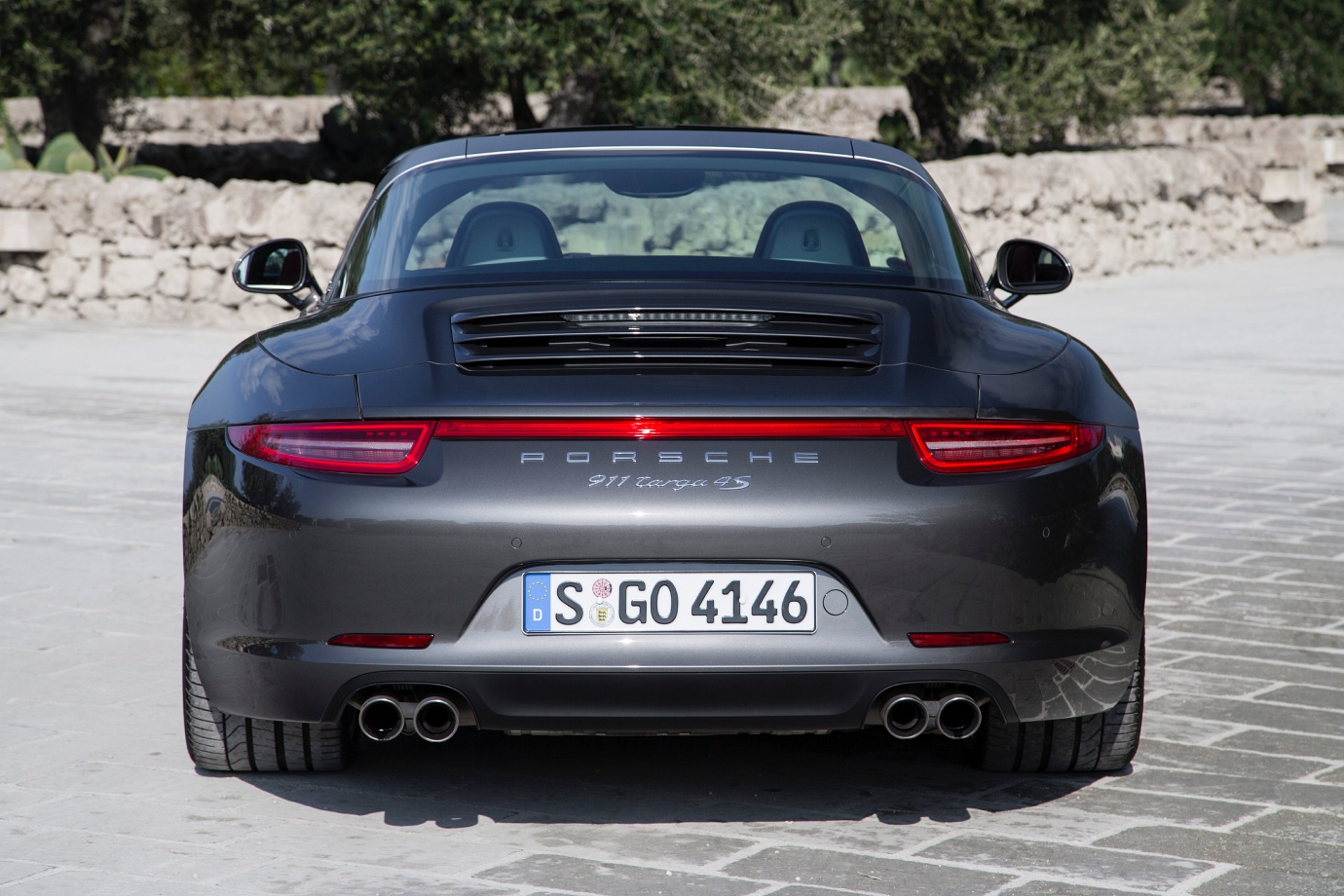 Bari, Italy – We can still remember a time when Porsches were bought by purists and hardcore enthusiasts, while the average moneyed layperson was of the opinion the brand’s cars were too uncompromising for daily use.

Of course, back then, models like the Cayenne, Panamera and Macan never existed, and the Boxster was barely in its infancy, so the small band of owners was better accustomed to a certain of performance and discomfort; after all, these elements came with the privilege of owning a thoroughbred sportscar.

Without going into a whole lot of detail regarding how Porsche’s changing fortunes for the better came from the Cayenne and Panamera (and likely the Macan, if local pre-bookings are anything to go by!), today’s landscape of Porsche owners are far more varied.

The brand's 911 derivatives and Boxster/Cayman models see all sorts of buyers, ranging from the hardcore in the GT and RS models, to the trendy ‘lifestyle’ types, such as with this seventh generation 911 Targa for instance.

(Ruf even made a mad Turbo Florio... click HERE to read our review)

However, one thing’s for sure, the Porsche DNA prevails regardless of variant, since the brand’s performance pedigree is not something that is easily eradicated from any of its cars... nor should it. 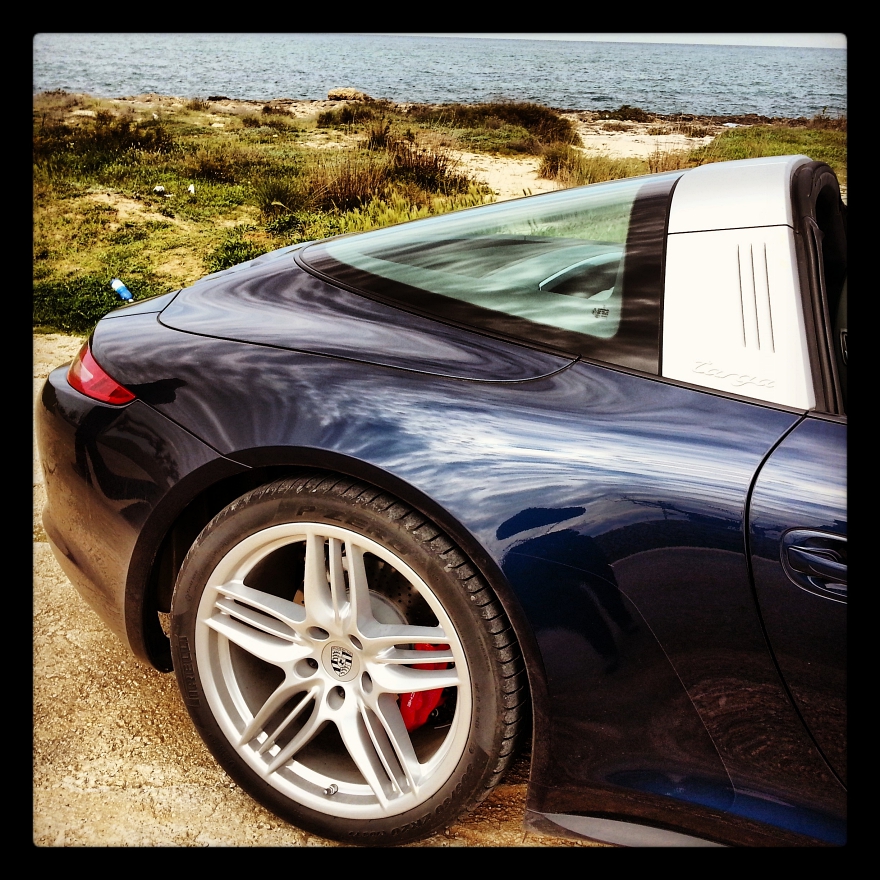 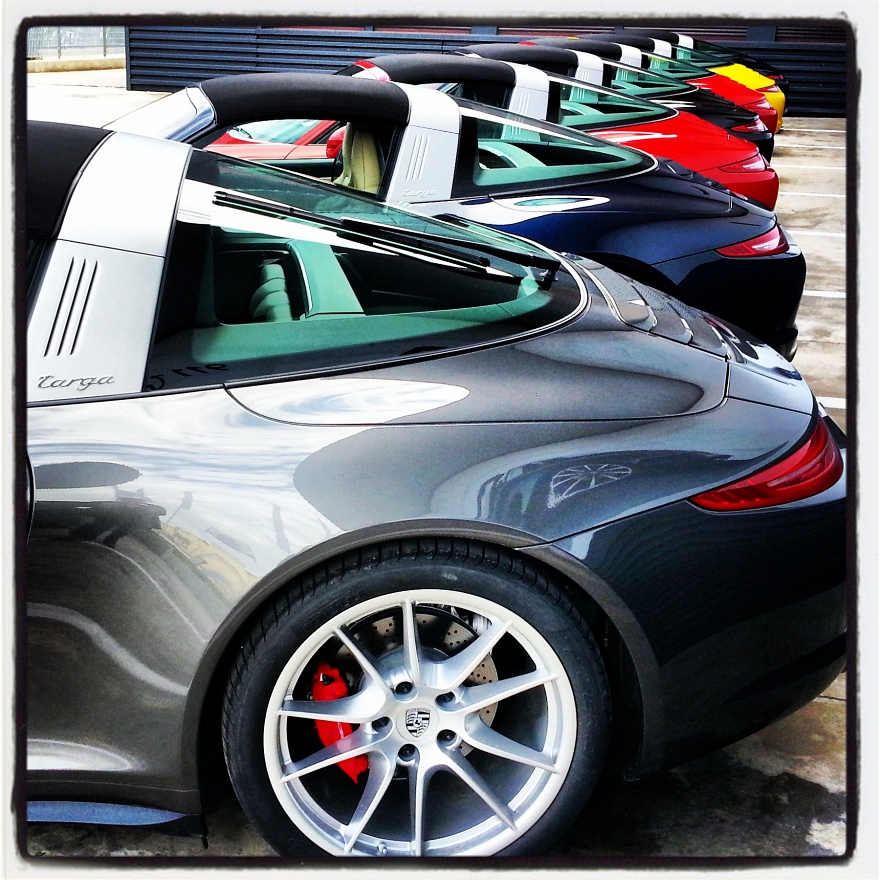 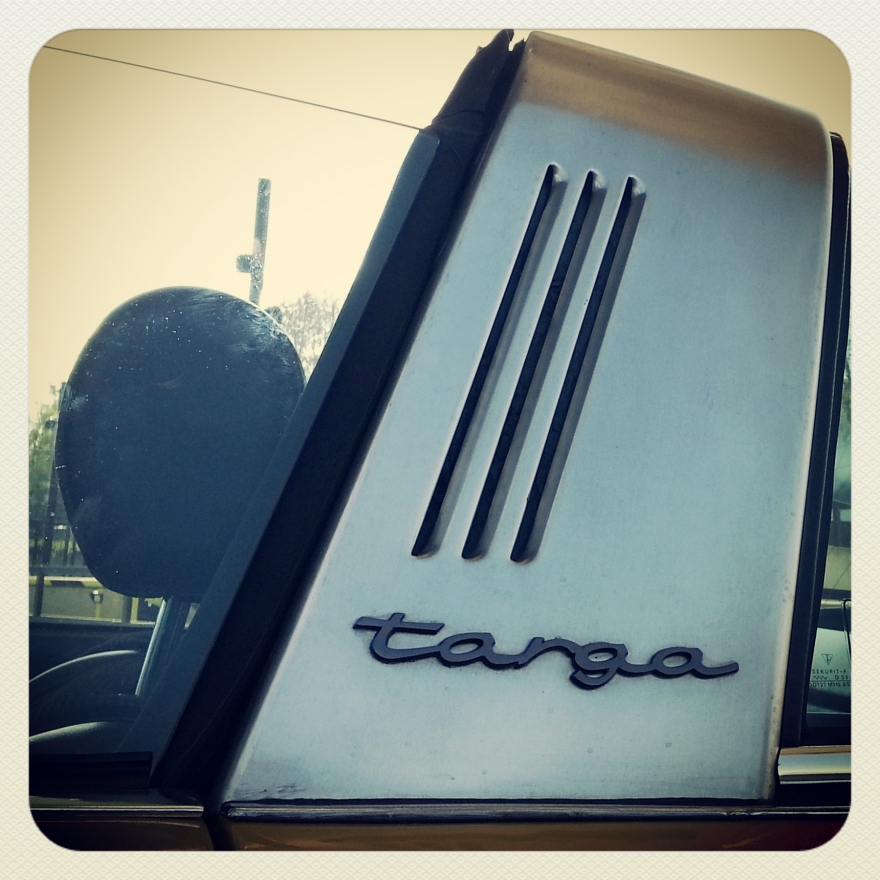 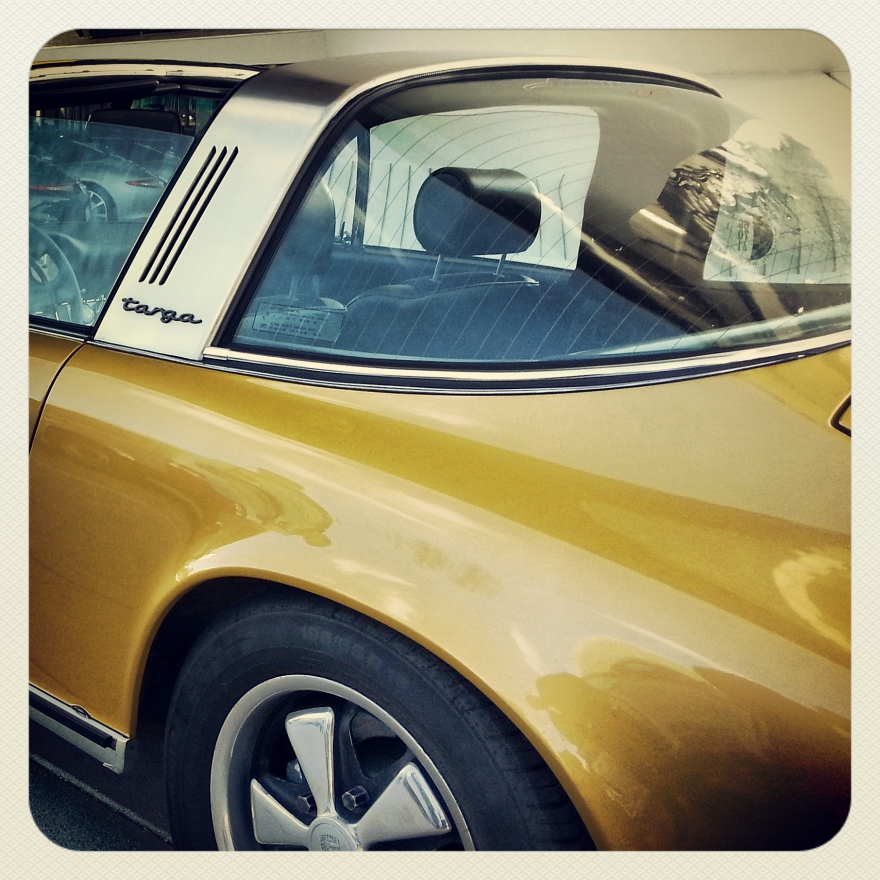 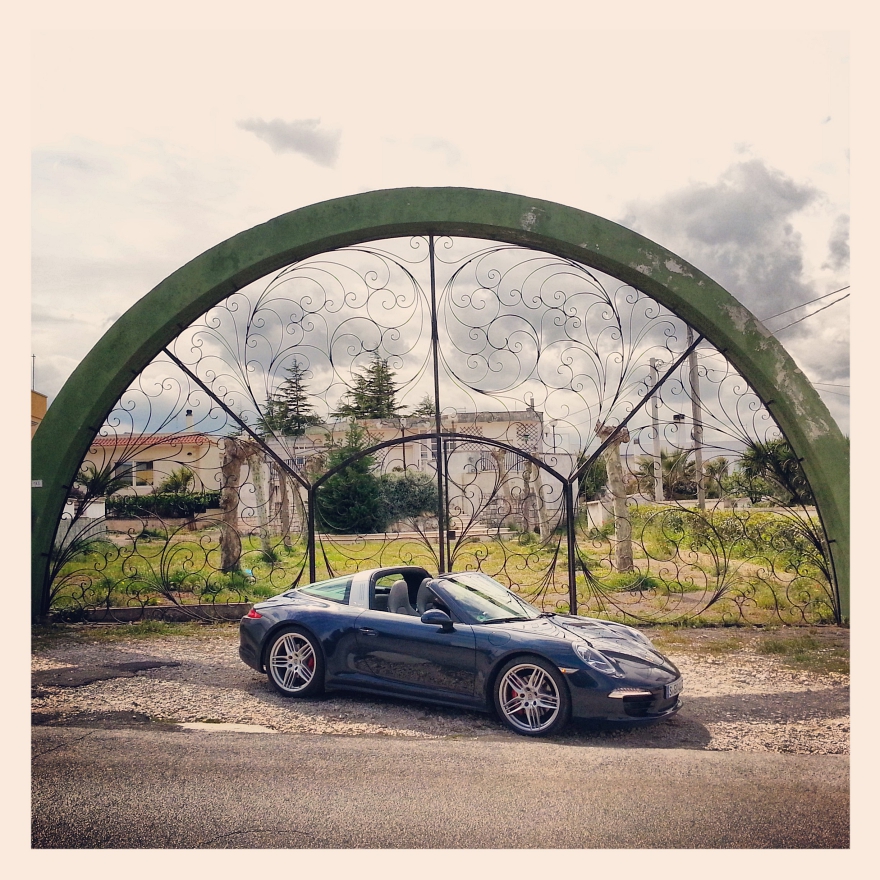 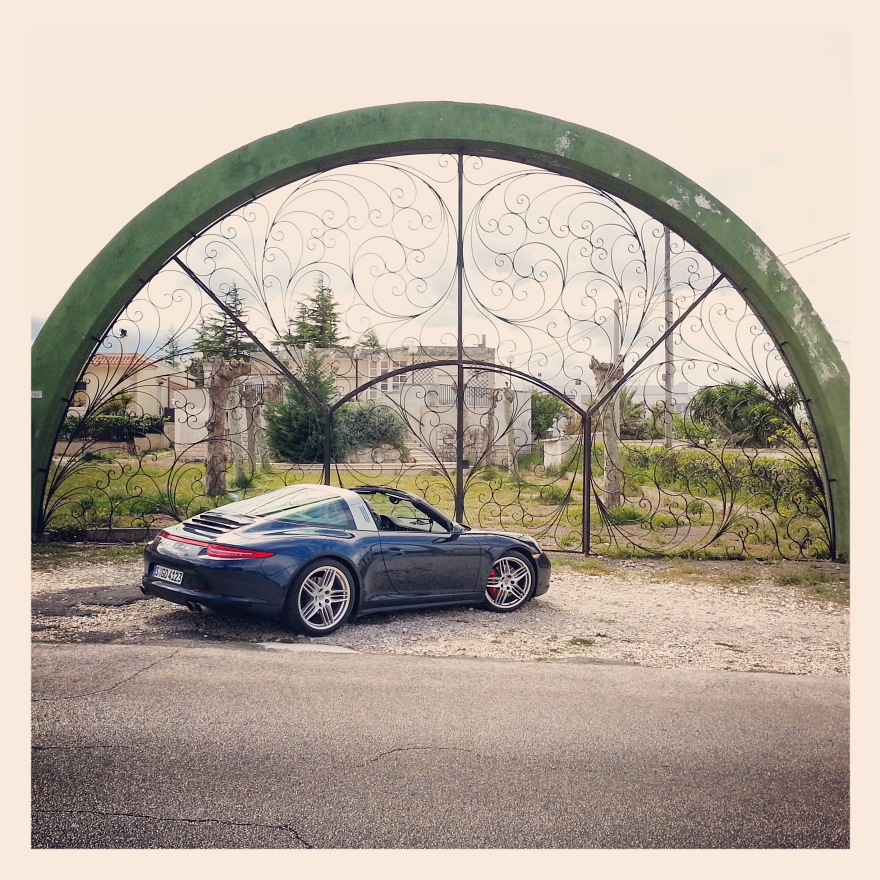 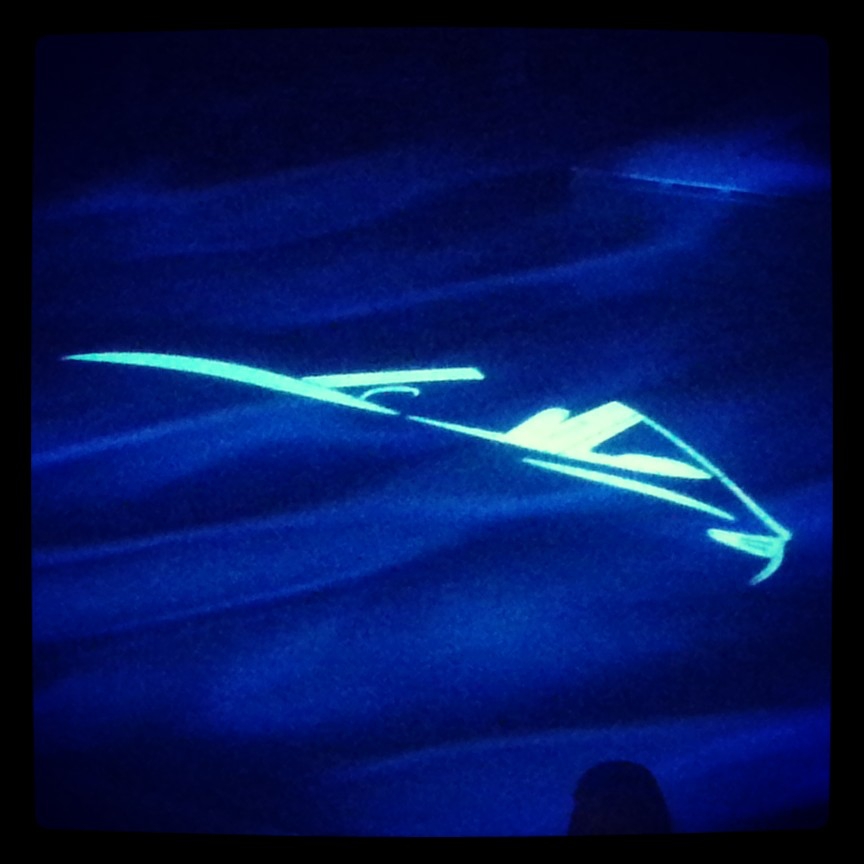 The Targa concept came about originally to allay the fears of soft-top buyers in the USA, a big market for Porsche, who felt that the T-bar could offer better roll-over protection than the Cabriolet’s apparent lack-of.

We’re told the Targa was eventually signed-off because the T-bar had become a styling element, ably reinforcing the importance of form following function – the Targa certainly cut a distinctive shape, especially with its rear wraparound windscreen.

Sadly, the brushed aluminium finish and ‘gills’ of the T-bar saw only a brief service across the original from 1967 and the G-model; by the time of the type 964, it was painted black. Sadly enough, from the type 993 to the 997 (including the various facelifts in-between), the soft-top was replaced by a retractable three-piece continuous glass panel roof.

Unfortunately, by the time of the 997, an oversized panoramic glass-roof could be specified, which pretty much resulted in the same visual effect, notwithstanding the Targa’s little chrome accents and slightly different C-pillar styling...

Despite Porsche’s attempts at retaining the essence of Targa motoring from the type 993 onwards, many purists lamented the brand’s interference with the classic styling elements that practically defined a Targa in the first place. 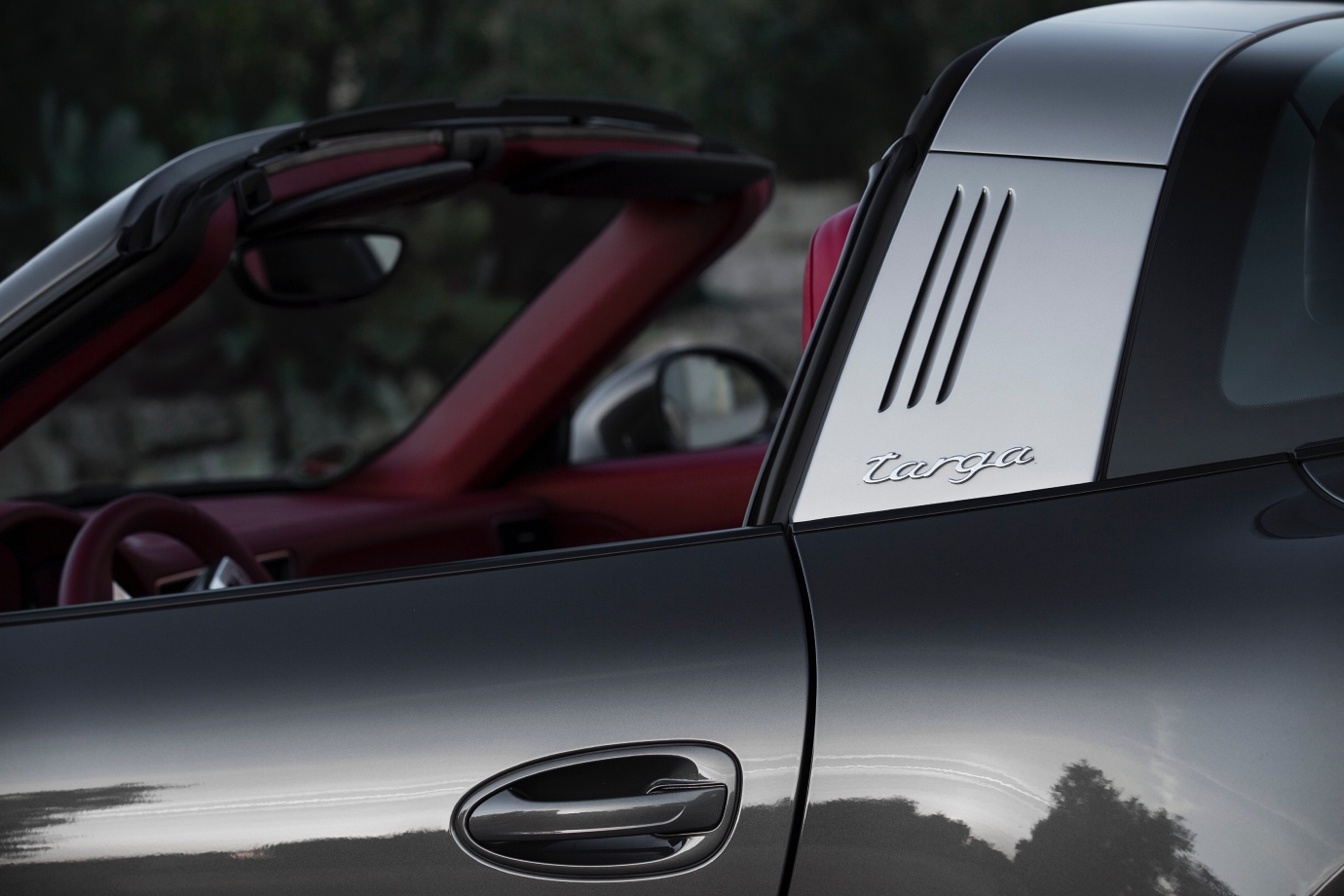 Happily enough, the brushed aluminium T-bar has been resurrected with the type 991, together with the soft-top that made the earlier models such quirky characters.

Moreover, the 44mm wider phat-body of the 4's and 4S's all-wheel driven platform (4WD-only variants was a legacy from the type 997) gives the new Targa a powerful stance and a pleasantly eclectic fusion of modern and retro, especially with the nostalgic styling elements that have come to define the Targa.

How would you reconcile the Targa with the Cabriolet, especially if a person is considering similar 4 and 4S variants? Well, some prefer the sleek silhouette the Cabriolet cuts, but others appreciate the Targa’s blend of Coupe comfort and Cabriolet’s top-down driving flavour, without the claustrophobia associated with the former and the latter’s excessive high-speed wind-buffeting when the roof is down (I belong to the latter group, especially as far as the 991 Targa is concerned). In true Porsche over-engineering fastidiousness, the whole mechanism serves to ensure that sliver of a cloth-top can be deployed – an operation that used to be manually-worked in the pre-type 993 Targas.

The entire operation takes just 19secs through a button in the cabin, or via the key fob, but the clincher is, unlike the Cabriolet, the Targa has to be stationary for it to work.

We’re given two reasons for this: at its fully tipped-back position, the rear glass section blocks the brake-lights, which is illegal in some countries. Also, enabling the system to work at up to the Cabriolet’s 50km/h would have seen an addition of 20kg to the entire mechanism, which would have affected its dynamic performance. As it stands, the Targa 4S’s 1575kg kerbweight is about 40kg more than the Cabriolet 4S’s, so we suspect an additional 20kilos would really blunt the former’s performance.

On that topic, the use of lightweight materials in the roof system keeps the weight down. We had seen the wraparound rear glass awaiting mounting during an earlier factory tour and pondered the absence of the ubiquitous demisting strips.

We’ve learnt since that the rear window is made of very lightweight laminated safety glass and consists of two layers of semi-tempered glass that sandwich very fine, almost-invisible tungsten wires, which cover virtually the entire glass area to ensure optimum visibility under all driving conditions. My driving compatriot and I aren’t convertible-types, since we’re more concerned about how the car handles than how we look in it – moreover, there’s some irony in driving top-down for a windswept look when we don’t have anything to ‘wind-sweep’!

However, we were quite taken with the Targa’s cloth-roof, which gave us just enough of an exposure to the elements without it being too intensely uncomfortable, especially once we picked up speed.

Although there is ostensibly 2+2 carrying capacity, the rear is best reserved for kiddies, since the T-bar effectively restricts the height of the rear occupants. There’s a wind-deflector strip that runs along the long edge of windscreen, which we were able to fiddle with to create a largely unbuffeted cabin.

The roads between Bari and the Fasano region are bad – there’s no other word to describe it. This was also the point of the location, really, since Porsche was happy to let us exploit the Targa 4S between the Porsche dealer in Bari to the Borgo Egnazia resort, as well as on the severely pockmarked roads that wind along the Savelletri coastline.

The technical basis of the Targa 4S is the Cabriolet, albeit with specially calibrated suspension to deal with the additional weight. We’re told the static torsional rigidity of the Targa is 10 per cent stiffer than its Cabriolet sibling, but the two are almost identical as far as dynamic rigidity is concerned. One doesn’t simply call it a Porsche and not expect it to perform dynamically, since the brand’s DNA is an inextricable part of the Targa 4S’s personality. The ride is nothing but exemplary over the bad roads, even on the 20-inch footwear, but what’s more amazing is the car’s handling prowess over the winding portions.

Compared to the Targa 4, the 4S delivered more punch exiting the corners, as well as on the straights, although both variants proved equally adroit at tackling B-roads, thanks to their innate balance.

The 4S is angrily vocal to the 4’s mellow, as its throaty note at low speeds transforms into a shouty snarl that prickles the hairs on one’s back as you prod pedal to metal. The Targa 4S may not be face-squooshingly fast, but the PDK and Sport Plus is a potent combination that will see-off the 100km/h dash in under 4.5secs.

Standing start sprints and top speeds aside, perhaps more important is the Targa 4S’s potential for real-world fun. Dr. Erhard Mössle, GM of the 911 Turbo, Carrera 4 and Targa 4 product lines, had told us during the welcome dinner, “It is possible to have fun in the Targa from just 80km/h; with the Turbo, you only start to have fun above 150km/h!”

Having just razzed around in the Turbo S at the Sepang F1 Circuit, we recall how relieved we were to have such a large playground for the car’s darkside, especially at full throttle – we certainly can’t imagine responsibly unleashing the full breadth of the Turbo’s potential on small winding public roads.

In spite of the nay-sayers, we’d say that the Targa 4S is right on the money as far as looks and performance go, since its modern-retro aesthetics are well-complemented by stirring performance… as far as the real world is concerned.