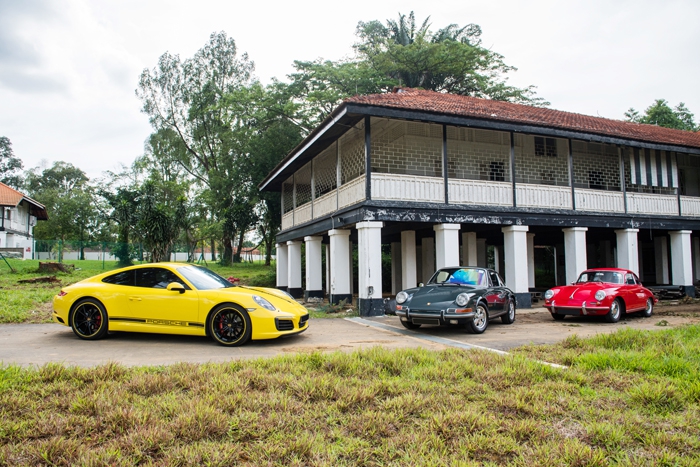 Singapore – Porsche’s diverse model range today encompasses the 918 Spyder supercar, Cayenne and Macan SUVs, Panamera sedan, compact mid-engined/rear-drive sportscars like the 718 Cayman and 718 Boxster, as well as the iconic model that started it all, the rear-engined 911.

Like its portfolio of cars, Porsche’s ownership demographic has evolved beyond a niche group of hardcore enthusiasts, as it encompasses folks who also appreciate the brand’s luxury sporting cachet.

However, of this second group, we reckon more than half of them inadvertently become infected by Porsche’s hard-driving heritage, because the events and camaraderie invariably centre around driving, which is exactly what the brand is about. 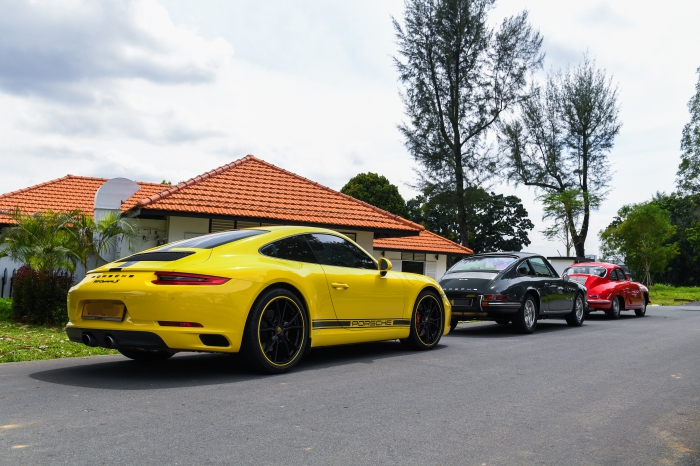 Porsche is part of a small handful of brands today that serves up a depth of products that credibly caters to a wide spectrum of buyers, with varying degrees of sporty engagement as you move from base to range-topping models – of course, the visceral engagement offered by the track-honed GT cars is always worth a special mention.

To put it in perspective, Porsche has been creating sportscars for the better part of 70 years, so while other brands have been in business for as long (if not longer), many were mostly building family-functional transport before deciding to dabble in sportscars.

The 911 is one of those models where old and new alike stand on more-or-less equal footing. Spotting an old’un in the wild isn’t such a rare occurrence either, because Porsche tells us at least 70 per cent of all its cars ever made are still on the road today! 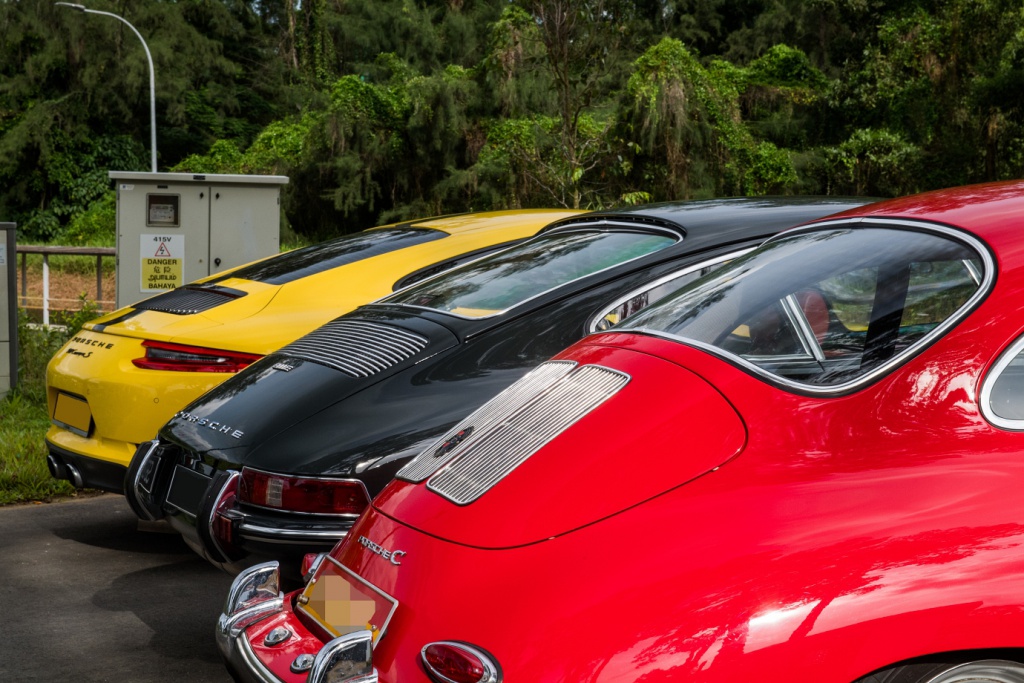 With collector interest in older Porsches growing, prices for air-cooled cars are creeping up to an extent where rarer models are now too ‘precious’ to drive, an anathema to die-hard Porsche-philes.

Due to the technical nuances, no gathering of 911s is truly exhaustive since there are many permutations to exploit, but one thing we realised with Porsche is: every update is based on a technical function, as opposed to change for the sake of it.

Even then, it doesn’t matter what models you end up featuring, because everyone else seems to have an opinion about what should/shouldn’t have been included! Rather than gathering every single Coupe from the 356, we decided on quality over quantity, instead of sheer numbers for the sake of it.

We’ve always wondered if cars become less enjoyable as the manufacturers strive towards automotive perfection, especially in the push towards autonomous driving – the ‘human’ element is the random variable in many perfect equations, so attaining any measure of predictability requires taking that out!

Happily enough, even though we’re unlikely to see the likes of the 356 C and 911 E again, the performance of the 991.2 continues to underscore the fact that Porsche creates technology that works with drivers. 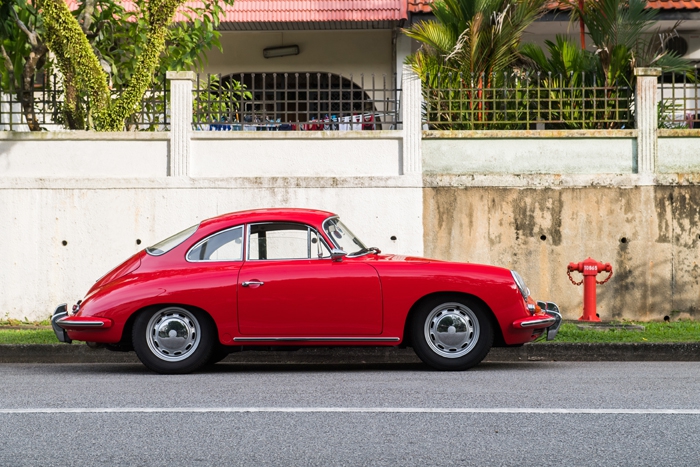 The Scarlet Letter - 356 C
The 356 started it all for Porsche, and set the design and technical templates for what would become today’s 911.

In fact, Ferdinand Porsche Sr.’s humble VW Beetle would form the technical basis for his son, Ferry’s (or Ferdinand Porsche Jr.) aluminium-bodied two-seater 356/1 ‘prototype’ roadster in the late 1940s, although Porsche’s creation was biased more towards performance than the Beetle’s basic utility. True to skunkworks racing form, Porsche tuned the Beetle’s air-cooled, flat-four to deliver more potent performance than in the VW.

Even back then, Porsche already had its eye on motorsports, and introduced a sub-1.1-litre that retained the same power output as the 45cc larger engine.

Coupled to a sub-600kg aluminium body, you could enjoy scintillating open-top performance from the car. Detractors who claim that 911s are nothing more than glorified Beetles haven’t driven one and/or the other. With the 356/2, Porsche decided to relocate the engine behind the rear axle, and the rest, as they say, is history. The reason wasn’t so much for performance dynamics as it was for packaging purposes.

Porsche wanted more interior space to accommodate luggage or jump-seats, a trait carried down through the years through the 911 E and the latest 991s – save for the harder-edged GT/RS/R models. 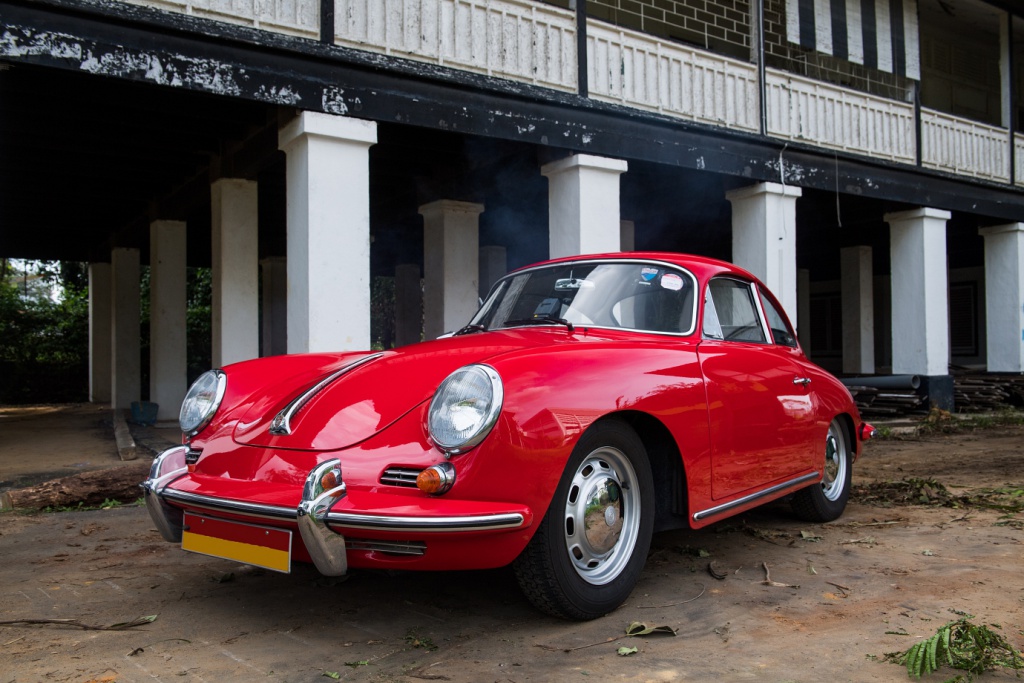 Porsche clearly felt it wasn’t sufficient just to offer stirring performance, but the cars needed to be driven daily, as well as for touring purposes if the need arose.

From the start of the 356 A, production had moved back to Porsche’s pre-war Werk I facility that had been vacated by the Allied forces. 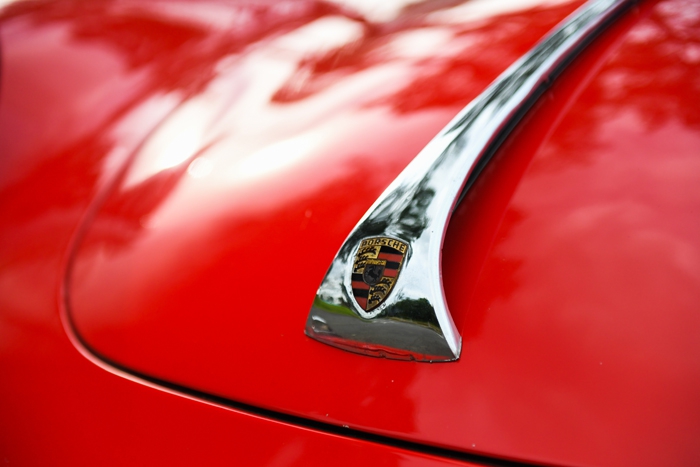 The ‘A’ saw a selection of five variants – a taster of the different models that would come after the 911’s introduction – among which was a high-revving ‘Carrera’ that would underscore Porsche’s focus on dynamic thrills and sporty driving. With cars like the 356 C and the 911 E, it’s never about huge horsepower figures, but the holistic balance between engine performance and lightness of being.

It depends on how big a petrolhead you are, but the ritual of inserting key, priming the fuel pump then cranking, is as important a part of the driving process as co-ordinating steering, pedal-work and gearshifts. Compared to modern cars that keylessly-start at the push of a button, the temperament of a classic car is far less predictable… or forgiving.

There’s a solid sense of hand-hewn nostalgia in this red ‘C’, with achingly beautiful patina inside the cabin and matching red on the dash panel.

We go through the owner’s ten-point checklist before starting her up and finally, the moment of truth: there’s a pregnant pause before the engine catches and she fires to life in a glorious clatter of unadulterated mechanical music. There are anonymous old cars and then there are old sportscars like classic Porsches – the latter remains forever young at heart and there’s an indefinable quality about sportscars, both young and old, that tugs at the heart-strings of the kindred spirits that can recognise it. The owner’s Missus is looking on worriedly since we’re sitting in the idling car under the porch and seem to be spending an inordinate amount of time caressing the thin-rimmed wooden steering wheel.

Our look of eyes-closed rapture as we slot the shifter into first gear must have engendered even more discomfort, since surely this isn’t the sort of face one makes in polite company… but as sure as the sun rises in the east, we couldn’t help ourselves!

Although an aircon system has been retrofitted, we decide to drive it al fresco to keep with the original spirit of the car.

Stereo? No need for artificial music piped through the speakers when the air-cooled flat-four is playing all the tunes we want to hear.

Like all proper sportscars, the engine thrives on revs and there isn’t a tardy bone in its body, even if the car is a relic from the 1960s. It’s agile and light on its feet, and a real hoot to drive without worrying about busting the speed limit. Get everything right and you score big, as your progress is brisk with only the engine’s soulful rendition for company as you plunge deeper into the driving experience.

The car’s dainty proportions seem perfectly natural on the roads and is easy to place when the going gets fast, and with this frisky chilli padi, you’ll always want to take things fast and furious.

With its light weight, short rear overhang and modest engine performance, the handling of the 356 C, even with engine bobbing at the back, never threatened to bite back, so it was possible to enjoy a brisk drive without fear of reprisal. We return the car sweaty and spent, but happy, with the faint scent of oil on our clothes that will certainly need some explaining to the Missus when we get home, but such is the stuff of love affairs. Porsche is perhaps the most consistently great carmaker in the business. Quite good at racing also Porsche’s brilliantly barmy off-road 911 is here, but how would you spec yours?