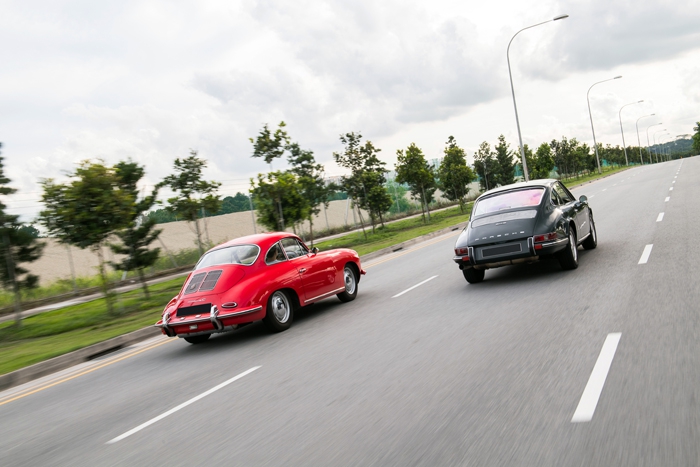 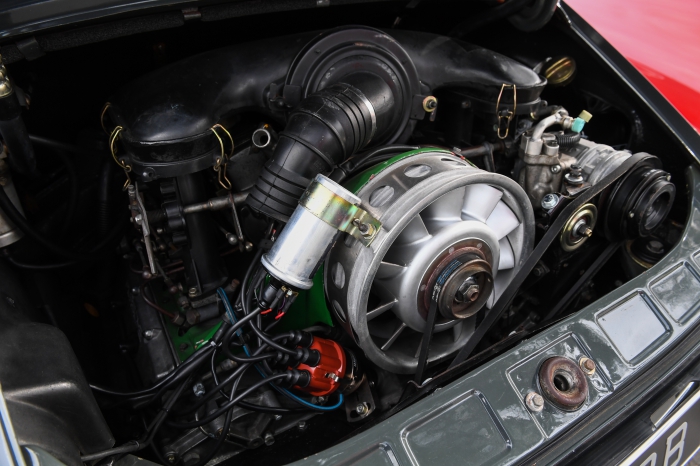 This generation introduced the flat-six engine, albeit in two-litre, as well as Porsche’s foray into automated transmissions with its ‘Sportomatic’ – an automated manual with no clutch pedal and a torque converter to provide slip when moving off from standstill.

In addition to the sporty ‘S’, entry-level flat-six ‘T’ and the ‘E’ (nee ‘L’), the Targa also appeared within this first 911. Most importantly, the evocative ‘RS’ moniker made its debut as the Carrera RS in 1973, a racing homologation special that was a swan-song hurrah before the arrival of the ‘G’ series in 1974.

Not all of this generation had flat-sixes, because there were lingering traces of the 356 in the 912, which was saw continued service of a flat-four 1.6-litre.

The 912 featured reduced specifications and was intended as a wallet-friendly ‘911’ for ex-356 owners, because the 911 had entered the market at a higher price point than before. The 911 started with a flat-six two-litre, then went to a short-lived 2.2 in 1969, and finally a 2.3-litre for our example. 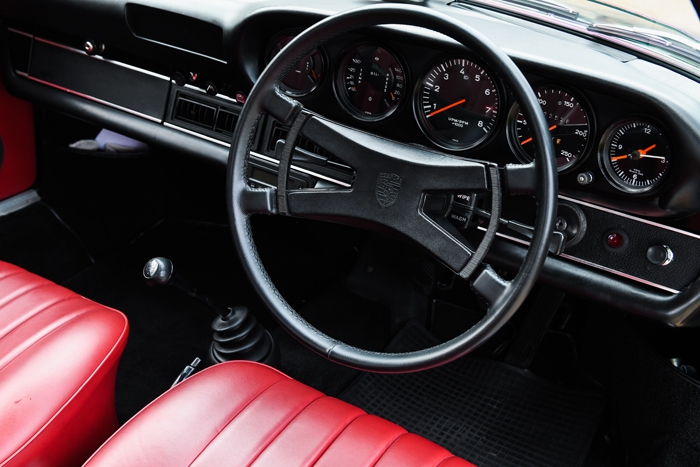 Don’t let the drab grey exterior fool you, because the 911 E’s red boudoir is gorgeous burlesque risque, and makes for a strict contrast against the black of the carpets and dash; there’re also bling bits that tart-up the exterior, like the polished rims, wing mirror and tail-lights/front grille surrounds (although these come from an earlier car).

The characteristic five round gauges that have been carried into every successive Porsche, like the 991.2 for instance, are gleaming with intent, and a quick glance is all that’s needed to take in the information.

There’s precious little else in the way of amenities or frills – or rather, the drive is the frill! – so there’s nothing to distract you from the drive. 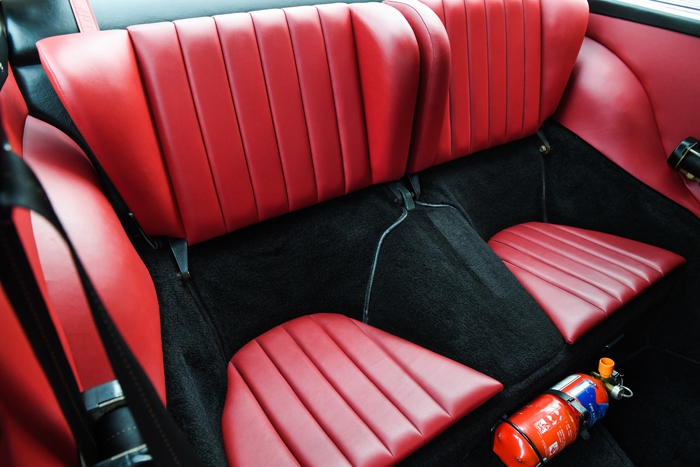 This 911 E was optioned with the four-speed Sportomatic, but now lives life with a period-correct ‘915’ five-speed manual transmission.

Like the 356 C, there’s a charming system for priming the 911 E’s fuel delivery before cranking, which results in near-perfect starts every time. It tips the scales at just over one-tonne (the 356 C was just shy of 950kg), so the 165bhp and 206Nm are put to good use. 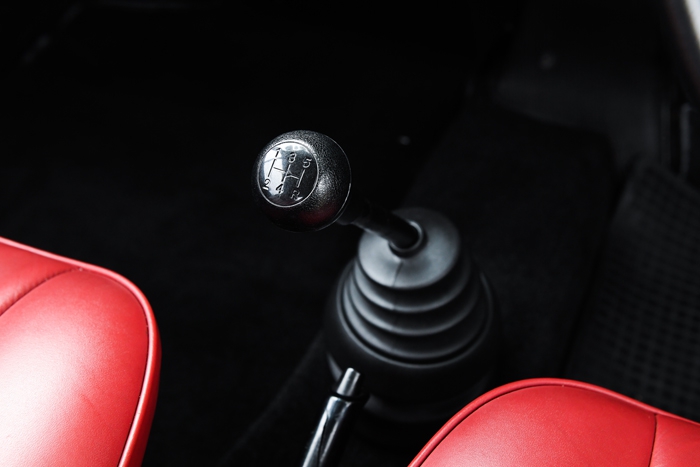 It’s possible to potter slowly around town, because the combination of flyweight and torque lets you achieve a goodly pace. Once the sun goes down (or the red mist descends), the fun comes up and you can paint the town as red as the seats. Like on the 356 C, the shifts can’t be rushed, and blipping quickly becomes second nature to help smoothen gear changes.

Now, the 356 C might not have had enough power to get you into trouble with its rear-engine/rear-drive configuration, but the 911 E is a trickier beast.

The combination of higher engine output, longer rear overhang and the flat-six’s weight at the back means you’ll need to keep your wits about you when you’re pushing it, as you constantly scan the road for undulations and anything else that could inadvertently unsettle the car at speed. 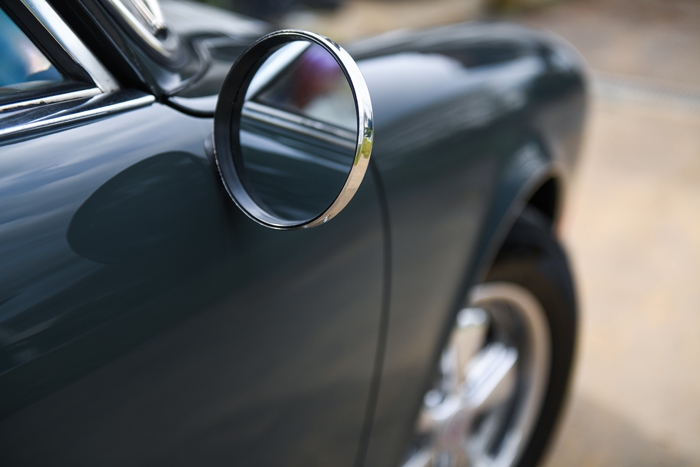 In this iteration, the 911 is nimble and remarkably agile in quick direction changes if you’re bold enough to play with the weight-shifts, especially after you’ve built up enough momentum, but it can catch you unawares if you’re not expecting it.

Such is the joy of older cars, where their ability to injure or maim is not neutered to cater to an increasingly PC audience, but it is instead a constant journey of discovery for the drivers to develop their driving abilities. 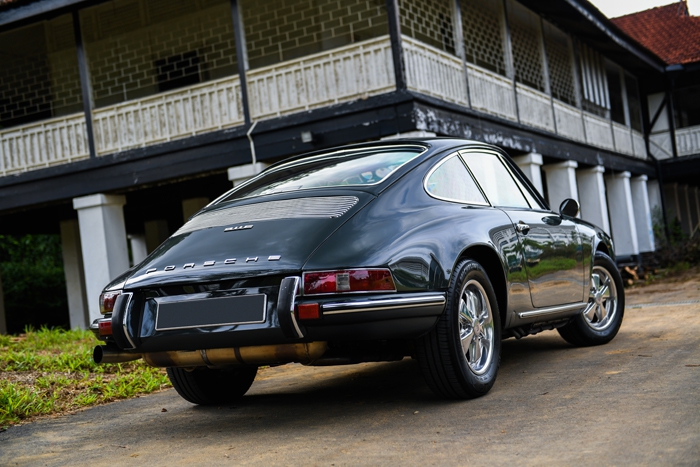 Every drive is a labour of love, and what’s wonderful is how mechanically alive and engaging such cars feel to drive, because there’s nothing to numb your senses from the communication between man and machine, and you’re intimately aware of all the dips, troughs and camber changes on the road.

The 911 E snorts, growls and heaves like a captured animal, but this isn’t something you want to tame, coerce or break so you can mount it on a trophy wall; instead, it’s a lifelong learning journey to have it work with you in perfect harmony. 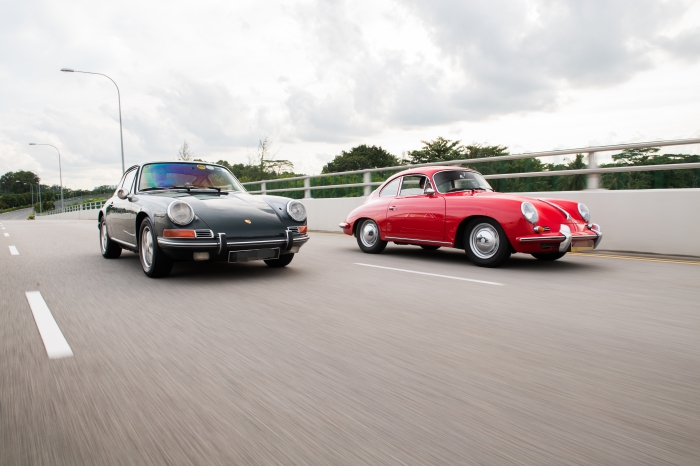 You need to be 100 per cent committed and your senses are constantly keyed-into the lines of communication that pummel you from all sides via the steering wheel, shifts, seat-of-pants, as well as the nose, eyes and ears. You don’t hurry her along as much as you coax and cajole, with unhurried shifts and smooth, deliberate inputs.

These days, people tend to mistake fast cars for driver’s cars, so if you’ve only been exposed to the new, getting into a sportscar from just 20 years ago is already radically different from anything ‘sporty’ today, and this is more poignant in the 40/50+ year old 911 E and 356 C. 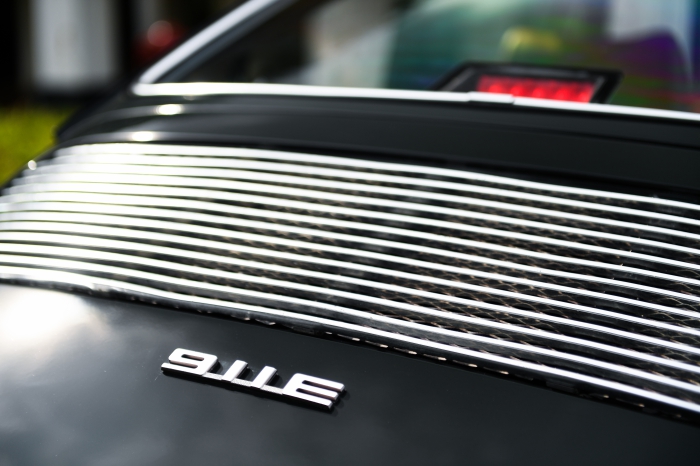 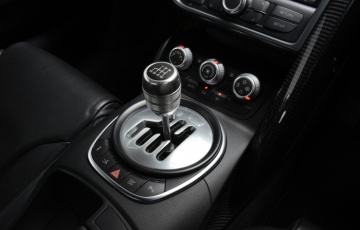 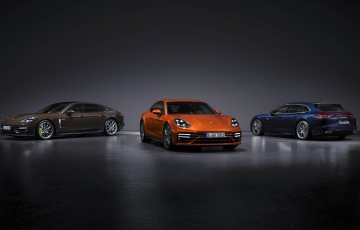 The new Porsche Panamera now has a Turbo S version

Porsche has updated its super sedan, and made it even quicker in the process