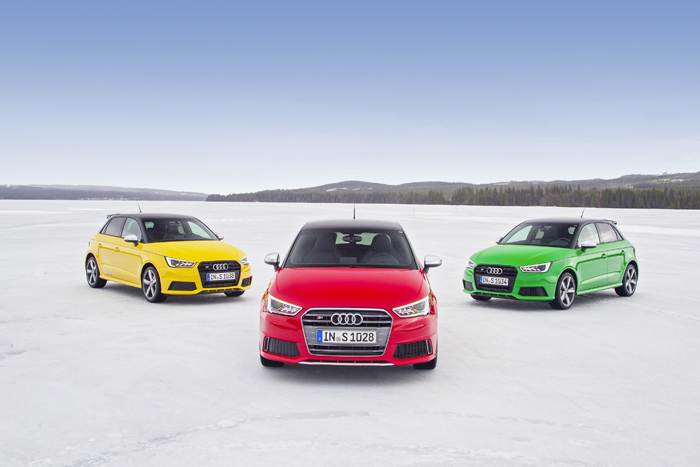 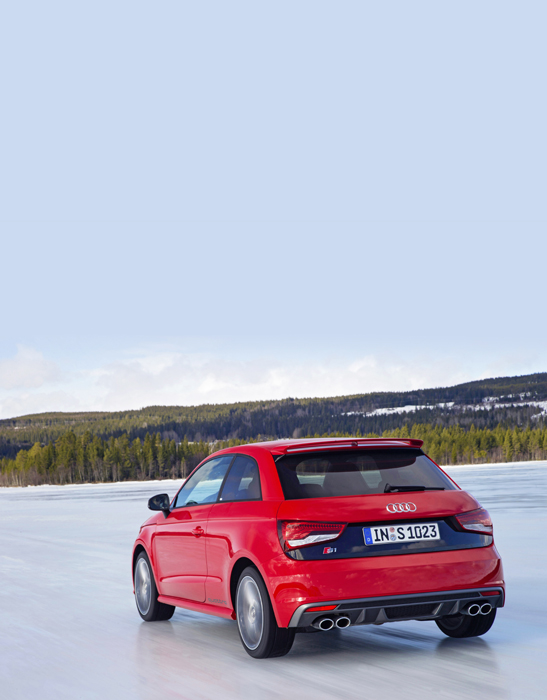 MUNICH, GERMANY - The perception of automotive perfection is a funny thing... As much as we try to rate the concept of ‘perfection’ in purely quantitative terms through spec sheet comparisons, the reality is that everybody’s definition is grounded firmly in emotion. For every sizzling hot supermodel we drool over, there’s likely already some guy who’s already tired of her.

For us – and we hope this is a sentiment shared by our readers – we don’t mind working a little bit harder for our pleasure, especially if it’s related to the pursuit of motoring nirvana. This means we don’t necessarily want a car that will blitz us from A to B and rip up huge chunks of tarmac in the process even as we half-doze at helm, well unless that’s exactly what you’re looking for. 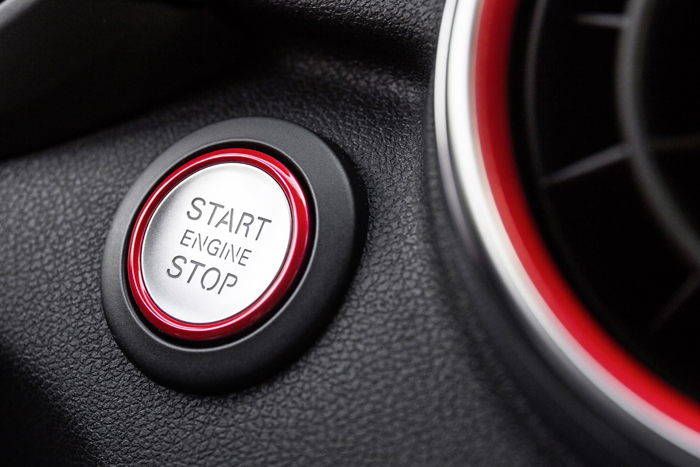 The new breed of automated sportscars are happy to tout themselves as bringing performance to the masses (well, the masses who can afford them at least!), but what’s the fun in something that’s effortless? It’s working to unlock a car’s dynamic personality that really gets our juices flowing, not just alternating between soullessly stomping on gas and brake pedals from traffic light to traffic light. Outright speed is often mistaken for having fun in a car, which couldn’t be further from the truth – in fact we think that the folks who use speed as the only gauge don’t really understand the fun to be had in working through a car’s flaws and foibles, since these are the very qualities that endow a car with an actual personality. 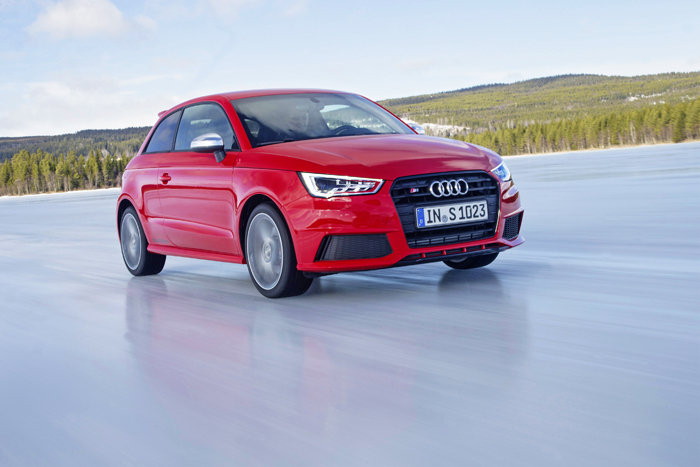 Unfortunately, the S1 quattro isn’t slated to come to Singapore, since estimated pricing places this compact hot-hatch in the region of the larger S3 sedan. The S1 is Polo-class (it’s available in our test-car’s three-door, as well as five-door Sportback guises) but punches far above its weight. It’s exactly because the S1 is not your average hot-hatch that’s gotten us so hot under the collar. It’s an incongruous pint-sized bruiser that shows what happens when a big manufacturer follows its heart rather than just its brain… or even worse, the instruction of its legion of party-pooping bean counters. 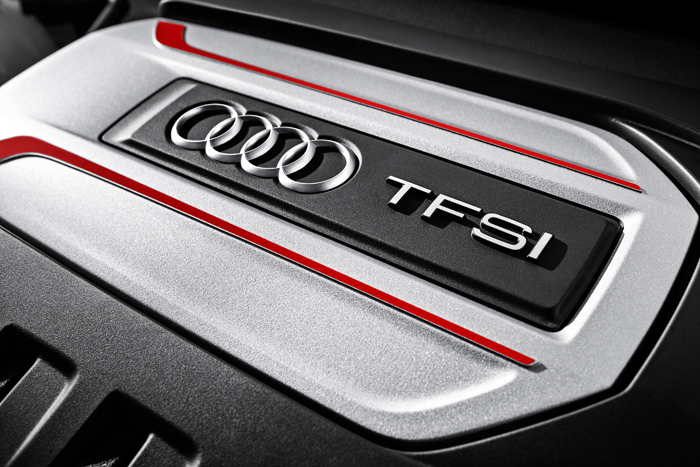 A turbo’d 2.0-litre lump mated to a six-speed stick-shift in a car of flyweight proportions (and approximately 1.3-tonnes) help us motoring luddites get back to the basics of driving. By ‘basic’, we don’t mean no-frills either, since the S1 is still very much an Audi at heart with all the associated premium trappings, but it’s a cheerful, cheeky bag of fun that serves up old-fashioned driving goodness. 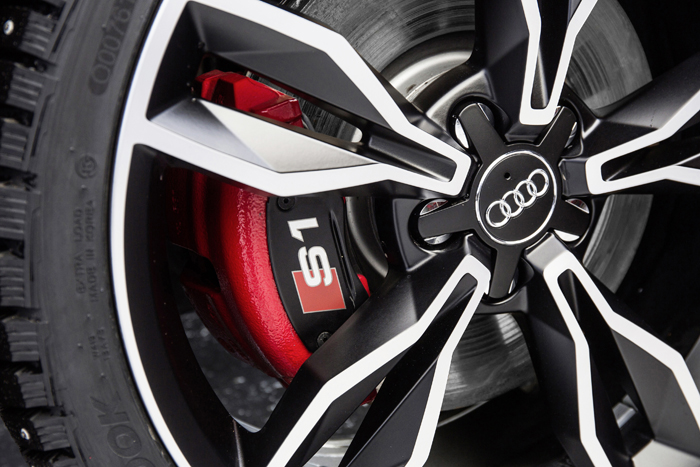 As we approach the perky cherub, we’re almost fooled by how nondescript everything looks. The S1 gets the 17-inch footwear and just a small smattering of ‘S1’ emblems around the car and if those aren’t convincing enough, the quad-tailpipes protruding out the back should settle any arguments once and for all. 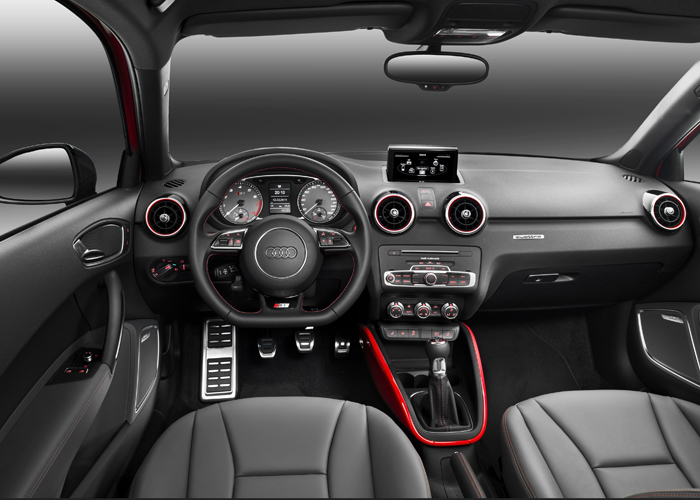 This is the S tronic version of the S1... photo of our test-car's cabin is just below

Inside, it’s business-as-usual with the premium accoutrements fans of the brand are accustomed to. The use of colours is tastefully subdued and largely black, but the sporty bits leave no question as to the car’s performance potential. 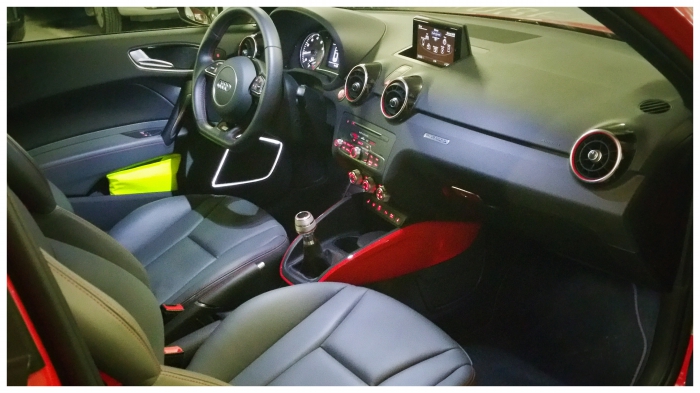 The chunky sports steering wheel, pedals, R8 gear-shifter (pictured above) and body-hugging sports-seats (and body-coloured shells) play their part not just in telling the world the S1 is something special, but also encourage avid drivers to really work the car hard. 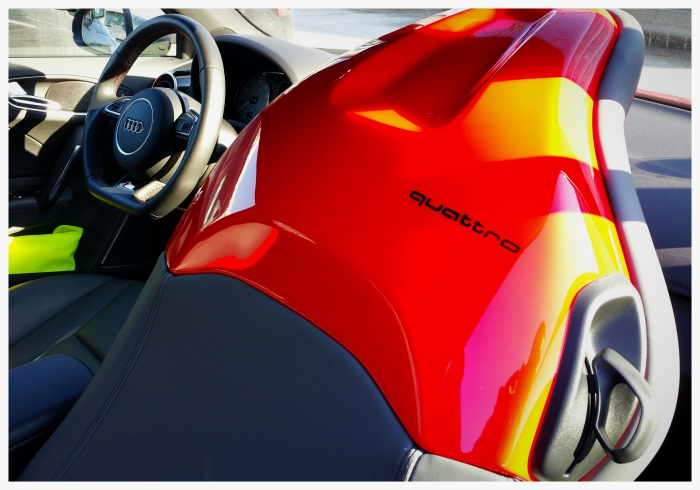 On the move, we’re impressed by how composed the ride is, even over the poorly-paved bits and especially on suspension that is tuned for performance. The level of body control almost seems to be that of a much larger car, while the slick-shifting transmission makes light work of the commute out of the city. The steering is light, but transmits your commands at the helm deftly to the wheels so manoeuvring the compact package around the city’s tight confines is a doodle. 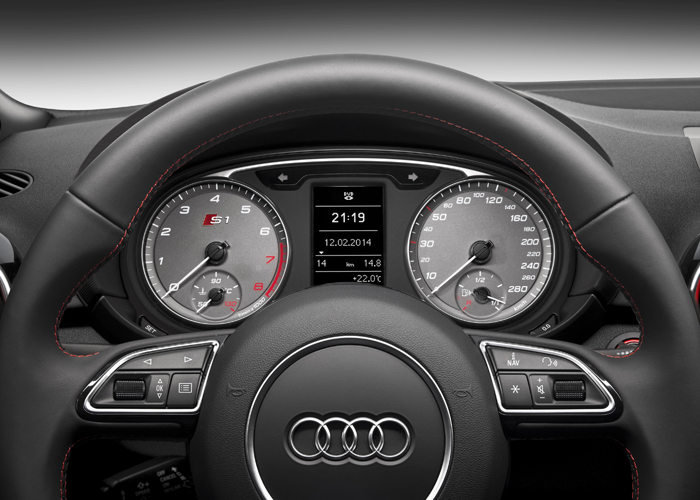 On the open road, there’s a delightful thrill to driving something that feels so old-school, especially as you continually stir the six-speed honey-pot to eke out the most from the engine by constantly keeping the turbo on the boil. It may not be the fastest car on the road but it scores points by virtue of the big smiles it puts on our faces. The sounds it makes with ‘Audi drive select’ in Dynamic are also cheerily obnoxious, a lot like the small kid at the back letting rip the deepest largest belch you’ve ever heard. As the roads narrow and start to scrunch up into squiggly shapes, we discover the more frenetic aspects of the S1’s personality. These days, most hot-hatches (and we use this term loosely) have matured (and grown in size) to the extent that they are more mini grand tourers that extol the virtues of staying planted and steadily sure-footed as opposed to attacking corners by cheekily lifting an inner wheel – it was just that sort of shenanigan that endeared the 80/90s hot-hatches to an entire generation of petrolheads, where engaging dynamics rather than outright power was the order of the day… and fun could be had at virtually any speed simply because these little cars could. Well, we did try to keep this feature short and sweet like the car itself, but the S1’s virtues just lend themselves well in creating a lasting impression that is far larger than life. Just how afraid of the new 600hp Audi RS6 Avant are you?

Oh sure, it's a more mature car than before. But also... it's angry Want an RS3 that’s twice as mumsy? The RSQ3 twins have you covered