Sounds like Audi is working on a RS Q8 SUV 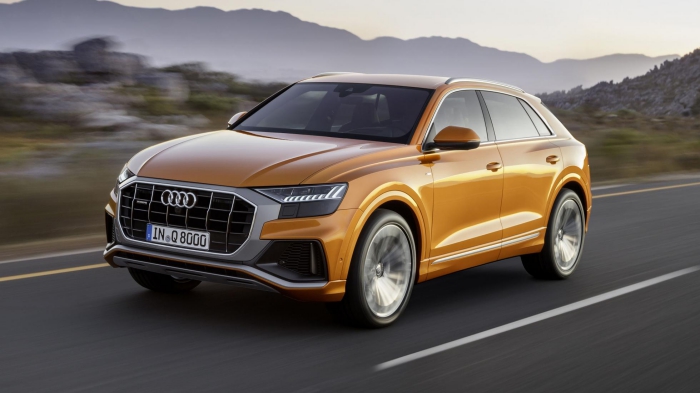 2019 could see the launch of a'particularly sporty’ version of the Audi’s massive, range-topping SUV

Which very much sounds like we’re getting an SQ8, and an RS Q8. A few months back Audi revealed the current fastest Q8 you can buy, which is the 55 TFSI. That nomenclature obviously makes no sense to sentient human beings, but what does make sense is its powertrain. 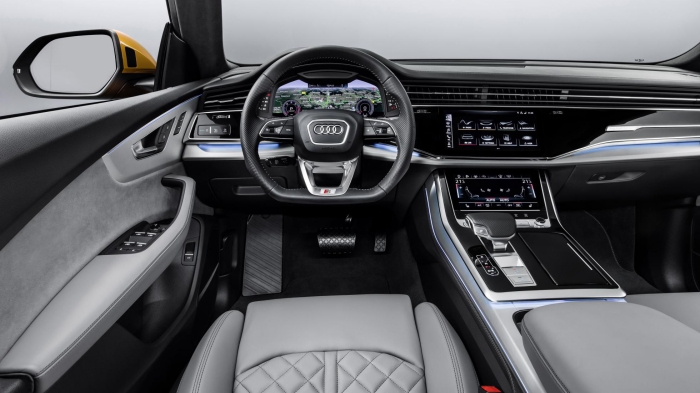 Underneath the 55 TFSI Q8’s massive body lurks a 3.0-litre V6 petrol pumping out 336bhp, and 500Nm of torque. There’s four-wheel-drive and a 48V hybrid electric system to enable 0-100km/h in just 5.9s. Consider how heavy and massive the Q8 is, and you’ll agree that speed is some feat.

Considering Audi’s current form of treating its S models to diesel power -; the SQ5, S6 and S7 are now all fitted with a 3.0-litre turbo V6 diesel with 350bhp -; the SQ8 would follow the SQ7’s path and slot in that diesel V8. Makes sense. 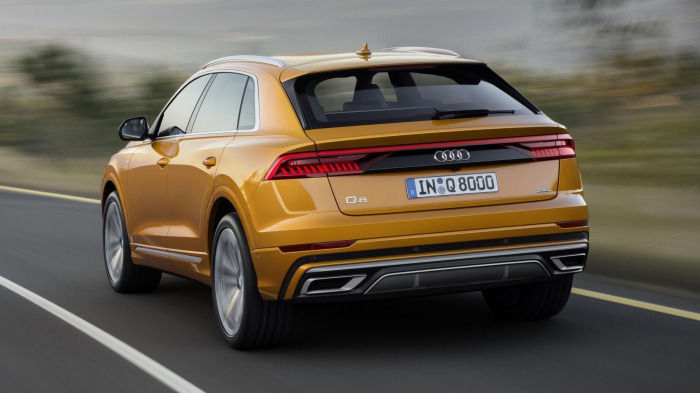 But an RS Q8? Once you’ve gotten over the fear factor of a two-tonne, super-hot SUV, we suspect Audi won’t hesitate in slotting in the VW Group’s 4.0-litre twin-turbo petrol V8, as seen doing bonkers service in the Bentayga and the Lamborghini Urus. In the former, it makes 550bhp, the latter 641bhp. We suspect the RS Q8 will hover closer to the former…

It’ll also get all the clever tech lavished on that group platform too, so point-and-squirt-ability probably won’t be an issue. Explaining the thing to your neighbours might be.