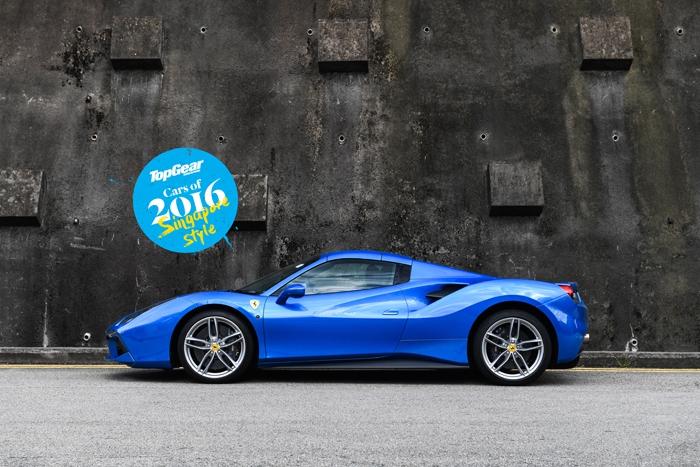 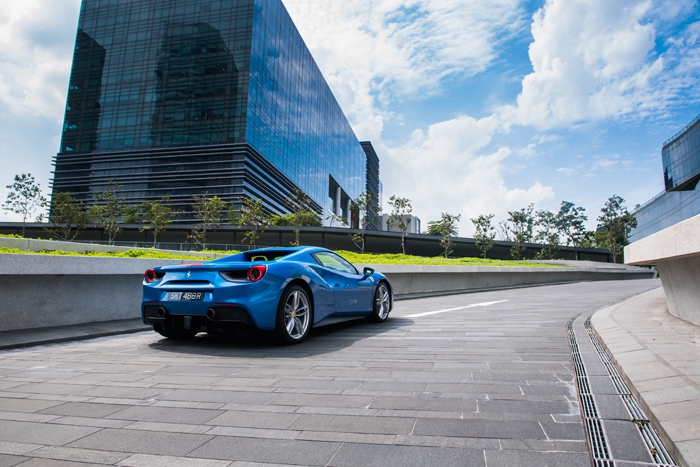 Singapore - It’s hard to top Ferrari when it comes to creating exotics. People may yabber on about how the company has sold out with its listing on the NYSE, the introduction of turbocharged engines and the controversial ‘special editions’ of more recent times, but we think the 488 is a fabulous return to form, with achingly beautiful proportions in both GTB and Spider guises.

The Blu Corsa of the test-car is especially striking, and serves to accentuate its divine proportions with roof both up and down, especially the flying buttresses of the Spider.

In case you were wondering, Ferrari has employed retractable hardtop roofs since the time of the 458, because the brand believes it offers lighter weight and affords better cabin comfort at high speeds compared to the soft-tops employed on the mid-engined V8 models up to the F430. 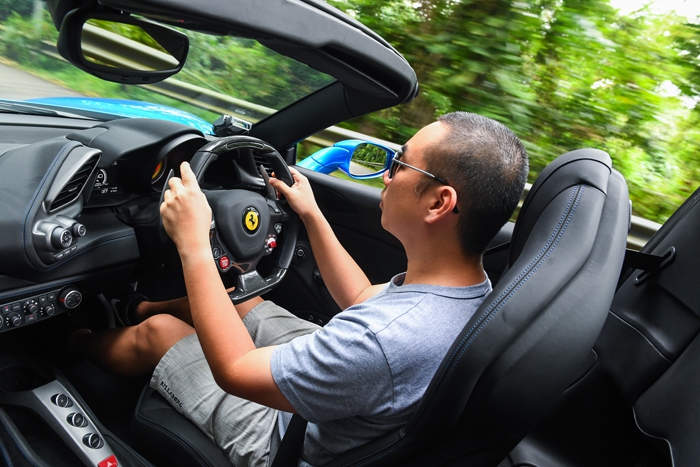 Tesla fanboy brigade aside, there’s a lot more to exotics and sportscars in general than the outright acceleration of any ‘Ludicrous’ mode. If you’re the sort to regard a car as mere A-to-B transport or worse, an appliance, sure, there’s some novelty to the Tesla and its ‘ludicrous’ pace.

Laugh if you must, but traditional motorheads still count the shape, smell and the sound, in addition to the outright speed, as some of the qualifying factors of a sportscar, much less a thoroughbred exotic. 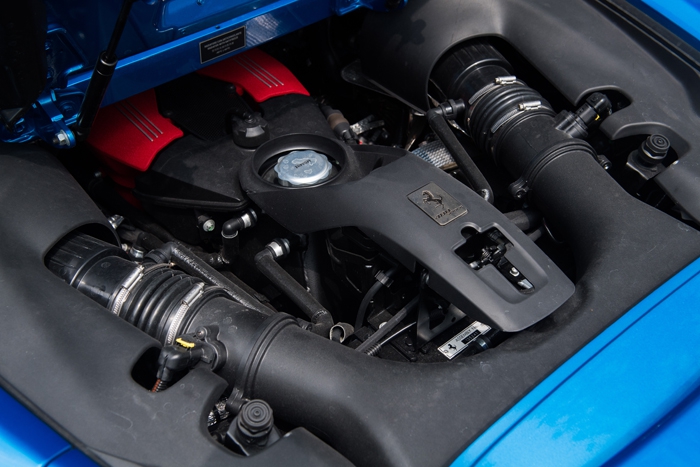 A big criticism levelled at turbocharged cars tends to target their sound, or lack thereof, and an evocative sound is something very pertinent to a convertible, particularly if you’re driving with the roof down.

At that point, entertaining the car’s occupants is as important as regaling the other motorists around the car, and to this end, the Spider’s exhaust repertoire has been tuned to deliver the requisite cinematic soundtrack. 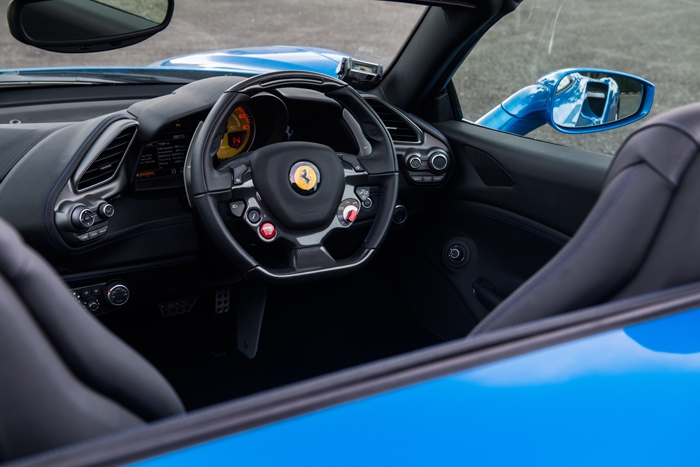 Ferrari has tuned the turbocharged engine for power delivery characteristics convincingly similar to a high-revving naturally-aspirated engine, which fans of the 458 and earlier are more accustomed to.

However, forced-induction means the turbo’d V8 delivers an even stronger mid-range wallop under hard acceleration, even as the occupants luxuriate in the rising wall of sound that swells around them.

There’s ample opportunity to experience the V8’s aural rapture even with the roof up, because the rear ‘windscreen’ glass can be lowered independently of the hardtop. 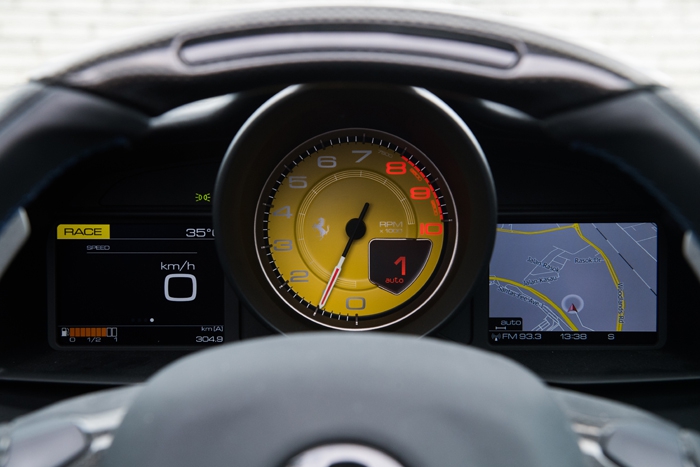 Unlike the supercars of yesteryear, the modern exotic is agile and remarkably easy to pilot, and you enjoy all the mod-cons you will ever need for both fast-road and touring purposes.

Not only does the 488 Spider excel in the ebb and flow of cut-thrust city traffic (a brief squirt is all it takes to fill in that blank in traffic), it will also sink its fangs into any curvy set of roads you see fit to lay before it.

Don’t be fooled by the lifestyle cachet of a drop-top car like the Spider, because you’d be amazed at how much easier it is to drive fast when you have a great view of the surroundings. 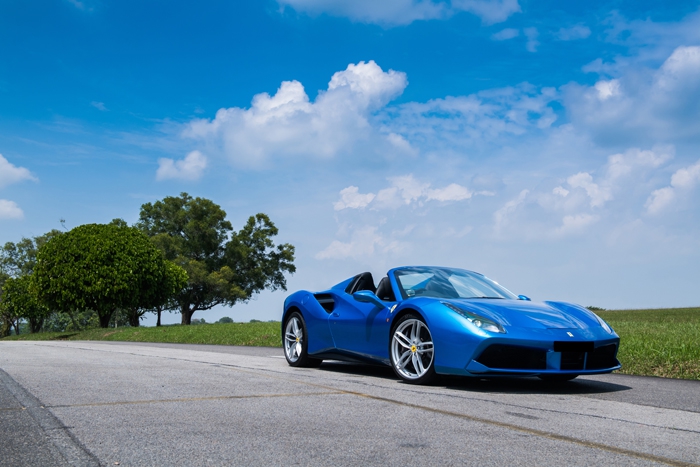 Like its GTB stablemate, the Spider’s controls are as suited for use on the daily grind as they are for hard driving. The steering is well-weighted and reacts telepathically to helm inputs and direction changes – in fact you’ll spend some time during your first outing in the car getting accustomed to how razor-sharp it is.

The carbon-ceramic brakes are confidence-inspiring, and as far as road-use is concerned you’re unlikely to come close to their limits; even when pressing hard (in the car, not the brakes), there’s good feel for easy modulation and they will haul the car down from speed as violently as the car accelerates. 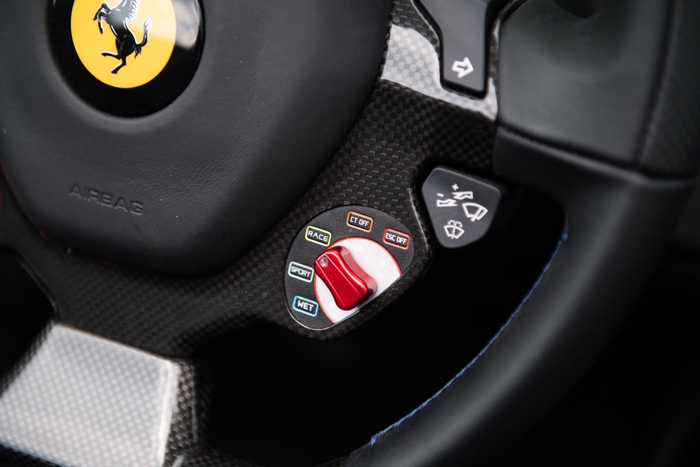 Put your right foot down and warp speed arrives shockingly, violently even, as the Spider zaps itself up the road like a shock of electricity through a cable.

Things act and react a lot quicker in the Spider than in many other cars, and you’ll need to recalibrate the senses to respond in kind.

Even if it will happily drive you around, the car is in fact looking for a firm hand to tame and properly drive it instead. And hard too. 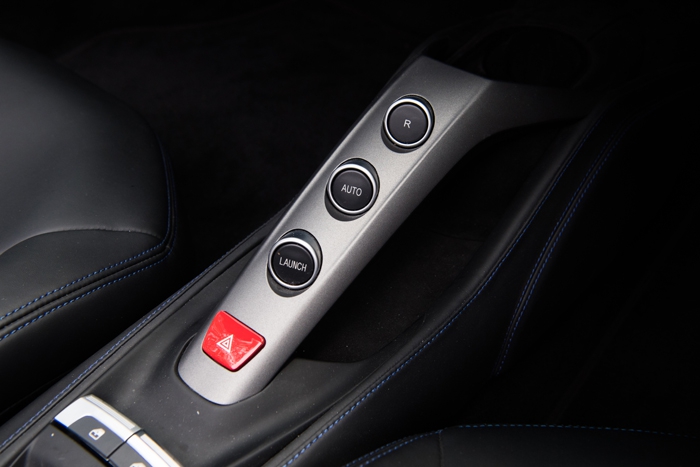 The 488 Spider comes with an evolution of the SSC (Side Slip Angle Control) system that made its debut in the 458 Speciale, so cornering grip and slip are perfectly controlled by the electronics to deliver high-g thrills.

However, you can have your cake and eat it too, because the system also allows the committed driver to maintain heroic drift angles for occasional showboating.

‘Practical’ supercars have become a reality for most of the brands in the segment, especially if they intend to stay relevant in today’s market, so there’s no reason why a car like the 488 Spider can’t be an only-car in the household.

However, don’t mistake this daily tractability for weakness, because when roused to fury, it will trade blows with the tarmac all ways to Sunday. 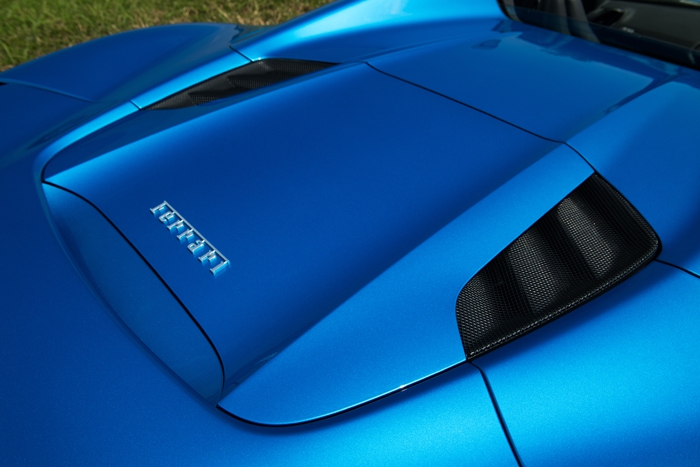 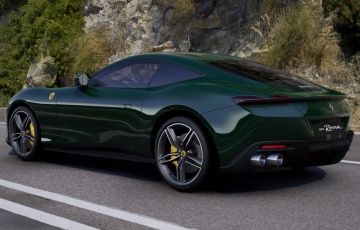 Waste a whole day on the Ferrari Roma configurator 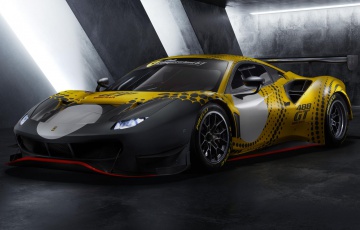 The Ferrari 488 GT Modificata is a GT3 car unleashed