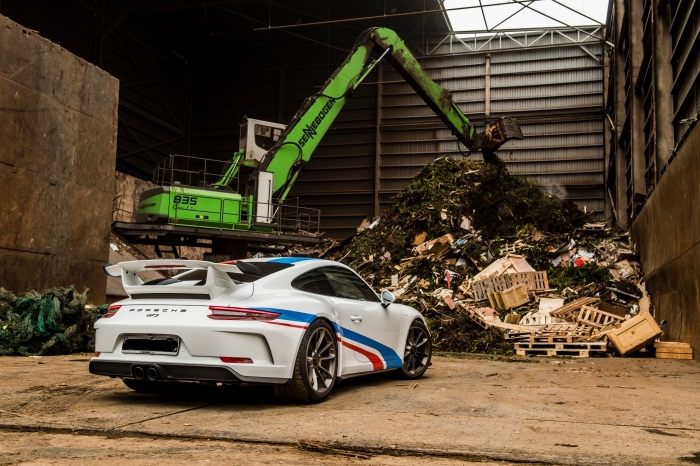 Singapore - They say, “Music soothes even the savage beast”, but what if it is the “savage beast” making the music? Porsche’s GT models are a special breed of sportscars, with the nat-asp ones like the GT3 and GT3 RS even more so. As the world goes gaga over turbos and electrification, a time will eventually come when high-revving nat-asp sportscars are no more, but you’re bonkers if you think this dinosaur is going to roll-over and play dead before that time is even here.

You can bet your bottom dollar we’re going to continue to enjoy the heady fumes of high-octane fuel, the real engine/exhaust soundtrack of a highly-tuned non-turbo’d ICE and the mental and physical workout that comes from rough and tumbling with a real thoroughbred… until that is, we can’t any more. Porsche has been successful in creating two distinct personalities for its ever-growing range of cars. The Porsche Motorsport GT creations are sacrosanct, and continue to offer driving enthusiasts the visceral thrills they crave.

On the other end of the spectrum are the ‘practical’ models targeted at folks new to Porsche, as well as owners who have to keep ‘only-Porsche’ garages, so it has served the brand well to have built up a strong roster of ‘practical’ vehicles like the Macan, Cayenne and Panamera, in addition to the 718 and 911 sportscars. Our lensman in protective gear for the shoot in the yard

Turbochargers are like a bank’s easy credit facility, because they provide a quick hit shortcut to effortless, easy power (like a cash advance from the bank!) with the upside of lower emissions, especially since it’s become increasingly difficult and expensive to eke out similar figures from a nat-asp engine (actually working for it!).

If you lived through the era of belchy, big-lag, big boost turbos just twenty-odd to thirty years ago, you could never have imagined that turbocharging would return to “save the world”.

Back then, turbos were the performance exception rather than the norm, but these days, they’re found in everything from 63bhp kei-cars to the 700bhp GT2 RS, and everything else in-between. We still recall the intense rivalry (as well as driving the fruits of their labour!) between Honda and BMW in the mid-1990s, as they competed to develop nat-asp engines capable of breaching the magical 100bhp/litre mark in this ‘affordable’ price point – don’t forget that in this same era, the other cars to breach this specific output for non-turbo engines were exotics like the Ferrari F355 and the McLaren F1.

Although BMW managed to wring 321bhp from its top-tier E36 M3’s 3.2-litre, it was rev-happy Honda that was far more prolific in the cheap and cheerful sportscar segment, with its cult Type R Civic and Integra derivatives, as well as even the ‘regular’ Civic SiR – the germans may have thrived on big engines, but Honda thrived on big revs. Today, highly-tuned rev-happy nat-asp engines are found only in the rarefied segment of high-performance cars, and it is in this realm that the last bastions of nat-asp goodness in the Porsche model line-up (such as the GT3 and GT3 RS) operate. 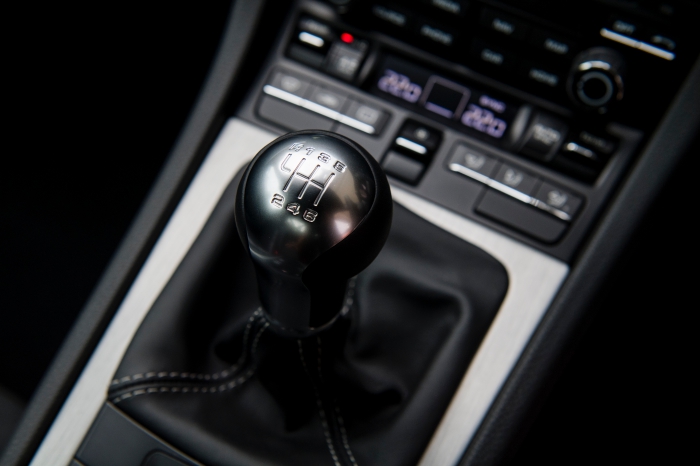 This is on the back of some controversy from the 991.1 GT3 and GT3 RS, which were offered as PDK-only. As far as the ‘RS’ is concerned, its raison d'être is to chase lap times, and it’s hard to beat the lightning-quick shifts of Porsche’s excellent PDK gearbox, so that was better accepted.

Besides, Porsche unveiled a limited edition 911 R as a last hurrah during the 991.1, with an emphasis on ‘fun to drive’, which we now see was probably to test the market demand for such a powertrain configuration; it featured a 6spd manual mated to the 4.0 from the RS in a sub-1.4-tonne wingless wide-body.

Unfortunately, the 991 units were quickly spoken for, and left many enthusiasts looking for just such a combination high and dry... and later furious when many of these limited editions started appearing at huge premiums on the secondary market.

CLICK HERE FOR OUR DRIVE OF THE PORSCHE 911 R

For the GT3, its focus wasn’t solely track driving (although it will gladly spend all day and Sunday on the circuit), because traditionally, owners used it for fast road fun as well, and that was where a lot of the ire against the PDK-only 991.1 GT3 had come from.

Then again, humans always like to feel they have a choice in any matter, and not have decisions made for them. From the final tally of the 991.2 GT3 orders in Singapore, only a little over 15 per cent are manual, which goes to show an overwhelming majority still decided to go with PDK. Porsche went one further with the 991.2 911 GT3, and offered the option of a holistic Touring Package for buyers of the 6spd manual. Basically, it offered a wing-delete, with a nondescript gurney flap on the trailing edge of the standard pop-up spoiler. It also meant the TP wouldn’t get the ram-air snorkels (pictured above) of the full-fat big-wing version, and the Clubsport package wouldn’t be available as an option on the TP either. 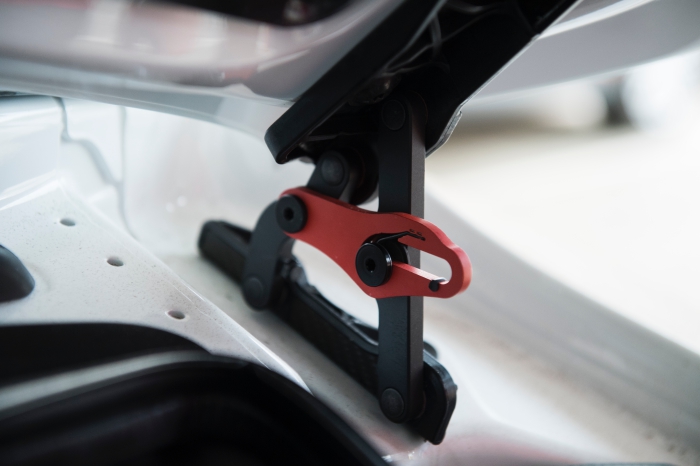 However, the TP is targeted at a very special niche of collector/driver, who might have more intense, track-focused machines at home, so don’t need the validation of a big wing and oversized nostrils to enjoy his/her drive on the b-roads.

As far as we’re concerned, when you’re enjoying the thrill of a winding mountain road on a cool weekend morning, manually shifting up and down the transmission is never a chore, especially when you’re luxuriating in the crossfit workout of orchestrating a delicate balance between steering, shifting and braking. 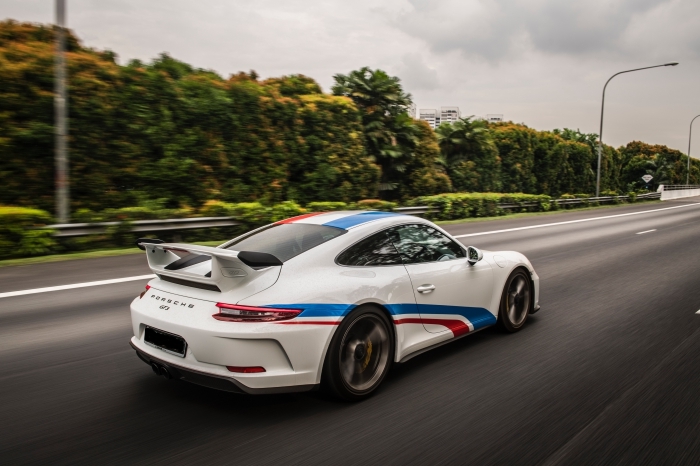 Sure, the PDK is indubitably faster, but we find the 6spd manual eminently more fun, mainly because it puts you in a different frame of mind from the PDK and forces you to interact with the machine, and this isn’t something so easy to find in a car these days. 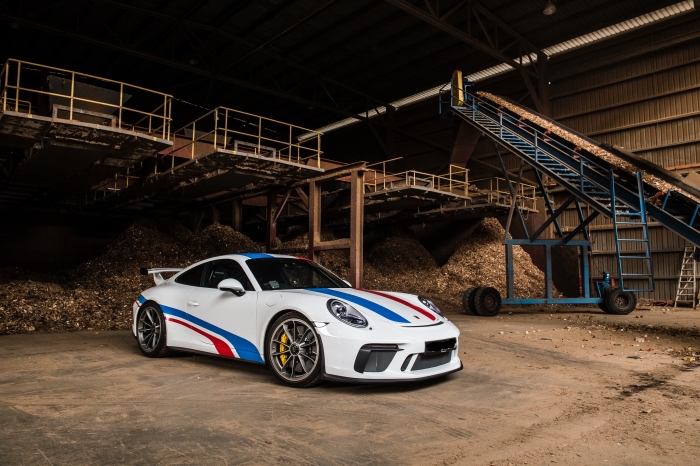 Across the different generations, the nat-asp GT (and RS) models are always a treat to drive, and the .2 GT3 is no exception, and in both stick and PDK to boot – the two transmissions are different, yet so perfect in their respective ways. We thought the engine in the 991.1 GT3 was peachy enough, but the new .2 GT3’s engine practically pulls you into tomorrow, especially in the final push to 9000rpm – there is some irony in that considering there isn’t likely to be a future for such an engine in time to come, at least based on the current eco-focused timeline. In the PDK, your mind is even more focused on the drive, because you can’t afford to sell yourself short in the face of such lightning-quick shifts that are always perfect and ruthless in their efficiency.

There’s perfect synergy between the PDK and swirling intensity of the 4.0, which results in emotionally-charged ‘exclamation marks’ as you hammer up and down through the gears.

With the engine kept on boil between 7k to 9k rpm, you’re constantly wired-up on a mechanical high as you dance with the GT3 through roads familiar and not, because this is a car you’re happy to learn new roads with, and for which you’ll gladly take the longest route, wherever you’re going. 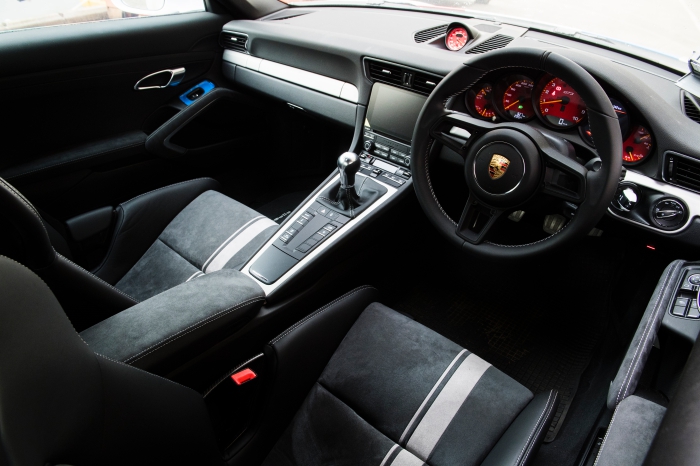 The manual requires some introspection, especially if you’re driving it back to back with the PDK. At first, you’re happy to try to keep pace with the frenetic pace of the manic, rev-happy engine; even if you fumble a shift, the sheer satisfaction in keeping the revs up and catching the wave to a spine-tingling 9000rpm makes everything worthwhile. 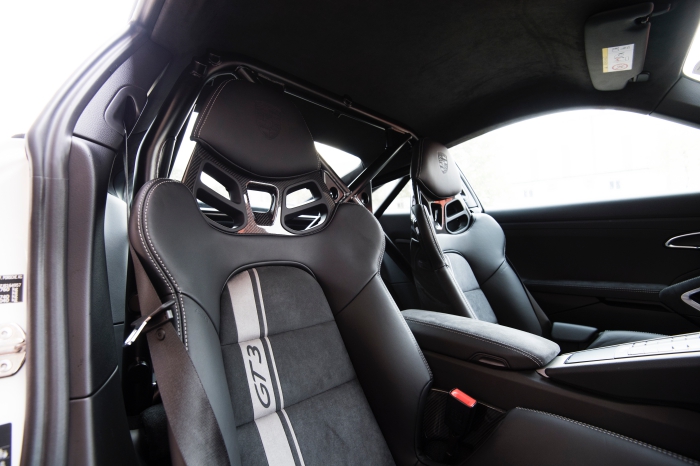 And then you slow it down a notch, because hey, isn’t that the point of the manual in the first place? You start looking further ahead to analyse the lay of the land and deliberate over holding a gear, or downshifting, because the slower pace with the manual gearbox makes you think more about the art of driving.

You begin to focus on the mechanical labour of love involved in effecting quick, smooth shifts without unsettling the car, because the clutch pedal and stick-shift are two external variables outside the control of the car.

Well, technically the car will now rev-match for you, a feature of manual GT models like the Cayman GT4, 911 R and the 991.2 GT3, but stirring the 6spd honey pot and engaging the clutch are still in the driver’s hands (and feet).

CLICK HERE FOR OUR DRIVE OF THE PORSCHE 911 R Without cars like the GT3, life as a petrolhead would be boring indeed. Unfortunately, it’s a pity that such heady performance machines are on their way out, as are the people who can appreciate these very cars…

A majority of the younger generation of enthusiasts is unlikely to know or care about anything non-turbocharged or electrified in some way, simply because such intense nat-asp cars will only be the province of the very rich, or the very lucky. 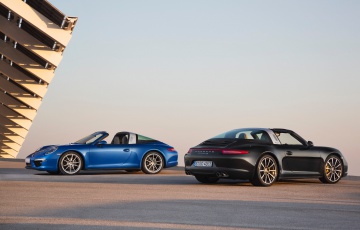 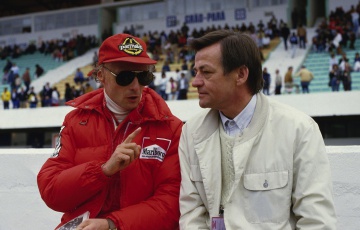 Porsche’s engine guru has passed away, but left one hell of a legacy