The amazing cars of '86 Day' in Tokyo 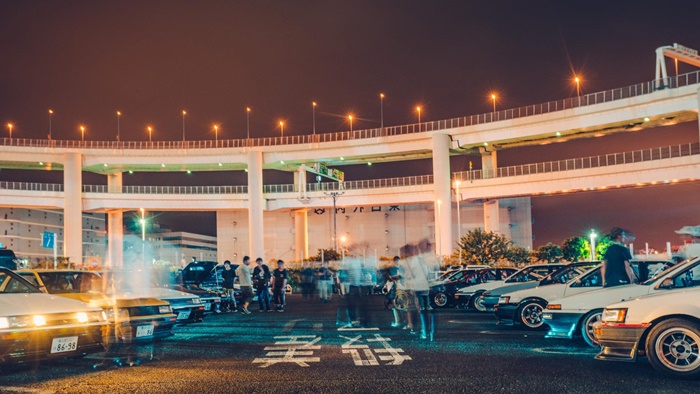 It’s the eighth month and the sixth day of 2018, and the Daikoko Futo rest-slash parking area is proving elusive. Yeah, we’re lost again, having got confused navigating Tokyo’s raised expressway, but eventually we spot the correct downward spiral exit into Tokyo Bay and onto the islet southwest of Kawasaki City and before Yokohama further to the south. 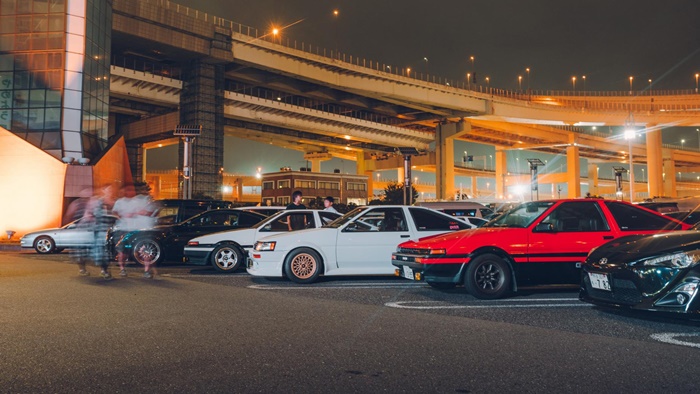 We’re expecting a couple of Toyota AE86s to paw, having been informed that the sixth of the eighth is in fact, known as ’86 Day’, and there’s a small meet at our favourite Tokyo parking spot-come-car show. But what greets us as we pull in is… spectacular. 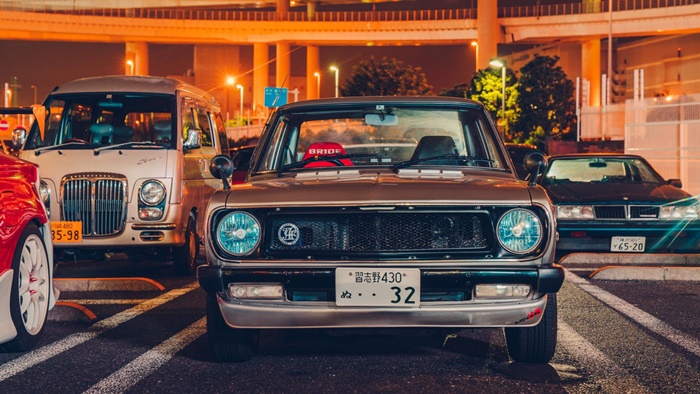 Seeing any flavour of AE86 or the various derivatives is already quite a treat. Seeing what must be 200-plus - and another couple of hundred modern GT86s of every stripe - leaves my gob well and truly smacked. 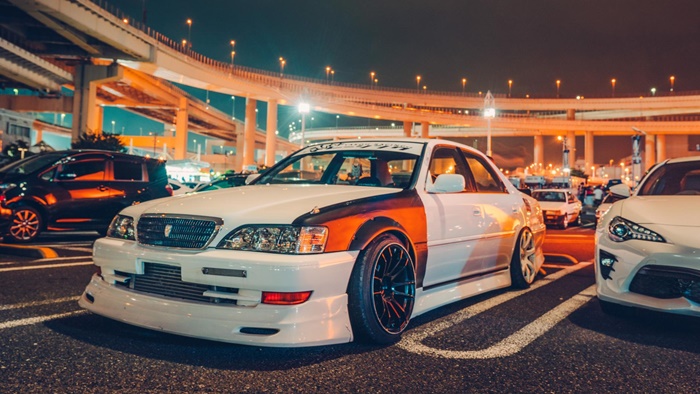 If you’re a Japanese classic wheel fan, you’ll have fits. If you think a single Bride driver’s bucket seat is law, you won’t have far to look. There are ratty drift cars with zip-tied bumpers front-and-rear (quick release for less damage when you brush apexes), black and whites, Time Attack-styled versions with more wings and canards than seem plausible. 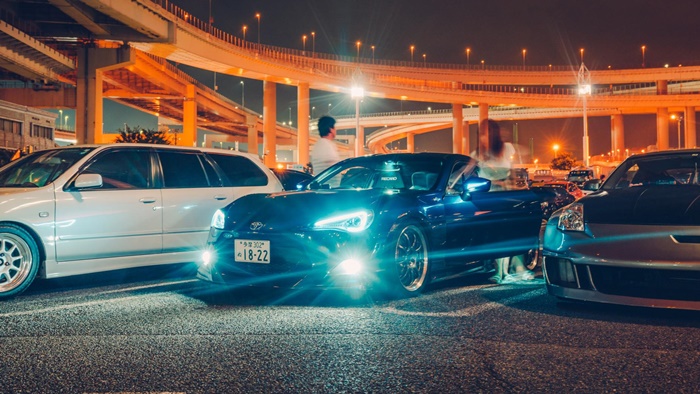 The place is packed. And there are 86s, Truenos, Levins and GT86s in pretty much every spot. You literally don’t know where to look first. If simple, naturally-aspirated rear-wheel drive JDM is your thing, this is heaven. 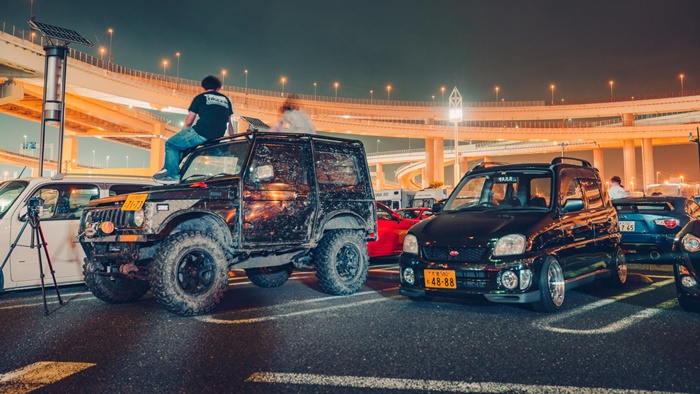 The people are friendly, the snacks abundant at the Lawson convenience store in the corner of the lot, the smell of super unleaded heavy. If you ever find yourself in Tokyo on the sixth of August, may I suggest you head down to Daikoku. It’ll blow your mind. 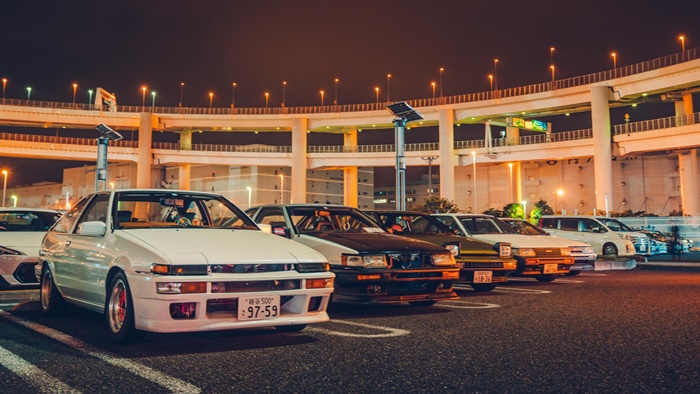 If you’re unfamiliar with the older 86, or ‘Hachi-Roku’, then here’s a little potted history. It’s a wee bit complicated, because the AE86 was marketed both as the Toyota Corolla Levin and the Toyota Sprinter Trueno (and the Corolla Sport in the US), in both hatch and coupe styles, between ’83 and ’87. 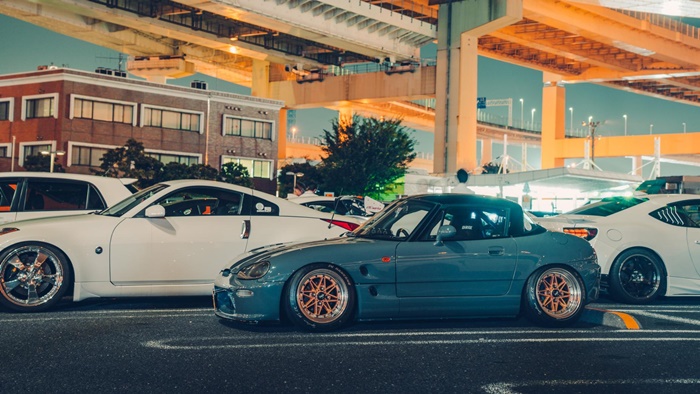 It’s refreshing, this. There’s a relaxed vibe, plenty of other interesting cars if you get AE86-overload, including a slammed Cappucino (Click HERE to read about the one we drove in Singapore), various Evos and NSXs, Crowns and Skylines. There’s even a chop-shop Honda Beat that’s so low it punches out showers of sparks just driving around the carpark. 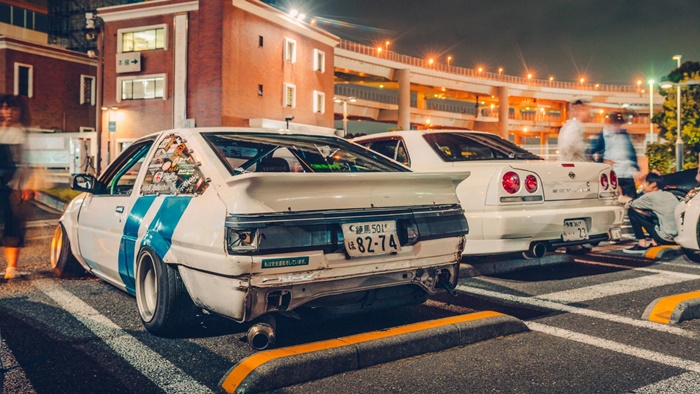 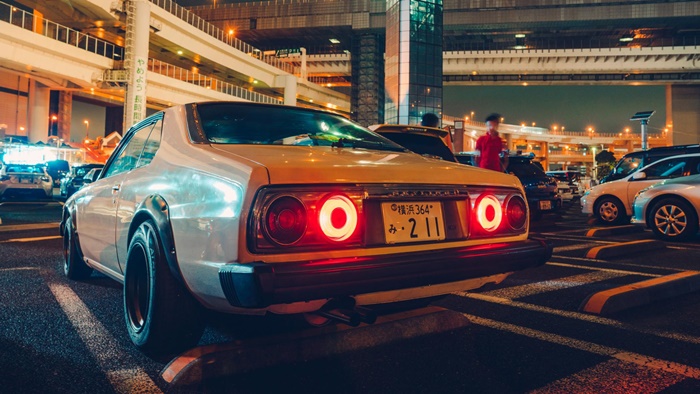 Some of that accessibility has transferred to the new GT86 (though not so much to the sister-bred Subaru BRZ, interestingly), and there are a couple of hundred of them, too - again, in every style and interpretation available. 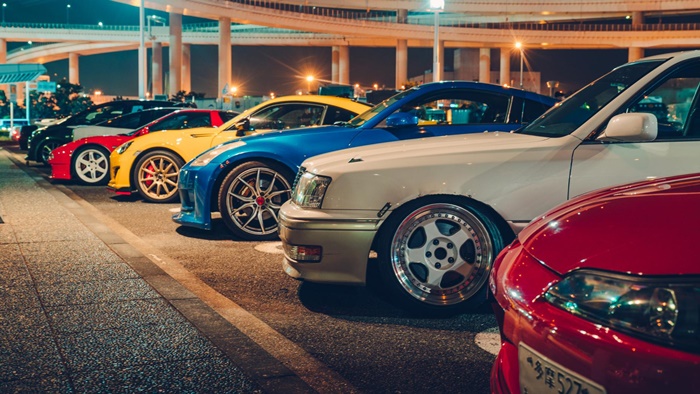 Cheap, reliable and effective, the AE86 gained a rep for being good at everything: Group N rallying, Group A, Showroom Stock and, obviously, at the very beginning of the drift scene, in which it became - it’s fair to say - a cult icon. Thanks partly to being a feature car in the Anime drift-a-thon that is Initial D, and later in many computer games like Gran Turismo and Need for Speed.

The recipe is pretty simple for both (although the Levin has fixed headlights and the Trueno pop-ups), featuring what every petrolhead wants to hear: a 1.6-litre 4A-GE naturally-aspirated, fuel-injected four-pot (the same as the original MR2), lightweight (just over a tonne, in most cases), rear-wheel drive with optional limited-slip diff and 5spd manual. There’s even a JDM (Japanese Domestic Market) two-door version that weighed in at just 910kg – a proper featherweight. The appeal is that these aren’t hugely powerful cars, producing 110-128bhp and just 130-ish Nm of torque in the various trims, but that they are balanced, with 50:50 weight distribution, invigorating and really rather brilliant to drive. And you can play with them. Quite a lot. I think most of the played-with ones are here at Daikoku. Eyes on stalks stuff, with engines displayed, throttle-bodies proud, stances uniformly, concrete-scrapingly low. There are homages to Initial D, restos, wide-body cars. With decades worth of experience in fuel-sipping hybrid tech, the Toyota RAV4 Hybrid sips on fuel, better than how you would stretch a cuppa at a coffee joint.

Find out how the Harrier’s chunkier sibling fares. Borneo Motors has announced its support of the revitalisation works of the Road Safety Community Park, as part of Toyota’s Start Your Impossible initiative