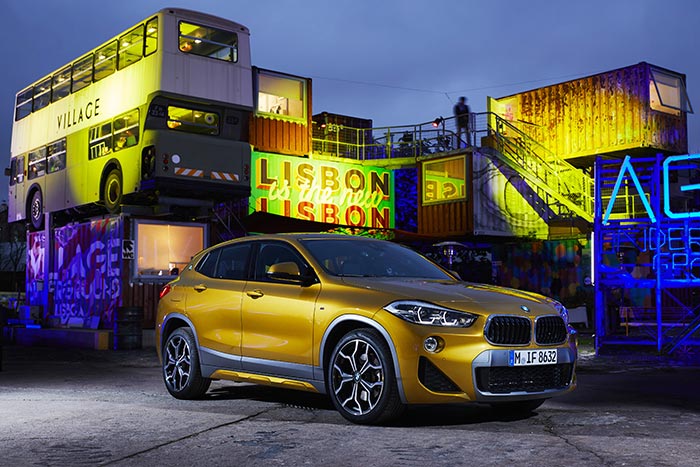 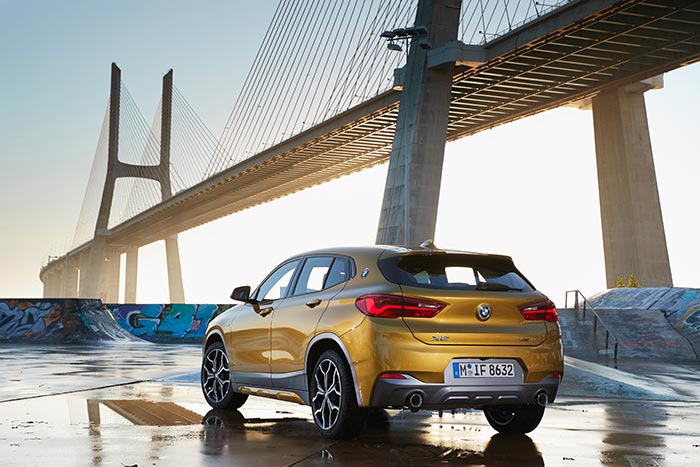 Lisbon, Portugal - Here we go again with yet another crossover. I don’t know about you but I’m sick to death of them, maybe because I’m not a school mum or footballer’s girlfriend, but also because I miss actual cars.

I don’t want height, I want a low centre of gravity. I want suspension that doesn’t make the wobbly parts of my body wobble. A crossover is a car in high-heel shoes, which is s daft idea to anyone but, well, a school mum or footballer’s girlfriend. 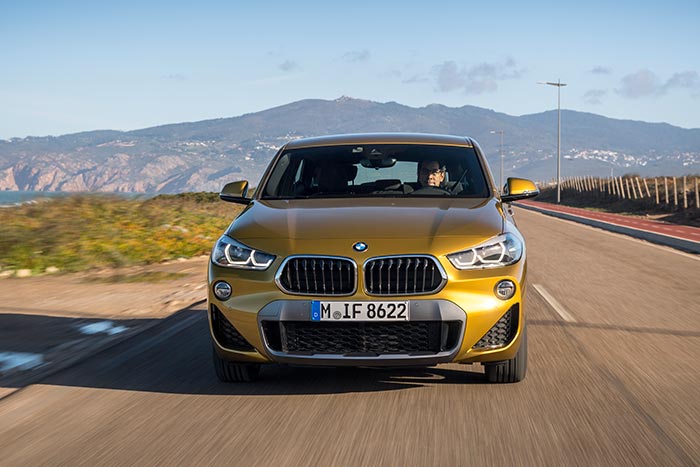 Yet, here I am in the BMW X2, deep in hilly wine country on the outskirts of Lisbon, on a road that lurches left and right as if tracing the footsteps of a drunken giant trying to stagger home. I should be miserable, but I’m not just having fun. I’m having a blast. 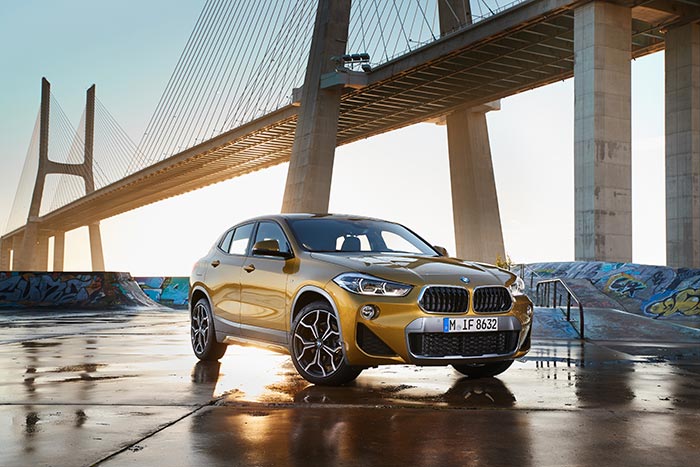 I’ll admit that I approached the X2 with some dread. It happens to be built on the bones of the X1, which happens to be one of my least favourite BMWs. It’s front drive, built on MINI underpinnings, and suffers from the squidginess and general indifference to cornering that afflicts so many crossovers. Shows how much I know, though, because it turns out the X1 was the single best selling BMW around the world last year.

In fact, the whole X car thing has been a big deal for BMW, accounting for more than one-in-three of the brand’s sales, and rising. The bean counters happily point out that since the first X5 came out in 1999, around 5.5 million X cars have made it out of BMW factories. Call it €2,000 per car in profit, and you have a modest estimate of €11 billion added to BMW’s coffers by the X family. That’s a lot of beans to count, obviously. 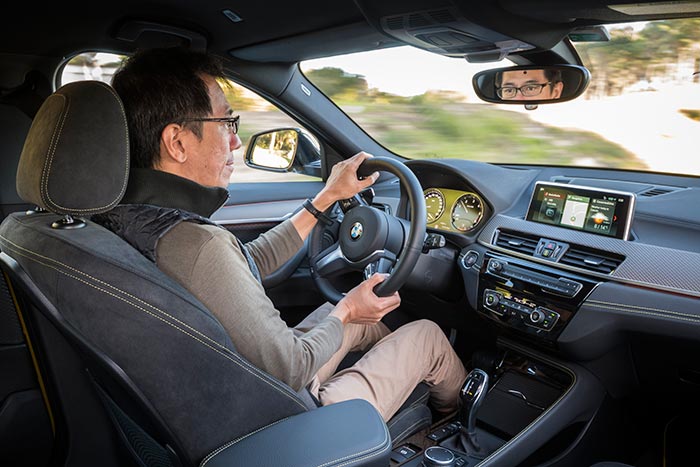 So we have the X2, which was created by taking the bones of the X1 and draping them in shapely flesh. It’s still a five-door five-seater, so family men (and school mums) needn’t cross it off their list, but it’s a damn sight better to look at than the X1. 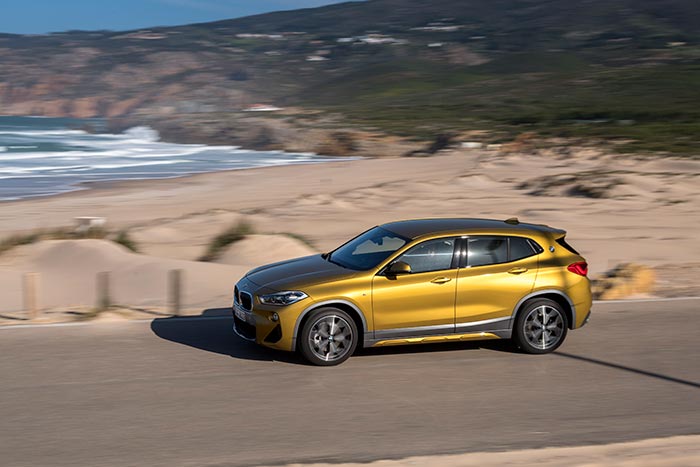 There’s the obligatory wide front end, but here it’s designed to look low and close to the ground. Look around and you’ll find places where some visual tension has been added – the wheel-arches are asymmetrical, for instance, and the double kidney grille broadens out at the bottom – while the tailgate tapers pretty smartly.

Exhaust pipes are apparently a turn-on for people, because BMW gave the X2 mighty fat ones, and took pains to point out that they’re as big as those on an X6 M. 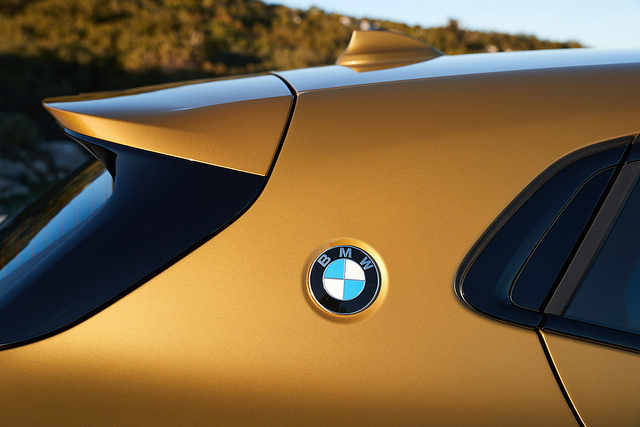 Then of course, there are the BMW badges mounted so high up on the body, on the C-pillars. They pay homage to BMW’s classic coupes from half a century ago, and the more you look at them, the more you can’t imagine the X2 without them.

As for the bits of contrasting bodywork in “Frozen Gray” that you see on our test car, those are part of a new M Sport X package. They’re nice enough, but we’ve seen the car without them and it still looks, to use a hateful word, dynamic enough.

If you ask me, the Mercedes GLA probably still has the edge on visual elegance, but if it’s aggression you want, the X2 abides. 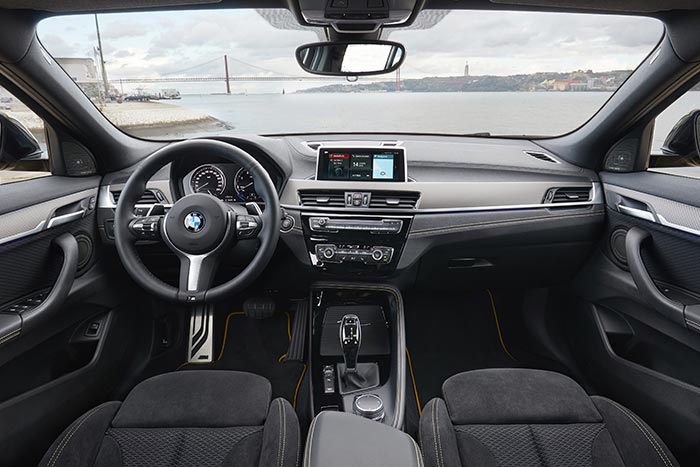 Inside? It’s more obviously X1, with the same dashboard, only the atmosphere is entirely different, thanks to the trimming. Contrast stitching and Alcantara do plenty to highlight the car’s more playful character, and the seats are covered in anthracite cloth with a hexagonal pattern. It all makes leather seem so plain and dull, so it’ll be interesting to see how our market takes to them. 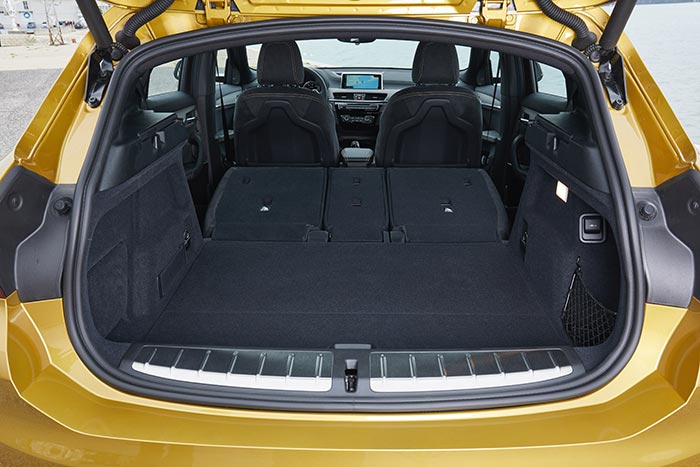 As for the rest, I’ll point out that the back seats aren’t cramped, and the windows let enough light in, so the difference between the X1 and this is nowhere as dramatic as the way an X5 feels much, much bigger inside than an X6. 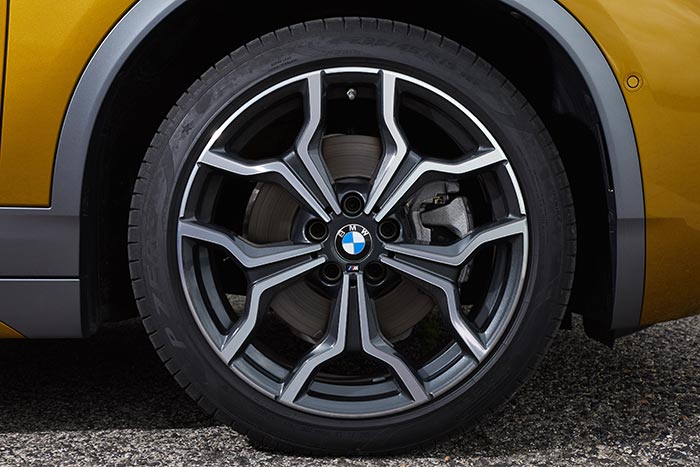 The irritating thing, of course, is that the X2 should turn out to be so good to drive. The M Sport stuff includes lower, firmer suspension, so that will have helped, but the main difference between this and the X1 seems to be all in the front end. The steering has some heft to it, and when you turn in the front tyres bite down hard. So you go in harder next time, and what do you know, the front tyres don’t give up. Getting the X2 to lose its hold on the road is like trying to tug an old t-shirt from the jaws of a playful labrador. Maybe you’ll want a bit more interactivity between yaw angle and throttle input, but armed with the X2’s fundamental sense of composure, you’ll find yourself in attack mode the moment a nice bit of road comes up. Given the X1 origins, how is this possible? I didn’t know, so I asked, and it turns out that the X2 has quite a few suspension tweaks over the softer X1. It has stiffer bushes to sharpen up its responses (and interestingly, the more compliant anti-roll bar bushes in the X1 mean the roll bar itself is stiffer in that car), the steering rack is a bit quicker, and there’s some negative camber in the front axle.

That helps put more rubber down on the road through turns, of course, which might explain why, after our jaunt in the car, the front tyres looked a little, well, tired. Totally worth it, though. What use are good tyres if you don’t lean on them? Mind you, I’ve little to say about the engine because at the car’s launch we drove an xDrive20d model. Singapore gets the sDrive20i, which ought to be nicer in many ways.

It’ll be revvier and, unlike the diesel, won’t sound like several cans of coffee beans being shaken violently. It will also drive the front wheels through a new twin-clutch seven-speeder, which is more of an unknown; we haven’t tried the tranny, and also, who knows, maybe without all-wheel drive the X2 can’t haul itself out of corners with the same alacrity of the test cars in Portugal. Doesn’t matter, though, because the car’s litheness means it’s still the best of the X car bunch to drive. Would I have one over a more traditional car, like, say, a 3 Series? Of course not. Given the choice I’d still have a conventional BMW with the rear wheels driven and the basic layout of an actual car. But based on the way it looks alone, it’ll probably sell in huge numbers in Singapore, and in spite of my feelings on the matter, being a crossover will help the X2, not hinder it. I now have at least 11 billion reasons to think so, anyway. Barely weeks after the M5’s Singapore debut comes the M5 Competition - more power, more handling, but is there any point at all to a sharper M5?