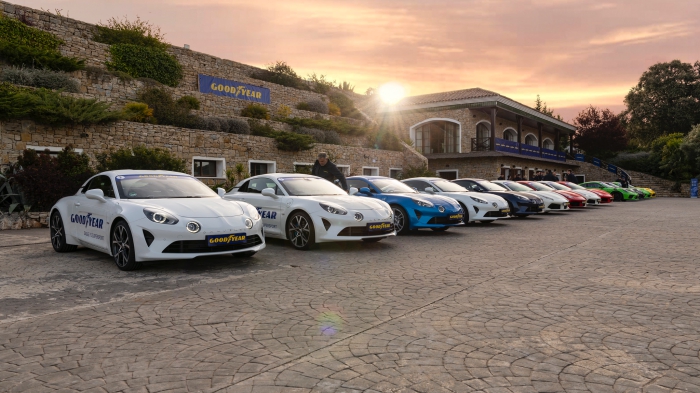 RONDA, SPAIN - Supercar owners and trackday junkies take note, if you’re looking for a new set of tyres for your super speed machines, there’s soon to be a new player in the game for you to consider. At a launch event held at the Ascari Circuit in Spain, Goodyear Tyres introduced three new offerings to the High Performance and Ultra High Performance tyre segments, under the Eagle F1 Supersport banner. 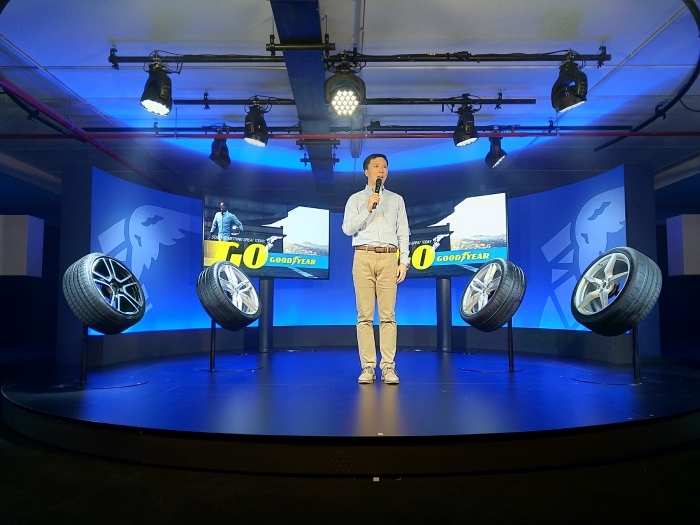 Designed for anything from fast road driving to serious track work, the Eagle F1 Supersport, Supersport R, and Supersport RS will come to Singapore around mid 2019, although no fixed launch dates nor pricing have been confirmed at time of writing. More than 30 sizes will be available, ranging from 18 to 21-inches in diameter. 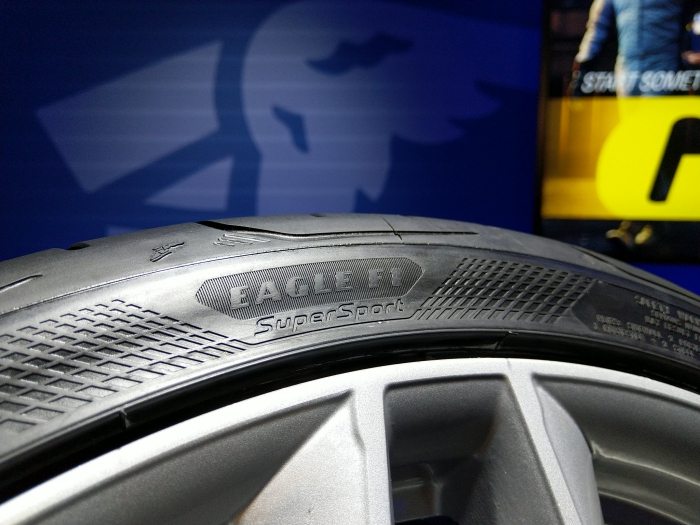 Starting at the base, the Supersport is Goodyear’s answer to high-performance road-going tyres like the Michelin Pilot Sport 4S. Targeted at customers who enjoy spirited B-road blasts, or the occasional casual trackday, Goodyear tells us this tyre is suitable for everything from hot-hatches to everyday supercars -; the Ford Focus RS, BMW M3, or Porsche 911 Turbo, for example. (Helpful door decals identified the tyres the cars were equipped with) Next up is the Supersport R, which Goodyear intends for drivers who might split their driving 50/50 between road and track. The Supersport R is suggested for more focused machinery such as the BMW M4 CS, Porsche 911 GT3, or Mercedes-AMG GT R, or for those taking part in competitive events like time attack and autocross. Its closest competitor is the Michelin Pilot Sport Cup 2.

Featuring a softer, grippier compound and more aggressive tread pattern, the Supersport R also incorporates kevlar fibres in the tyre carcass to help resist deformation of the tread under high loads, as well as mini'bridges’ within the groove to further stabilise the outer shoulder. Finally, the flagship of the range is the Supersport RS, which Goodyear says is the standard-bearer that showcases the company’s capabilities. Though its tread pattern is similar to the Supersport R’s, its grooves are much smaller, and its compound is directly related to what you’ll find in Goodyear’s motorsports products. Basically, it’s a race tyre that happens to be street legal. Unsurprisingly that means it’s designed for the pinnacle of track-focused machinery, such as Porsche’s RS models. Goodyear couldn’t confirm which - or if any - of the Supersport range would be original equipment for production cars as talks with manufacturers are still ongoing, but the fact that Porsche has already been quietly using the Supersport RS for some demonstration and customer events with the 911 GT2 RS and GT3 RS is plenty telling indeed. We started the day with a Supersport-shod Ferrari 488 GTB. Despite being the most powerful car there, the drive left the least impression, because our instructor was adamant about not getting anywhere near the car’s nor the tyres’ limits.

About the only thing that could reasonably be gleaned from this exercise was that, at a fast road pace, the Supersports offered up more than enough grip, which was reassuring when driving a million dollar car for the first time. The next activity was the Wet Handling station, using Alpine A110s, also on Supersports. Alas, by the time we actually left the pits, the track surface had all but dried up, with a few unsighted damp patches remaining that did more to spike the heart rate than provide insights on wet cornering.

Nevertheless, this drive was still illuminating. Here, the instructors were far more encouraging, coaxing us to brake later and corner harder each lap. It also helped that the Alpine’s full performance envelope was actually accessible to us mortals.

With this, we found the Supersports extremely forgiving, allowing the Alpine to make the most of its mid-engined agility to pivot around a tight 2nd-gear hairpin, and for its rear end to break loose progressively enough at the aforementioned damp patches for us to catch before stability control intervened. Supersport R
The final station saw us sampling the Supersport R in a Porsche GT3 RS, though the instructor here was also slightly strict about our pace. That said, with sufficiently smooth throttle application we were able to exit second gear corners flat out, running all the way to the 9000rpm redline, and despite our necks straining at the g-forces through the quicker turns, there was still no indication of the tyres giving up. We ended up running out of bravado a lot sooner than the tyres ran out of adhesion, and though that may not be the most useful take away, it bodes well for the capabilities of the tyres in the hands of the average punter.

Jonathan is an avid racer and drifter (when he can afford it) and strongly believes any car can be a race-car if you have a sufficient lack of self-preservation... which helps explain why he nearly flipped a Chinese van while autocrossing it.