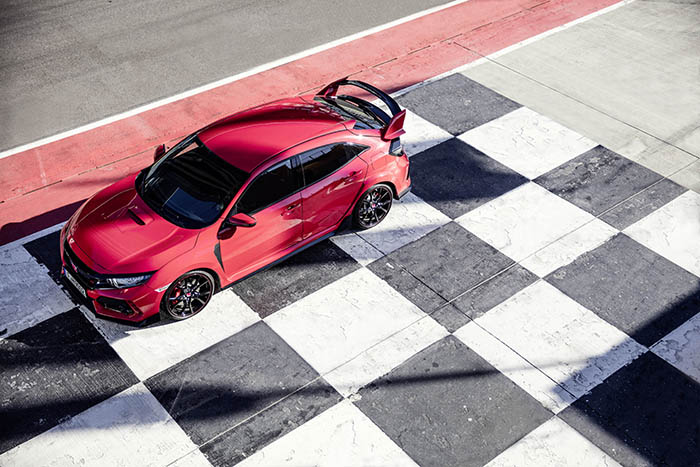 With the FK8 Honda Civic Type R, you'll scratch yourself raw if you’re allergic to wings... but they’re there for good reason 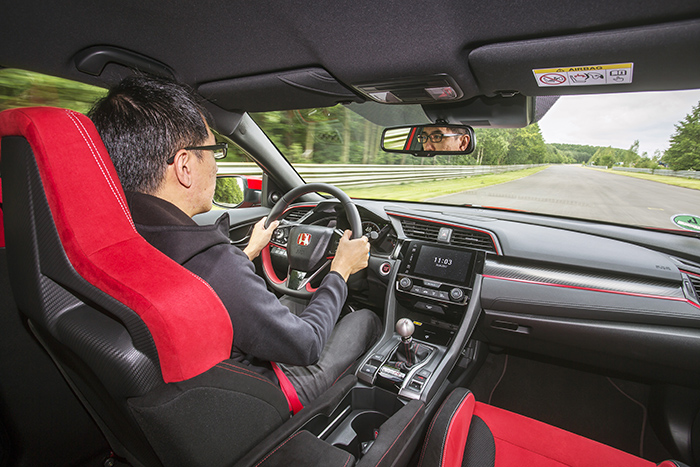 Dresden, Germany – If you ever come face-to-face with a shark, I’ll bet no one has to tell you it’s a fast animal. Or that, if it decides it wants to see what you taste like, you might as well say goodbye to a pound of flesh. Nothing is going to stop it. 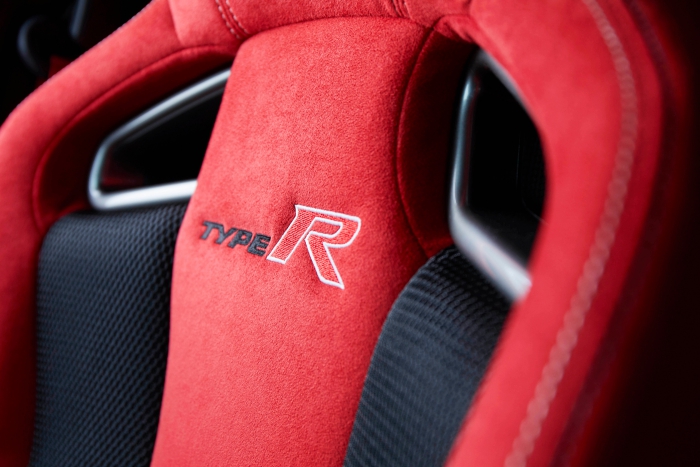 The new Civic Type R is like that. You can tell just by looking that it’s brutally effective at what it’s meant to do. And, like a shark, it evolved into its current form, gaining elements along the way that are purely there to take chunks of time out of a fast lap, the way a shark’s teeth can carve slabs of meat from your limbs. 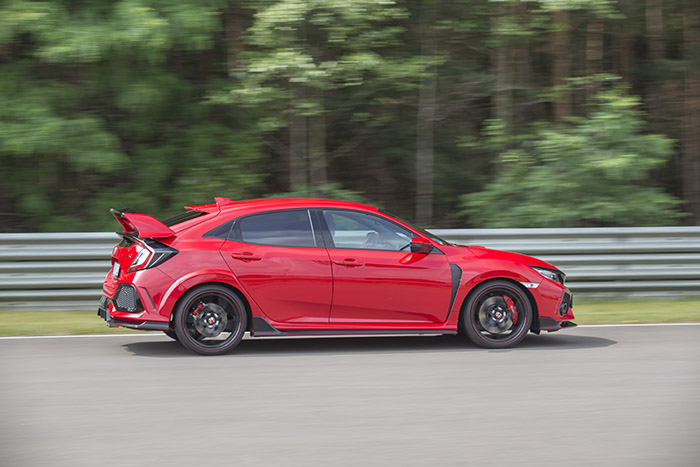 We never officially got the previous Civic Type R in Singapore, so Honda’s frequent referencing of that car while we were in Germany to drive the new one frequently went over our heads, but this FK8 model was conceived alongside the current Civic range.

That’s why there isn’t a four-door, and probably won’t be one. Honda decided from the start that the sedans will serve as the most mainstream Civics, the hatchbacks are aimed at those who want something more sporty, and the Type R is for someone who owns a helmet. Your cousin’s four-door Civic sits at the opposite end of the sportiness scale from this car, in other words. 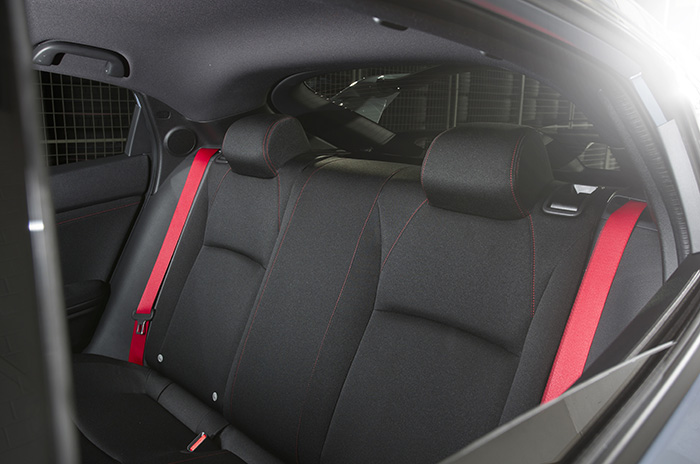 If you think about the car in those terms, it’s easy to make sense of things. There are only four seats, for example. That might not inconvenient but it saves (a bit) of weight, and it suits the Type-R-as-sportiest-Civic narrative.

And you can only buy the car with three pedals; although most of us would probably post faster laptimes with a twin-clutch thing, a proper manual ’box serves the mission of delivering pure driving pleasure. Maybe, a Honda engineer told us, if a cheaper, lighter DCT became available… 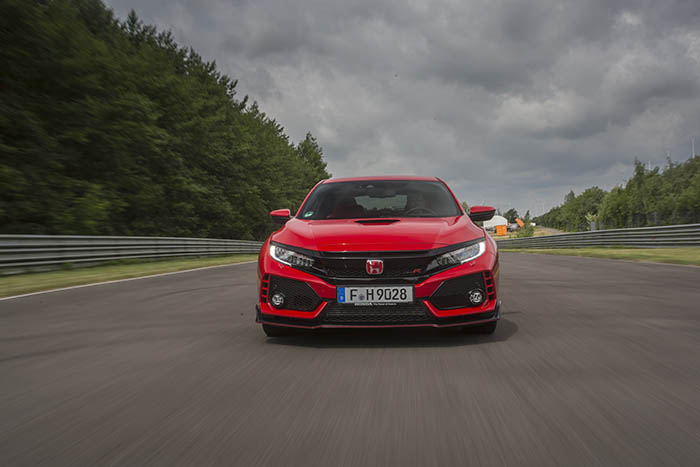 Then of course, there are the wings. There’s no getting away from the fact that the Civic is so festooned with aerofoils that its wings look like they’ve sprouted uncontrollably, like the result of some kind of aerodynamic metastasis. Mind you, only two cars in the class have bodywork that generate negative lift at speed, Honda says. This is one of them, and the other was the previous Civic Type R. The big air dams and monster rear wing are the most obvious contributors to all that downforce, but there are subtler details that all play their part, many of them there as a direct result of Honda’s title-winning WTCC campaign.

Small aero flick-ups reduce turbulence along the car’s sides to cut drag, for example, and the rear diffuser is, for once, not a cosmetic fake. As for those vortex generators on the roof… Remember the Lancer Evolution X? Same thing here. They do nothing by themselves, but accelerate the air that hits the rear wing, making it more effective. Even the bonnet scoop is functional, although it’s there for cooling rather than stability. 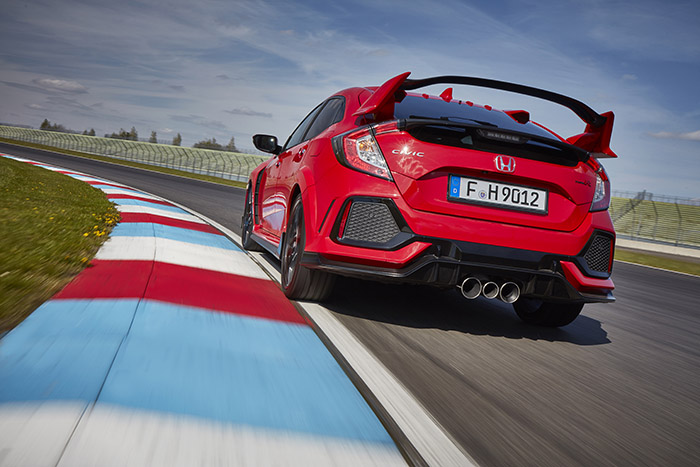 Though you can see the Type R’s wings from outer space, it’s generally hard to feel aero at work. But I’ll tell you this much, the Civic is a lot more stable on the hairy side of 240km/h than most cars I’ve driven on the autobahn.

Even way past that speed it feels as planted as an anvil, and rather than white-knuckling the wheel you feel at liberty to chatter away with passengers with one hand in the air, casually gesticulating as if you were popping down to the shops.

The Civic itself has a breezy air about it at that speed, too. Given Honda’s perfection with manuals in the past, the Type R’s gearshift works with a surprising notchiness, but there’s no faulting the engine, which hurls it all along with a lot more authority than you’d expect of a 2.0-litre turbo. The specs sheet says the Civic can triple our national speed limit, and given how rapidly it closes in on other cars on the autobahn, it’s easy to believe it. 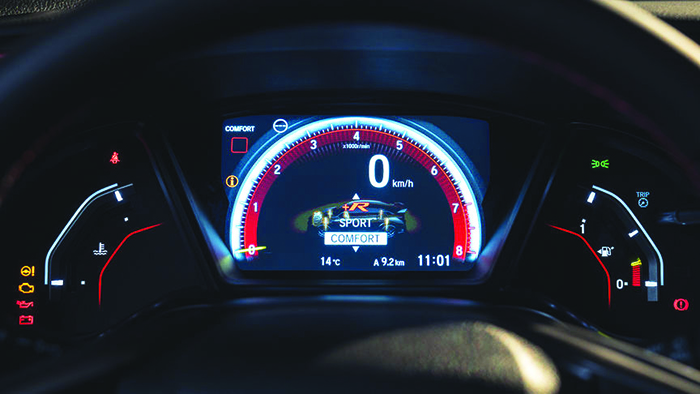 Mind you, if you’re an old-school Type R fiend, it might gnaw on your sense of purity a bit that there’s now a torque-laden turbo doing the work, instead of an insanely revvy engine that suddenly hikes its skirt up and gets going once VTEC gives it its second wind.

There’s still a VTEC system but it’s not even on the intake cams, because the turbo forces air into the cylinders anyway. Better get used to it all, though, because it’s the way of the world; you can’t buy a non-turbo 911 or V8 Ferrari nowadays, either. 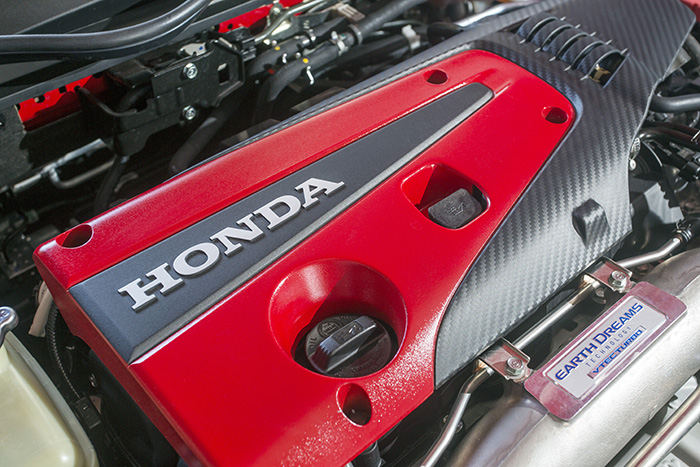 Better get used to the idea that this is a civilised Type R, too. The engine hasn’t been silenced to the point of unobtrusiveness, of course, but maxing out a Type R used to be a deafening affair. Now there’s a generic sort of four-cylinder howl, but at least things don’t get boomy inside.

Nor is there an exhaust drone at constant speeds, for which you can apparently thank the centre tailpipe. It’s linked by internal channels to the outer two pipes, but works in a weird way, joining them to expel hot gases at low to mid rpms, only to suddenly generate negative pressure at high revs, so that it actually sucks in air. This cancels out some resonance, says Honda, resulting in a boom-free cabin. 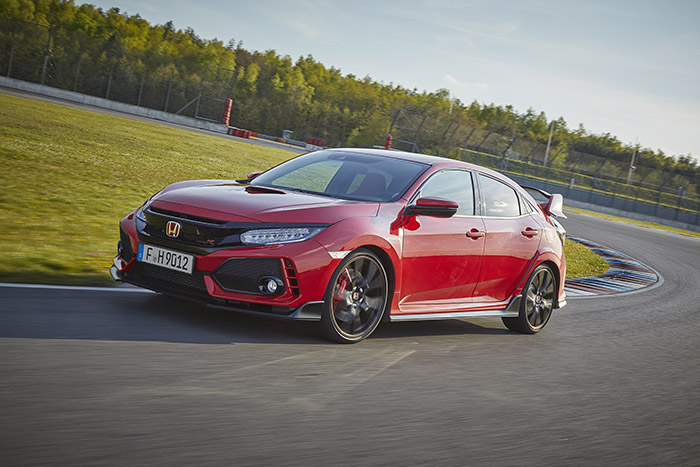 Between that, the effortlessly powerful engine and the aero downforce, the most palm-moistening thing about a top speed run in the Civic is the behaviour of other road users, especially the trucks that tend to whip out into the fast lane of the autobahn and oblige you to stand on the brakes.

Just as well the Civic has mighty Brembos, which are fed a constant stream of cool air by ducts. Apparently, after four weeks of foolishly letting journalists drive the Type R on the track, Honda says none of the cars had a single problem with brake fade. Oh yes, the track. If you don’t do track days, you’ll probably start if you have one of these. Honda gave us seven laps on the Lausitzring, more than enough to demonstrate the car’s near-perfection on the circuit. If the car’s bodywork didn’t make your eyes widen, its handling will. The steering is geared at a fast 2.1 turns lock-to-lock, and it’s complimented by front-end grip that’s relentless. You’ll have an easier time convincing a hungry shark to let go of its lunch than to get the Civic to ease its bite on the tarmac. The smallest hint of understeer can be provoked if you enter a corner too hot, but even then it can just as easily be undone by easing off a bit. Of the Civic’s three driving modes, the sharpest +R setting (one above the default Sport mode) is what you want to transform the Honda from hot hatch to giant go-kart. It firms up the dampers to the point where there’s a noticeable chop to the amount of body roll in corners, and between that and the softest Comfort mode there’s a huge difference in the car’s composure. More so than on the street, actually, where even the +R mode isn’t unbearably hardcore. There’s a mechanical LSD, as well as a brake-induced torque vectoring system, so the Civic is insanely effective at blasting out of corners. Torque steer? There isn’t any. A tricky dual-axis front strut system adds a steering hub close to the centre-line of the front wheel, giving it less leverage with which it can exert force on the steering arms, resulting in a tug-free drive out of bends. As for the rear, it’s notable more for the absence of any noteworthy behaviour than anything else. A switch to a multi-link set-up has brought greater toe stability, so the Type R is apparently much more composed under hard braking than before. It never once got squirrelly when we were driving, anyway.

Whatever the case, the fast laptimes seem to come from the Civic’s unimpeachable stability and awesome mechanical traction. It’s like they’ve attacked and sorted every area of influence over a car’s pace on the track – aero, suspension, engine, braking, steering ratio, you name it – the result is what you see here, a hatchback that’s faster around the Nurburgring than the first Audi R8 V10 was. If there’s a weakness, it’s the new auto-blip feature, which gives the engine revs an automatic boost when you downshift for bends. It’s fine on the street but just doesn’t work fast enough on the track, leaving you better off doing your own fancy footwork with heel-and-toe shifts.

I’m not even sure if that’s a flaw, because apart from putting unfeasibly fast laptimes within reach of the reasonably competent driver, the Type R is also meant to serve up everyday driving pleasure. And there’s not much that’s more pleasurable than pulling off the perfect downshift by dancing with the pedals. As for the ‘everyday’ part, it’s certainly a broadly talented car, with proper usability built in. The cabin isn’t posh, but the Type R is a Honda, which means there’s space for odds and ends, the view out is good, and you’d bet money that none of the switchgear will come off in your hand someday.

And while I would’ve loved to drive, say, an Integra Type R around Sepang, I might have dreaded the prospect of covering the 300km to the circuit itself. Not so with this car. It stops short of the refinement of, say, a Golf GTI, but a three-hour thrash up the North-South Highway in it isn’t going to leave your ears ringing or your spinal column an inch shorter than when you started. Whether the Civic is raw enough for your liking, it’s bound to be supremely satisfying machine to any trackday hound. Just prepare to be avoided by drivers of more powerful machinery if there’s a competitive atmosphere in the pits. Other people know a shark when they see one.