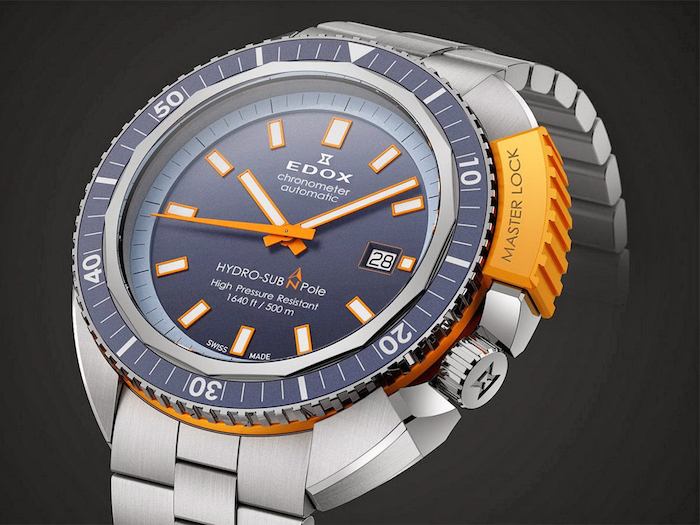 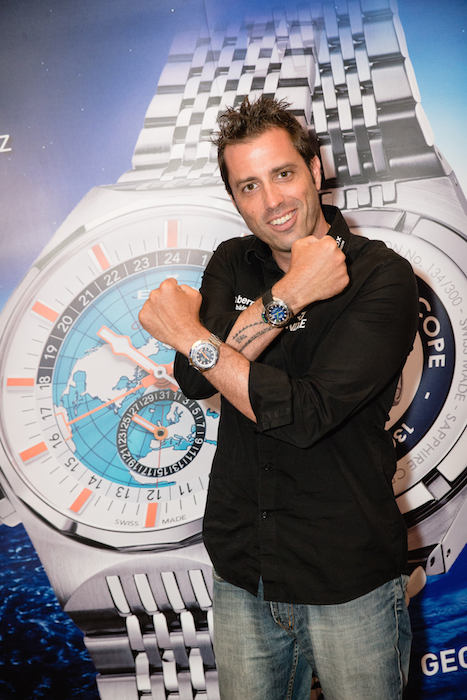 In the film, a handsome diver who faces fierce competition in the world of freediving, where divers compete to see who can descend to the furthest depths of the sea with no equipment other than their own courage and determination.

Born in 1976, Redl started freediving at the age of 20. By 1998, he had accomplished his first national record at the Freediving World Championships in Sardinia, Italy.

He later went on to set a total of nine world records including five for the discipline of apnea freediving under ice.

In 2003, Redl set yet another record under ice in Carinthia, Austria, where with the help of a pair of dive fins, he descended to 150 metres under closed ice cover.

This was also the year Redl decided that he would one day do the same but in the Arctic Circle.

Twelve years later and he has done it with Edox in tow. 'Having to negotiate with the Russians to enter the pole took a while,' says Redl.

After finally reaching the site, Redl did a total of three dives, racking up just over 10 minutes under water. 'But it was worth it,' said the Austrian of his fleeting experience.

Apart from being an adventure-seeker and pro diver, Redl is also an ambassador for Edox, a brand founded by a gifted watch-maker in 1884.

Today, the Les Genevez-based company is renowned for designing watches for sporting champions across a myriad of disciplines.

Edox is the official timekeeper for the Dakar Rally, where competitors have to traverse rough terrain including tackling dunes and mud pits. 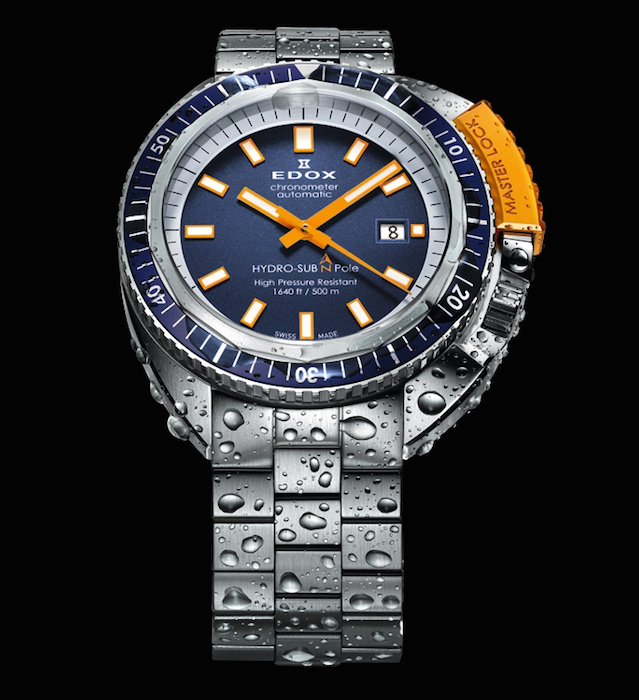 For Redl's dive in the North Pole, he had nothing but his wetsuit and 2015 Edox Hydro-Sub North Pole Limited Edition as creature comforts. 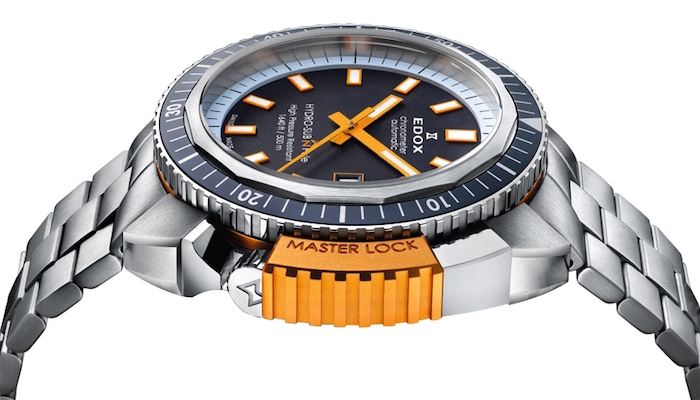 Designed to withstand -30c of subfreezing temperatures, Redl relied on the watch's automatic movement to keep time as he descended into waters of about -2c under the polar ice cap.

With the Edox Master Lock on, the watch's diameter measures in at 49mm. The caseback is specially engraved with an image of the Earth as viewed from the North Pole, a fitting tribute to Redl's freezing freediving accomplishment.

The Edox Hydro-Sub North Pole is safe to wear in waters of about 500m deep for no longer than 30 minutes at a time. It is made from stainless steel, and is built with a double sealed crown system with tension ring and shock-absorbing gasket.